September 22, 2022 | Tagged: Costa Rica
​I spent 3 nights, 2 full days in Cahuita and on my 2nd day there, I backtracked the 43km to the port and former railway town of Limón. 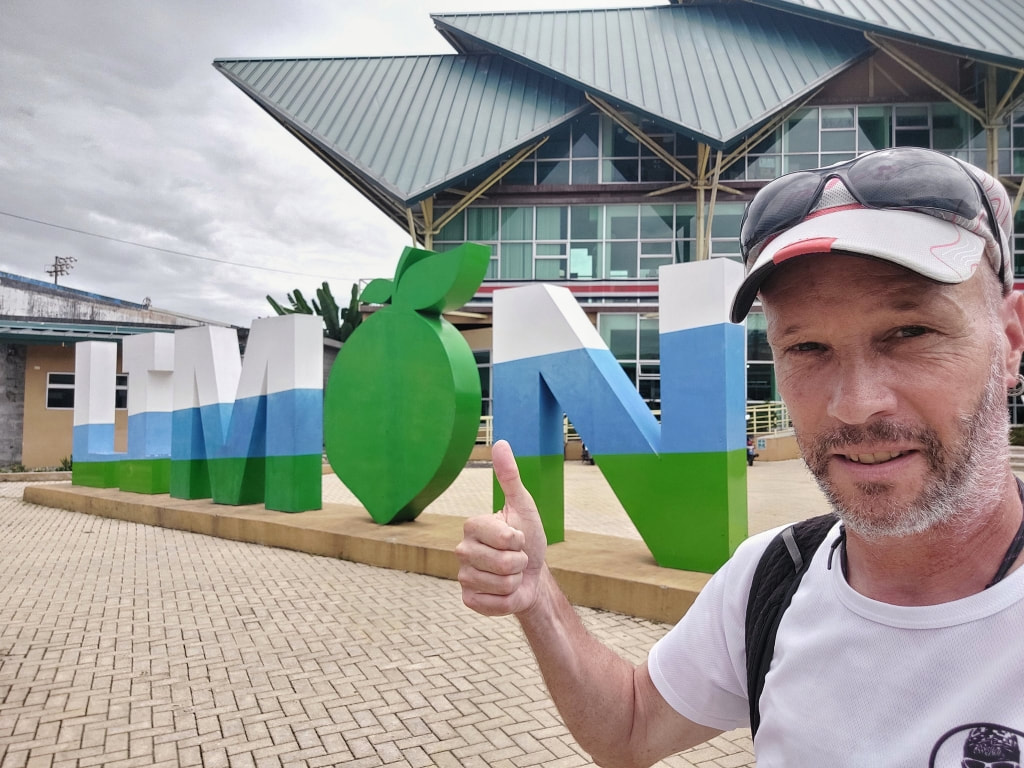 Definitely not your typical backpacker destination.  But lately, am finding places with 'nothing' more interesting than the must-see places because there is always something to see (is this a sign that I have arrived at the end of the road?).

It might not be a volcano or an animal park but if you take your head out of whatever guidebook (or blog) you're using and just walk, aimlessly you always come across. 'something'.

So after a hearty desayuno completo (vegan) at Aroma Coffee Bar and Breakfast in Cahuita, Costa Rica 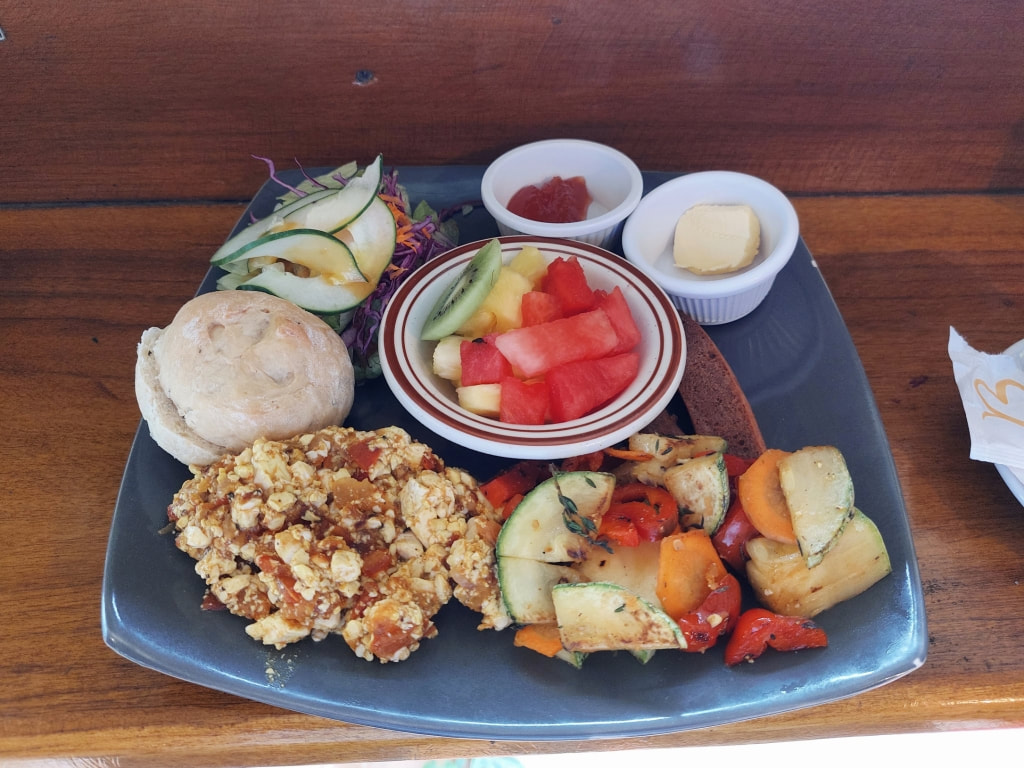 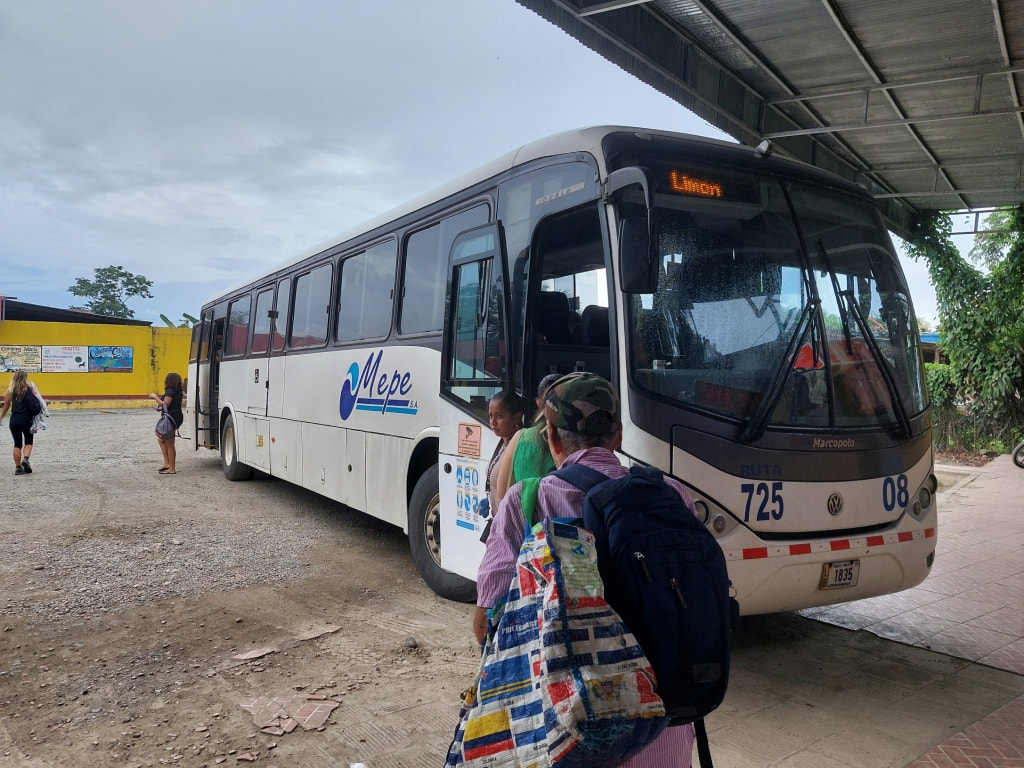 Limón is a shipping port and cruise port, though I saw no evidence of any activity. Everything looked pretty derelict. Though when I came into Limón the other day from San José, the last 10km were lined with container storage depots, so I am presuming that Limón does still function as such and it's just not cruise season in the Caribbean at the moment.

Limón was also the end of the line for the Costa Rican Railways which ran from Puntarenas on the Pacific to San José and onto Limón on the Caribbean coast.

So I followed the tracks through town to the old station.

Just a semi-derelict yard with some diesel shutters in various states of decay though one at least does function as I saw it in operation on the day I first came through Limón. Doing what remains a mystery. 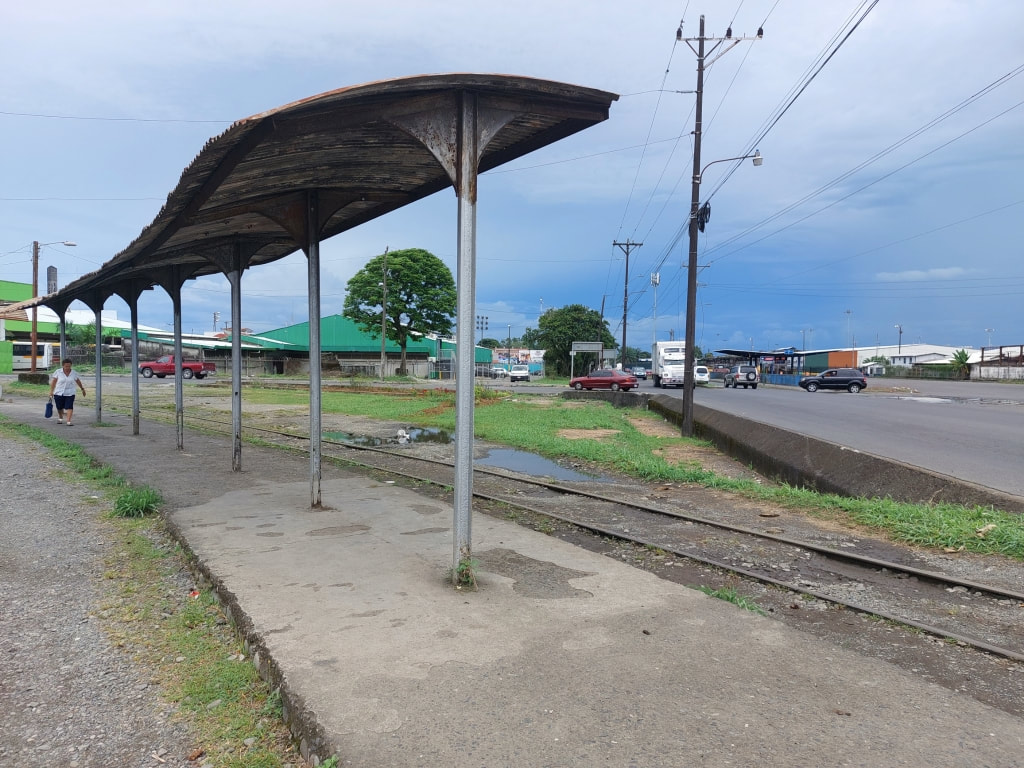 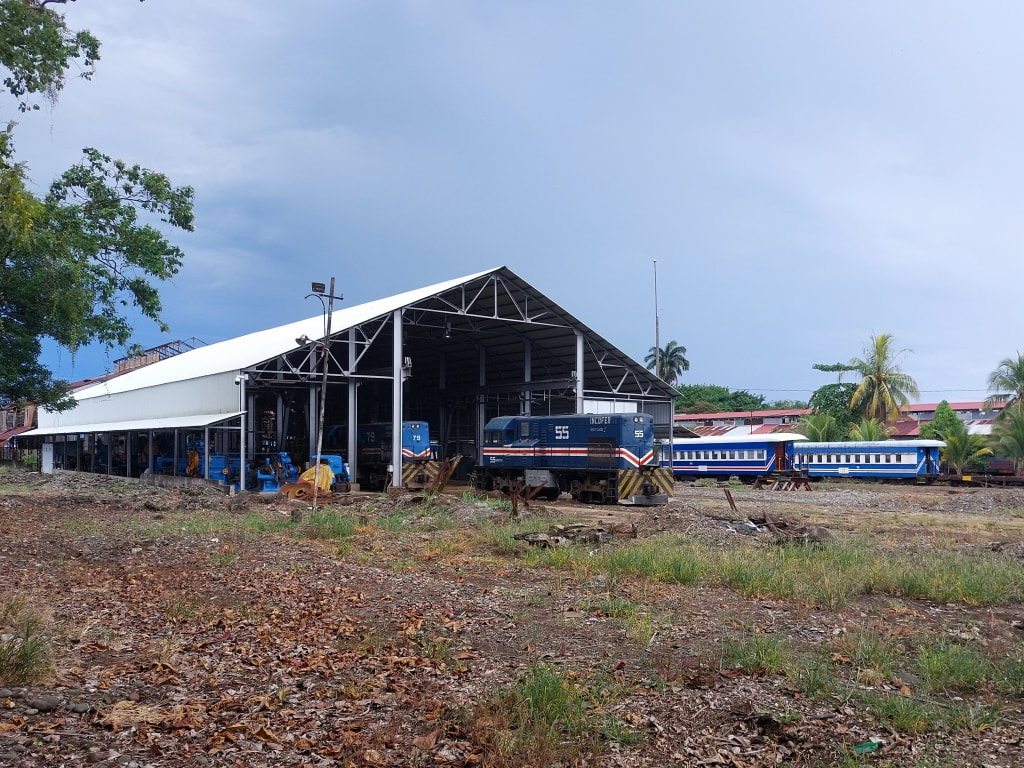 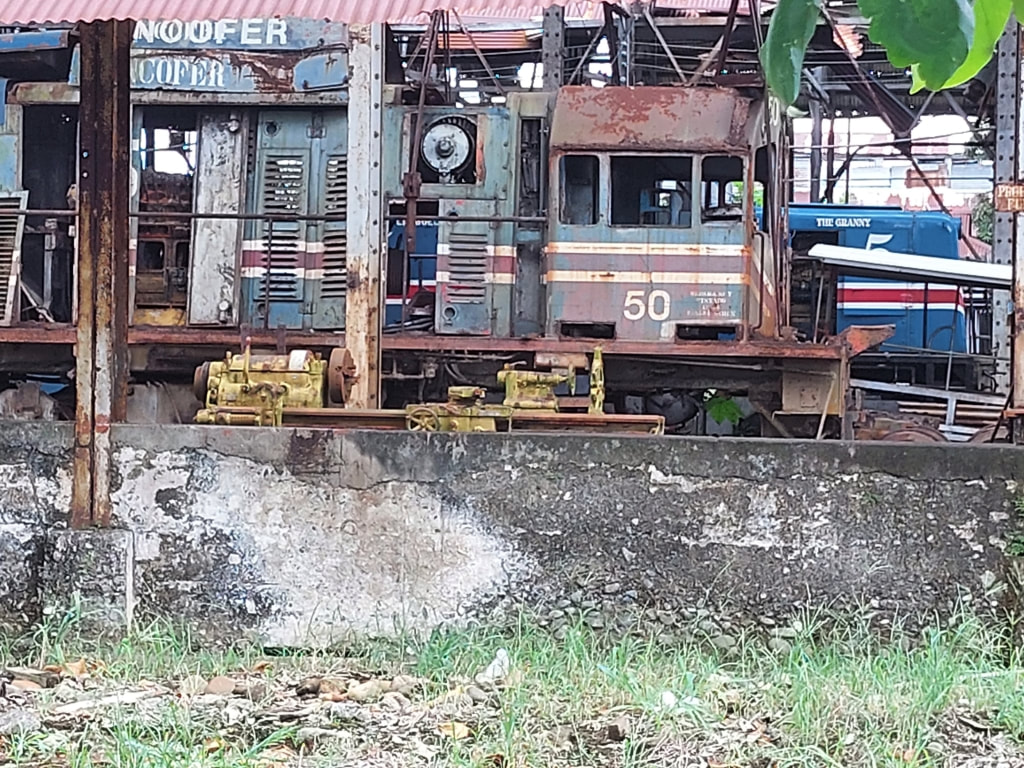 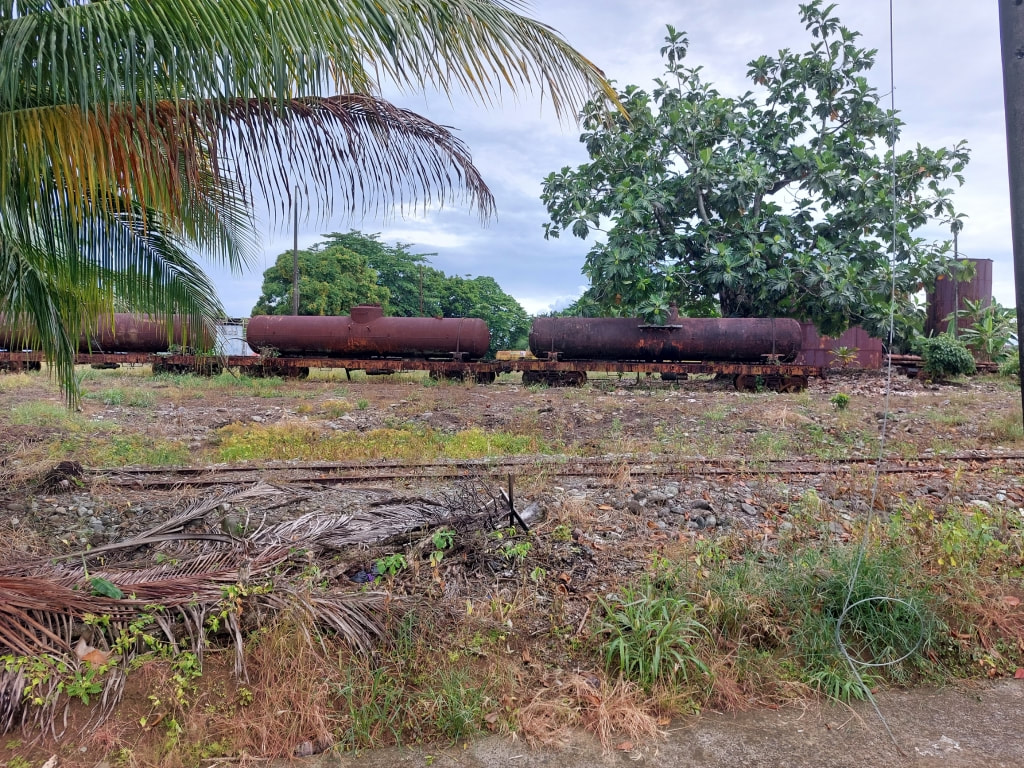 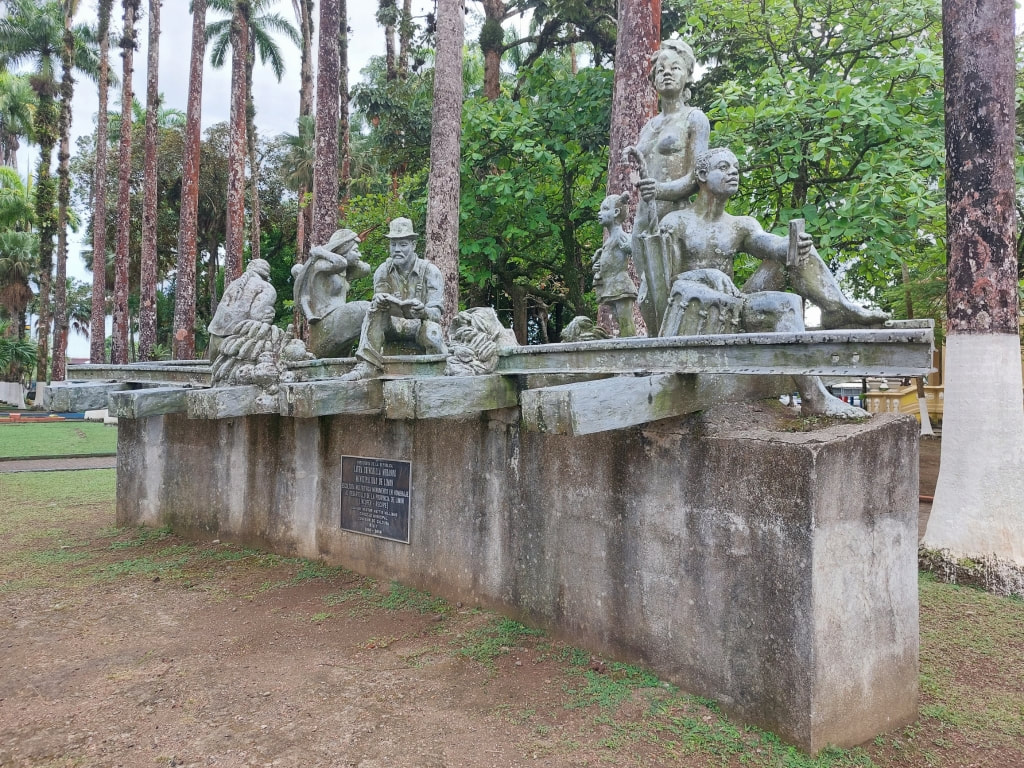 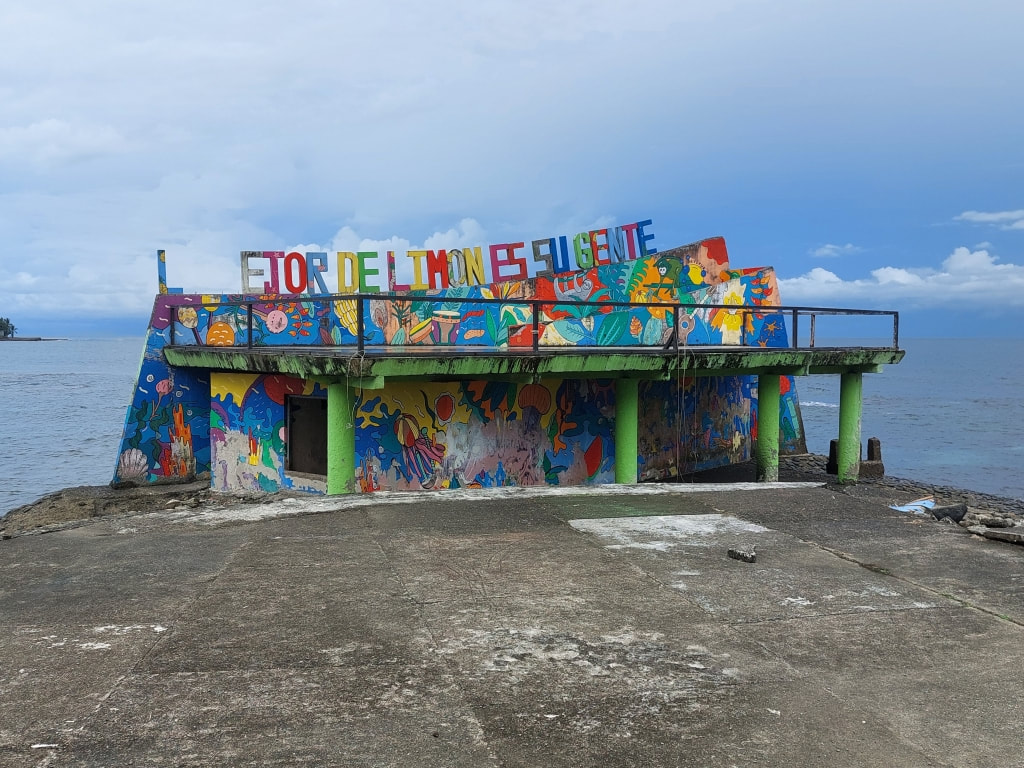 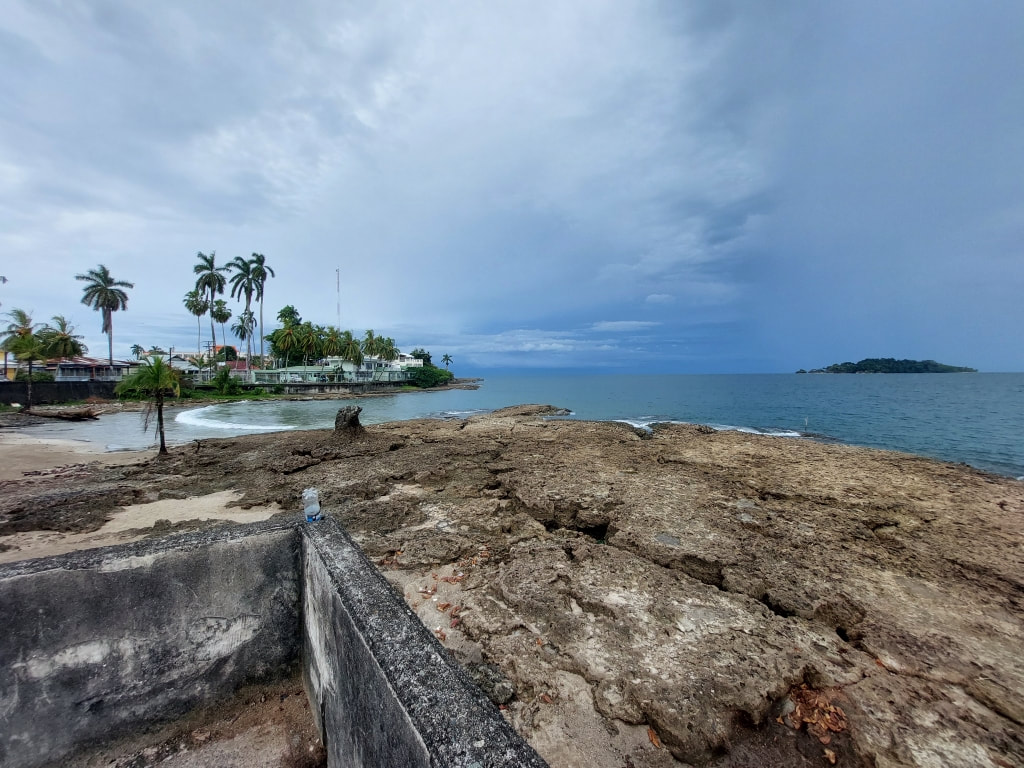 2 blocks from the bus terminal is the rather odd-looking catholic church: 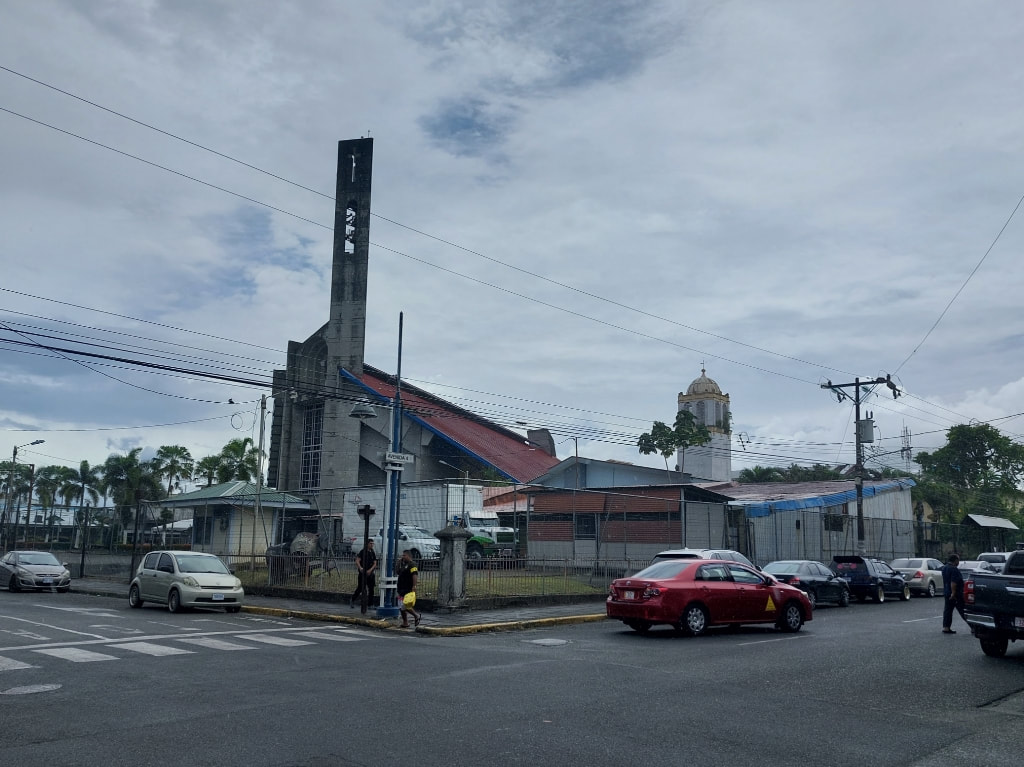 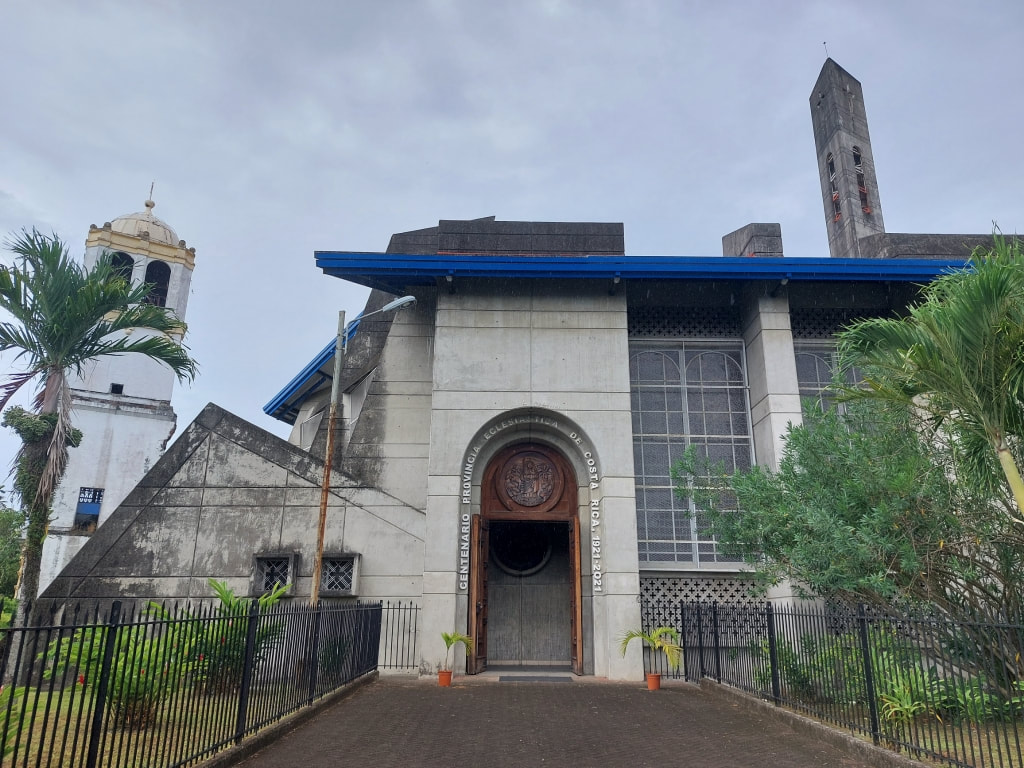 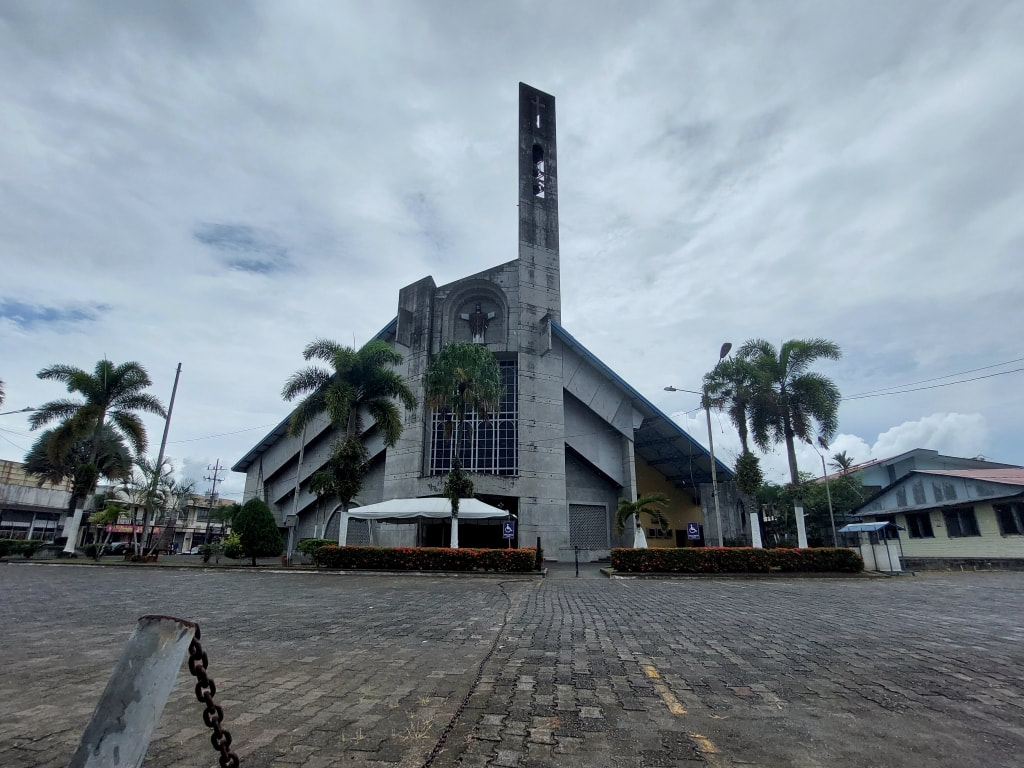 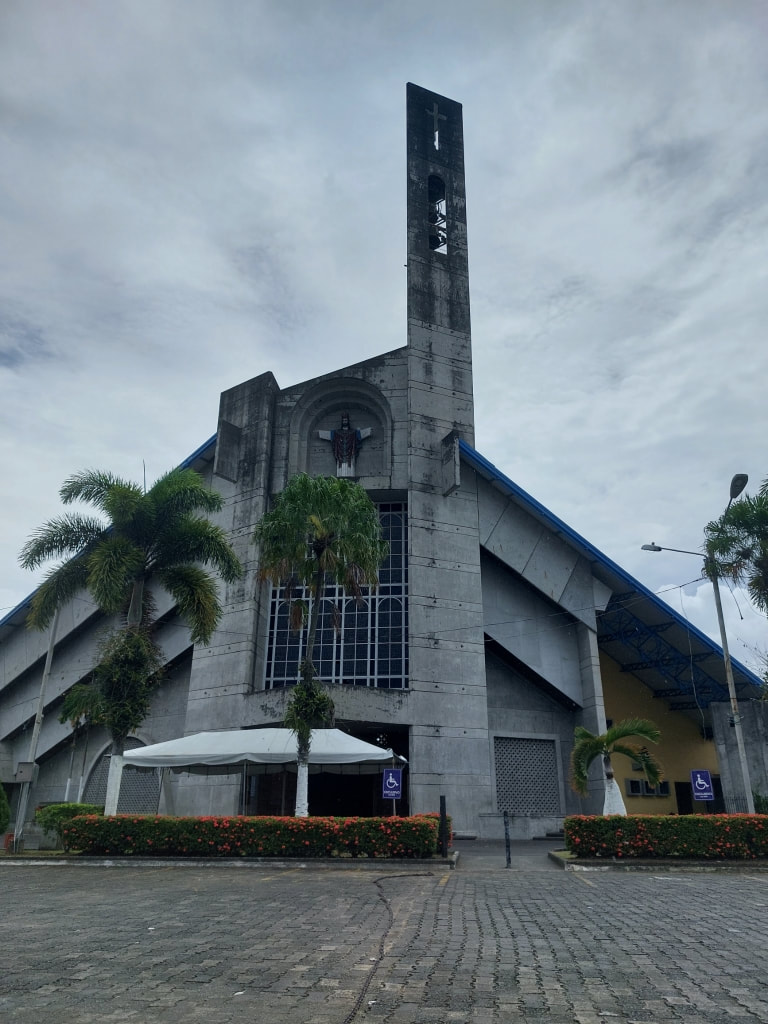 The Municipal Palace dates from 1942. The facade was designed by José Maria Barrantes Monge, one of the great architects in Costa Rica in the early 20th century. 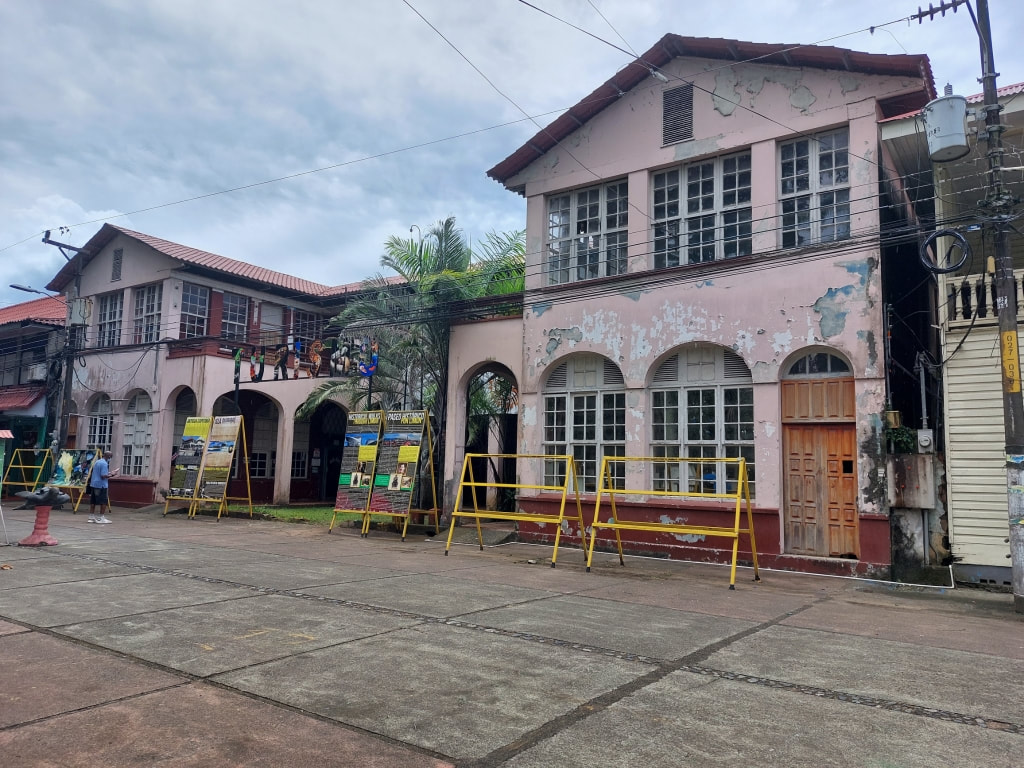 Outside is a statue of indigenous hero Pablo Presbere.

Born in 1670, Presbere became the most feared warrior in Talamanca due to his bravery and valour in rebelling against the Spanish invaders in 1709.

The indigenous uprising stemmed from the injustices by the Spanish against the people in the Talamanca region. 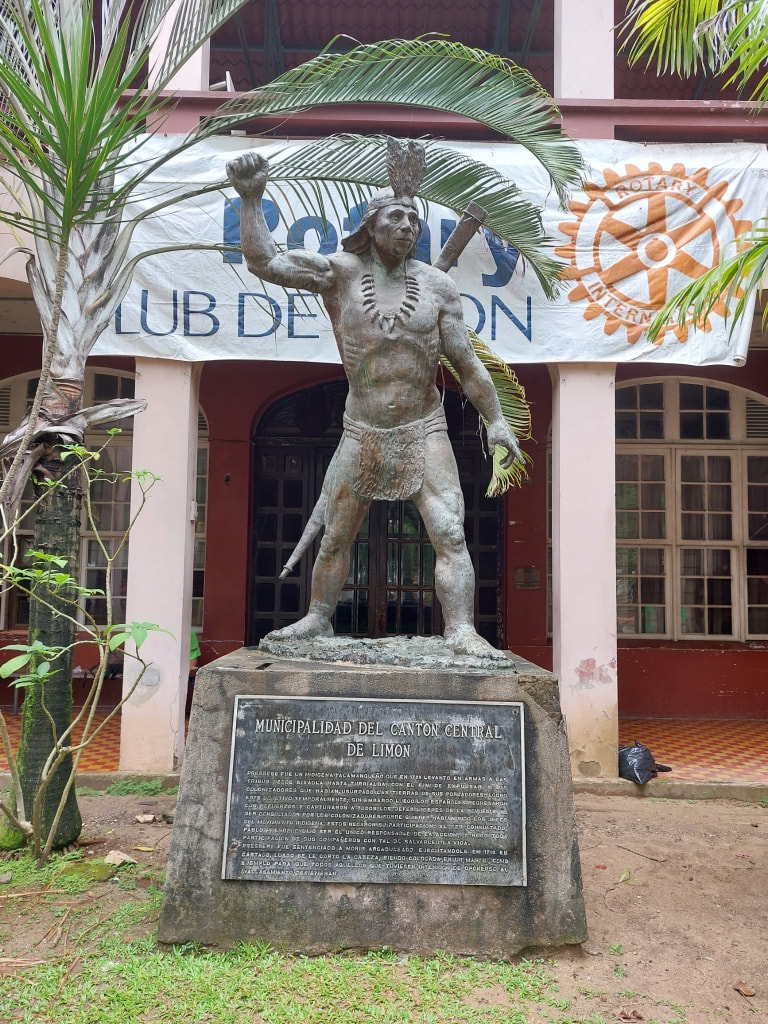 The Port Authority building dates from the 1930s and was used until 1986. The style is Afro-Caribbean. 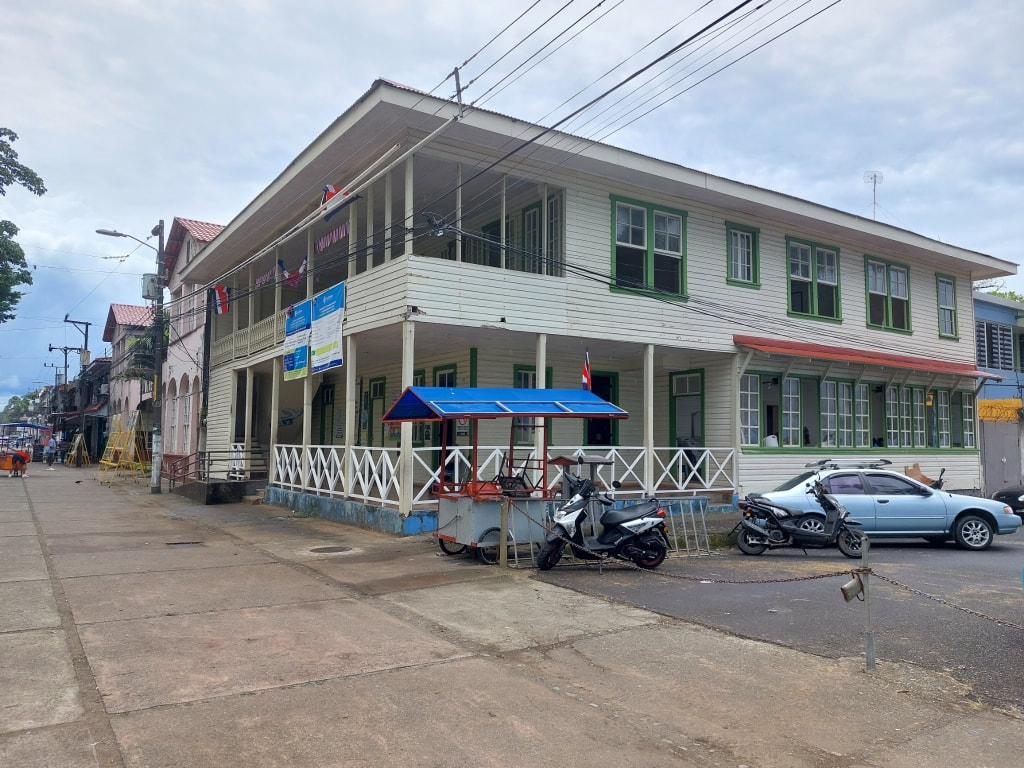 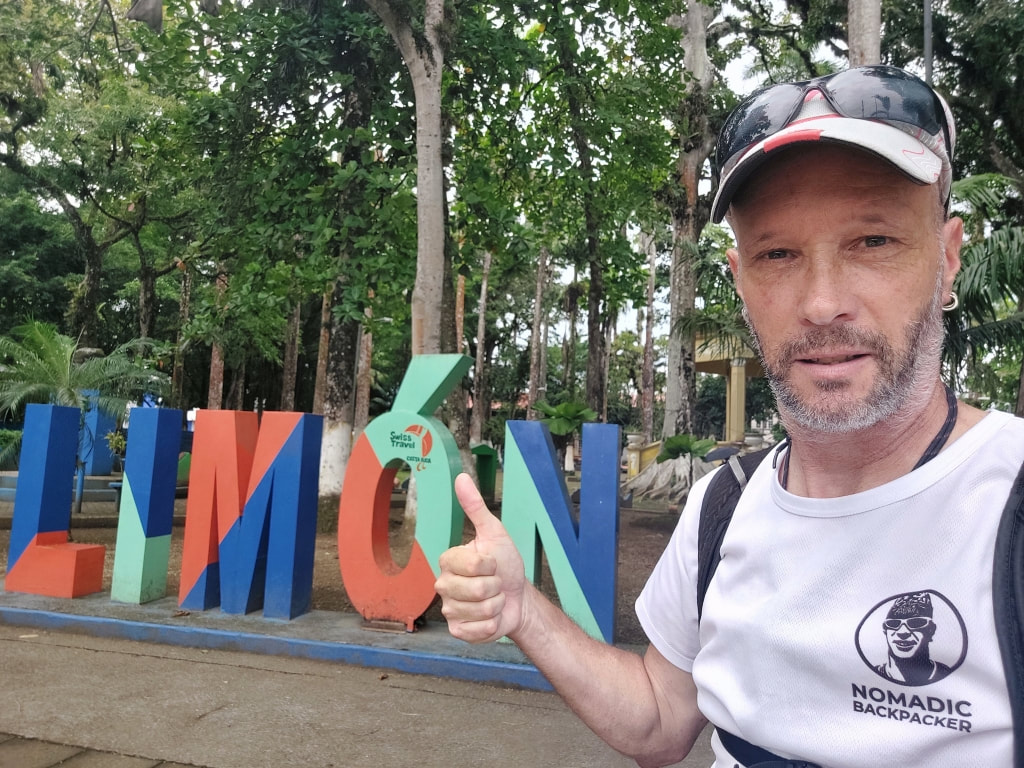