Connect on Twitter
The dramas on my latest word travels continue. A 7.1 Magnitude earthquake hits Acapulco and despite being more than 200 miles away in Mexico City, the effects were felt. 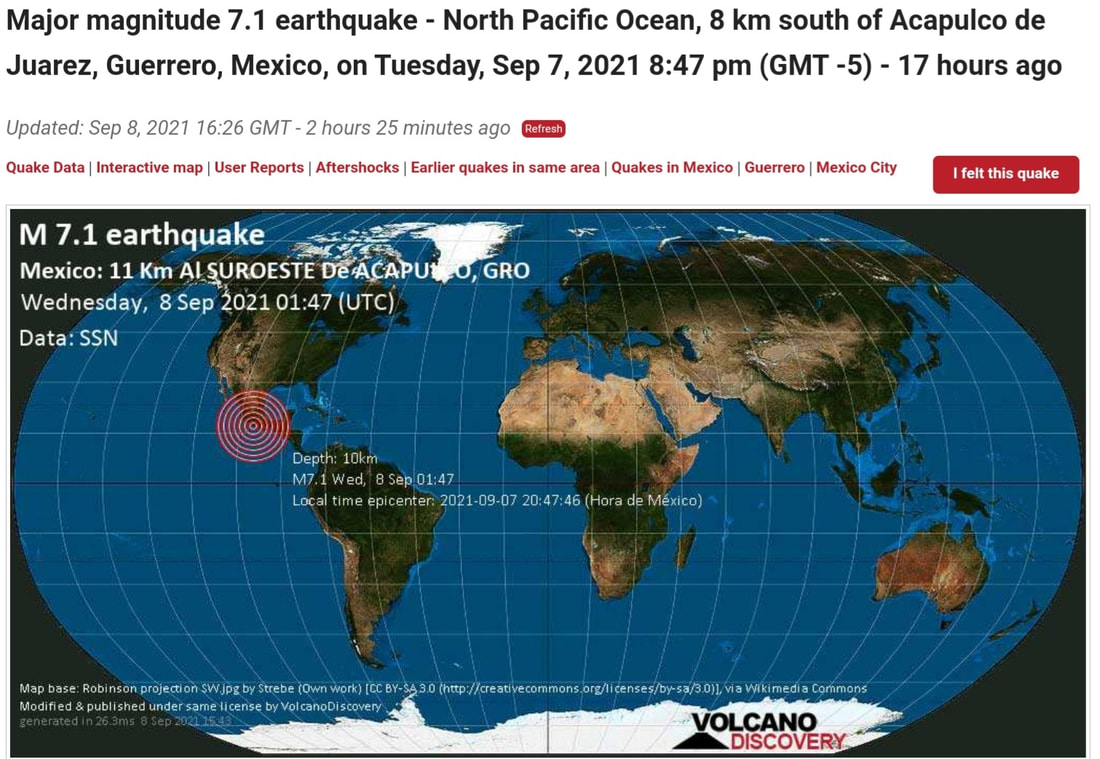 In the Roma Norte neighbourhood of CDMX, Mexico City, just before 9 in the evening, the earthquake alarm once again sounds. Yes, we had another call back in March earlier this year.

When I was in San Pedro, the ground started shaking for about 5 seconds. Guatemala has its fair share of quakes too yet there is no evacuation protocol. Here, yes.

I am just not familiar with the alarm. To be honest, I don't think it's very loud and the police and ambulances are screaming up Alvaro Obregon day and night.

My girlfriend and every other person in Mexico City are very tuned into the sound of the alarm. I am not sure how they can tell the difference from all the other alarms, and not just the police and ambulance; car alarms and building alarms too. But I am glad they can.

So I am sitting on the sofa and she is moving quick. I was like, ' what's up? '. Then the penny dropped. She was saying, "Alarma Sismica". She was on her way to school when the 1985 earthquake hit and at work in 2017.

Luckily we are on the first floor, one up from ground. Shoes on (it's pouring out), rain jacket, doggy, 2 sets of keys and fucking masks, and we are out of the door.

You do get some warning but not much. 10 or 20 seconds is all. We are out on the street and to me, it felt like stepping onto dry land after an extended period at sea.

There were 2 further aftershocks of 5 and above at 21:18 and 21:58. I had a bag prepared containing my passport and Miss CDMX's purse, spare masks, umbrella and water. All we had to do was put our shoes on and grab doggy and get the fuck out.

The building next door has an alarm that goes off when the earthquakes are 5 and above. So, yes we were back out on the street. The City Alarm goes off at 5.5 and above.

I have been on the road since Jan 6 2020. I have been dodging Covid and lockdowns. Yeah, I served my time in Kenya. 103 days stuck in Naivasha. I had to isolate in Skopje for 2 weeks. And after that, I ended up in Turkey and the hotel in Sanliurfa I was staying in, had a fire.

I escaped to Mexico. The March 19 Earthquake, another in Guatemala and in Mérida, Hurricane Grace passed through the Yucatán.