I visit Elbasan, So You Don't Have To

September 8 2020
​
Connect on Twitter
Elbasan, the geographical center of Albania, doesn't have much going for it. I went there so you don't have to. 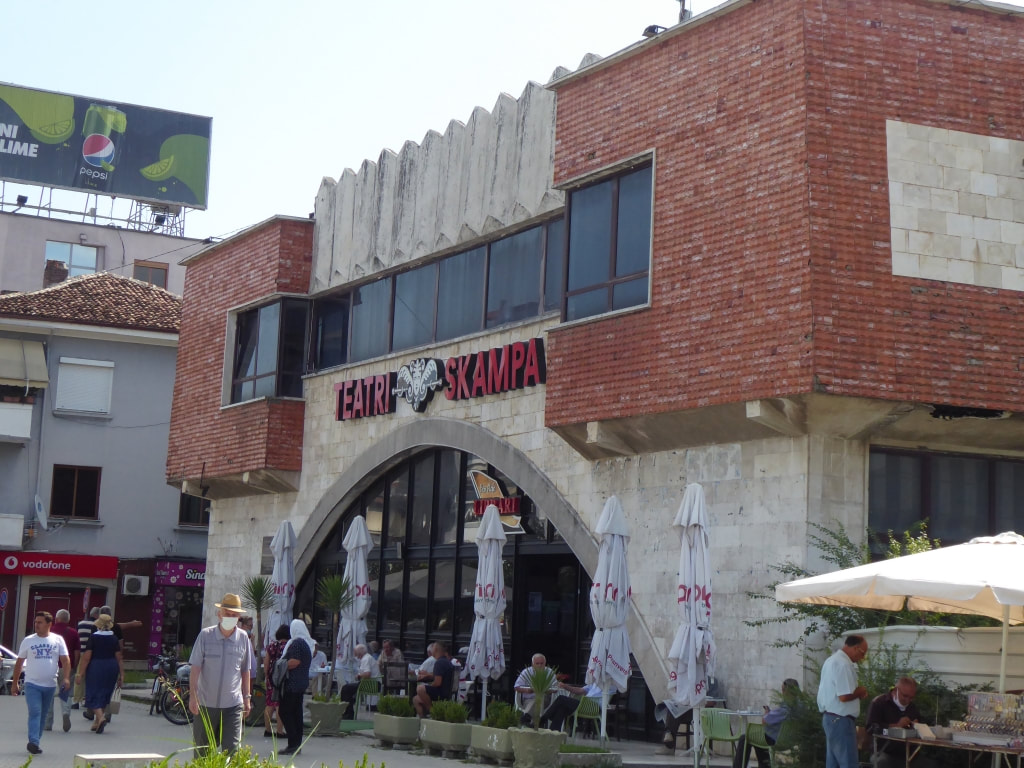 There should have been a train at 08:15 from Durres to Elbasan. This train should have started it's journey in Tirana at 07:05.

2 weeks ago, I saw the 14:45 from Durres to Elbasan at the station here in Durres. Enroute to Tirana, I also saw the early morning Tirana Durres Elbasan train just outside of Kashar. So it did exist. 2 weeks on, we are now in September and the schedule has either been reduced or completely cancelled. It was hardly a money-making enterprise.

Durres to Kashar (Tirana) is just 70LEK. Maybe they've given it up as a bad job. The carriages are verging on derelict, the engines built in Praha when The Czech Republic was still part of Czechoslovakia. But a classic blast from the past it was.

I took a minivan which left at 08:15, journey time, just less than 2 hours for the 85km. The fare was 300LEK.
Arrival point is at a small round-a-bout on the south side of the city. To get the centre just head to the left for about 7 or 800meters.

​Something found only in Elbasan is bugaçe. It's a bread-based snack taken at breakfast time and was keen to try it. So I entered the first furra I found and showed the girl my phone as I was unsure of the pronunciation.

'I am sorry we don't have that here'
'Do you know where I might be able to buy it?'
'I don't have any information about that', hmm!

I kept walking. I saw the remains of the castle wall. There is a clock tower, a statue of Aqif Pasha who organised the Elbasani people in the revolt against the Ottoman Empire and was also a close ally of Ismail Qemali in declaring Albanian Independence in 1912. 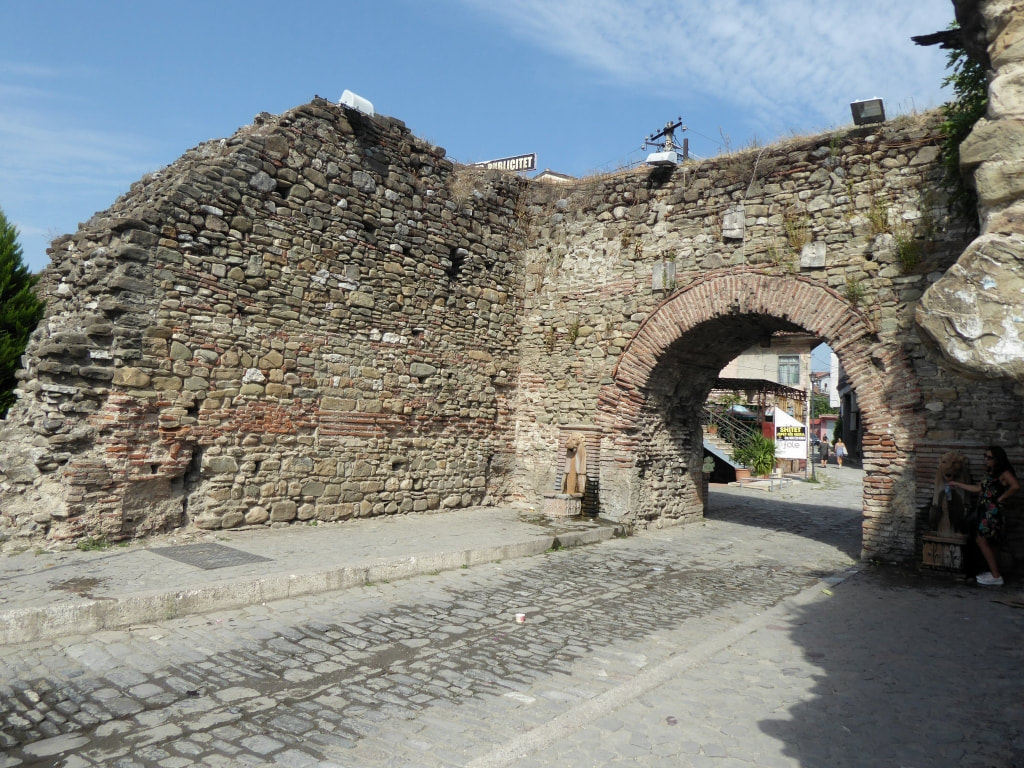 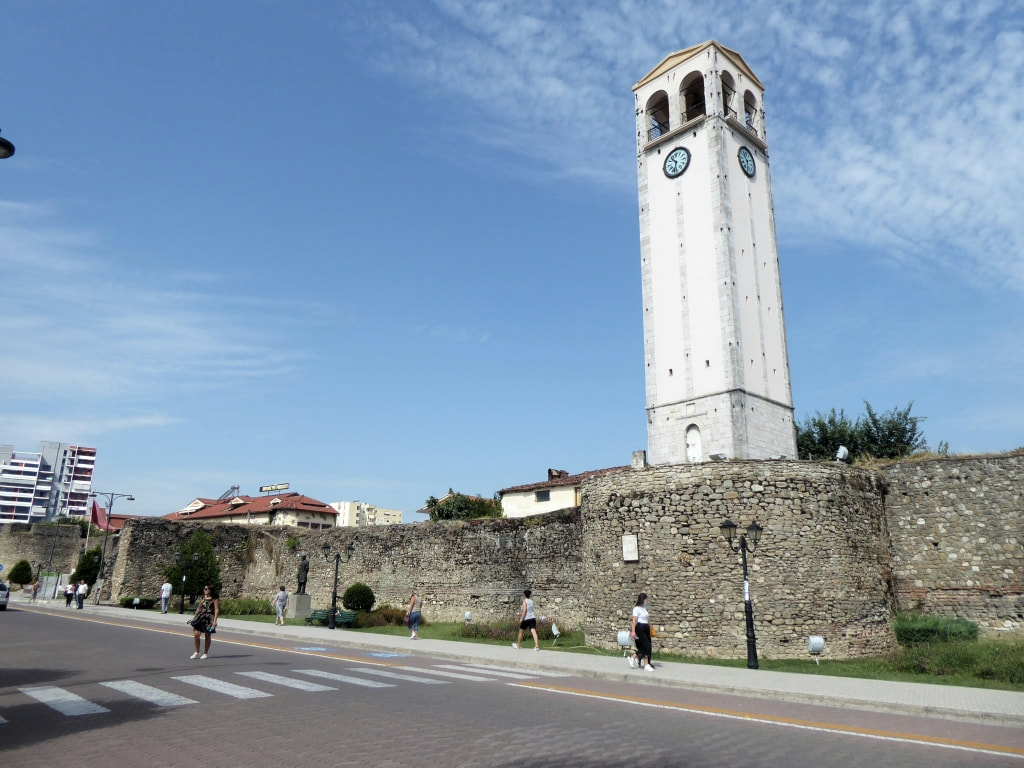 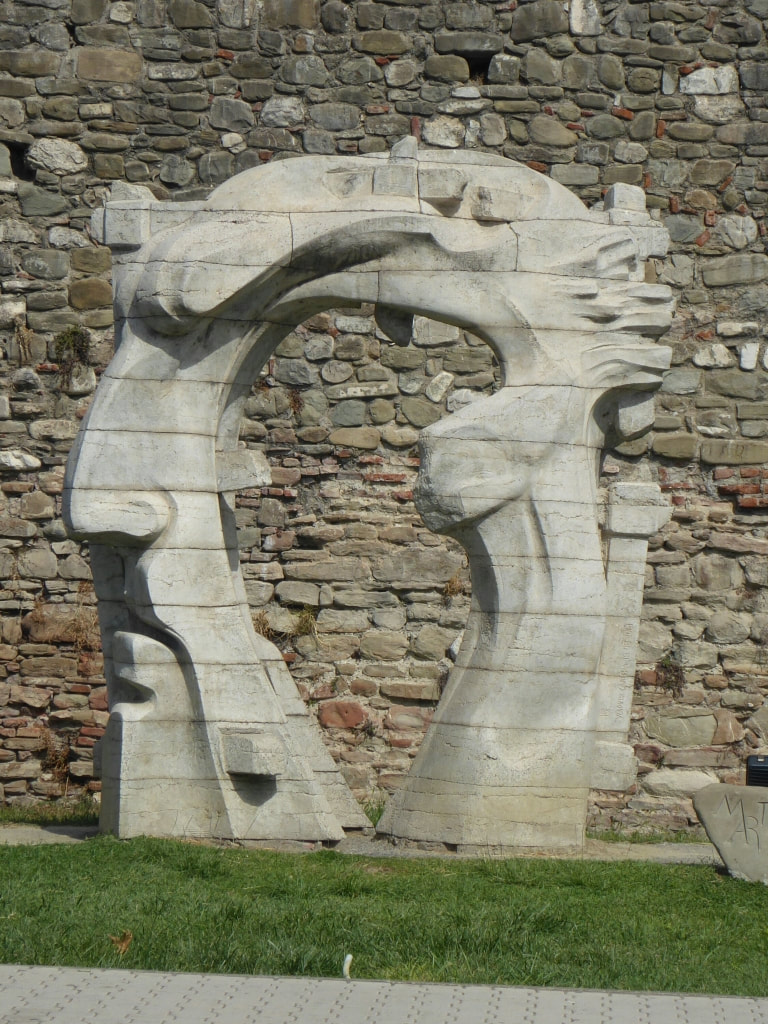 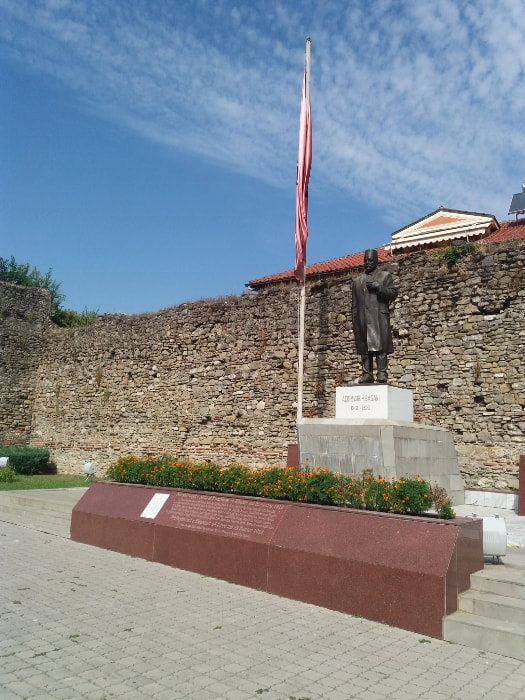 I spotted another bakery. Pretty much the same story. The theme for the day I guess. I mooched around inside the castle's wall, which is just some cobbled streets, the Xhamia Mbret, The King's Mosque which is one of the oldest functioning mosques in Albania but from the outside, it has been so heavily restored that it could have been built last year.

Nothing else caught my eye. Once you've been in Berat and Gjirokaster it's gonna take something really good to make me go 'oh wow'!

Back in the new part of town, I inadvertently took the wrong street and look what I saw: 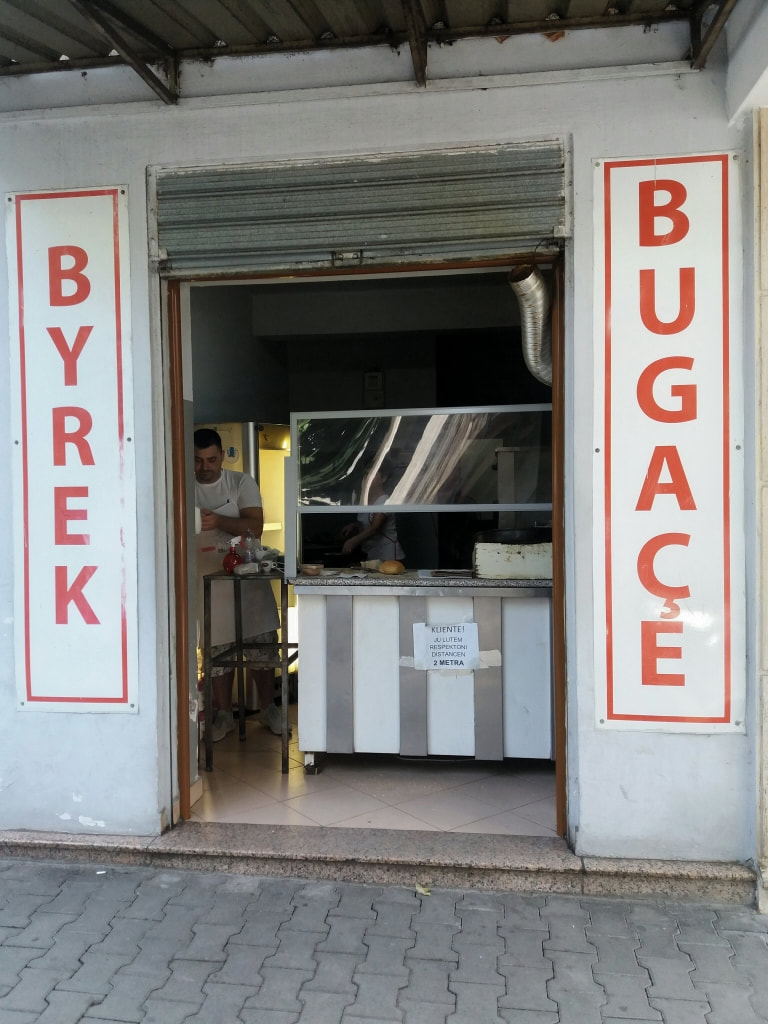 The day was saved. Or was it? 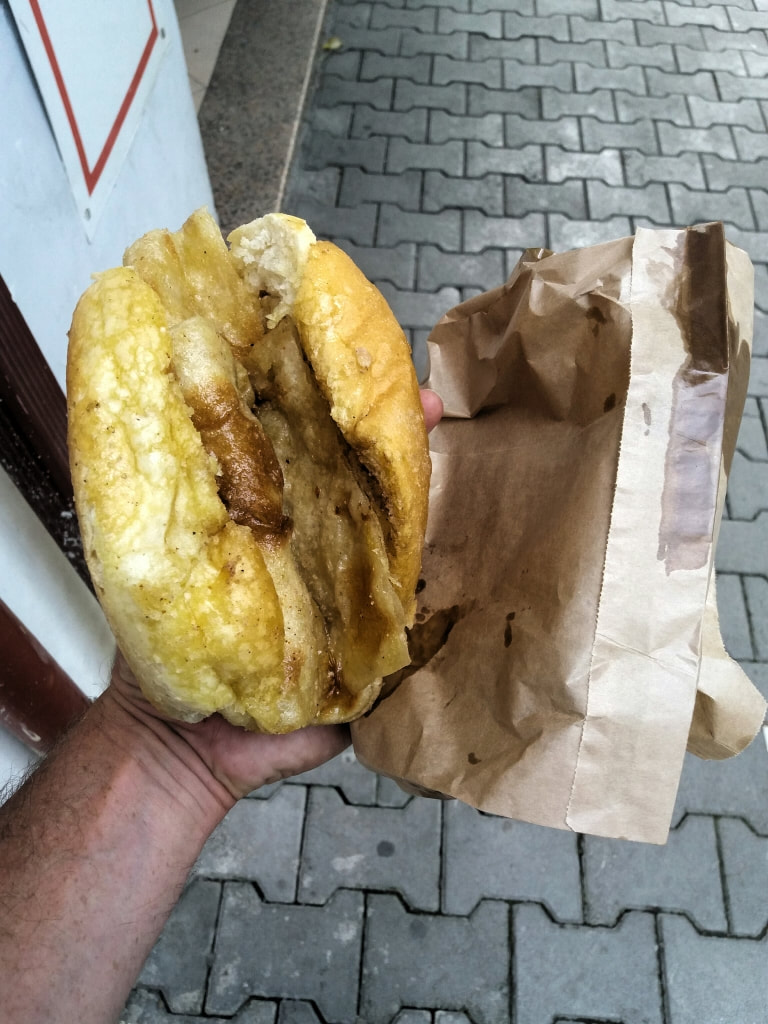 Bugaçe is a bread roll cut in half, heavily buttered and stuffed with 2 pancakes, sprinkled with some unknown powder/sweetener. A double dose of carbs if ever you needed it!

It sat heavily in my stomach. In fact, I left half of it for the city's stray dogs.

I'm sorry Elbasan but nul point. But you are free to go and see it for yourself. Prove me wrong!

I caught another minivan back home to Durres.

​Filed under: The Balkans
​