Connect on Twitter
Acquiring Guatemalan Quetzals before going to the border 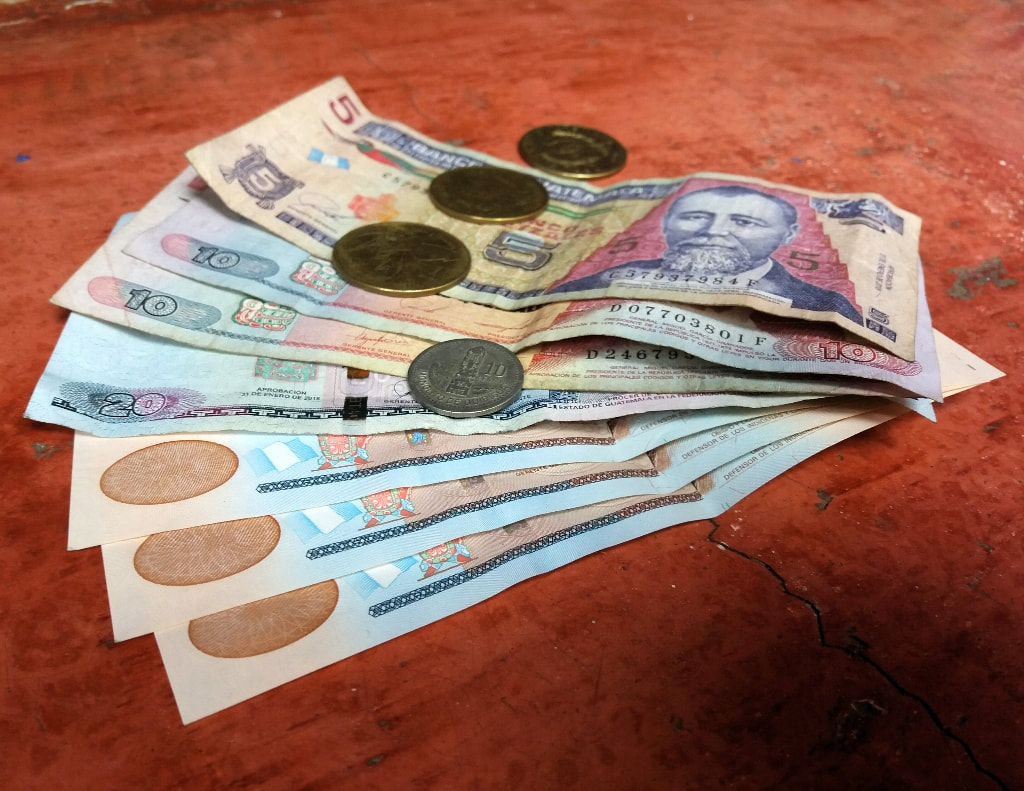 When crossing land borders you never know what to expect. Many border crossing points have facilities to change money, albeit at a bad rate but some don't.

The border between Albania and Macedonia at Sveti Naum, for example, had nothing, not even a toilet for the traveller. I have crossed many borders with no money changers! Do not take it as a given!

That time, I had already sourced 4€ worth of Denar but ended up hitchhiking the 40km as there was an almost non-existent bus service anyway but the 4€ would have gotten me to Ohrid had I needed to get that bus.

You hope for the best but plan for the worst.

I do not use ATMs at border crossing points. If the machine swallows your card you'll face a difficult time getting it back.

San Cristobal is not far from the main border crossing of La Mesilla. You can get a tourist shuttle all the way into Guatemala: Quetzaltenango, Lake Atitlan and Antigua, thus doing away with the need to get onward transport from the border.

I don't plan on using this border crossing.

I plan on using the Hildago/Tecun Uman crossing near the coast.

I have studied the map, got some Intel off a guy I met. Forewarned is forearmed.

I wanted to get some Quetzals before I went!

Enough to get me a ride to a bigger town with a money changer with more competitive rates. I have small dollar bills too, for scenarios where I need to use money changers with unfavourable rates.


In Oaxaca, I had managed to get some Guatemalan Quetzals but was keen to have a few more. I got another 17US$ worth in San Cristobal but some unprepared traveller who had only 100US$ bills and not even a credit or debit card was leaving for the border before me and was desperate and whinging like a big girl's blouse.

I swapped him 100Quetzals just so he wouldn't be stuck. He seemed to think 100 was enough.
​
​Tagged under: Guatemala