Reposted March 1 2021 | Tagged: Africa
Visiting Victoria Falls, Zimbabwe during the rainy season as I travelled from Cairo to Cape Town, overland back in 2015/2016. 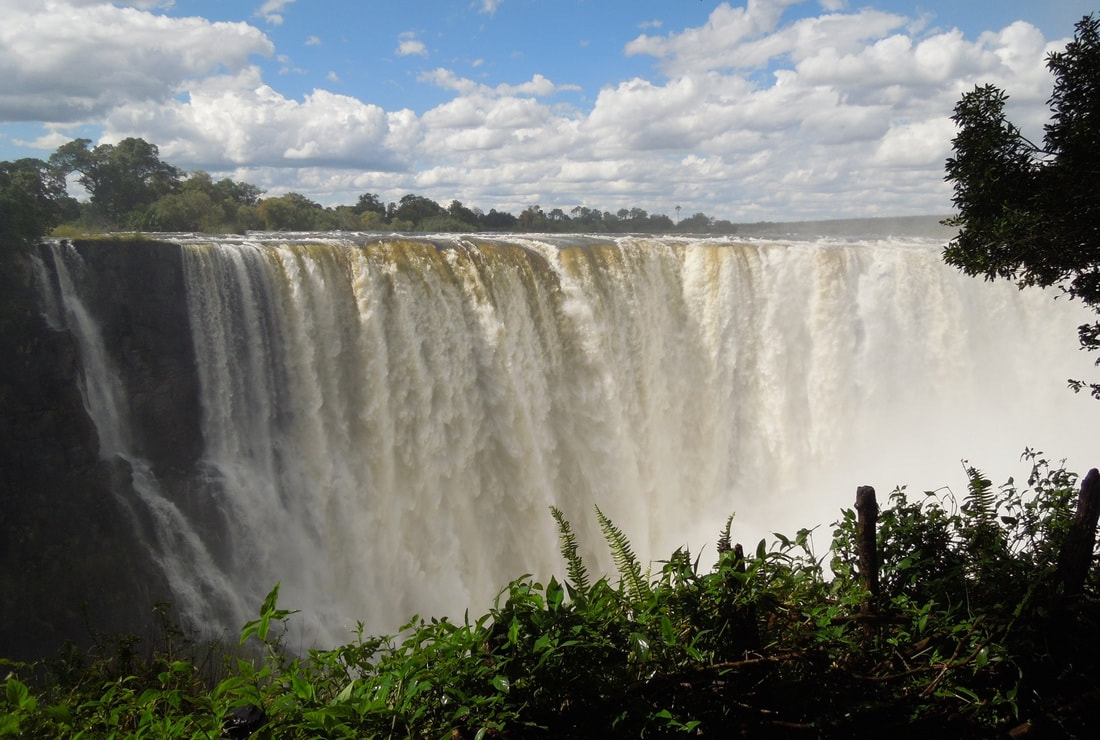 The Zambezi is the 4th longest river in Africa at 2574km.

​It rises in Zambia, flows thru Angola and the borders of Namibia and Botswana, back into Zambia and thunders down into Zimbabwe at Victoria Falls and thru Mozambique before emptying into the Indian Ocean.

David Livingstone is believed to be the first white person to have seen the falls and they are named in honour of Queen Victoria but the local name is still widely used: Mosi-oa-Tunya or "The Smoke That Thunders". 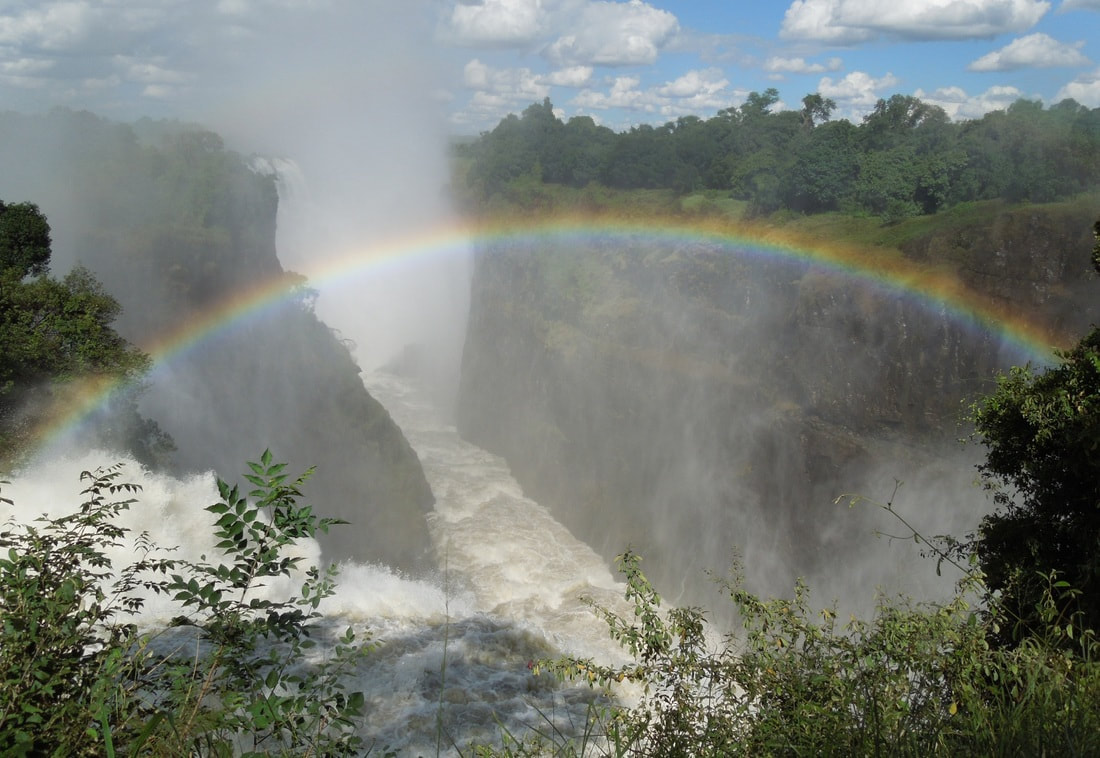 The rainy season in the catchment area runs from November to March but the falls are over 1000km from the source so it is not until April that water is thundering over the Falls at more than 5000m3/sec.

If you want to get some photos where the views are not obliterated by million upon million droplets of water, aka, SPRAY, don't come between say February and July. Sure you can use a GO-PRO but it won't change the view.

I only saw the falls from the Zimbabwe side.

​Victoria Falls town is purpose-built and the falls are a short walk from town.

Livingstone, on the Zambian side, is 16km from the falls.

​The joint Zim/Zam (KAZA)visa was cancelled at the end of 2015. 30day visas for both countries cost 50US$.
So why didn't I visit in the not so wet season? Well, this has been a long haul trip and my timing was that I visited Sudan at the least hot time of the year and so by the time I get here, it's full-on water.
Note: @2016 30US$ entrance ticket.

​Yes I would love to see the falls in the dry season, from both sides. and this was the plan before Covid-19 screwed all our plans. It is my dream to return to Kenya and continue that planned journey.​
This post has been rewritten for Nomadic Backpacker and is based on my travels in Africa in 2015/2016