The Metro is The Best Way to Get Around Mexico City

November 23, 2022 | Tagged Mexico
The Mexico City Metro is the 2nd biggest in the Americas after the New York Subway and as of 2019 was the 10th busiest in the world.
​
With its 12 lines, 200km of track and 195 stations, it is undoubtedly the best way to get around Mexico City. 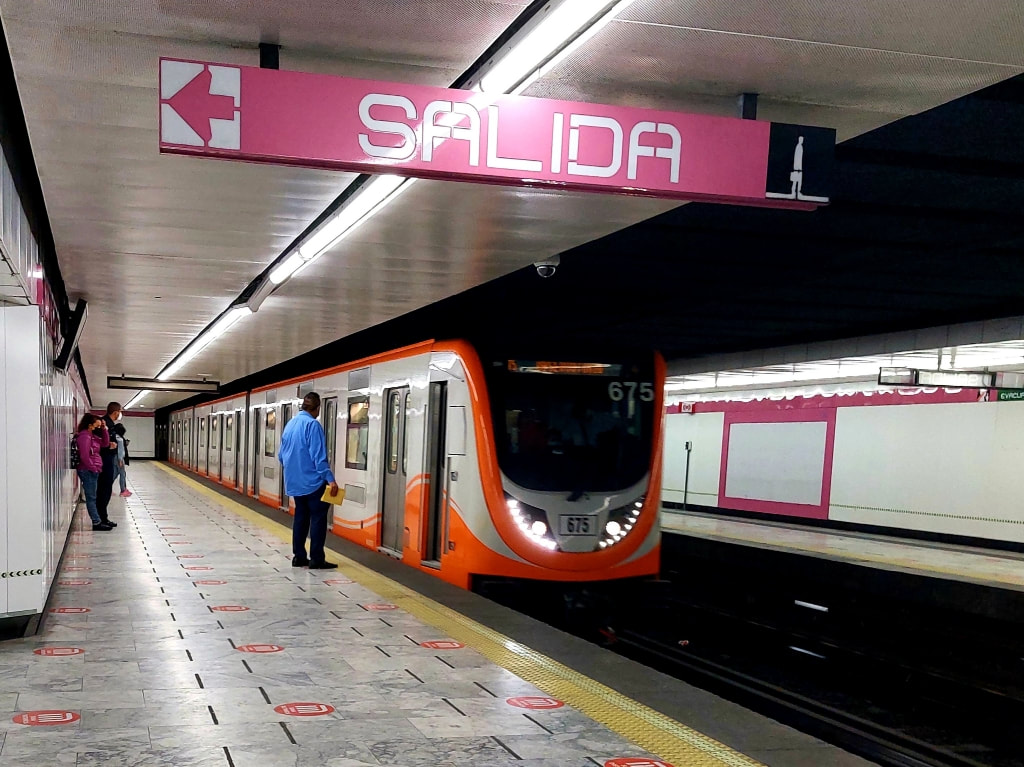 Yes there are sometimes delays.

I have often waited 5 or more minutes for the train to depart, the carriages can get very packed, it can be very hot and when the rains come, the stations often get flooded.

But despite these drawbacks, it's better than using the public transport above ground.

The Metro is not only the best way to get around Mexico City, it's also my favourite. 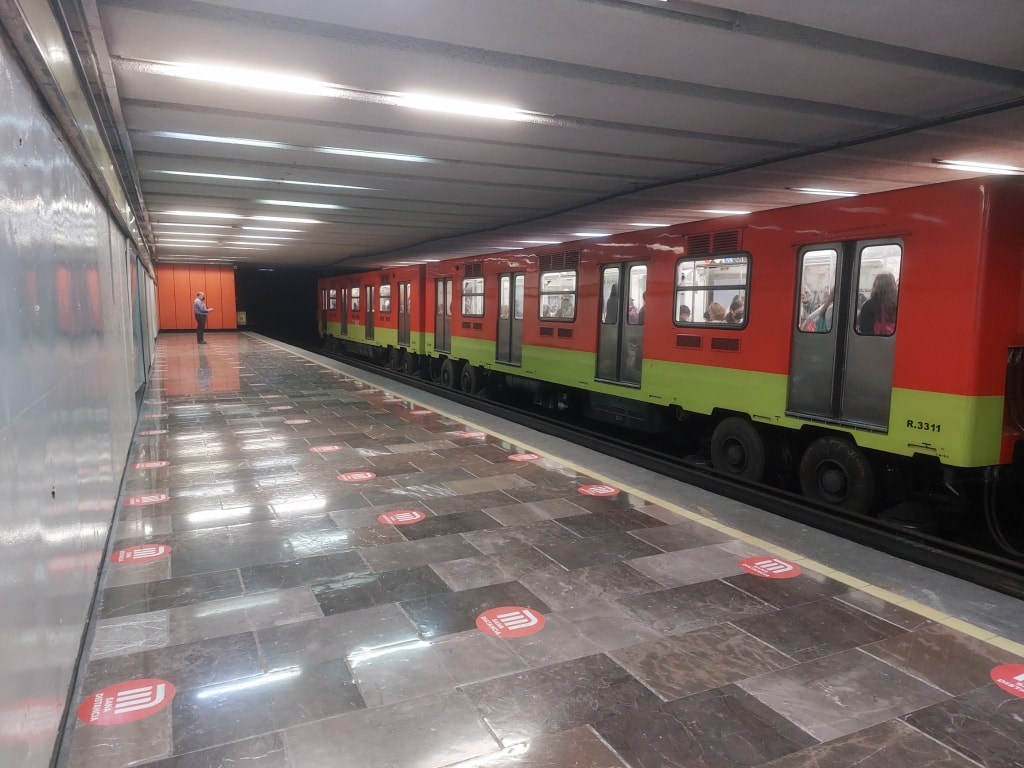 In the last two years I have criss-crossed Mexico City numerous times using the city's metro system which is operated by the Sistema de Transporte Colectivo (STC).

Of the195 stations, 115 are below ground, 54 are surface stations and 26 are elevated stations. There are 44 interchange stations.

Each line has a colour. Line #1 is the pink line for example.

And each station has its own unique symbol. The idea behind this was for when the literacy rate in Mexico was low and the symbols for the first 3 lines were designed by Lance Wyman and there was always a reference to why the station was given a certain symbol but now even with high literacy rates the symbols are still used and with 195 stations it is no longer easy to see the meaning behind each symbol. 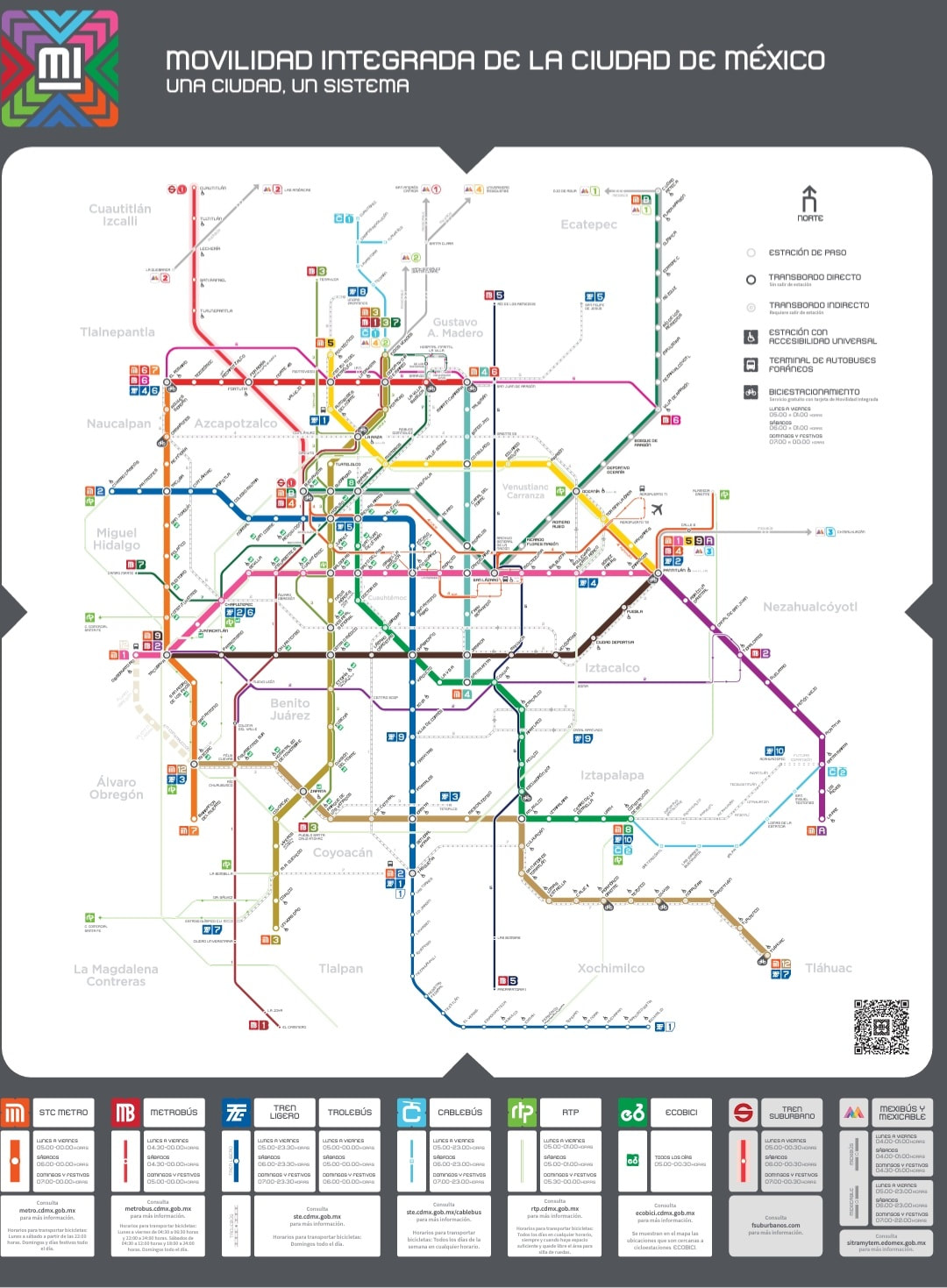 Me and Miss CDMX at the Belles Artes Metro Station in Mexico City, with the Parisian-style metro sign:

The newest line, Line #12 is currently out of service after a bridge collapsed in 2021.

The oldest line, Line #1 is currently under reconstruction and is only running from Observatorio to Balderas. There is a replacement bus service running from Balderas stopping at all metro stations to Pantitlan.

I find the Metro in Mexico City very convenient and efficient.

The Mexico City Metro operates to the following schedule:

Terminal 1 at the Aeropuerto Internacional Benito Juárez, is served by Terminal Aérea on Line #5 and Terminal 2 is in close proximity to Pantitlan metro station which is the terminus of lines #1, #5, #9 and #A though the short walk from the terminal to Pantitlan is NOT recommended.

How much does it cost to ride the Metro in Mexico City:

To use the Metro, you must buy a smart card, officially known as an Integrated Mobility Card for 15 Pesos at the metro stations and you simply top it up. Each ride is 5 Pesos. That's just 25 US cents.

You can top it up at the Metro Bus Stations too which is slightly more convenient as the taquillas at the Metro stations are some times closed. Some Recarga de Tarjeta terminals do not accept notes.

Topping up my card at the local MetroBus station: 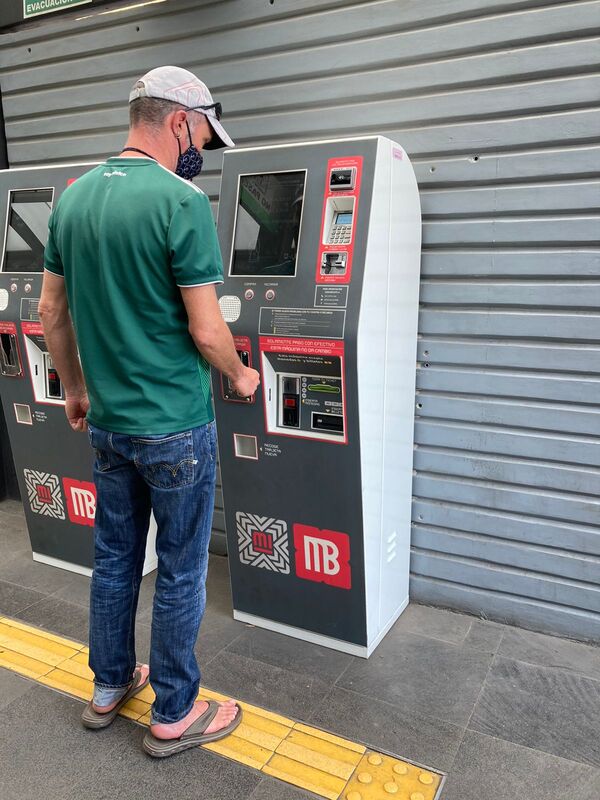 You can also top it up using the Mercado Pago app.

​You need to swipe the card to pass through the turnstiles on entering the metro but not on exiting.

​There is no grace period when switching from the Metro to the MetroBus or vice versa despite some reports saying there is. You must pay again.
​
You can still buy the singe trip tickets: 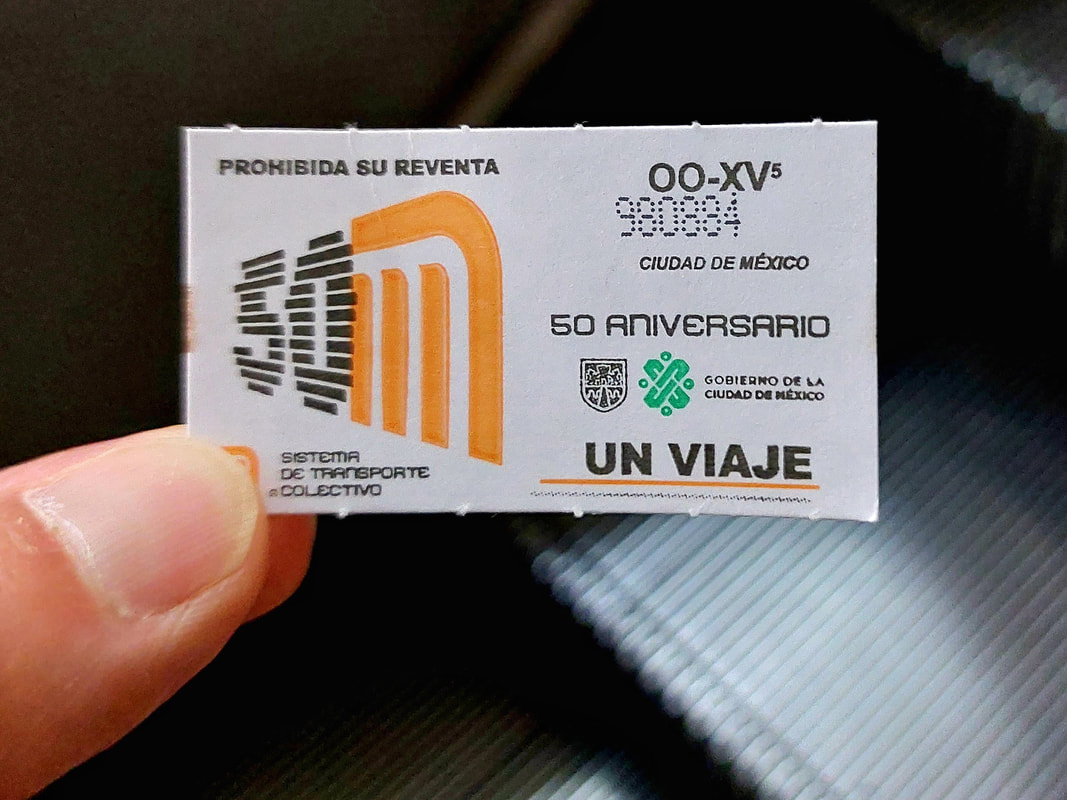 My Best Tips for Travelling on the Mexico City Metro

From 7 am until 9 am heading into the centre and from 5 pm until 8 pm heading out of the centre is best avoided. The queues to get on the trains can be 10 deep. It just becomes one manic scrum.

​•  Watch your pockets and belongings.

As in all cites around the world, professional pickpockets work the metro. If you have a phone, do NOT keep it in your back pocket. Keep it in your front pocket and put one hand in too.

With one hand in your pocket with your phone in, use the other hand to hang on tight. The metro does have a habit of breaking sharply.

•  On travelling to the airport, or bus terminal, if you have a lot of luggage, best use an UBER.

I have used the Metro many times to get to and from Terminal 1 at the Aeropuerto Internacional Benito Juárez. It is ok with just a small backpack but not during the rush hour and if you travel with a lot of stuff, I wouldn't do it at any time. Just use an UBER or Airport Taxi (the Pink and White taxis are best avoided, period, and not just for runs to the airport).

At each stop, the metro does not for very long. The doors open for just around 10 seconds. There is no announcement inside the metro for the stations, the station names can flash past before you have a chance to register them and if you are standing, which is more often the case, you can't see the name plaque anyways.

​But assuming you know that your stop is coming up, shuffle towards the doors in plenty of time, always watching your phone with one hand and hanging on with the other and get out sharpish. The opening and closing of the doors is accompanied by a loud beep-beep.

•  Women and kids under 12 can use designated carriages on both the Metro and MetroBus: 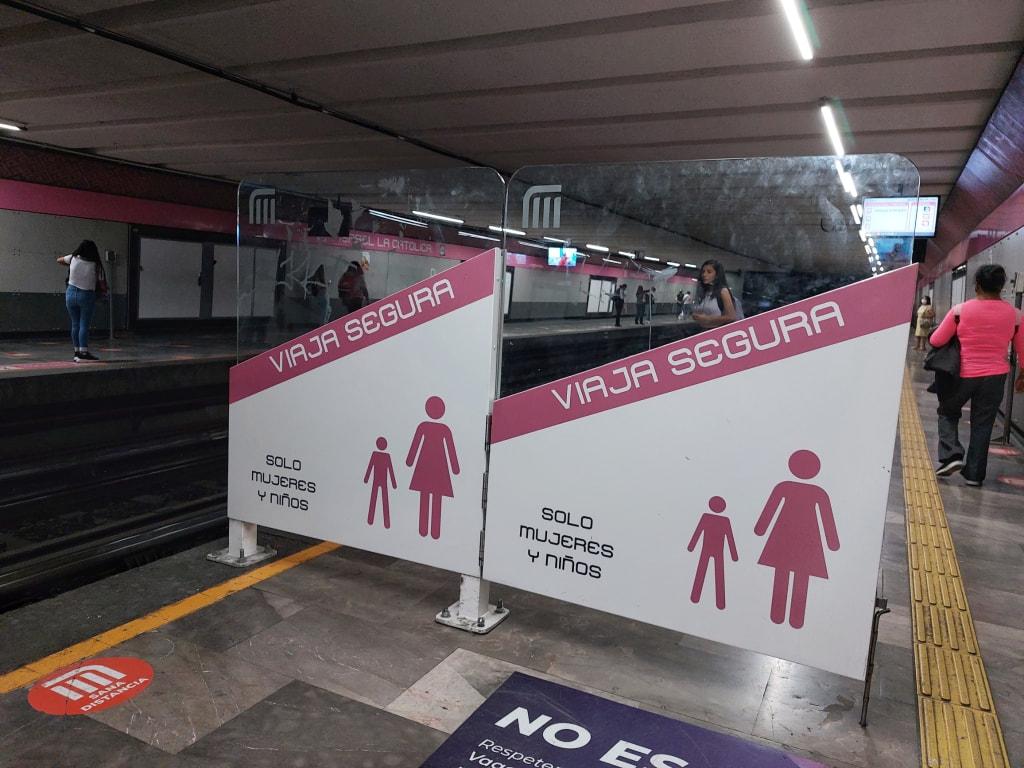 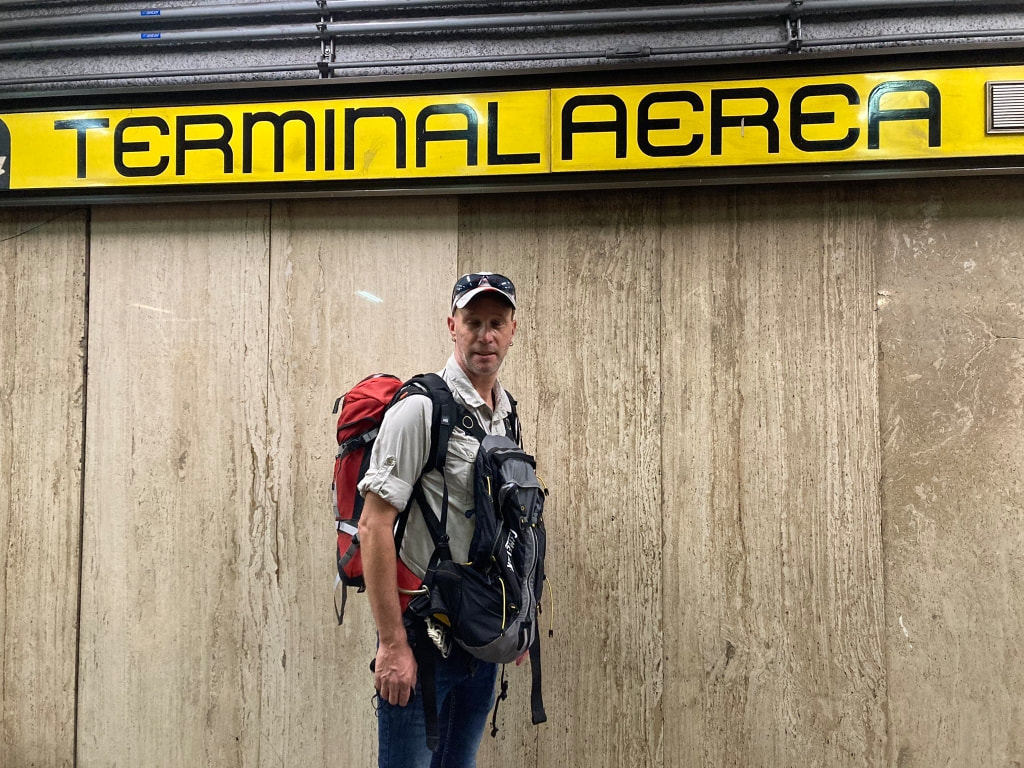 You can use the city's MetroBus to fill in the gaps left by the Metro. You must use the same smart card which is used for the Metro (but are not available at the MetroBus stations) to enter the designated MetroBus stations, single-trip tickets are not accepted and each ride costs 6 Pesos.

There is also the Tren Ligero which runs from Tasqueña to Xochimilco which is convenient for visiting the largest stadium in Mexico, the Estadio Azteca football stadium. You need to use the smart card to use the Tren Ligero. Each ride is 3 Pesos. 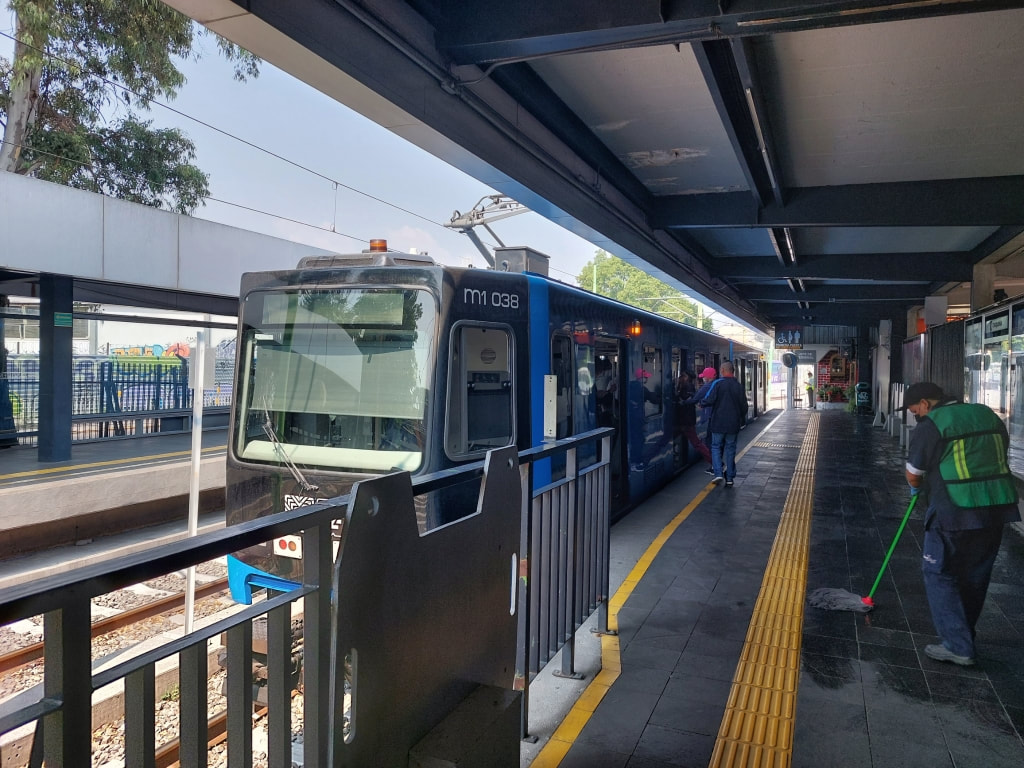 The Tren Suburbano runs out of Buena Vista to Cuautitlán in Estado de Mexico but is of little use to the traveller. You need to buy a different smart card to ride this line. 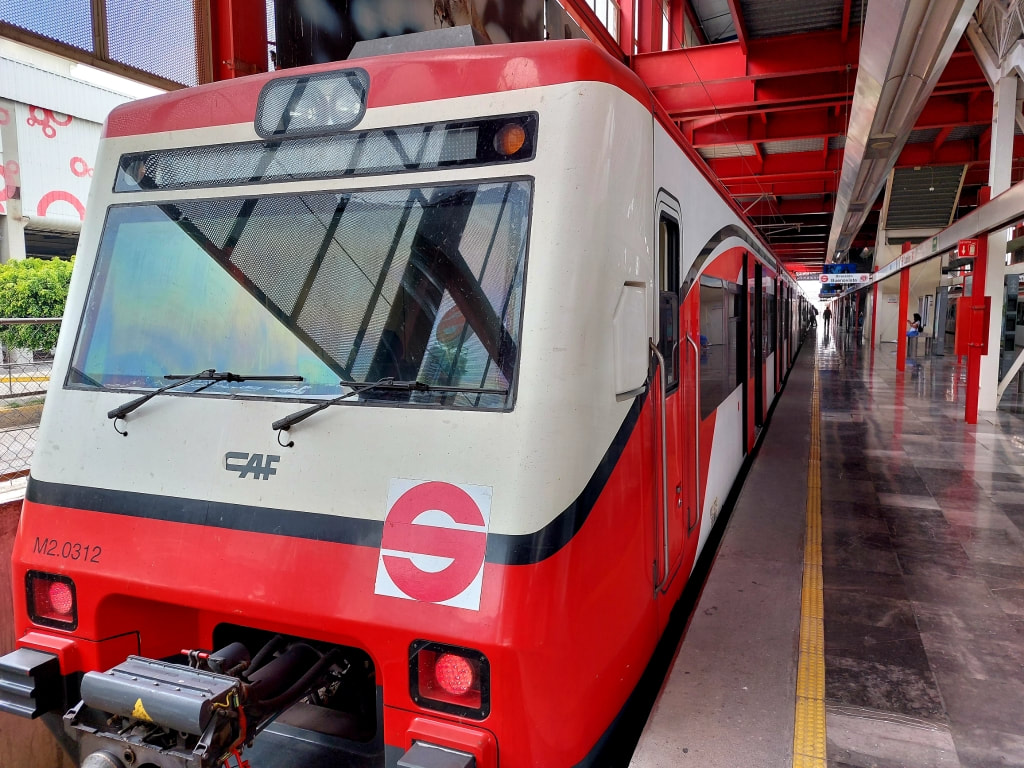 At some point the Tren Suburbano will connect the new Felipe Ángeles International Airport out at Zumpango, sometimes still referred to as Santa Lucia Airport and until that time, travellers wanting to use the public transport system must ride Line #B to Ciudad Azteca and then connect with the Mexibús.