March 3, 2020 | Tagged: Africa
The mud mosque in Kong is one of the highlights of any trip to Côte d'Ivoire.

​It's a tough journey to get there. Only 92km but, this is West Africa. The roads can be horrendous. 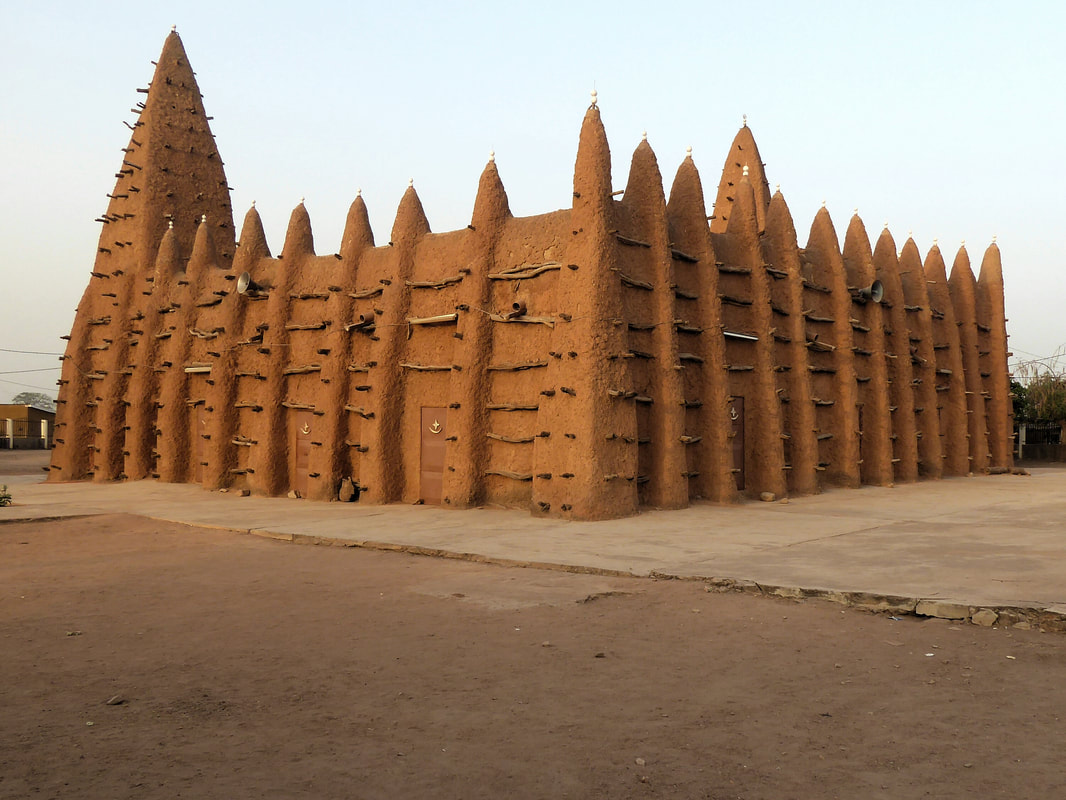 I may not have been able to see the mud mosques of Djenne or Bobo but Mali and Burkina Faso aren't the only countries to have them. There are mud mosques in Côte d'Ivoire too. Kong and Sorobango (which is an almost impossible mission to get to).

From Ferkessédougou or Ferke as it is commonly known as, I headed to Kong with newfound enthusiasm.

Of course, getting there was the normal long drawn out West Africa affair but for once I'll spare you the details other than to say that it was a long day for minimal kilometres travelled and I only just made NICE LIGHT. 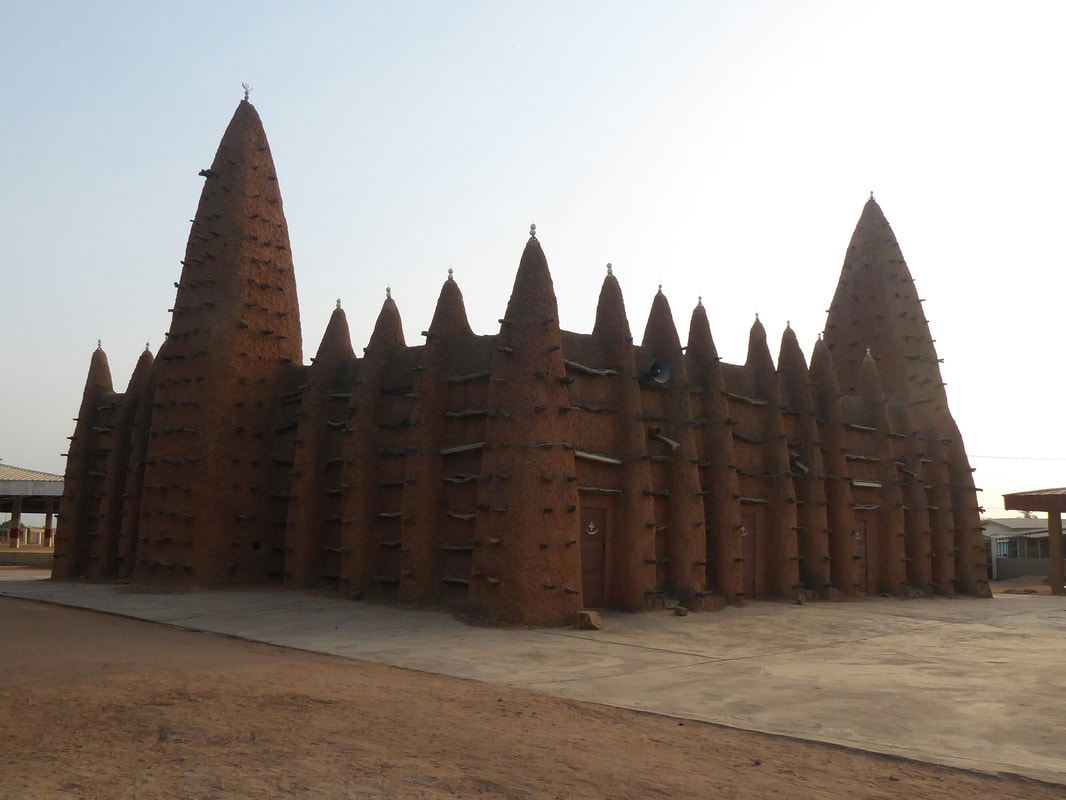 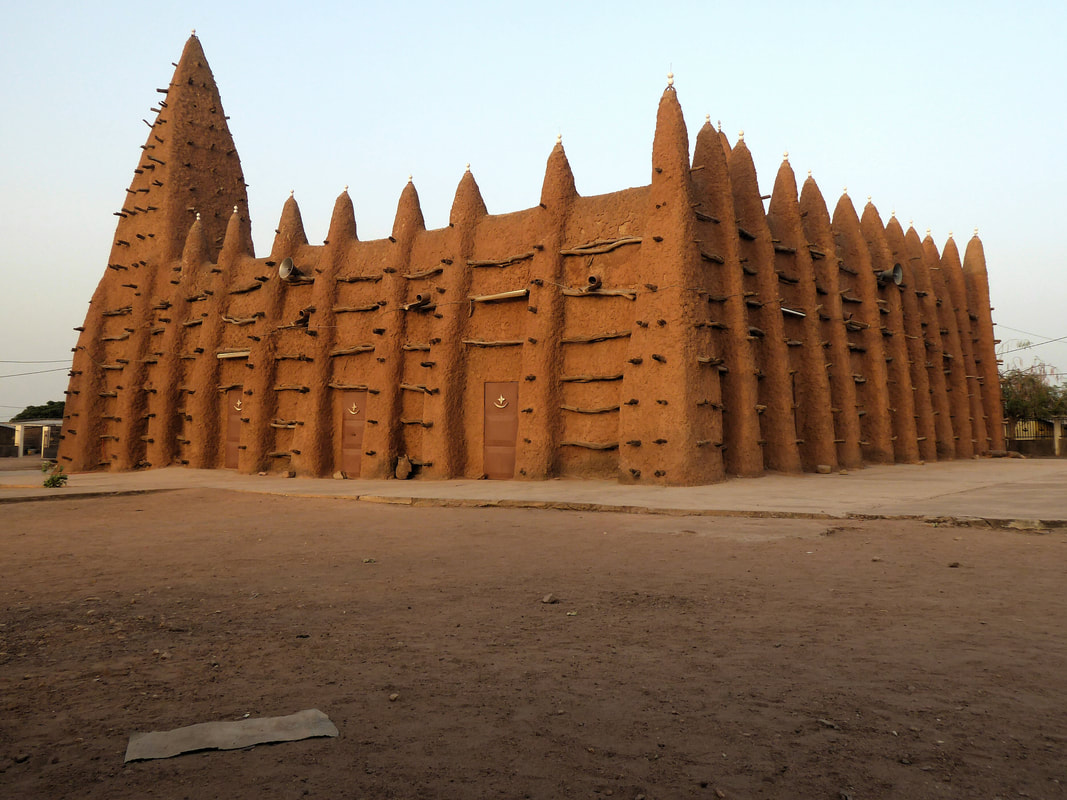 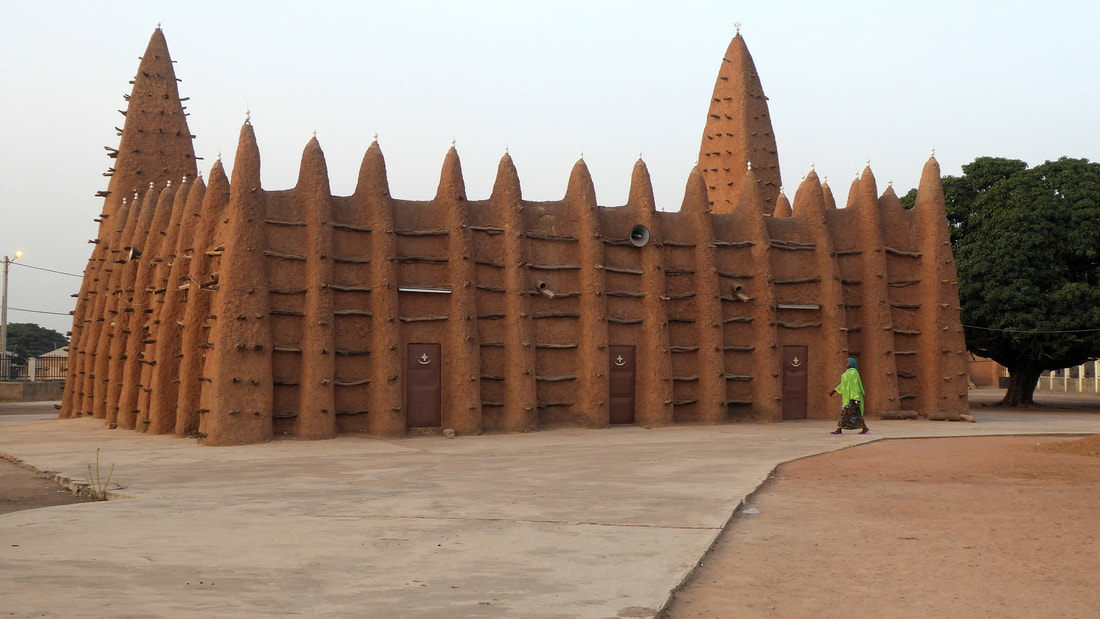 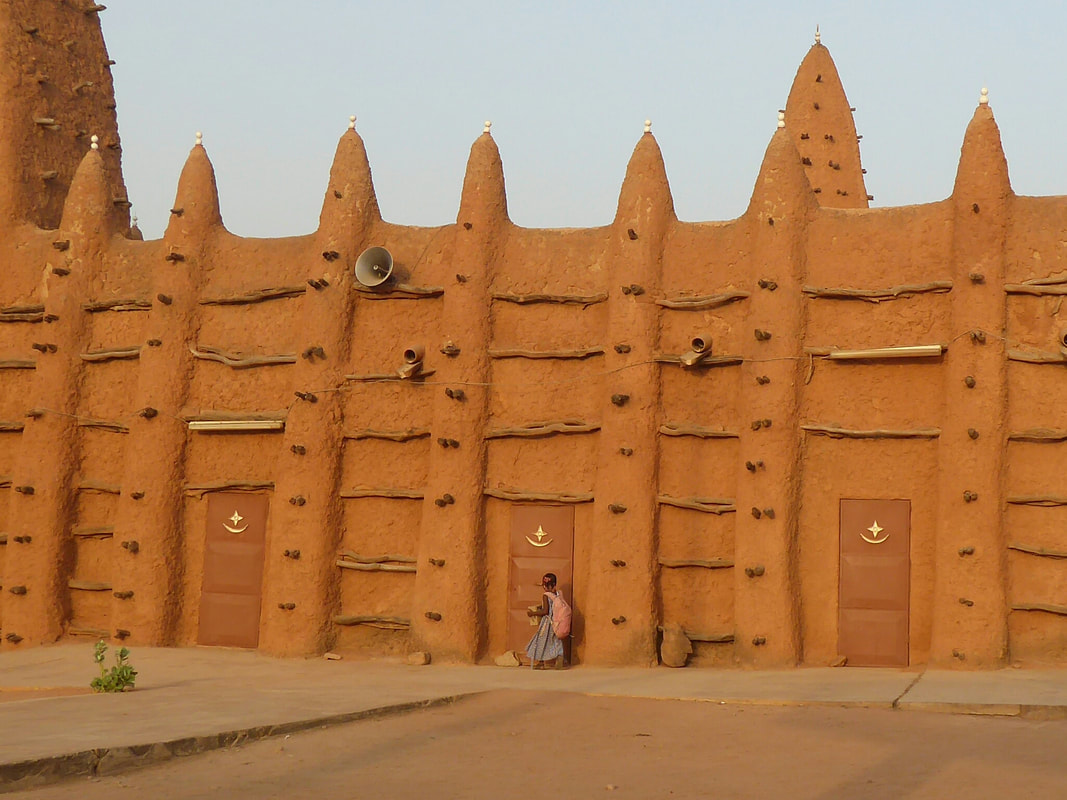 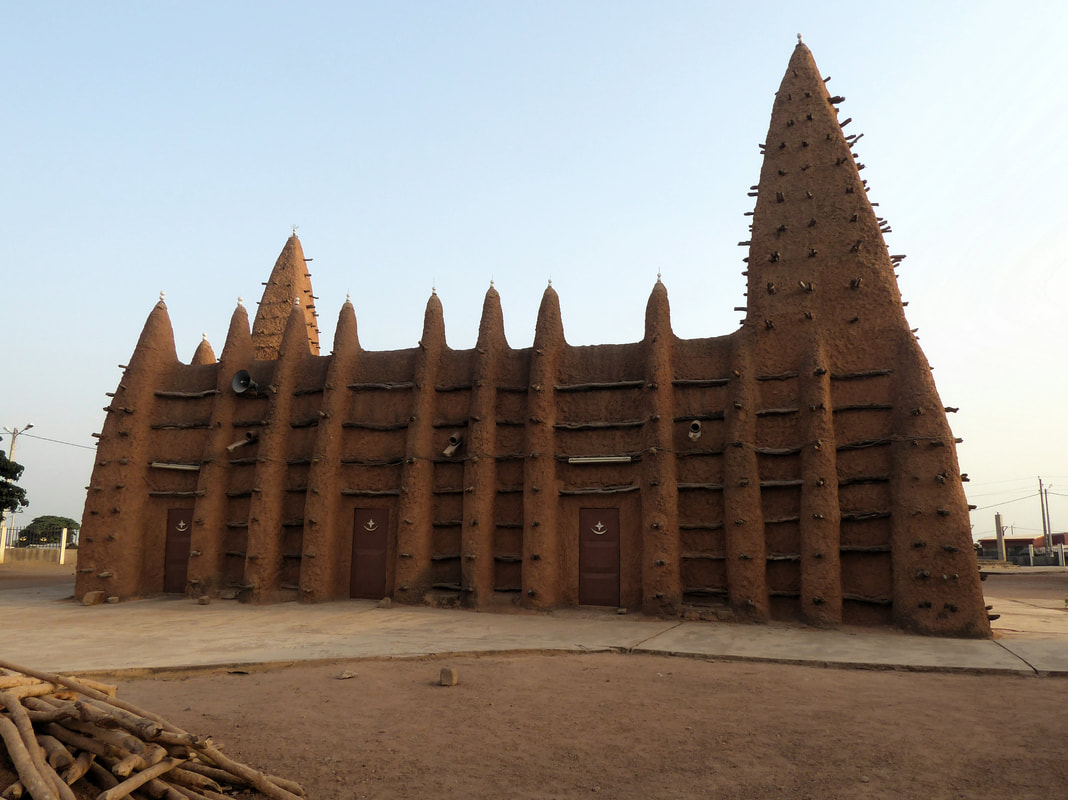 ​On the other side of the road is a much smaller and darker mud mosque: 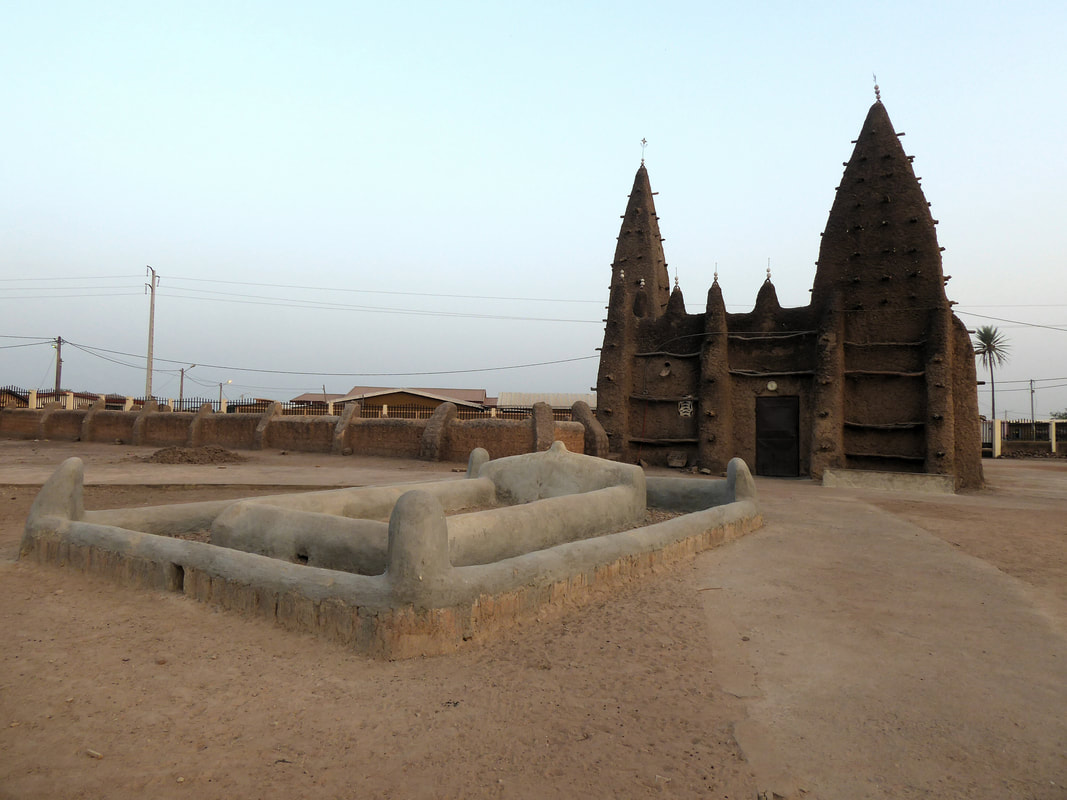 ​I decided to stay a 2nd night at the Auberge de Kong. I had the shits all night anyhow. In the morning I braved the outside world and headed into town again. Water, cola, biscuits, La Vache Qui Rit, bread from the bakery and a Nescafe.

I went back to the Mud Mosque of Kong and got a second series of shots under a different light. The sun was rather too high and the mornings have been very hazy lately but the shots turned out ok AND the doors to the mosque were open. I took a peek inside. There is no inner courtyard. There are lots of separate prayer rooms has an internal roof made of wood. 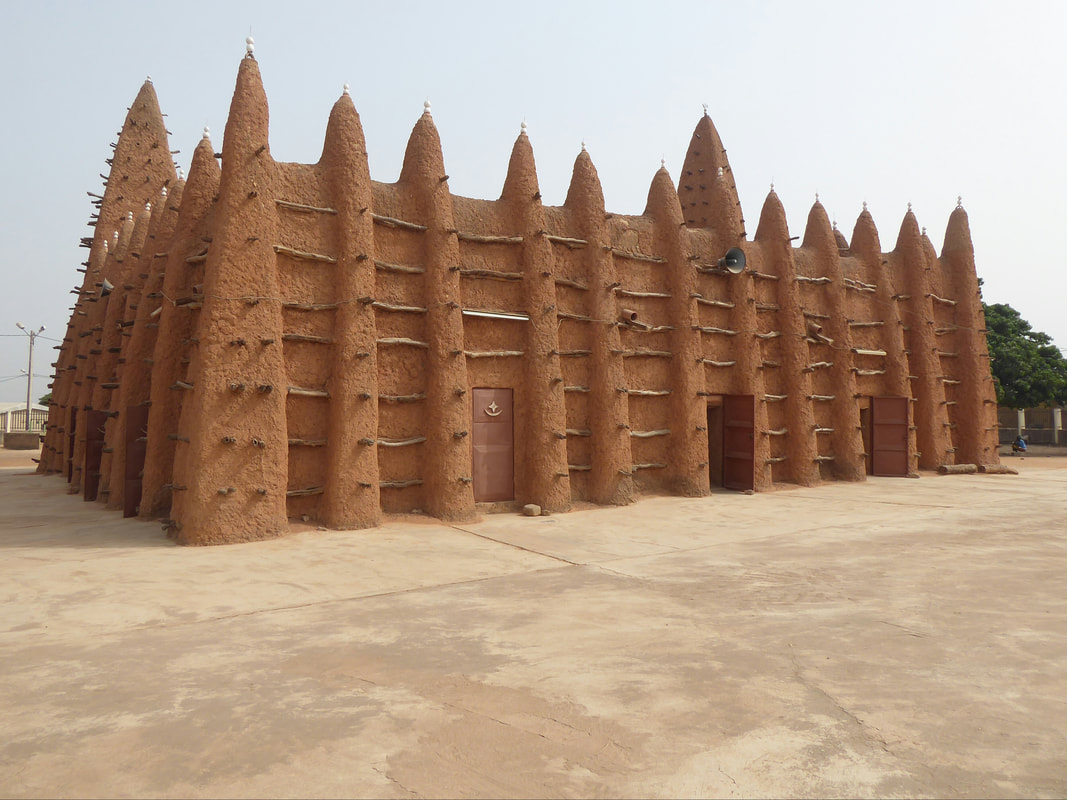 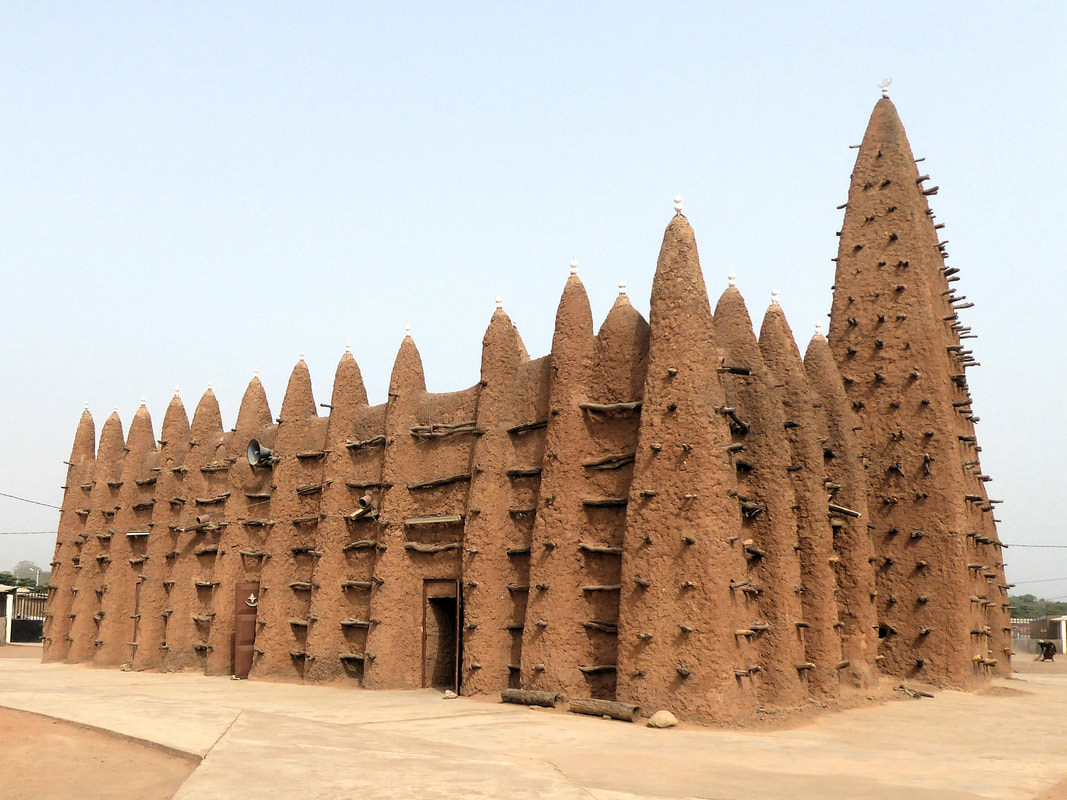 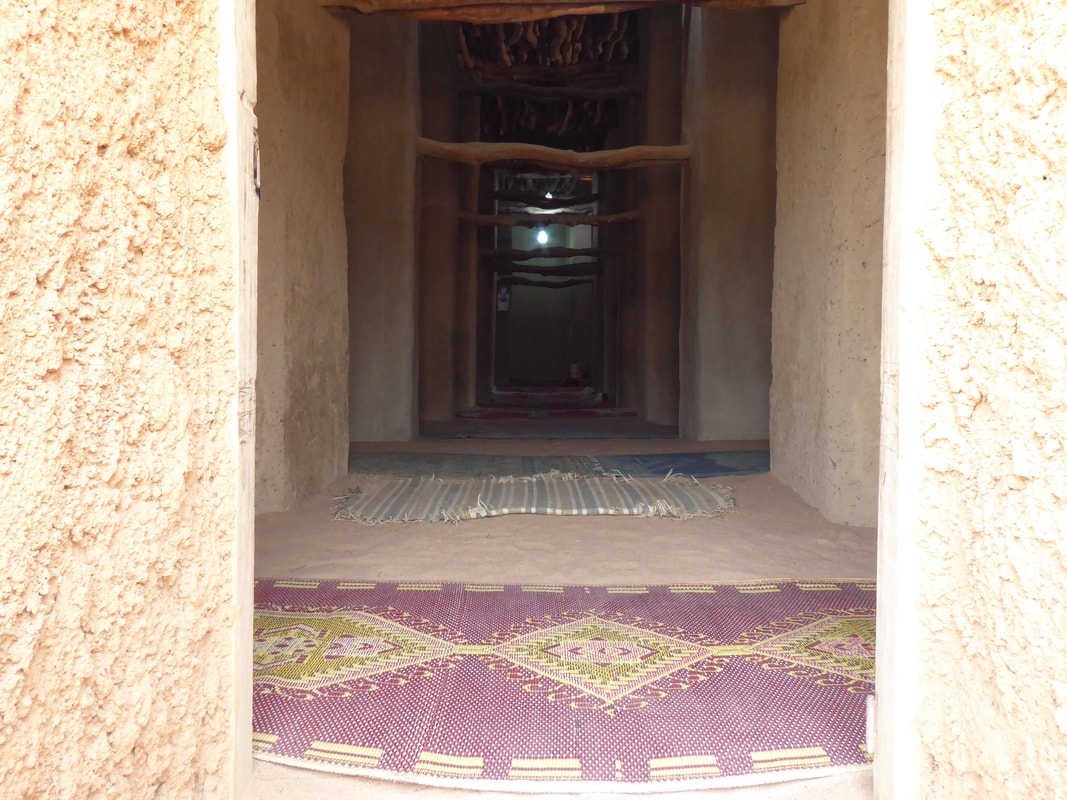 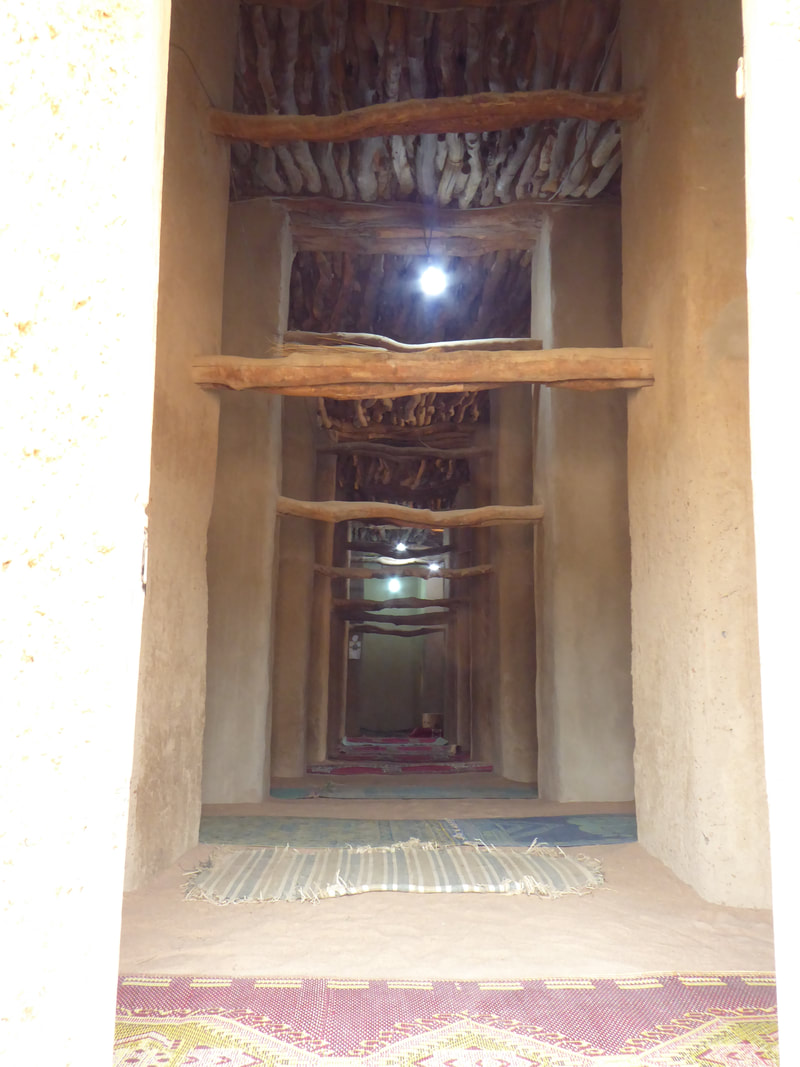 How to get from Ferkessédougou to Kong - Ivory Coast

From Ferkessédougou (Ferke) minivans cost 2,500 XOF and the ride is piste all the way. They go when full. I heard that there is an earlier departure but not when I went and the 2-hour trip I read about is something of a joke.

There is normally a full-size Abidjan - Ferke - Kong bus. It passes through Ferke at around 4 pm (no idea where you catch it though) and arrives in Kong at around 7 pm.

And it should go back at around 5 am. And I was told 3 times that this bus goes past the Auberge de Kong so there was no need to walk to town. But the reality is quite different.

I walked to town at 4:30 am and the bus was only a 25 seater minibus and I got the last seat and left within minutes of me arriving. And it did not take the paved road past the auberge and took another piste.
The price to Yamoussoukro is 7,000 XOF for the 350km.

Where to stay in Kong - Ivory Coast

There is, seemingly, only the Auberge de Kong, 1km from town, it's signposted at the road junction. They have 26 rooms, all with TV and AC (you need it here). The standard deluxe is 15,000XOF and the mega deluxe is a whopping 30,000XOF. No idea how that one looks. There is a WIFI connection but, someone changed the password and nobody knows what it is or even thinks to try and go about getting it fixed. They have a restaurant and bar but the prices were kinda expensive as you would expect. I ate in town and had my evening beer at one of the many little makeshift bars called a marquis by the roadside.

Here is my little detached bungalow at the Auberge de Kong: 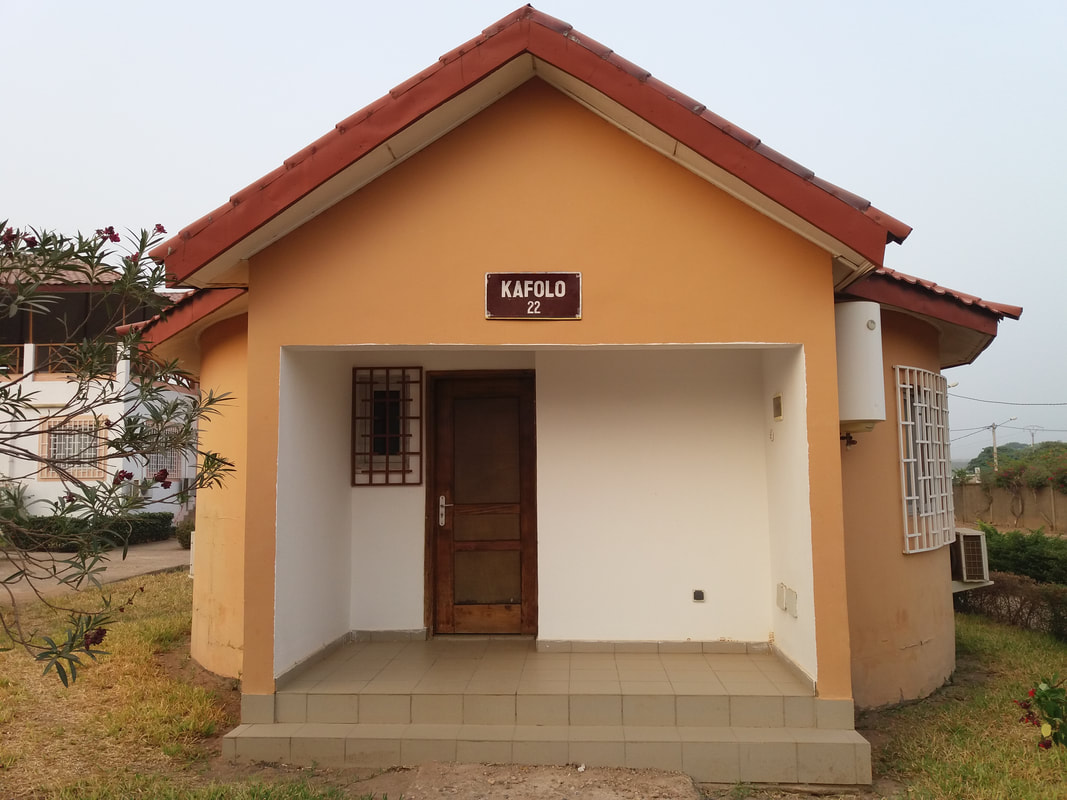