Connect on Twitter
Rio Dulce to Flores by bus. First you need to get to Santa Elena with the Fuente del Norte bus company. 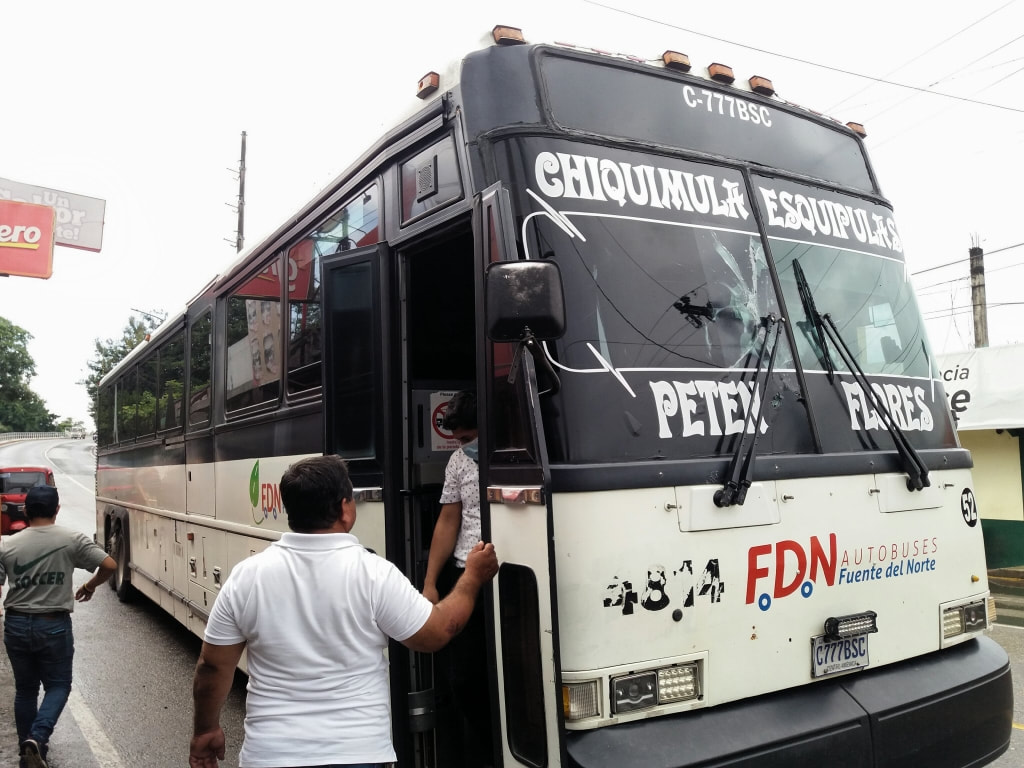 Fuente del Norte run the only service (that I found) to Santa Elena, from where it is a 2 km hike or 20Q tuk-tuk ride across the causeway to Flores. The buses do not go all the way to Flores!

The bus is coming through from Guatemala City so it arrives sometime after 8 am. Mine turned up at 9.45 am. 150Q. Yup, it's a steep price for 200km. A monopoly! Before the completion of the Puente de Rio Dulce, the road north was dirt and the trip took up to 14 hours in the rainy season. Kinda glad it's paved these days.

Another day at the office, a few police checkpoints, where at one, two without id were going to be ejected but a bribe was paid and we continued. And another near the turnoff to Coban, id was taken from everyone, just delaying the trip.

I hiked the short distance to Flores and the Hotel Posada Tayazal where I'd arranged to stay. A small room for just 50Q. Better than the Amigos hostel where a dorm costs 100Q and has an onsite discotheque.
​

You can now check out the options and book your ticket from Rio Dulce to Flores on GuateGo. 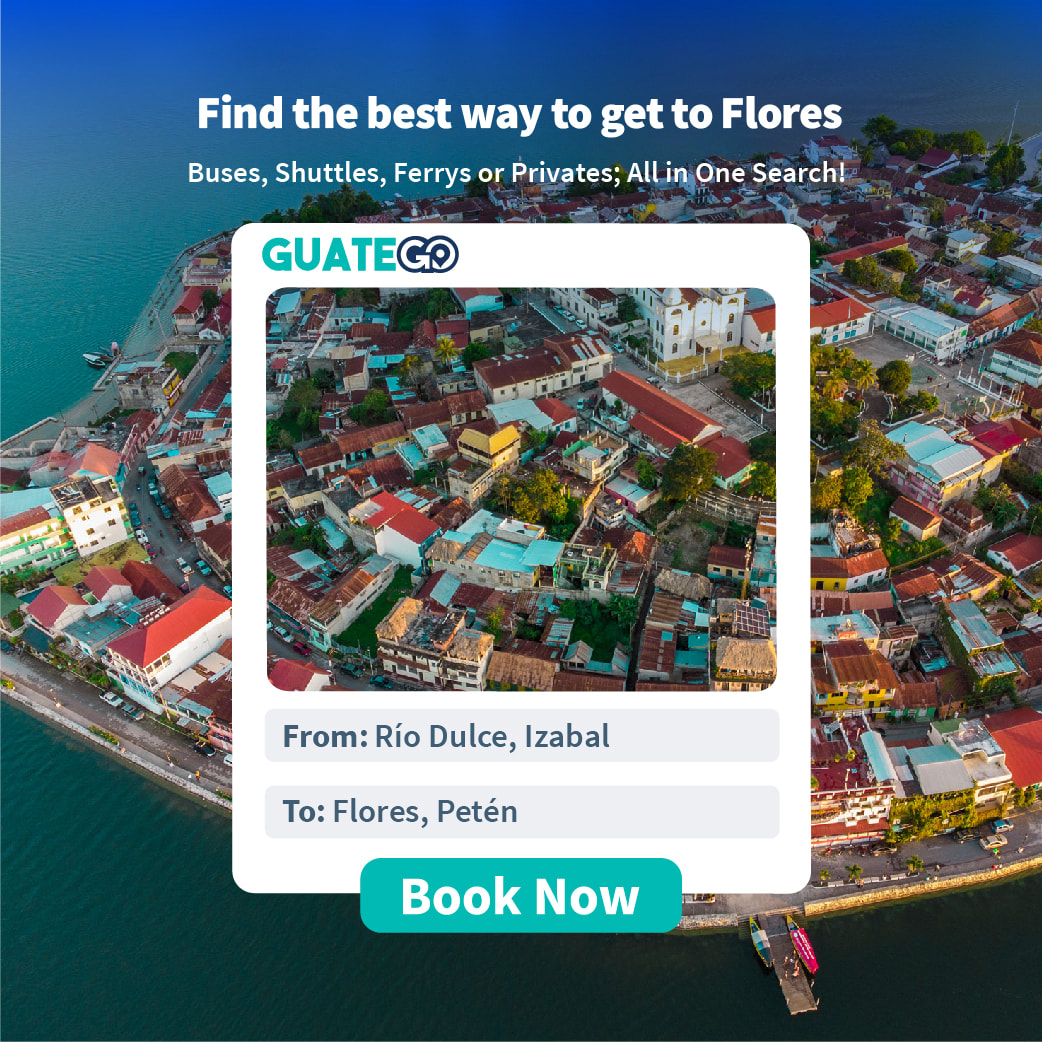 For transport options from Guatemala City to Flores, check out the options on GuateGo. 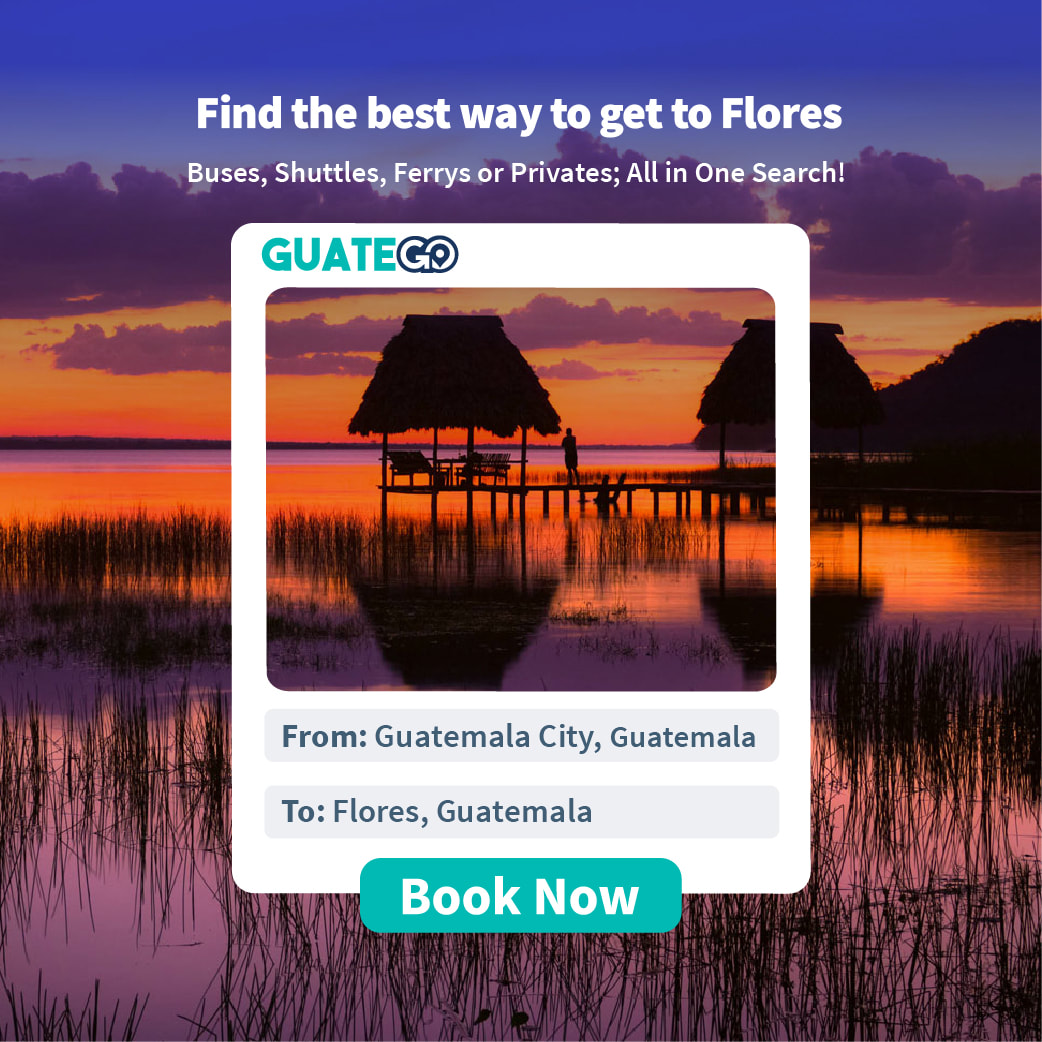