Connect on Twitter
El Salvador, my 100th country on my never ending journey. Here I backpack the capital San Salvador, a country with a chequered past and definitely not on most peoples bucket list.

In keeping with the ethos of my blogging modus operandi, here I show you what it is like.

This is the first blog post I did from El Salvador. All the later posts are filed under El Salvador. 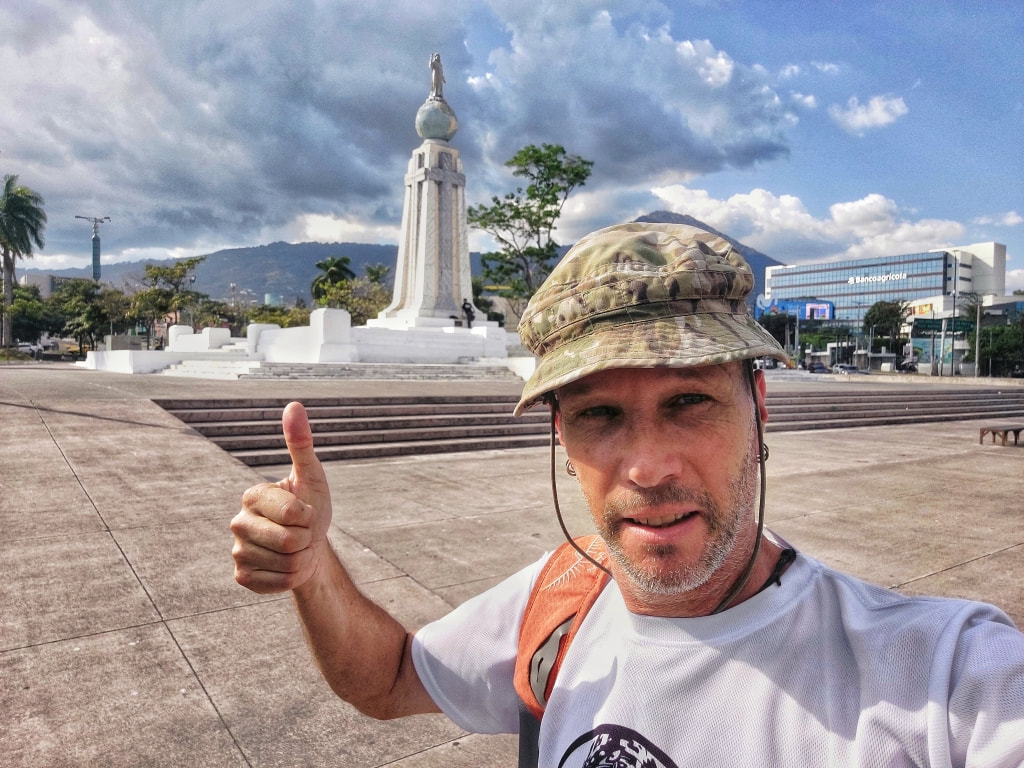 ​I've been backpacking the Salvadoran capital San Salvador for close to a week now and it's been a real surprise. I expected it to be edgy, to feel unsafe.

I have been to a lot of cities in my 29 years as a backpacker. I trust my instincts. I feel ok here.

And it is true, where the Salvadorans are said to be the most friendliest people in Latin America.

So here we are, a week in pictures, as Nomadic Backpacker backpacks the capital of El Salvador, San Salvador.

​From the airport, I took bus #138 to El Centro, 41km for just 60 US cents, forever the backpacker, always looking to save a dime. 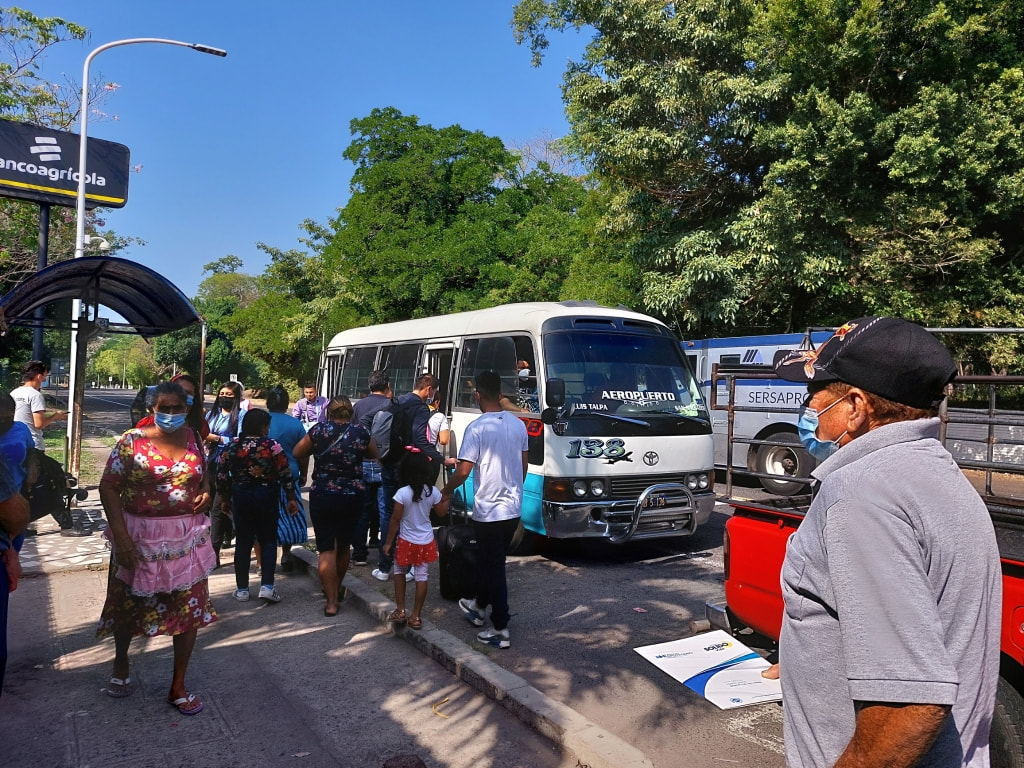 ​One of the things I was really up for here, was to see the railway museum but it is still sadly closed. 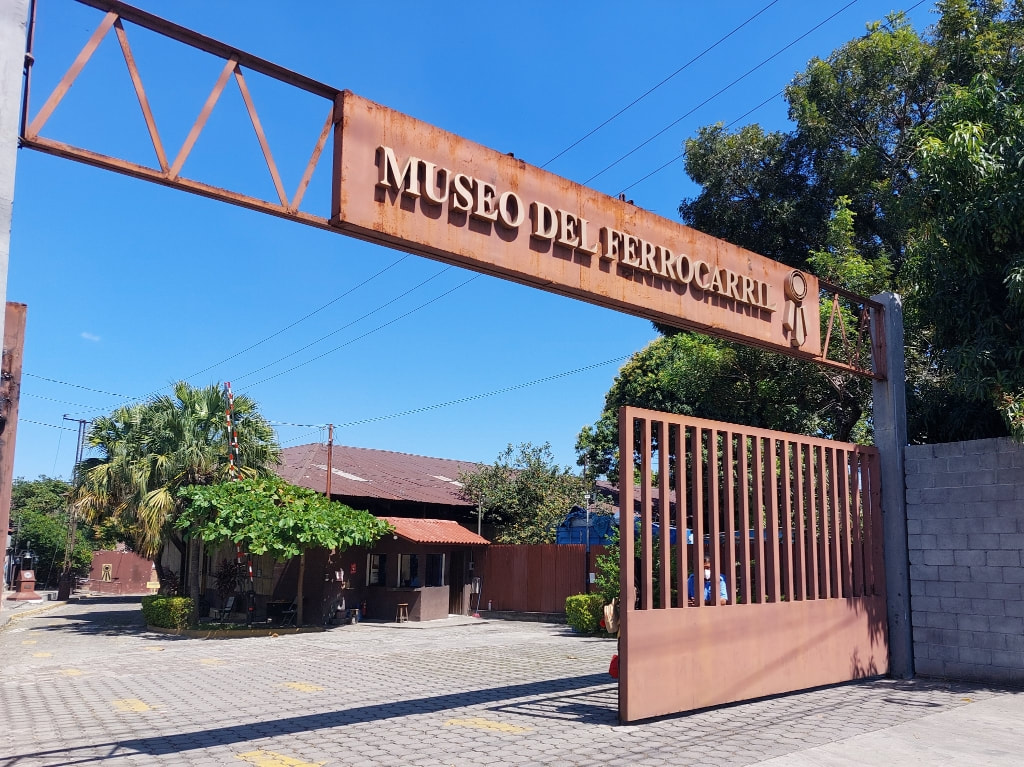 The main sites per se in San Salvador:

The Teatro Nacional built in 1910 is the oldest theatre in Central America: 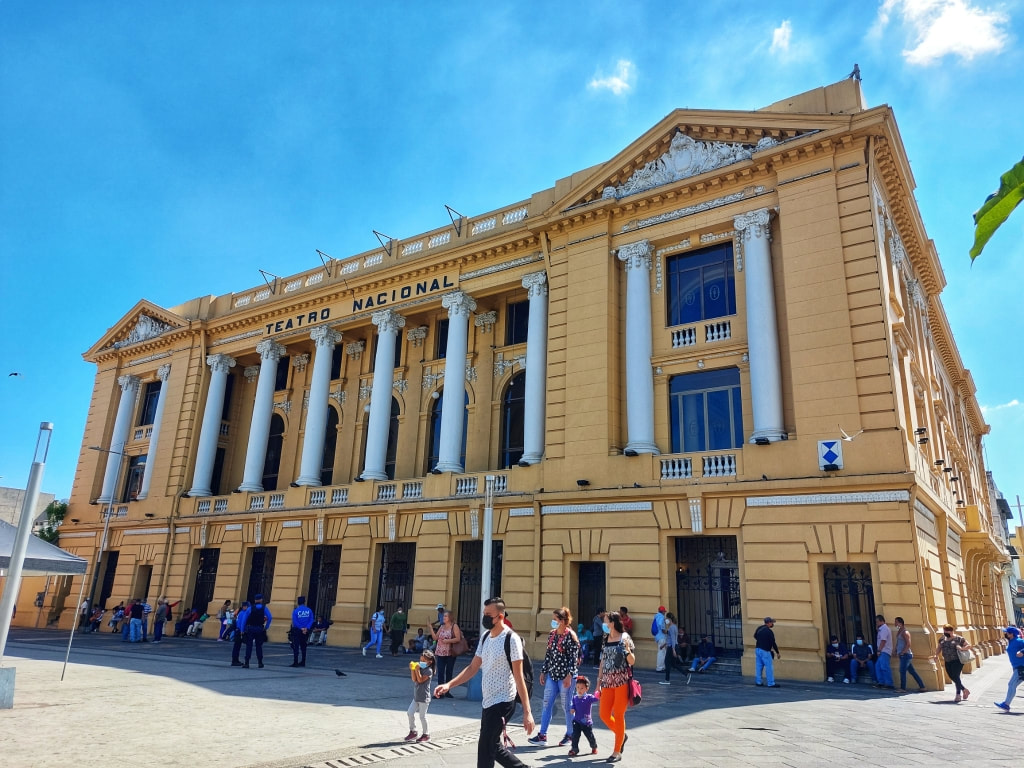 ​The Palacio Nacional built between 1905 and 1911, replacing the original which was destroyed by fire in 1889: 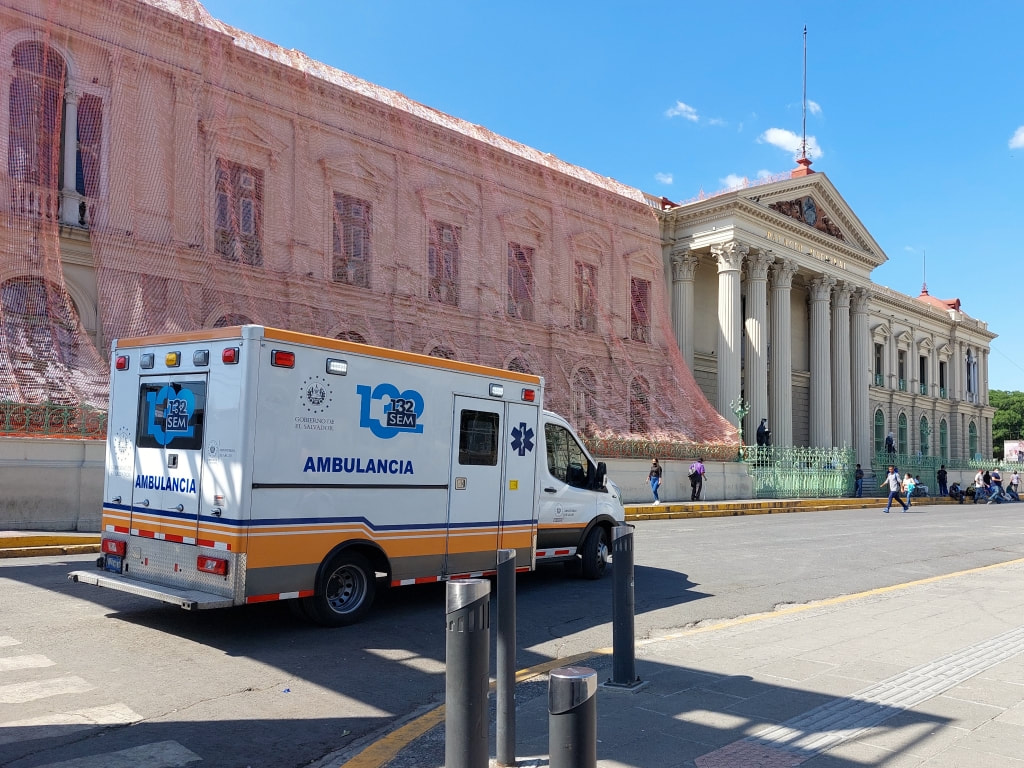 ​The 3rd Catedral Metropolitana de San Salvador after the first 2 were destroyed by earthquakes and thus rebuilt. It houses the tomb of Archbishop Óscar Romero who was assassinated here in 1980 whilst celebrating Mass: 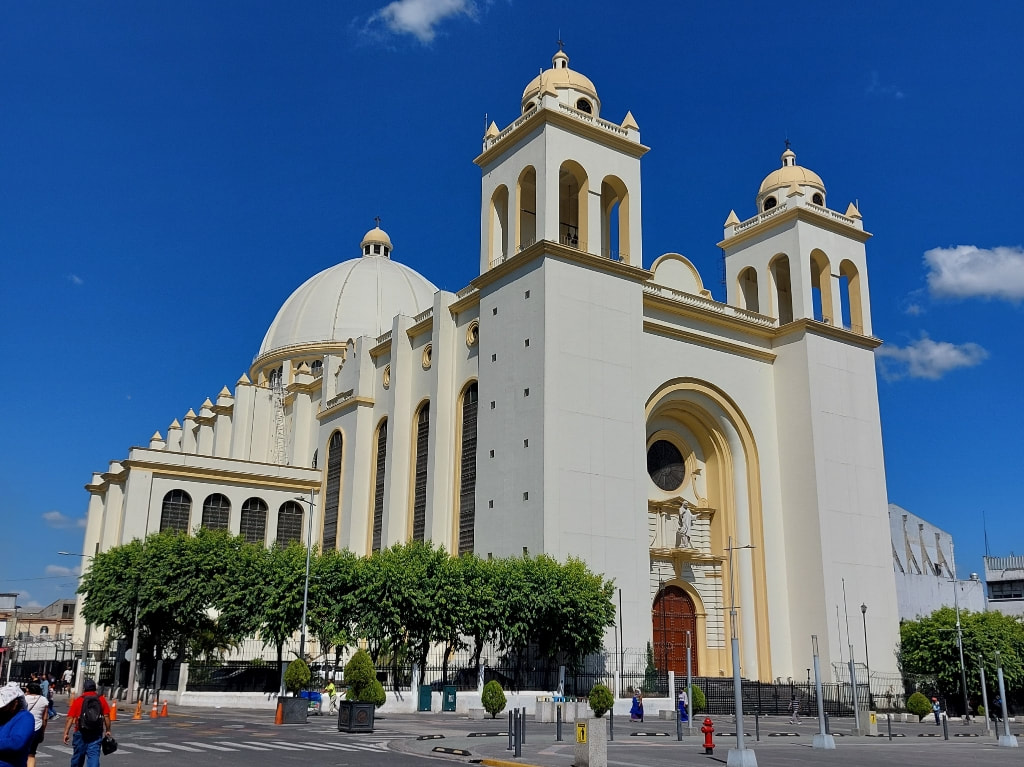 ​The Monument to the Héroes, (Monumento a los Proceres) in the Parque Libertad, representing the 'first cry' of Independence in 1811, against Spanish colonisation: 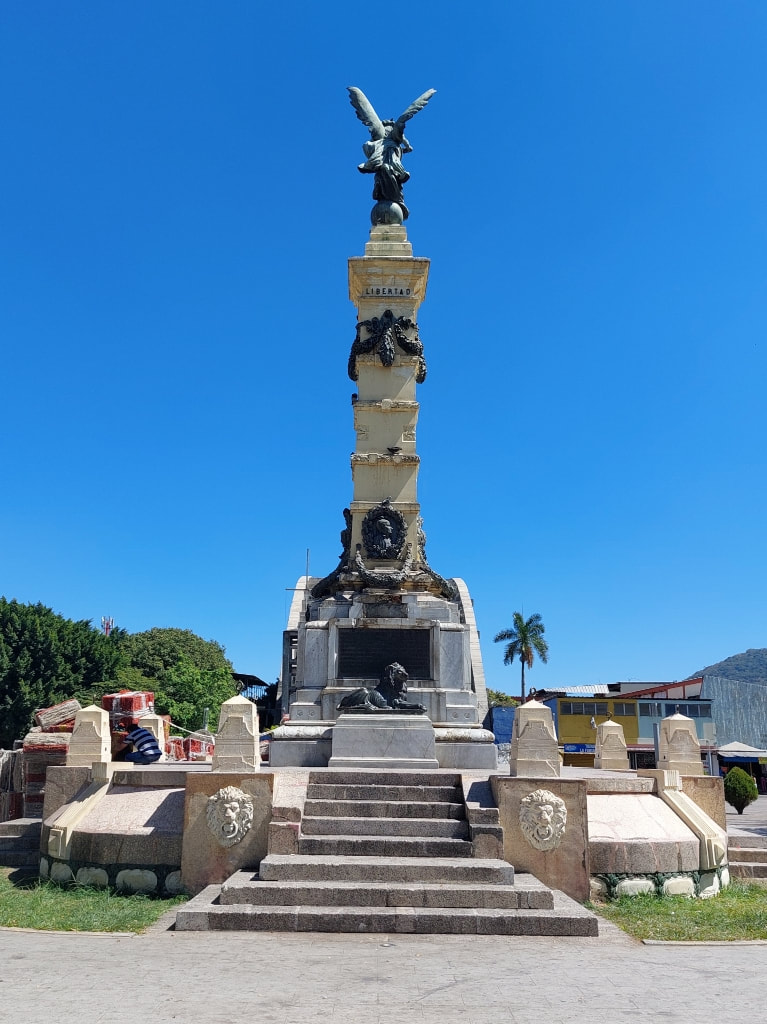 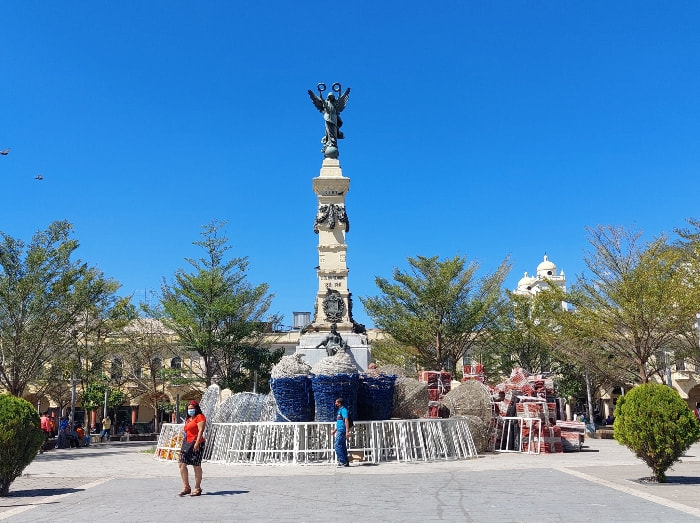 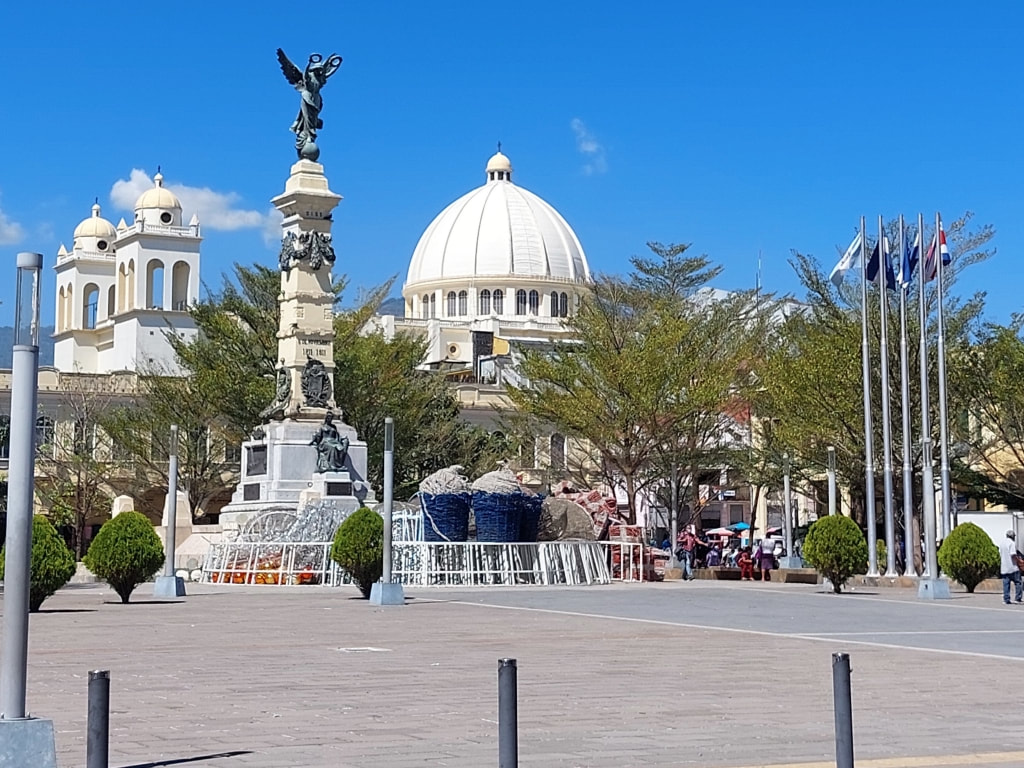 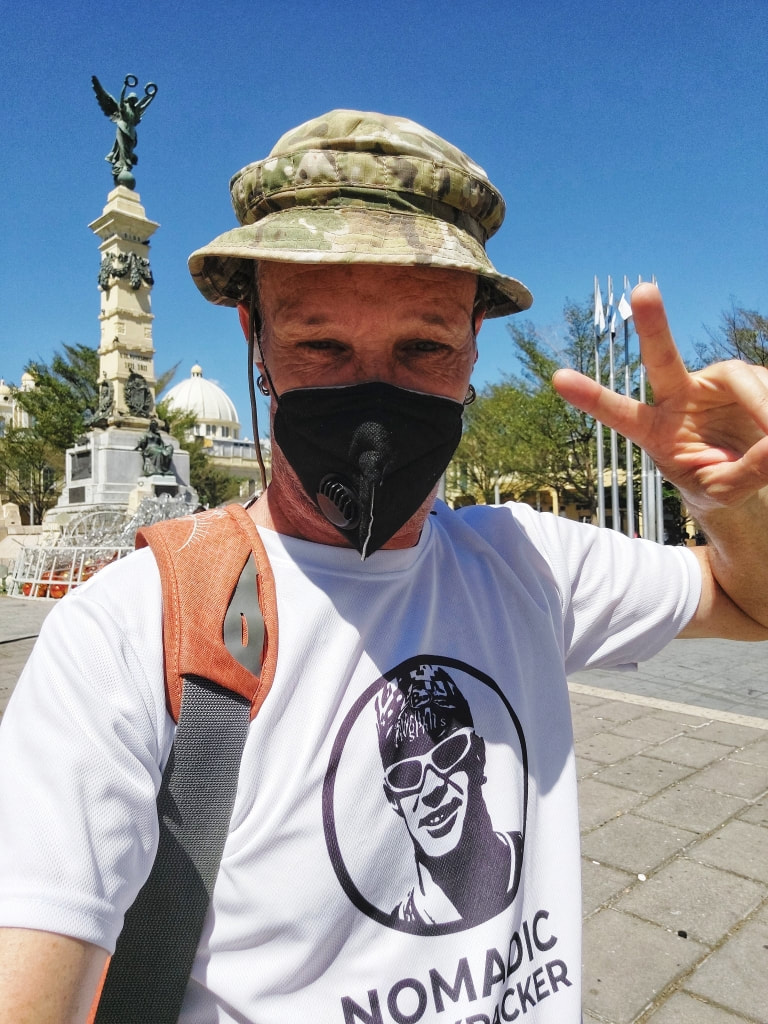 ​The "radically beautiful" Iglesia El Rosario, a catholic church on the eastern side of the Plaza Libertad which dates from 1971, designed by Ruben Martinez and looks like an aircraft hanger. This is sadly closed at the moment, due to the covid pandemic: 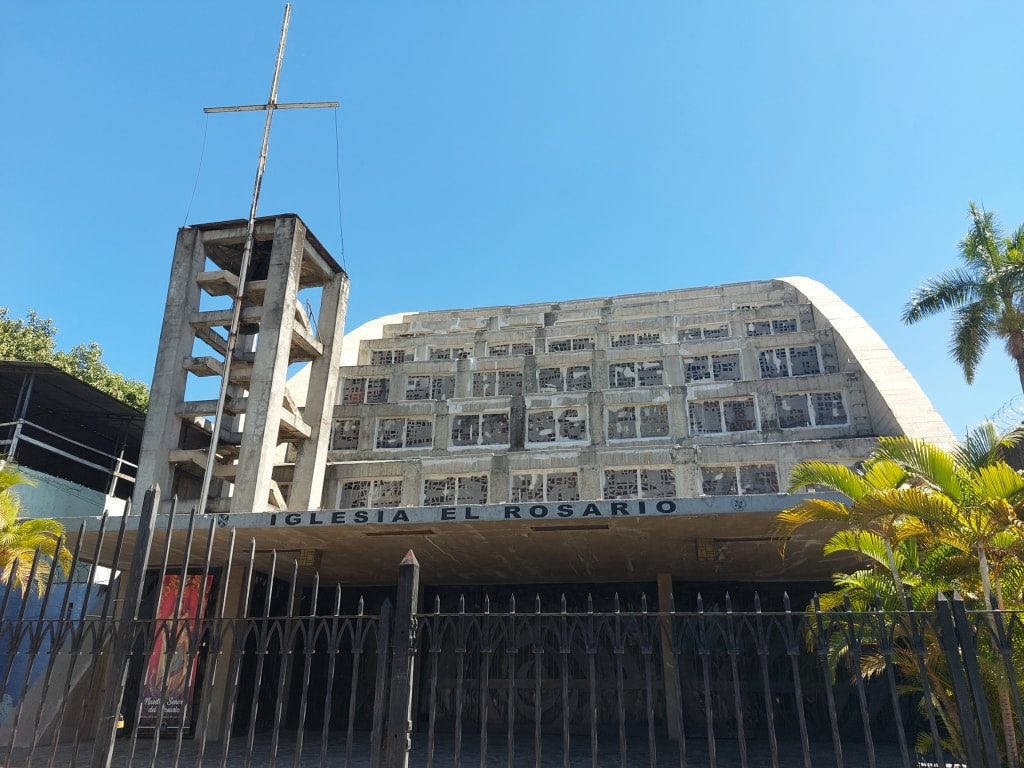 ​And the Monumento al Divino Salvador del Mundo, a statue of Jesus Christ standing on top of the world, originally built in 1942 but the present one, rebuilt in 2010: 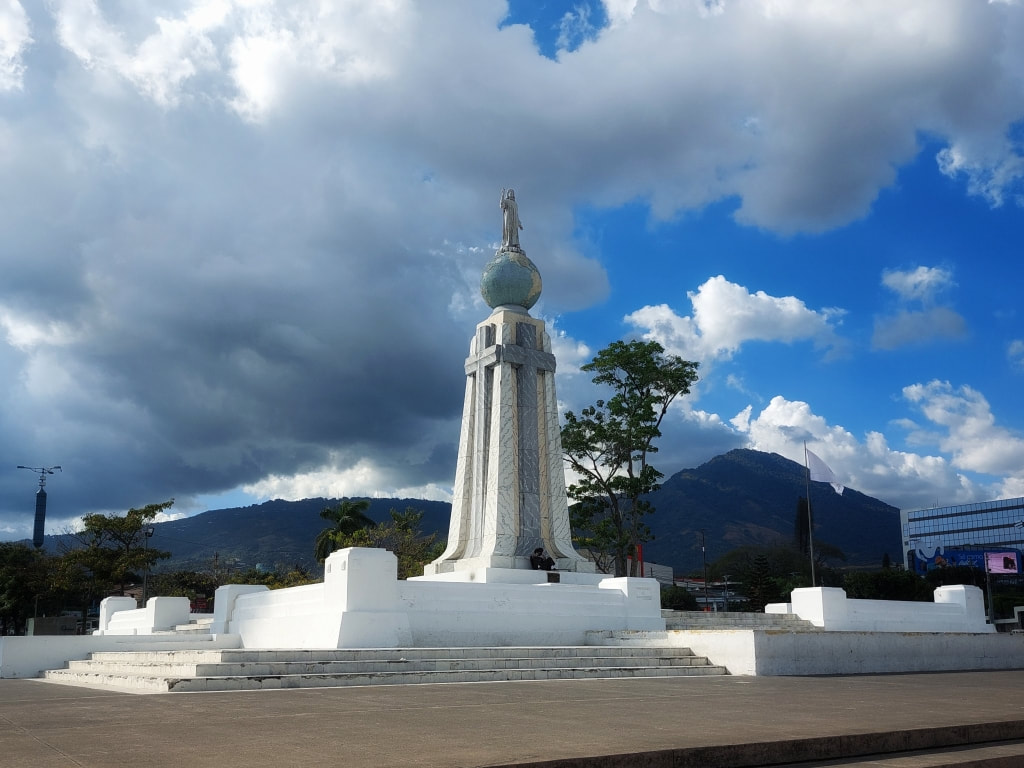 A bit futher out, the Monumento a la Revolucion: 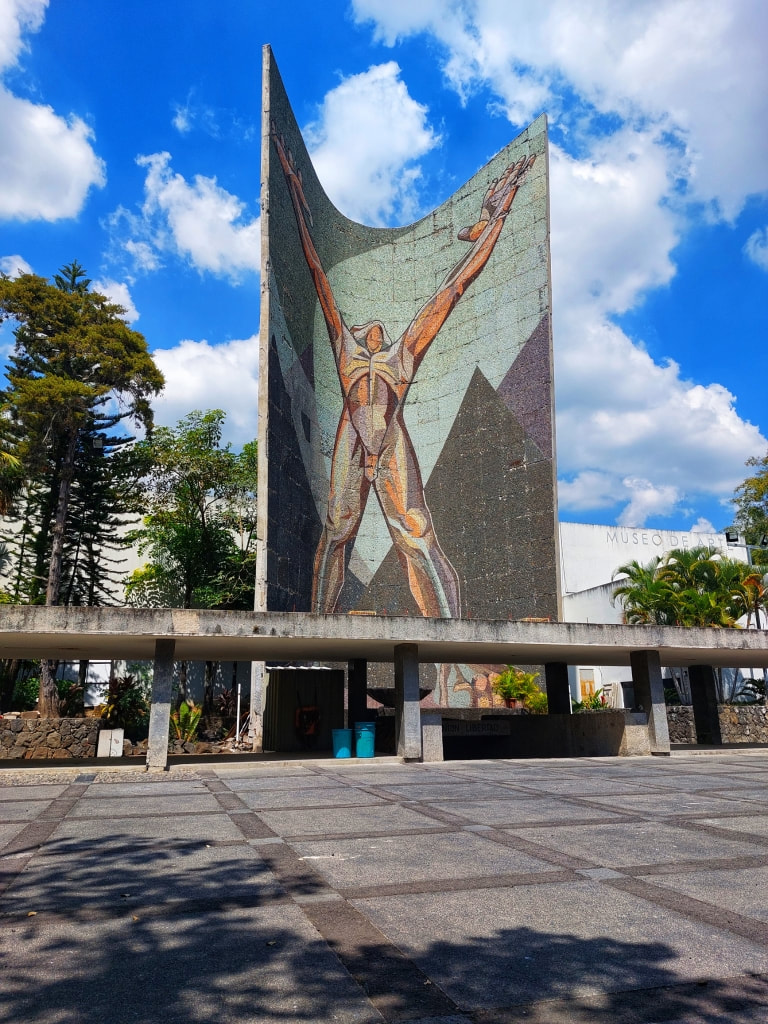 I was backpacking the El Cementerio de Los Ilustres, one of the largest cemeteries in El Salvador, where the country's elite are buried, looking for the grave of La Novia, Lidia Cristales de Lopez, first wife of Dr Lopez, the original resident of the Lopez Mansion, now the Hostal Cumbres del Volcán Flor Blanc, the hostel I am lodging at.
​
I failed to find it (on my visit), but I found this:

Enrico Massi (Naples, Italy, October 29, 1897 - Soyapango, El Salvador, October 4, 1923) was an Italian aviator. He is considered a pioneer of aviation in El Salvador. 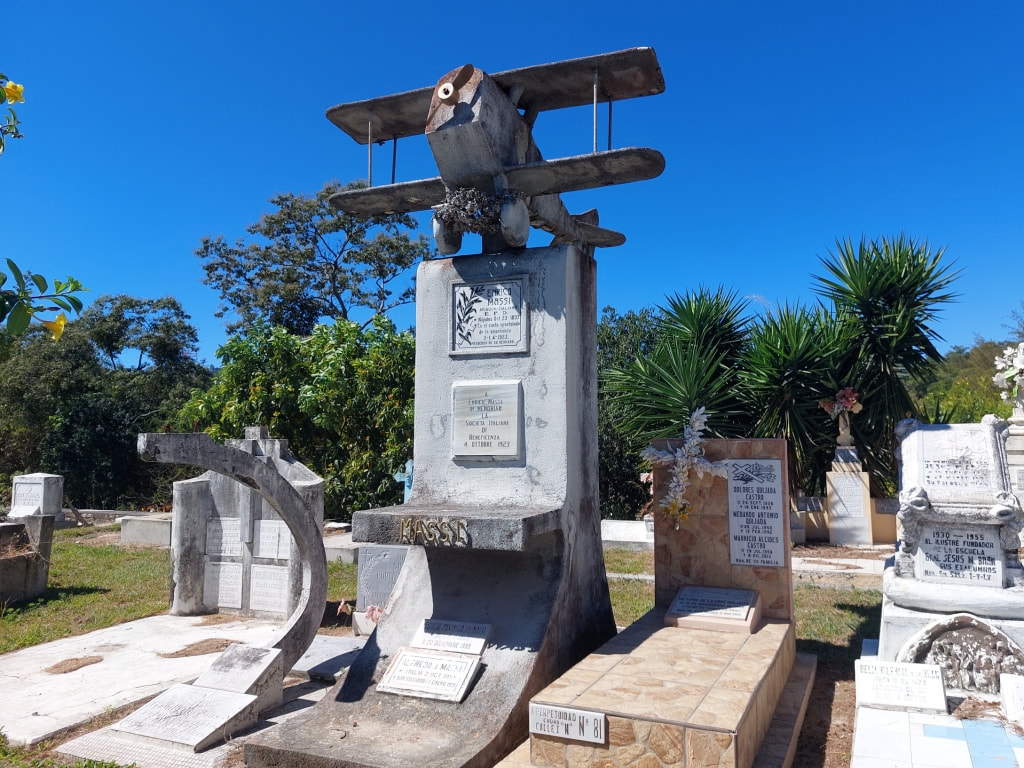 ​And then street life in San Salvador, the vendors from whom I buy my fruit and veg, always happy to pose: 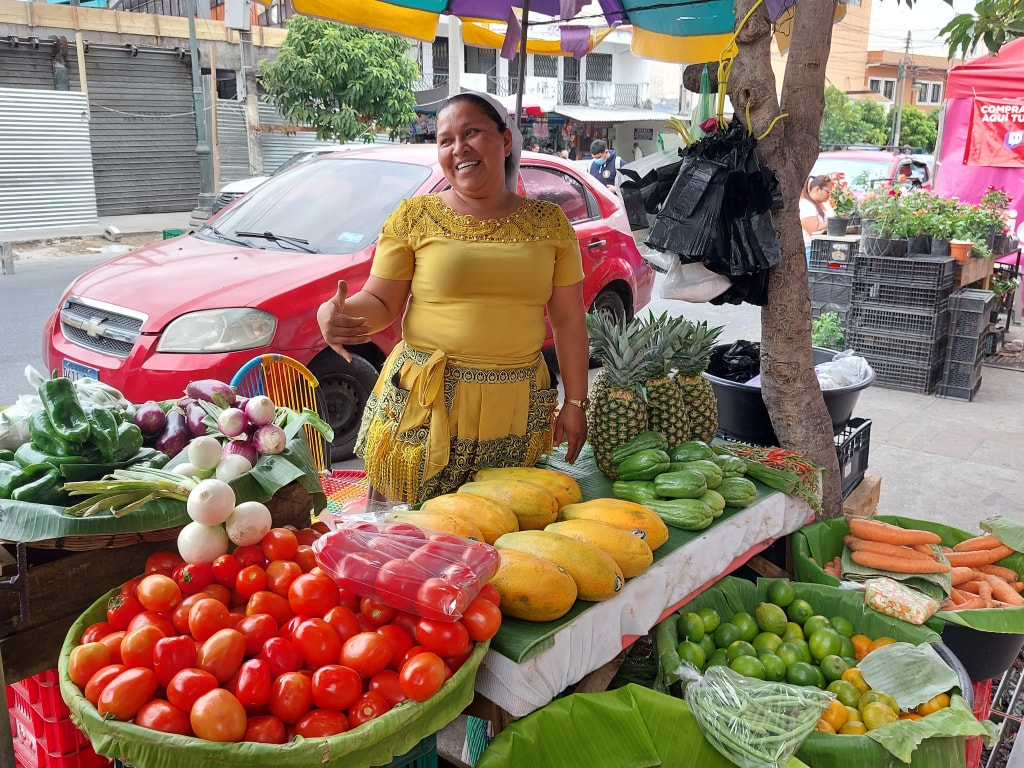 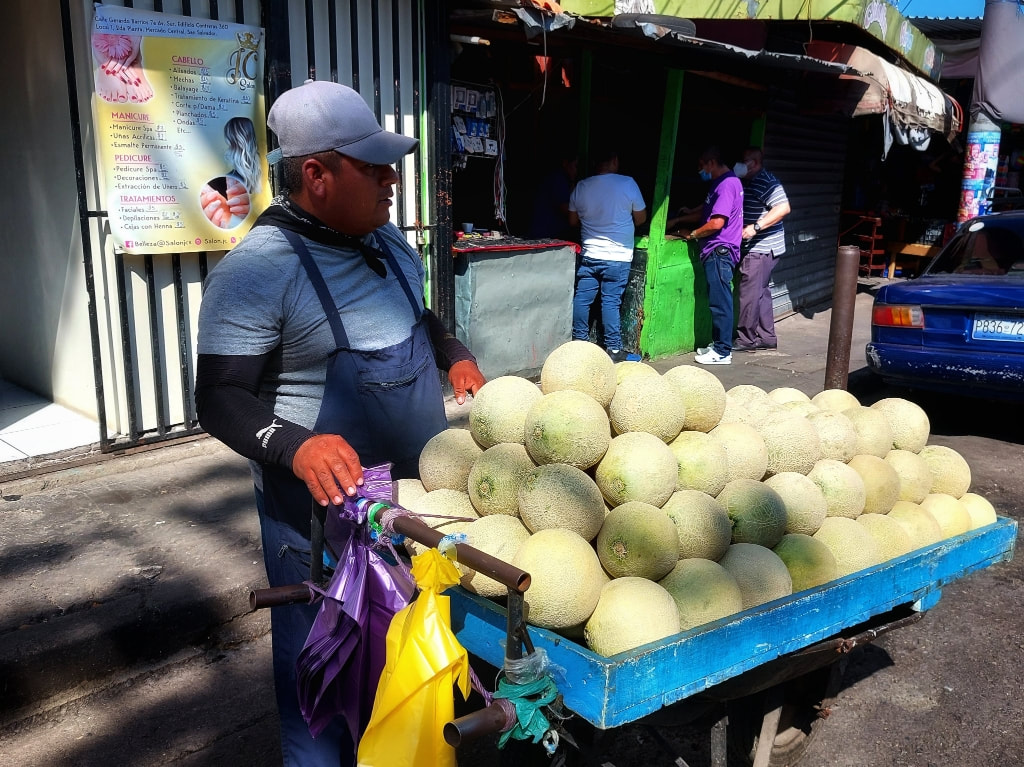 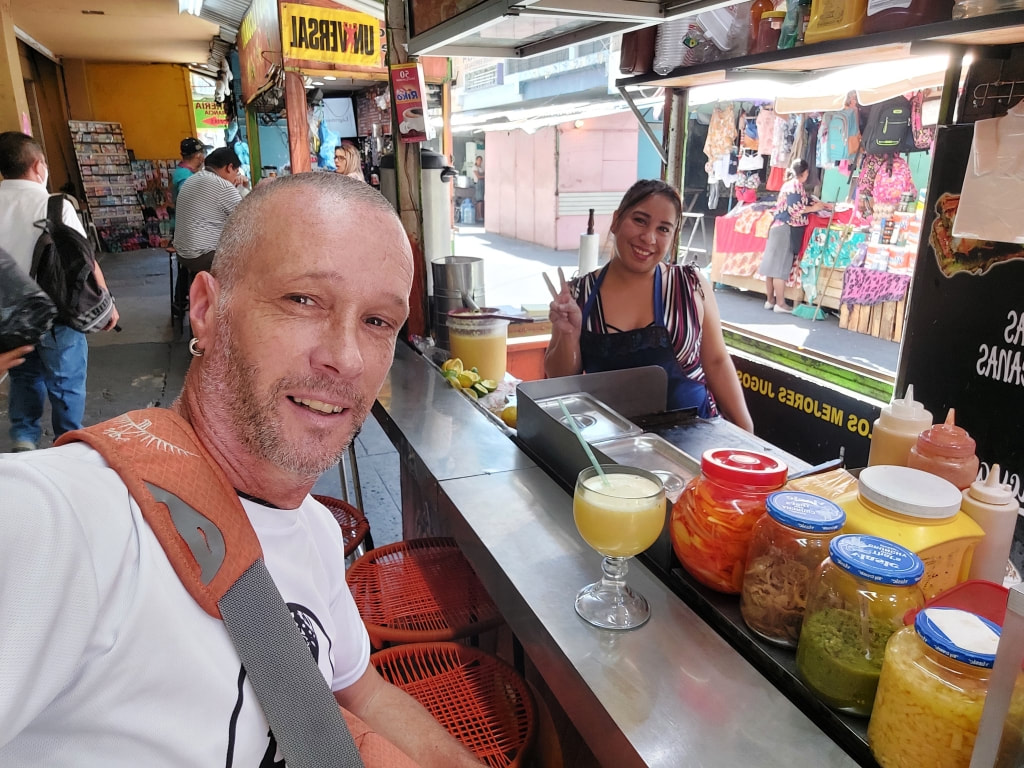 And simple street scenes to give you a glimpse of what San Salvador looks like: 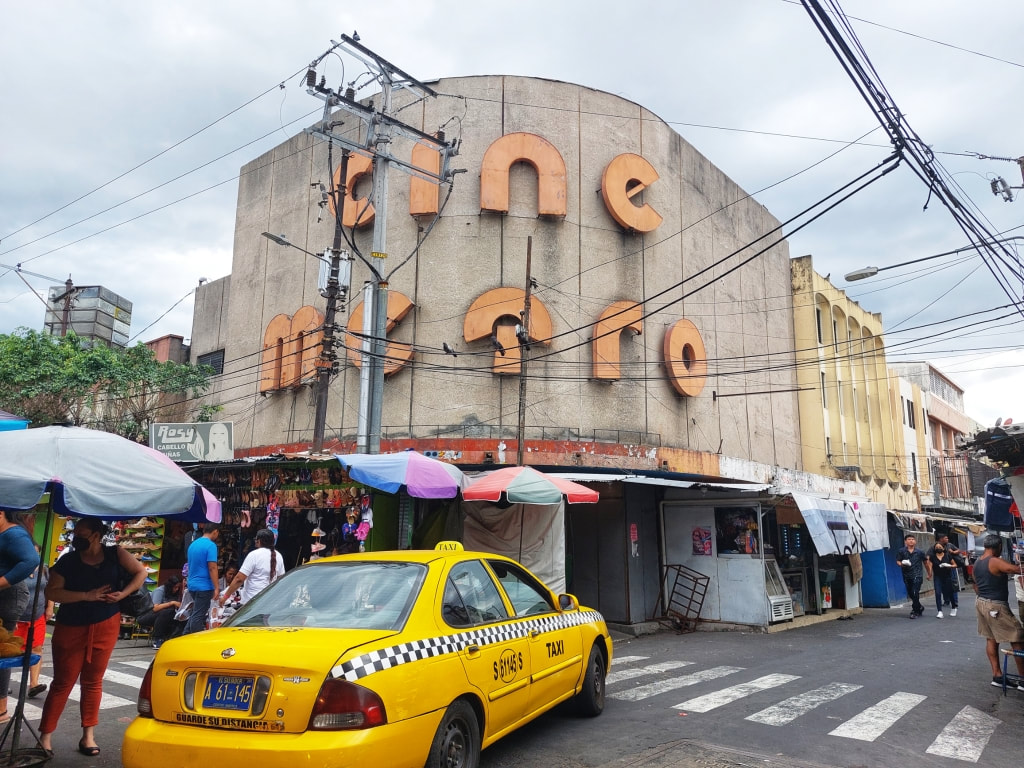 The El Café, where I indulged: 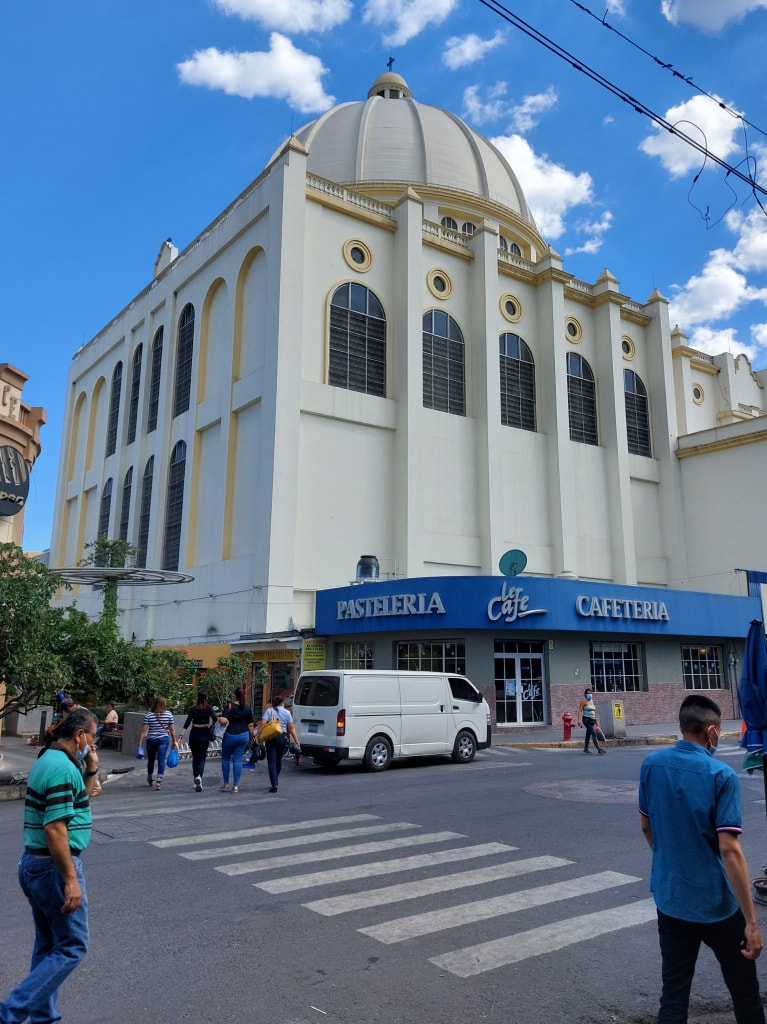 Block after block have been turned over to market stalls. This is where the average Salvadoran shops, it's much cheaper than the bigger supermarkets out west, with the Iglesia el Calvario at the end: 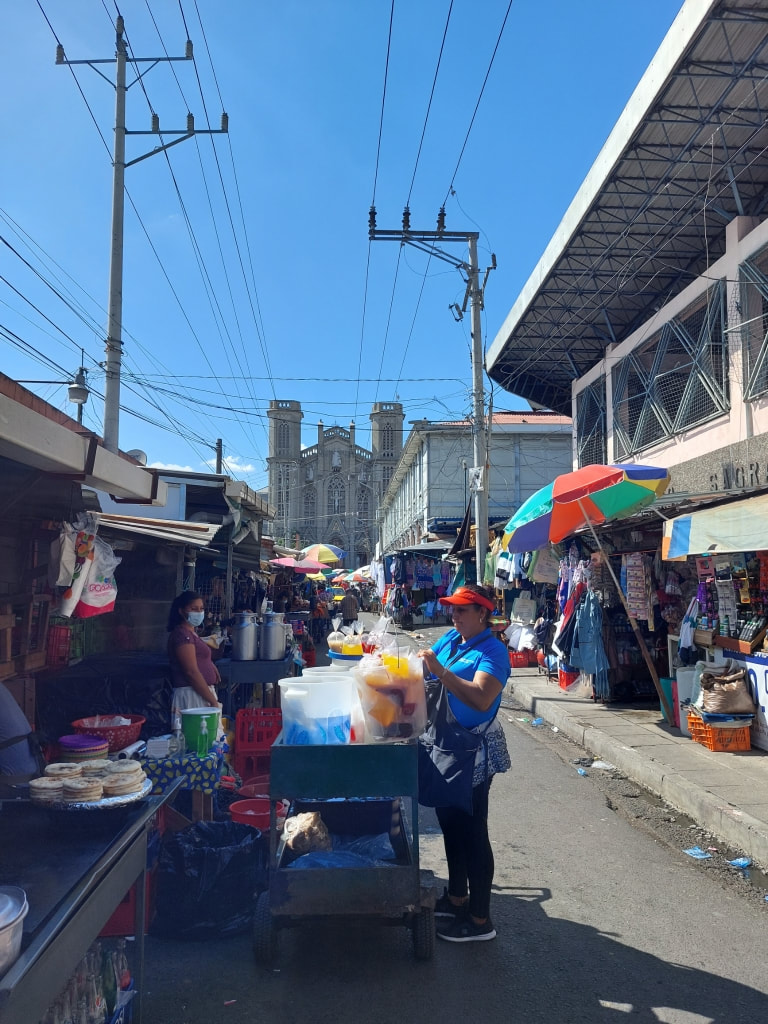 Relaxing with a beer on the roof top of the Cumbres del Volcán hostel after a hard days backpacking San Salvador and then blogging on a tablet: 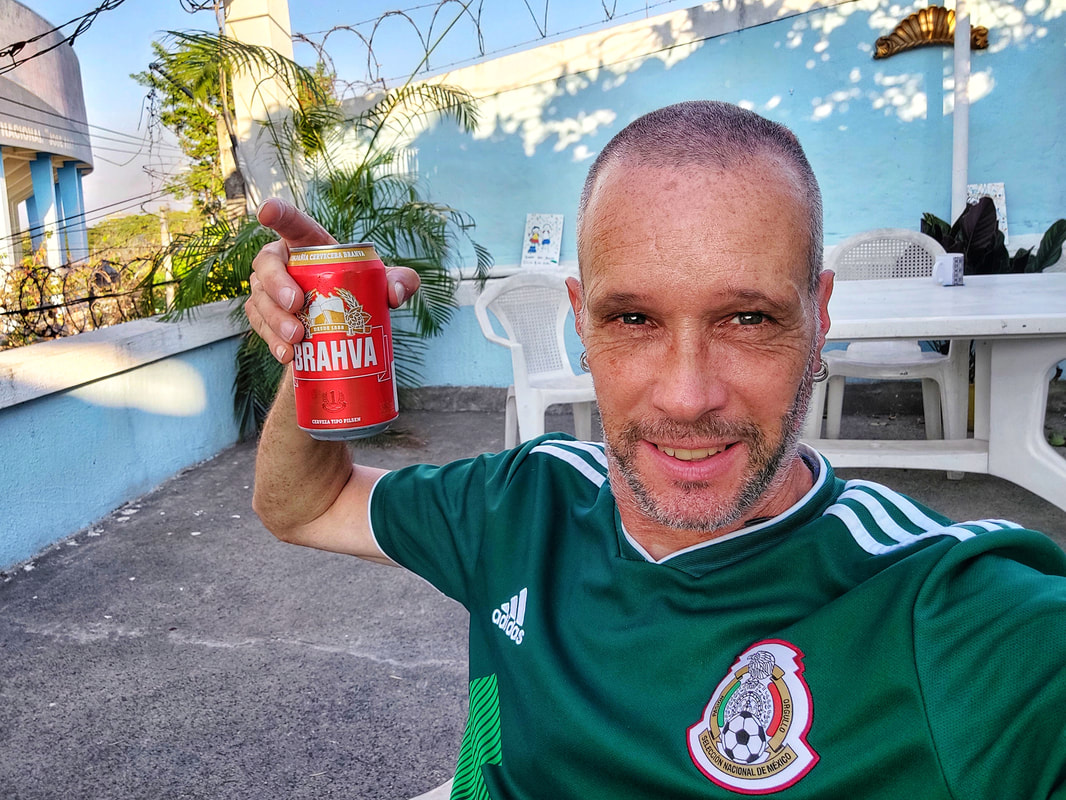 Yes, San Salvador rocks. It has a checkered past and because of this, it feels more real and that is what Nomadic Backpacker loves to experience.