​Connect on Twitter
​​BAALBEK...is a town in the Beqaa Valley in Lebanon. Baalbek is famous for ancient ruins.

​The Beqaa valley is famous for Hezbollah training camps and arms caches due to its proximity to the Syrian border. There are a lot of poppy fields too.​
This post has been rewritten for Nomadic Backpacker and is based on my travels in 2010 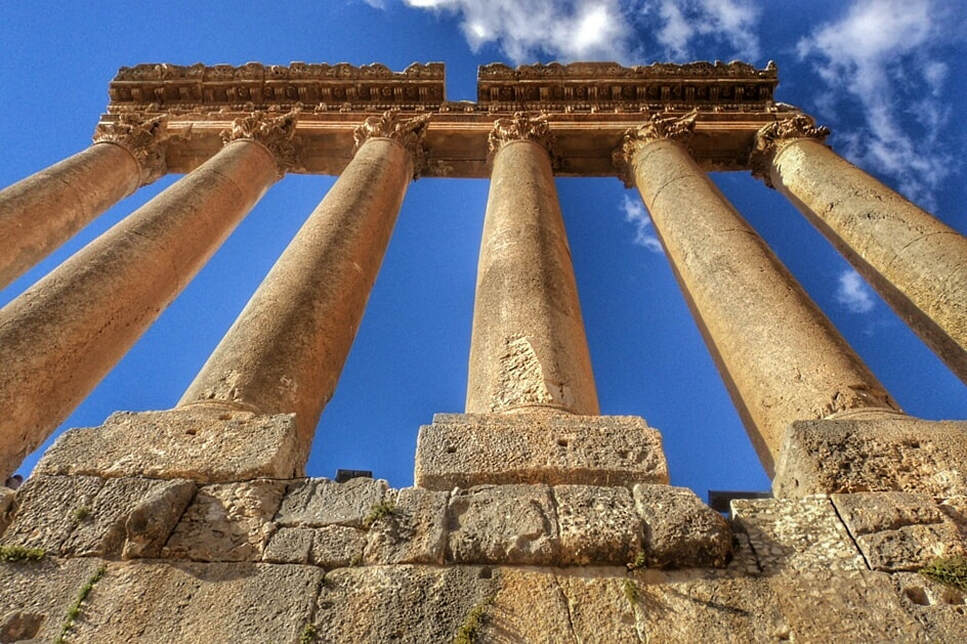 You can get there by bus from the Cola intersection in Beirut or travel as I did over the hills from Bcharre. There is no bus service so you'll have to put your thumb out. Spectacular scenery! My first ride took me as far as Deir el Ahmar.

As I waited for my ride, Land Cruisers cruised around town, semi-automatic weapons poking out of the window or the sunroofs. I even shoved out my thumb for one of these, having not seen the guns until the last minute. The guys laughed. I am used to the motioning of the hands or of the heads when potential drivers are not going very far or indeed anywhere and here was no different.

The wait lasted an hour. Some french tourists picked me up. 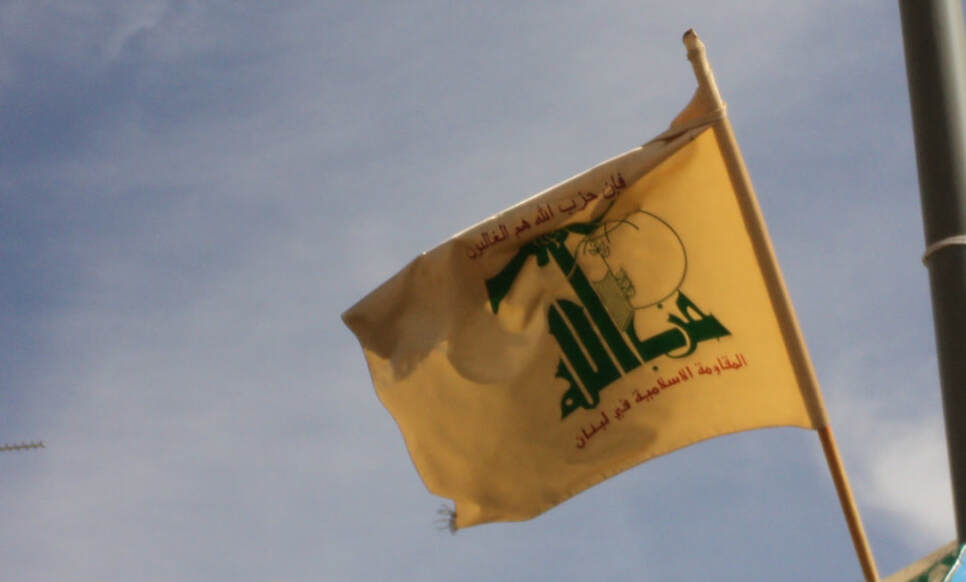 ​Hezbollah flags were a common sight in the streets. You could even buy Hezbollah T-shirts but as I had planned to going to Israel, I did not want to thwart my chances of being let in.

But later I regretted that decision. 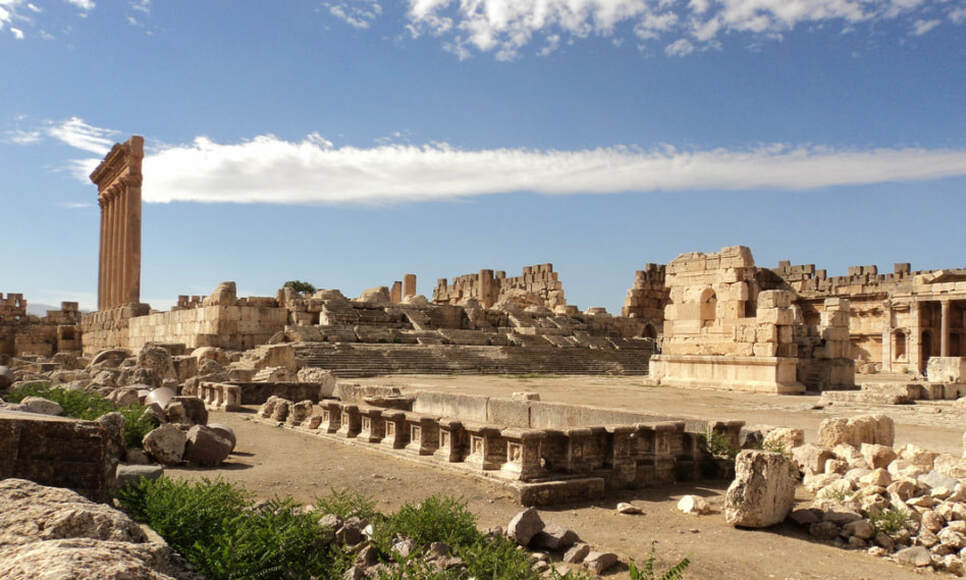 ​My reason for coming to Baalbek was for the ancient ruins.
​
Known as Heliopolis (Greek:Ἡλιούπολις) during the period of Roman rule, it was one of the largest sanctuaries in the empire and contains some of the best preserved Roman ruins in Lebanon. The gods that were worshiped at the temple - Jupiter, Venus, and Bacchus – were grafted onto the indigenous deities of Hadad, Atargatis, and a young male god of fertility. Local influences are seen in the planning and layout of the temples, which vary from the classic Roman design. 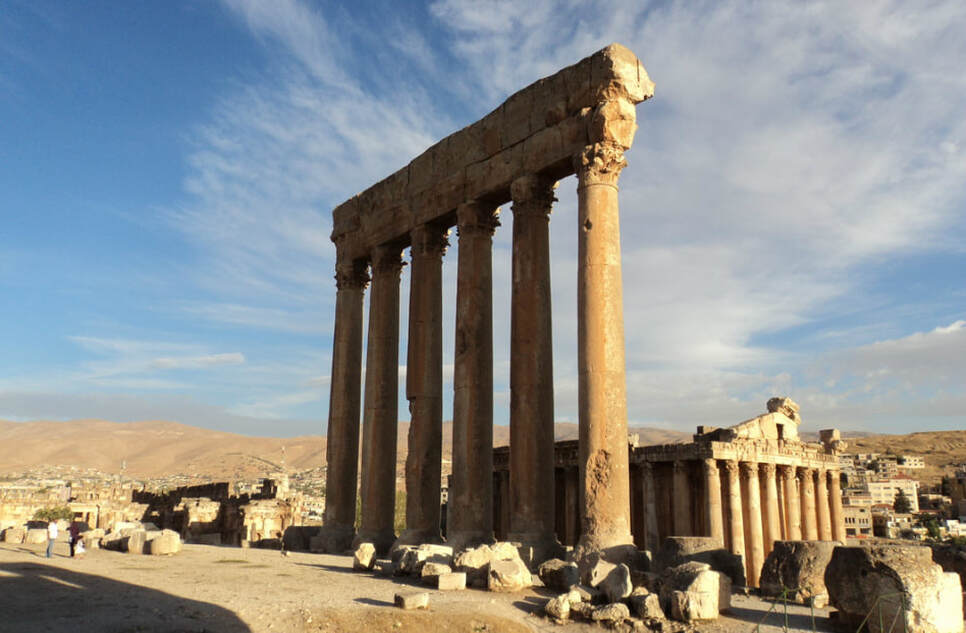 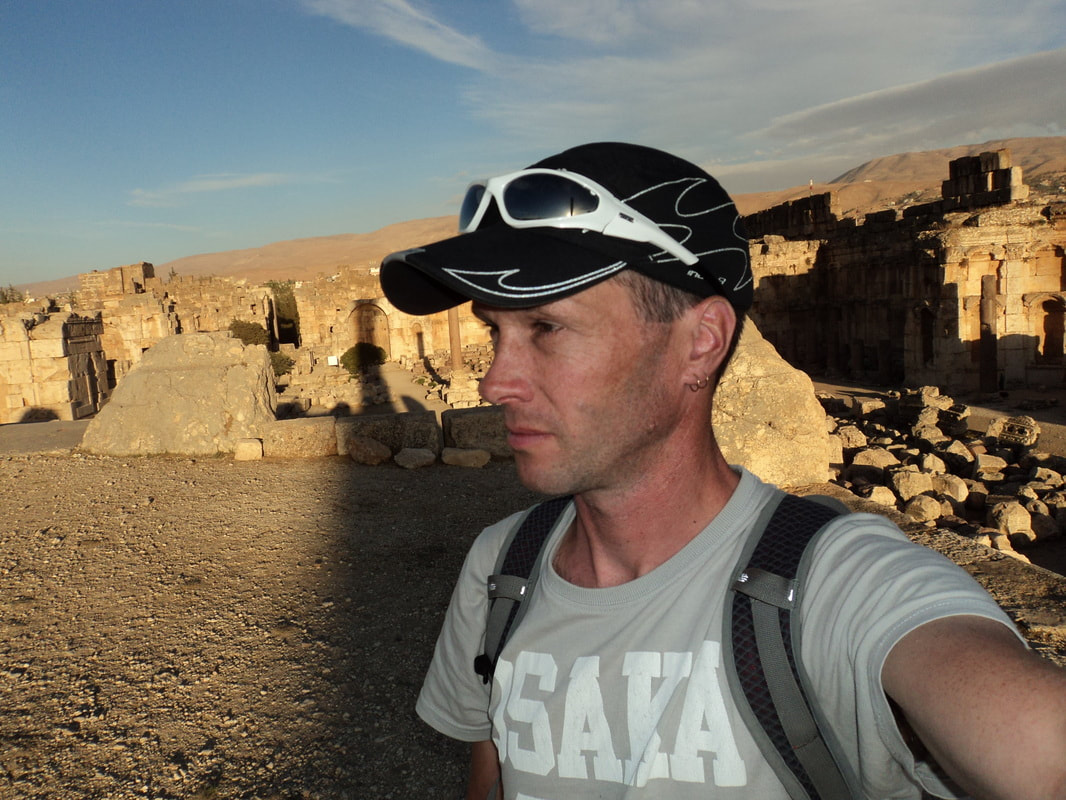 All backpacker nations can get a visa on arrival for 33$ at Beirut airport and land border crossings. No evidence of a visit to Israel!