A Life Of Travel - Notable Experiences

Connect on Twitter
A Life of Travel - A timeline of sorts where I detail notable experiences over the years, from going to France on a day trip from school to losing my virginity to backpacking Australia, a baseball game in Toronto, sky diving in New Zealand, getting on the podium of a 10km race in Switzerland, working in Ireland and Switzerland.

But sadly, I have no access to photos pre-2010 but there are plenty of previously unseen photos to see from 2010 onwards. 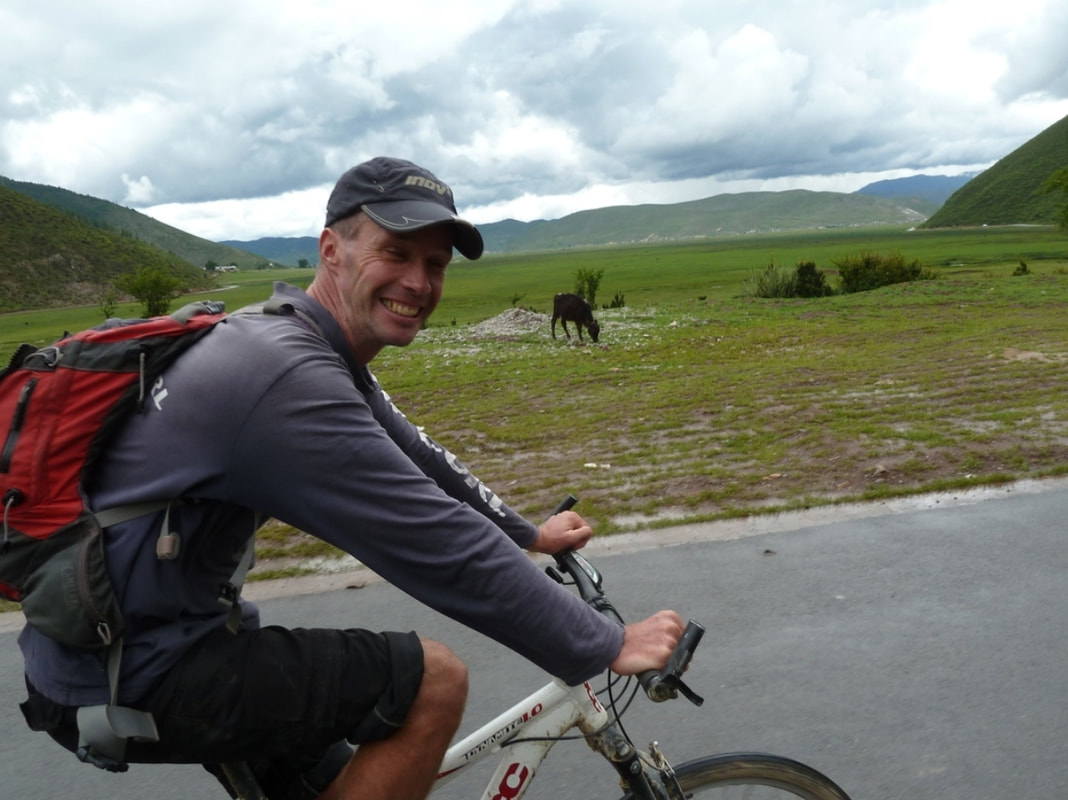 There are so many notable events that have, until now, not been mentioned on Nomadic Backpacker, so keep on reading:

. Member of Milton Keynes Cycle Club, 1985.
​
. Lost my virginity. April 1 1986. Yup, a truly memorable date in more ways than one. This is not an April's Fool joke. The venue was the front seat of an ancient Citroën.

I was an avid cyclist. I wanted to ride the Tour de France alongside Robert Millar:

In 1992, I discovered backpacking:

. Got my first lap dance at a strip club in Toronto, ending up on stage being stripped. April 9 1993.

. Worked as a courier in England

. Spectator at my first (and only) ever football match. St Gallen vs Lausanne at the Wankdorf Stadium in Bern, Switzerland

. Worked my first season as a waiter in Grindelwald, Switzerland 2001 Winter season

. Learnt to ski Grindelwald. Thanks to Blanka 2002

. My mum died at 60 years old after a stroke

I started running again and discovered I was pretty useful, especially when going uphill. I trained in the mountains and raced on the road, with some crazy mountain races too in Switzerland and Malaysia:

. During my time in Switzerland, 2001 to 2013, I ran around 20 races between 5 km and 20 km including the Bern GP, AltStadtLauf in Bern, Silvesterlauf in Zurich together with the ones listed above. 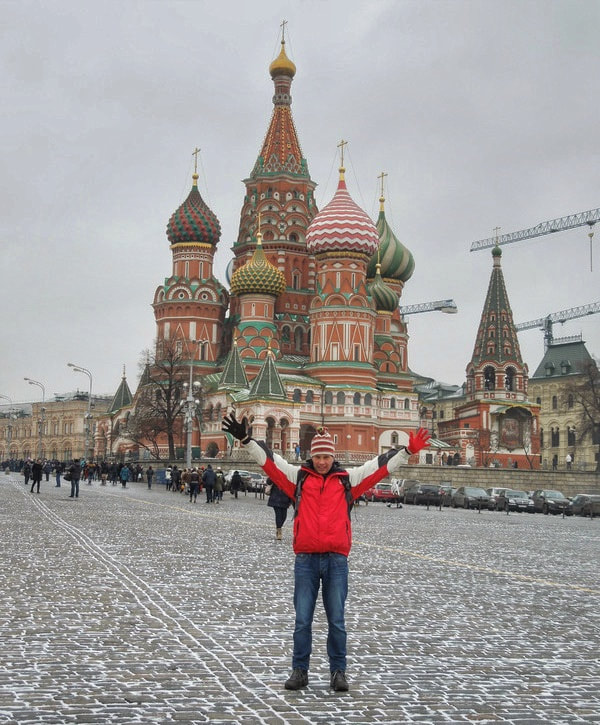 NomadicBackpacker rode the Iron Ore train from Nouadhibou all the way to Zouerat, as I missed the stop at Choum, Mauritania, 2013: 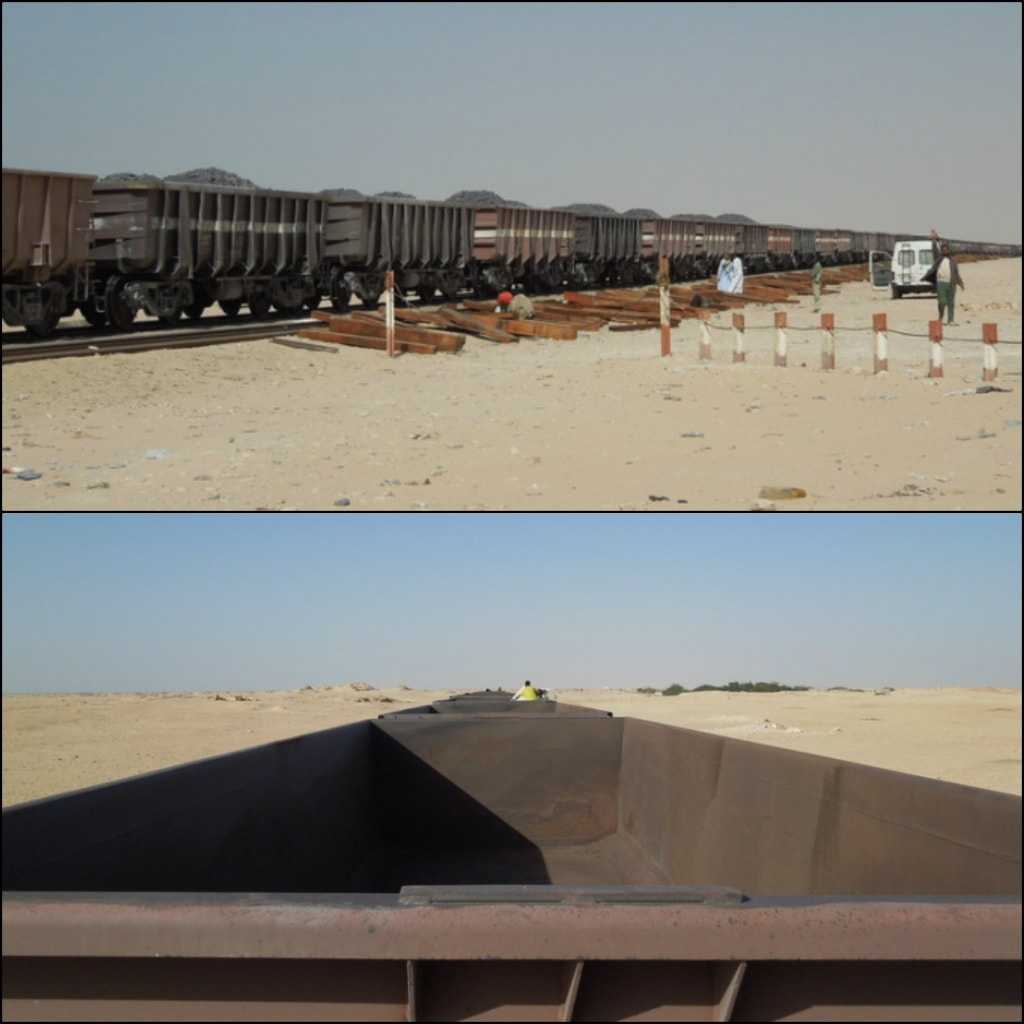 NomadicBackpacker arriving at the Kievskaya station in Moscow, Russia, 2014: 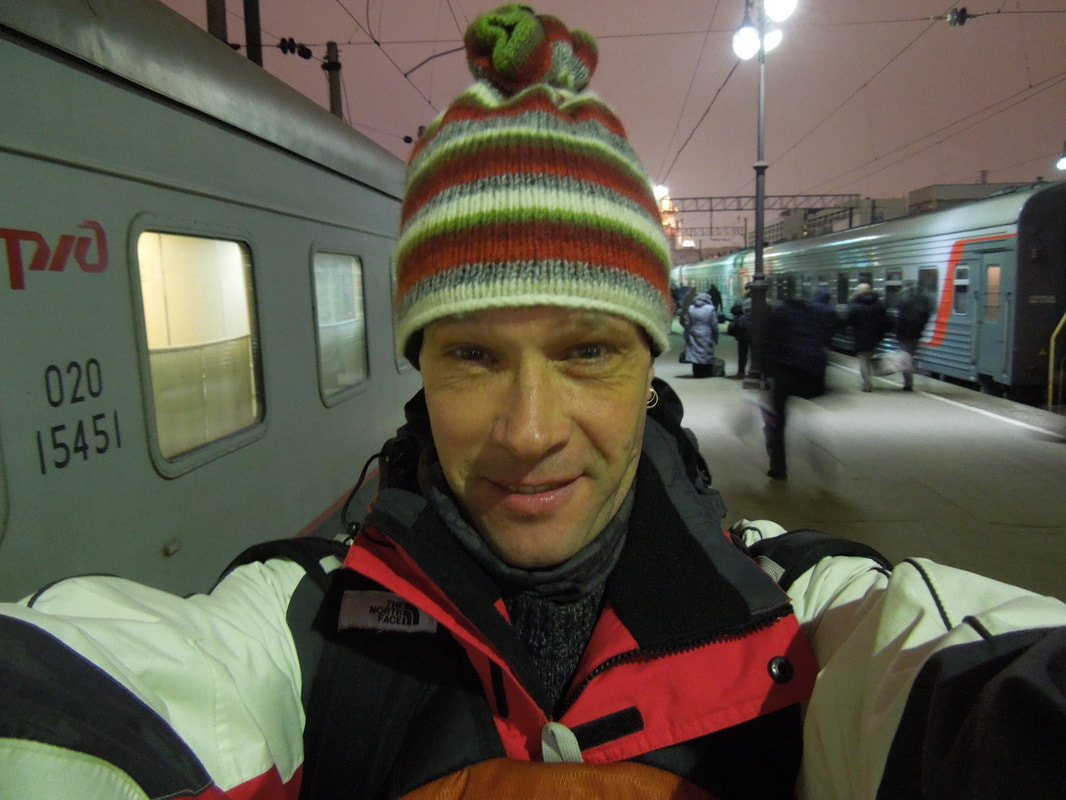 NomadicBackpacker nearing the end of 4 days 3 nights on the Trans Siberian from Irkutsk to Vladivostok, Russia, 2014: 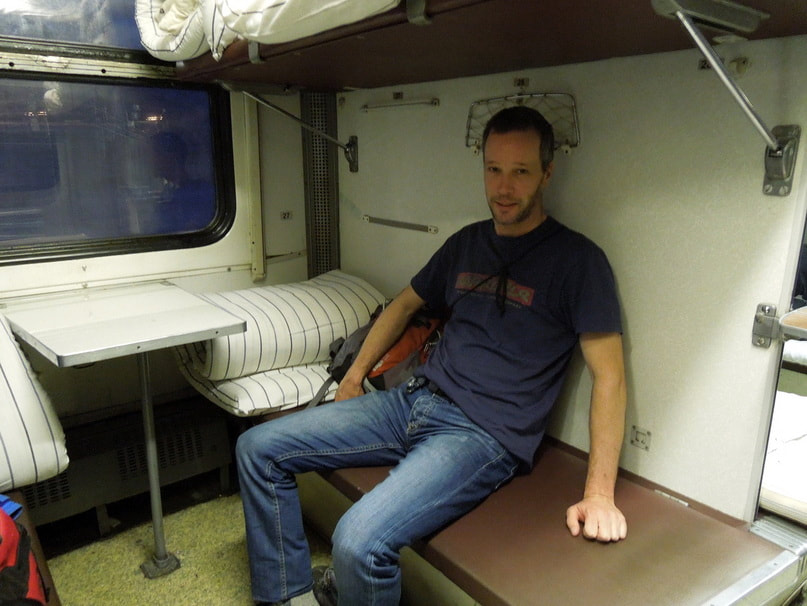 . 549 days of straight travel, June 1 2010 - December 1 2011
. Hiked the Annapurna Base Camp trek
. Crossed the Kunjerab Pass between China and Pakistan. This remains the highest point I have been to @ 4693m 15,397ft
. Started my first blog 'whitemonkeytravels' a complete disaster but a big learning curve
. Worked in Lisdoonvarna, County Clare, Republic of Ireland as a barman

​NomadicBackpacker out training in the Atlas Mountains, 2008: 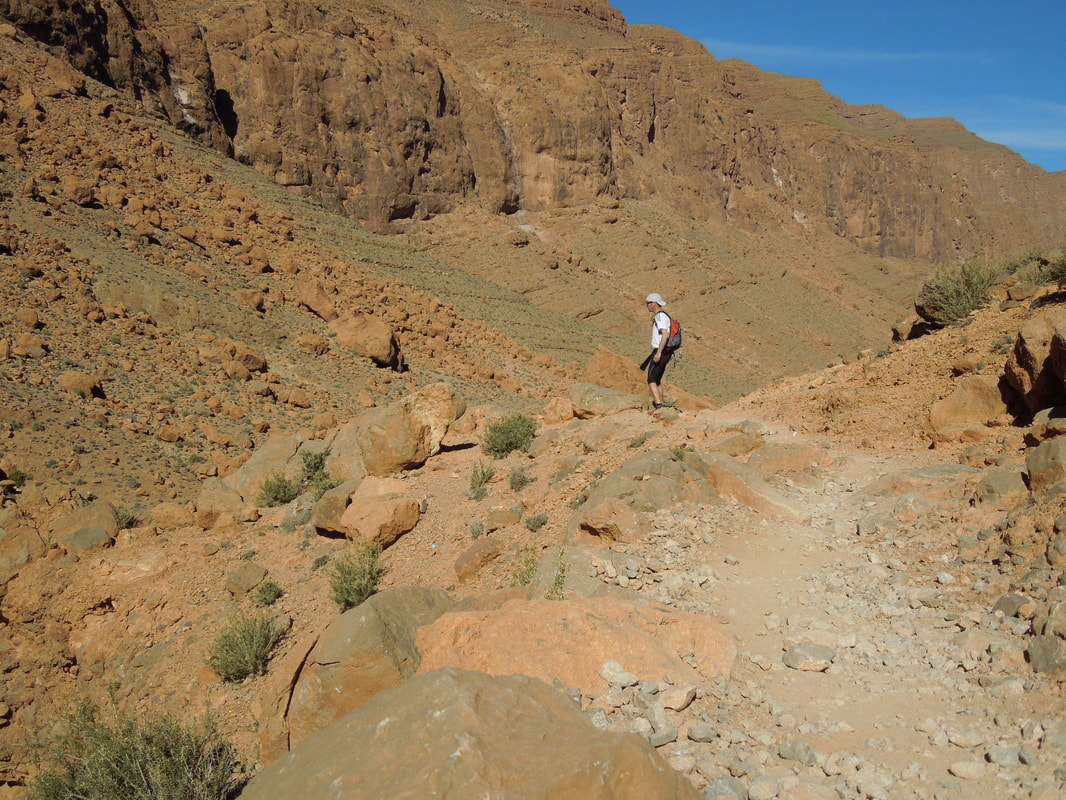 NomadicBackpacker in Rabat after getting the Mauritania Visa, 2012: 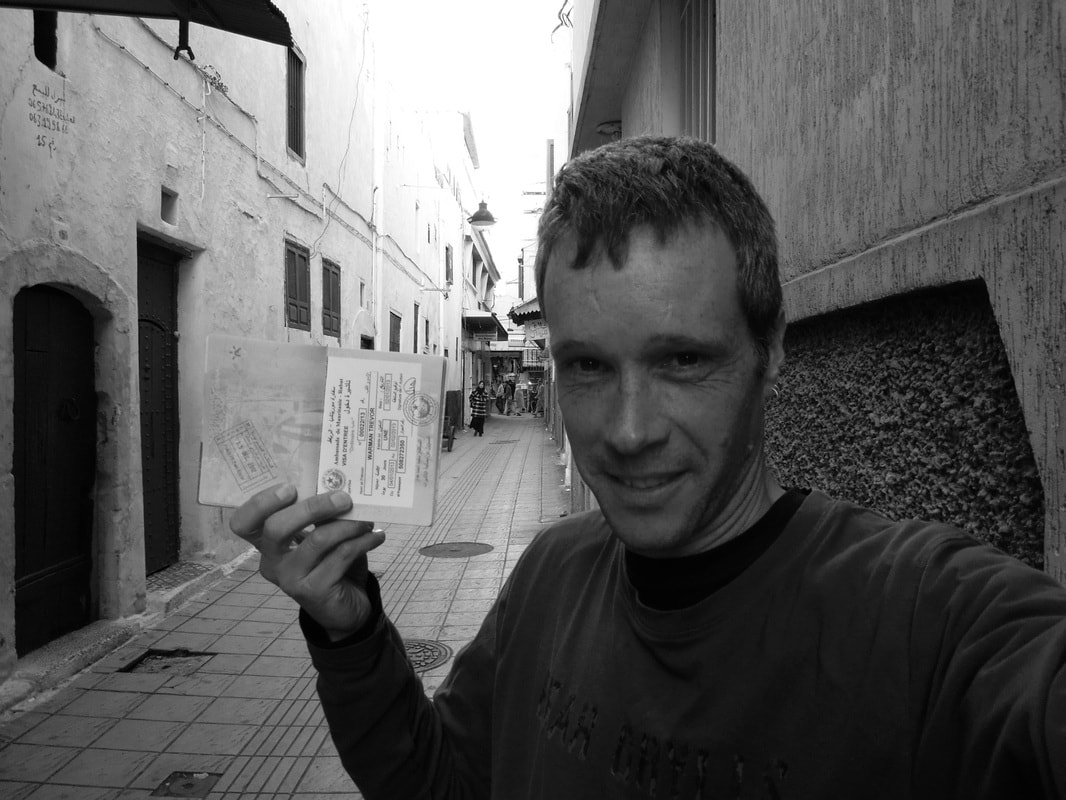 NomadicBackpacker at Kasprowy Wierch, the border in the mountains between Poland and Slovakia. 3 days later I carried my pack 4 hours up and over the pass and a further 3 hours to Liptovský Hrádok, June 2010 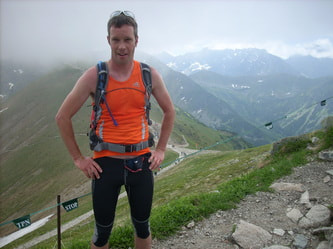 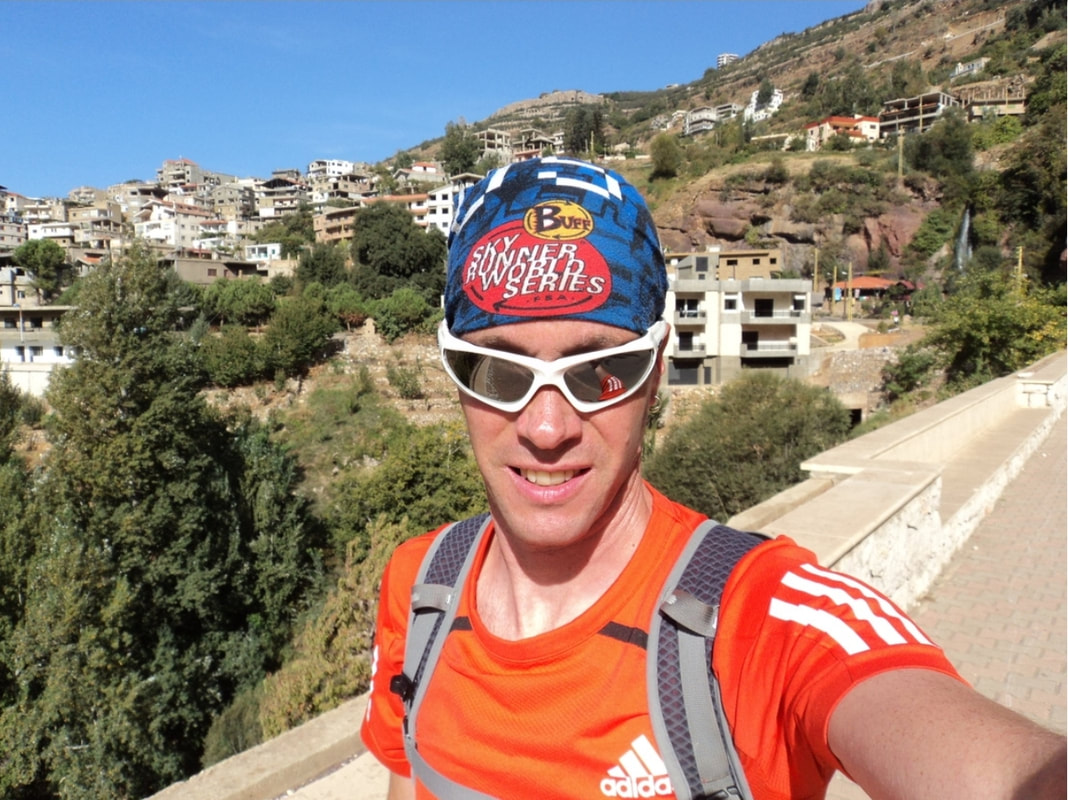 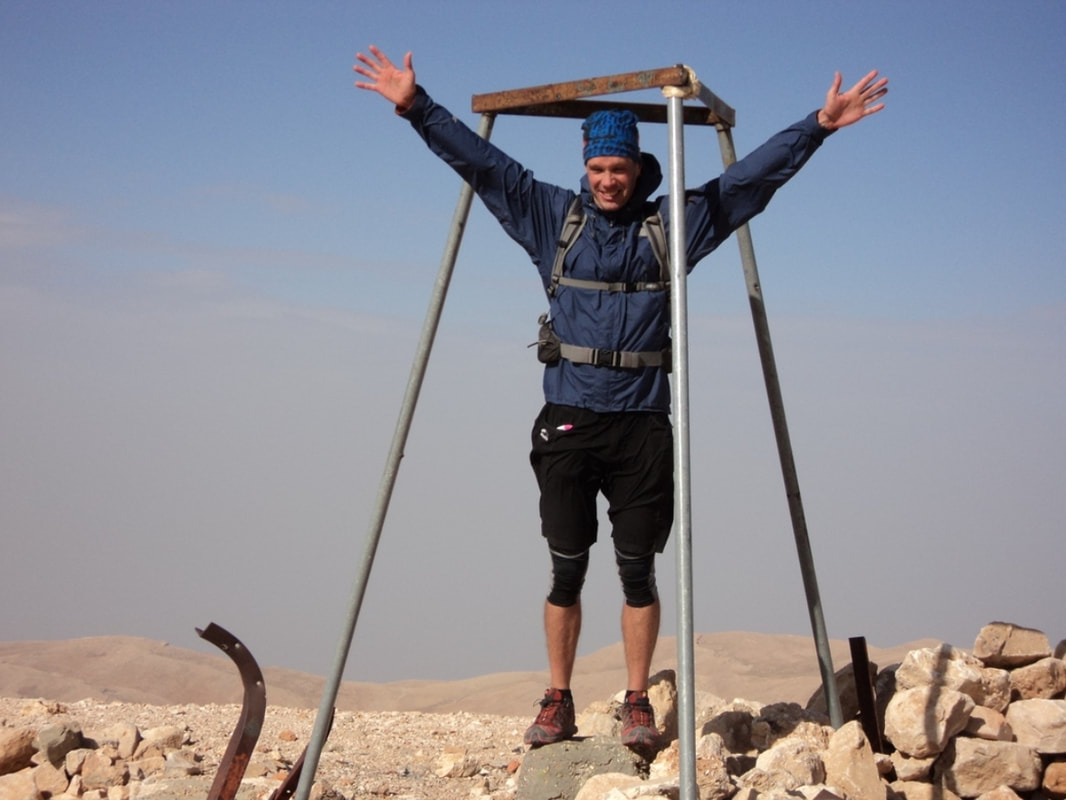 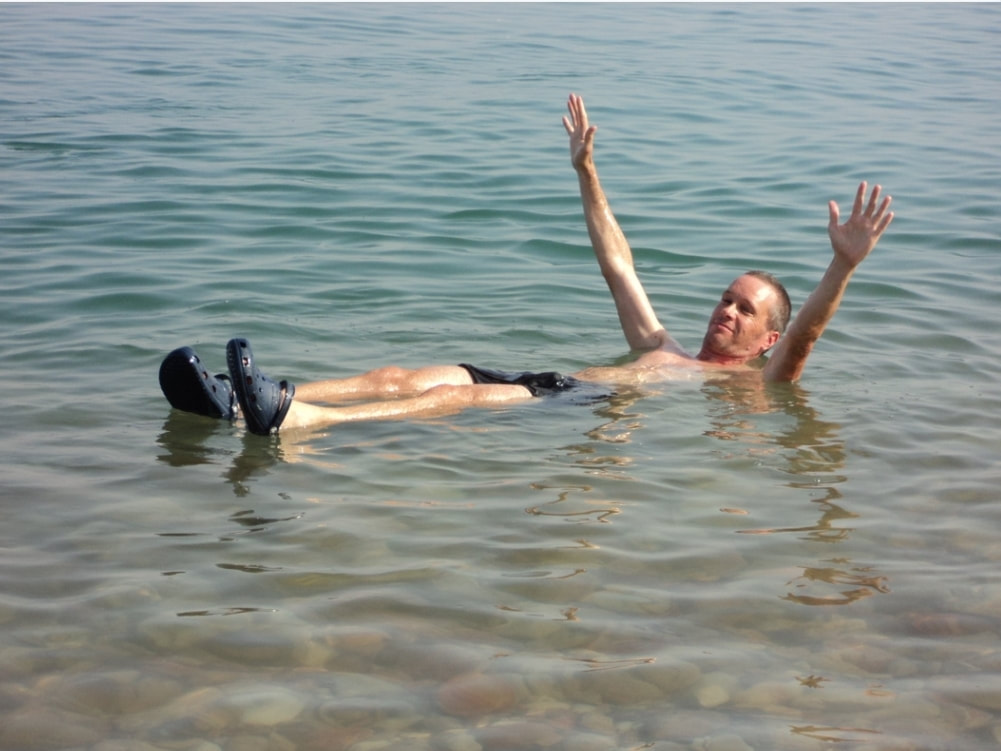 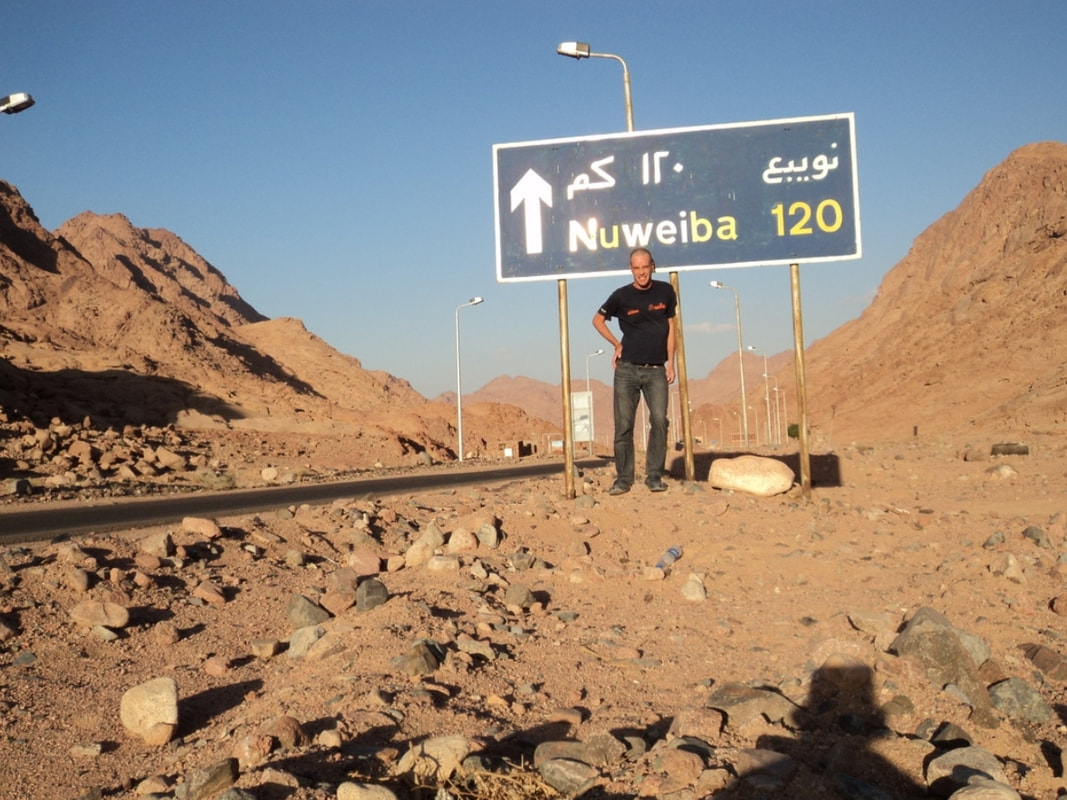 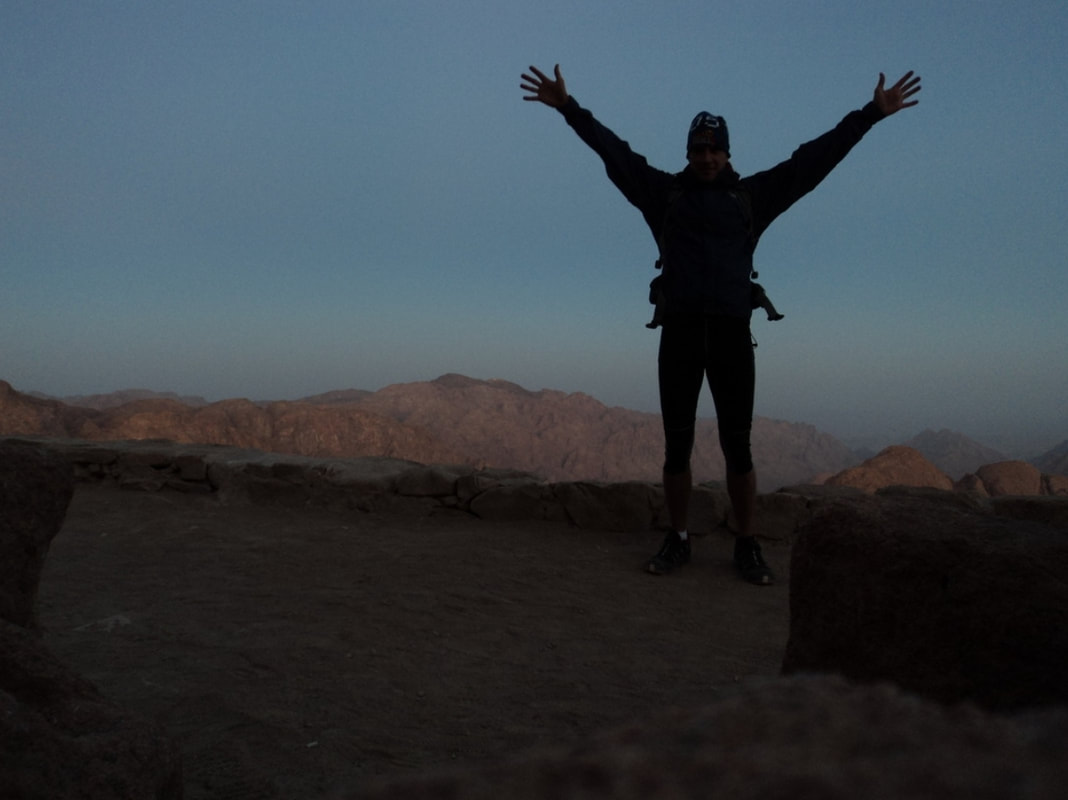 NomadicBackpacker getting a shave in Hampi, India, 2010: 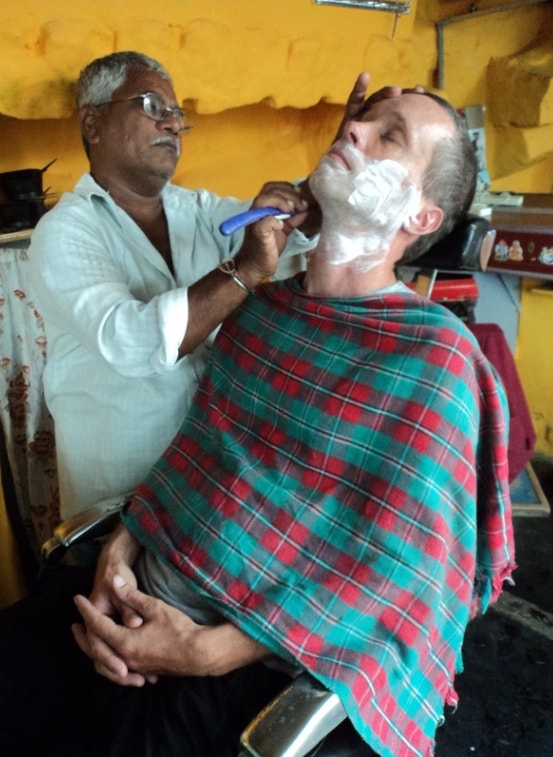 . Moscow to Vladivostok on the TransSiberian Winter 2014
. Lived in Hong Kong for 2 months
. Completed Cairo to Cape Town as a backpacker 7 months 19,000 km 2015/2016
. Nearly disappeared in a small village in Kenya
. Attacked by 2 guys with knives in Cape Town, South Africa
. Lived and worked 2 Summers in Karakol on the shores of Lake Issykul in Kyrgyzstan

​NomadicBackpacker at the Tsomgo Lake View Point near the Nathu La Pass in Sikkim, India 2011: 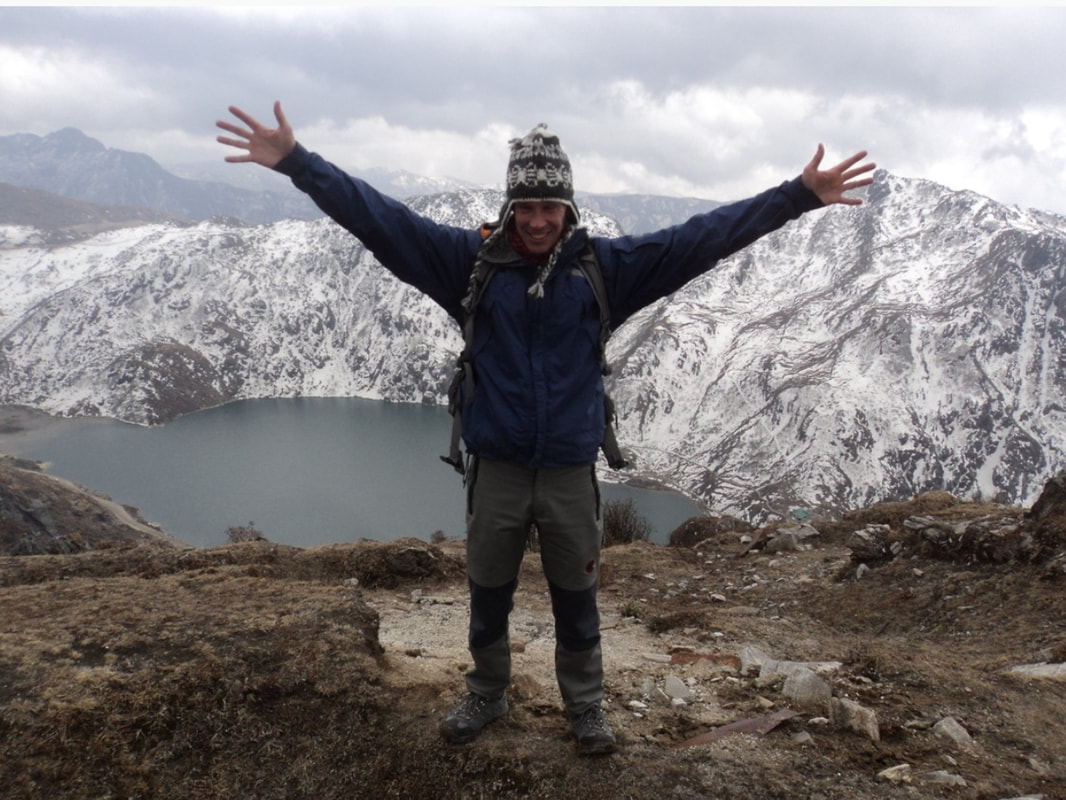 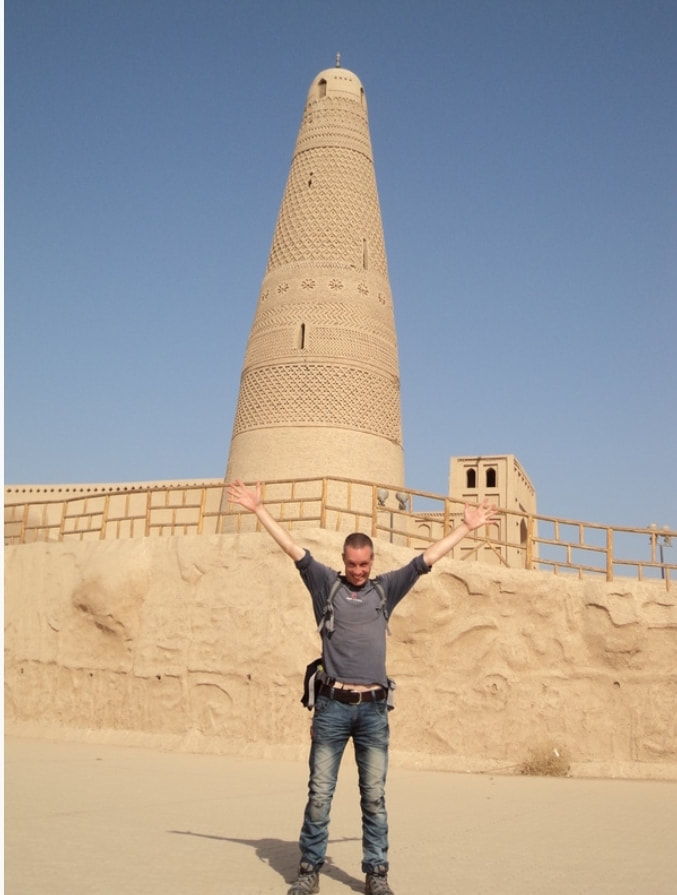 . Worked 2 years for the Royal Mail delivering mail in England. This is where I earned my travel money.

. April 2019 restarted blogging, under the name NomadicBackpacker
. Began my present Journey, when Covid was still in Wuhan January 6 2020
. Arrived in Tunisia
. Arrived in Senegal
. Arrived in Mali
. Arrived in Côte d'Ivoire
. Arrived in Kenya
. 103 days stuck in Naivasha
. Escaped on a KLM evac flight to Amsterdam
. Ended up having to isolate in Skopje
. Travelled to Mexico, Country 98
. Got naked in Zipolite, Mexico
. Travelled to Guatemala for my 99th country, May 25 2021
. August 4 1st shot AstraZeneca Covid vax
. October 2nd shot AstraZeneca Covid vax
. Living in CDMX, Mexico
. Travelled to me 100th country: El Salvador
. My father pass away when I was in El Salvador, returned to England for 2 months
​. Booster shot Moderna
. Probably the first traveller to Backpack Bletchley
. Visited Bletchley Park museum
. Returned to Mexico
. Watched a baseball game in CDMX
. Visited one of the most famous football stadiums in the World​ 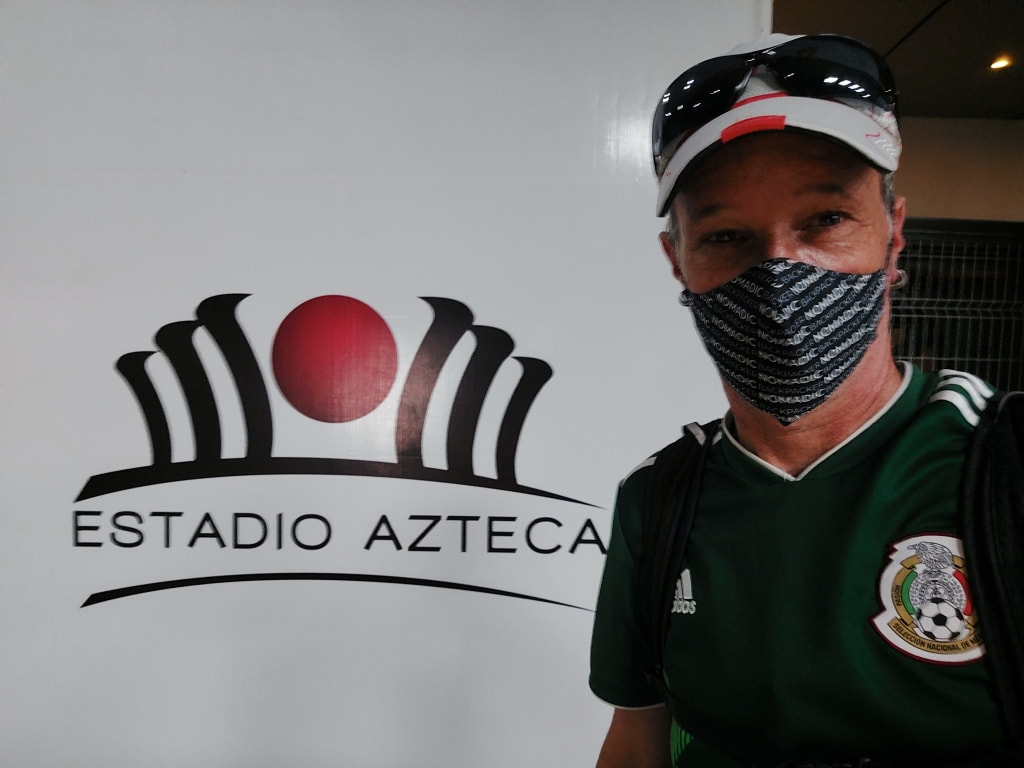