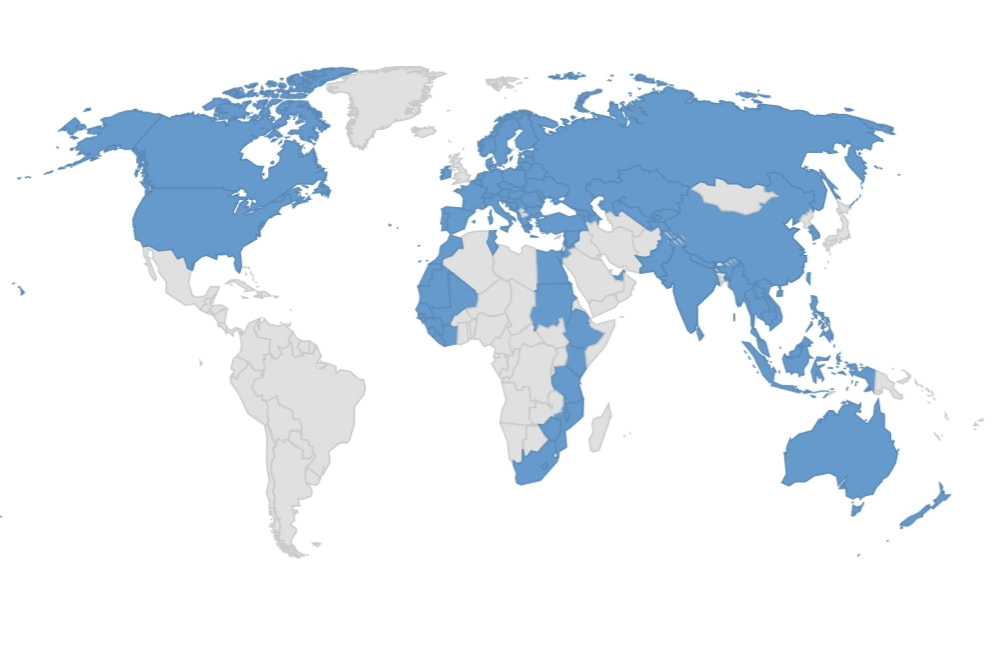 ​Last updated: April 2020
2020 - The year starts with a bang. London to Paris to Marseille and onto Tunis, Senegal, Mali and Cote d'Ivoire. Lock down in Kenya.

2019 - Working as much as I can in the UK. A quiet year on the travel front. Work aside, pretty much a recluse. But squeezed in a trip to Lisbon, Portugal and Moldova/Transnistria + Albania, Montenegro, Croatia but ended the year by quitting my job thus preparing the way to be back on the road.

2018 - Working in the UK as a postman. Travels to Belarus, Finland, Estonia, Latvia, Lithuania, Germany, Denmark.

2012 - Down and out in UK. desperate times. Working in County Clare, Ireland as a waiter, 6 weeks. Living and working in Switzerland, 6 months. Began London to Monrovia - West Africa - Overland: France, Spain, Morocco.

2006 - Working in Switzerland. Travels in Philippines, Borneo and Indonesia

2005 - Working in Switzerland. Travels in Borneo and Philippines

2004 - Working in Switzerland. Travels in Borneo and Burma

2003 - Working in Switzerland. Travels in Borneo, Brunei and Laos

2002 - Working in Switzerland, travels in Greece and Germany. Living in UK.

2000 - Working in UK, Living 2 months in Switzerland. Travels in Vietnam

1998 - Travels in New Zealand and Switzerland. Working in UK.

To help cover the running costs of this blog, donations are now possible via PayPal even if you don't have an account.
Thank You!

​This blog now concentrates on the present journey, Africa but you can still find the earlier posts on the SITEMAP.
​

Am using what is now known as 'Infinite Scrolling'. Every post is previewed on the home page with the latest post at the top. The title text is linked to the said post, as is the image, if there is one and there is the READ MORE link.

All fonts have been extensively modified within the html/css coding part of the Weebly Editor. The size, colour, letter-spacing, line-spacing, margins. All edited in someway. The only thing I have to do at page level is to make the text bold.

I learned how to tweak the coding from studying EditorTricks (formerly WeeblyTricks) and then a whole load of trial and error. Thanks to Bernadette and Adam on the Weebly Community for the tips too, 'specially the column lock app!!
​​
​The whole blog has been designed to look it's best on an Android smartphone, so sorry to those who are viewing from other devices and you think that the layout looks shit.
​