August 15 2020 | Tagged: The Balkans
From Tirana I headed to Durres, a port city on the Adriatic and the 2nd largest city in Albania. One of the oldest in Albania, it was founded by the Greeks and known as Epidamnos. The ruins are in quite a sad state. 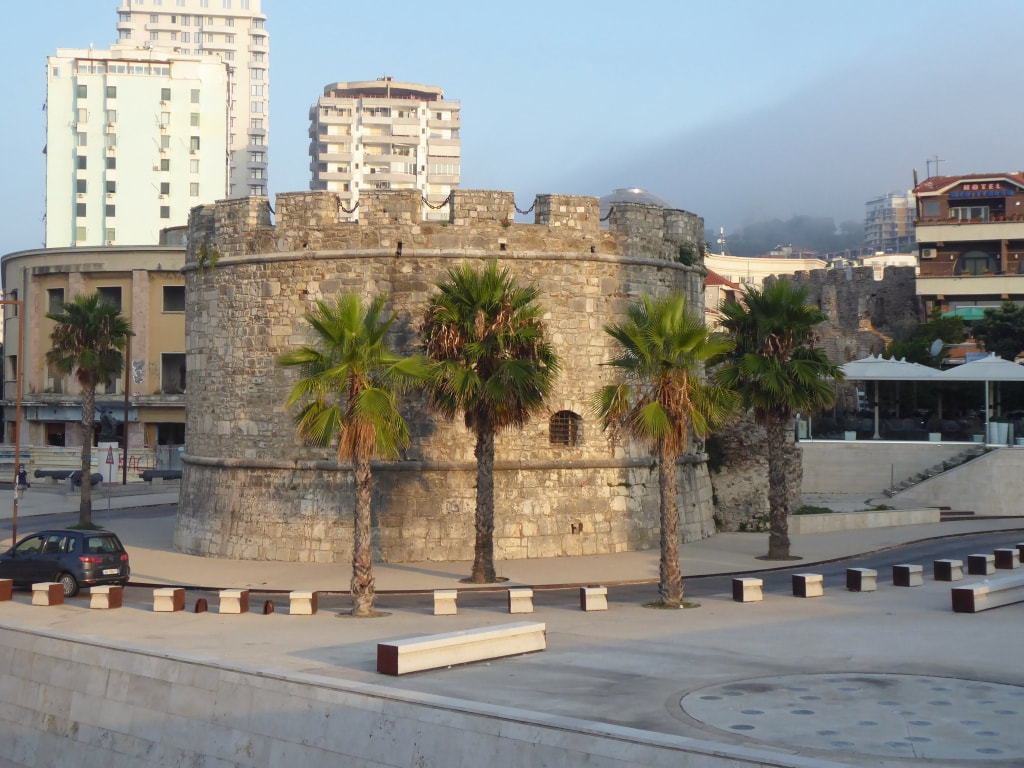 Though I hadn't gone to Durres for the Roman ruins, the Venetian Tower, pictured above is pretty neat, nor had I gone for the beaches. Life has changed due to Corona and I have to be somewhere and I found it quite an agreeable place to base myself. 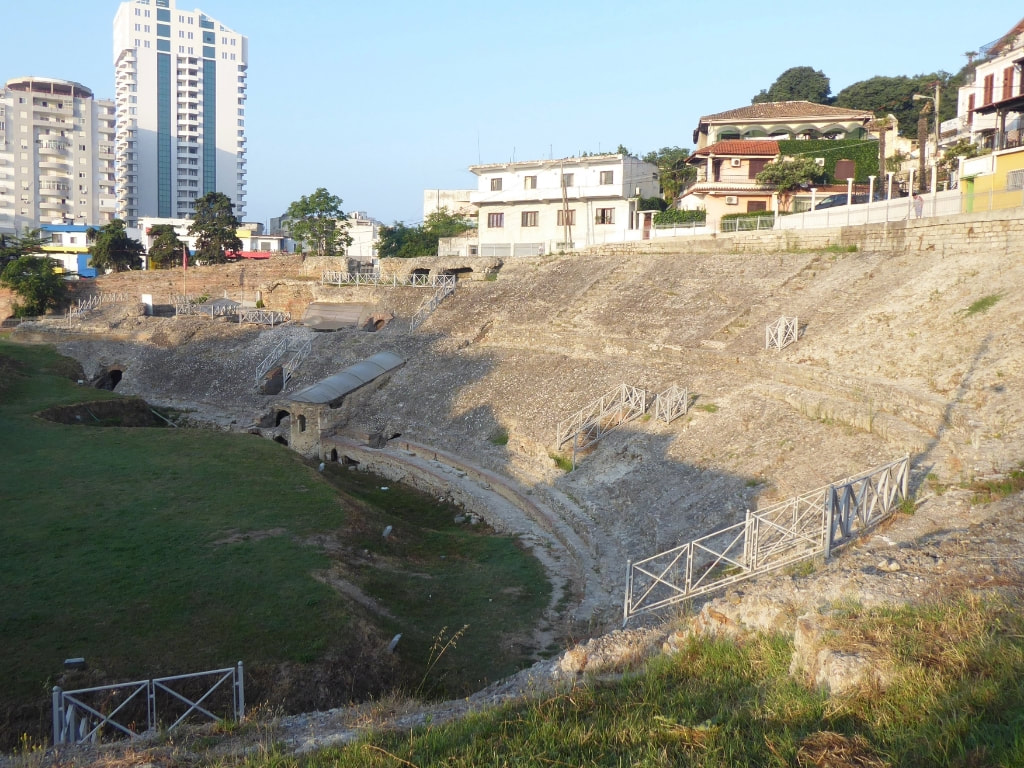 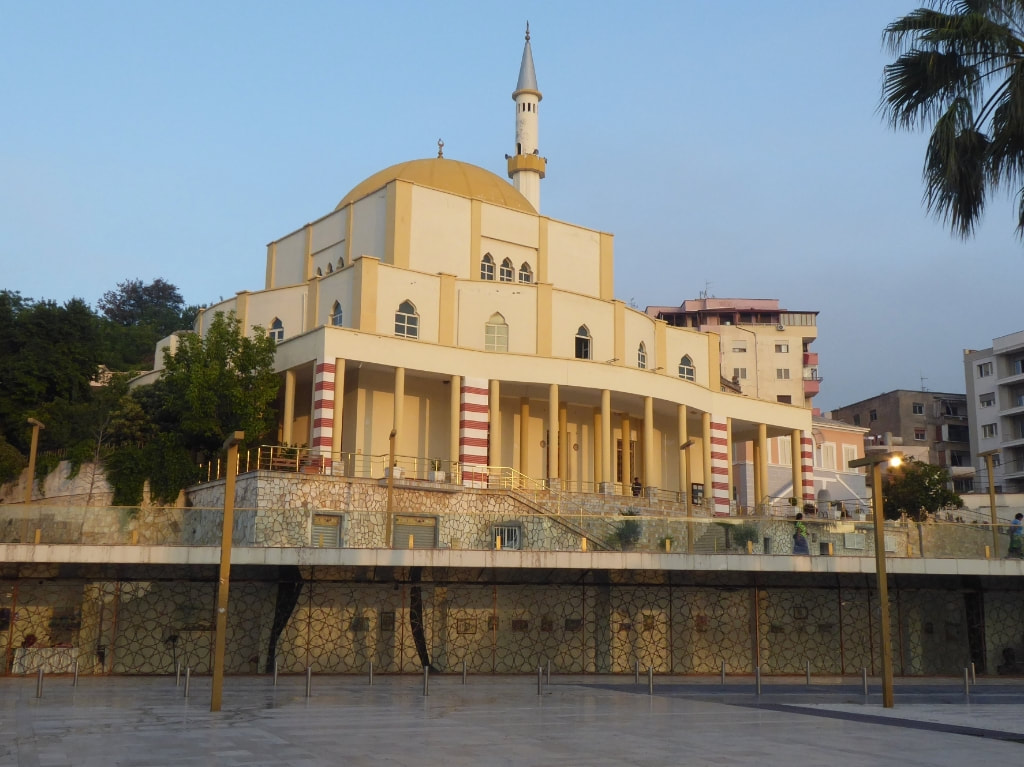 Bank of Albania, built in 1925, designed by Italian architects and the Baroque style was used for the first time in Albania. The sculpture represents the struggles, the victories and the prosperity of Albania: 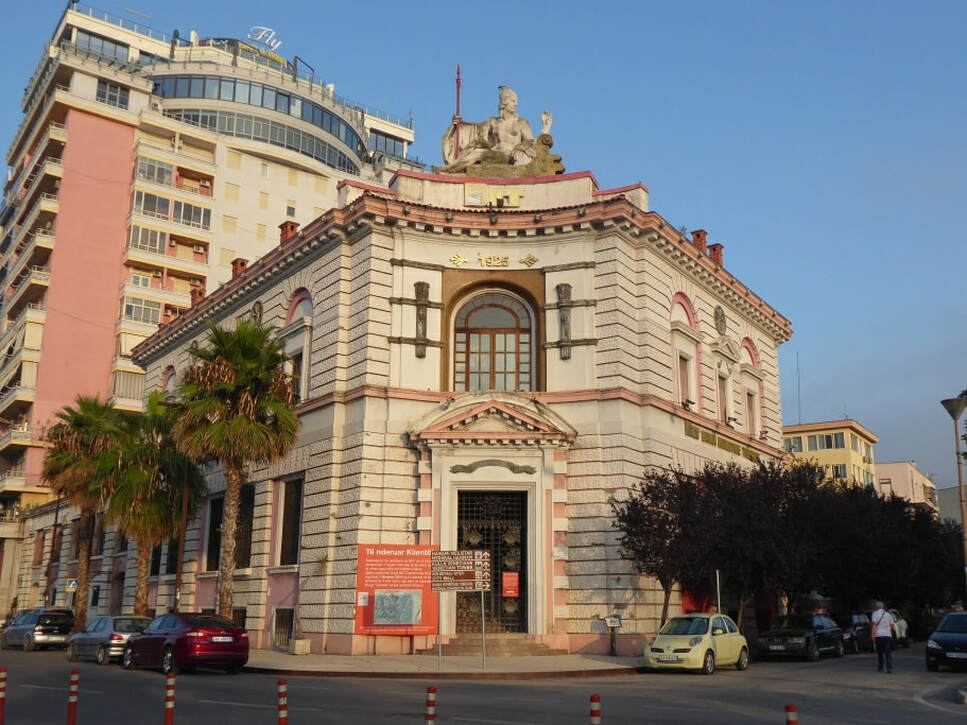 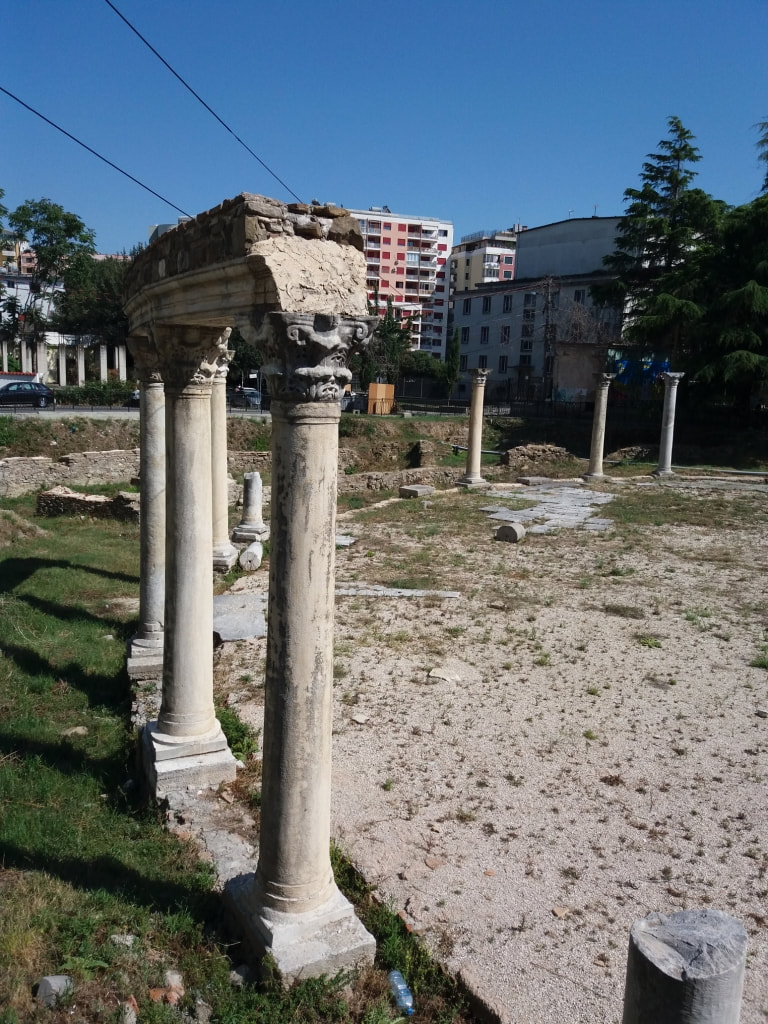 The Roman baths, 'found' under this modern building: 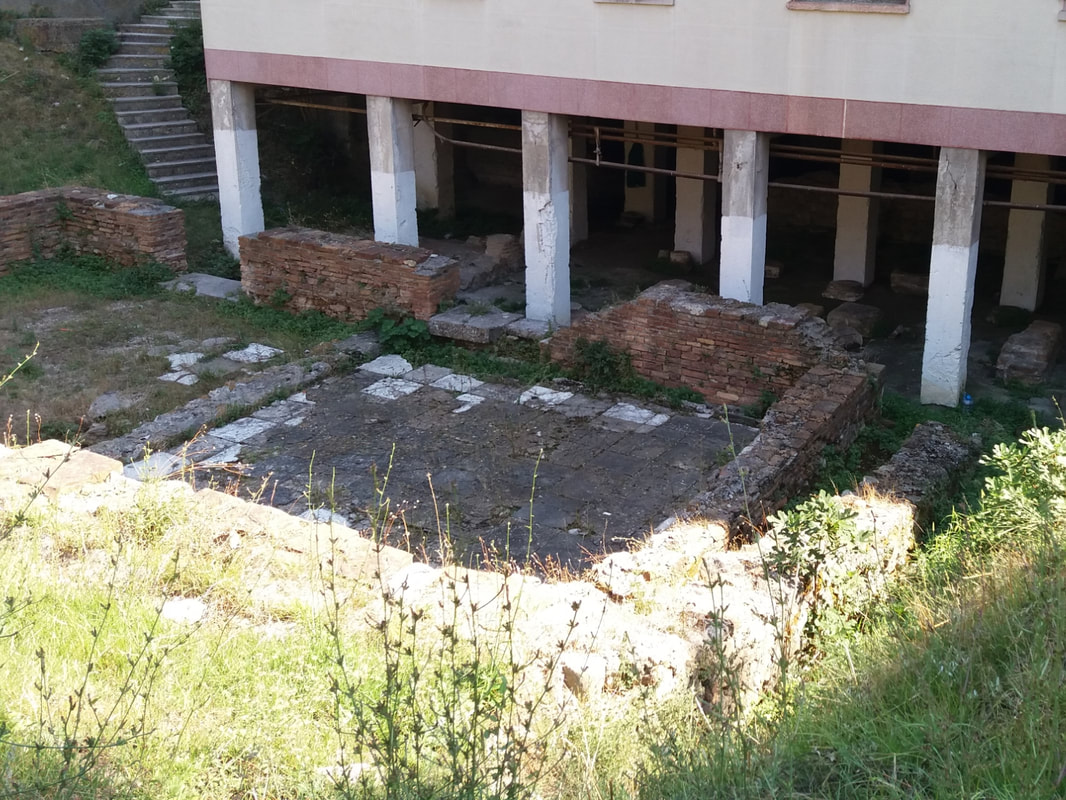 Above the town is a lookout point: Kulla e Rojes Kalaja for great late afternoon views: 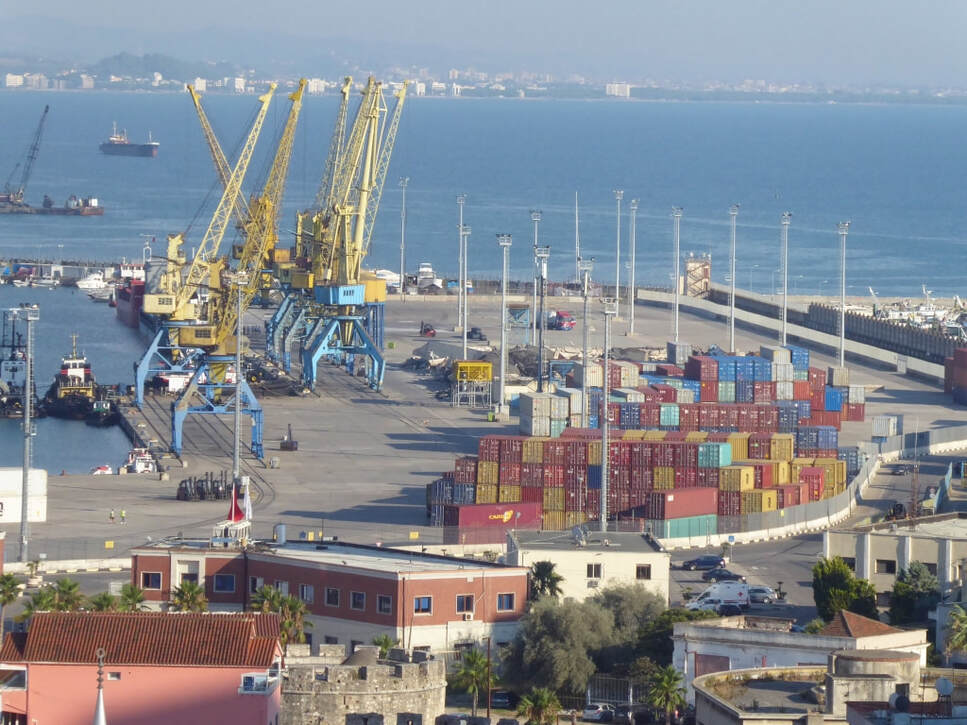 Newly weds like to come up here to have pictures taken. Kinda weird idea with the port as a backdrop. 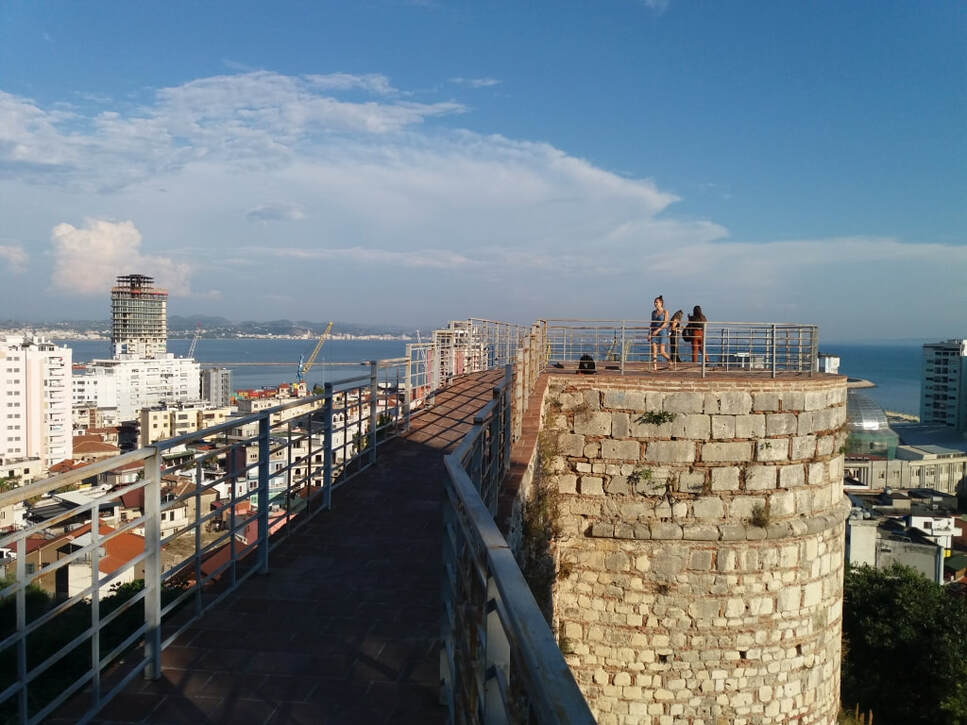 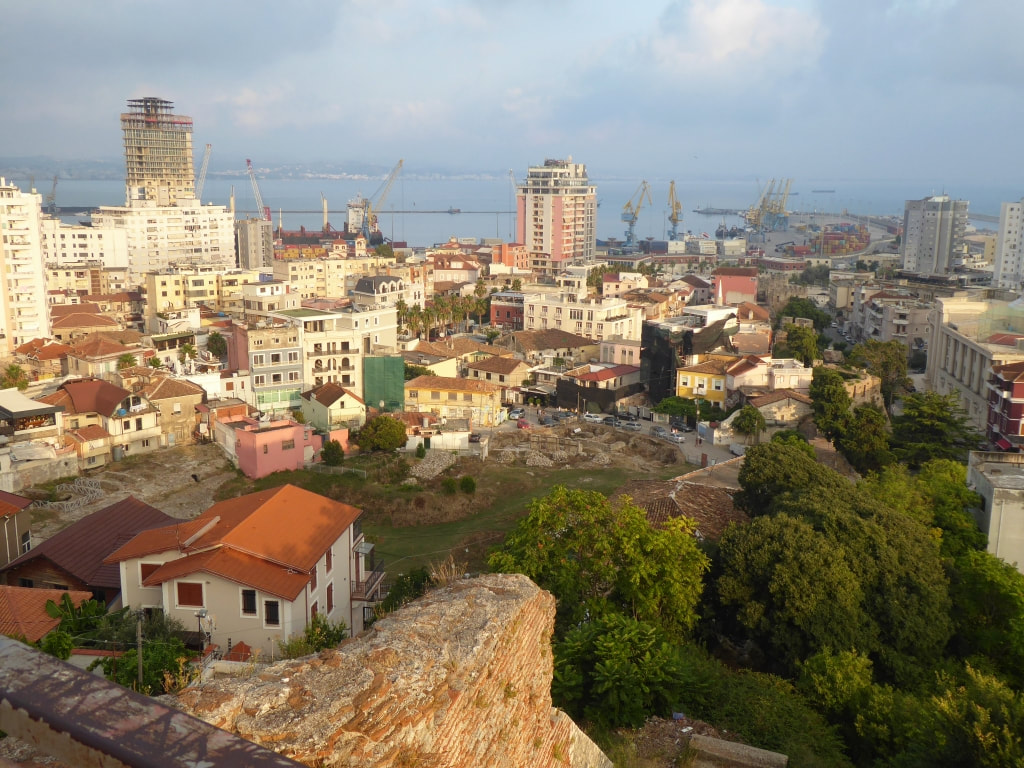 And the Vila e Ahmet Zogut: 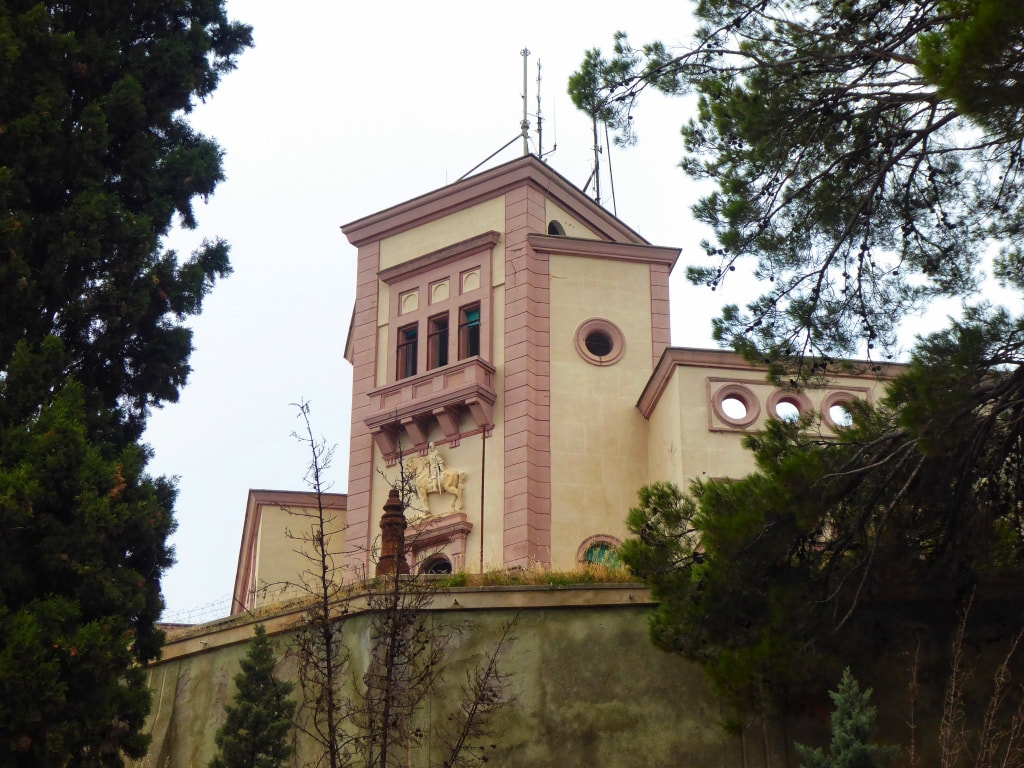 This villa was King Zog's summer house. He was the founder of modern Albanian state and first King of Albania. Sadly the villa is off limits. Like many historical buildings in Albania, they are deciding what to do with it.

And nearby, the lighthouse, also closed off: 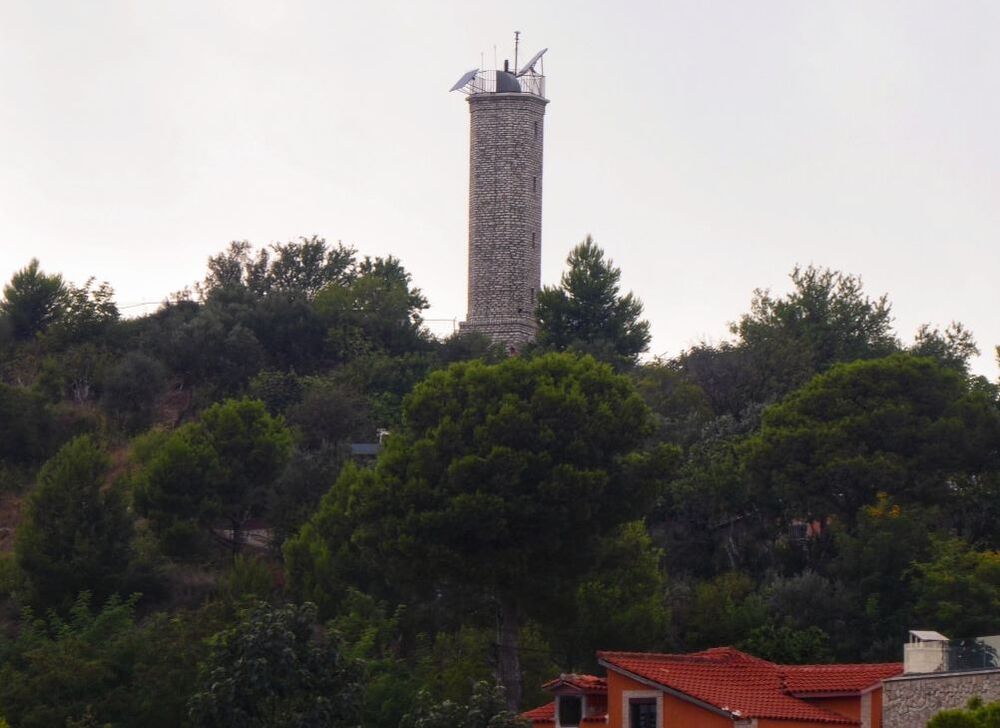 From the Venetian Tower you can stroll with the locals along the Vollga Promenda and up the Rruga Currila. Lots of little beaches, packed with locals and numerous cafes and bars.

The best beaches in Durres are East and South of town in the direction of the Southern bus station. But of course I didn't get to them.

On August 14 there was 'Retro Albania'. An 'Old Timers' vehicle event. There were about 20 classic cars set up in the main square in front of the hostel, @retroalbania : 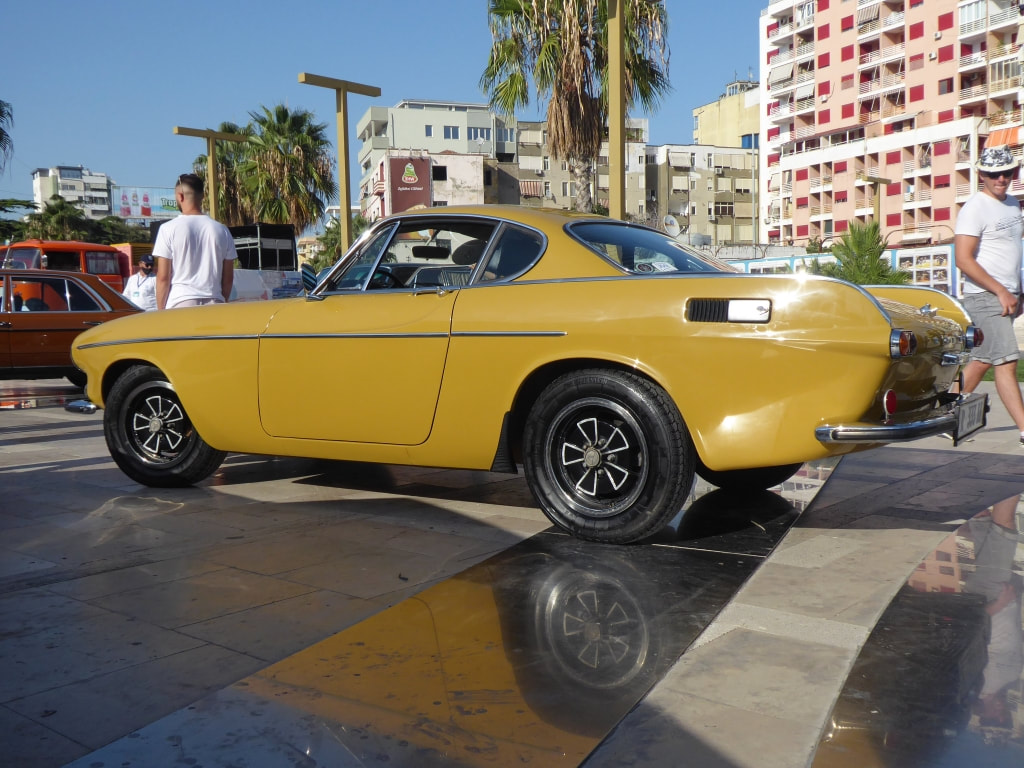 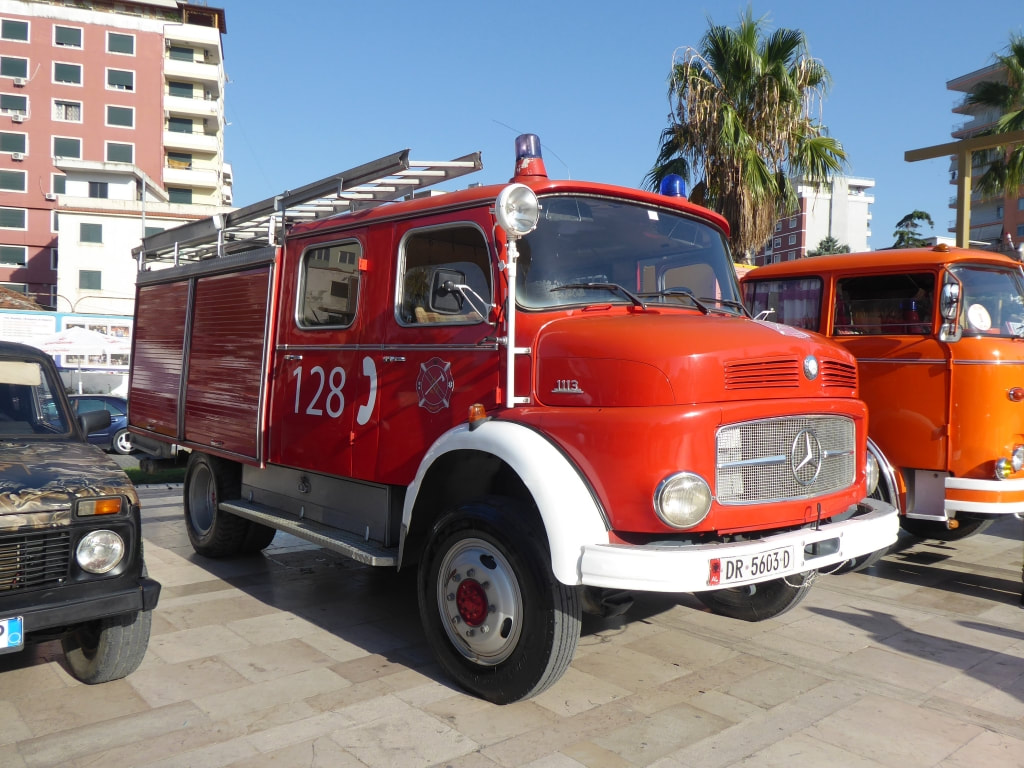 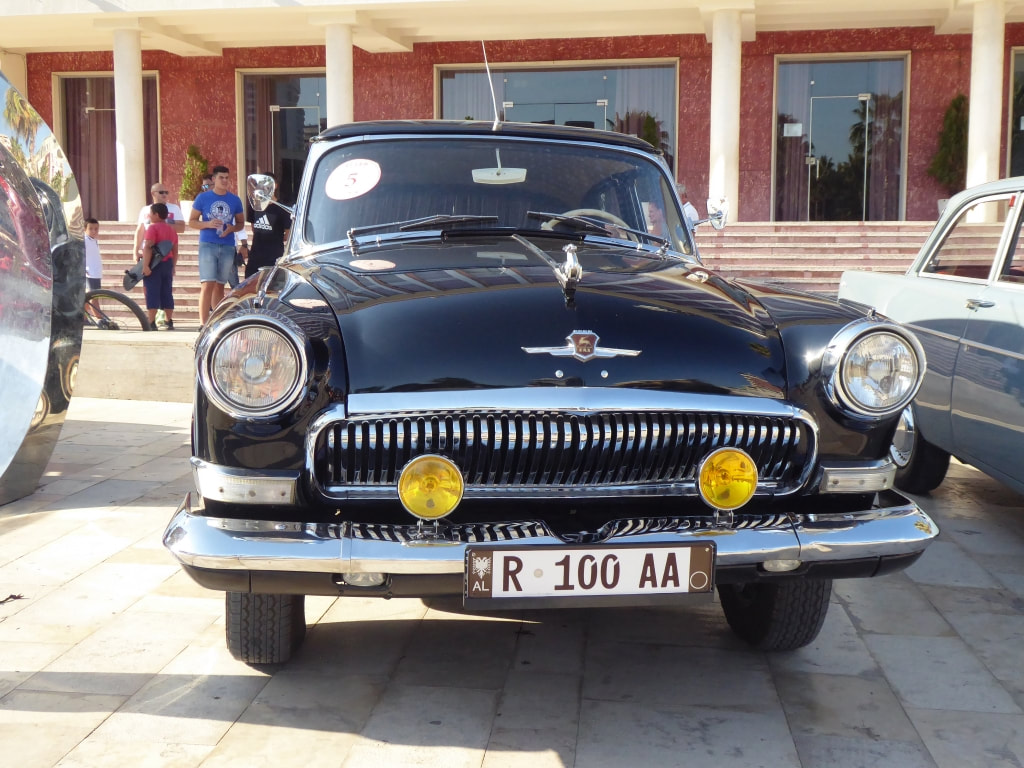 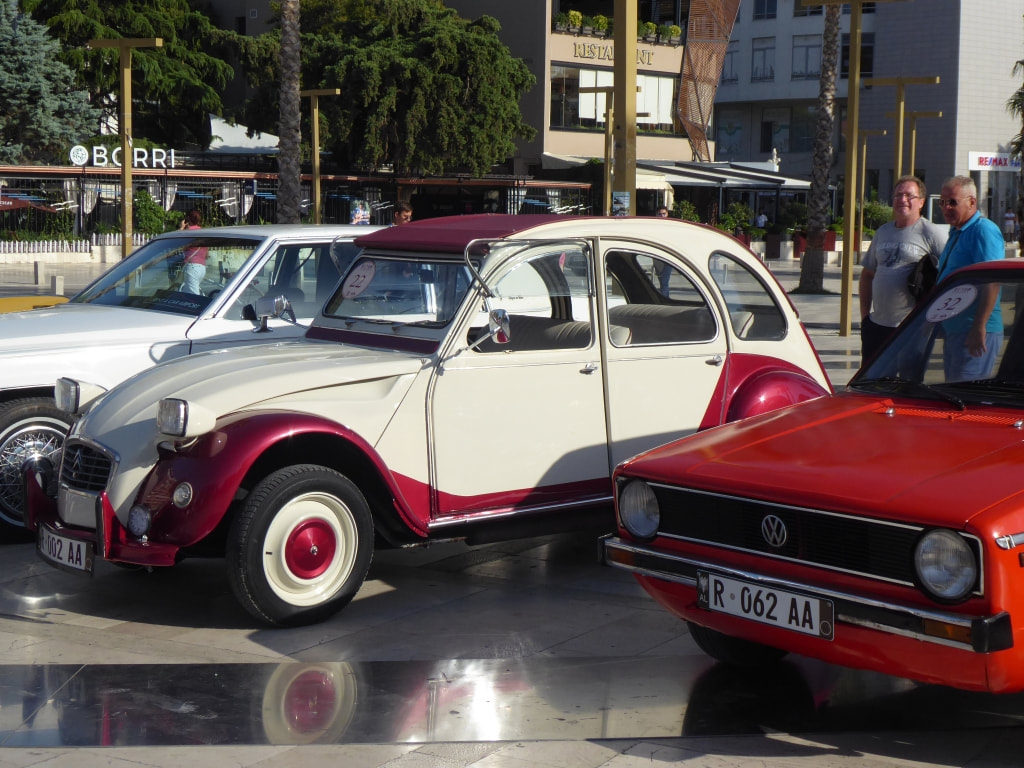 Where to stay in Durres:

​I stayed at Hostel Durres, just a 10 minutes walk from the bus station when coming from Tirana:
Dorm room price with breakfast @2020 was 1100LEK. I wrote a full review on My Stay at Hostel Durres. A big airy hostel, a place to get some work done: 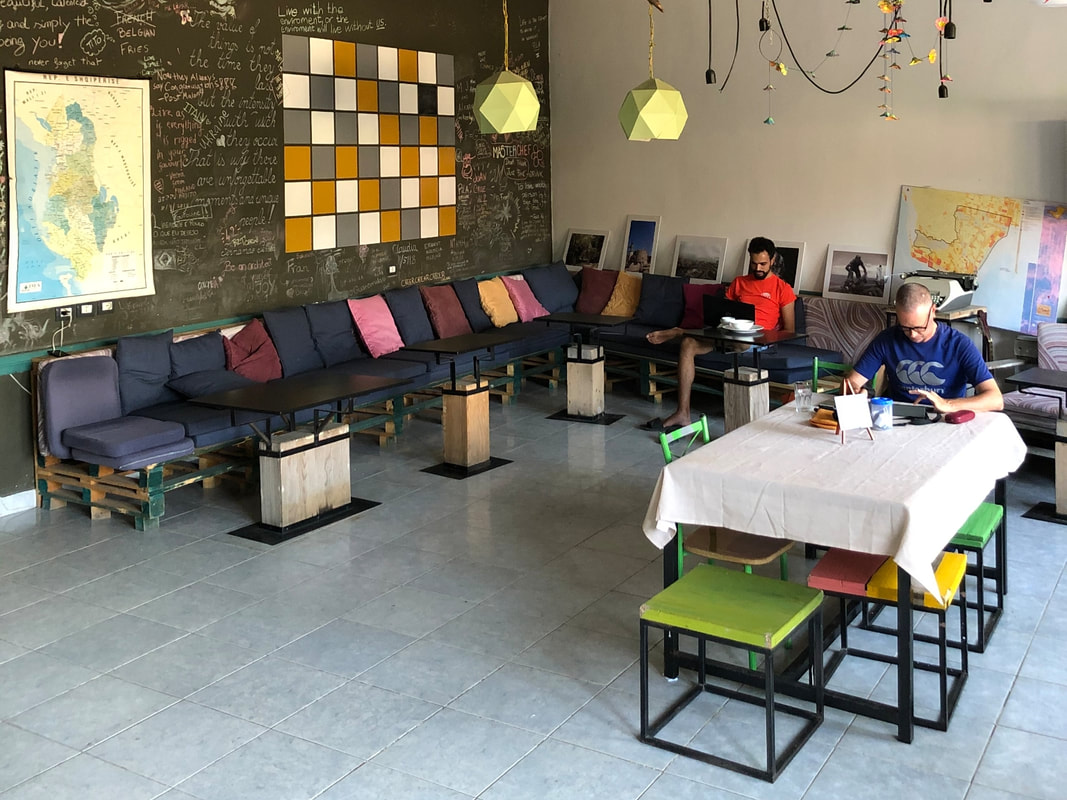 The Main Bus station is in town and serves the following destinations: Berat, Kavaje, Korca, Lezhe, Lunshnje, Peshkopi, Pogradec, Shkodra and Tirana. The fare from Tirana was 130LEK, journey time about 1 hour.
For destinations in the south of Albania, Gjirokaster, Himare, Vlore and Saranda, you need to get to the Southern Bus Station:
The train station is next to the main bus station. The service is not comprehensive. Since the earthquakes in 2019, services to Shkodra have been withdrawn. Now the options are Elbasan and Kashar (Tirana). Trains use the Tirana - Kashar station which is 7.5km from Skanderbeg Square. 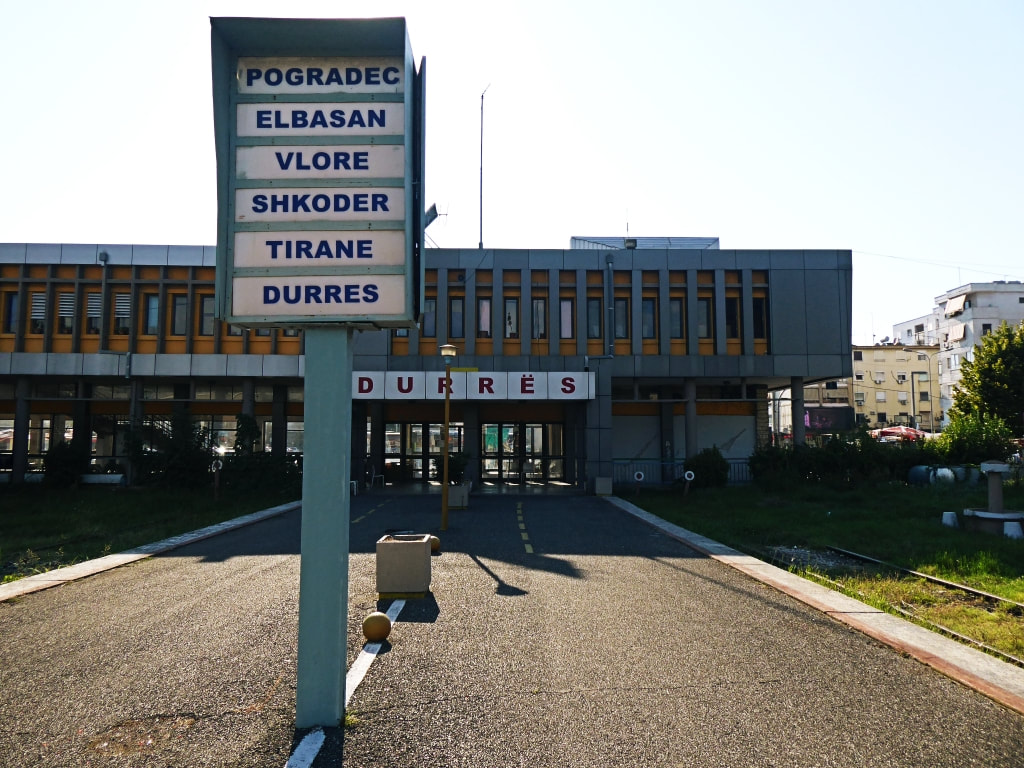 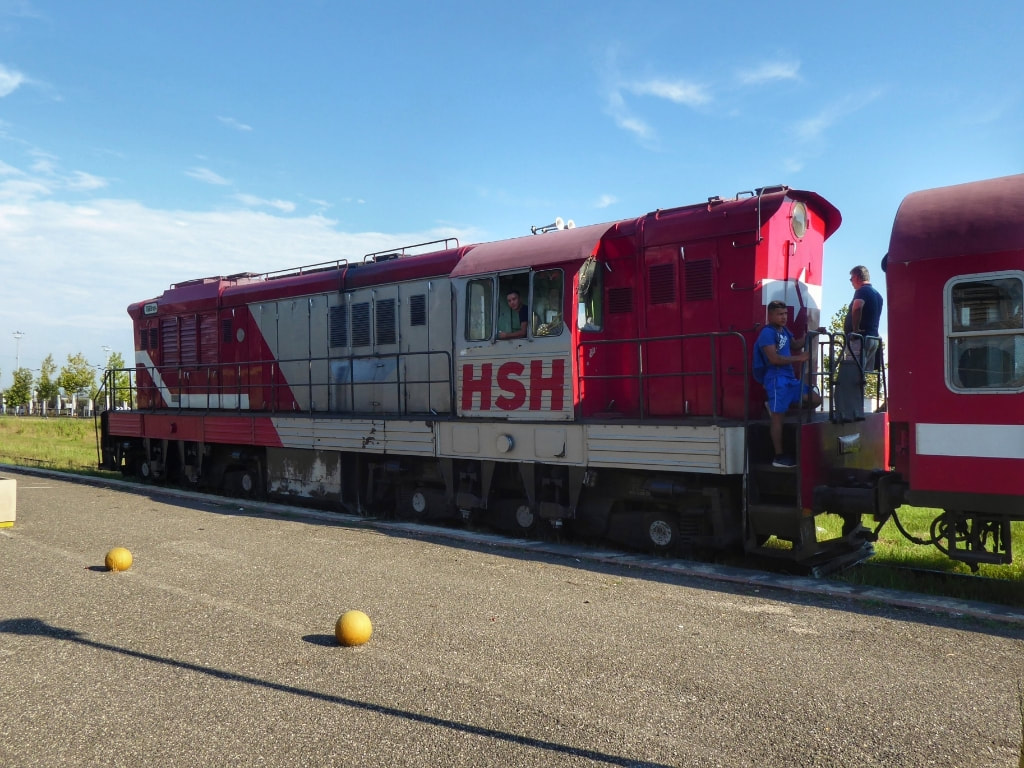 Check out the plaque on the engine: 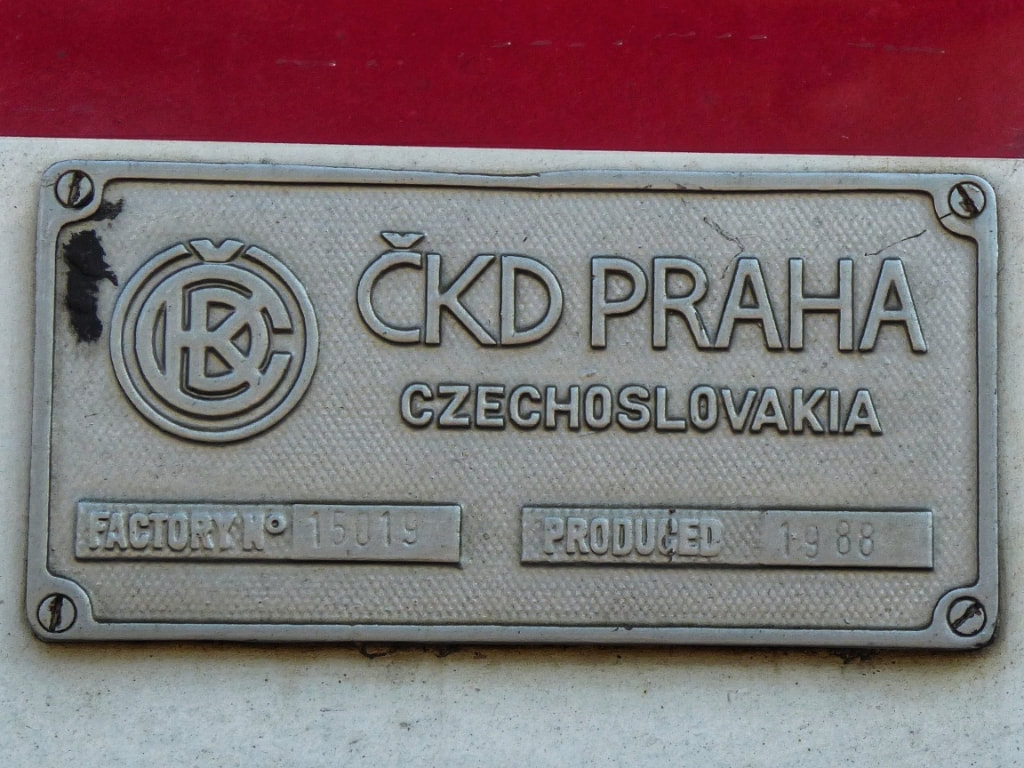 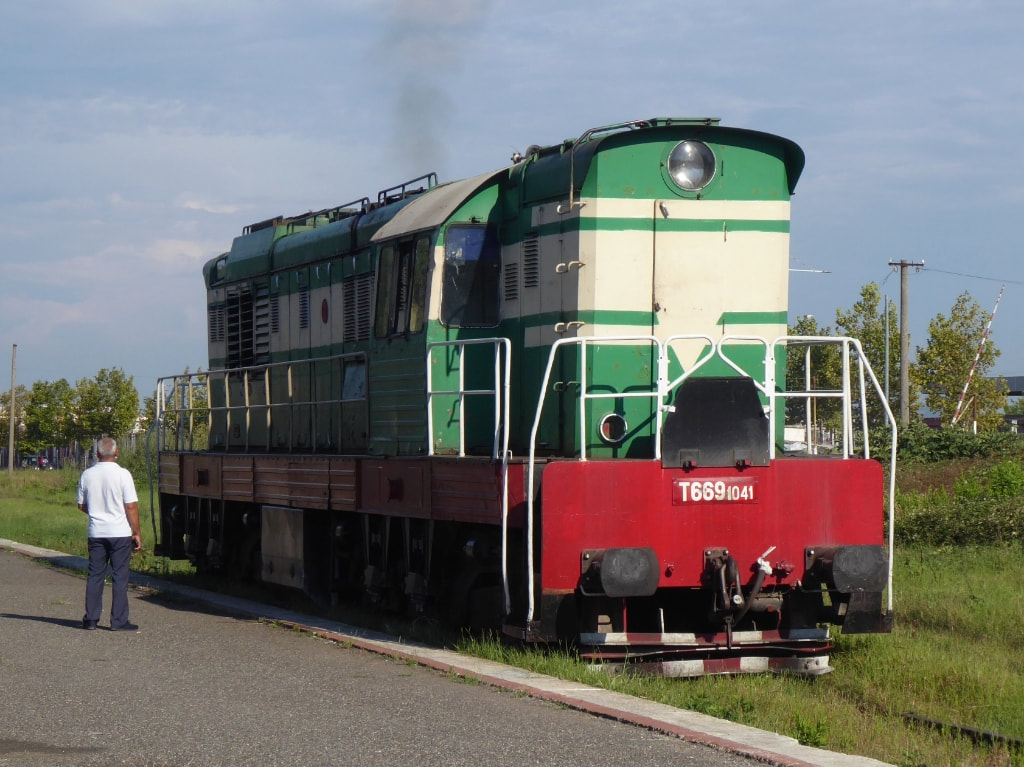 At the time of writing I have not taken the train but hope to when I return to Tirana and pick up my sleeping bag and a few other bits I left there. Bus connections from Durres are comprehensive enough and will only go back to Tirana to take a connection to North Macedonia. Durres makes a great base!
​