Connect on Twitter
​After Suchitoto, I stayed a further 5 nights in San Salvador and then headed out once again, this time to the town of Santa Ana.

Having loved my stay in San Salvador, I was totally up for exploring Santa Ana.

Just as a reminder, you can see a complete list of all my posts from this wonderful country on my El Salvador Index Page. 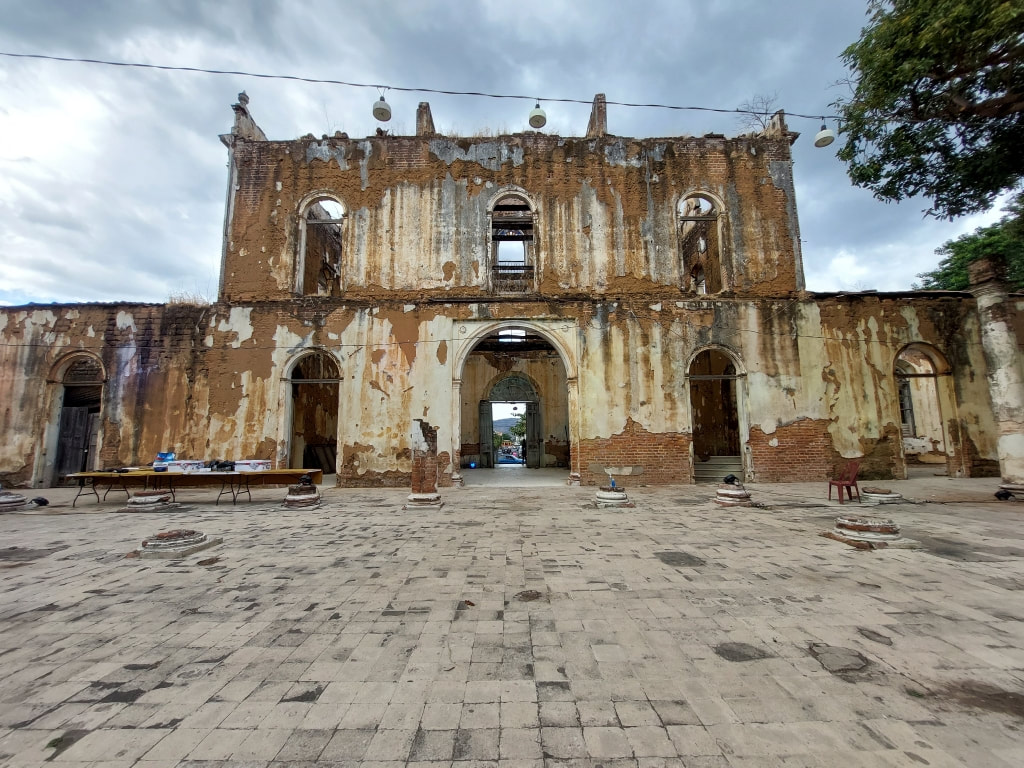 ​Getting from San Salvador to Santa Ana by bus was easy. Buses go regularly from the Occidente Bus Terminal, which is just a 17-minute walk from the hostel in Flor Blanca.

The route is operated by TUDO. They have a 'servicio ordinario' and a 'servicio especial', the latter has air-con. The former has windows. You can guess which one I chose!

The journey took 85 minutes. The fare was 1 USD. The traffic getting out of San Salvador was horrendous.

Tudo have their own terminal in Santa Ana but it's a bit further out, so armed with intel and following the route on GMaps, I jumped out at the INSA bus stop and walked into town. 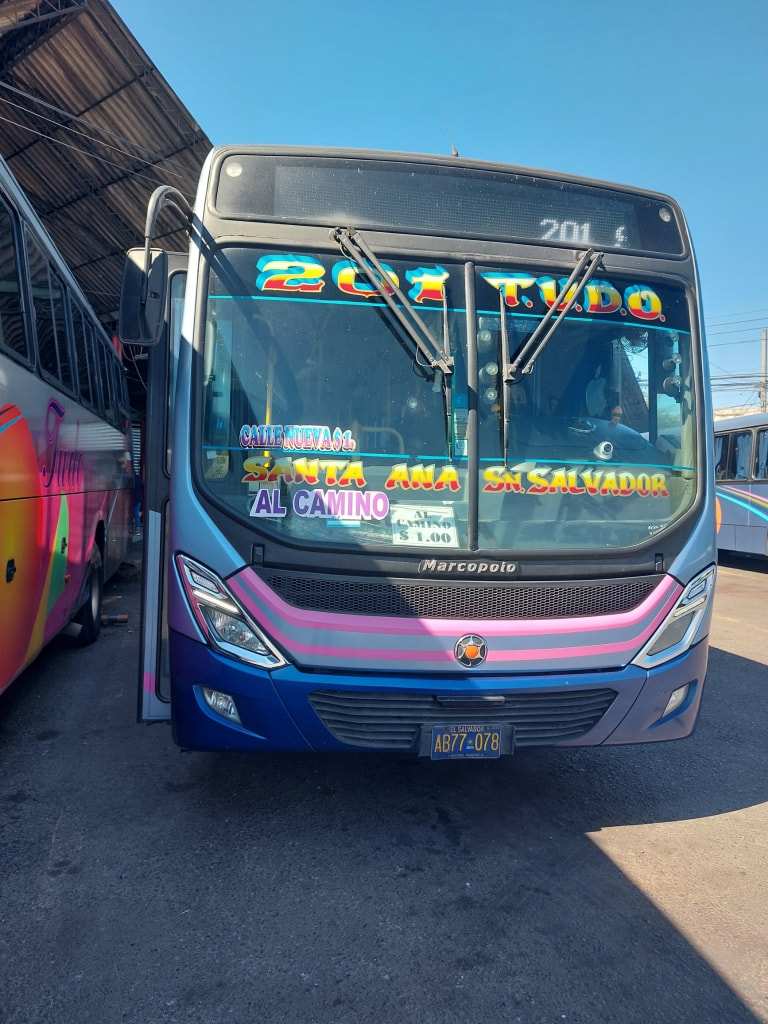 In Santa Ana, I based myself at the Pool House Hostel.
​ 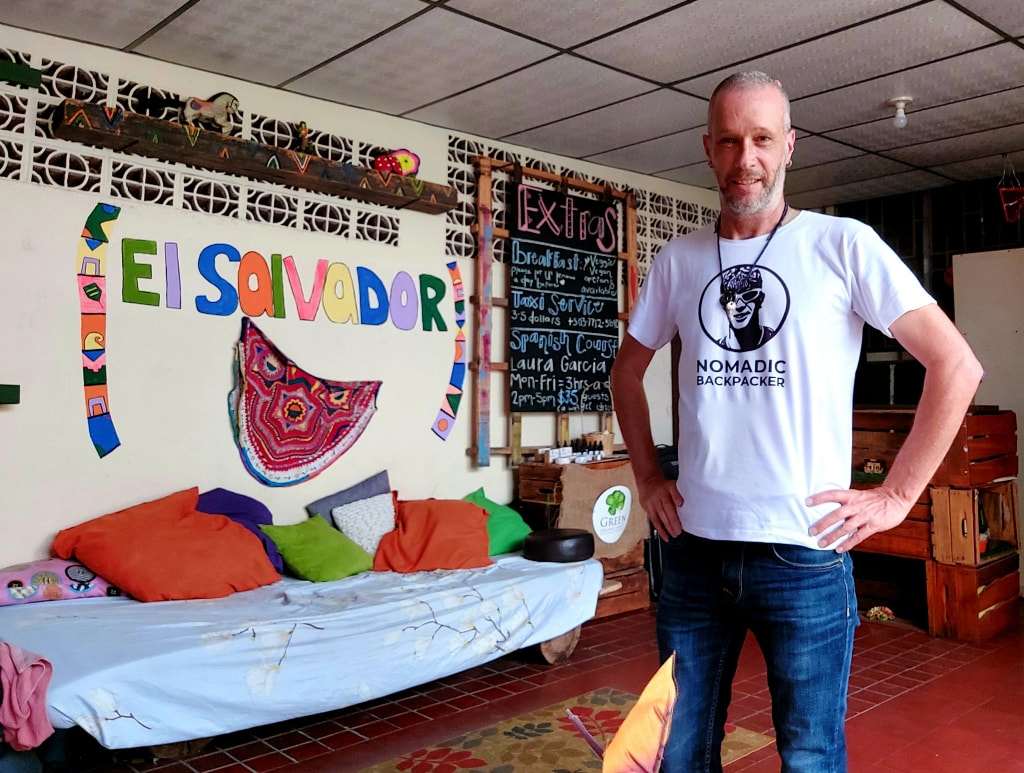 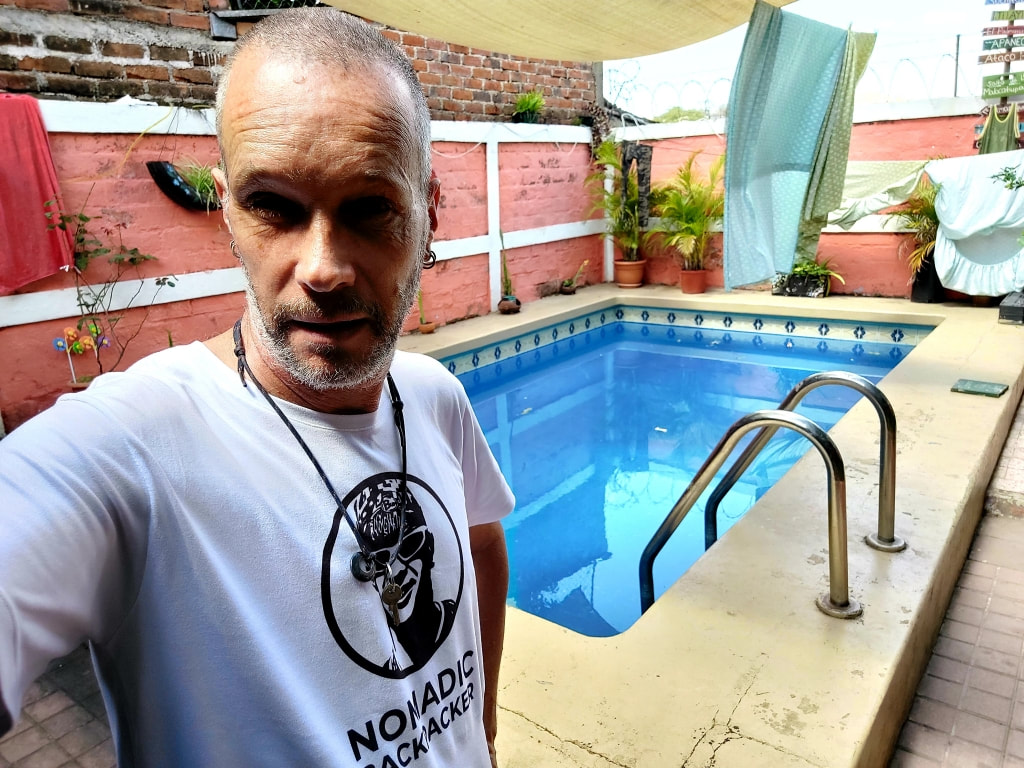 You can follow the Pool House Hostel on Facebook or message on Whatsapp: +50372468272
​
The town's sights are pretty close to each other. Here are my top things to see and do in Santa Ana: 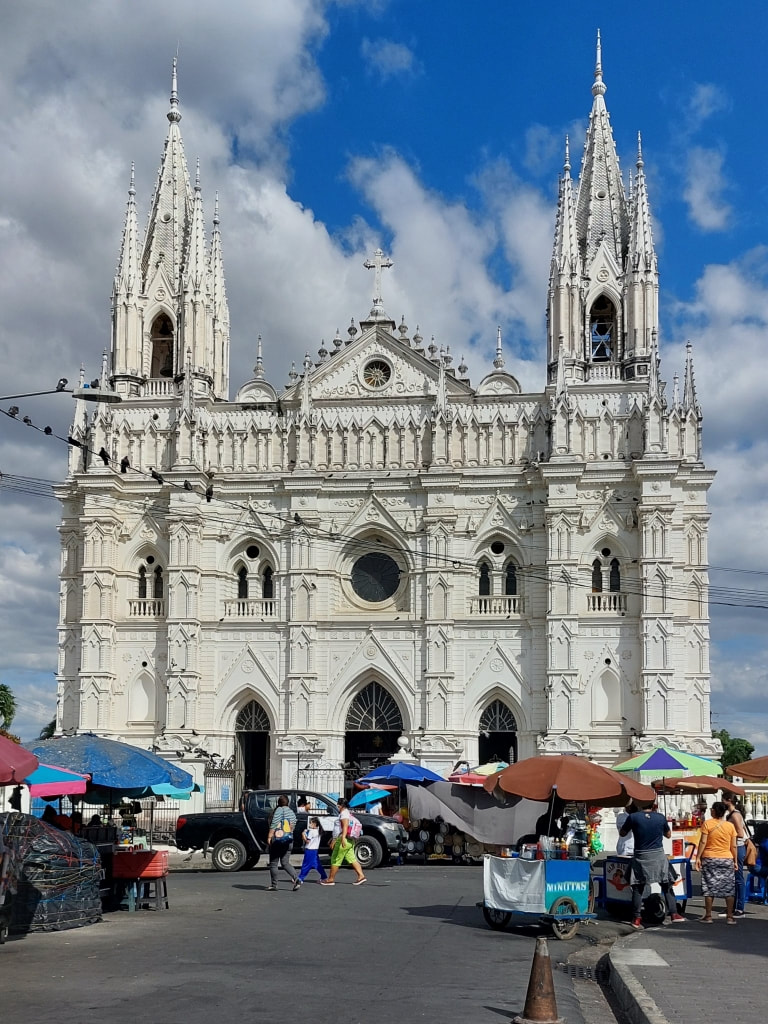 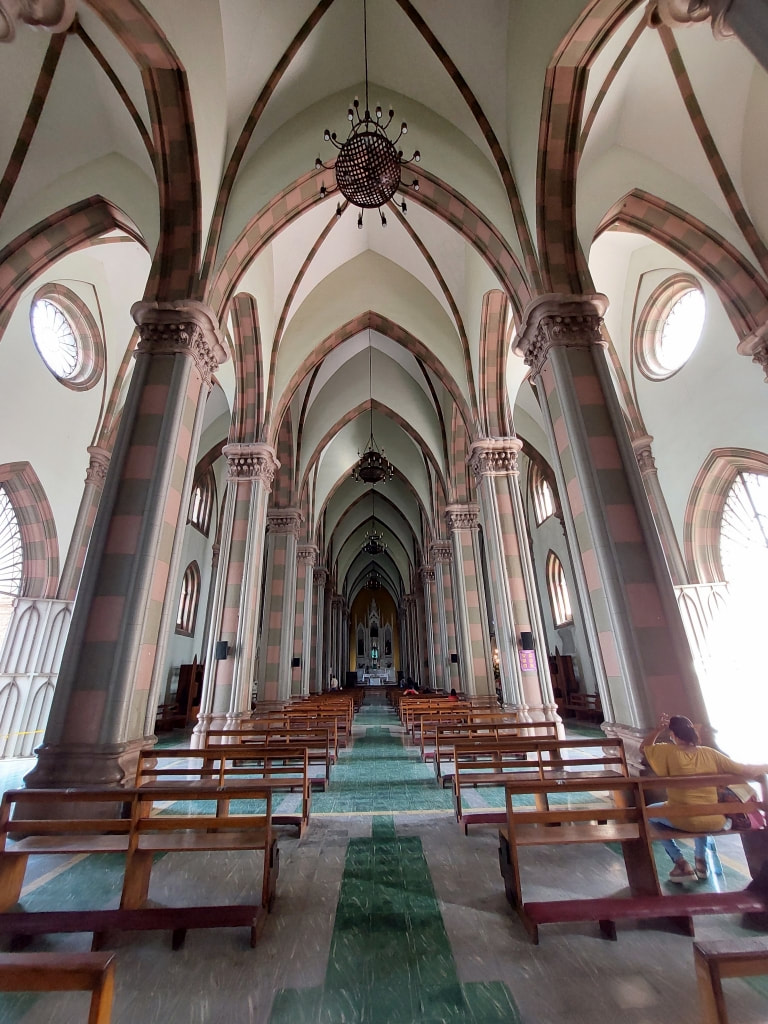 A beautiful neo-gothic cathedral, built in 1575/6. As I backpacked Santa Ana on my first afternoon with my roomie, we were lucky that it was open and could enter. 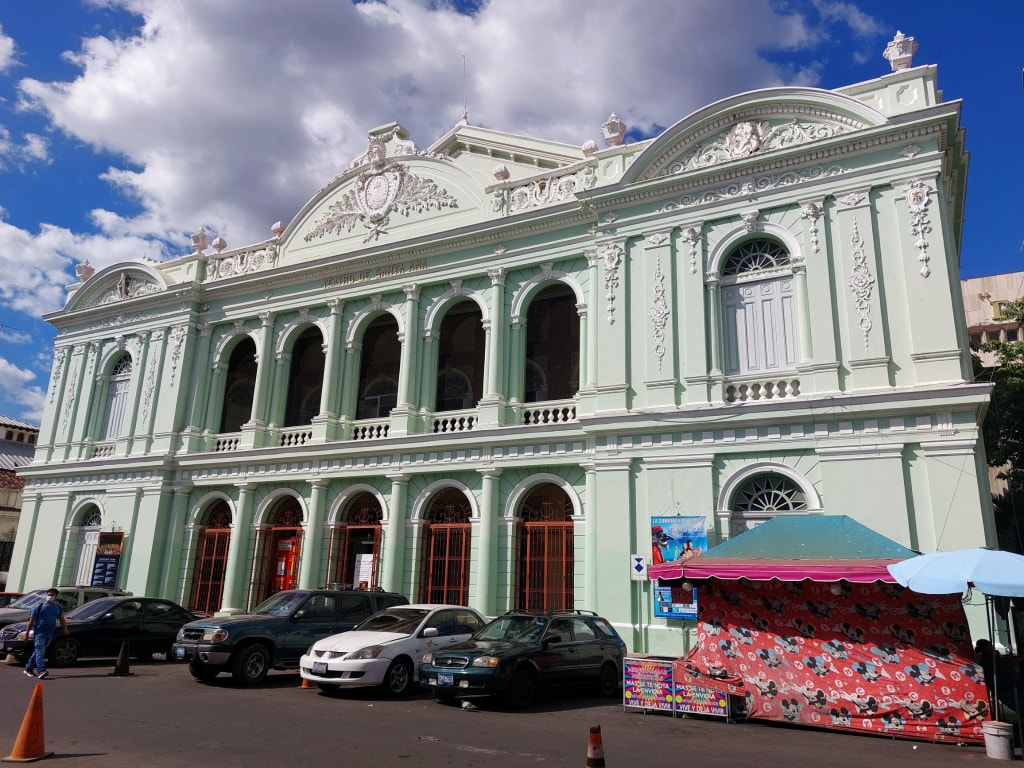 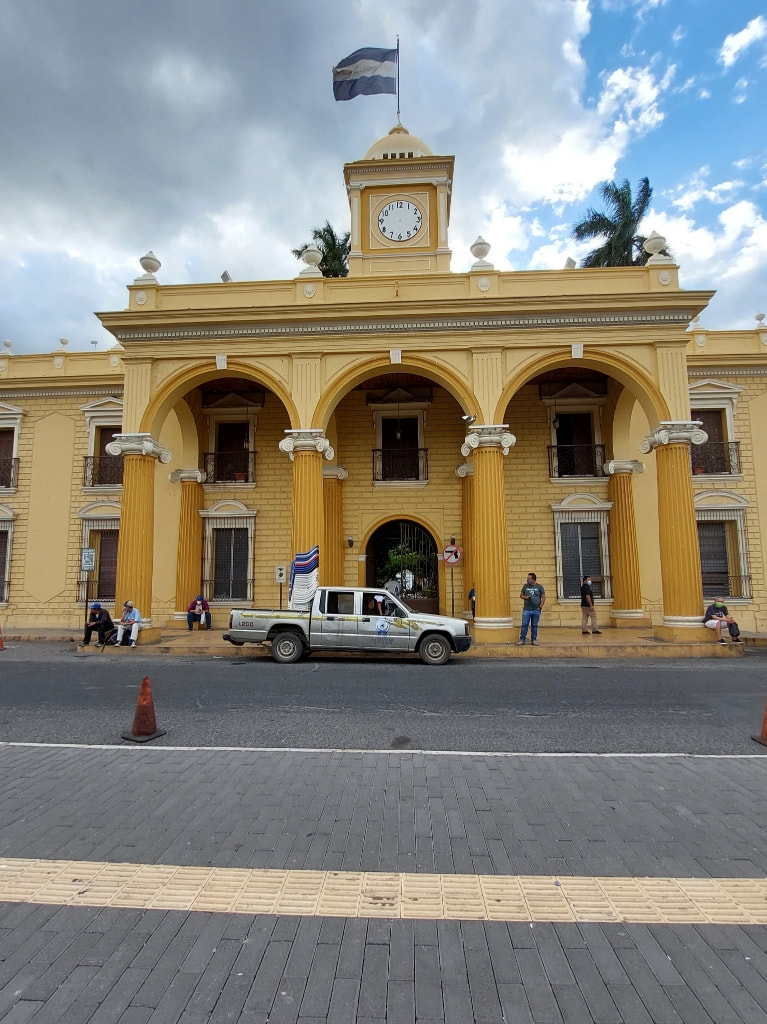 Drink a beer at Simmer Down: 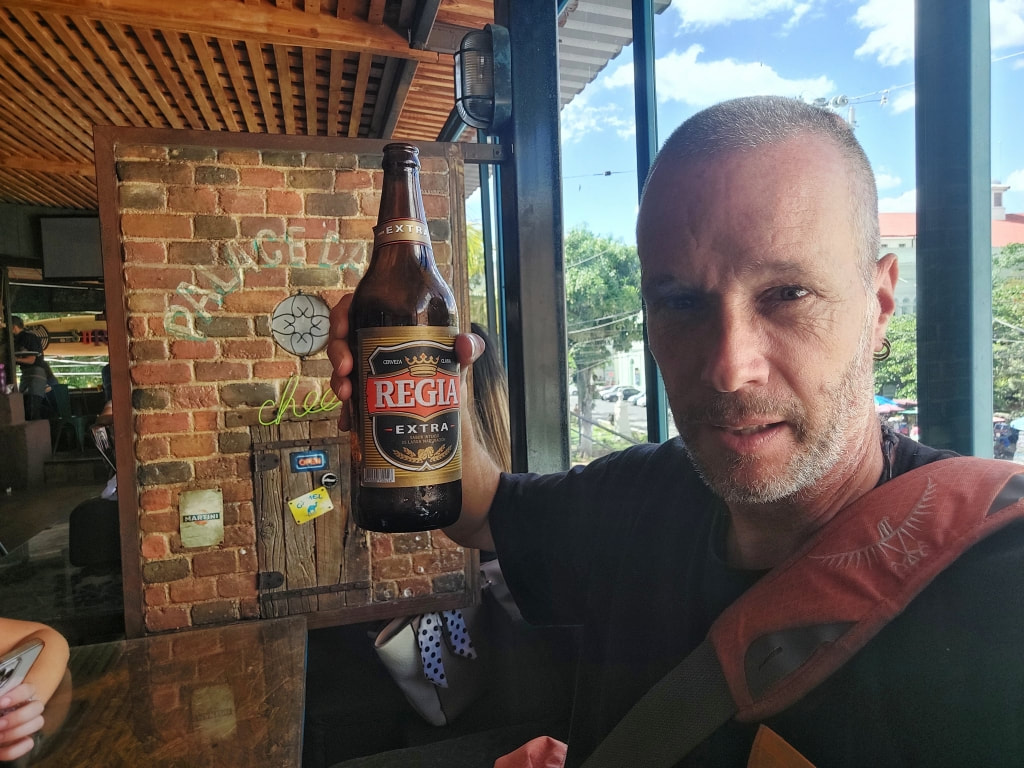 ​Simmer Down is a restaurant/bar right next to the Catedral de Nuestra Señora. Make sure you head up to the 1st floor for the best views and catch the breeze. 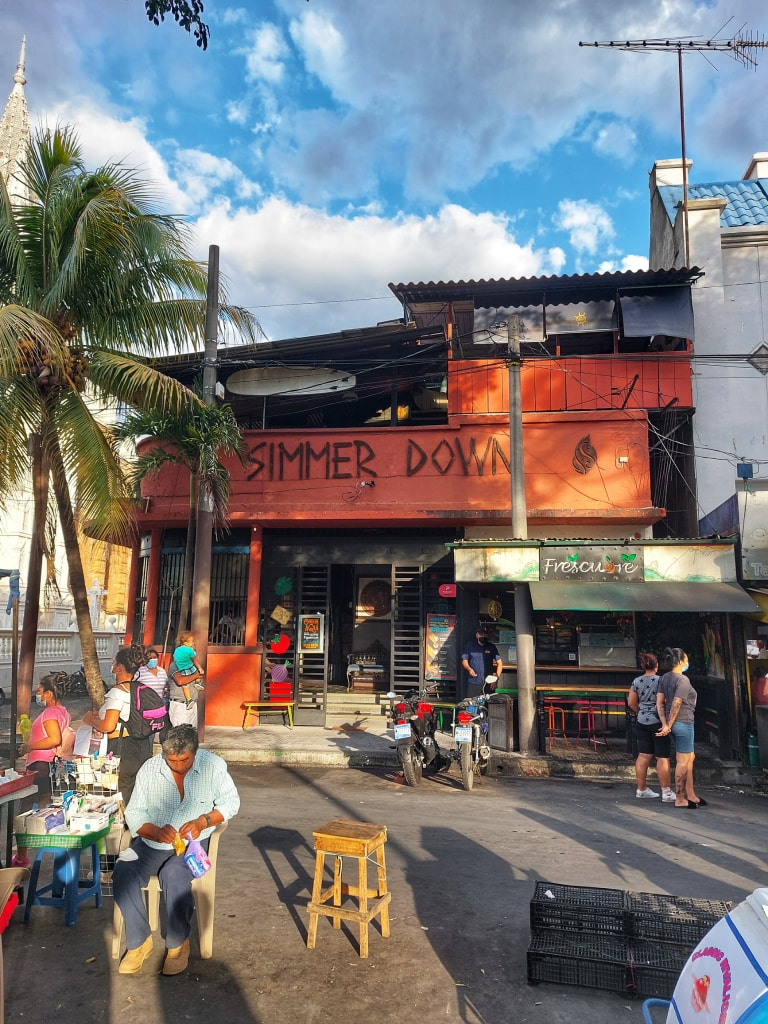 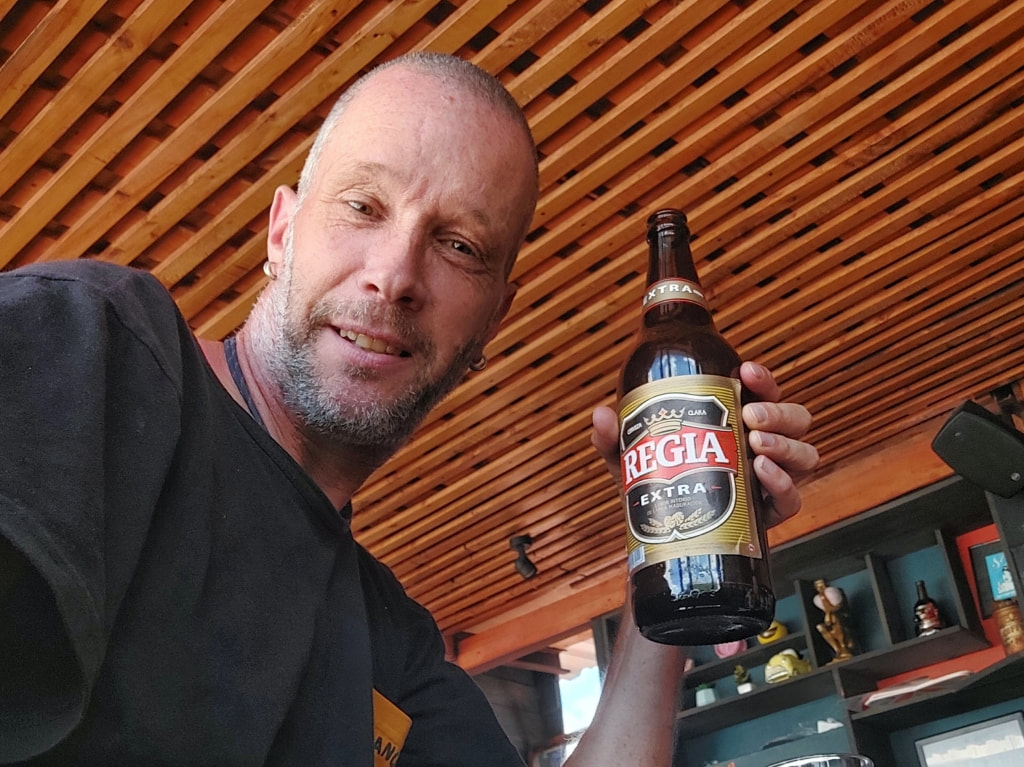 ​All the above are directly around the Parque Libertad. And here you'll find the Monumento de la Libertad and I ❤ Santa Ana sign. 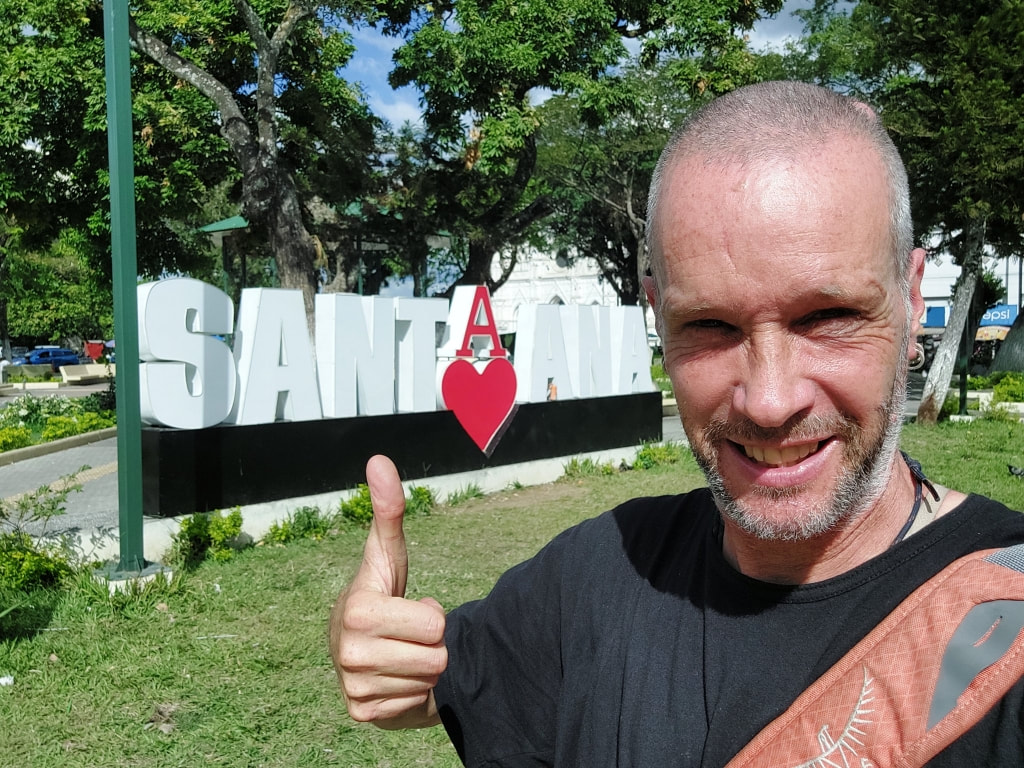 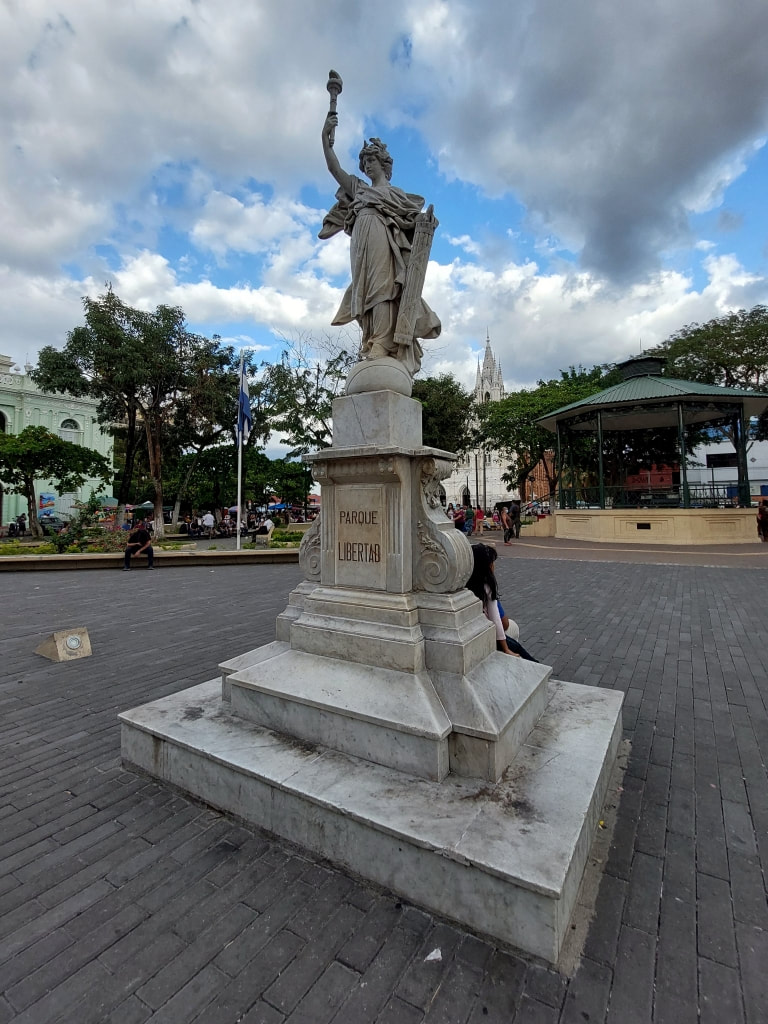 Ordinarily, I think it's closed but they were setting it up to host a performance, so I just wandered in, said a few 'buenas tardes' and had a good look exploring what is left of it. 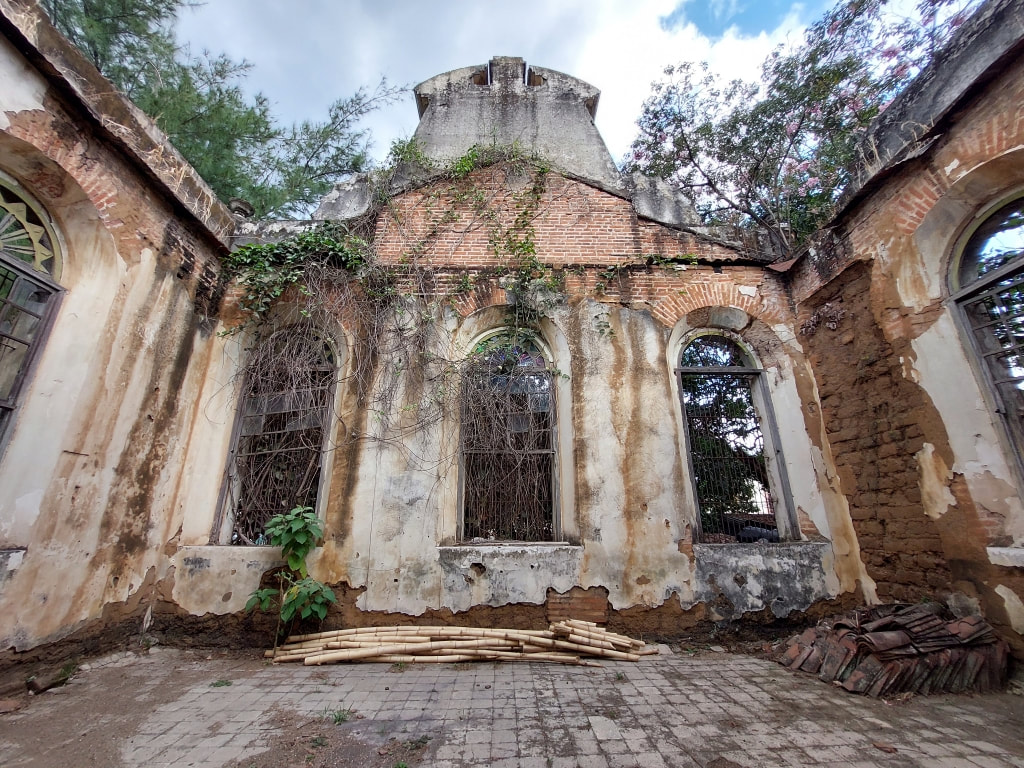 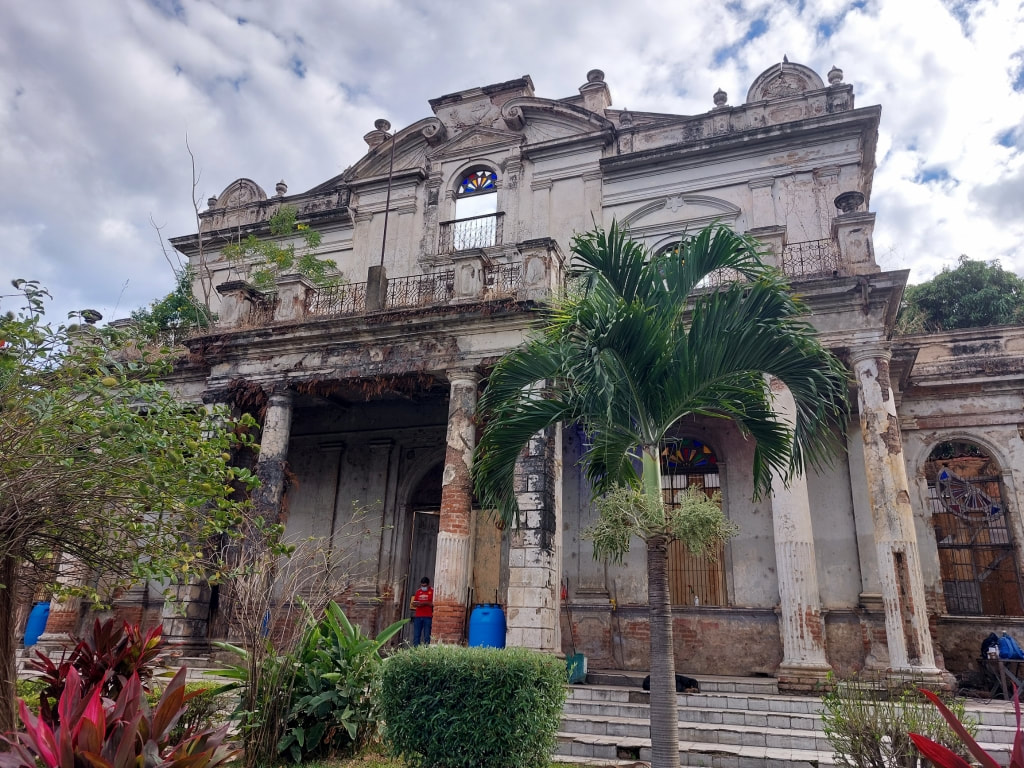 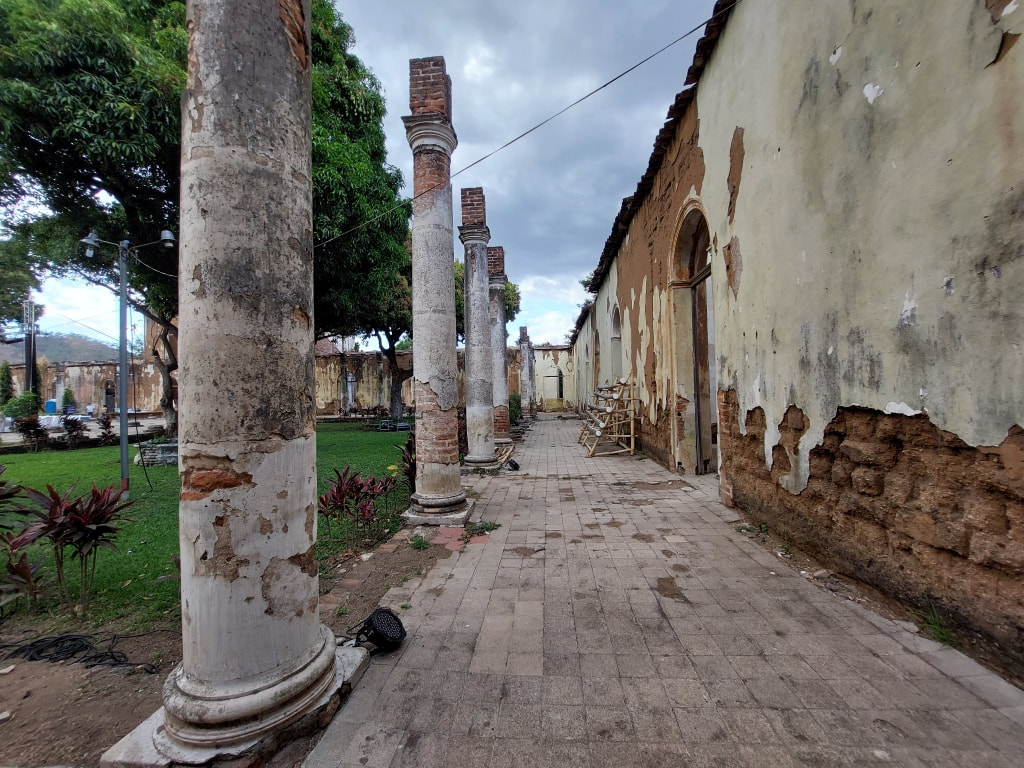 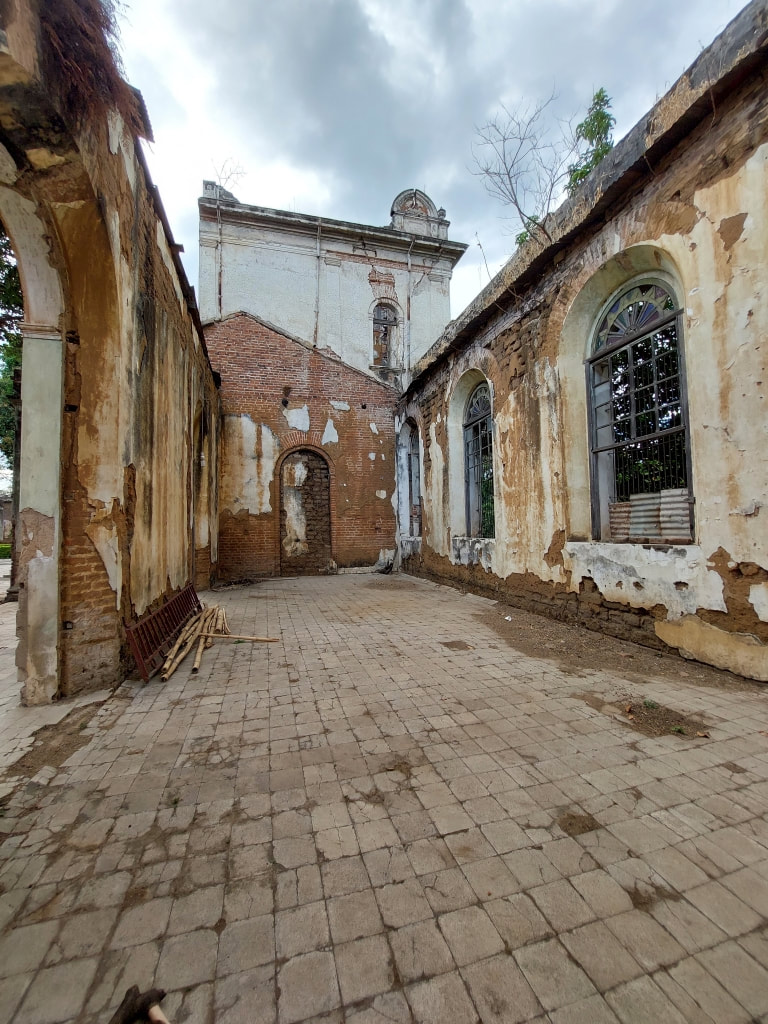 Santa Ana is a great base to explore the surrounding area.

In my days here, I backpacked the Sitio Arqueológico El Tazumal and the Parque Arqueológico Casa Blanca, both in nearby Chalchuapa, I explored the Ruta de Las Flores as a day trip, and will be hiking the Santa Ana Volcano soon, so quite a busy time and you know, each post is taking around 6 hours of non-stop work to produce so make sure you  check for the latest posts on Twitter.

I blog as I go. It's a lot of work but rewarding.

The blog is funded by donations so if you can spare a few bucks.