I was using the Pool House Hostel in Santa Ana as a base and took the bus to Chalchuapa intending only to visit 1 of the 2 sites there. A flip of a coin meant that Tazumal won.

But I then thought my choice to pass up on Casa Blanca was foolhardy and would have later asked myself why. So I walked the short distance to the ​Parque Arqueológico Casa Blanca: 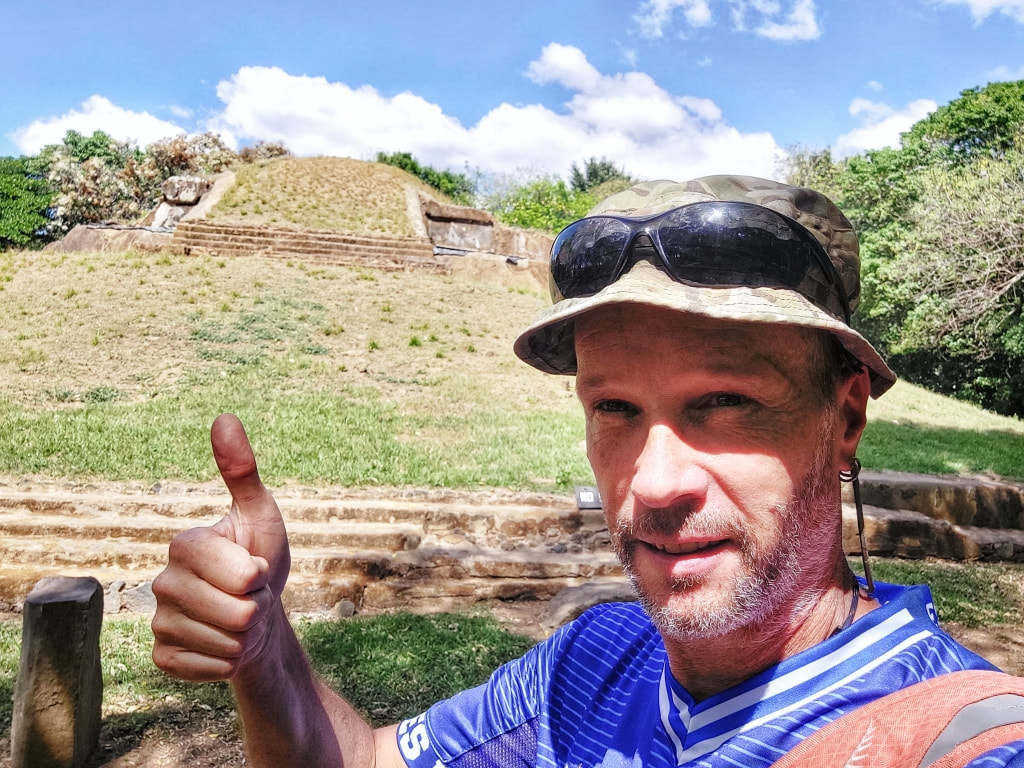 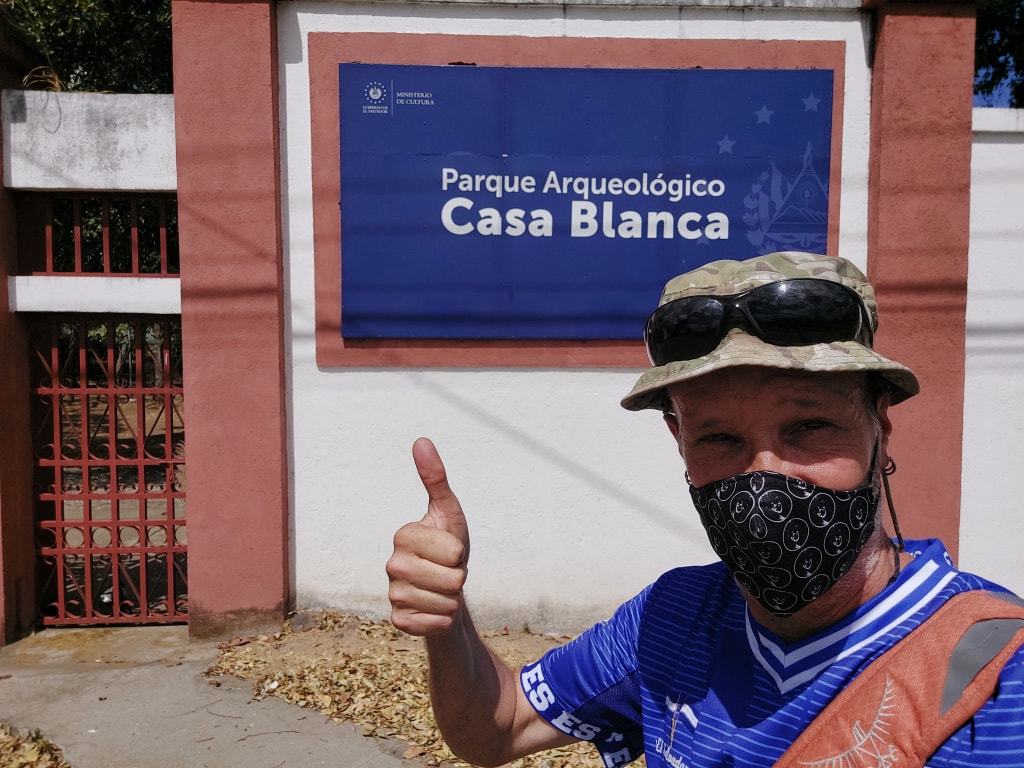 The site derives its name from a coffee plantation on which it is located but has a history dating back to the Early Pre-Classic Period (1300-700 BC).

The earliest date at Chalchuapa is said to be 1,200 BC and is one of the few settlements that had a continuous occupation for more than 3000 years.

The site became an important settlement with Maya influence.

Archaeologists say that the architectural features show influence from the Olmec of the Gulf Coast, Kaminaljuya of the Guatemalan Highlands and the Izapa along the Pacific Coast. 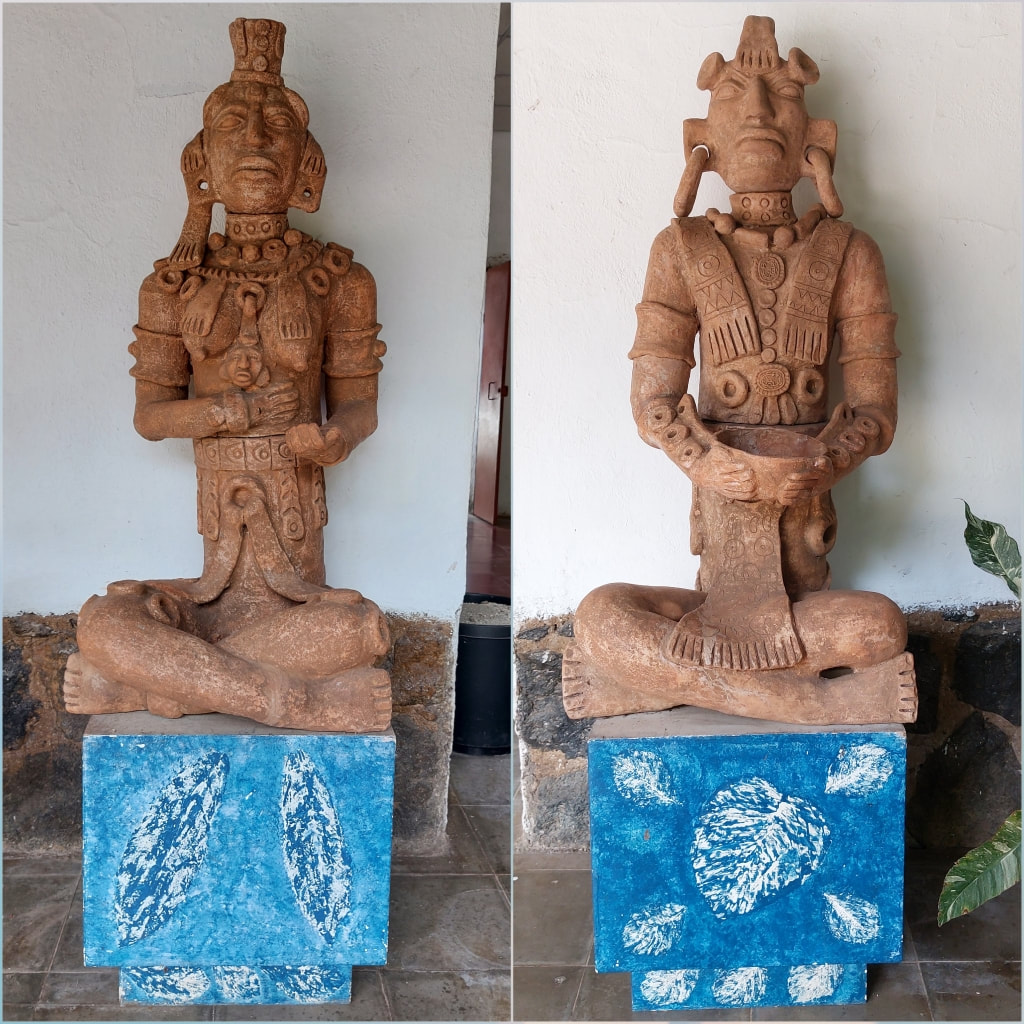 ​The 6 structures found in Casa Blanca rest on an artificial platform, approx 240 x 220 metres were built during the Late Classic Period (400 -300 BC). 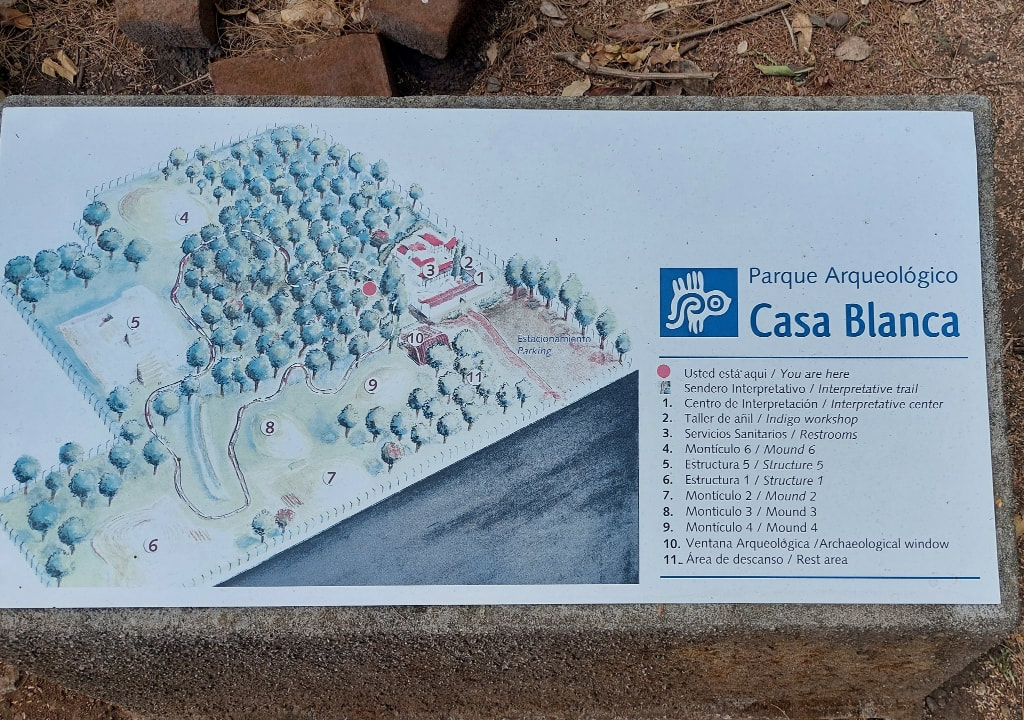 ​Structure 5, the largest at Casa Blanca, is a multi-tiered pyramid and has been partially restored showing 3 phases of construction with the last 2 dating to the Late Classic Period.
​
It has a height of 39 feet and a south-facing stairway that extends up to the 1st tier. And another to the 2nd tier. A ruined temple stood on the top. 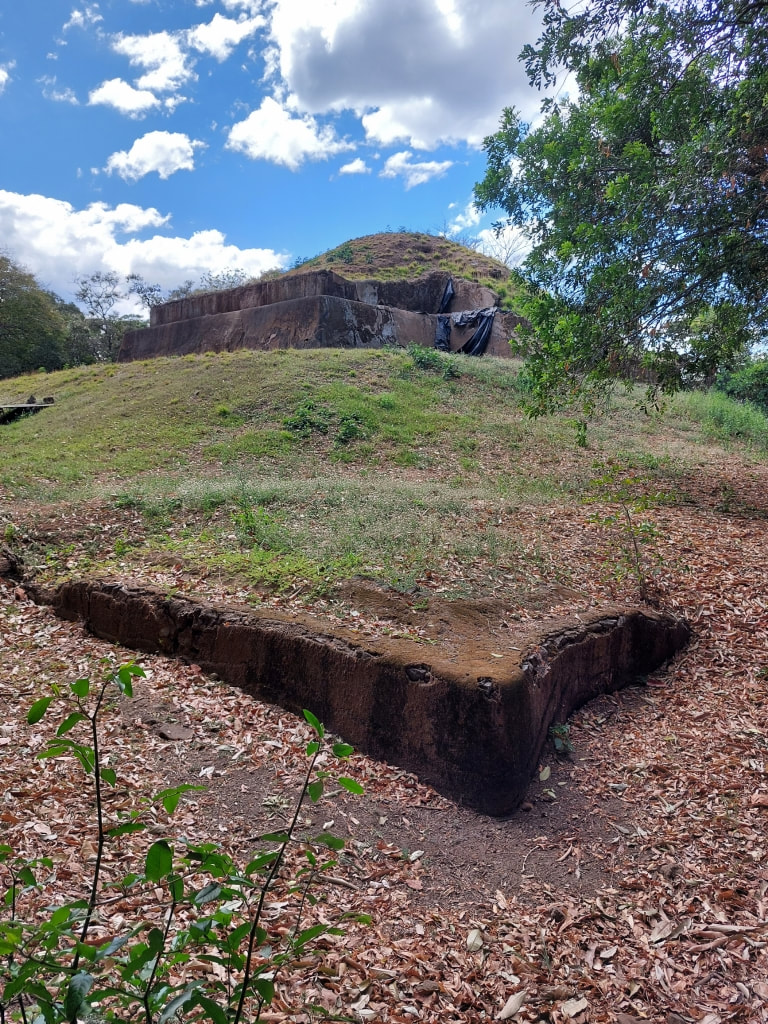 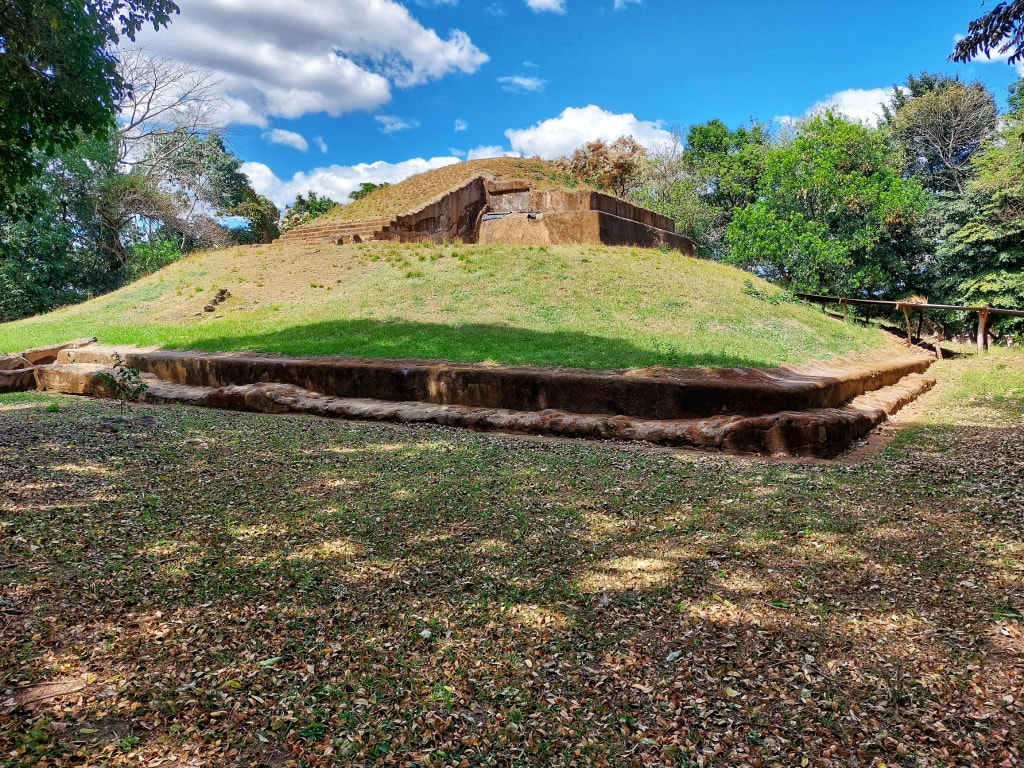 Here you can see the white layer of volcanic ash from the great eruption of Ilopango, 536 A.D. 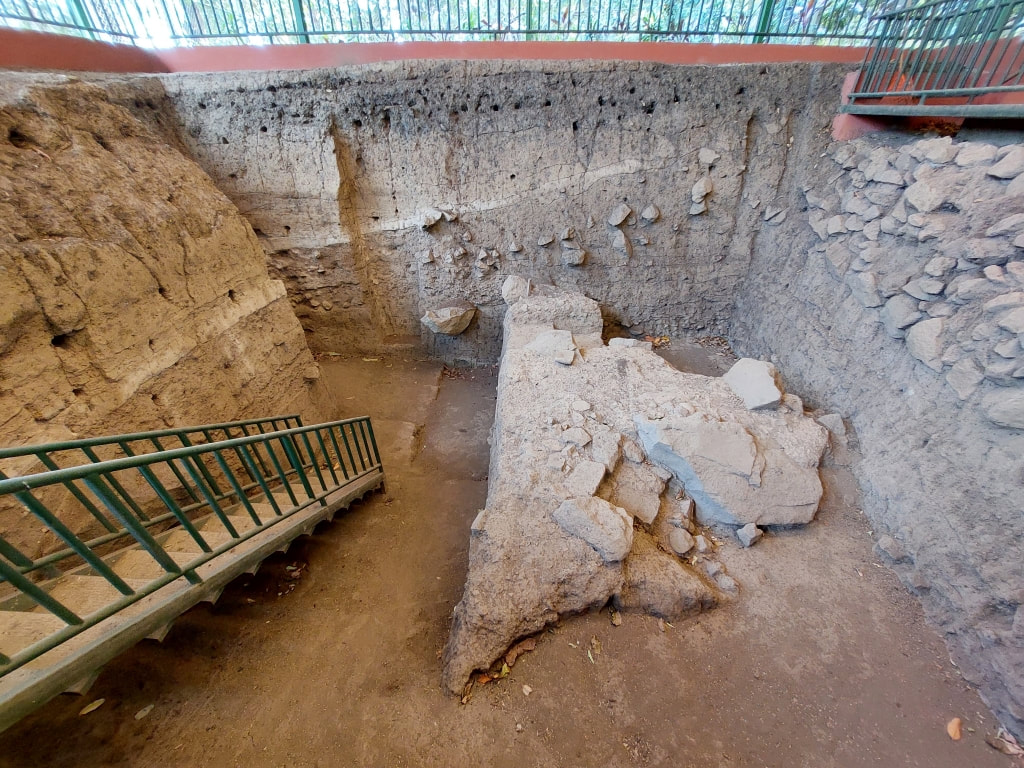 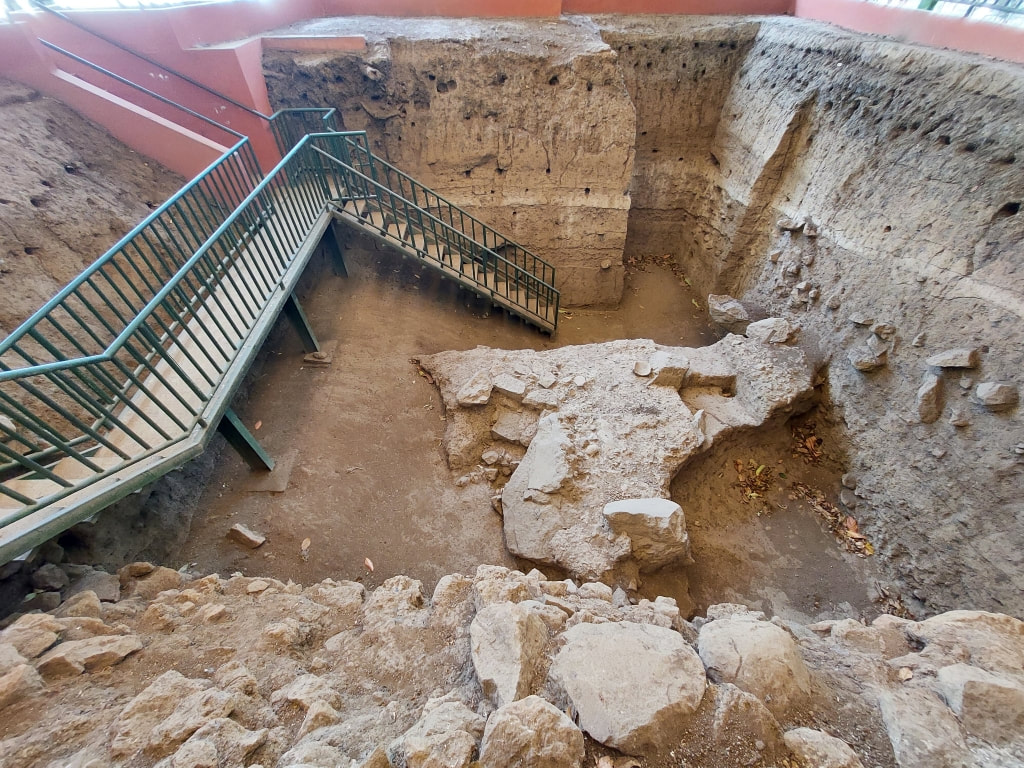 From archaeological studies, it is said that between 900 and 1,524 AD, Casa Blanca became a centre of peregrination.
​
A mass-burial with 45 individuals and another 9 burial sites from different periods were found and the corners of the structures, a sign of respect and was found that the rituals occurred after the abandonment of the important buildings.

The mass-burial with 45 individuals from both sexes were found and studies revealed that they showed signs of decapitation and were thus victims of human sacrifice which was a way to extend life after death. 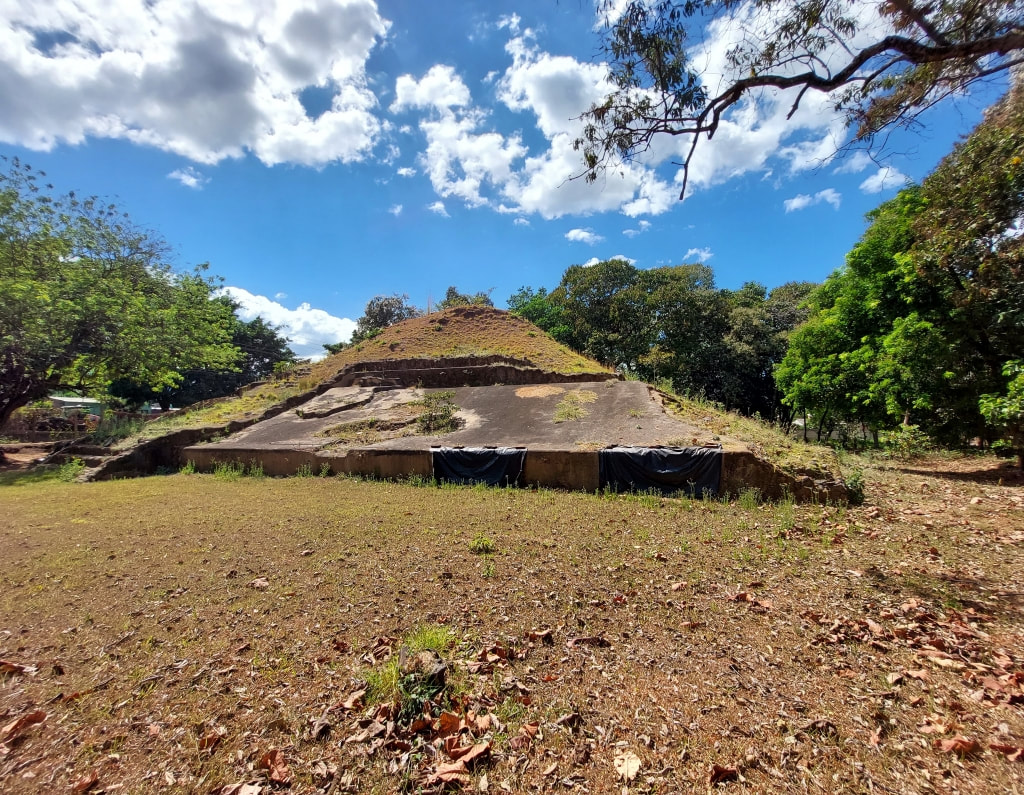 I took bus #218 but you will do well to catch the #214 "Tazumal", which you can get on at a stop on 9 Calle Pte. between 8a and 10a Avenida Sur (pro-tip: it's on MapsMe) and drops you within spitting distance of Tazumal.

Get off before or after the junction on arrival in Chalchuapa. It'll all make sense when you are there. The 218 fare is 40 cents.

You can walk from Casa Blanca to Tazumal, in just 15 minutes.

I took a different #218 back. The transportation system here is comprehensive though can be confusing. Make sure you have MapsMe loaded cos I ended up in a different part of town and just walked back. 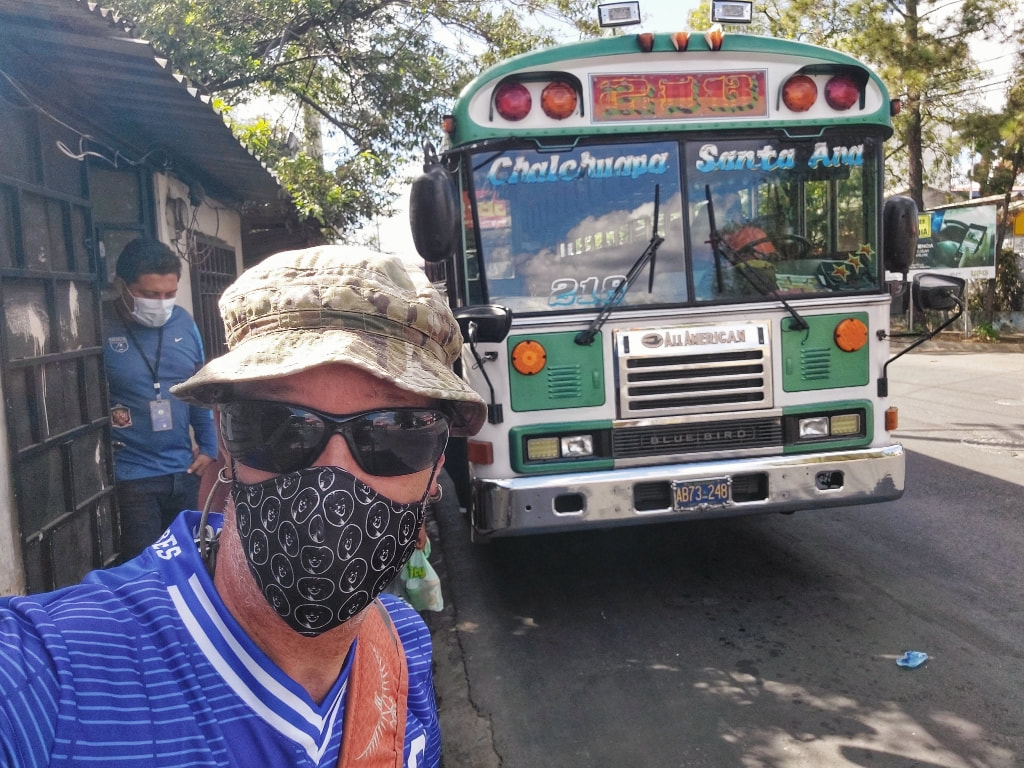