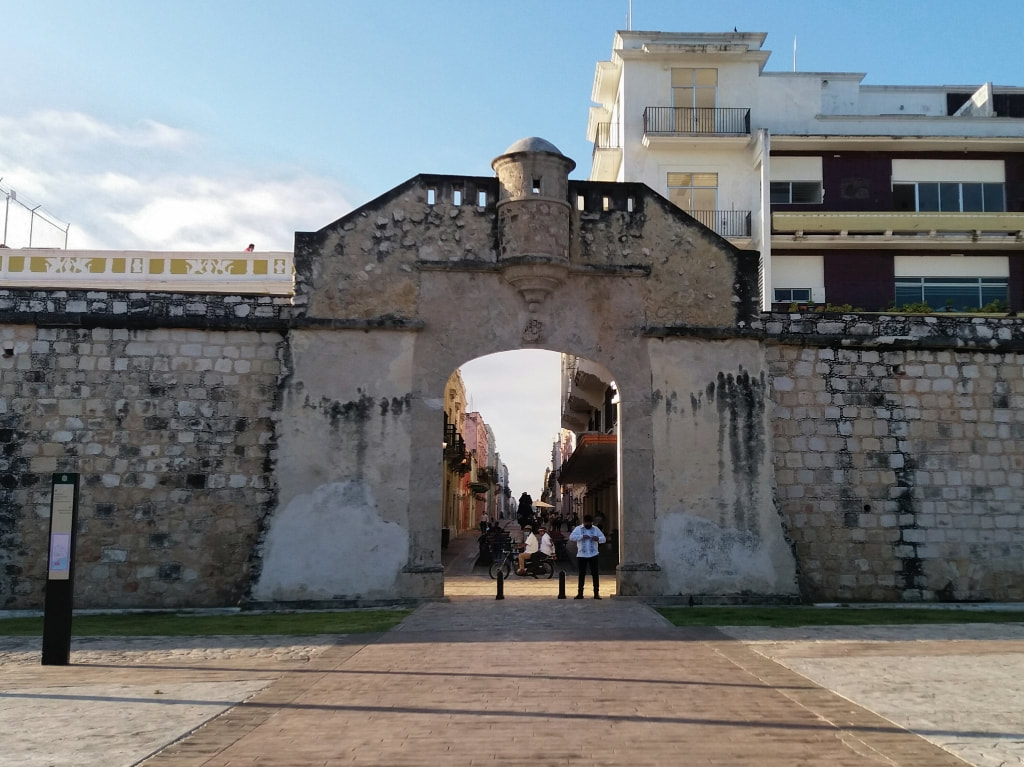 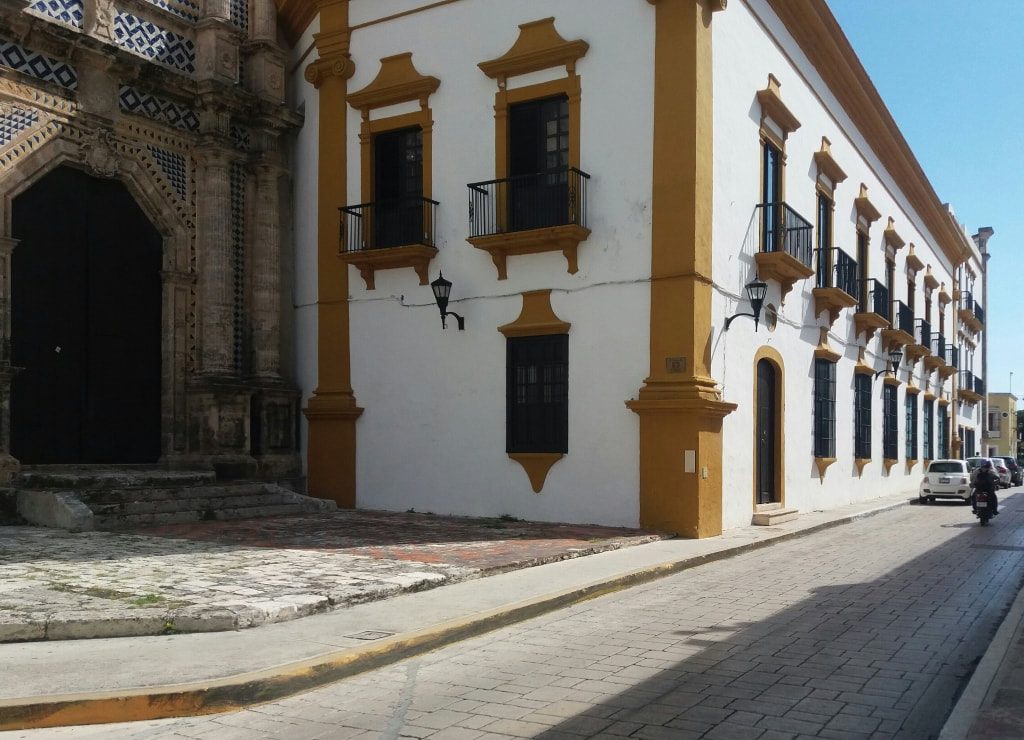 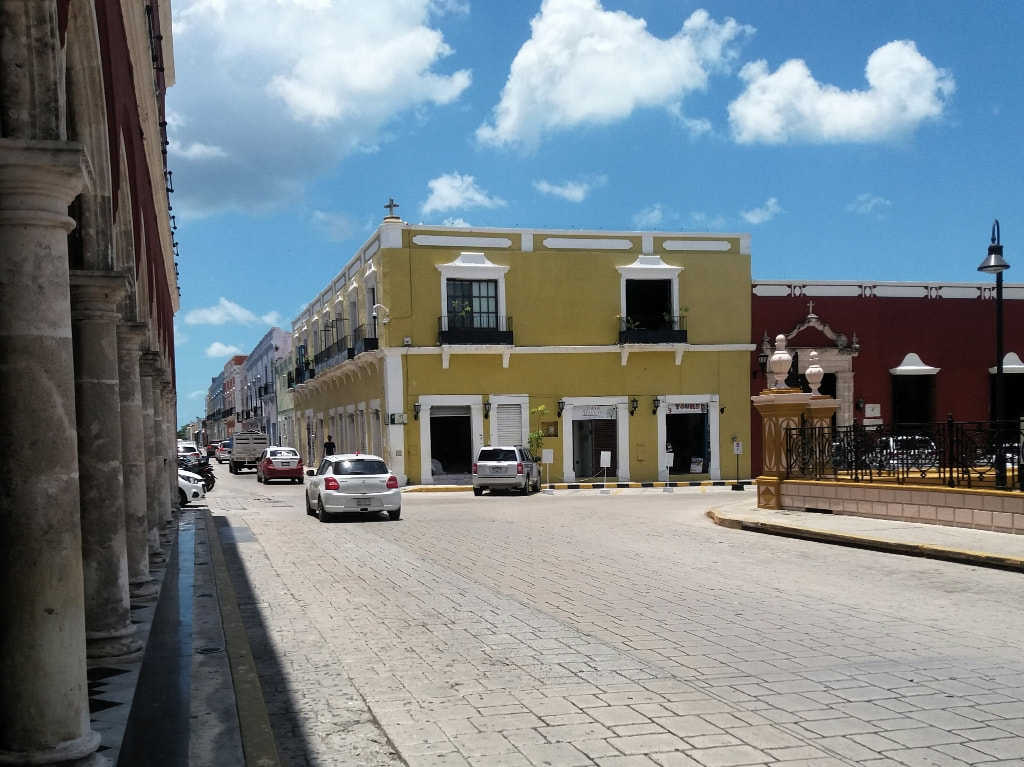 ​It was founded by Francisco Montejo, a Spanish Conquistador (knights, soldiers and explorers of the Spanish and the Portuguese Empires) on what was originally the Mayan village of Can Peech where the Spanish first landed in 1517. 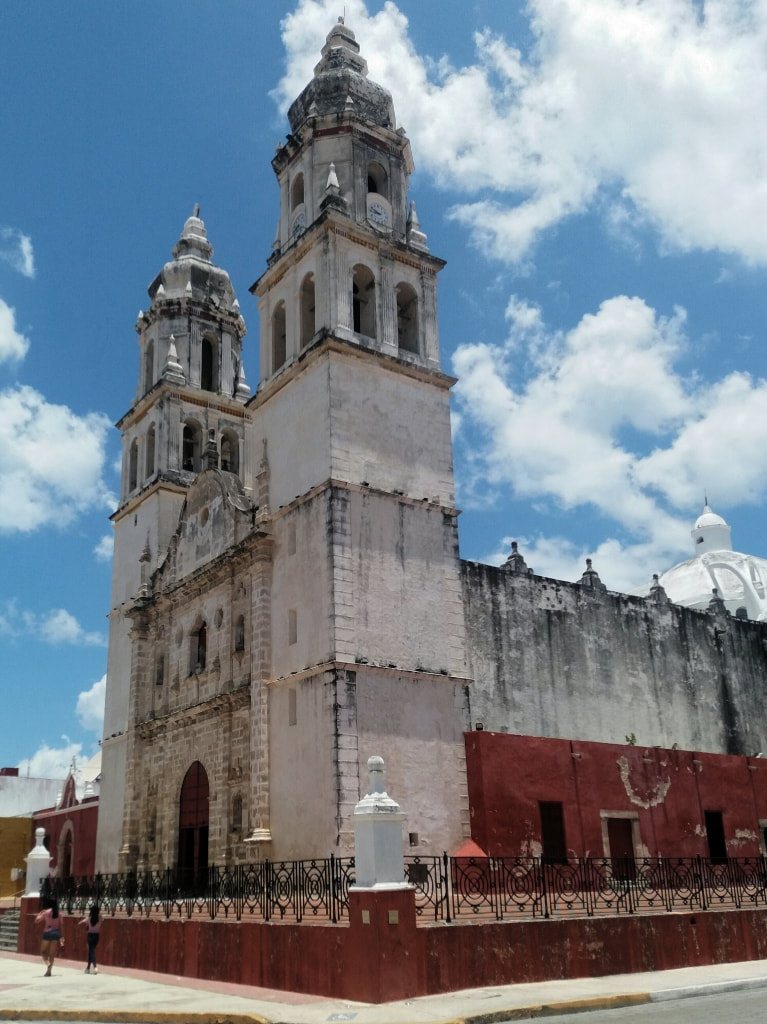 ​Being a port city, it was constantly being attacked, so a fortified wall was built in 1686 with 8 bastions, 5 of which are still standing today, and 4 gates, 2 of which still stand today: 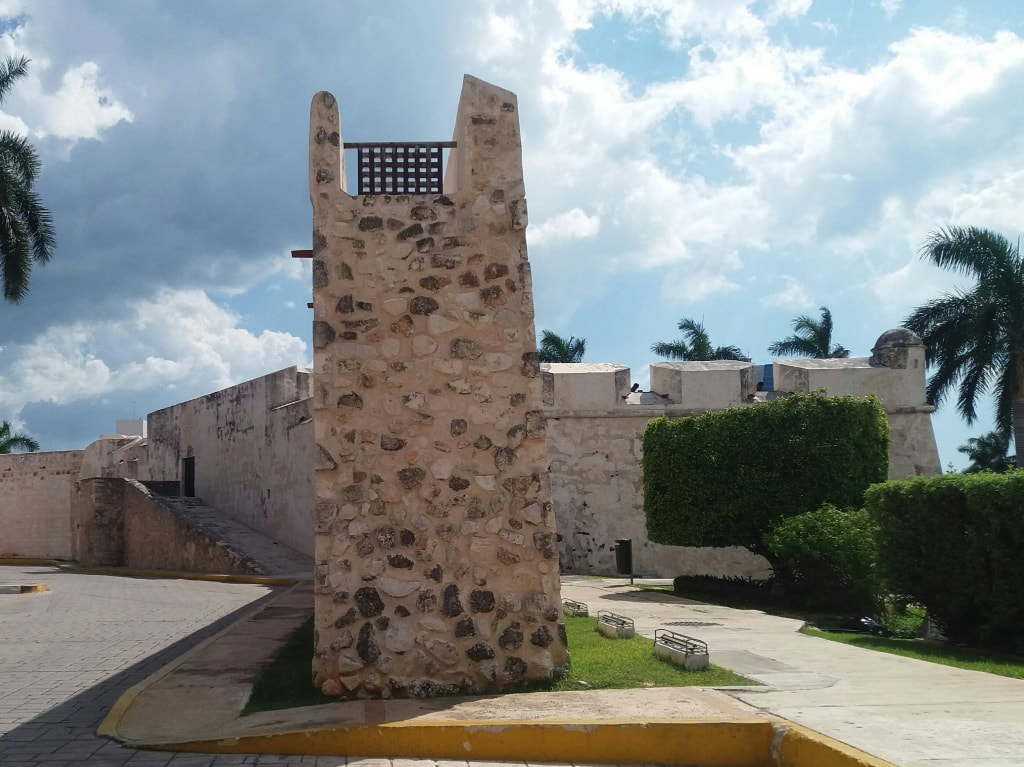 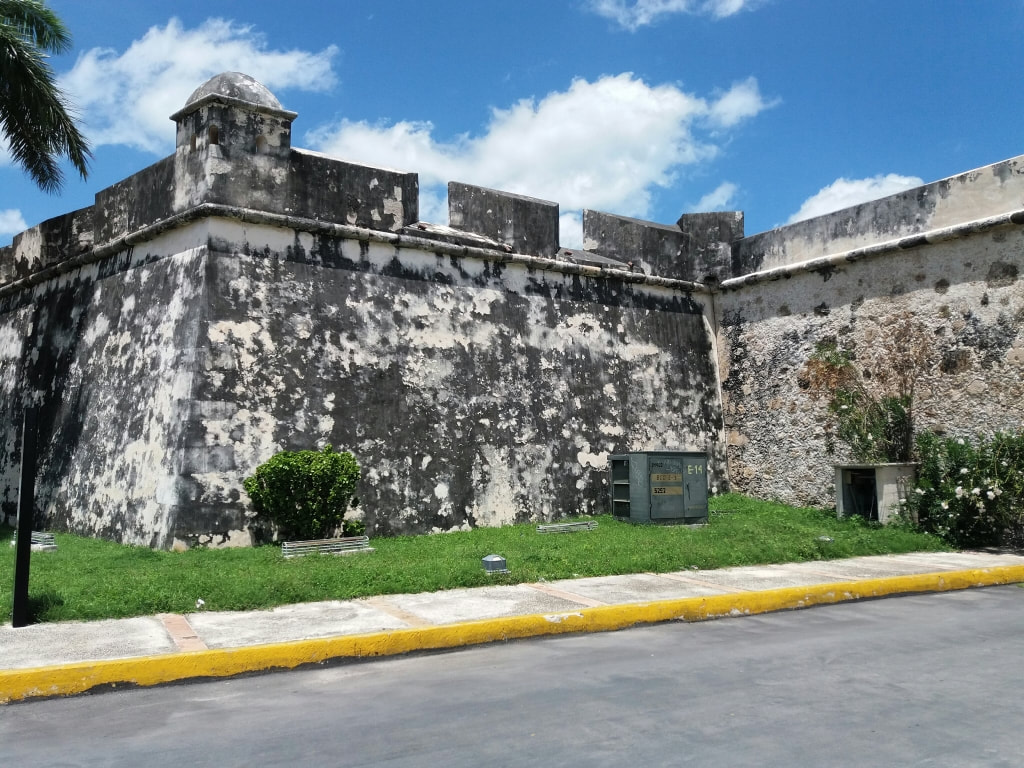 Low relief model of the walled city of Campeche: 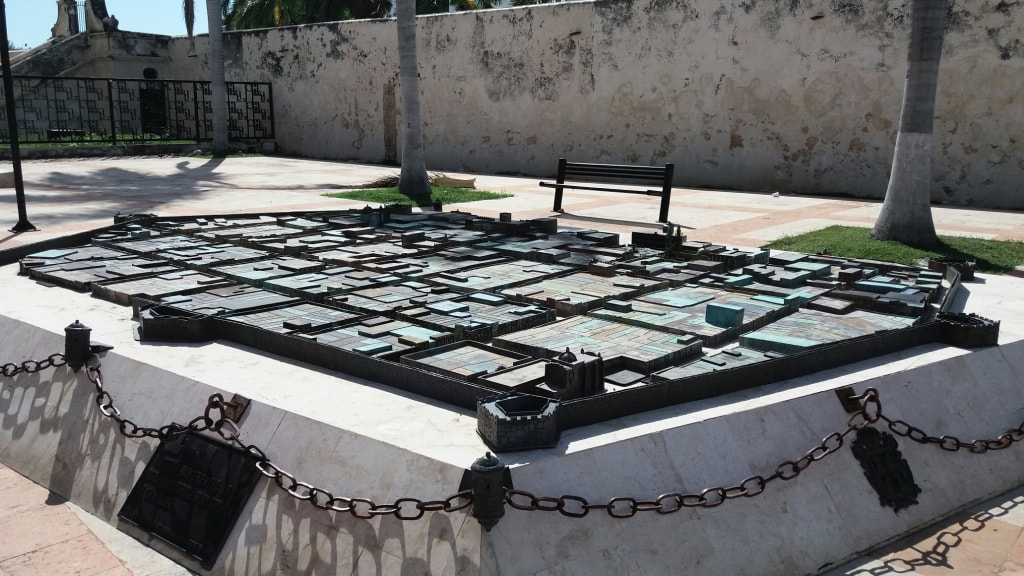 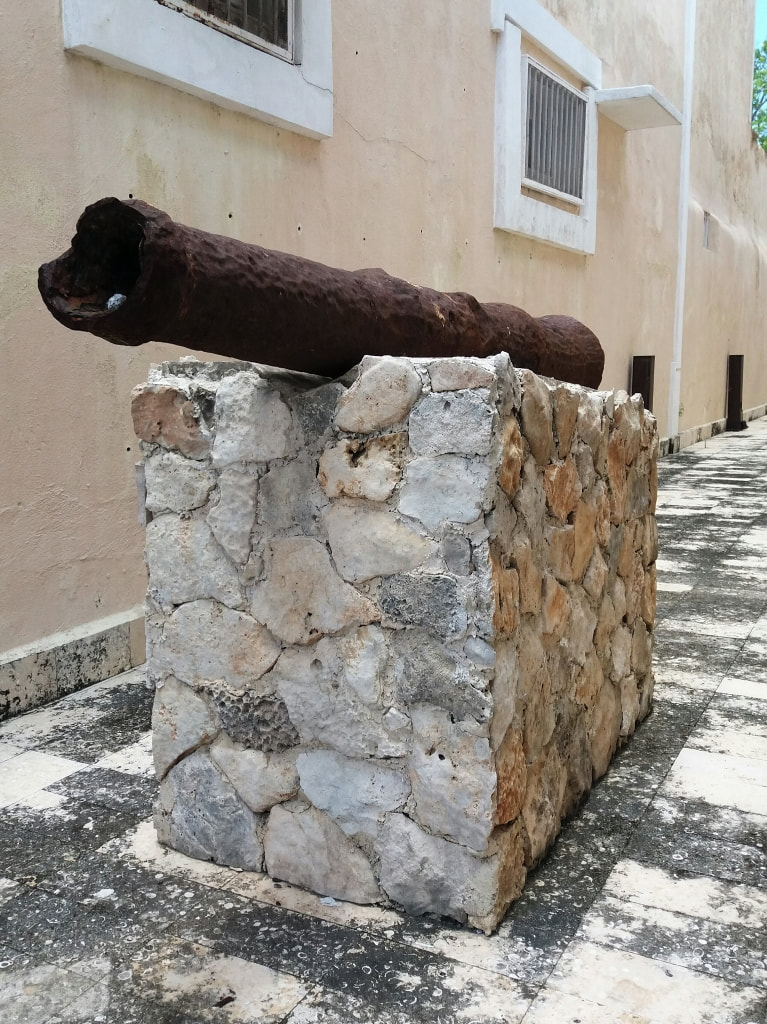 ​While the Spanish lived within the walls, the locals lived in the barrios of Francisco, Guadalupe, and San Román.
​
Here is the Iglesia De Guadalupe: 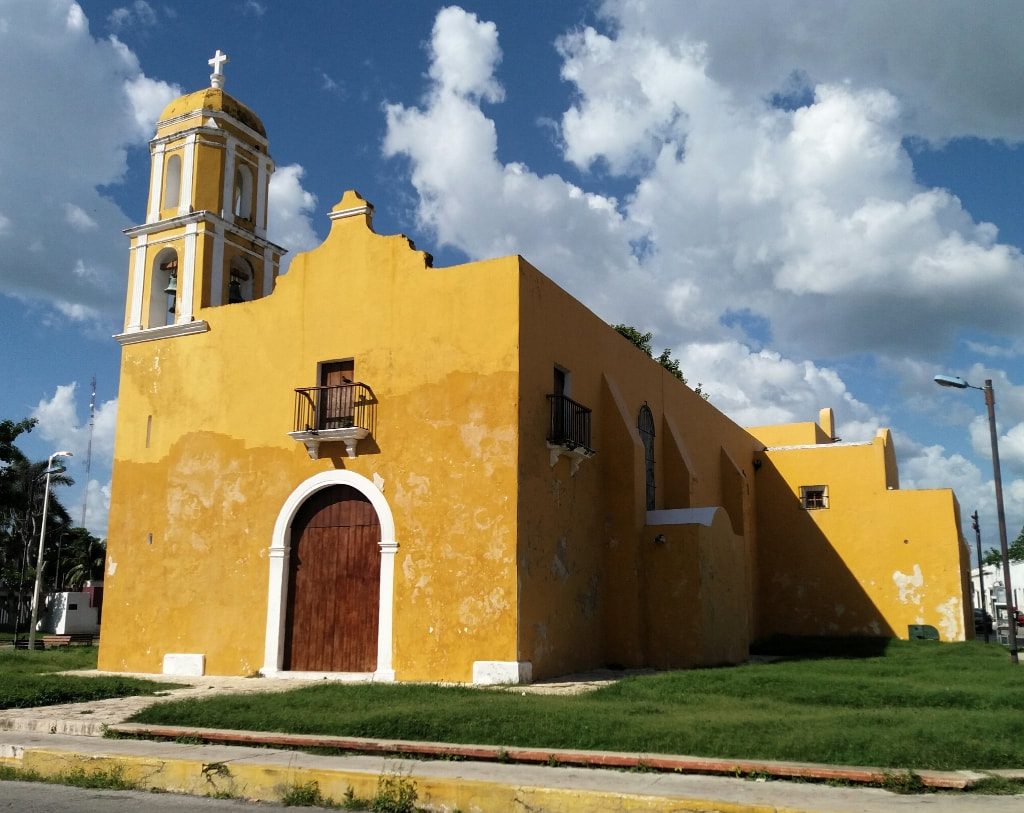 ​Within the walled city, The Temple and Convent of San José, 1540, one of the oldest in The Americas: 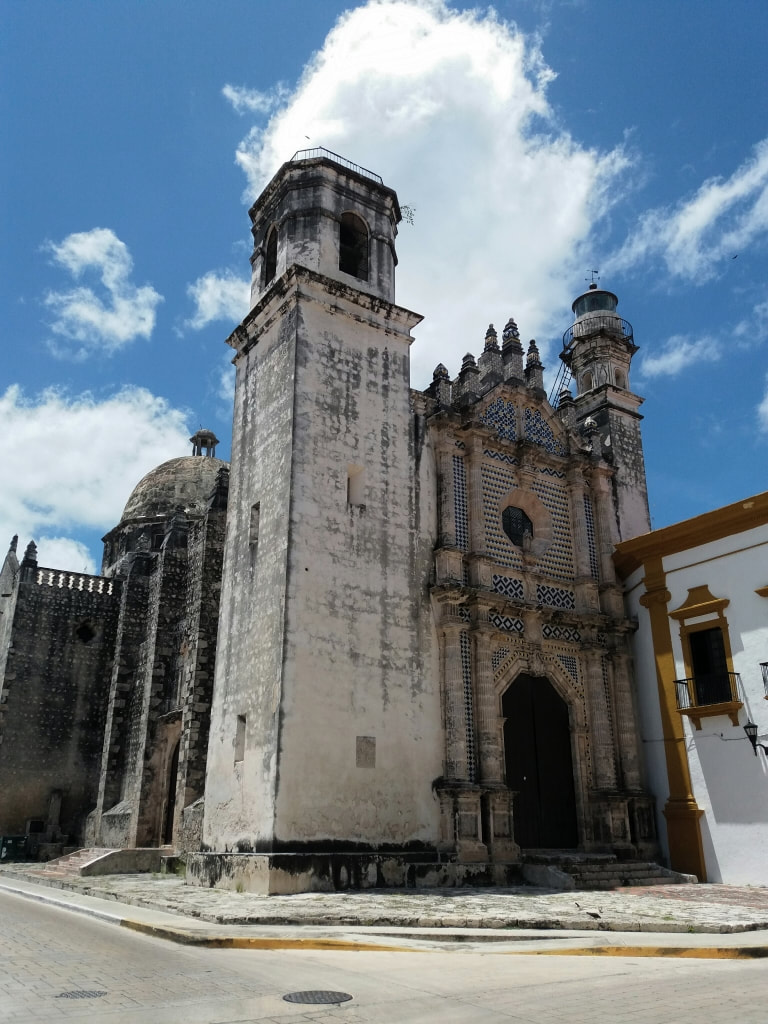 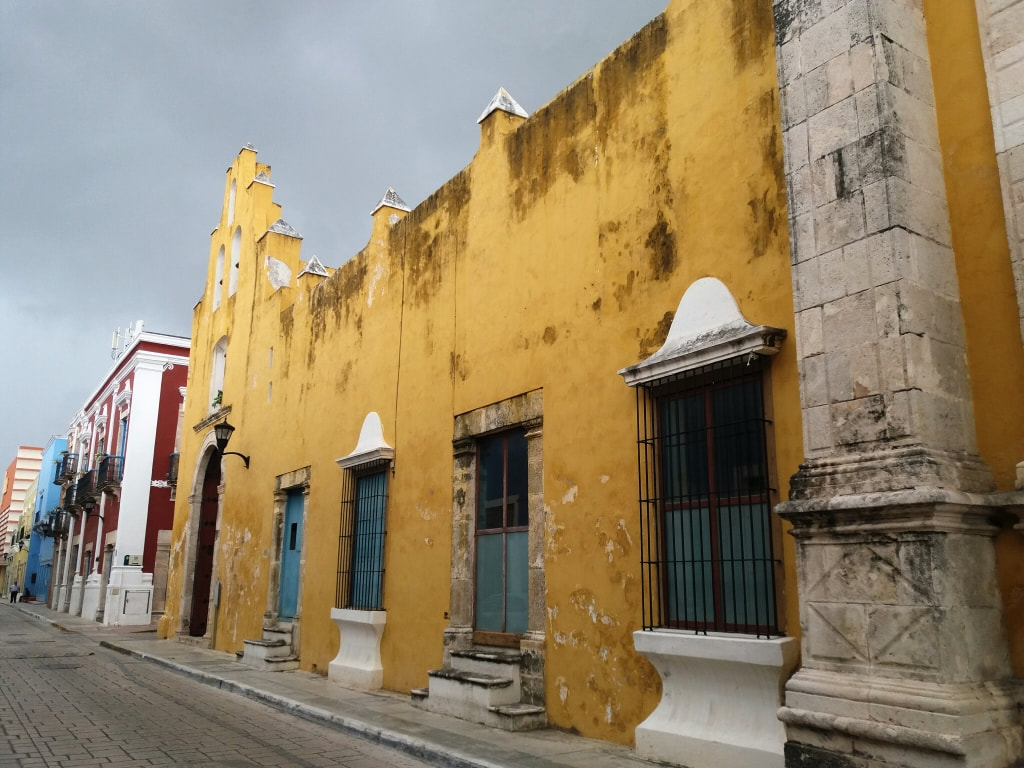 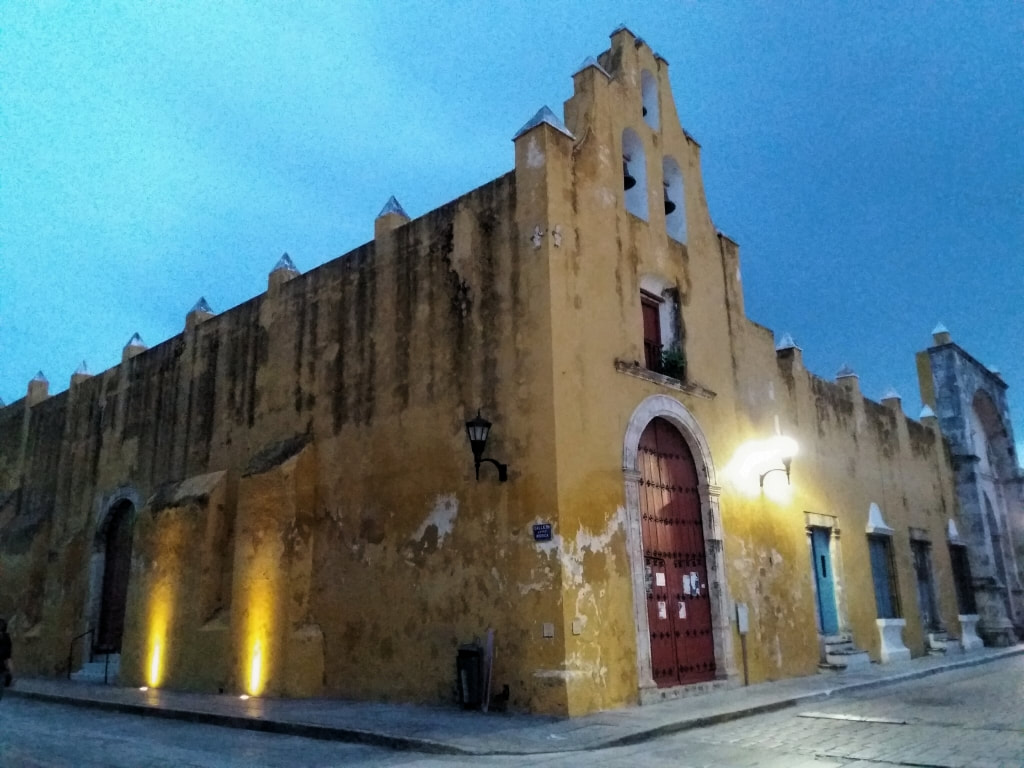 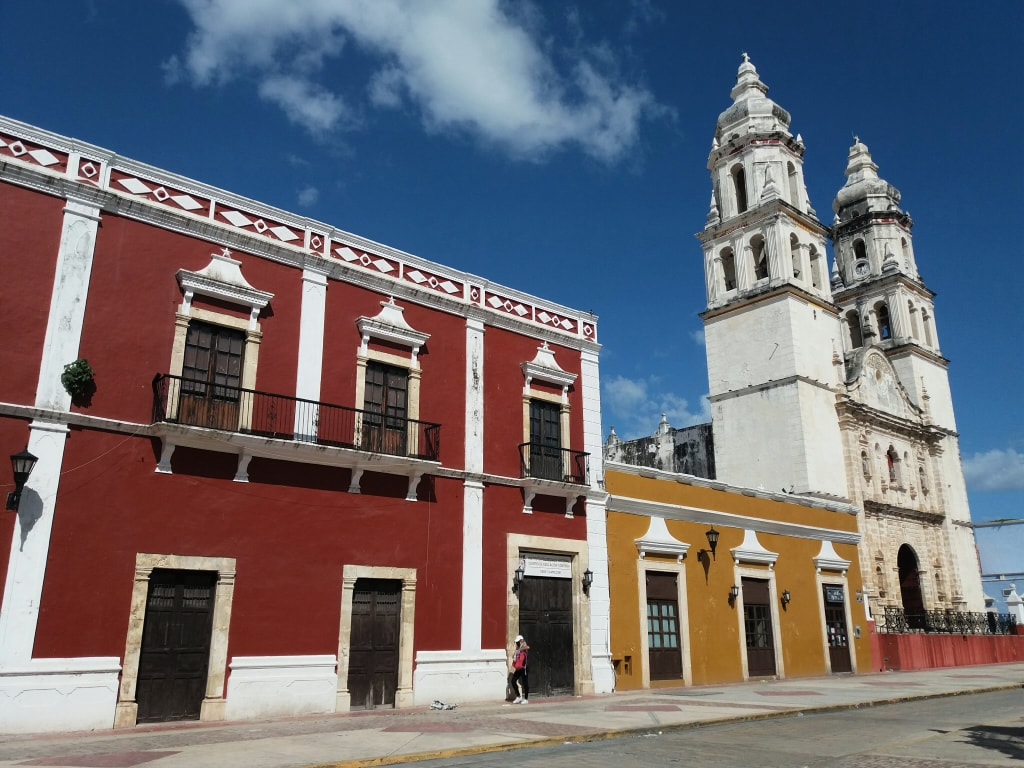 ​With Spain having lost control of Havana and Manila in 1762, they had to cede Florida and Belize to the British to recoup these cities and in this way, the Yucatan became a very strategic location.

The walled port city of Campeche, considered safe up until that time, began to come under attack and seeing that it could not thwart a naval attack, in 1771 began the construction of 2 forts, along the coast. Fuerte de San Miguel and the Fuerte de San José el Alto, which I went to visit.

Note the curved entry path, which stopped invaders from coming along with a battering ram. Not shown here is the moat, portcullis and draw bridge: 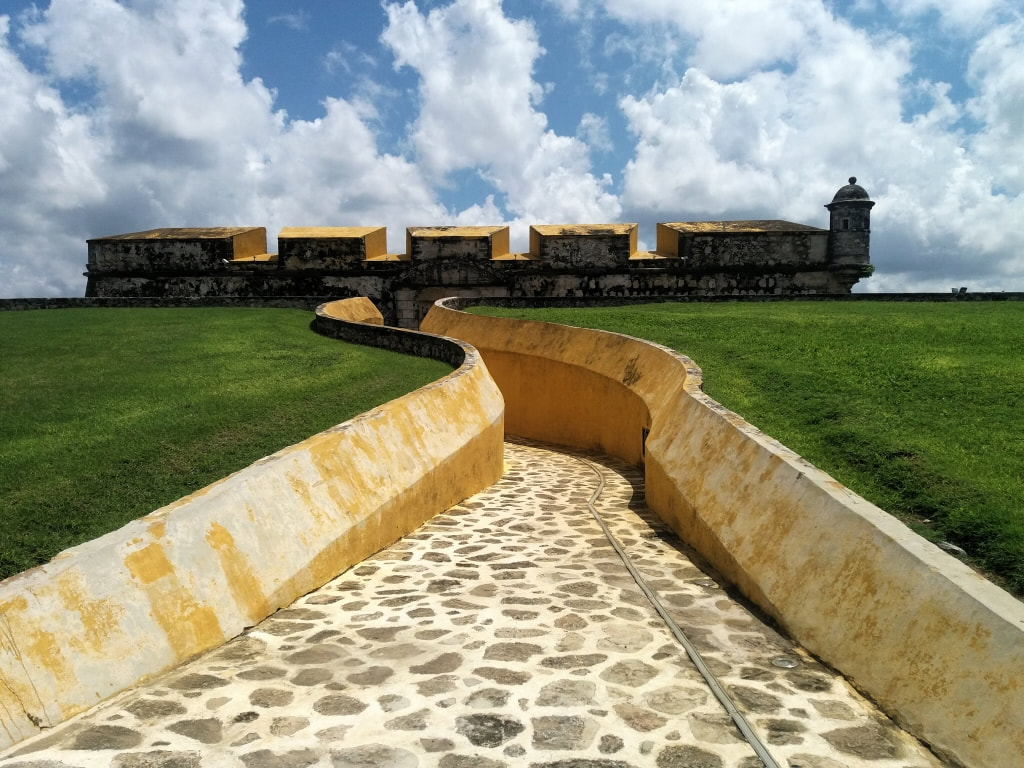 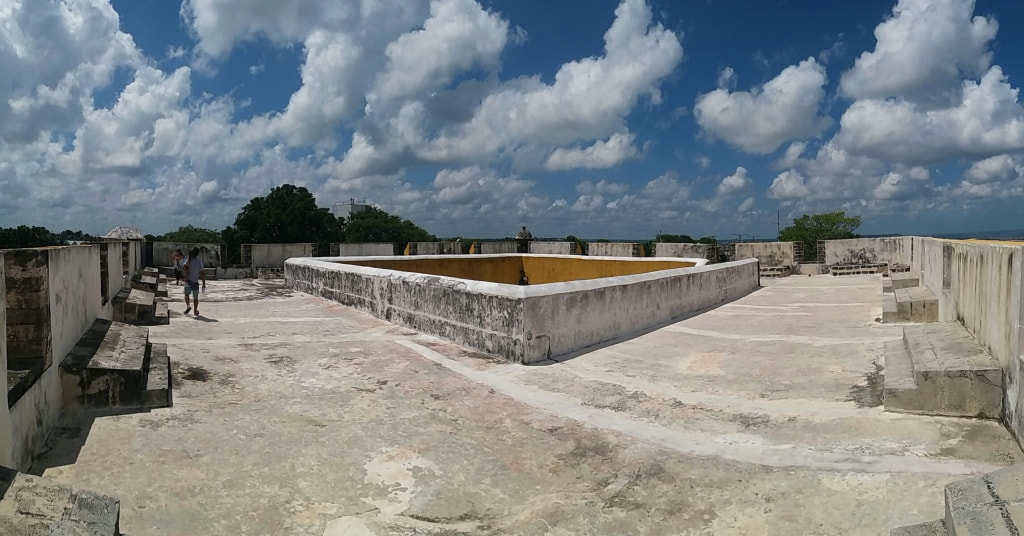 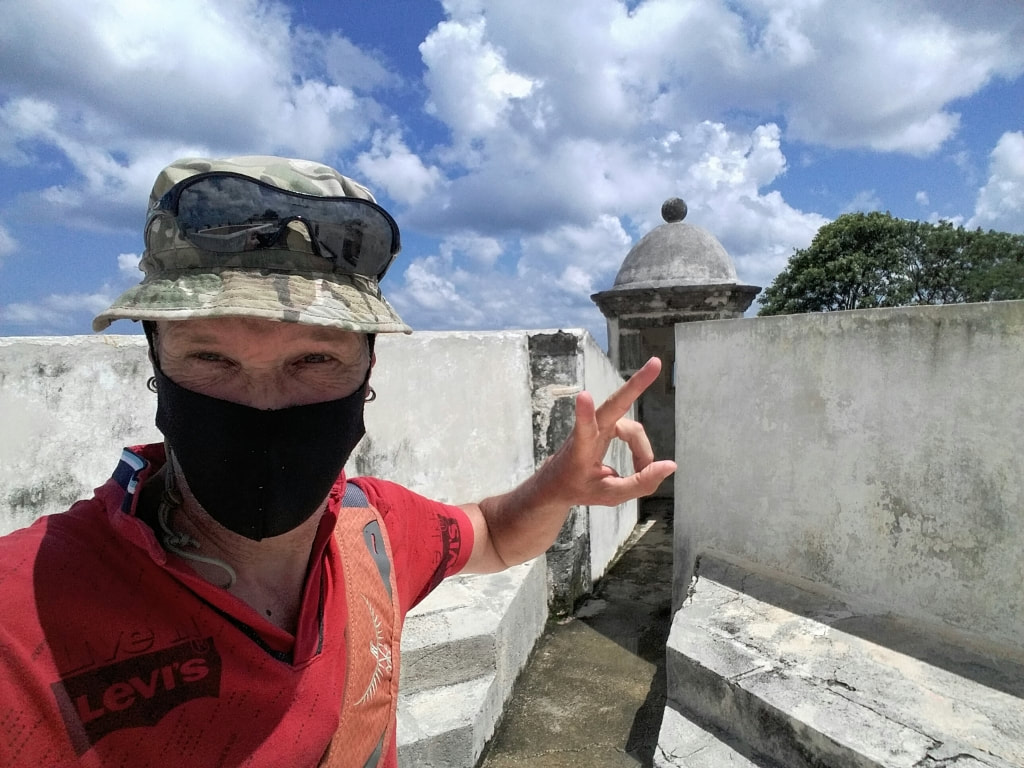 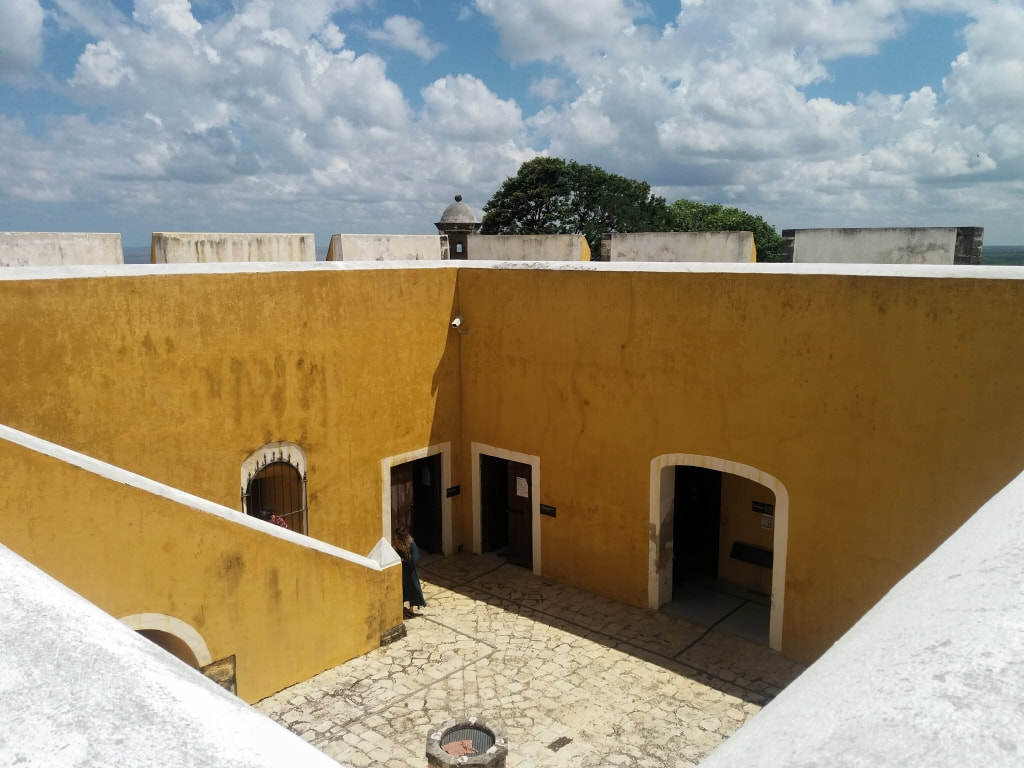 ​​Fuerte de San José el Alto. Here you can see the moat and the hill top location in relation to the Gulf of Mexico: 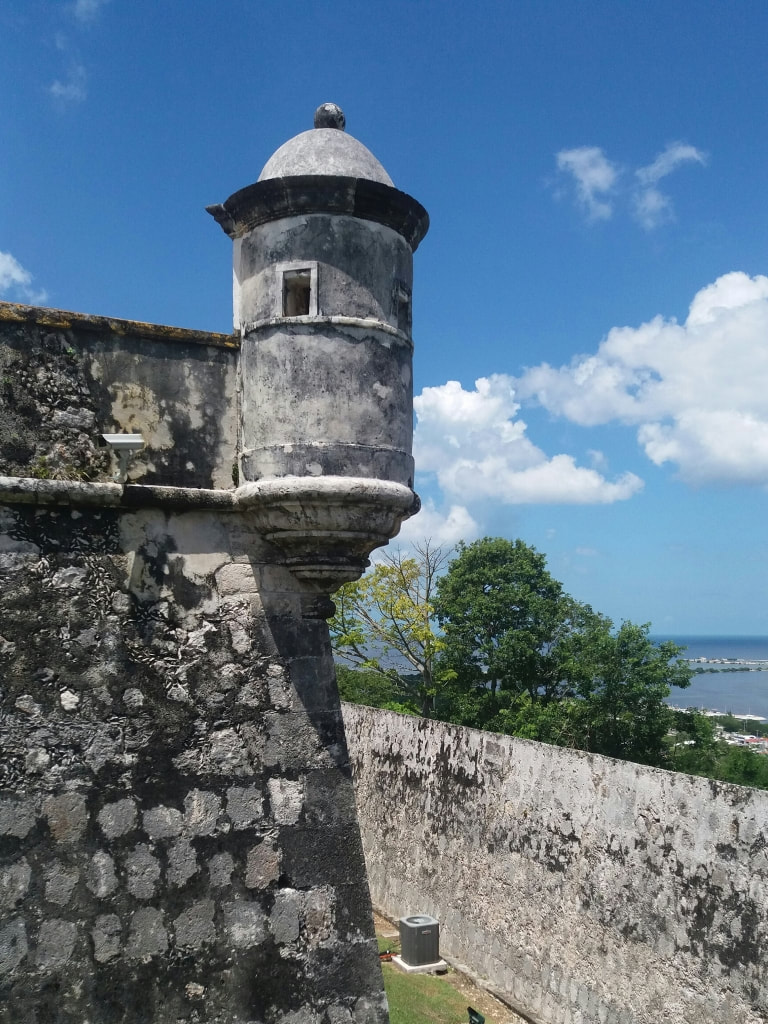 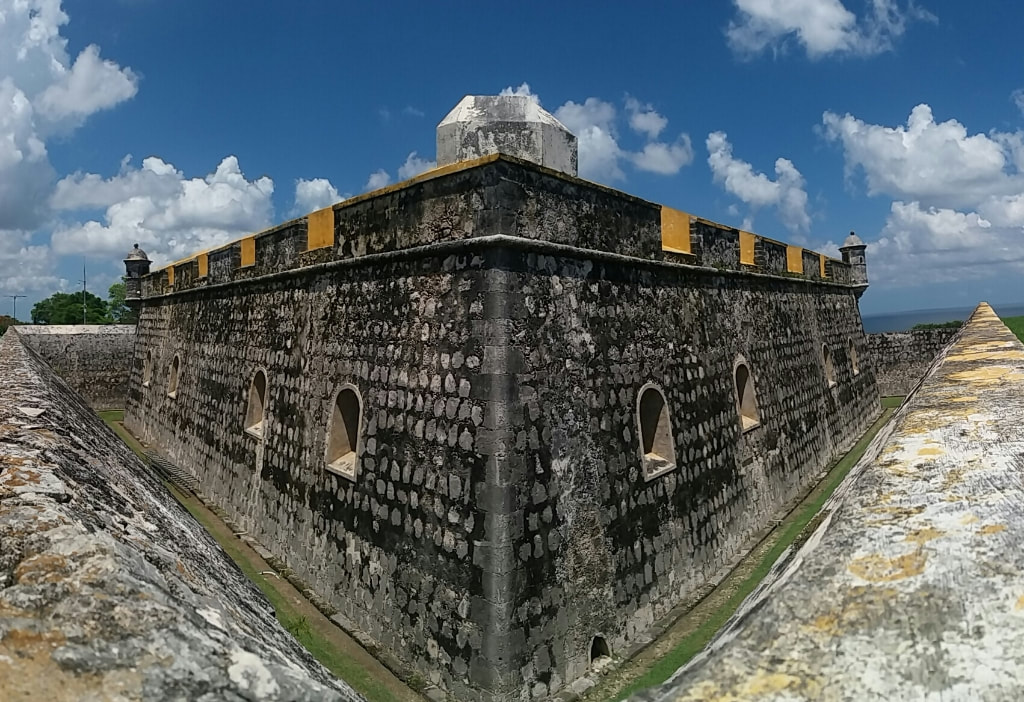 I was visiting in August 2021. It is hot and humid. Despite Campeche being UNESCO listed, there was a waft of sewage in the air. Everything gets pumped into the ocean and occasionally leaks up through the broken pipes into the street.
​
I stayed at the unlisted Hotel Reforma. As with all buildings in the walled city, they are damp and musty. 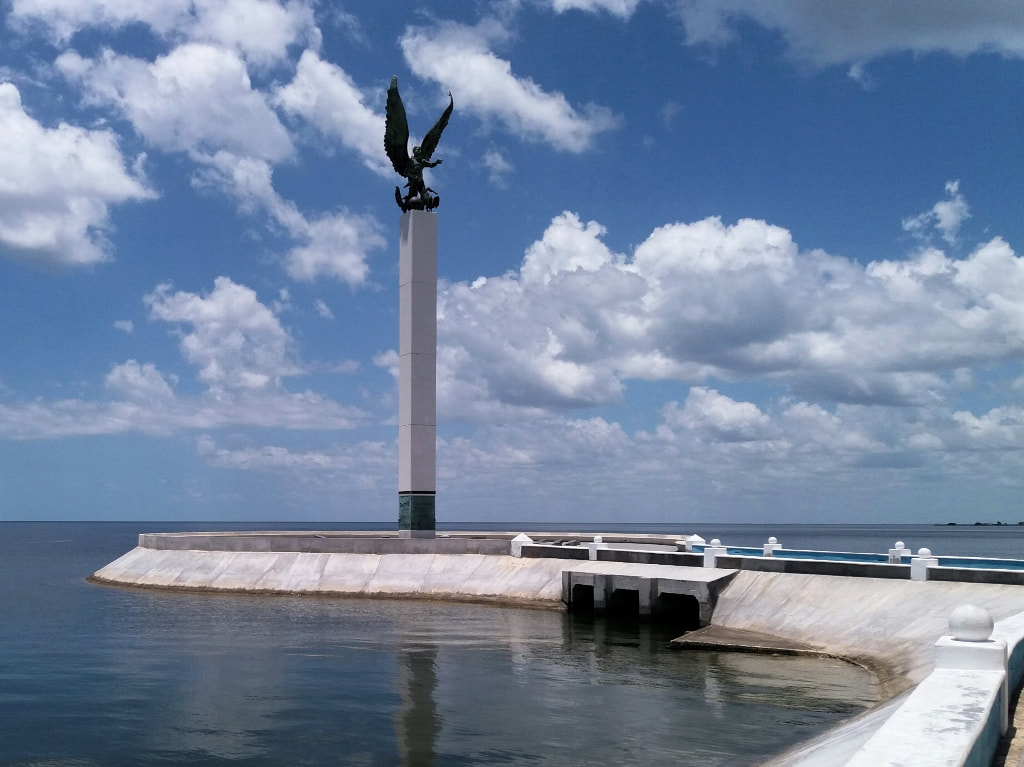 Not suitable for vegetarians. Cazón is shark meat: 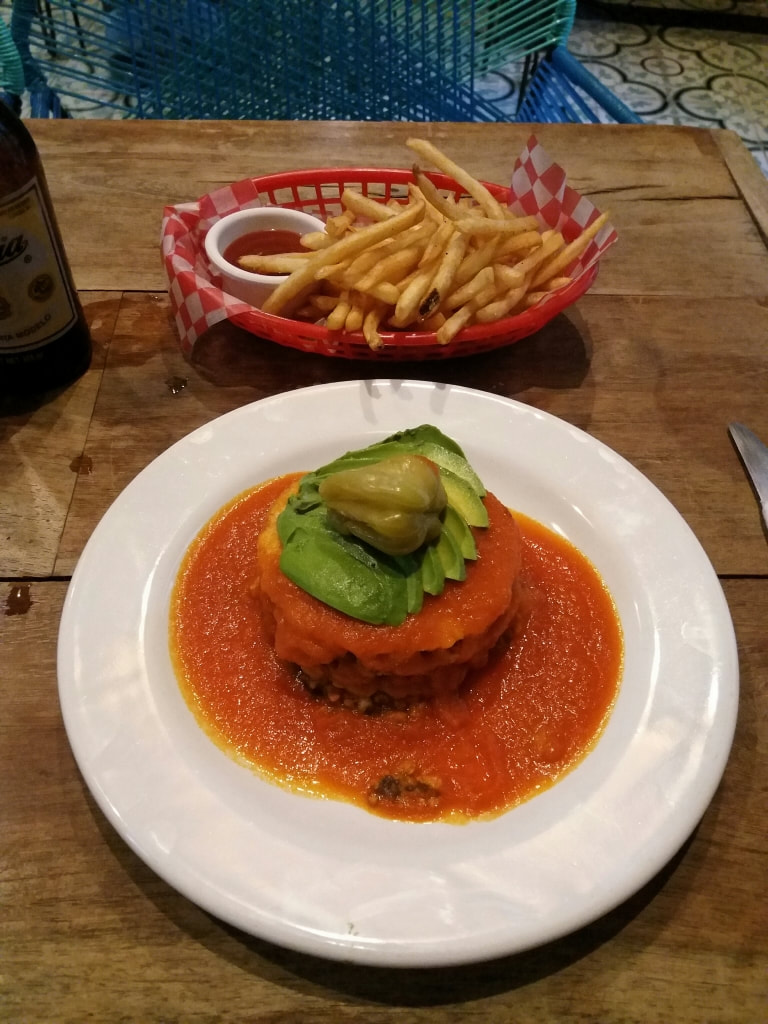 ​And seeing as Campeche has a Covid dry law (no alcohol on sale in the shops, but in the bars is ok) and, well backpacking when it is 33, feels like 41, is very thirsty work, I opted for a rather expensive 1l of draft, one other evening: 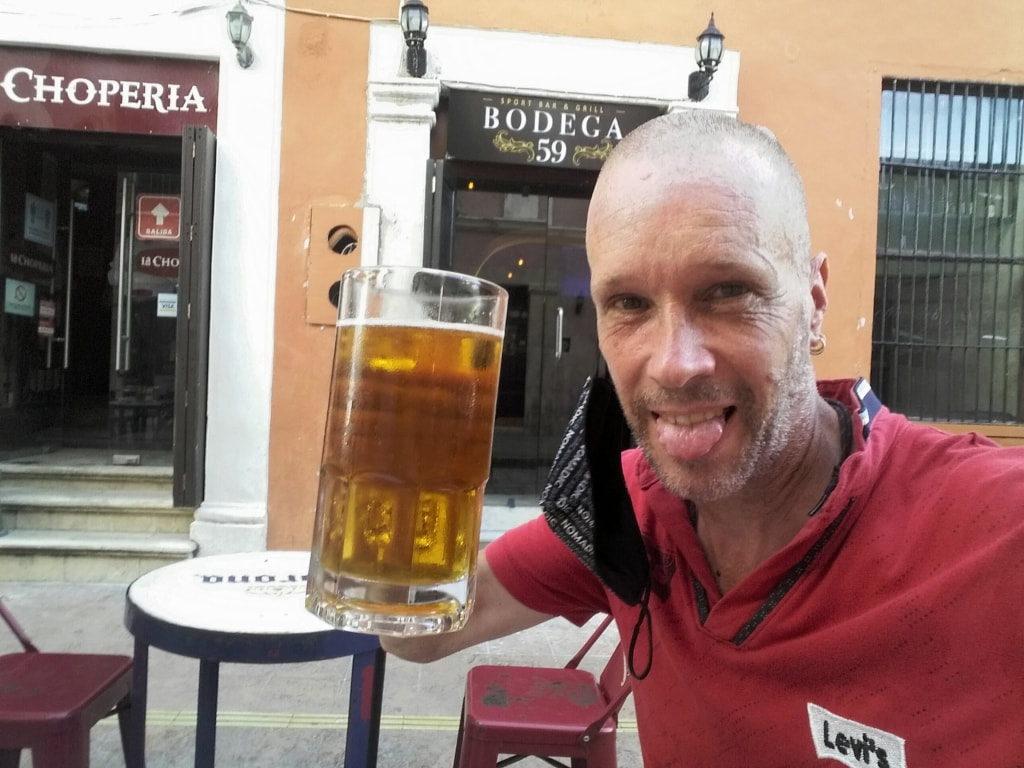 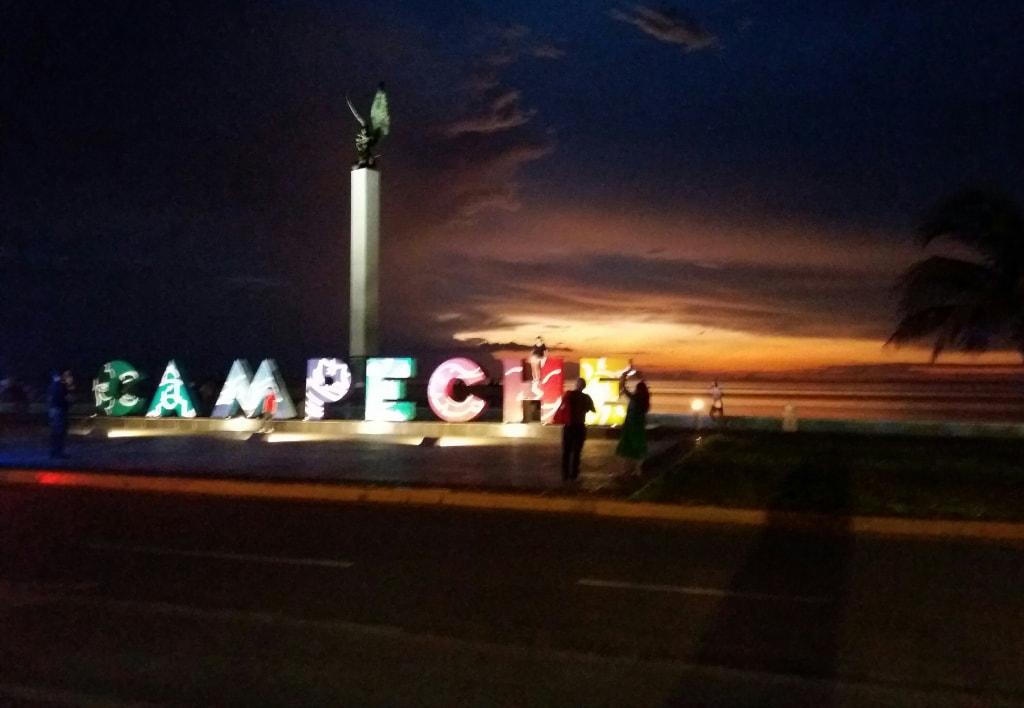 ​Some evenings they have a sound and light show on the malécon. So if you like Madonna, Michael Jackson, go check it out from 8 pm.
​
​Tagged under: Mexico