​Connect on Twitter
I've been here 13 weeks now and the lockdown was extended again. This is getting completely crazy. No chance of respite until July 5 at the earliest. 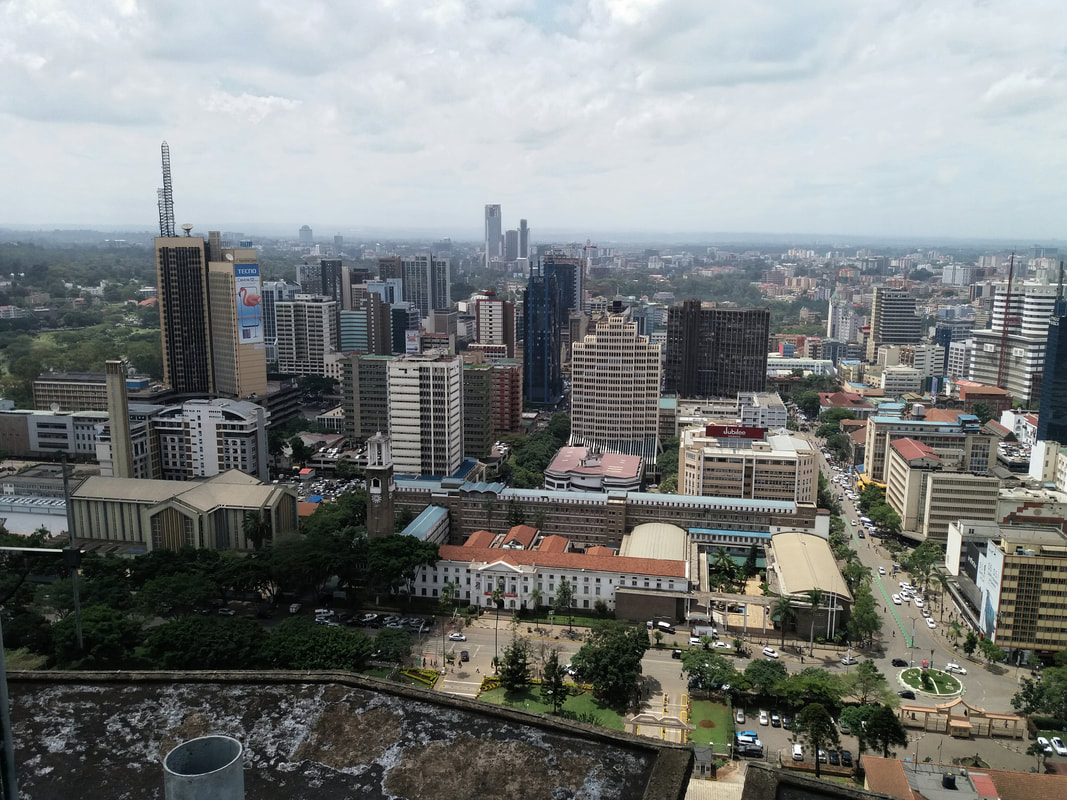 On June 6th 2020, President Kenyatta addressed the nation from State House in Nairobi. I watched it live stream on KBC.

It was a good speech. None of the bollocks that comes out of No.10. He acknowledged his advisors; something I have not personally seen any other leader do.


He explained that he was keen to open up to get the economy going but with the cases still rising and the country's limited means to handle such numbers, a complete lifting of the partial lockdown was not going to happen.

The curfew would be relaxed. The new times being 9 pm until 4 am. This would give traders more time to earn a living before closing up for the curfew. Local lockdowns in Eastleigh, Mombasa Old Town, Kwale and Kilifi would be lifted.

But then the killer blows:

The cessation of movement into and out of Nairobi would not be lifted, nor would the airport reopen for international flights.

My heart sank once again. How long would this go on for? I have been here for 12 weeks and he just extended the lockdown by 30 more days.

I am comfortable and living affordably. My two primary concerns. I have a small apartment for which I pay 10USD a day. Of course, I could find a cheaper place but I can prepare my own meals, I didn't have to fork out for any furniture or kitchen equipment and there is a large garden. I am not totally alone. 4 staff and the cook who still lives onsite after being let go.

I can still go out to get supplies, I also go to the same café nearly every day.
But being comfortable and living affordably doesn't mean I don't have my fears.

My biggest fear is not the actual contracting of Covid-19. It is being forced into a hospital and/or a quarantine centre on coming down with the virus.

The security staff outside the supermarkets zap all customers before going in. If your temperature is considered too high, your fate is sealed.

I am in a country that is not my own. I am white, therefore I am rich. Hospitalization and treatment for Covid-19 are supposedly free. Does that apply to the Mzungu? Officially maybe. Unofficially, probably not. This is Kenya. Well known for its corruption. People are badly paid. If I got carted off to the local hospital I am sure there will be many rubbing their grubby hands with glee.

And it's not just the financial worries. Kenyans that have been repatriated have been quarantined on arrival in Nairobi. They are just bundled into overcrowded facilities without checks. And some of their the 'approved facilities' were found to be substandard.
There have been some cases on xenophobia. Though not as I at first thought due to me being white per se. But they associated me with having a 'history of travel'. Someone I got talking to online, he was born here. Both parents are Kenyans. But he grew up in the UK from the age of 7. He arrived in Kenya a few days after me and went to see family in a town north of here. He was also 'under suspicion' when he first arrived.

It gets lonely here. Since the travel restrictions were put in place, the week before Easter, I have seen and chatted to just 1 European for about 15 minutes in that time.

Of course, I can and do chat with the staff here but it's not really stimulating conversation. They never open up. I chat more with the girl and with the cook. I don't see the night watchman much. I find it hard to chat with the two others.

When I first learnt that the country was going into lockdown, the staff said they would look after me and that I was safe. In reality, it was the boss who is in Germany who said that the place would not be shut down. They ain't getting much income. But they are getting some. There seems to be a small trickle of guests. Mostly contractors. So I am no longer worried about being forced out.

One of the guys here, when they went on a 50% salary, he was always dropping hints that he was hungry and had no money. He has since moved into the staff quarters and this is no longer an issue. But, at the beginning when all staff were still here, I would sometimes buy ingredients and the cook prepared the meal for all 10 of us. The 'always hungry one' would serve himself way more than anyone else. One time I bought spaghetti. And he half-jokingly remarked that he wanted the standard Ugali. I was like WTF. He also rarely said thank you.

The girl, I talk the most to her. I make her coffee. If she is here when I am preparing my early dinner, I cook enough for her. She shows her appreciation. She has also shown me how to cook stuff.
So the JKIA airport did not reopen despite the press release that they were preparing to reopen. Does it really matter if there are very few places open to me right now?

It was announced that from June 8, all arrivals in the UK would have to go into self-isolation. What a joke at this stage of the game.

My father is 'high risk'. He has to live alone. I have nowhere else to go to self-isolate.

​But I ask you, in my case, I am here in a country with less than 100 deaths, having isolated for 12 weeks in a small town with no reported cases and I would not be exempt on going to my own country which has a crazy number of cases and deaths.

Then 3 days after the latest lockdown extension, Kenya Airways announced that they would be running another evac flight to London. They were also going to run flights to Joburg and Lagos. But check this out:

I would also need to to get a COVID-19 test done at a particular private clinic. This has been set at 8,000KSH (75US$). I know full well that they don't cost that much. When it was said that restaurant workers needed to get a test done, they all complained at the 5,000 KSH fee involved. From a regular clinic it costs, I am told, only 1,000KSH.

How do they see it that it is OK to make you take an 8,000KSH COVID test? Everyone is hurting and they just want to take advantage of people's desperation to leave?
​
Getting tested to leave a country and then having to self isolate on arrival! This is really fucked up.

I am tired of this money-grabbing continent. The outward ticket that I 'had' to buy to board the Abidjan - Addis - Nairobi flight, which was of course cancelled, is another source of frustration.

I applied through the proper channels and Ethiopian said they would 'only' offer a voucher. I would have accepted that had they honoured their own policy. But after 3 days they did not get back to me. Even after 3 months, I have heard nothing. Messages to the email addresses given on their own website were not returned. So Ethiopian Airlines, I have applied for a cash refund through Mastercard.

I am 60miles from Nairobi. There are no buses. Paperwork would be issued so that I could travel and a copy for the taxi driver so he could return home. Taxi fare, 6,000KSH.

But does the fact that they are not resuming international flights actually matter? Where can I go to? Most European countries have barely opened up to neighbouring countries, never mind for international flights. June 15 seems the starting date. And by July 1, many more are scheduled to reopen.

​So with the current extension running until July 5, it's kinda ok. It will give time for things to settle down and hotels to reopen.

Many states in the USA are opening and the number of cases are going up again. Well, what did they expect? The virus did not just disappear overnight. Cases have spiked cos people have been locked down for so long, they are tired of it and are not observing social distancing. Also, there are too many that do not take it seriously.

Here, people are in a much more precarious situation than where most of my readers are but they miss going to the clubs over not being able to eat properly.

​The guy here, the 'always hungry one', he is not worried about his belly being empty. He talks of being able to go clubbing in Nairobi and picking up a girl.
​I'm tired of my life being on hold. I am doing my best to keep myself busy. But my back is playing up because I am too inactive. I get cramp. Too much inactivity when I was in Karakol resulted in me going to the hospital and having a cortisone injection. Am not keen to repeat that experience here.

I'd go and get a massage but probably not a good idea as the girls probably service the truckers who are coming through from Uganda. The truckers are still spreading Corona.

And what now? We wait. What else can we do? 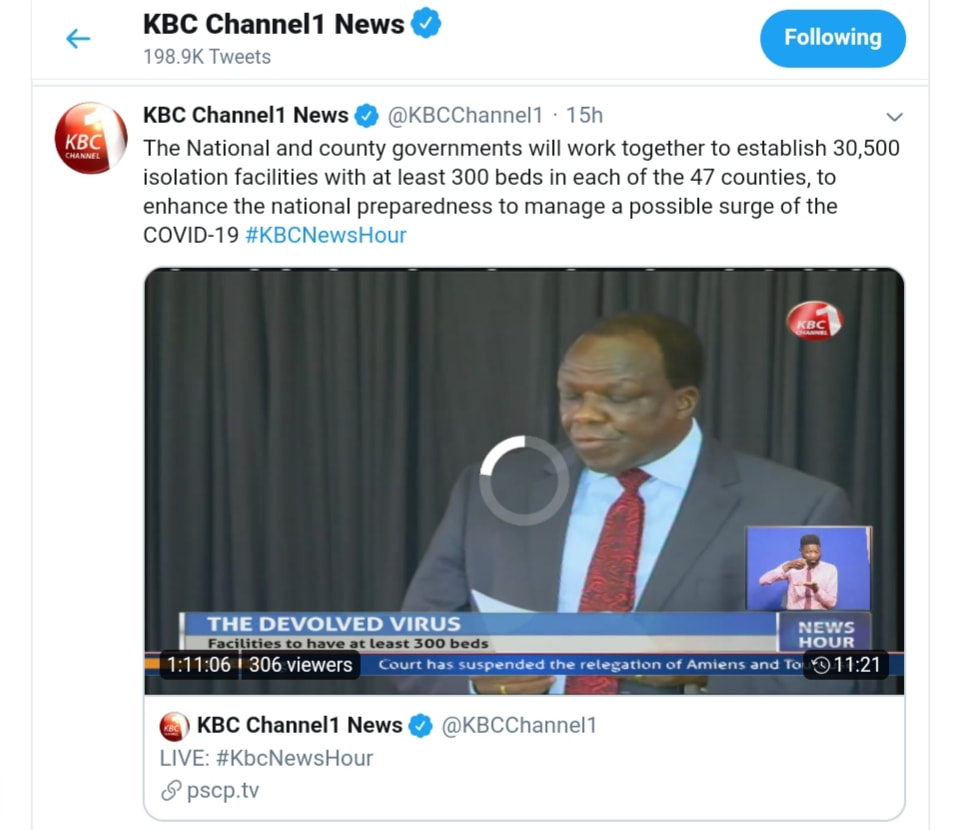 The President said the present set up couldn't cope with a massive rise in cases. So now they are preparing for just that.
​Some days I am doing ok. Some days I am hanging in there. Some days I just think WTF. Today is one of them!

Will life as we remember it actually return to normal? Without a vaccine, probably not.

Planes, trains and buses won't be able to cram in as many passengers as they would like to. Fares will rise. Will backpacker dorms cease to exist? Will travel for a low budget backpacker actually be affordable?

As this whole shit drags on, the frustration rises. Other countries have gotten their acts together. Africa is back in the dark ages. It was doing ok. They were containing the spread but now, cases are still rising. In Tanzania they have declared there are no more cases. Really? Tunisia is reopening on June 27. What will happen here in Kenya?

They locked down the airport, closed the schools and put in measures very early on. But the border to Tanzania was left open way too long. And now Kenya is paying the price. The truckers are bringing Corona in and taking it out. Way back when, when AIDS was rampant here, they found that the truckers were a big source of spreading infection. They identified them as being high risk back then and yet for some unknown reason failed to act soon enough in this latest pandemic. If you are gonna lockdown you need to lock down, not some half-arsed attempt.
I found out today that some French guys are getting out on Qatar, no COVID test required, 1500$ Nairobi -  Paris. How come I can't find out about this flight?
​
The High Commissioner said that they concentrated on the UK flights and 'we don't have the capacity to become a travel agency' and I should sign up for RETURN TO UK on the UK gov site, which I did. Of course, they can only update me on UK flights.

I also asked via Twitter, the EU guy here in Kenya about the Qatar flight:
"Please stay in contact with your national embassy who should be able to advise you. There are a large number of flight possibilities at moment and we are not currently planning further repatriation operations organised directly by EU as the offer is currently quite abundant.

Where are these 'large number of flights' going or even listed? As JKIA (Nairobi airport) is actually closed, all flights operating just now must be EVAC flights and do not warrant the reply of 'we're not a travel agency'.

I have really had enough.