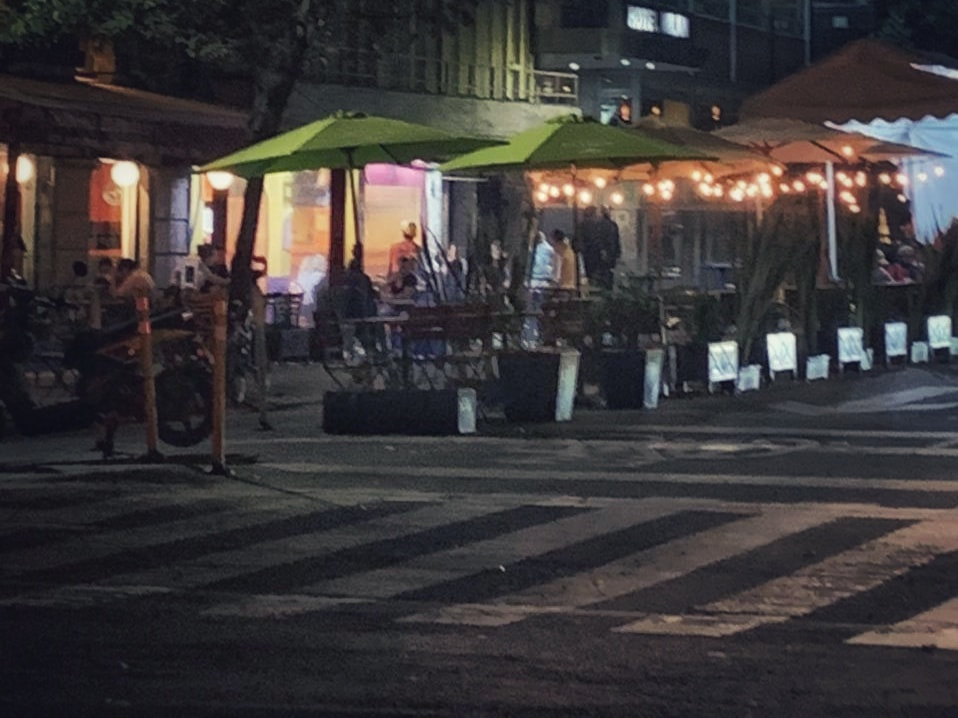 CDMX is back on orange, down from red since before Christmas.

I am staying in CDMX for about 3 weeks now, with my Mexican girl and a few nights ago, she wanted to meet up with a friend to catch up on some gossip. Of course, I tagged along.

​I hadn't been out for a beer since mid-December. Since then we, along with most people, opt for drinking at home. So to be going out was quite a novelty.

The restrictions in CDMX vary according to what district you are in. In Roma, the nicest part of downtown Mexico City, restaurants are open but it is outside dining only. Tables are set up on the sidewalk (en pavement) and pavement (en road).

There is a ban on alcohol sales from the stores, Friday through Sunday, every second week. In other parts of the city, it is every week. Of course, we all know that banning sales of alcohol just makes people stock up on a Thursday.

The whole world is quick to scream at Boris for his crazy plans but banning alcohol every 2nd week, what the hell is the meaning of that?

So the friend arrived, we meet her on the street below. No hugging, no kisses. Just a simple ‘hi’. We cross the main drag.

The procedure for just sitting down at an outside table involves a dose of hand sanitiser, and a temperature check.

We are shown our table. On the edge of the table, they have a QR bar code, which the girls scan. This is the menu.

We order 3 beers at 2$ a pop and are informed that we need to order food to go with the beers. Luckily we are not in the US where even a plate of chicken wings is not considered food enough and we can just order a small side dish.

As we chat, an endless stream of sellers stop to run their sales pitch and we are asked for money too. This has increased 10 fold due to the pandemic.

After 2 beers I leave the girls to it and returned home. At 9.45 pm my girl returned home, saying that the place was closing. Other establishments remain open a little later, more so on the weekend.

This is the reality of life in Mexico City in the first week of March 2021.

Museums remain shut, Teotihuacan has reopened, stores have strict controls just like the bar we went to.

The metro is back up and running after a fire took out the control centre for lines 1-9 back in January and though not as busy as it used to be, pre covid, it is very much a free for all.

Life is pretty normal. The streets are busy but not like before. There is still a fear that keeps people at home when they don't have to be out.

And people don't get any help from the government so places stay open. Living with Covid-19!
​
​​Tagged in: Mexico