September 6, 2021 | Tagged: Top 3 Favourite Countries
Interesting story of Willem-A. Hameeuw who started seeing the world at the age of just 5. Check out his top 3 favourite destinations (yup, a slight variation on the theme, but that's OK): 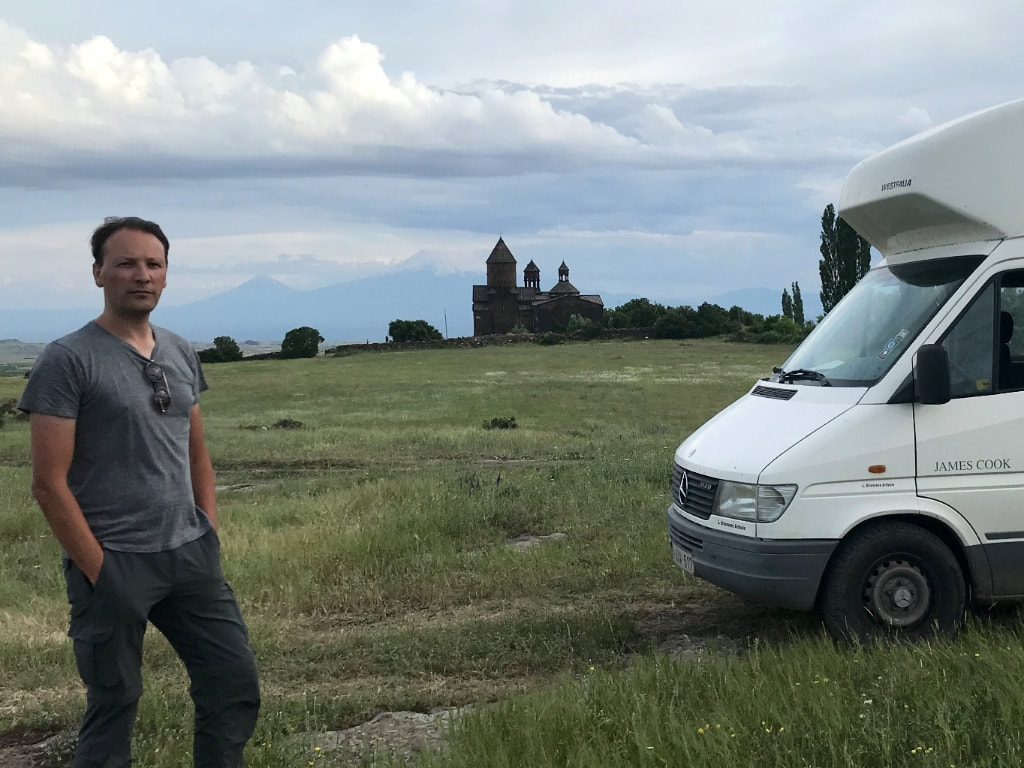 ​Willem-A. Hameeuw – 47 years, director, editor and project manager in the broadcast industry, was 5 when his parents took him on an overland trip with their bus and 16 passengers from Belgium to Benares in India.

​‘I still have vivid images and sounds in my head when I think about the lush gardens in Herat (Afghanistan), the sneaky monkeys in Agra (India) and the giant oil tankers slowly passing by in the street of Hormuz (Iran).’, he says. In the many years that followed the family continued their overland summer journeys.

Willem-A.: ‘Me and my 2 brothers, we saw the world changed in the back of the camper van, from green Europe to the Anatolian plateau and the sweltering deserts of North Africa and the Middle East. We didn’t just go to Tamanrasset, the North Cape, Cairo, Teheran, Kabul or Beirut.. we drove. Every summer for many thousands of kilometres.’

Later he got married and is now travelling with his own family. Sometimes by plane but most of the time behind the steering wheel of the camper. Heading East. The country count so far: 68.

​We visited Iraq in 1990. It was the first year that the country was issuing tourist visas again after the bloody Iran-Iraq war in the 1980s’.

We expected to see a country with scars. But that wasn’t the case at all. Traffic literally stopped when we drove by with the camper van and people did pull us over to ask us a dozen of questions about almost every topic. At that time, Iraqis didn’t understand the concept of ‘tourists’, probably because there weren’t any for almost a decade. We were invited all the time for tea, lunch or supper. Or to just sit in the shadow of their gardens with ice water.

Everyone that has travelled in the Middle East will confirm the hospitality, but Iraq was a league of its own at that time. So was the infrastructure. Roads, schools and hospitals; it was all well organized and built. Quite a contrast with the neighbouring countries. I often think about the many people we met and had laughs with.

The country must have changed dramatically after 2 Gulf Wars and a decade of terror. But I know that one day we will drive again to Mosul, Baghdad and the Kurdish mountain villages in the North-East. Not only to see and feel the difference but to enjoy again the open-minded Iraqis with their family stories and hot tea.

For those who are into ancient history, Iraq is a fantastic country to walk along with the magnificent reliefs of the Assyrians, Akkadians and Sumerians in the first known cities of humanity.

​And to be impressed by the remains of the Babylonians in Babylon, the Ziggurat of Ur near the Persian Gulf and the many architectural pearls of the Abbasid Caliphate. It is, for those who have travelled extensively to see archaeological hotspots, the place to visit. 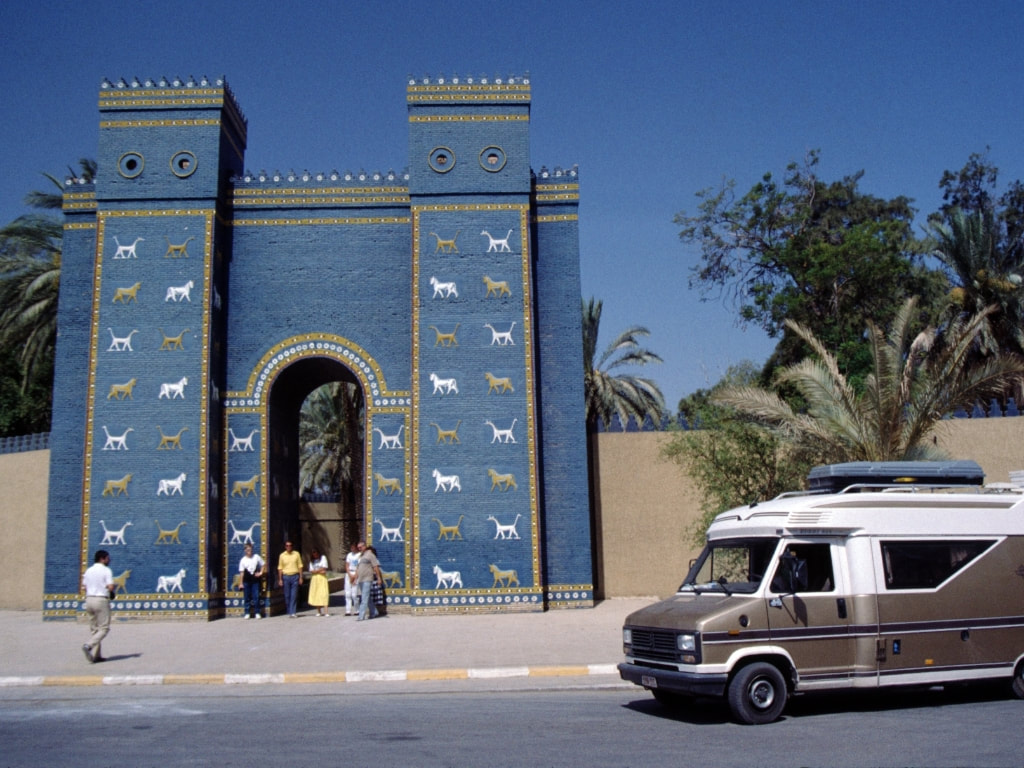 ​My wife always talked about going to the mountains. But she was thinking about the Alps in Austria or Italy. I was thinking a little bigger and so I convinced her and our son to go more east, to the Himalaya’s in Ladakh, India. A region that is so different from the rest of the country: it's not sweltering hot, it is not overcrowded and it doesn't even feel like India. Ladakh has serene tranquillity that takes you over without a hitch as you visit impressive Buddhist monasteries and drive over 5.500m high passes. It reminded me all the time at Tibet in the 80s’. But smaller, sweeter and perhaps more authentic at this point.

​Ladakh is well visited by young adventurous Indians who drive their Enfield motorcycles from Madras or Mumbai up the legendary Manali-Leh road through the Himalayas. Their enthusiasm is infectious and they are always into conversations and laughs. So are the Ladakhi themselves. They have very little stress and have a peace that we have lost a long time ago.

Ladakh is all about mountains, monasteries, monks and stupas. There are many of all four. Believe me. You will need time to absorb it all. Try to organize your trip (check the different dates) so you can participate in one of the impressive festivals at Hemis, Thatok or Diskit and the many ones in the Zanskar valley.

Travelling in Ladakh takes time. The Mountain roads are difficult and often quite bad and can close due to the weather. But the views and panoramic scenery you get back are priceless. They are in fact the reason why you visit Ladakh in the first place. 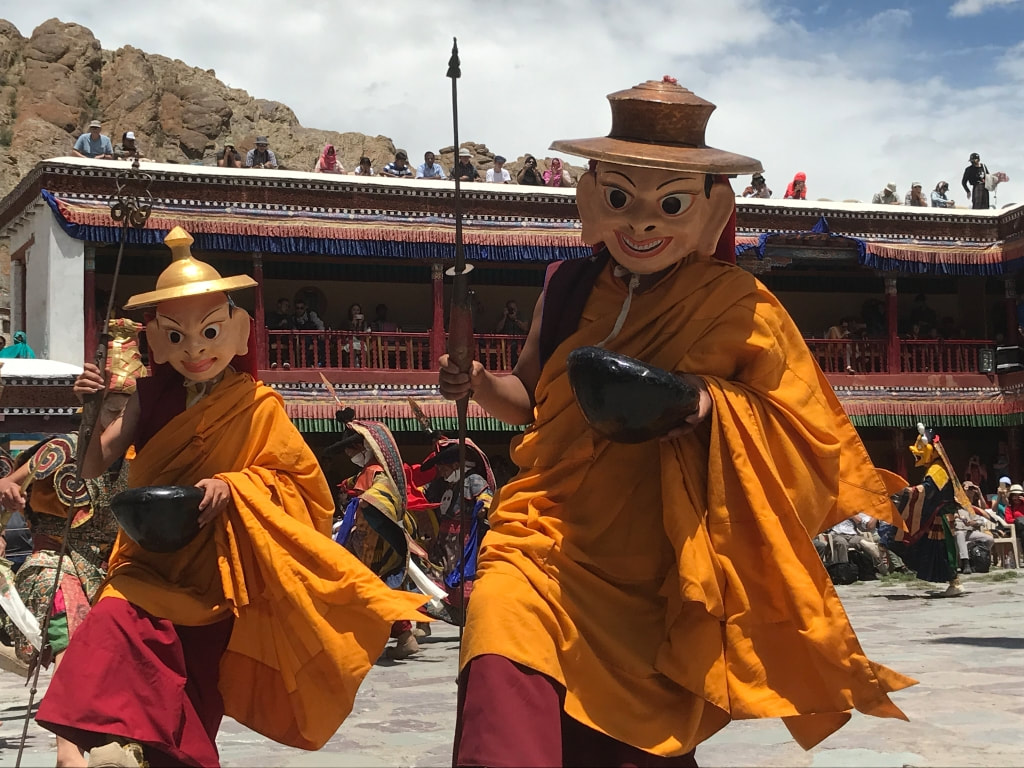 ​A trip that should definitely be in your top 3 is not a destination but a journey. Don't see it as a bucket list checkmark but as a journey across a continent from one culture to another.

​Get on the train in Moscow (or even better, get on the train in Paris, London or Berlin and start your trip there) and slowly, very slowly your mindset will change while you cross Siberia and its impressive rivers, count its trillions of birch trees and have Russian Champagne with caviar at breakfast along the shores of Lake Baikal.

Top tip: don't bring too many books because you probably won't open any during this 8-day trip. The train carriages themselves and the many fellow travellers are part of the adventure.

You will meet Mongols who fill up their compartments with chandeliers, electronic scales, children's shoes and masses of bottles of vodka they bought in Moscow and they are trying to sell on every platform along the route, even when the train will only stop for a couple of minutes. You will have conversations in languages ​​you've never heard of and will buy hot lunch/supper from old Russian women on the platforms of Novosibirsk or Ulan Ude at 3 o'clock in the morning.

Get out in Irkutsk to enjoy Lake Baikal and Olkhon Island. Get out again in Ulaanbaatar to let the beautiful emptiness of Mongolia burn on your retina.

​Try to match your trip with the Naadam festival (July 11 to 13) to see the Mongolians at their very best (horse racing, archery and wrestling). And then drive into the endless steppe, go to the ancient capital Karakoram and get lost in the Gobi desert.

Take your time in Mongolia before you get back on the Trans-Mongolian-Railway towards Bejing. And there at the end of 7.600 km of train tracks, you will probably get through China for some weeks. And you should. But years later you will remember with gratitude to have seen and enjoyed the incredible expanse of Siberia and Mongolia. 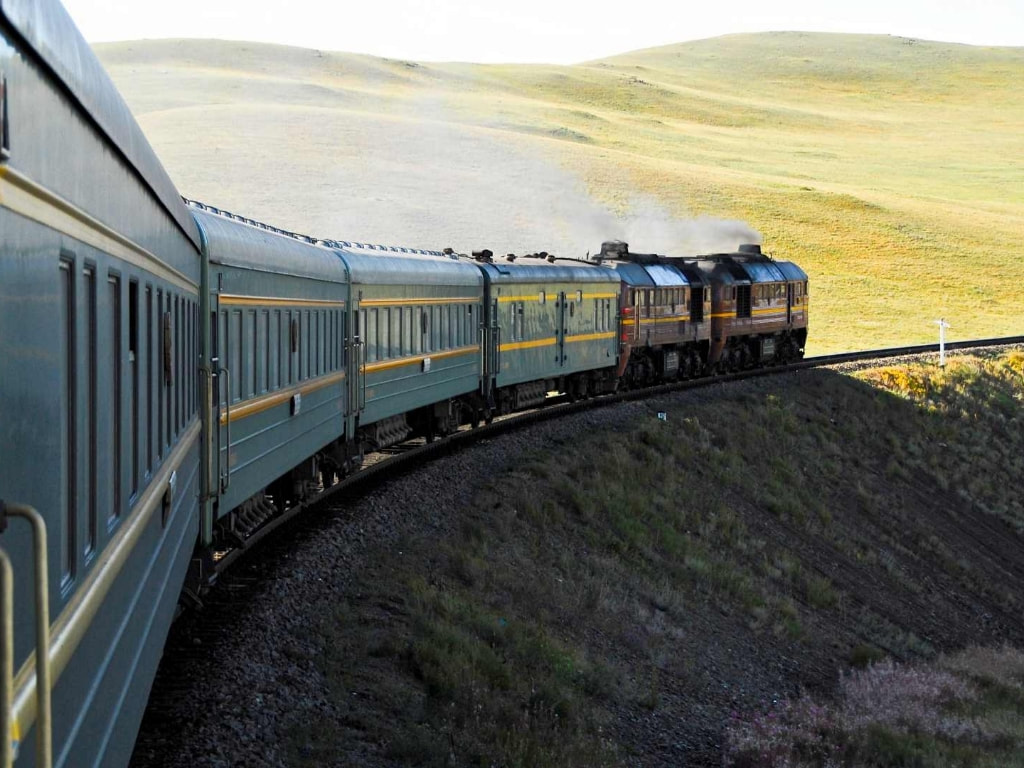