Top 3 Favourite Countries: Graham Askey of Inside Other Places

September 7, 2021 | Tagged: Top 3 Favourite Countries
Introducing Graham Askey, British traveller who explores places where most fear to tread. Graham Askey is more into the people than the sights of anyone I know. Be inspired.

Graham is now a published author. Toilets of the Wild Frontier which is available on Eleusinian Press. 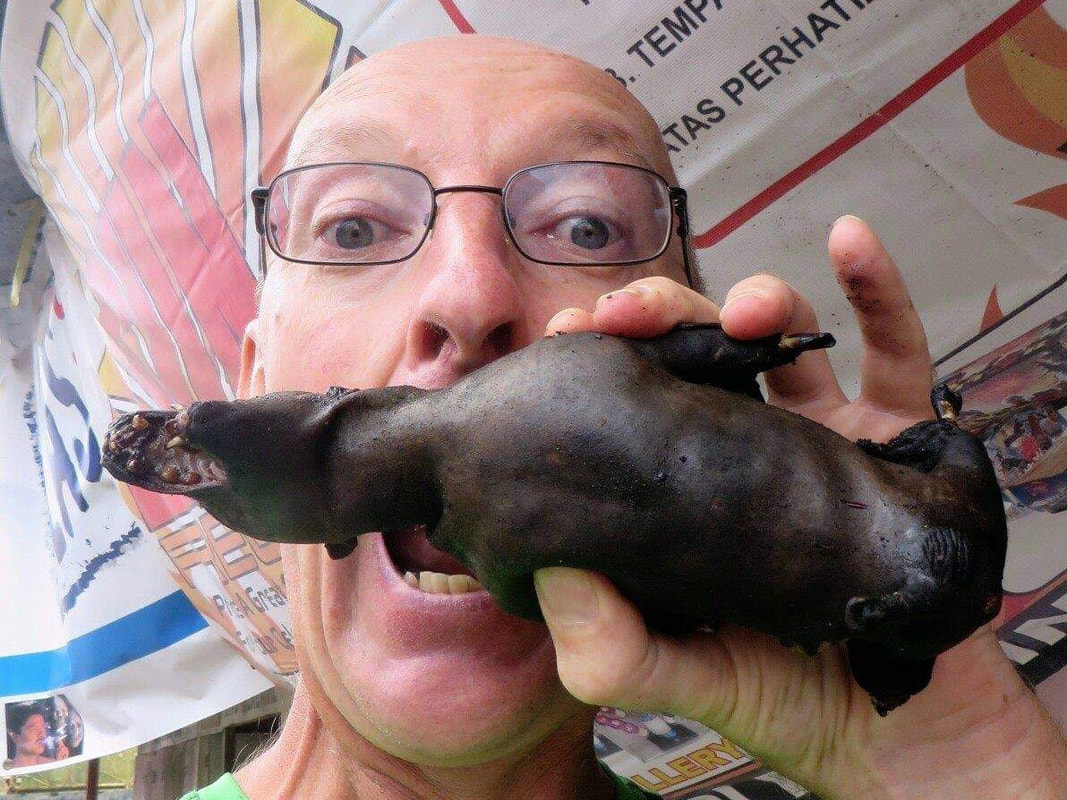 ​I am a former builder from Brighton, England, who after having travelled on and off in my life, decided that there had to be something better than work. So, in 2013 I rented out my house to fund a life of travel and have remained relatively nomadic ever since.

Although I have been to nearly a hundred countries and no doubt will see plenty more, the obsession with crossing names off the country counting list holds no appeal. There are places I keep coming back to, having built up genuine friendships, which has allowed me to gain far greater insight into their culture than short stays ever could.

For example, I've been living with African friends in the Ivory Coast for the last five months, having spent the previous six months living in Egypt. Covid has obviously restricted travel but provided me with an opportunity of leading an everyday life in different cultures, instead of being constantly on the move or stuck at home.

My blog, Insideotherplaces is more about providing insight into the culture of places I've been, rather than the more usual travel blogging subjects. Hopefully I manage to provide a bit of entertainment at times in my writing, although I have recently started doing more political work relating to international affairs while the travel possibilities remain limited.

After flying into the capital Dhaka in the calm of the early hours I woke to the sound of a perpetual roar: the white noise of the city and its glorious riot of dysfunction. Sermons screeching through antique speakers clashed with car horns and sales pitches, with the whack and clang of policemens' huge batons against the dented sides of buses, in futile attempts to direct the disobedient traffic. Adding in the washes of odours, from the enticing to the repulsive and a myriad of sights confirming this was a culture like nothing at home, could only make me laugh at the sheer lunacy of it all. Of course living there would be an absolute hell, but the intensity of sensory overload is something to be relished as a traveller.

What raised the country to the number one spot however, was the friendliness of the people. Everywhere I went I would get invites to stop and drink tea, truly amazing hospitality, no matter what their financial standing; the poor and the wealthy would invite me in. 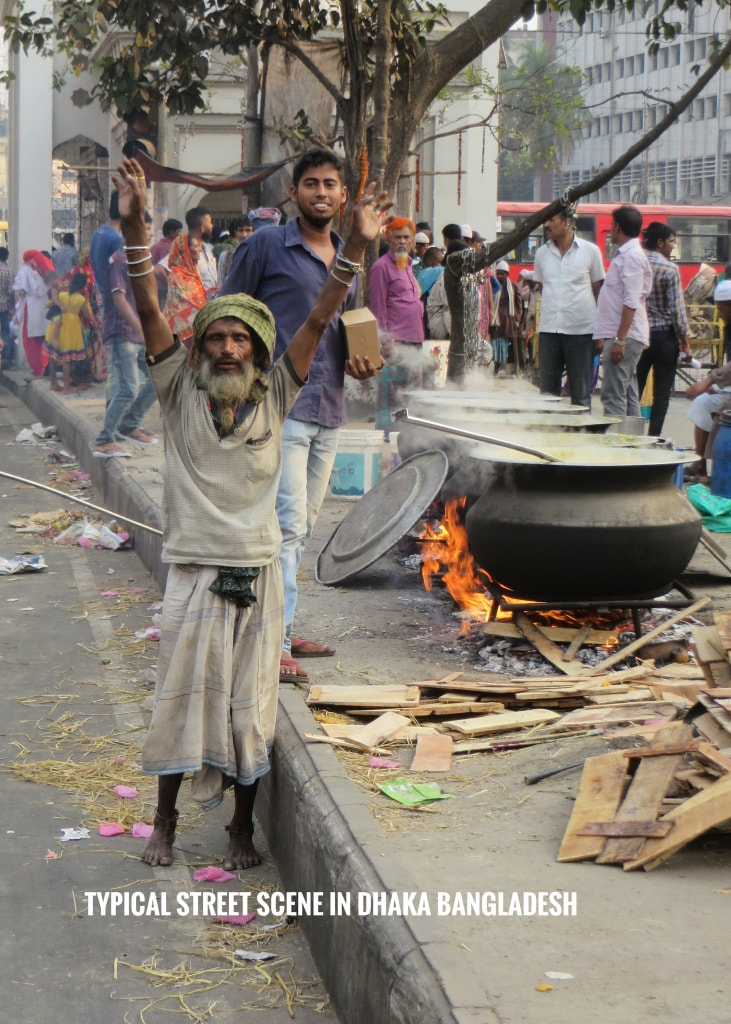 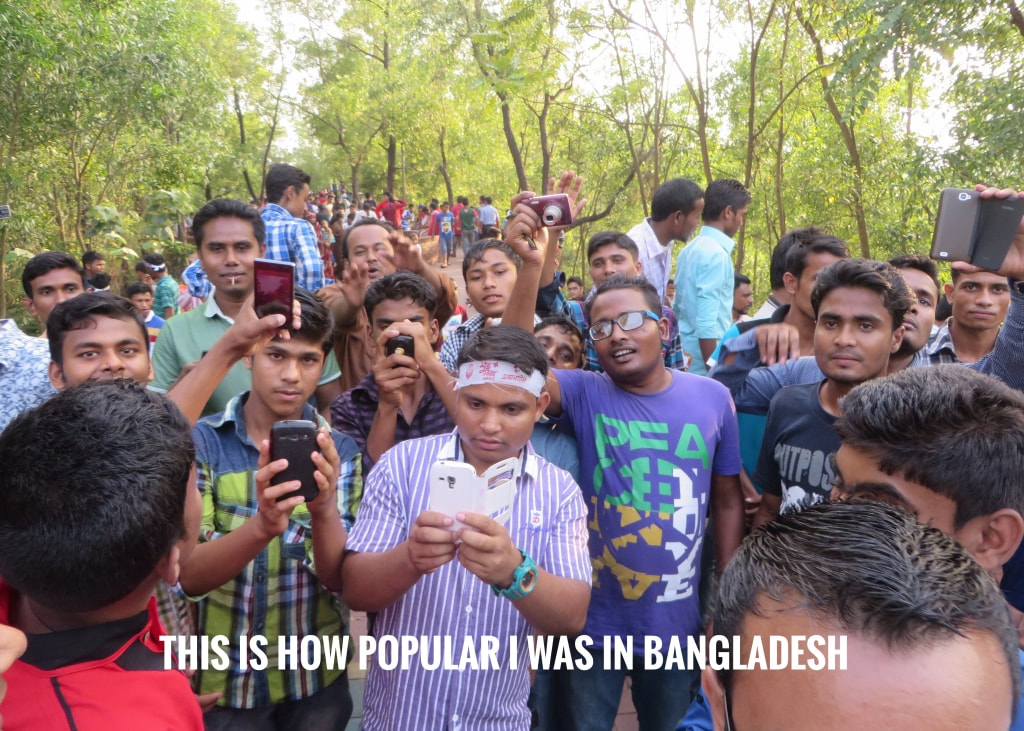 Traditions of hospitality in Africa are expressed in different, but no less welcoming forms than elsewhere. Burkina Faso combines its own culture of hospitality, typical of the region, with Islam's own complimentary obligations to guests. I feel at home in West Africa because I've been made to feel part of the family when staying with the friends I've made. I've never been so humbled by hospitality as I have here, from people who have almost nothing to share but wouldn't hesitate to invite you in.

​It can be hard to understand as a westerner, that you can offend your hosts by offering to contribute, so you have to find more discrete ways of helping out. On one occasion I asked if there was anything I could get from the market while I was out and was met with confused faces, wondering why on earth a guest would ever have to provide anything!

The traditional moderate form of Islam that welcomes inter-faith marriage and few public restrictions on the role of women, has unfortunately been affected by the disastrous western intervention in Libya, importing extremists who have destabilized much of the country in recent years. The country faces an uncertain future but this does nothing to diminish my love for its wonderful people. 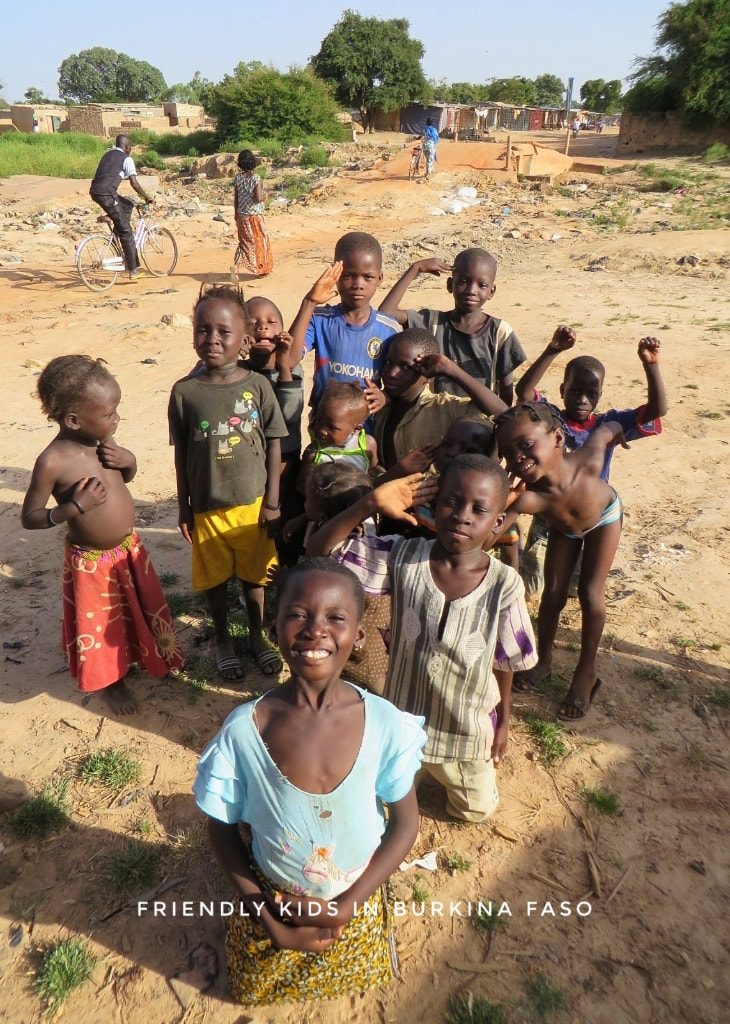 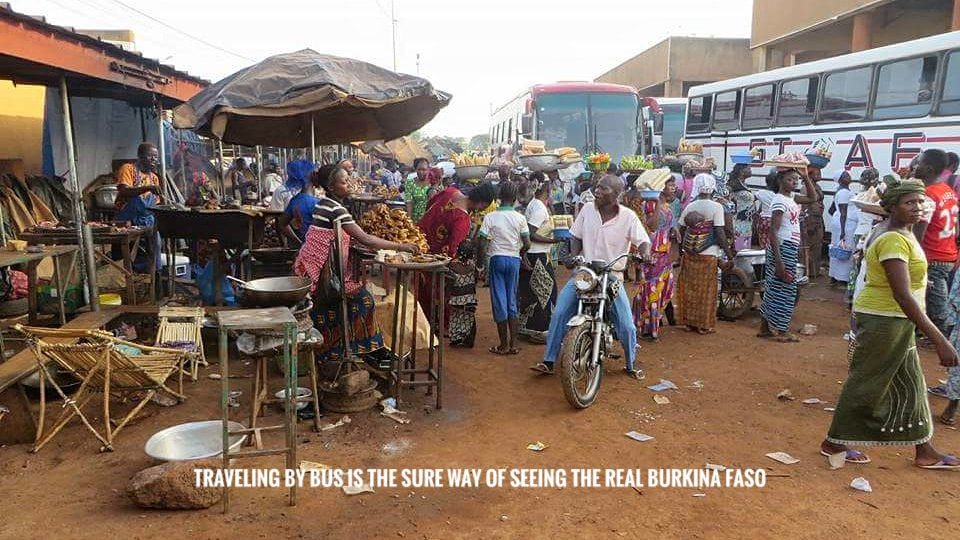 The tourist appeal of Egypt hardly needs explaining, but for me its ancient sites offer something more profound. There's a certain continuity to them: almost all of the sites exist in or close to towns and cities that have been continually inhabited since their construction. They've been a backdrop to people's lives long after they ceased having a meaningful function. Some indefinable grandeur of immense age creates it's own particular sensation. To think that for a Roman centurion standing at the pyramids, they would be even older than he would be to us! Despite this almost incomprehensible separation of time, there are still glimpses from that distant past today: the centrality of bread to people's lives, displayed on the tomb walls of pharaohs, is echoed in the eager morning queues at bakers, and the liturgical language of Coptic Christian services is the direct descendant of their hieroglyphic ancestors.

But like the other countries, Egypt wouldn't be on this list without its people. I have made friends here that are very dear to me, who have wholeheartedly welcomed me into their culture, families and lives. It's easy to be deterred by the hassles generated by tourism but in back streets and lesser known towns I have received a welcome worthy of anywhere in the world. 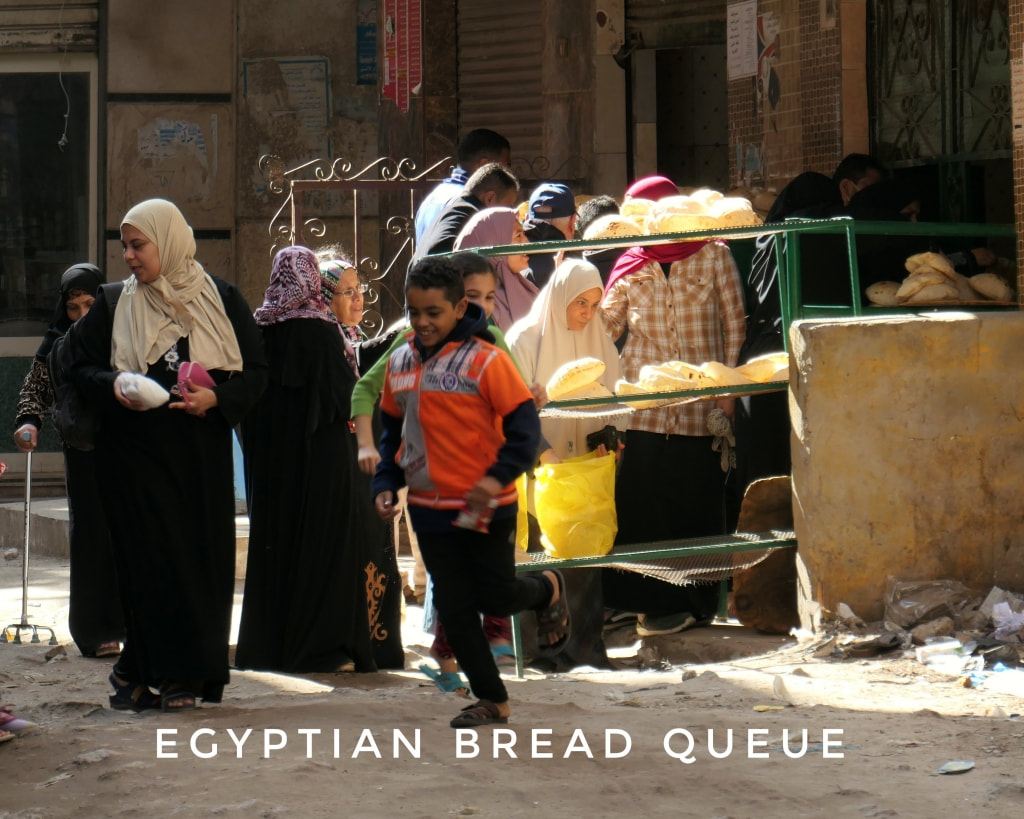 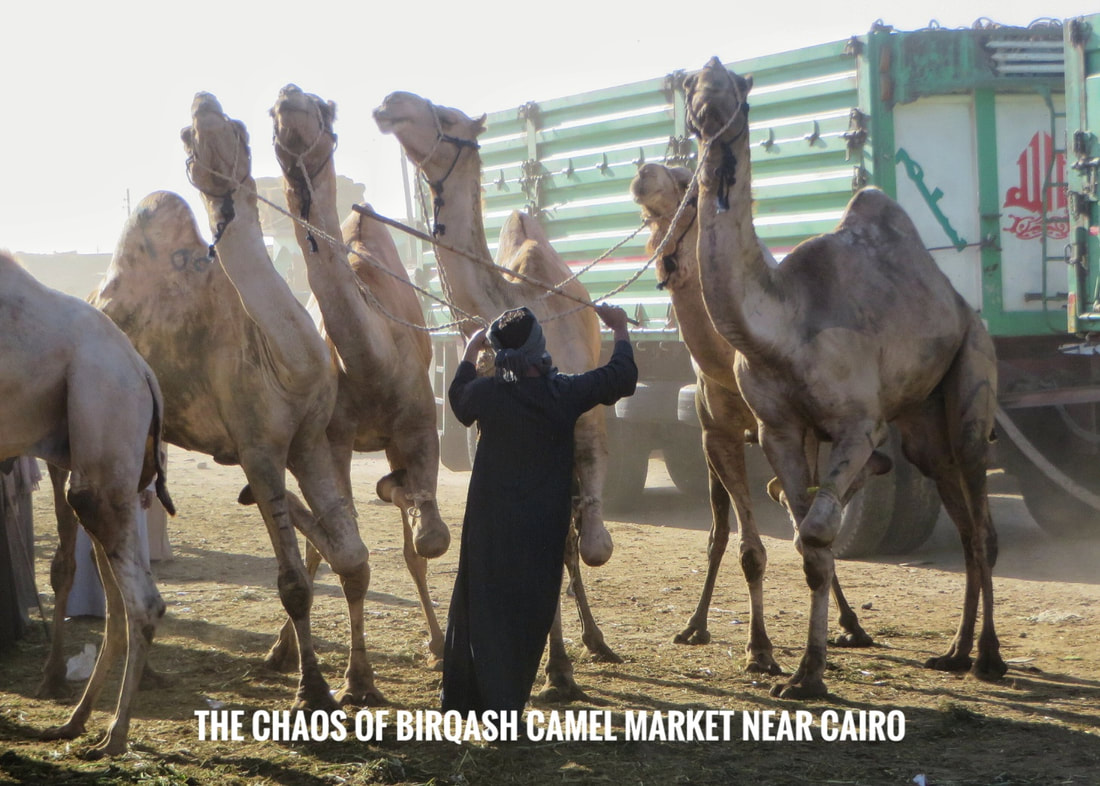