Phil's story is notable in that he has travelled to all the 197 countries, that's the 193 member countries, plus 2 UN observer states, plus Taiwan and Kosovo.

I met Phil as we switched trains at the Tallinn Latvia border in 2018 when he was still a few short of his goal. We shared a few beers in Riga that night! 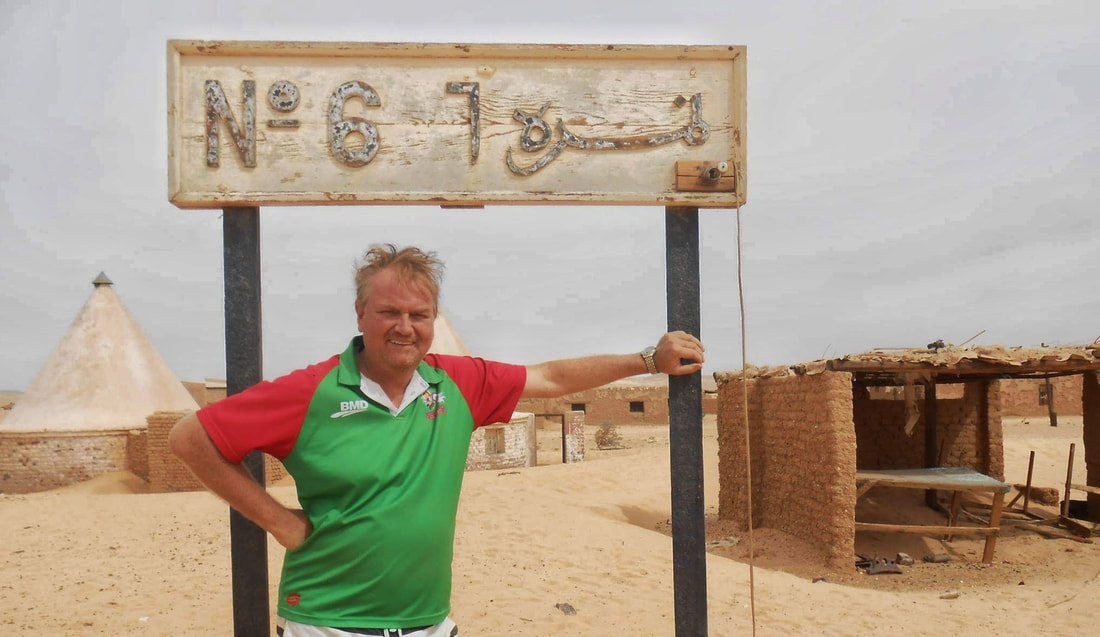 ​My name is Phil Salter, a 58-year-old Aussie living in Sydney, worked in Banking & retired in early 2018 just after turning 55. I also took redundancy in 2010 & spent the proceeds of the redundancy (plus loads more) travelling close to non-stop for 4 years.

In October 2019, I flew to Algiers, Algeria, my 197th & last country, a feat I doubted I would ever achieve, especially while still working!

By taking early retirement, I was able to get to the remaining 13 or so (generally more problematic) countries left on the UN.

Until I was aged 34, my travelling had been confined to just the ‘tourist’ routes of SE Asia, Europe & North America. I will now briefly describe what I call ‘epiphany’ moments with travel that ultimately led me to see the whole planet!

Firstly, in 1997, I get invited by friends to do a safari in Africa, at that time, way outside my comfort zone! Of course, I loved it & got a lot more confidence to visit the ‘less travelled path’!

The 2nd epiphany was in 2006 when doing a tour to Russia followed by the Football World Cup in Germany! To get to Germany, we decided to travel through the Baltic countries which I pictured as being boring, bleak & old Soviet-like, but just necessary to get to Germany! Once again Estonia, Latvia & Lithuania proved to be real eye-openers, still amongst my favourite places today & also proof that each country on earth is special!

A footnote here before I touch on my favourite 3, I can give at least some positive feedback on 195 of the 197 countries visited, the only 2 I can’t are DR Congo & Haiti (mainly due to being abducted & robbed in DRC & arriving too soon after the earthquake in Haiti).

​I will get back to these 2 countries one day, travel them differently & I am ultra certain that I will then be able to give positive (if not glowing) feedback!

​I consider myself one of the really lucky people to have visited Afghanistan while it was safe to do so! Wow, what a place, got rid of all my stereotypes & misconceptions by my 2-week visit in late 2018.

Firstly, the people, considering what most have been through, were right up there with the nicest & most welcoming I have met!

Our tour was superb, the 2 leaders were great blokes & couldn’t do enough for you, everything was organised for our safety & indeed our pleasure! Next, the food was delicious & plenty of it as well, admittedly it was a carnivore's delight but that suited me well!

A highlight was our early morning walks down the streets of Kabul & taking in the smells of the freshly baked bread coming from the thousands of Tandoors in bakeries lining every street!

Lastly, the scenery, incredible snow-capped mountains all around, the beautiful lakes around Band-e-Amir near Bamyan & the intricate detail & beauty of the many large mosques around the country. Also the rich history, a lot of it captured in the surprising number of well-presented museums!
​
All in all, an unforgettable experience, so much better than I could have ever imagined!

​Postscript - Obviously I am very saddened by the events there the last month or so & the fate of my 2 tour leaders & some other friends I met over there! Can only hope for their continued safety & for Afghanistan to one day recover & then be able to welcome tourists again to their beautiful & somewhat beguiling country! 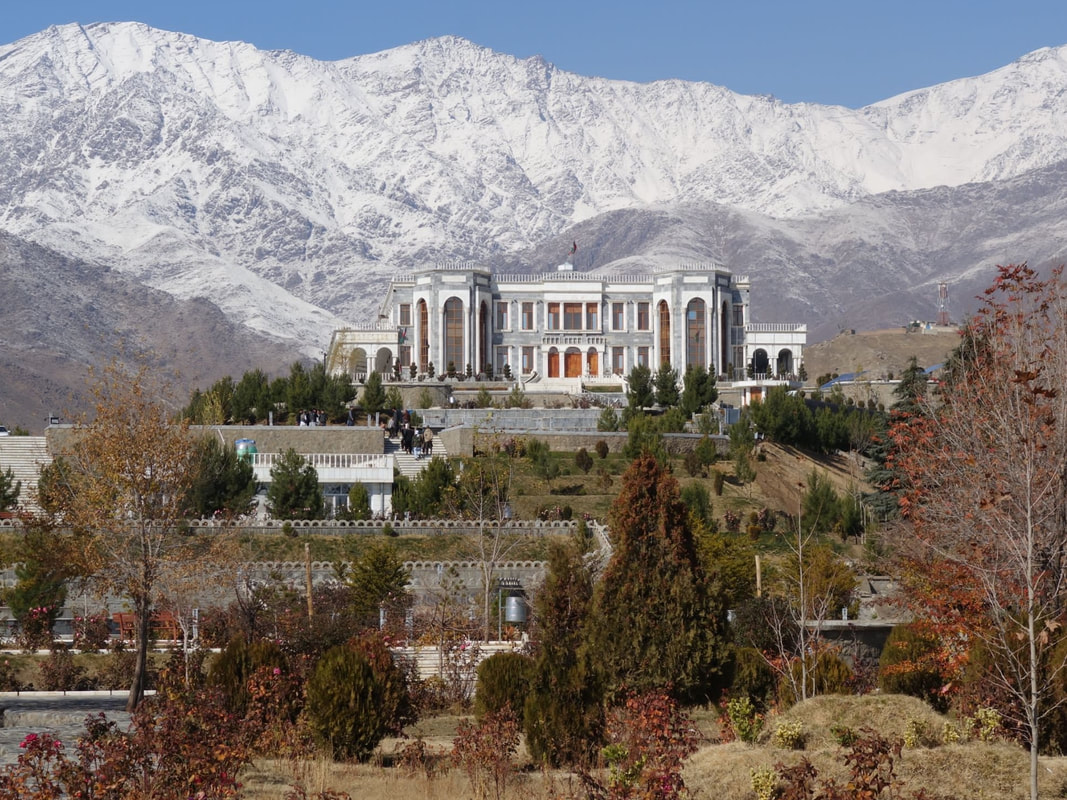 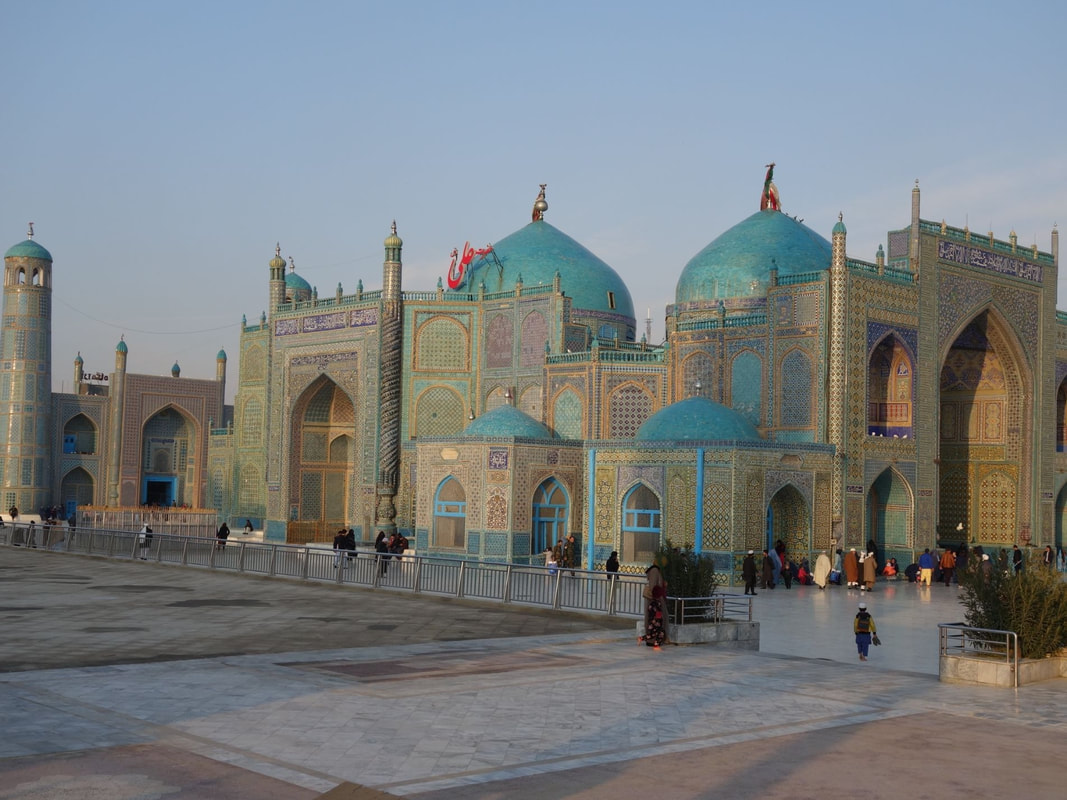 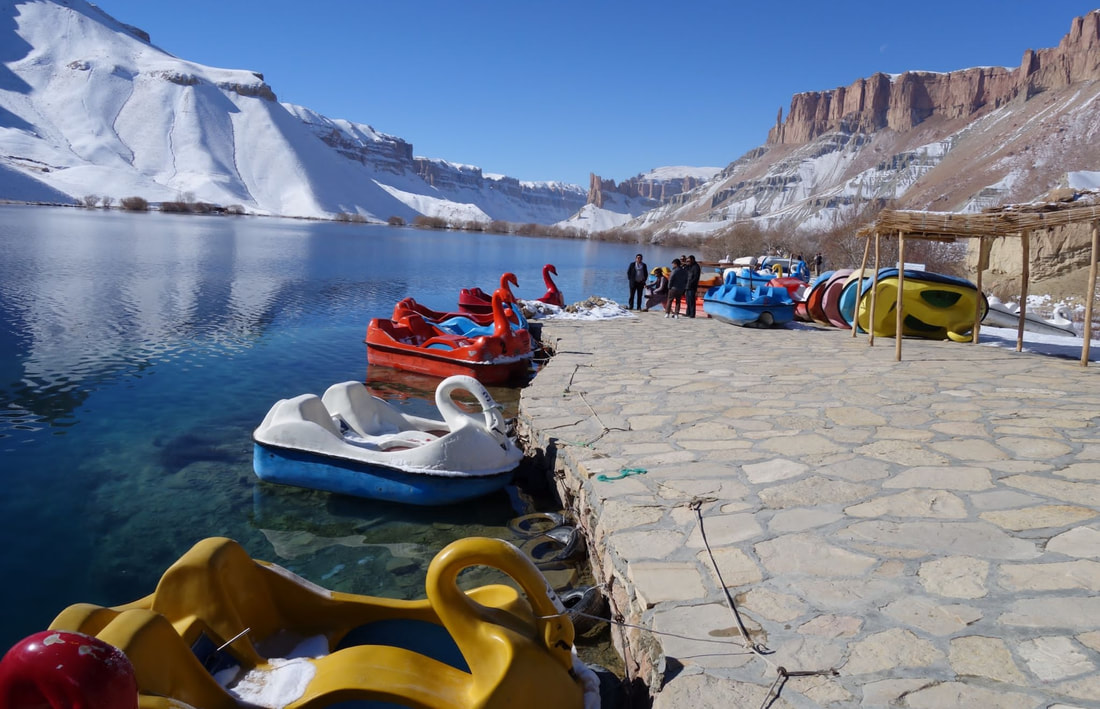 ​In 2011, I had just reached 100 countries & my tour leader in West Africa said to me I should aim to get to every country, especially considering the time you have on your hands at present! I replied ‘I certainly want to get to most countries in the world but there are a number of them such as Chad which have nothing there to see & would be a waste of time & money! Of course, I knew nothing about Chad & put it in stereotypically as an example.

His reply stuck with me that day, just simply saying Chad was a hidden gem that is virtually everyone’s favourite who has been lucky enough to visit! I was therefore delighted to get there finally in 2017 & it did not disappoint!

We did a 4-week tour that encompassed 3 major points of interest, all of which were mind-blowing!

​The first was the Gerewol Festival, unique to Chad & Niger where the men dress up using face paint, feathers etc as bright & colourful as possible & sing & chant 24 hours a day to try & find a female partner!

I have to admit that I am not usually a ‘Festival’ man but this was unique, very authentic & a week that myself & my friends present will always talk about!

We moved on from the Festival to the Ennedi in the Far East of Chad! To me, the Ennedi is easily the most impressive desert landscape I have seen! The desert structures include spectacular bridges, arches, towers, pillars etc that surely match anything Monument Valley in the States has to offer!

​Throw in the incredible Guelta d’Archei (just Google image this one, you won’t be disappointed) & you have a complete package!

Lastly, we made our way north to the Tibesti Mountains, the highlight of which was a massive crater that took a full day hike just to get down to the crater floor & back up again! It was also memorable the drive from the Ennedi to the Tibesti on what must be the worlds toughest roads! Occasionally our Jeep’s would stop in the middle of the desert, the drivers would point us to a viewpoint 100 metres away & we would find ourselves looking over a beautiful lake with palm trees & beaches, so idyllic but so unexpected! 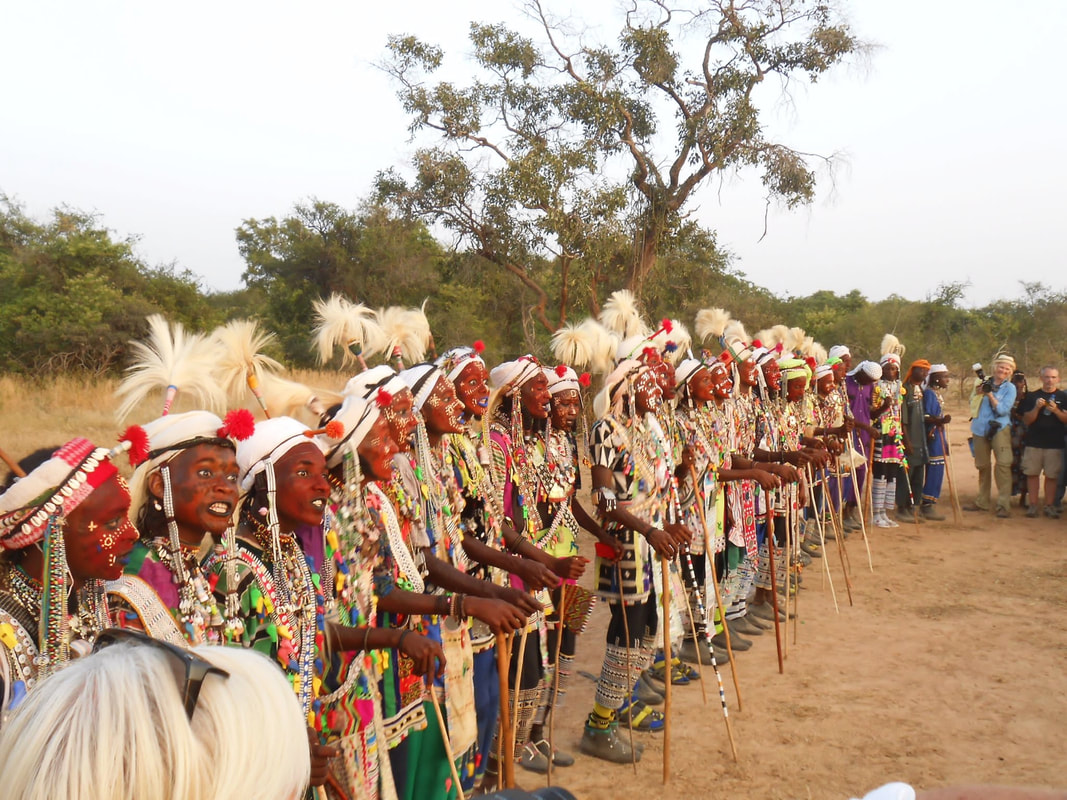 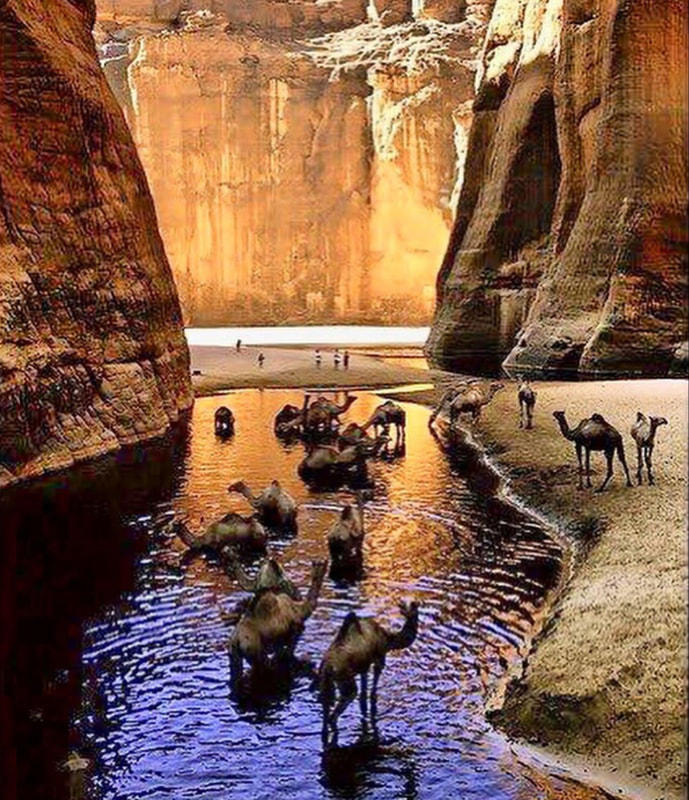 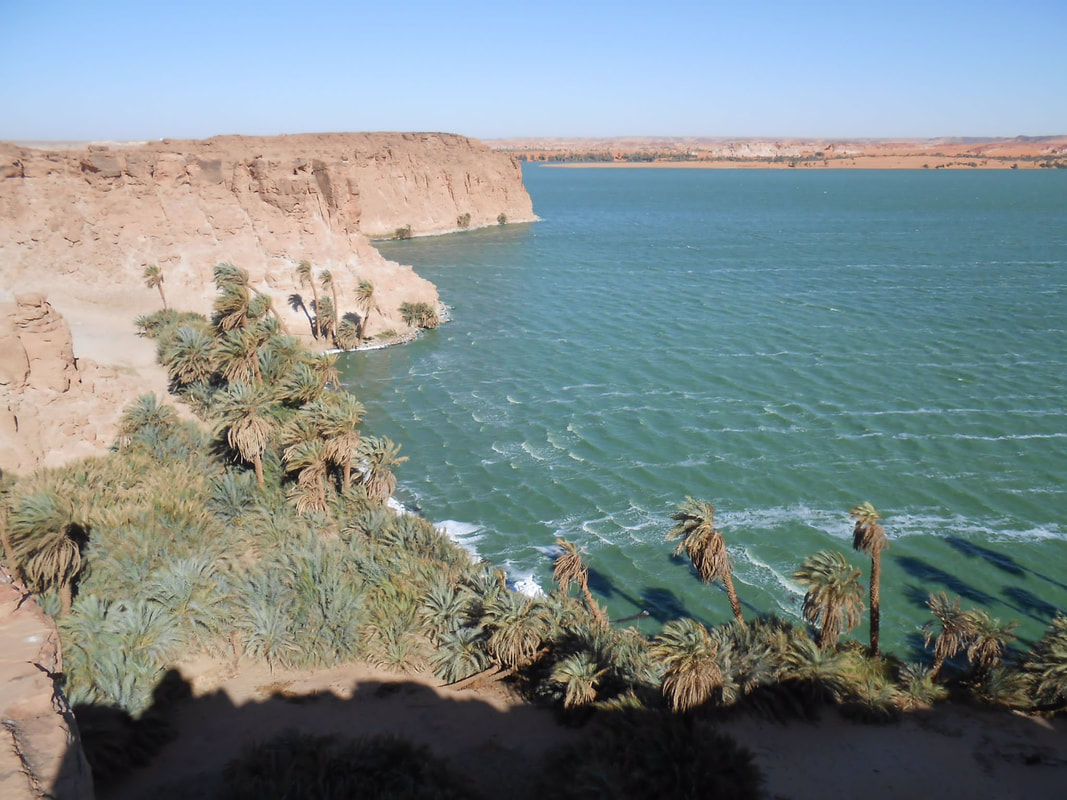 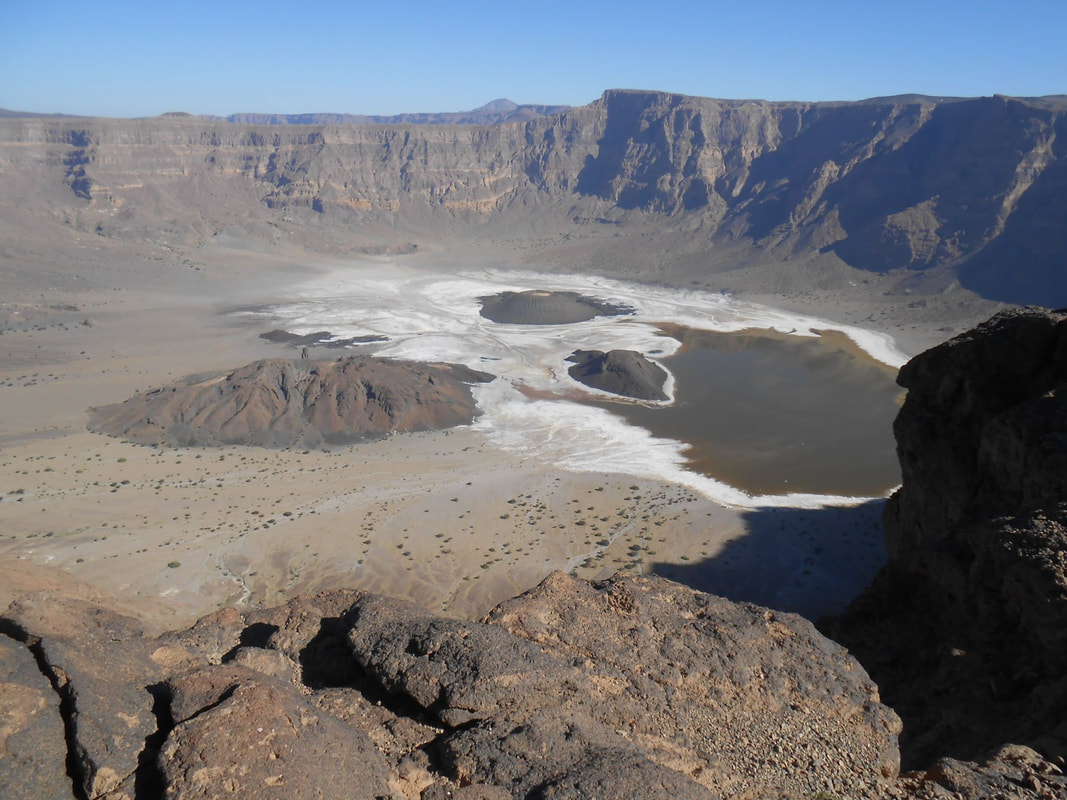 ​In 2008, I organised a tour through Cuba, a country which I had been longing to visit for some time! Almost as an afterthought, because I was in the region I added a Central American trip with about 2 weeks in Guatemala!
Once again, ironically, of course, I ended up enjoying the Central America trip far more than Cuba with Guatemala being a standout!

First stop was in colonial Antigua first stop which kinda set the tone for what was to follow! What a great little town, the town square was superb, architecture great & the party vibe strong, had a very enjoyable few days there! Also got to climb a volcano close by, was incredible, we ended up just a few feet from the lava, could not stand still for more than a few seconds, lest your shoes may start to burn!

The rest of the trip was equally good, in summary seeing the incredible Mayan Ruins of Tikal, the lake & town (with plenty of great lakeside rustic bars, my favourite for sure) at Panajachel with numerous volcanoes at all points across the lake plus nice coastlines on both the Pacific & Atlantic Oceans!
​
Guatemala, what a package, will be back again someday! 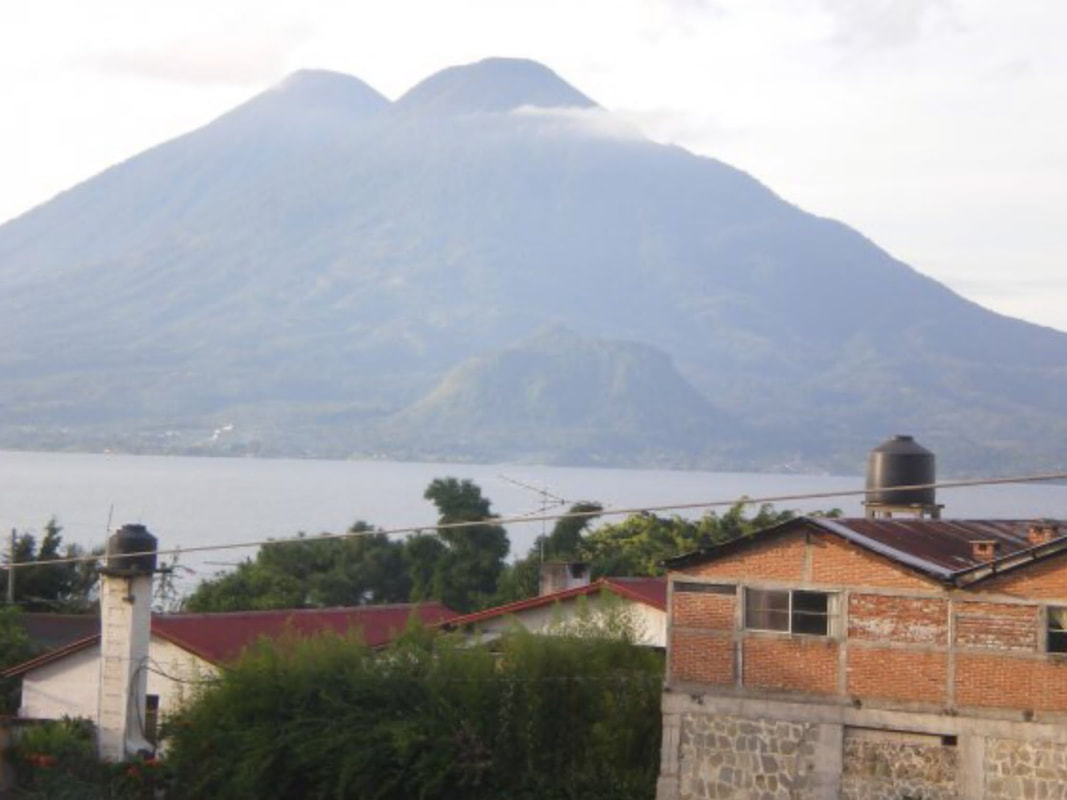 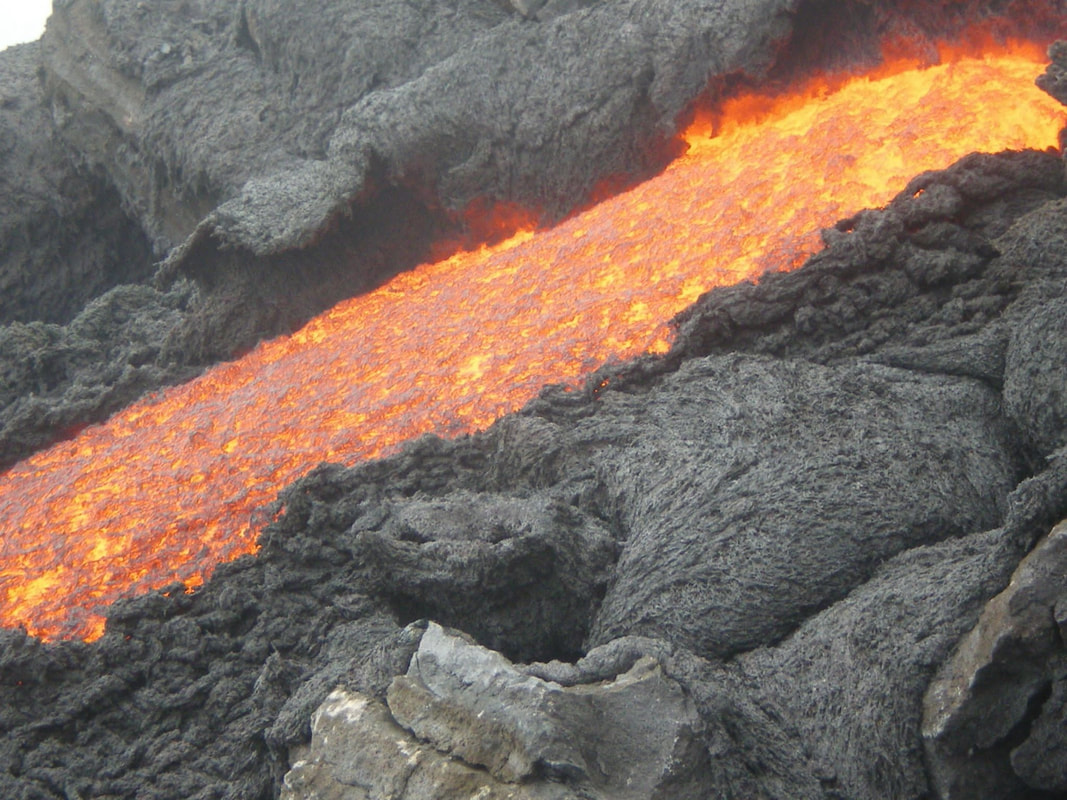