Connect on Twitter
Visiting the ancient Mayan city of Chichén Itzá, 2nd most popular site in Mexico after Teotihuacán and an easy day trip from Mérida, Yucatán 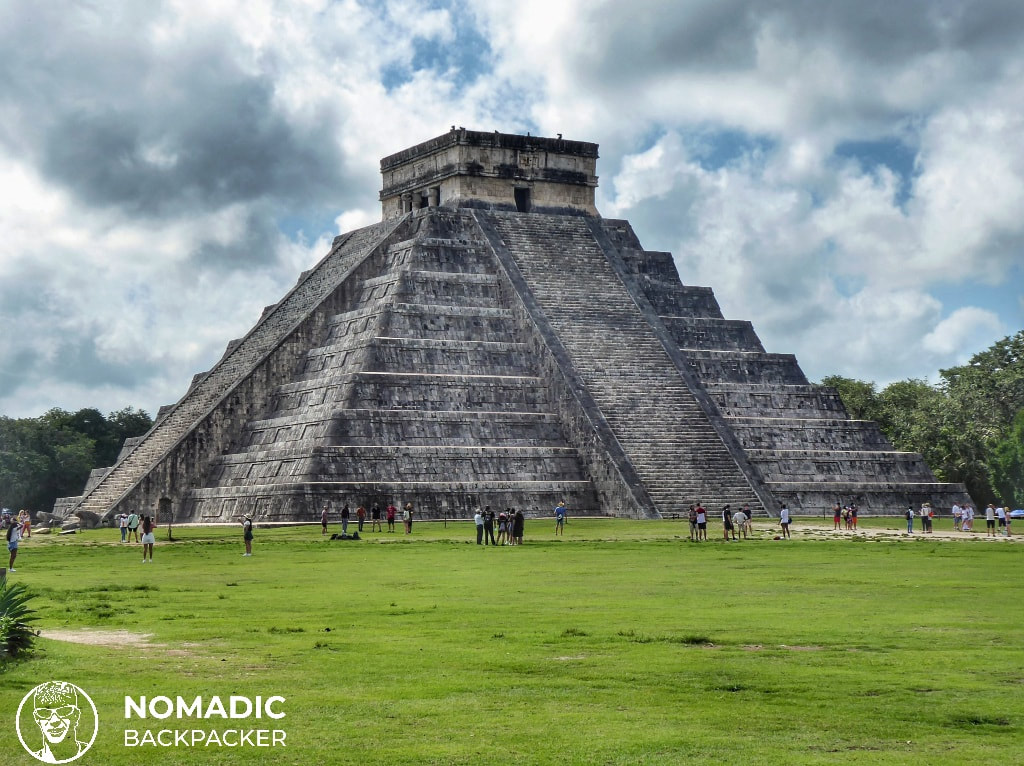 Chichén Itzá finally ticked off from the Mexico Bucket List. 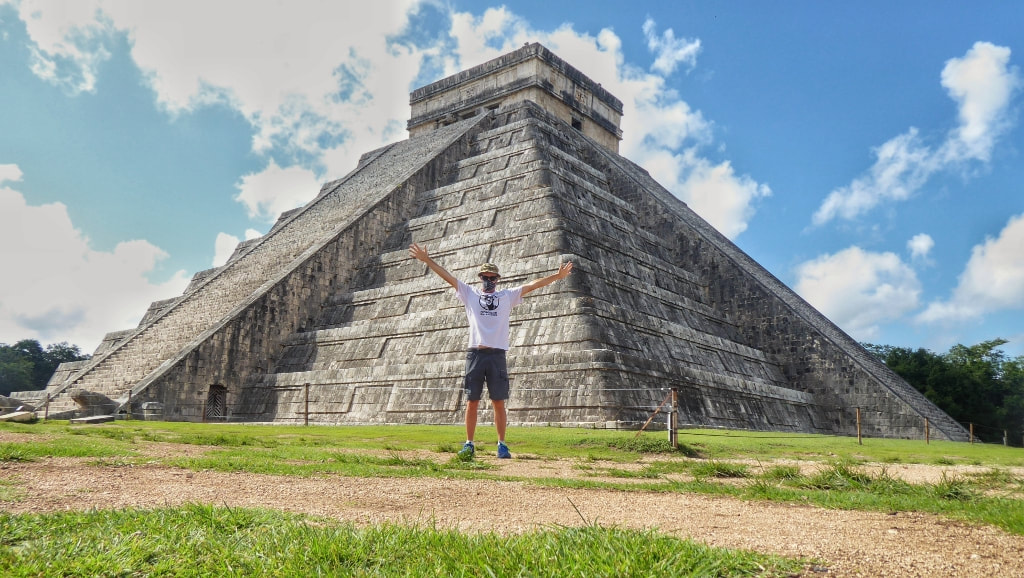 The name Chichén Itzá means 'At the mouth of the well of the Itzá'. 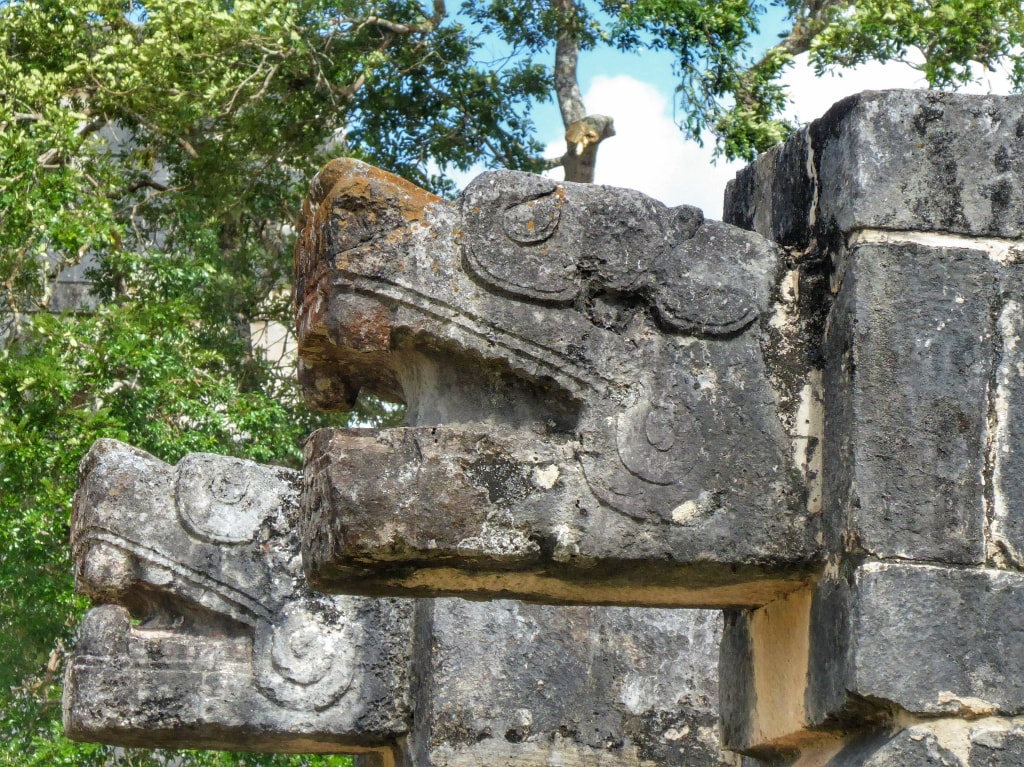 The Temple of Kukulcán (El Castillo) dominates the archaeological site of Chichén Itzá built by the Maya people in 600 A.D. 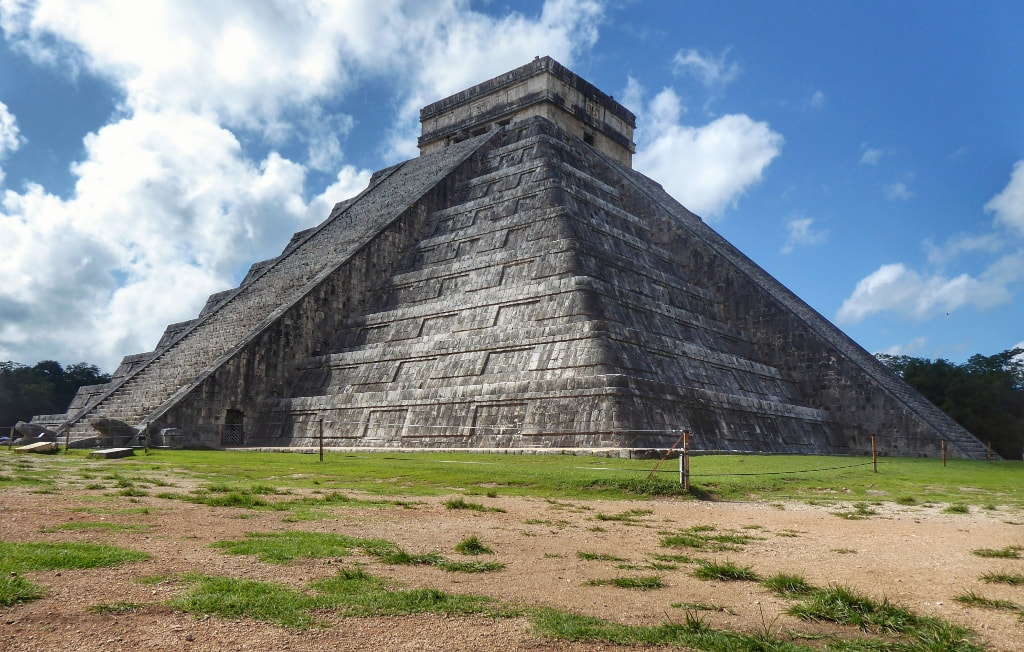 The Temple of the Large Tables, adorned with engravings of "Jaguars in Procession": 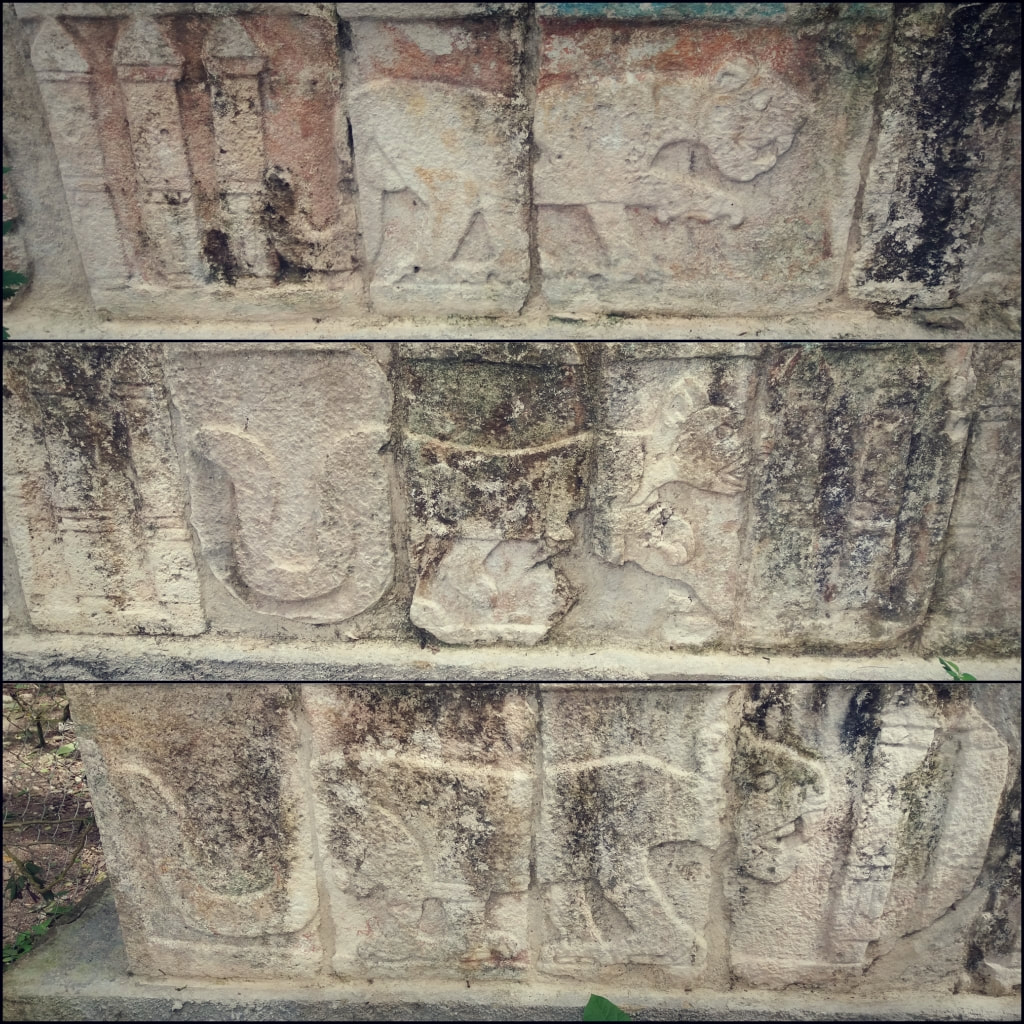 Plaza of the Thousand Columns: 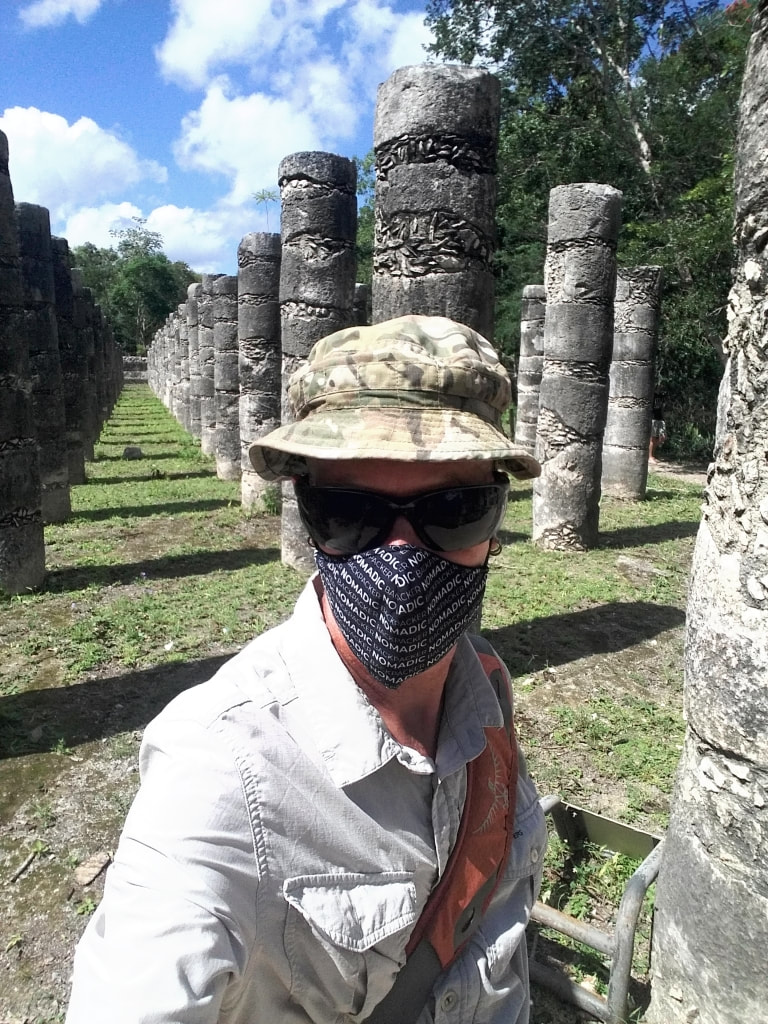 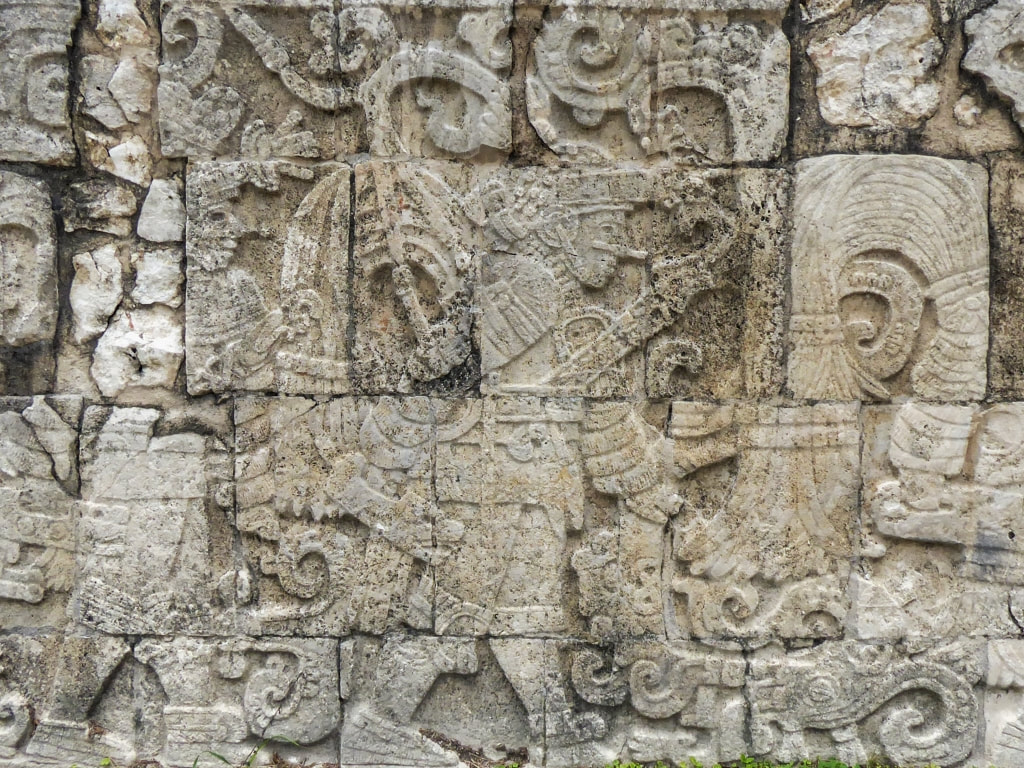 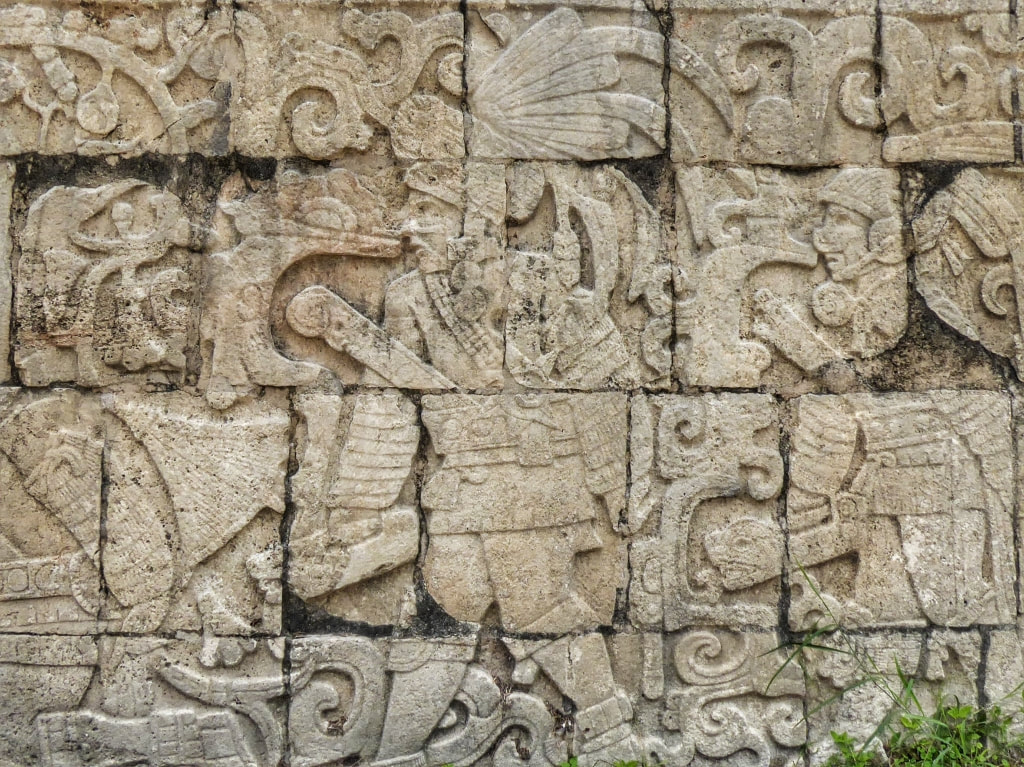 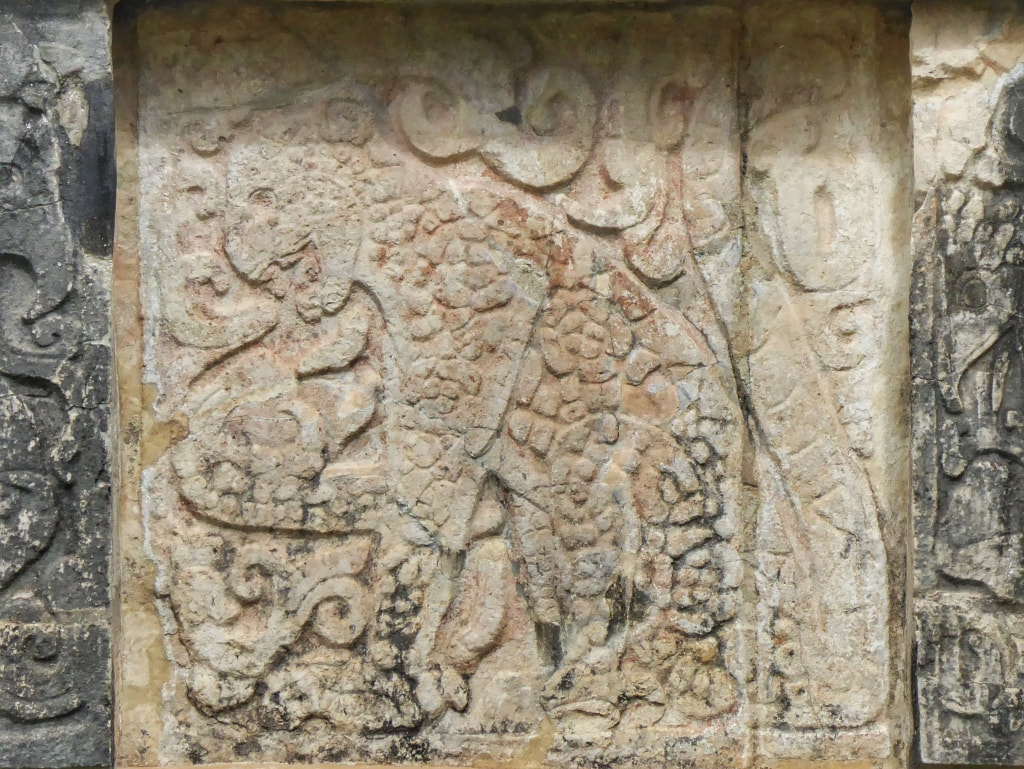 Chichén Itzá is not a cheap day out. Whilst the site entrance fee is the standard 80MXN there is a tax to pay too:

​Additionally, the State Government through the Yucatan Tax Administration Agency charges a general admission of $ 417.00 and for Mexicans who prove their nationality through official identification, the additional admission will be $ 130.00.  Prices have since gone up, again. Source inah.gob.mx 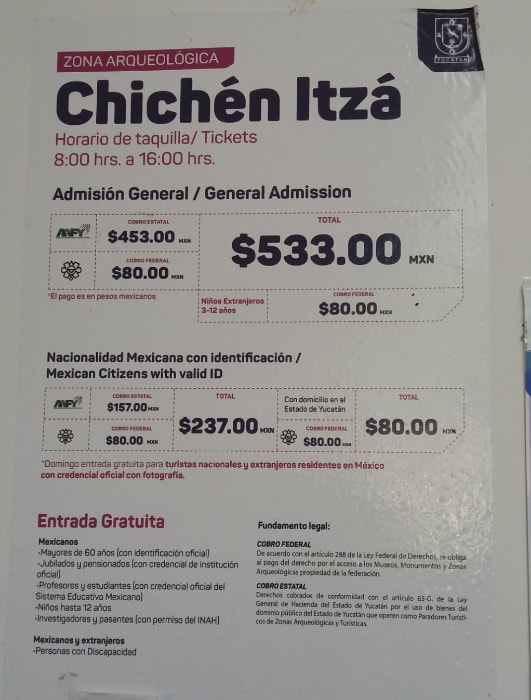 So the total entrance fee paid is 533MXN which is 26 USD, similar to Tikal, Guatemala. But I am kinda wondering whose pockets we are lining because they are not using the income on the site. There are many areas overgrown and the signage is almost non-existant, so much so that I missed out on seeing the area with the observatory. A big disappointment!

Another by-product of being UNESCO listed. If they can fully maintain sites like Edzna on an entrance fee of 65MXN they could be doing the same on a site such as Chichén Itzá.

And this is the era of COVID. No restrictions on numbers and the place was heaving.

​​How to get to Chichén Itzá from Mérida

I asked at the very helpful tourist information office on Calle 57A about how to get to Chichén Itzá.
​
ADO runs a direct bus at 7:15 am from the bus station: 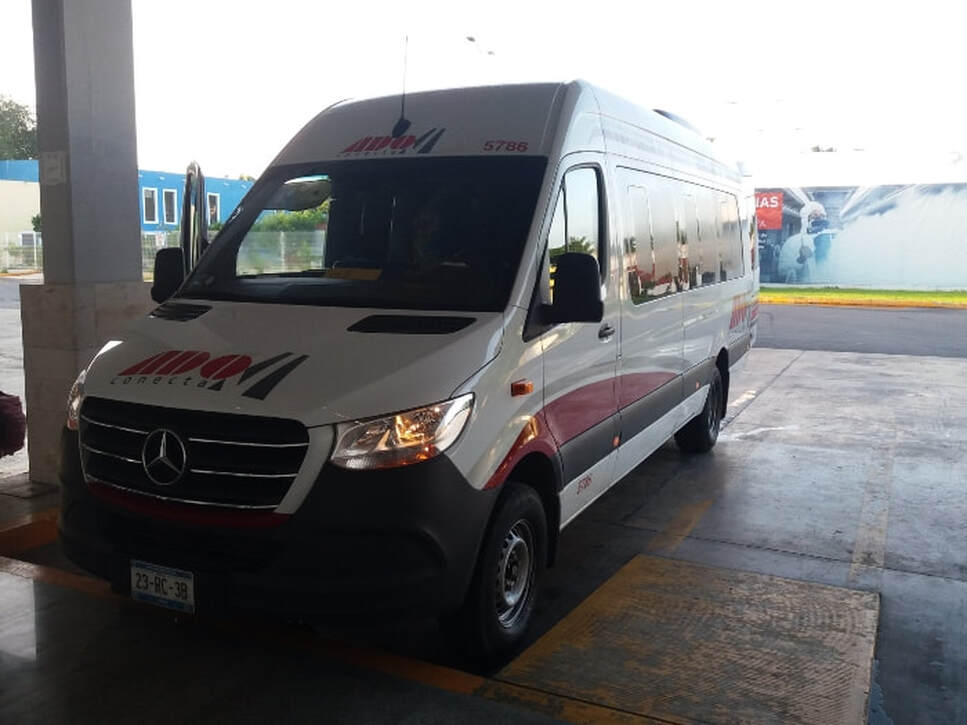 I booked the ticket at the station above, the day before and paid 159MXN. The journey took 1 hr 45 minutes and you are dropped off at the site entrance.
​
After I had finished exploring the site, I simply waited in the parking lot and a ticket lady duly appeared and I bought my ticket just as the ORIENTE bus to Mérida turned up. Fare is 115MX and the journey took 2 hrs 20 minutes.​

​Where to stay in Mérida

​I stayed at the Hostal Zocalo, which, as the name suggests, is directly on the Zócalo. Prime location!

I stayed in room 21 on the ground level, a single room with a medium sized bed and overhead fan. Shared bathroom/breakfast included. I got a 10% discount by staying longer. In fact, I stayed 13 nights at the Hostal Zocalo.

They have dorm rooms and other rooms with AC which you might need. Mérida gets super hot.