November 8, 2022
Flashback post to 2015 when I went and backpacked The Autonomous Republic of Abkhazia. 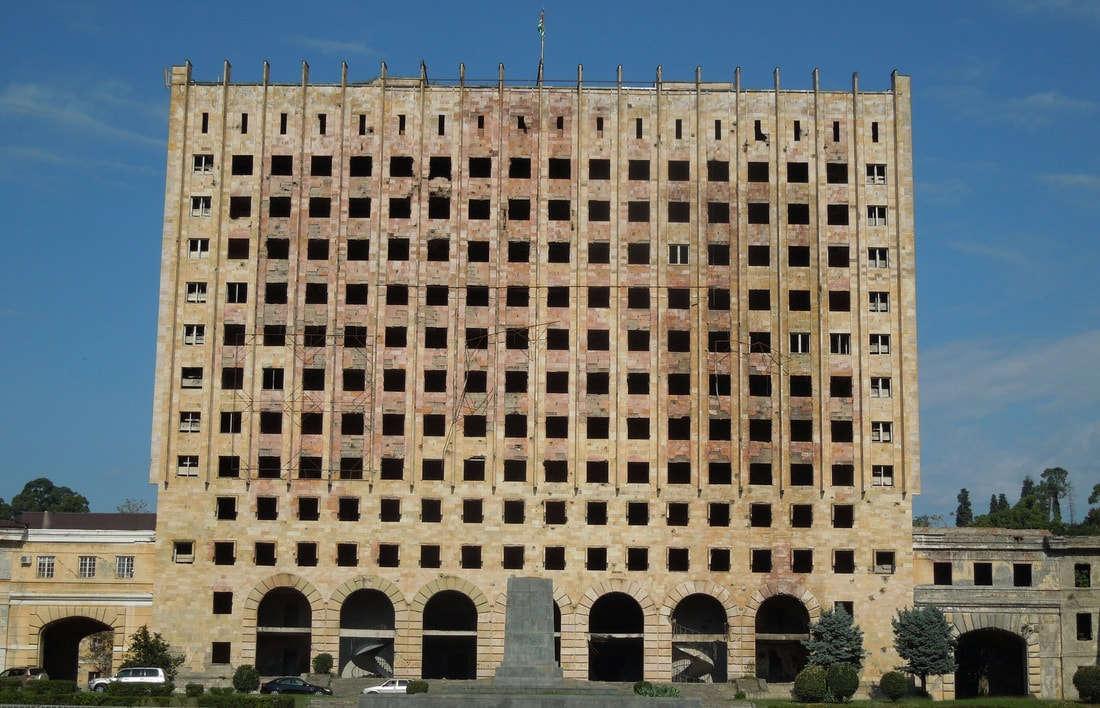 This post has been rewritten for Nomadic Backpacker and is based on my travels in 2015 so some of the intel might be out of date.
Abkazia considers itself an independent state called THE REPUBLIC OF ABKHAZIA. And is recognised by Russia, Nicaragua, Venezuela Syria and Nauru and partially by South Ossetia, Transnistria and Nagorno Karabakh. Georgia and the UN consider it a part of Georgia and is known as the Autonomous Republic of Abkhazia.

And for me, this is one of my 7 non UN-listed countries that I personally include in my tally. 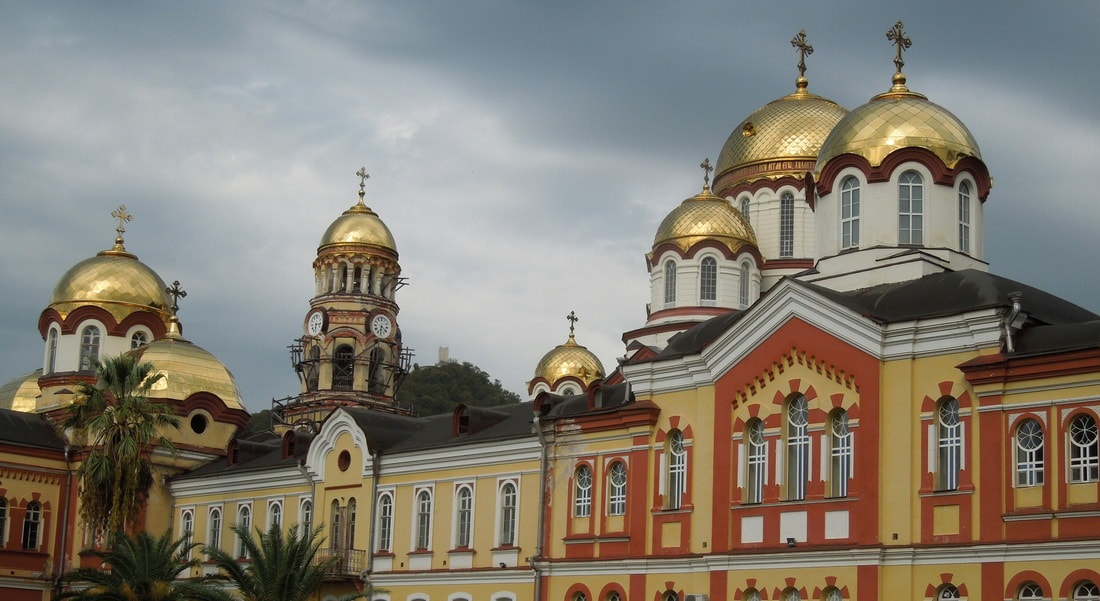 Before I flew from Tbilisi to Egypt late October 2015, via Baku and Abu Dhabi to begin my Cairo to Cape Town Overland Adventure, I made 1 last former Soviet adventure to the Autonomous Republic of Abkhazia.

I had been in Mestia for about a month, working on my fitness, eating as much as I could and planning my African Adventure.

​I sorted out my clearance letter (see below) and then took the bus to Zugdidi and headed to Abkhazia.

In 2015, I wasn't such a good blogger. I never took enough relevant photos.

I enjoyed wandering the streets. I scrambled through the former building of the Council of Ministers which was gutted when the Abkhazians took the city in 1993: 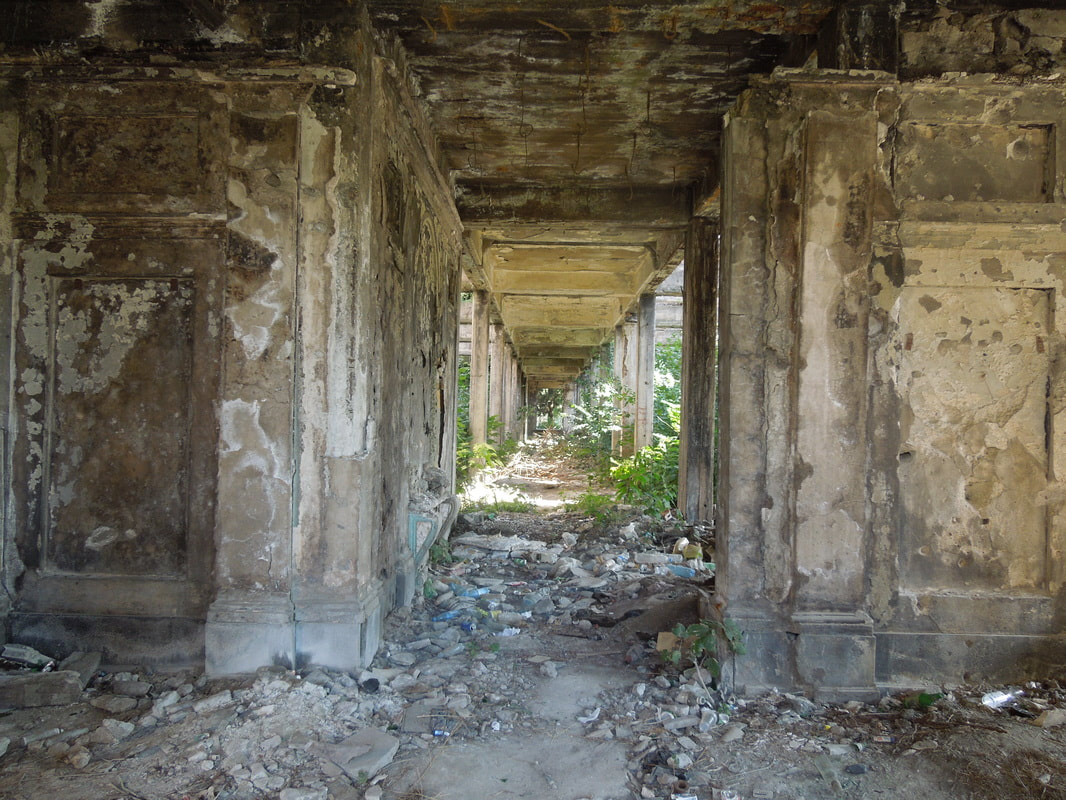 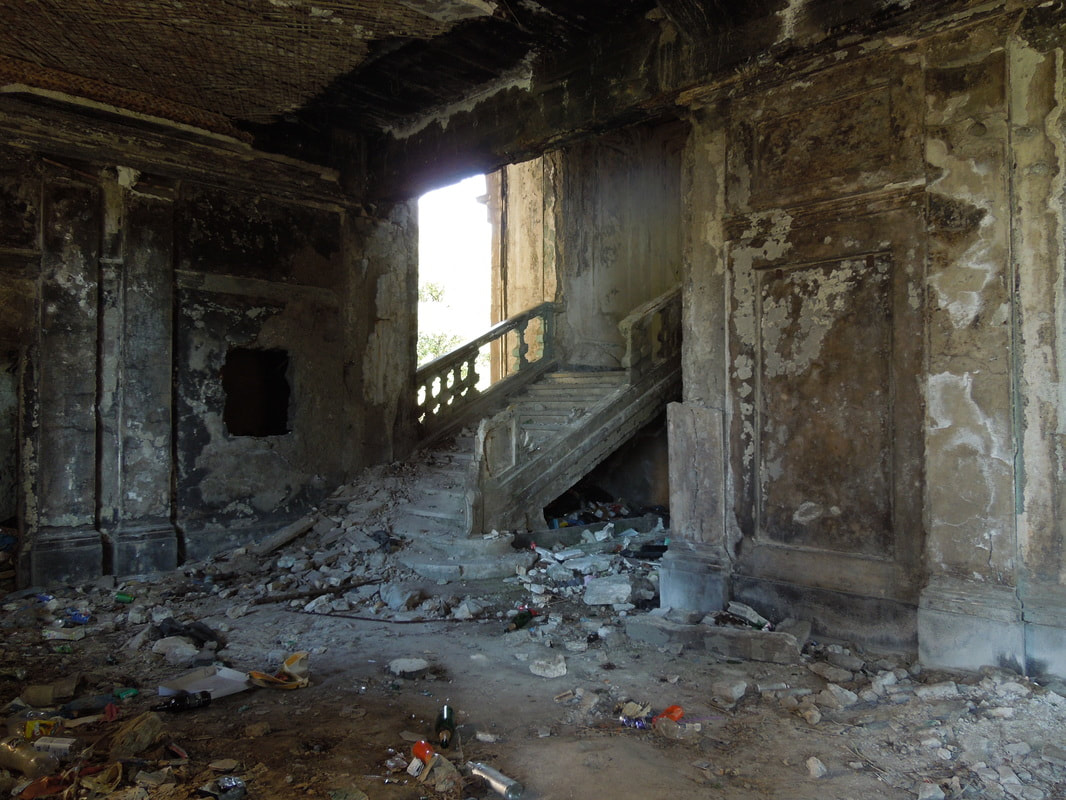 I also went to the old railway station and was questioned by the local KGB.

What was I doing taking photos of state buildings? Why wasn't I at the beach like a normal tourist? And please delete the photos before you go.

25KMs up the coast is NOVY AFON with the golden onion domed monastery. Just behind the monastery, Stalin had one of his many DACHAS (summer house) where he no doubt wined and dined and brought his mistresses. Pretty ironic since Stalin was Georgian. I went for a look and I'd just got in to the building, it being unguarded and open doored, when the care taker appeared and got the famous NIET treatment.

On the hill above the monastery, is the Anacopia Fortress built in the 5th century. Awesome views looking out over the Black Sea and all the way to Sokhumi. You can see tower in the distance on the onion dome photo above. 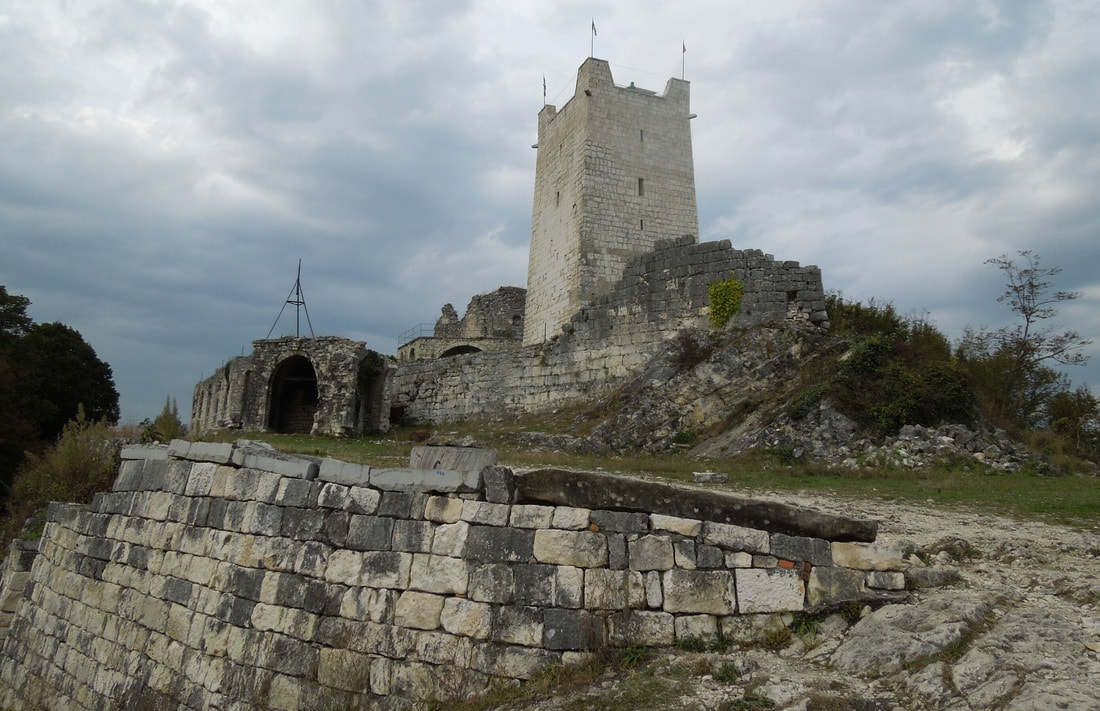 How to get a visa for Abkhazia

To enter Abkhazia in 2015, I needed a clearance letter which I got by filling in the E-application on the government website (mfaapsny dot org - its a http address) and then sending it off with a scan of my passport and a photo to a certain email address.
​
I received my clearance letter after 4 days and printed it off a few times as I knew it would be asked for, and it was.

Once in Sokhumi, I went to the Consular Service office @ 33 Sakharov St, I was then directed to a small AMPA BANK, on Lakoba street to pay for the visa (turn right from visa office, first left, 20 meters in on left side). 1$ bank charge incurred and then back to the visa office to get my Abkhazia Visa, which wasn't stuck in my passport. A 10 day visa (many other options available too) costs 10US$. 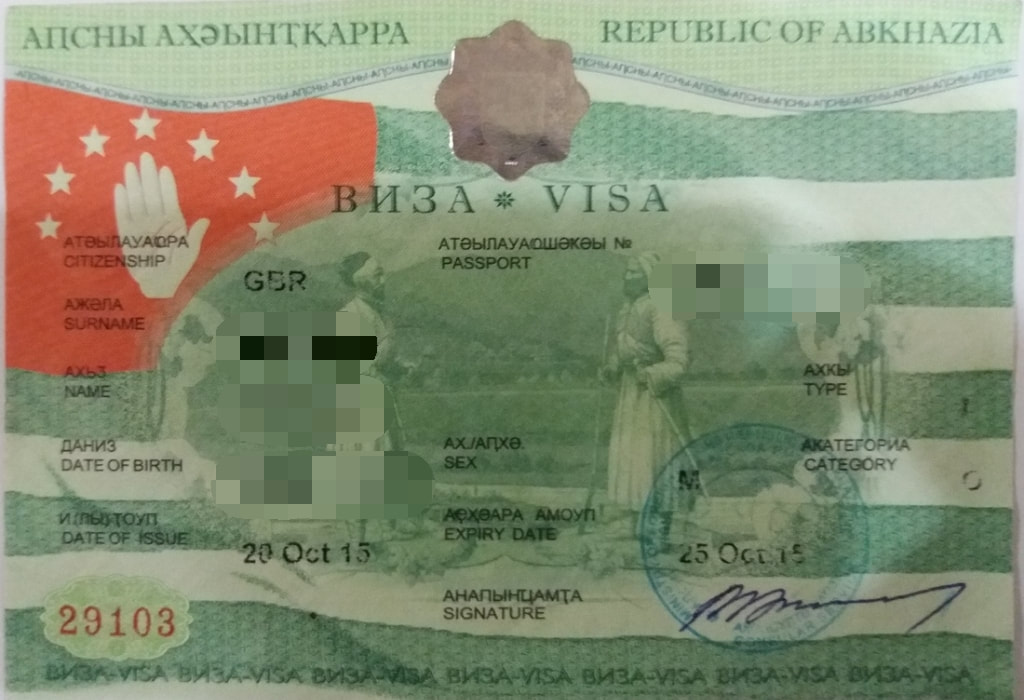 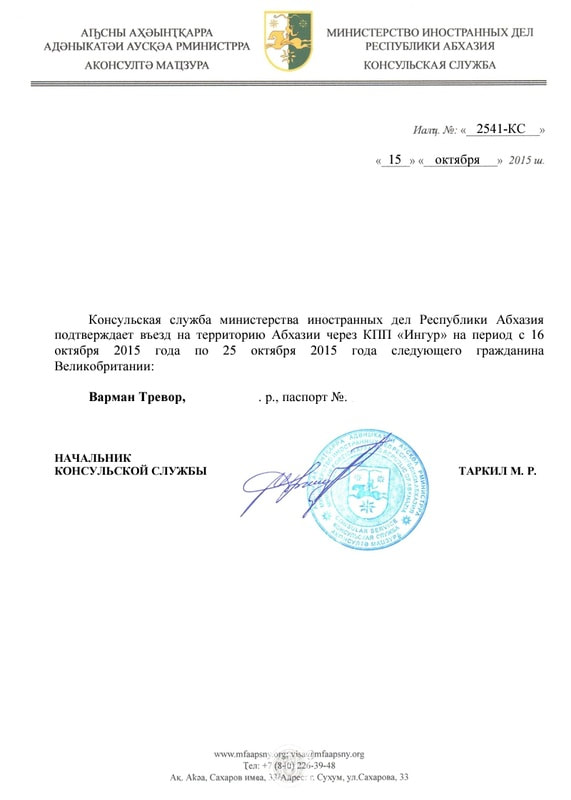 How to get from Zugdidi to Sokhumi via the border post at Inguri:

I took a Marshrutka from Zugdidi to the border at Inguri/Ingiri, 1 Lari and once through the controls, another one to Gal, 100 Rubles and then another to Sokhumi 200 Rubles.

They use Russian Rubles in Abkhazia:

In Abkhazia they use the Russian Ruble. I changed some Georgian Lari into Rubles in Zugdidi but once in Abkhazia, you can only change dollars.

Where to stay in Sokhumi:

I went for the homestay listed in Lonely Planet at 55 Akirtaa street. 500 Roubles a night in a twin bedded room. Kitchen down stairs. Mosquitoes, even in mid October. Super fast wifi. Mid October 2015, old ladies with home stays on the promenade as mentioned in the LP did not exist.