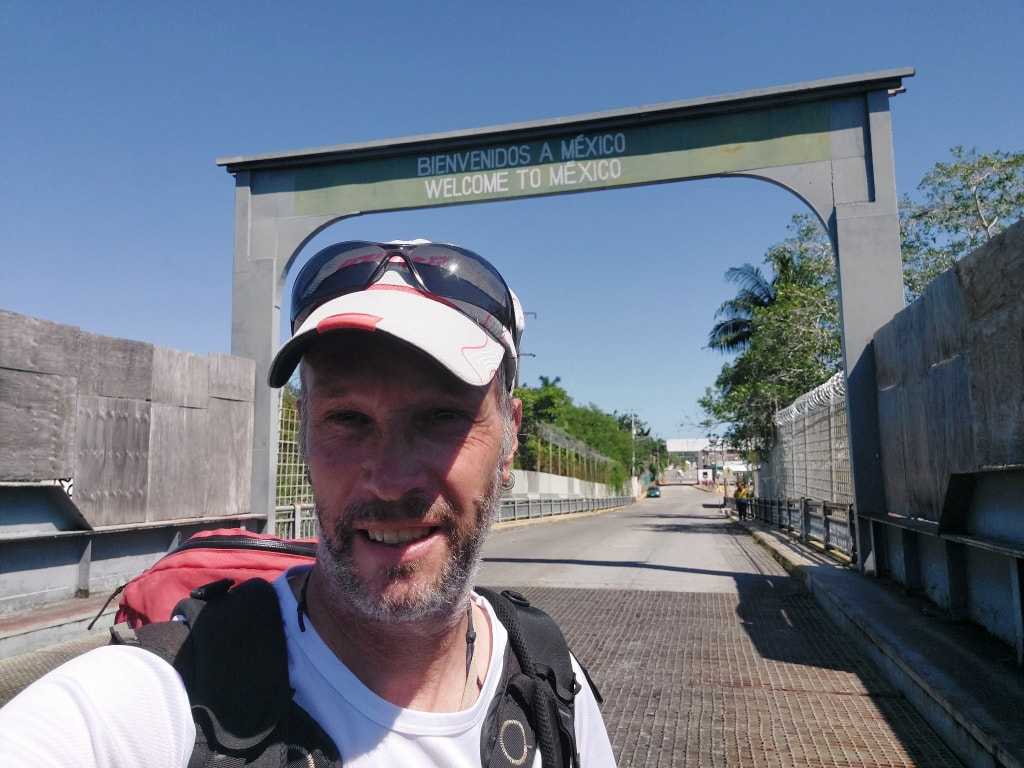 I took the 9 am chicken bus from Orange Walk to Corozal. An easy 5B$ 55-minute trip: 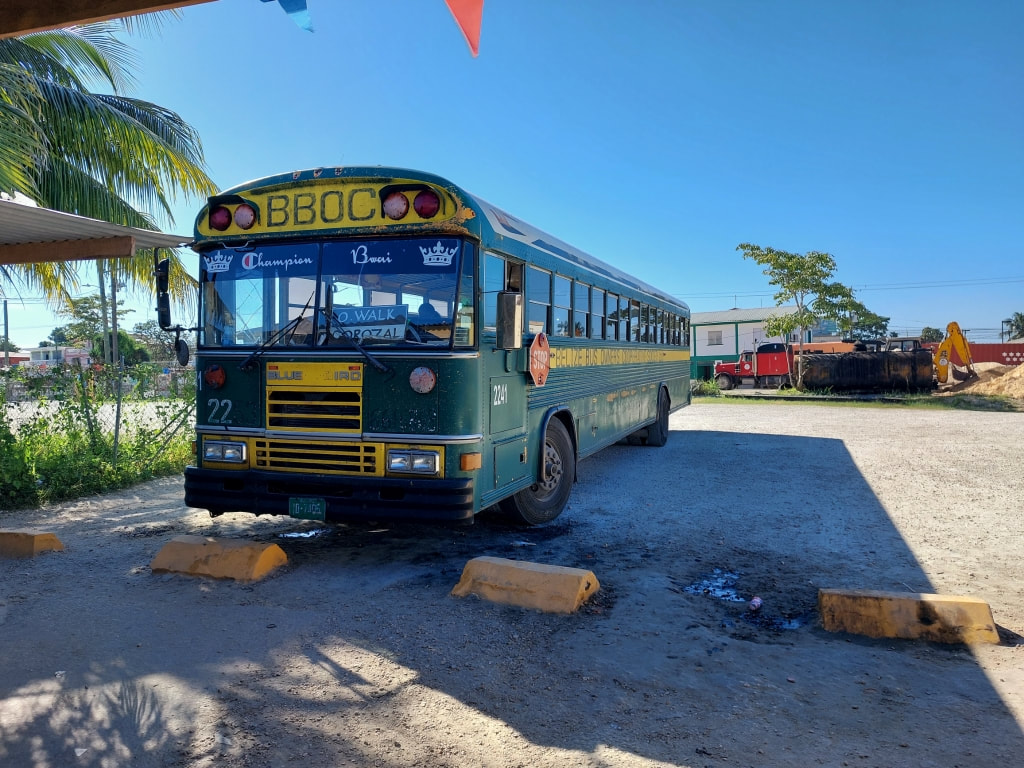 Buses to the border seem to go only very early in the morning and I had missed them. But I could take a taxi or shared combi-van. Guess which option I took?! 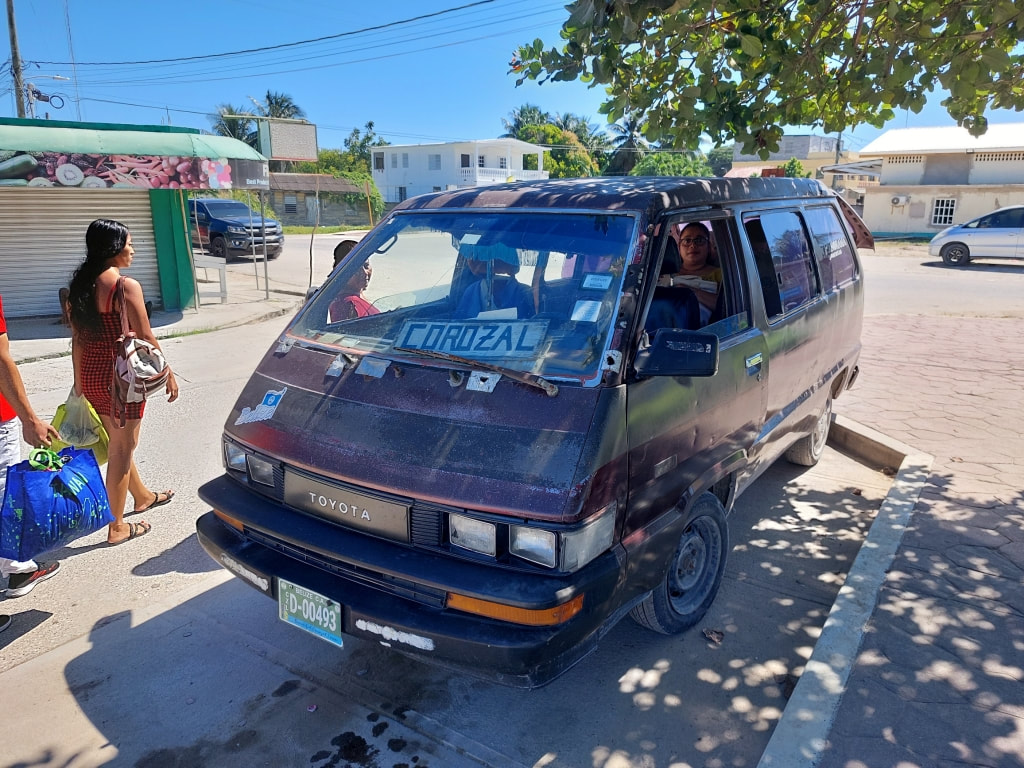 So we arrived at the Belizean immigration. You pay the 20 USD departure tax, then get your exit stamp, then jump back in the combi-van which then takes you to the old bridge where you walk across to Mexico. 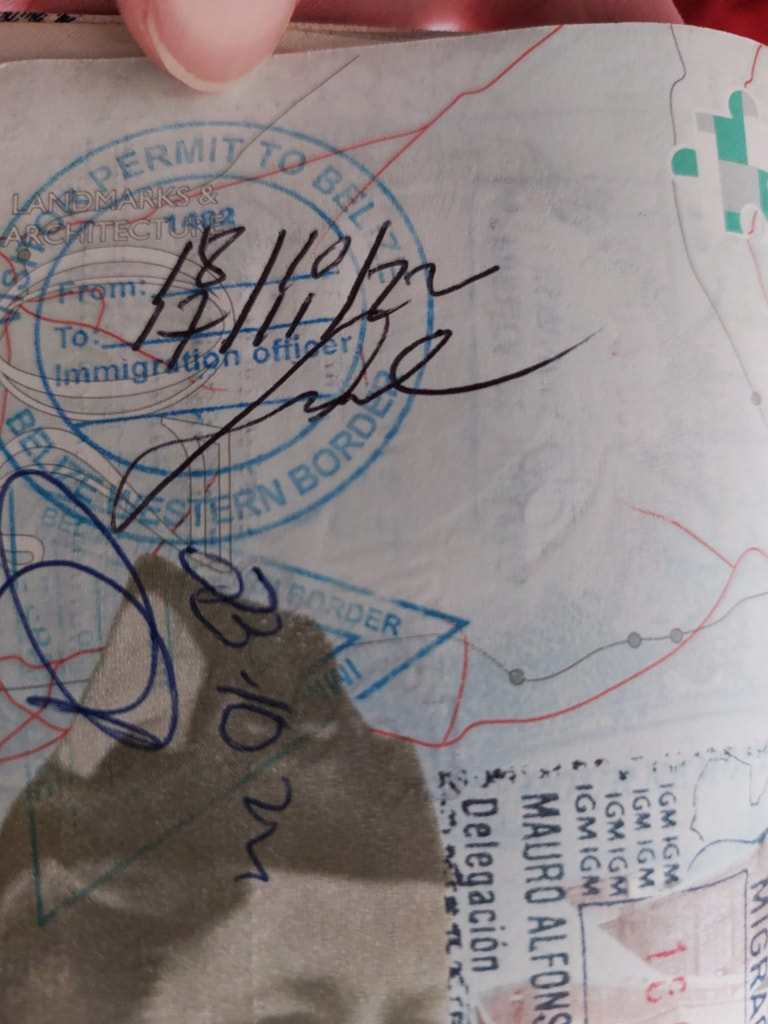 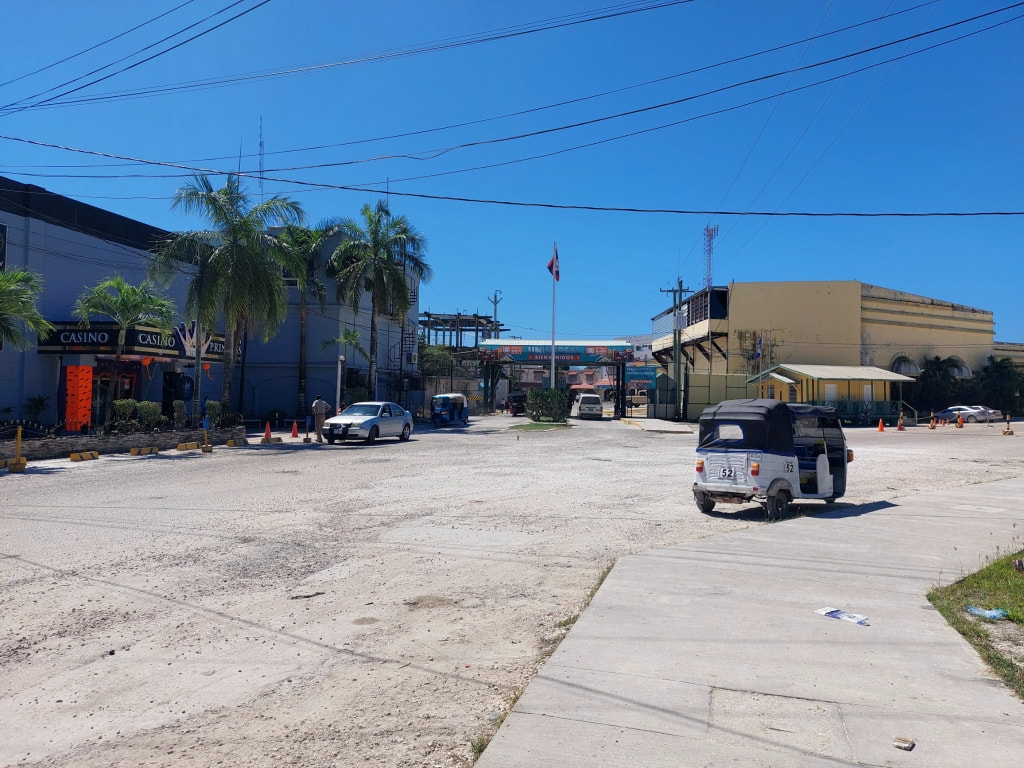 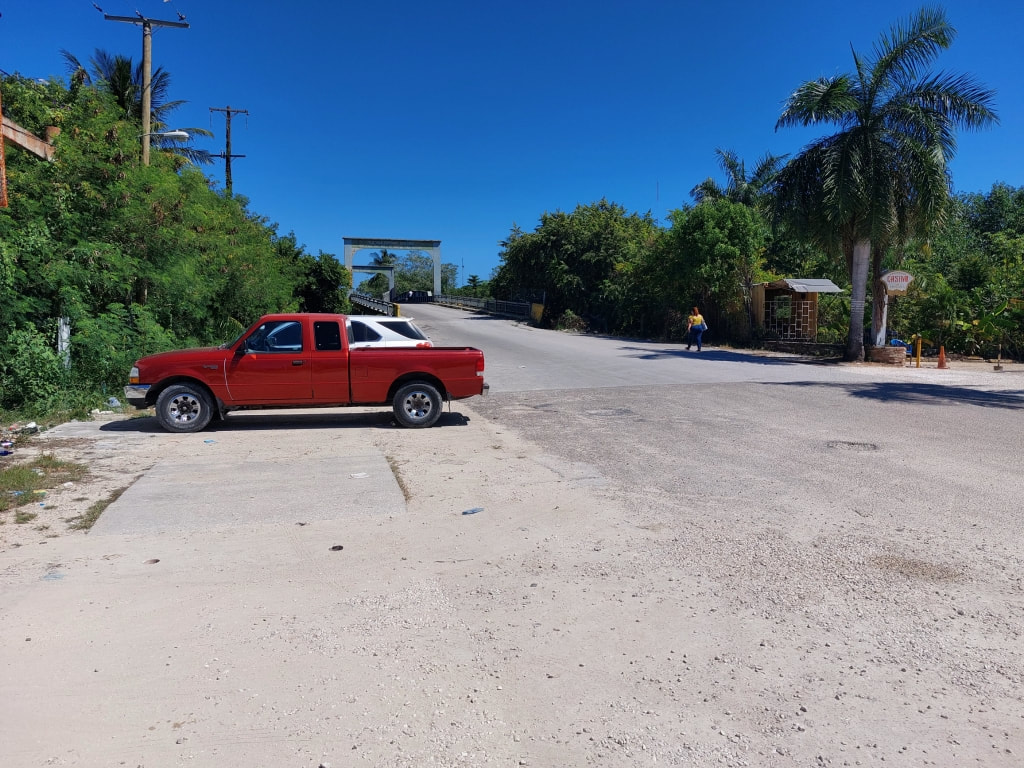 I was ill-prepared. I had assumed the border would have been hassle-free. But it wasn't.

Tough rules had been introduced for a variety of reasons. The migrants coming up from all countries to the south, especially from Venezuela meant the authorities were reluctant to be giving away the 180 days willy-nilly.

Whereas the migrants give nothing to the countries they pass through, except more trash which they lob out the bus windows and piss in the street, tourists like me spend money.

There should be a distinction but there is not.

There is also a lot of resentment especially in CDMX where gringos, the term for citizens of the USA are pushing up prices, making it hard for locals.

Mexico is getting tough on immigration. As I travelled back to CMDX, I came through many police checkpoints with the Guardia Nacional. They board the bus and single me out.

Of course, my documents are in order but they are looking for overstayers as much as migrants who have entered illegally.

Whilst in Honduras, migrants are no longer faced with a 200 USD fine for travelling through with no papers (I wish I had a photo of the notice in the bus station in Danlì, Honduras), citizens to the south, all need visas to enter Mexico.

So without a hotel reservation for my requested 120 days, the immigration officer was only going to give me 30 days.

But he also suggested I try the new bridge, the crossing for those with vehicles. I set off walking but was told it wasn't possible to walk across the bridge. I stuck my thumb out.

Some guys picked me up and said they'd take me to Bacalar if I bought a Round of beers.

But immigration took a while.

I queued up for my FMM card. And thus began the negotiation for how long they would be prepared to give me.

I asked why. He called his colleague. Without a flight out, it was 7 days or nothing. I fought my corner.

I am not a migrant who brings this country nothing. I am not working illegally and I don't overstay.

I spend money here. And I am going on vacation with my girlfriend to Zipolite.

Where's your hotel reservation in CDMX? I have a Novia there, no need for a hotel. It wasn't illegal to have friends, as far as I knew.

She ran my passport. The entrance stamp for Mexico was easy to see.

Where's your exit stamp? They don't stamp passports at CDMX airport anymore. I smarted. Trying to make it my fault when it's their new procedure.

I showed her my El Salvador entry stamp.

She noted that on the FMM card and I joined the queue for immigration. I paid my 638 Pesos.
​
The same woman officer dealt with me again. No smile, no eye contact. Just opened my passport at a random page and stamped me in. 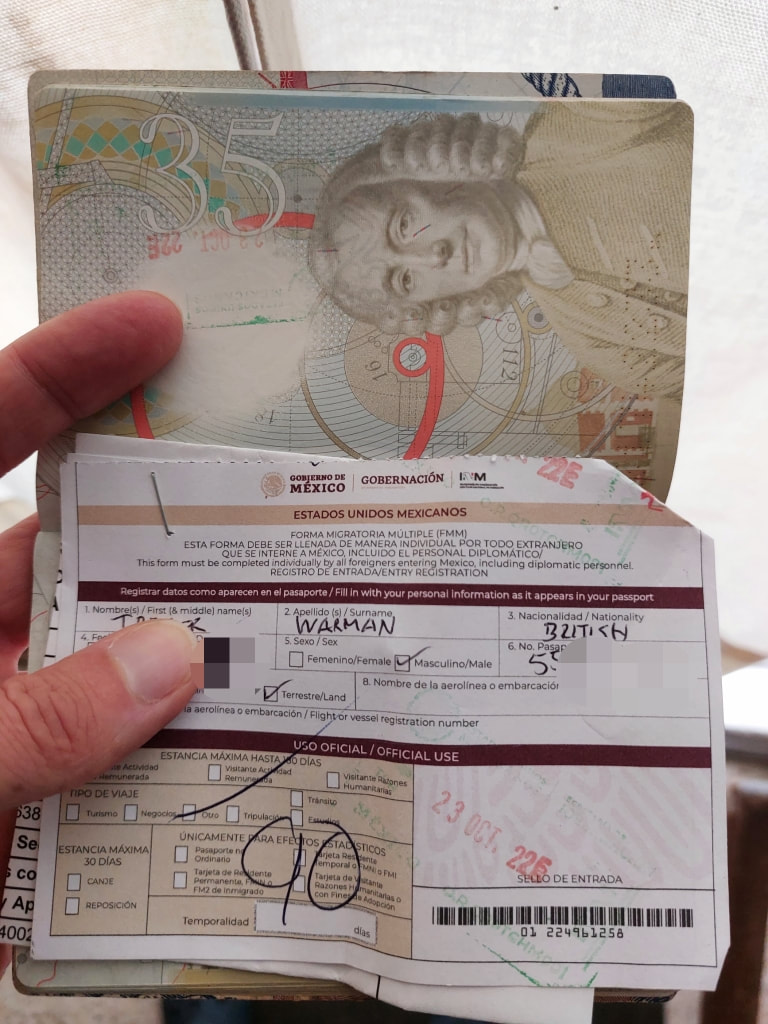 Seems like they get their attitude from their neighbours to the north. All border crossings to the south are easy and friendly with only Nicaragua being a long and drawn-out process.


The guys who had given me a ride had not waited. I started walking. I didn't get far. It was prohibited to walk further, through the customs area. A female army officer told me so.

I stuck out my thumb.

Her male colleague wanted to know what I was doing.

Well if I wasn't allowed to walk through I would just stand there and wait for a ride. They sure love making things difficult here!

I got a ride pretty quickly. He took me to Chetumal, dropping me off at BanCoppel where I took out some money, as they have the lowest ATM withdrawal fees in Mexico.

I walked to the bus station. It's not as marked on MapsMe: an abandoned parking lot with bays for the buses.

Here is the location of the nice buses to Chetumal. I say 'nice' because in Bacalar I saw a shitty old bus with Chetumal Bacalar on it. No idea from where:
Back in Mexico after 4 months away (photo from Chetumal): 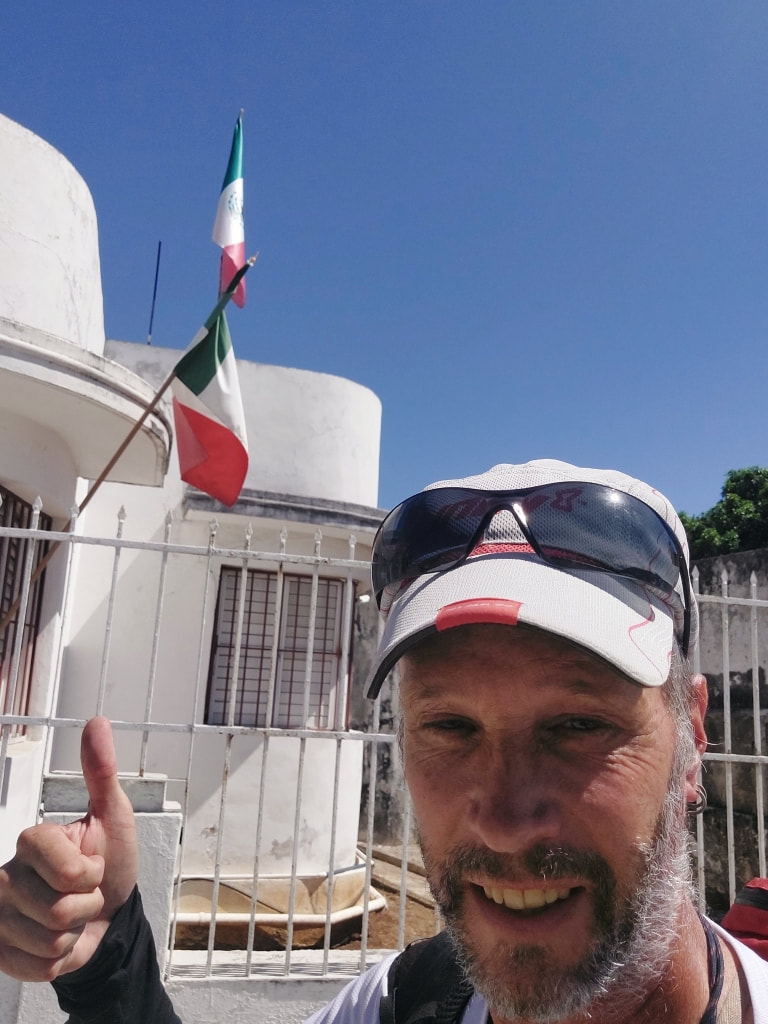 40 Pesos for the ride to Bacalar: 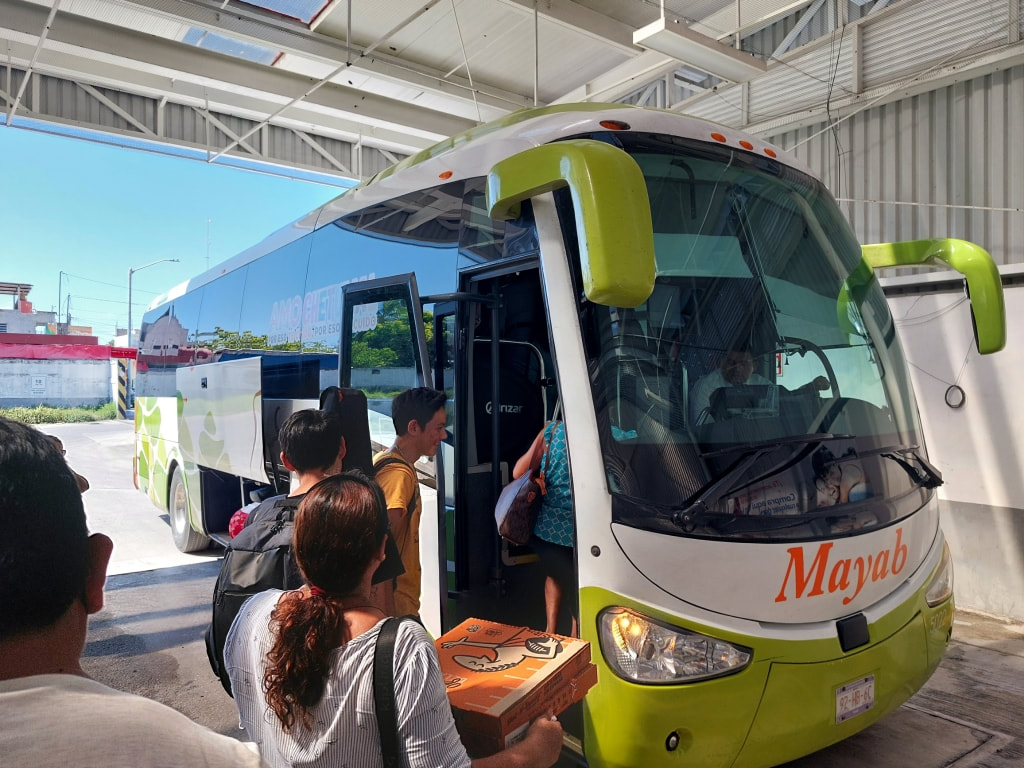 An hour later I was in Bacalar. 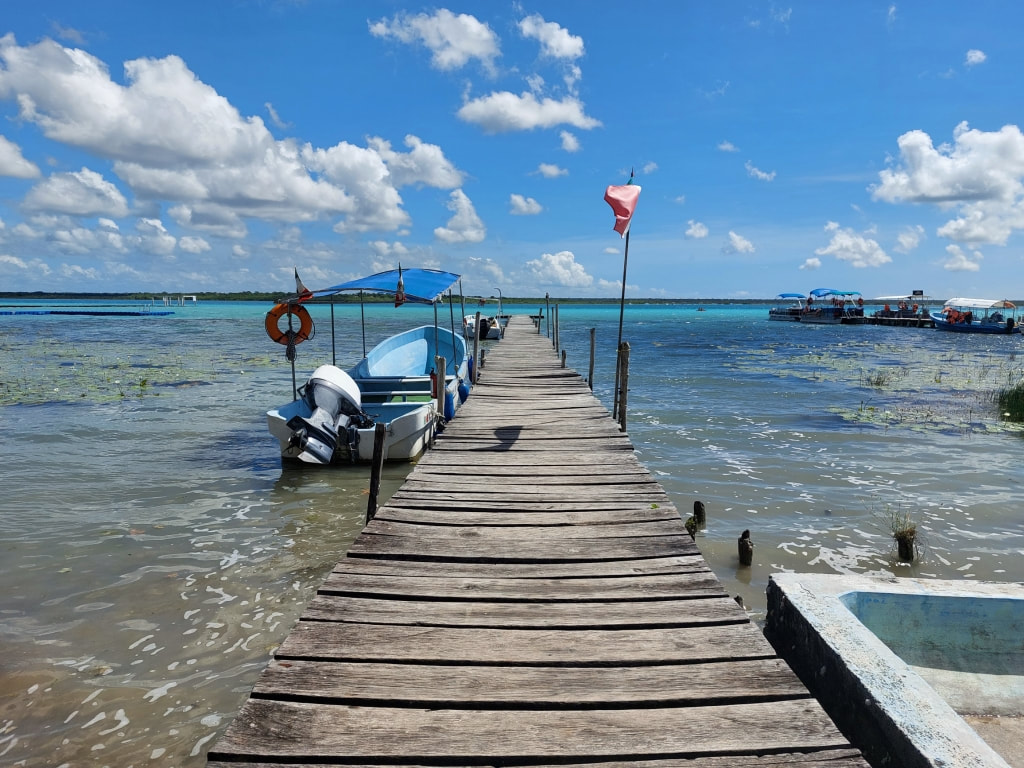