​The Communist Party of Kampuchea (CPK), otherwise known as the Khmer Rouge, took control of Cambodia on April 17, 1975. The CPK created the state of Democratic Kampuchea in 1976 and ruled the country until January 1979. The party’s existence was kept secret until 1977, and no one outside the CPK knew who its leaders were (the leaders called themselves “Angkar Padevat”). While the Khmer Rouge was in power, they set up policies that disregarded human life and produced repression and massacres on a massive scale. They turned the country into a huge detention centre, which later became a graveyard for nearly two million people, including their own members and even some senior leaders.

A few days after they took power in 1975, the Khmer Rouge forced perhaps two million people in Phnom Penh and other cities into the countryside to undertake agricultural work. Thousands of people died during the evacuations. The Khmer Rouge also began to implement their radical Maoist and Marxist-Leninist transformation program at this time. They wanted to transform Cambodia into a rural, classless society in which there were no rich people, no poor people, and no exploitation. To accomplish this, they abolished money, free markets, normal schooling, private property, foreign clothing styles, religious practices, and traditional Khmer culture. Public schools, pagodas, mosques, churches, universities, shops and government buildings were shut or turned into prisons, stables, reeducation camps and granaries. There was no public or private transportation, no private property, and no non-revolutionary entertainment. Leisure activities were severely restricted. People throughout the country, including the leaders of the CPK, had to wear black costumes, which were their traditional revolutionary clothes. source Wikipedia

This whole area was a Khmer Rouge stronghold, long after they were officially kicked out of Cambodia. It offered Pol Pot and his men a safe haven and a quick exit to Thailand if needed.

Above: The view from my balcony at the Bud Oudom Guest House, Anlong Veng lake. Pol Pots number 5, aka 'The Butcher' had this lake dug, killed all the trees, not to mention most of the diggers.

This is the site where Pol Pot was cremated (he 'died' on the night he was arrested). 13 kilos north of town, within 500m of the Thai border. 2 weeks later I crossed into Thailand at this very crossing: 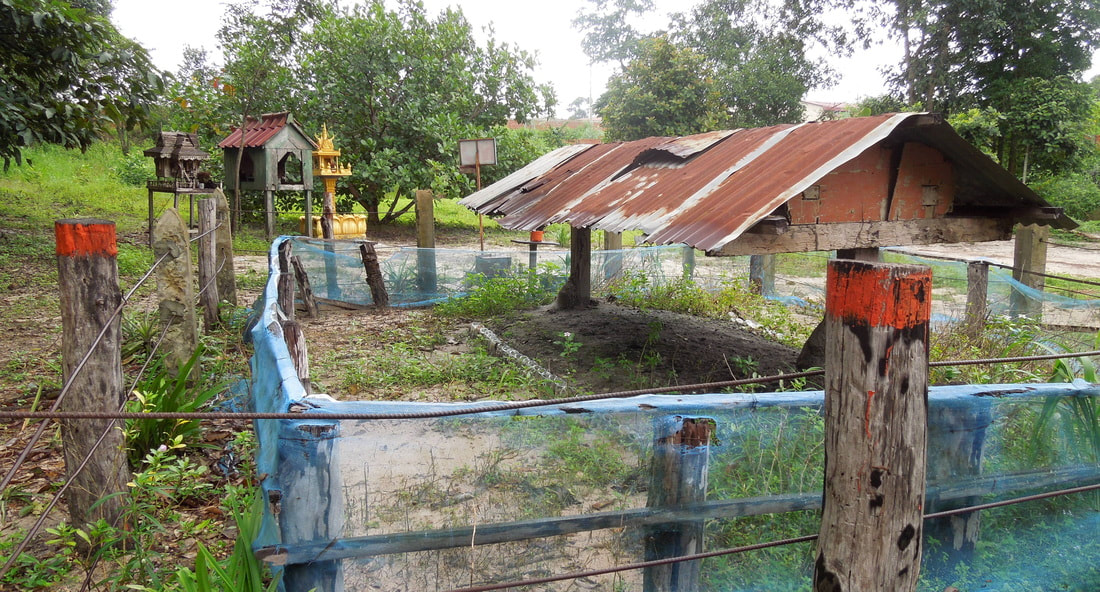 On the hill up to the border, people still pay their respects to those who were murdered under the regime of the Khmer Rouge: 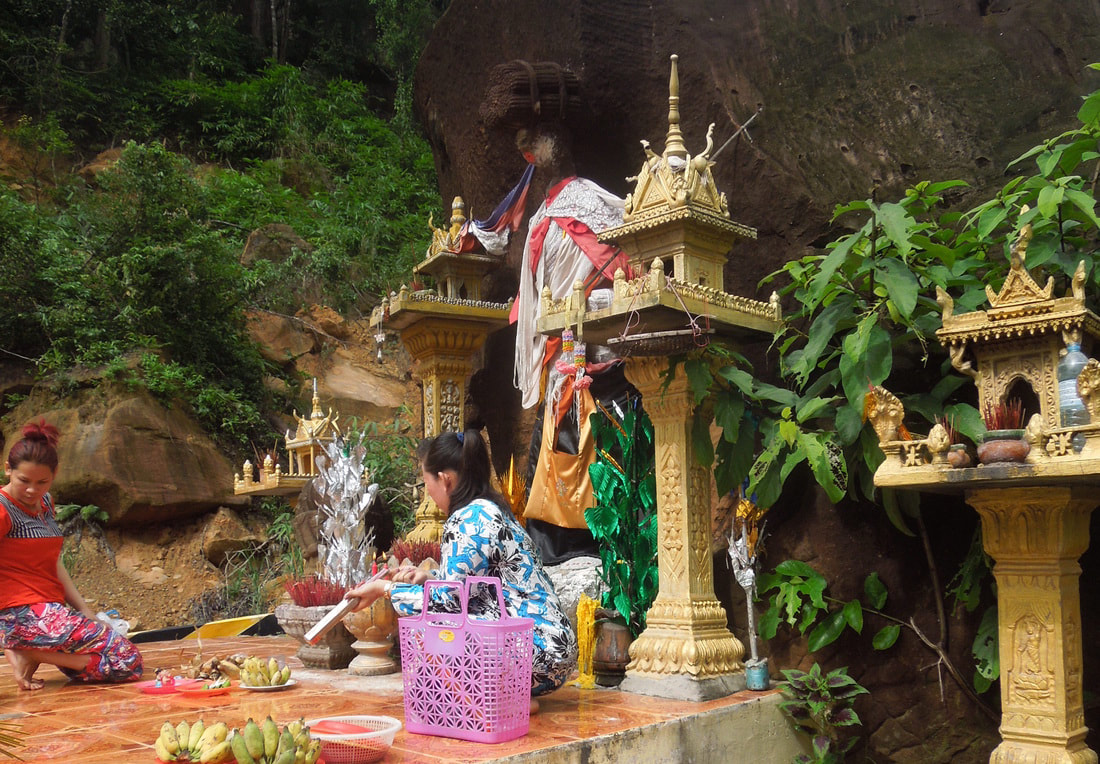 Fishermen, dead trees and mad monks. Was a happy 3 days in Anlong Veng. No other tourists, no 7 Elevens, just local shops, food stalls, lots of dust/mud and a ladyboy who wanted to massage me for free.

Where to stay in Anlong Veng: Bud Oudom Guesthouse, east of the round-a-bout, awesome view of the lake, friendly staff.
This post has been re written for Nomadic Backpacker and is based on my travels in 2014