Thoughts on Sponsorship and Advertising

Connect on Twitter
My modus operandi being, blog posts about Oaxaca for example, with paid logos from cafes and restaurants in Oaxaca. 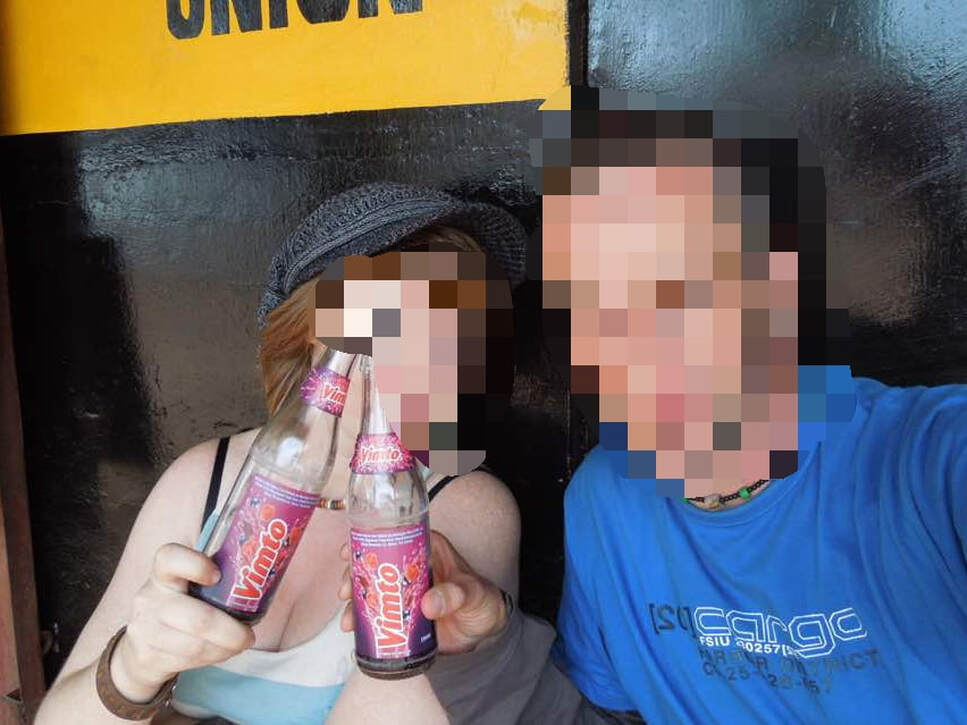 Vimto, a fruit drink manufactured in the United Kingdom, not so easy to find in the high street stores these days. The big boys with their aggressive marketing and endless budgets make life difficult for the lesser-known. Nothing new there, in all walks of life. But going back to Vimto, it's still a popular drink in Africa.

In 1983, adventure cyclist Nick Sanders cycled from Cairo to the source of White Nile in the hills above Lake Tanganyika wearing a jersey with a VIMTO banner on it.

He planned his journey. He would go, with or without financial backing but in his research, he identified an opportunity to provide Vimto with a cheap form of advertising. He knew that Vimto was a very popular drink there. He took the advertising directly to the people.

Back in 2016 and 2017, I was based in Karakol, Kyrgyzstan. By my second season, I had established a reliable network of contacts. I was wheeling a dealing, getting a kickback for sending people on tours and to their restaurants.

I approached 1 cafe and 1 restaurant and ran my spiel.

"I have a travel blog. I write posts about Karakol. Would you like to have your logo on my site?"

The modus operandi being, blog posts about Karakol with paid logos from cafes and restaurants in Karakol.

Yes, paid logos. In the days where sponsors prefer to give out hiking boots, backpacks etc, back in 2016 with my low-key travel blog, I received cash, twice! in exchange for their logos on my posts from Karakol.

I liked the owners too. I would get free coffees and sometimes a dinner but I was not promoting them on my blog as "Places You Should Eat in Karakol". I wrote my posts about getting local transport to places where other bloggers wrote, "there are no buses, take a taxi" (another irritation from bloggers) and placed the logos and added, "this post was sponsored by Ethno Cafe Dastorkon".

My first website died a painful death. Now I run Nomadic Backpacker. We are in different times now but some things I will not change.

I'll give you an example of how I don't wanna do things.

In the first year at the hostel in Karakol where I worked, a Spanish couple had contacted my boss and had asked for 3 free nights in exchange for some promo. They boasted that they had 21k followers on FB and this that and the other. My boss accepted. He was naive.

They went to a few places around Karakol, Jeti-Ögüz being one of them and they duly took some photos, wrote a story, half-heartedly mentioning the hostel that gave them free accommodation for three nights. They could have put a logo on their site but they didn't.

Their modus operandi was to find someone to pay for their overnight stays in return for an all too brief mention on their website and FB page.

They go only where they can get stuff for free. I despise these types of travellers.

Bull shitting your way for a free night or 3 on the basis that you have 21k followers on some social media network is ~not~ how I want to operate.

What people fail to understand is that out of these 21k followers, 20,900 are people who never travel, have never even held a freaking passport. And most of their followers will never visit Karakol.

As my dear friend Annabel pointed out, it's sad when a blog is deemed good or bad, based purely on the number of SM followers you have.

Going back to the Vimto story. Nick Sanders did that journey in 1983. The photo at the top of this page is from 2013. That's 30 years later and the brand Vimto is still in my mind. Logos remain in our subconscious. They are worth their weight in gold. So much more than a quick mention that will more than likely glossed over.

I am in The Gambia in that photo and Vimto is still getting returns on that sponsorship. 30 years on. I can still find Vimto in my local shop back home and I do drink it! This is how it works.

I do not want to run affiliates. Ads all over the shop annoy the hell out of me. I want to have logos relevant to the places I blog about.

Travellers read my blog posts. When I write about Oaxaca or places that can be visited from Oaxaca and I would like to place logos of businesses in Oaxaca.

When You watch the footie on TV, you see Coca Cola ads or whatever on the side-line. The football teams are not saying, "I drink Coco-Cola". Coca Cola pays the money. The ads are shown. There are no recommendations for said product.

I do not want to become a brand ambassador. It would feel very wrong for me to say, "oh this product is so great", just because I was given the product for free.
​