October 14, 2022 | Tagged: Honduras
I backpacked Tegucigalpa, said to be the capital of one of the most dangerous countries in the world. I wasn't there to prove the everyone wrong but equally, I was curious exactly how bad it was.

And the question to be answered was, can a tourist go there and not be killed or kidnapped, like is pretty much portrayed in the media.

Sure you can get yourself into a whole load of trouble if you are reckless and stupid enough to go walkabout after the sunsets or go nïavely into the known 'Barrio Bravos'.

But isn't that the case, the world over?  That the country gets a bad rap because of a few, (or many), incidents?

This is based on my experience, in Tegucigalpa, as a tourist, very intent on living to see another day. 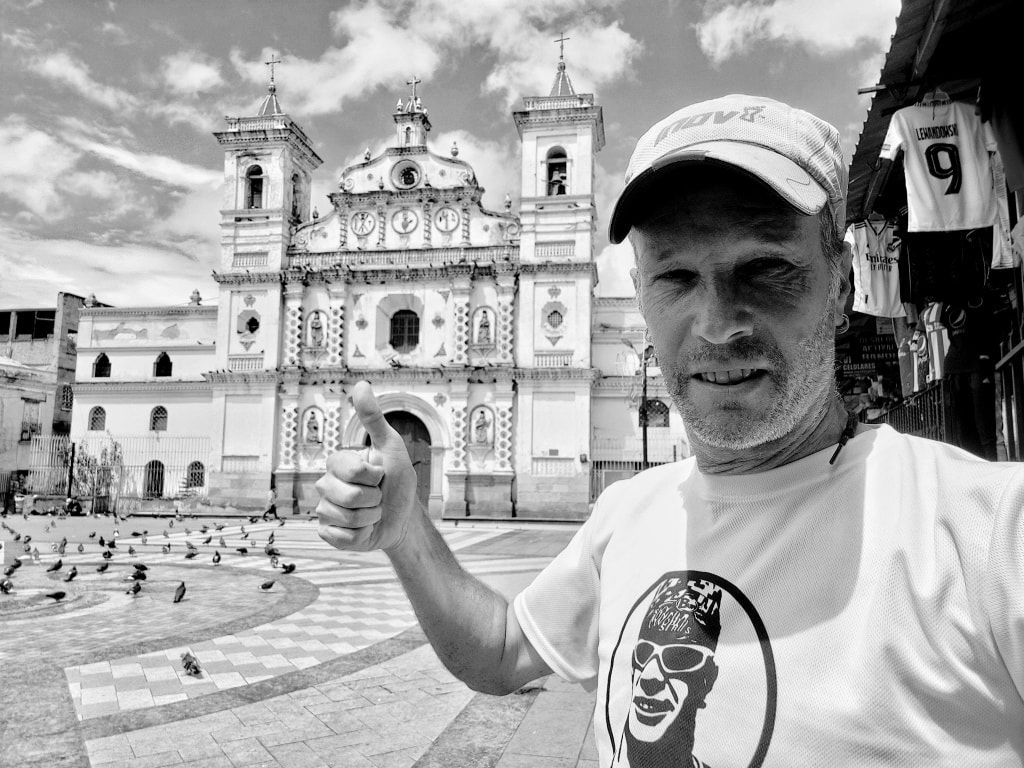 I spent 4 nights in Tegucigalpa, Honduras, one of the most dangerous countries in the world.

I travelled from Ocotal, Nicaragua to Las Manos and then a series of chicken buses to El Paraiso, Danlí and finally to Tegucigalpa, the capital of Honduras.

​The last part was quite a disaster. At the bus station in Danlí, I was faced with trying to get a ticket for the bus along with 500+ migrants from Venezuela.

I joined the queue in the hot sun.

It was total chaos. Everyone was shouting. Tempers flared.

Then suddenly there were separate queues. Locals and everyone else. I managed to get a local ticket and was then refused on the bus. "The ticket is only for locals". 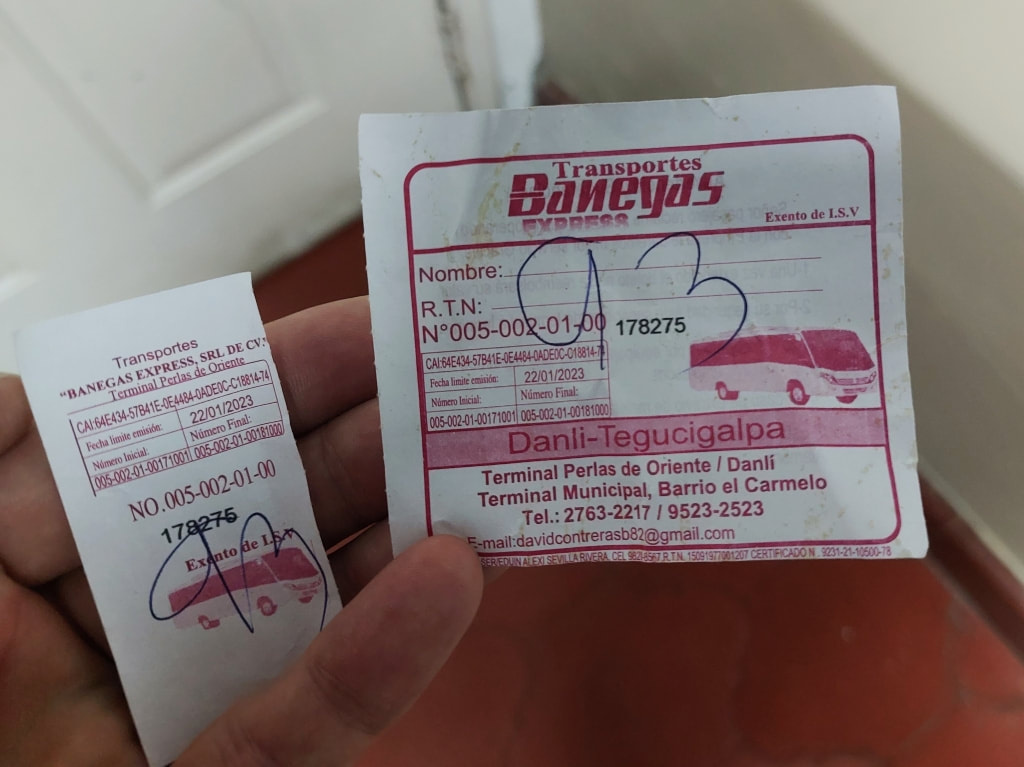 Currency of Honduras, the Lempira: 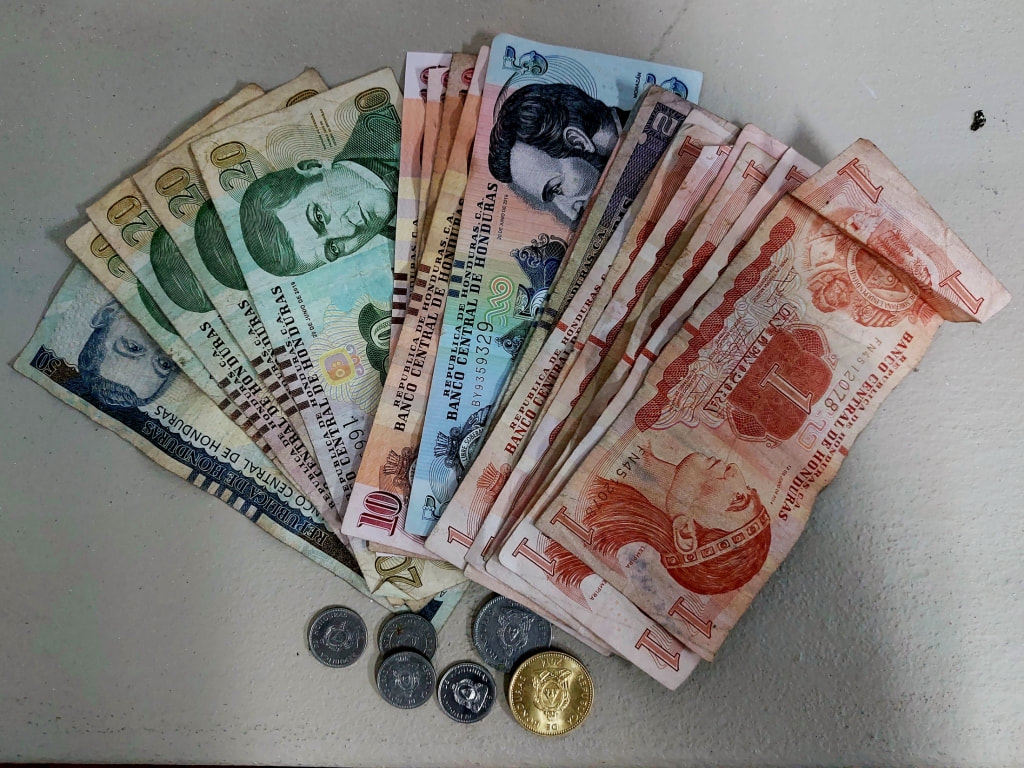 So there is a two-tier system here! Fuck that. But what choice did I have?

Not wanting to be stranded, I paid 7 USD more in cash and suddenly I am allowed to get on.

At a point just south of the capital, the road splits.

Buses had been organised to take the migrants directly to the Agua Calientes border (with Guatemala). Let them in, and show them the way out, ASAP.

I appreciate their hardships back home but they put lots of strain on countries already without enough infrastructure. The buses are so packed, locals can almost not travel anywhere.

The Venezuelans are begging on the streets of Honduras. Imagine, Honduras is fucked and people are begging here?

I saw them on the streets of San José. All on their way to the FUCKED UP AMERICAN DREAM.

They are offered help in Mexico. A job, a place to stay but they all refuse (unlike the Haitians). They only want to go to the USA.

I arrived at the terminal on the way into town and got a taxi to the hostel. I had promised myself, no heroics here!

Honduras has a bad reputation. No need to see if it was true when loaded down with all my worldly possessions.

My fear was somewhat reduced having seen how friendly, near the border, was. It was a little 'wild west' like but no one was shooting anyone, and people seemed to smile more than I had seen in Nicaragua.

The first afternoon I just walked to the supermarket. The next day I walked to the historic centre with a buddy from the hostel. The streets were eerily quiet. It was a holiday weekend. But we didn't draw attention to ourselves. No walking with smartphones out in front of us. 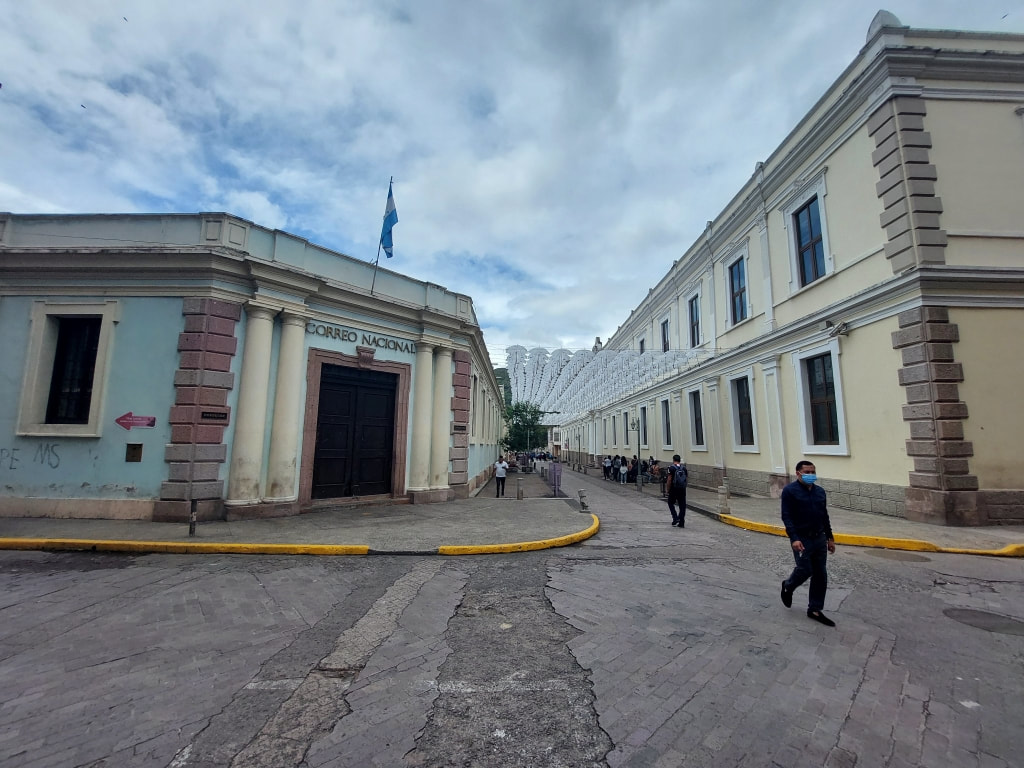 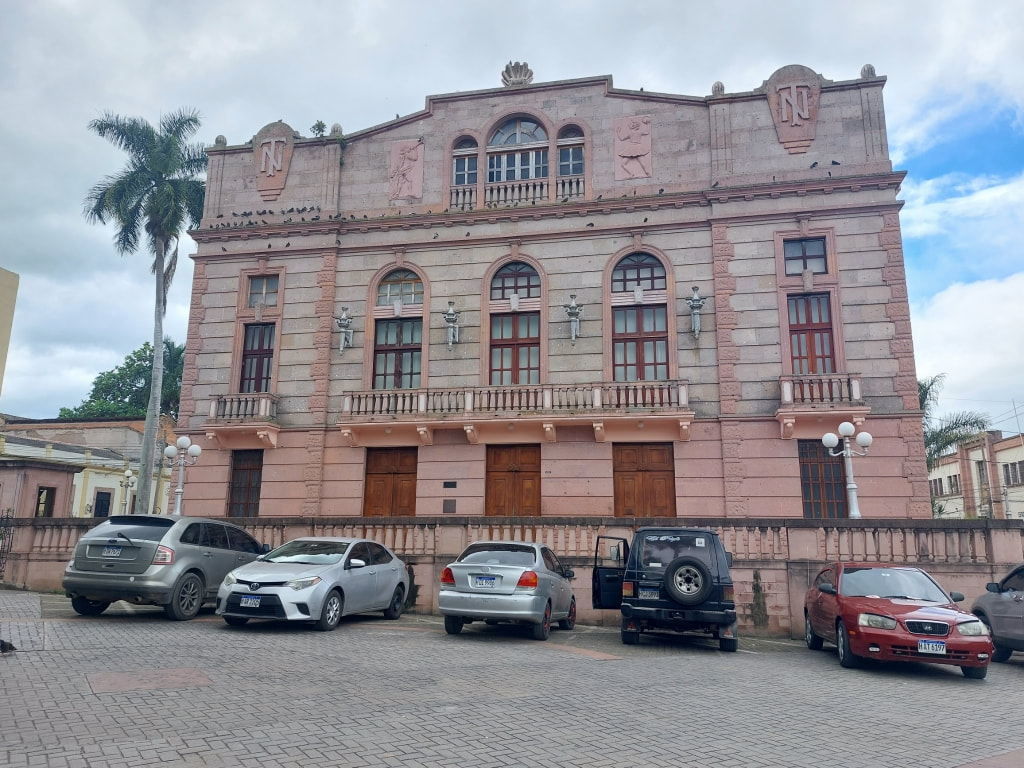 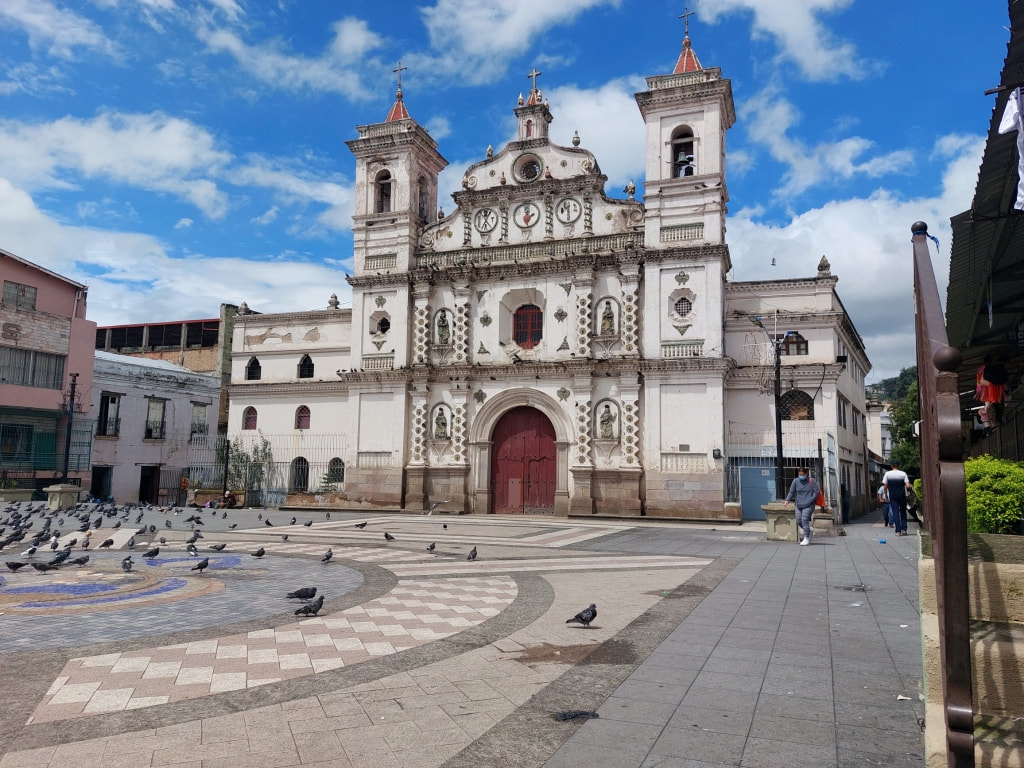 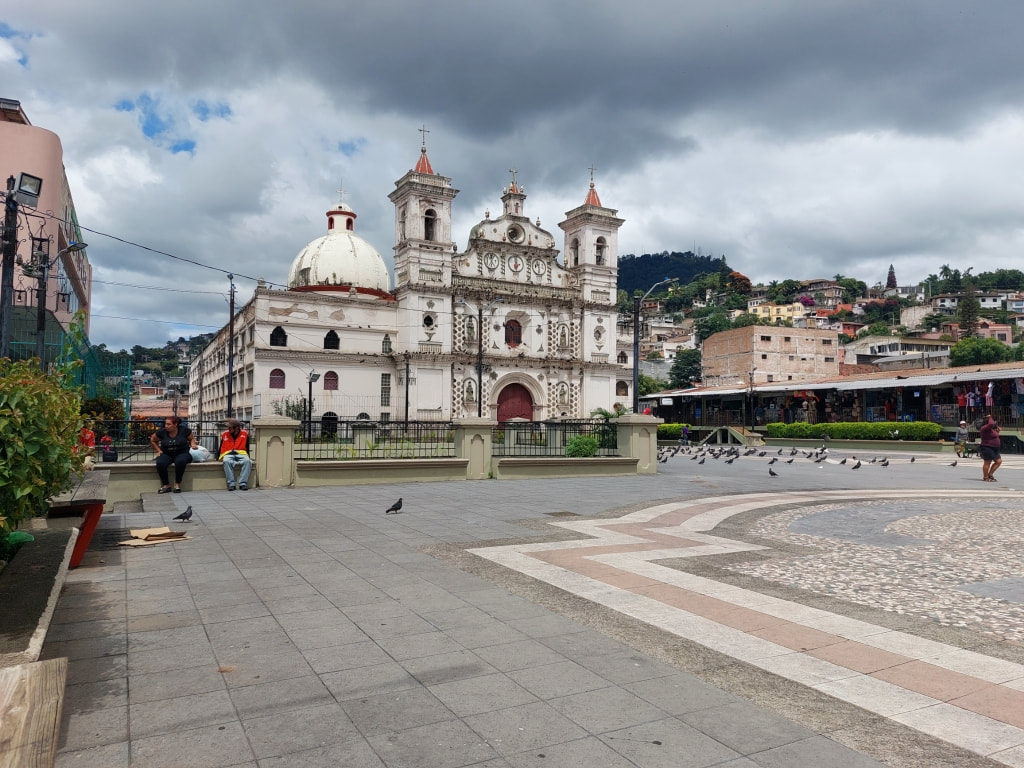 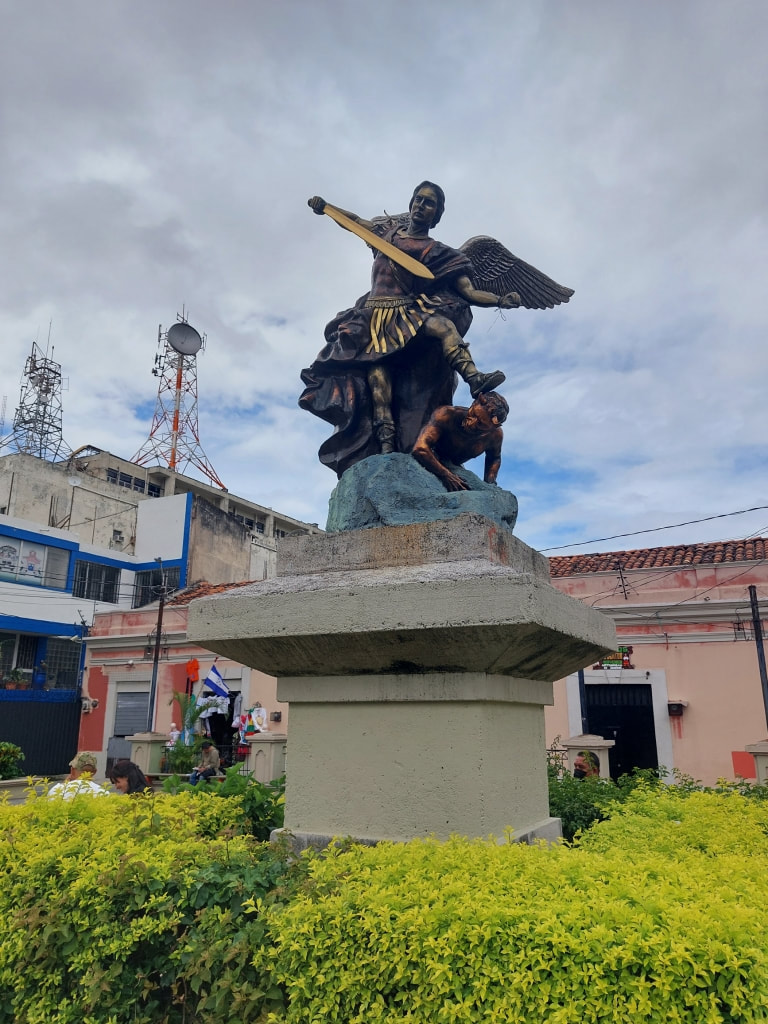 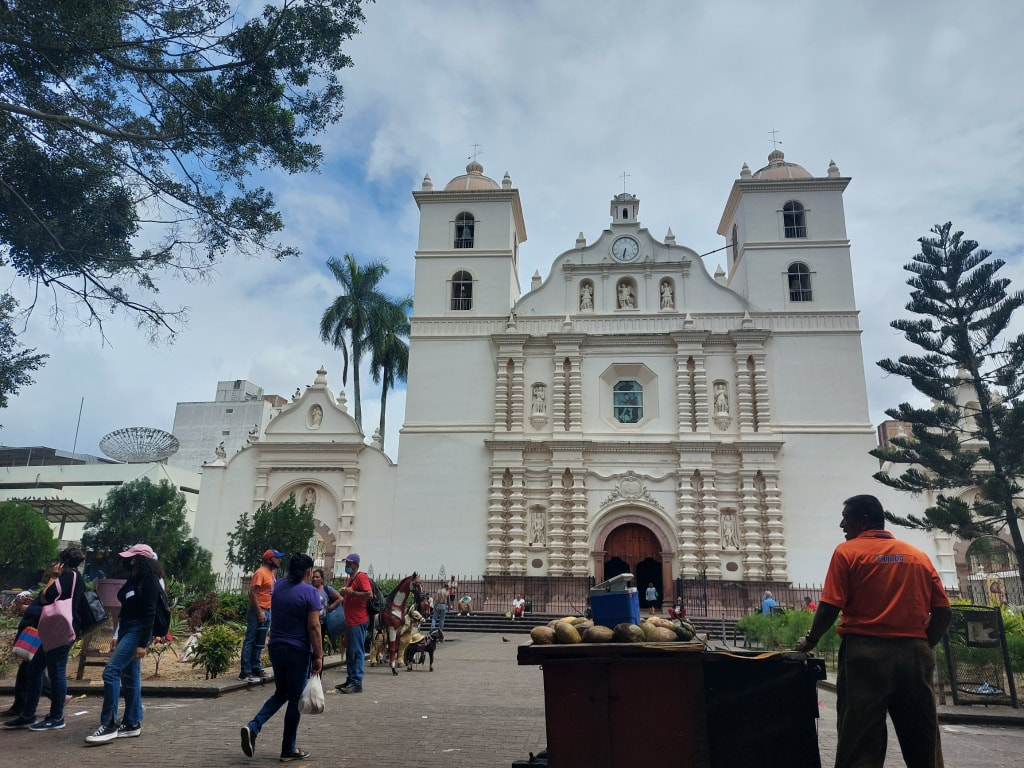 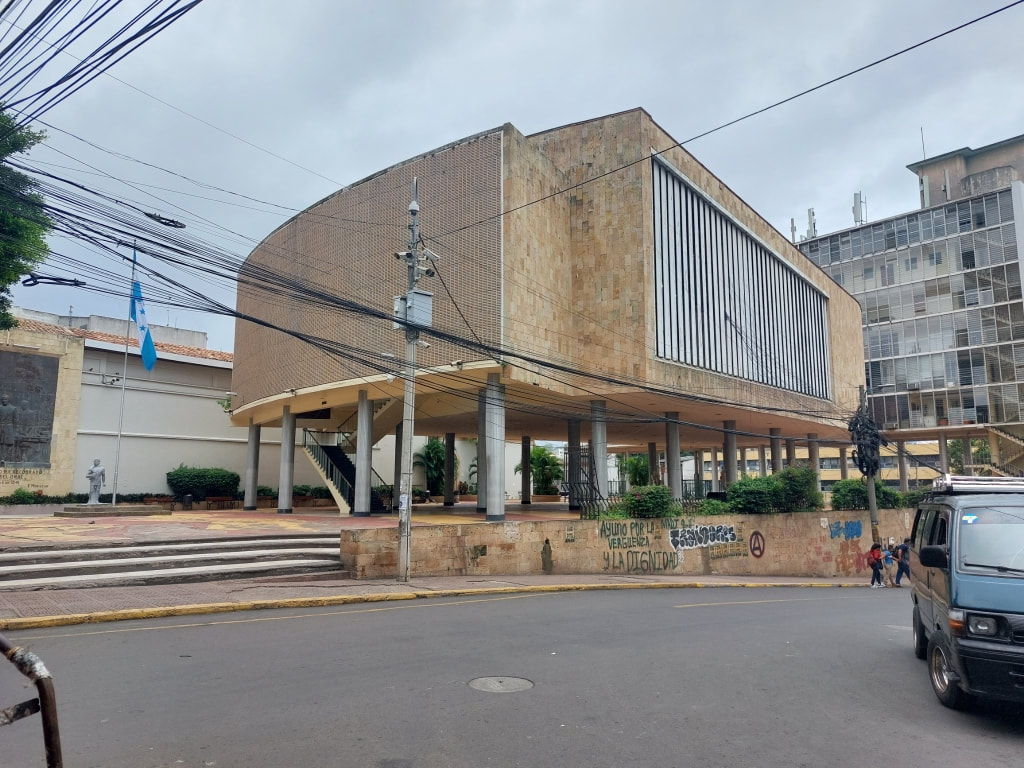 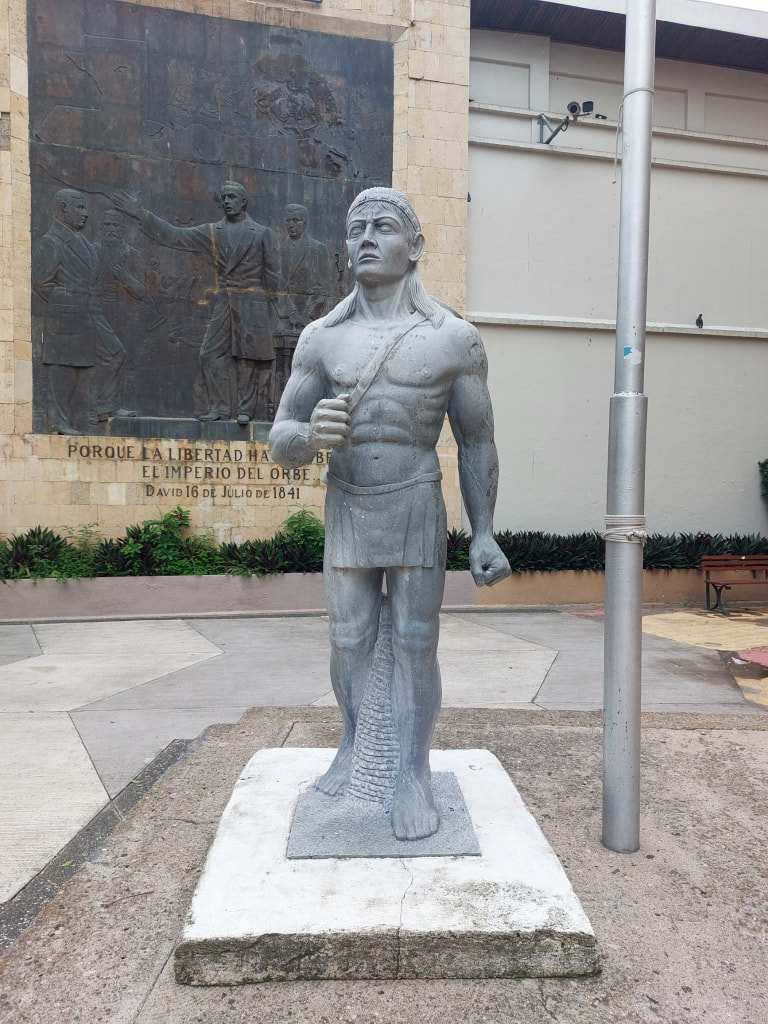 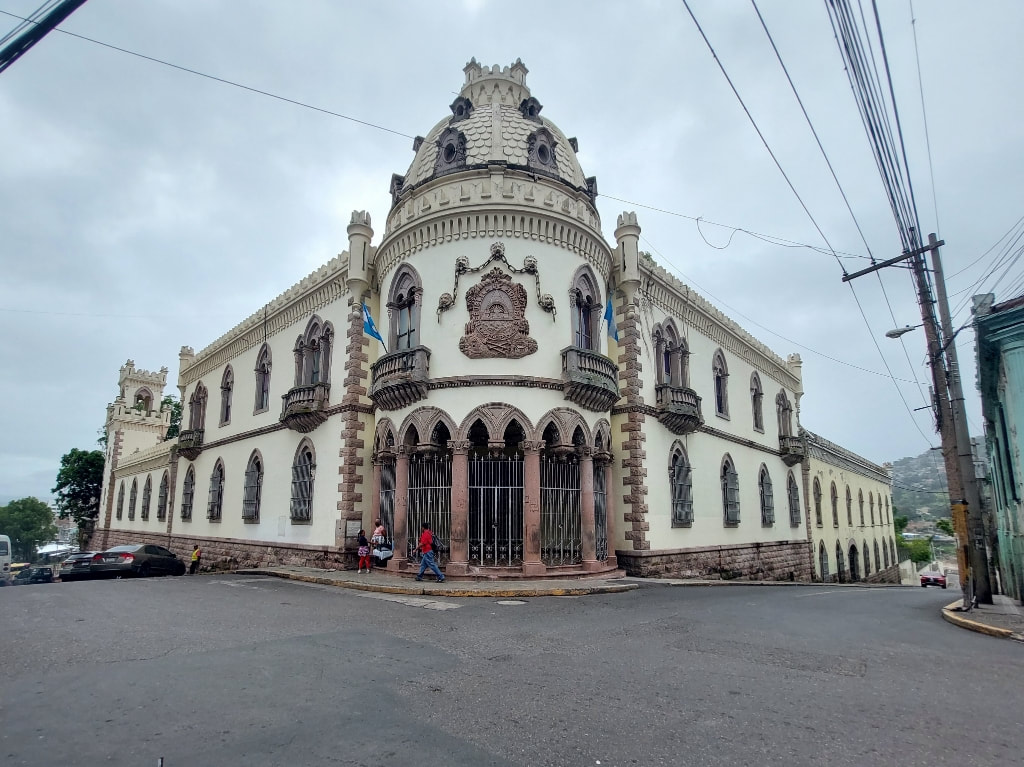 Typical empty strreet not far from the centre of Tegucigalpa: 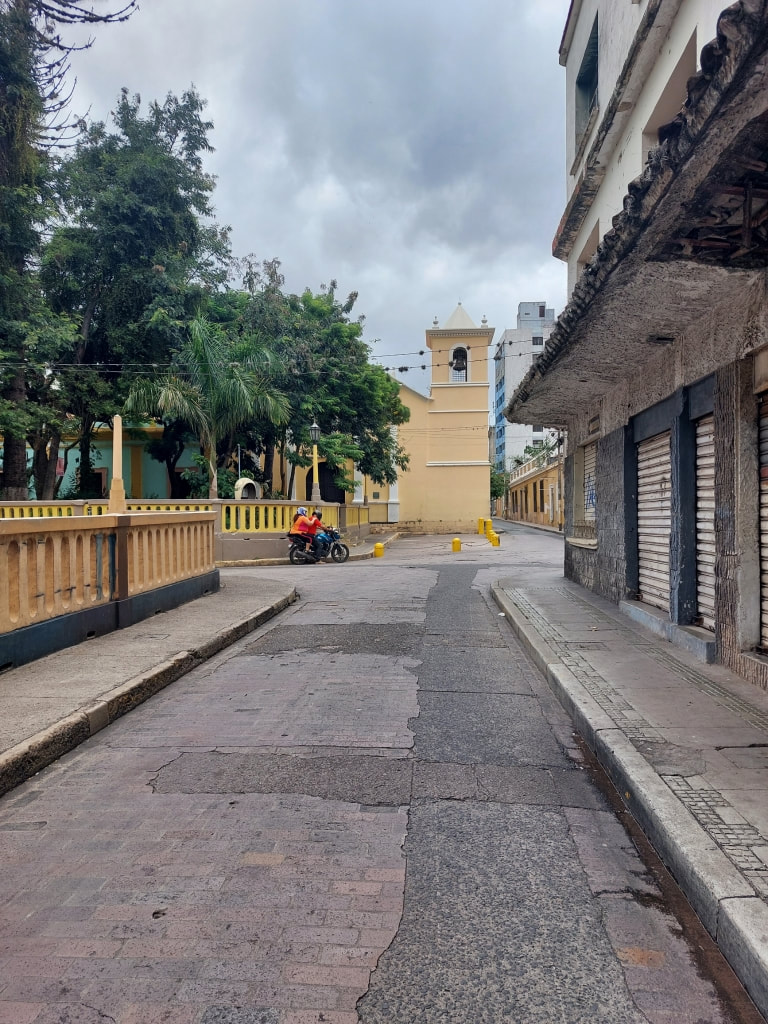 Hurricane Julia had ripped through Nicaragua the weekend I was there. It brought massive rains across Central America.

I walked down to the river. The river that splits the city in two. The less dodgy part in the east and the spectacularly dodgy Western part. I had no business there.

The river as seen from near the Mercado la Isla: 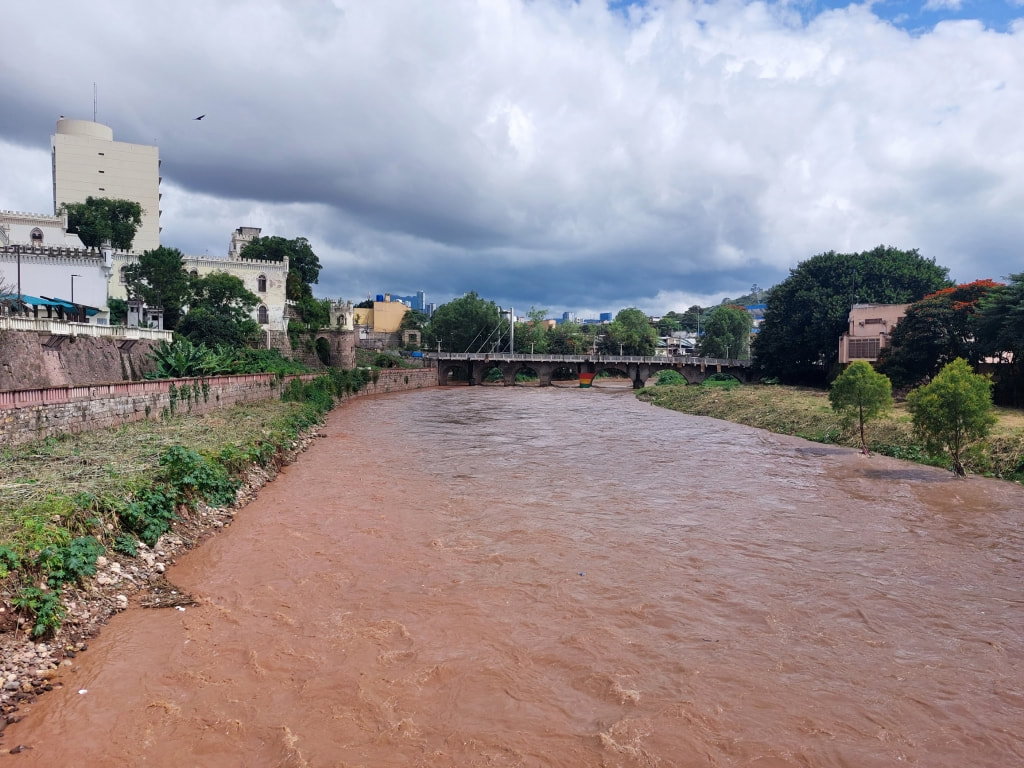 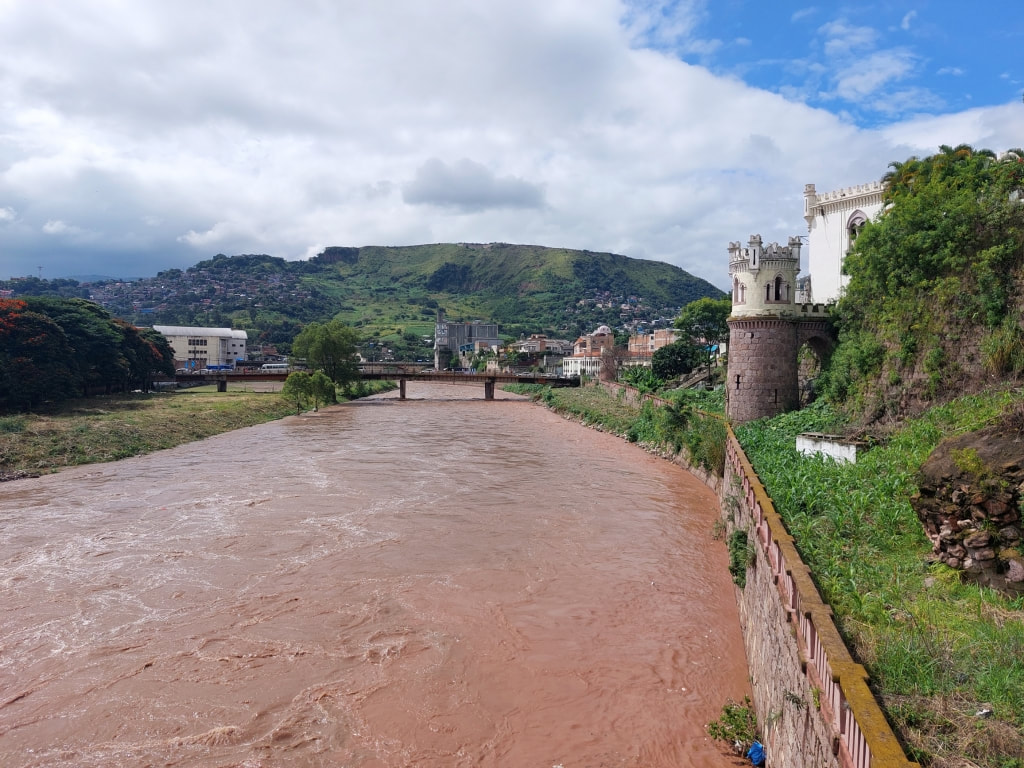 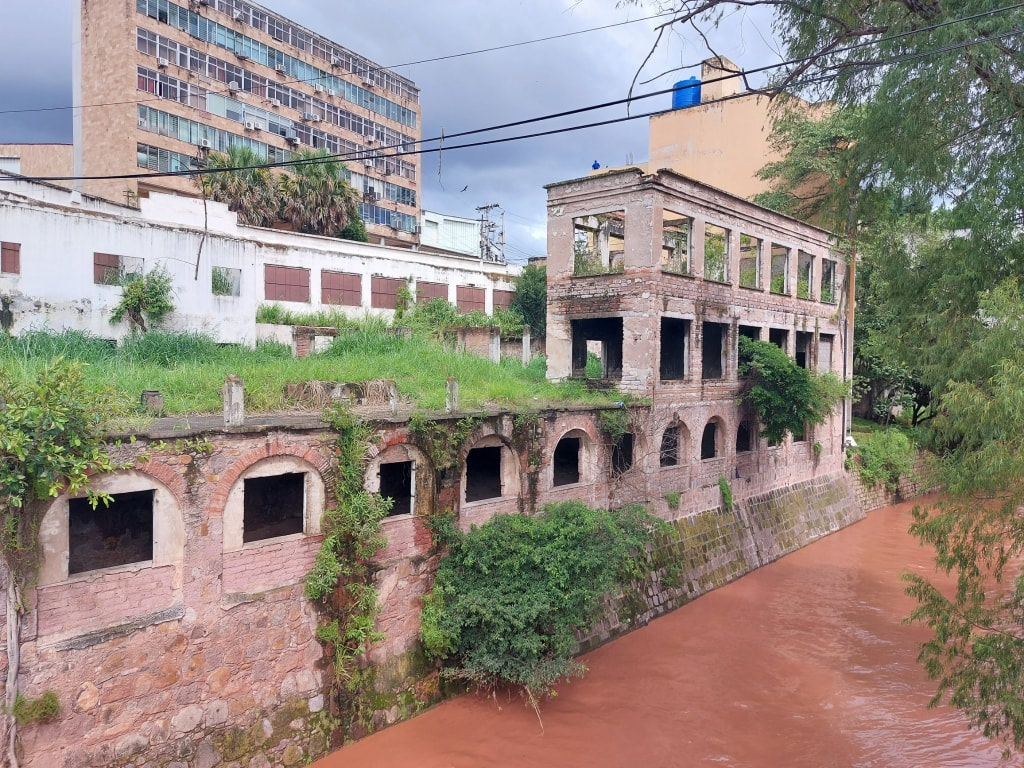 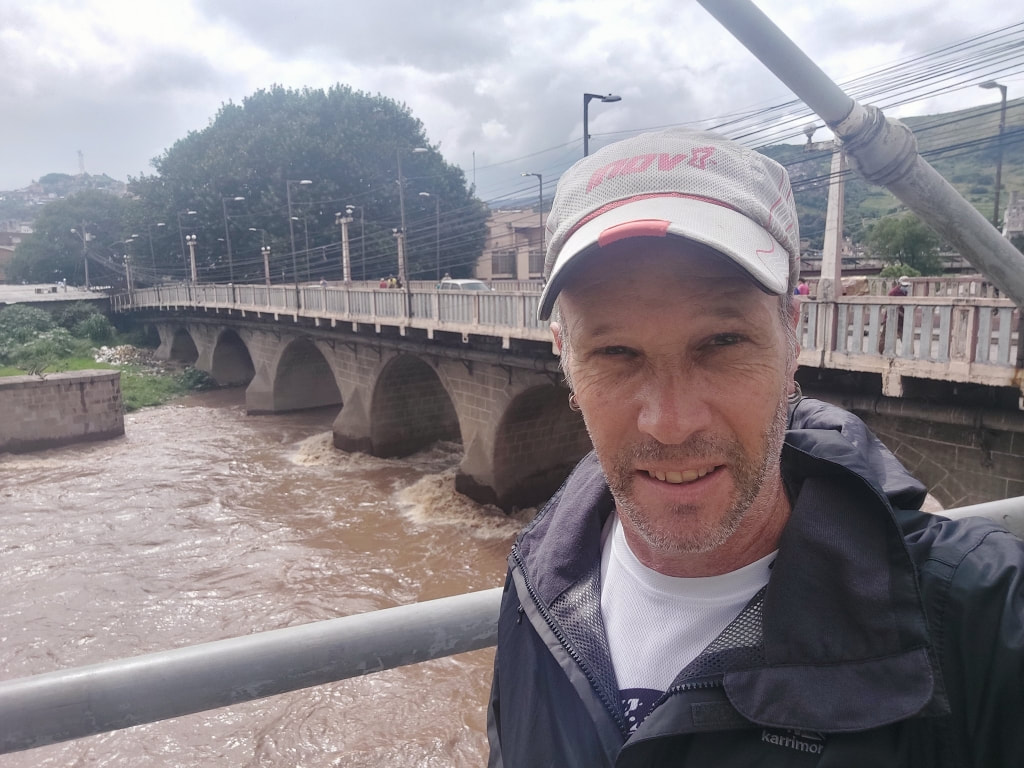 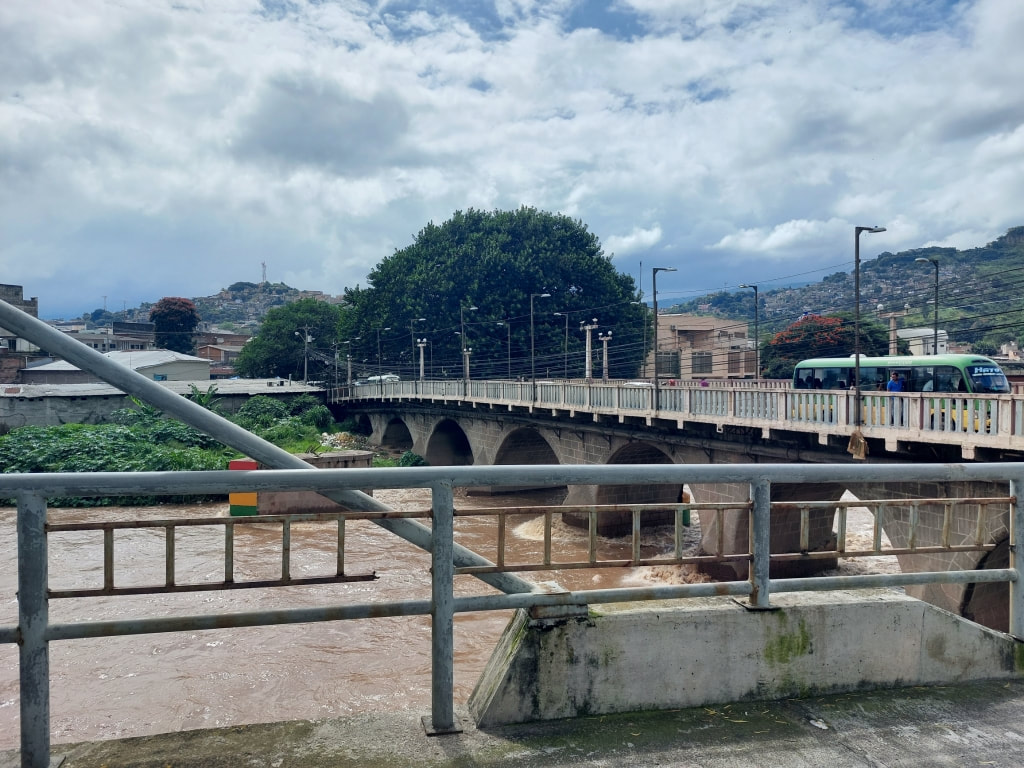 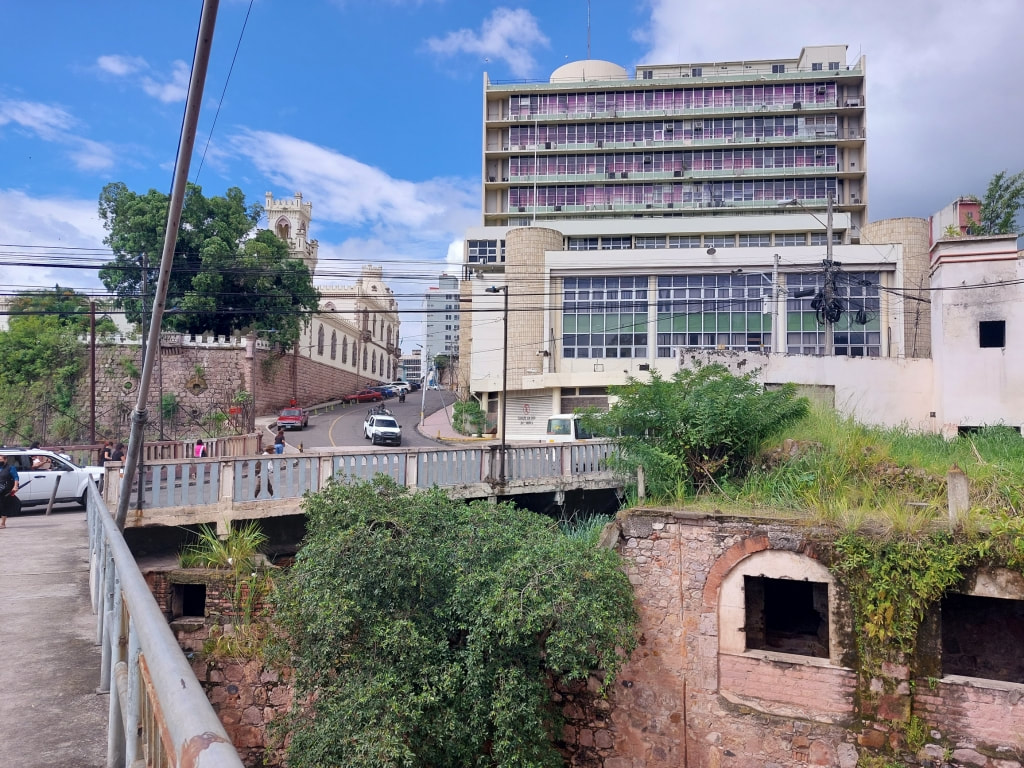 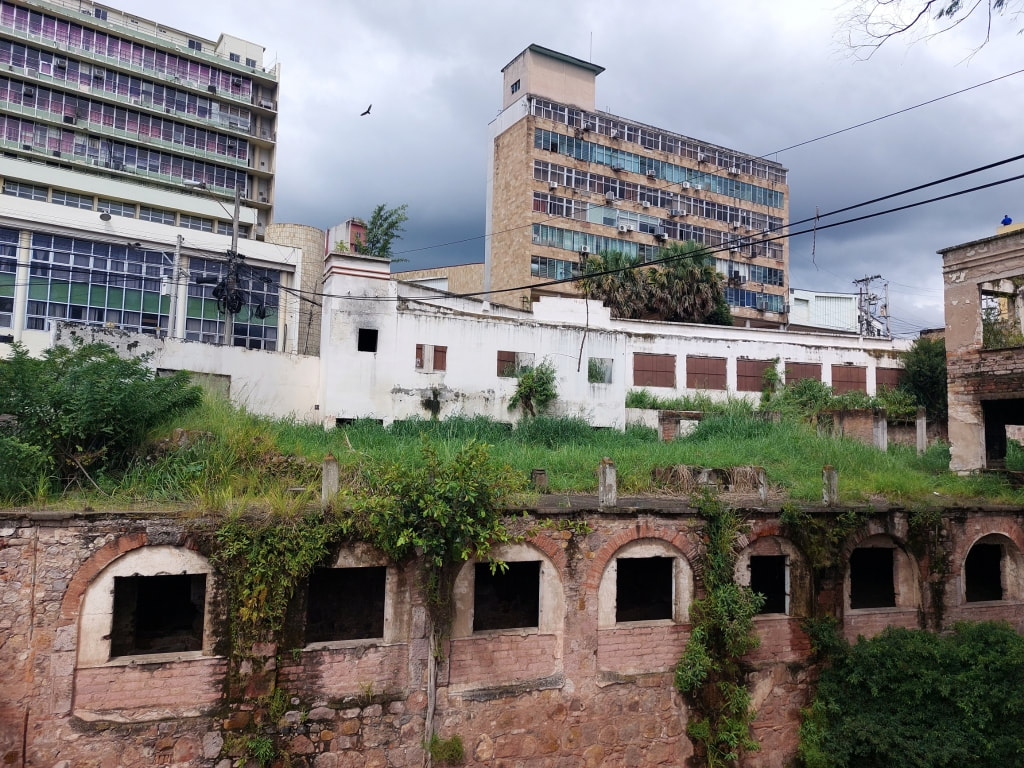 The centre is a little run-down  but there were many people out and about. I didn't feel like everyone was watching me. Just felt normal.

No different from San Salvador (The highways are in good shape, the buses are pretty good. So it's not all fucked).

But walking the streets in Honduras uses up a lot of mental energy. Because as OK as I felt, you can never be 100% sure what might happen.

I did hear gun shots in the night,!

But I am glad I came here to see for myself how one of the most dangerous countries in the world is.