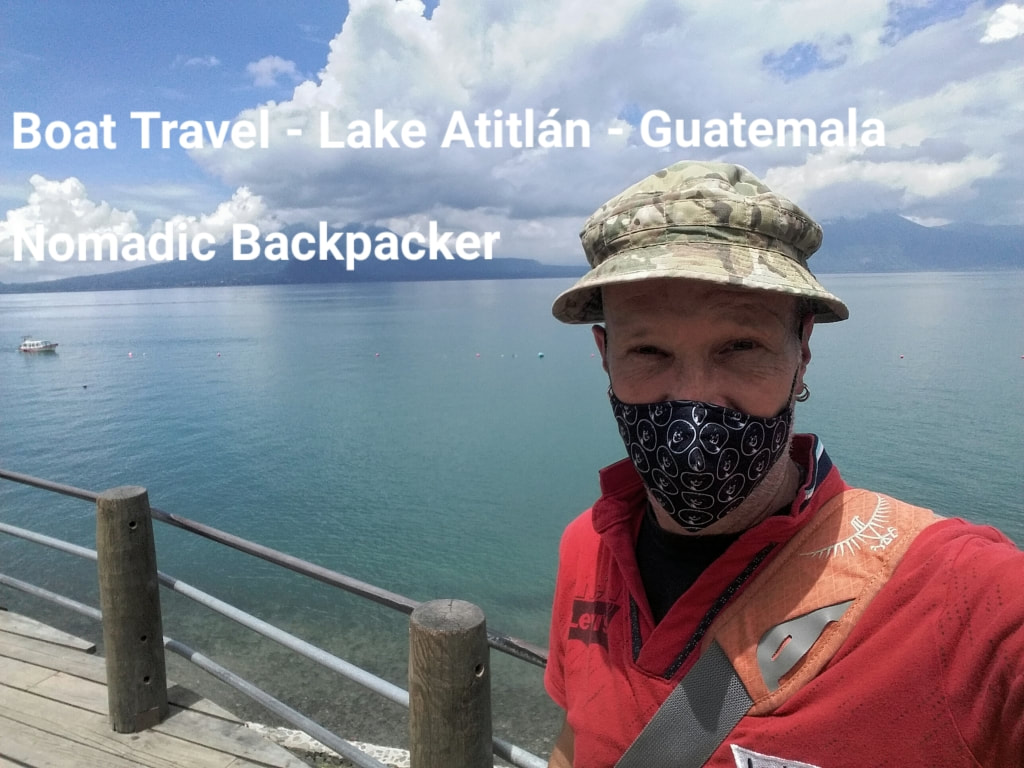 ​If you are watching every Quetzal or just hate paying gringo price (very common here), you may want to read this:

There are 2 docks in Panajachel. One is for the public boats and the other is for the tourist boats where you commonly go if you are a group or want your own itinerary. But there are a few 'Santiago Publico' boats too.

Head towards the smaller dock at the end of Calle del Embarcadero, the street running parallel to the main tourist drag Santander. This is the dock the locals use: 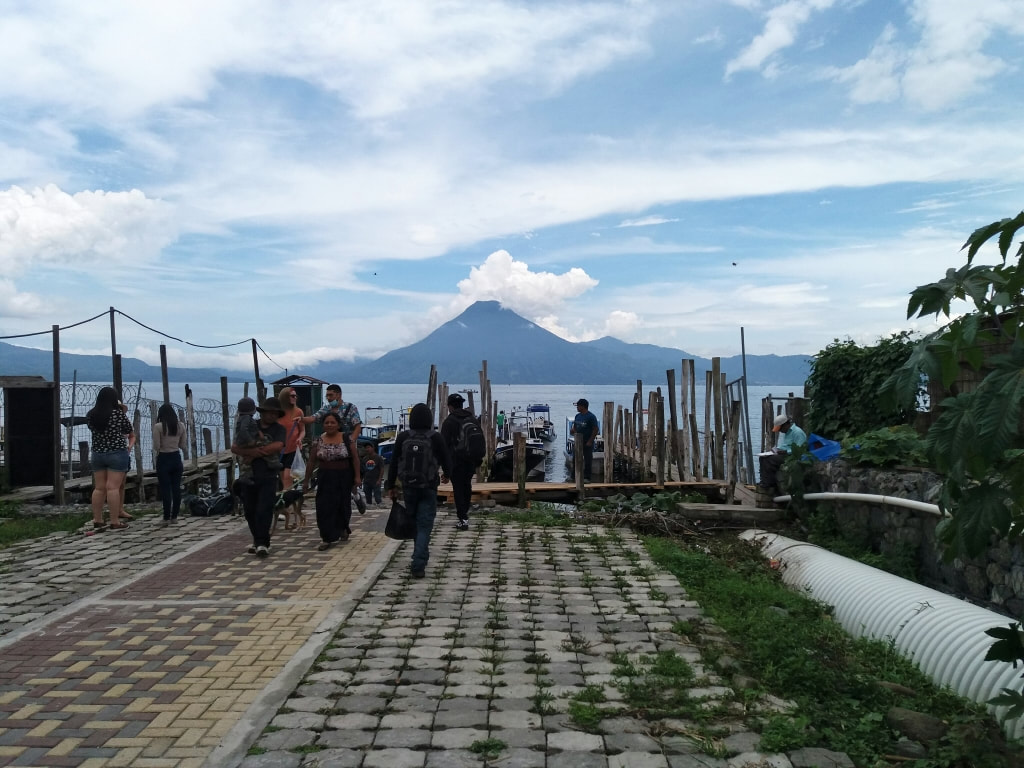 Walk past them and pretend you know what you are doing even if you don't.

If they in any way direct you to the boat heading to where you want to go, 5 Q will be added to the fare. The tout collects his fee later.

Of course if you like to support the tout and his (never seen a female tout working the buses or other modes of transport) family, go ahead. Make his day.

Touts can be useful at times when trying to finding the correct bus in bus station madness. Am sure touts make sure the bus stations remain unorganised because if they put signs up, they would be jobless!

Go down onto the jetty and stand there until the next boatman calls out your destination.

​Nearly all boats heading to San Pedro stop at all points along the way. Just double-check with the boatman as you board. 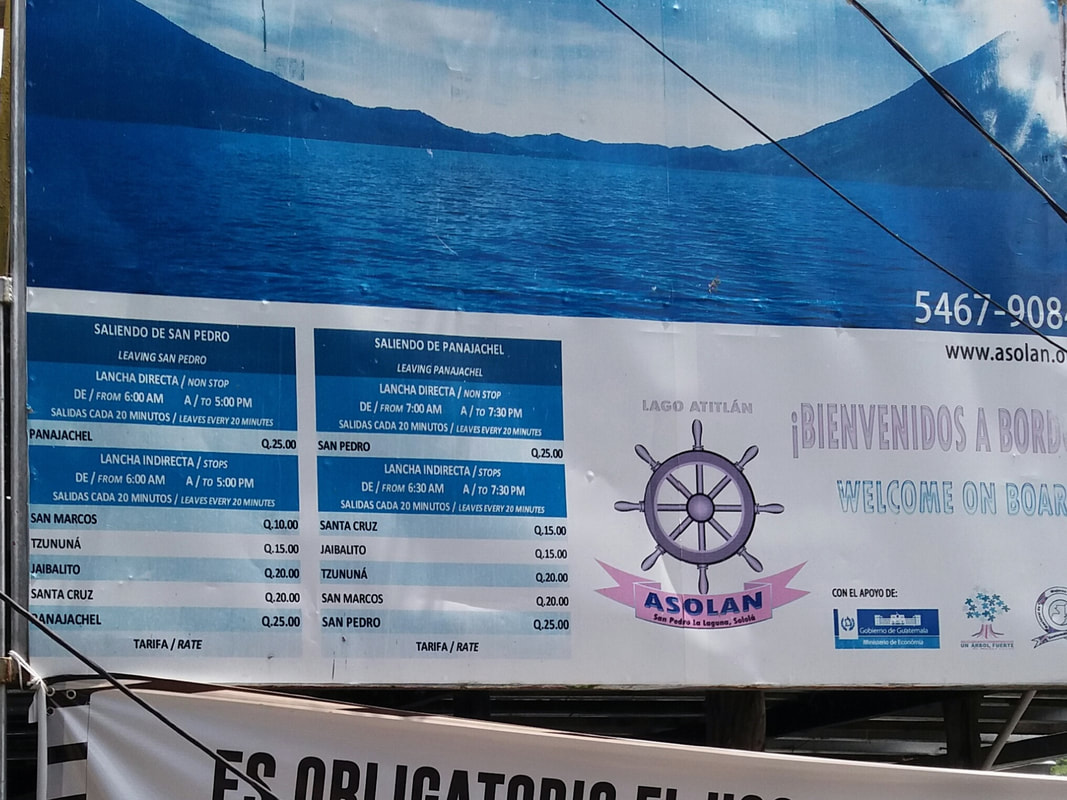 But saying that, from Panajachel to Santa Cruz I paid just 10Q as did everyone. Just make sure you don't pay more than the price listed above.

Pro Travel Tip: Always have a stash of 5Q notes and watch what others pay. Just pay what they pay. No need to ask about the price. If you have the exact money they can't make up the price or short change you.


Also as an extra Panajachel tip:

This place advertises breakfasts at 20Q, coffee or tea is included but when you pay they add on the price of the coffee at 13 Q a go. You argue the toss and they say, 'coffee is extra'. That's almost 2 USD for a cup of dishwater. 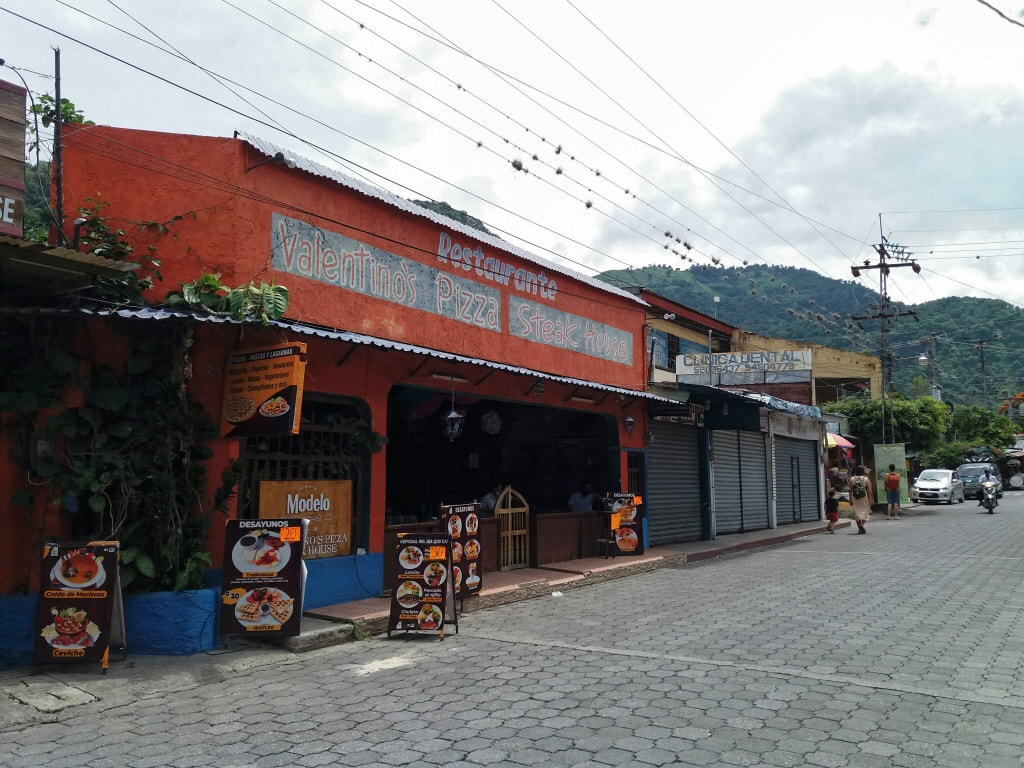 A better place is here, where the coffee IS included and tastes much better: 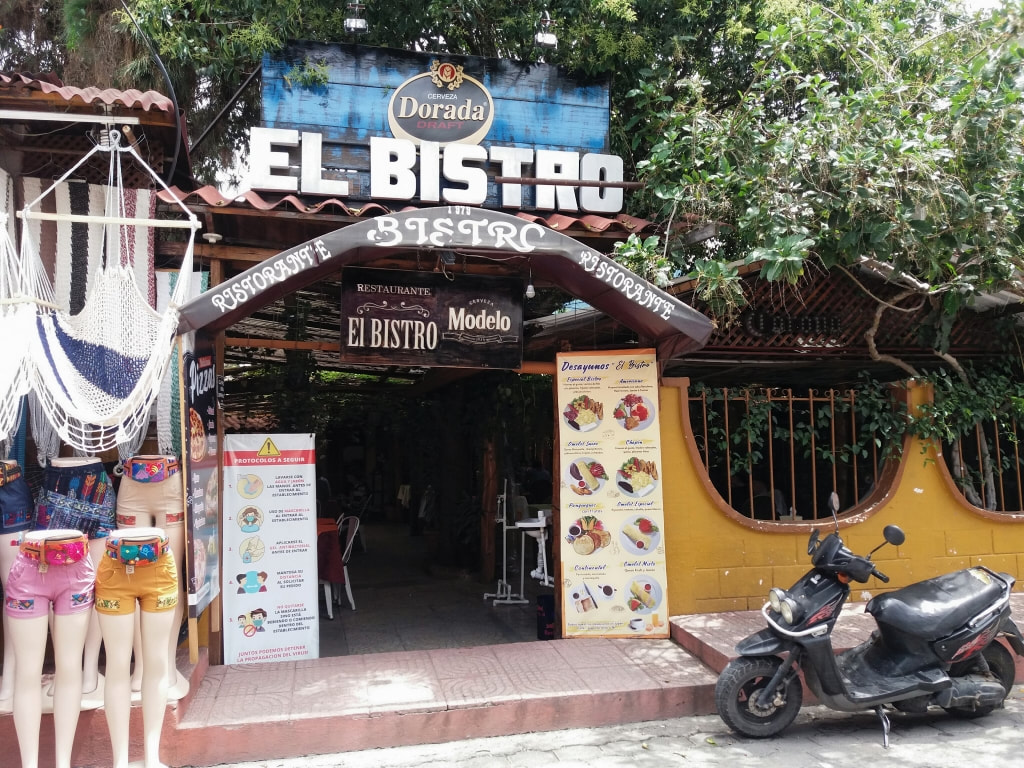