Connect on Twitter
Using the Pool House Hostel in Santa Ana as a base, I went to Chalchuapa and backpacked the archaeological site of Tazumal. 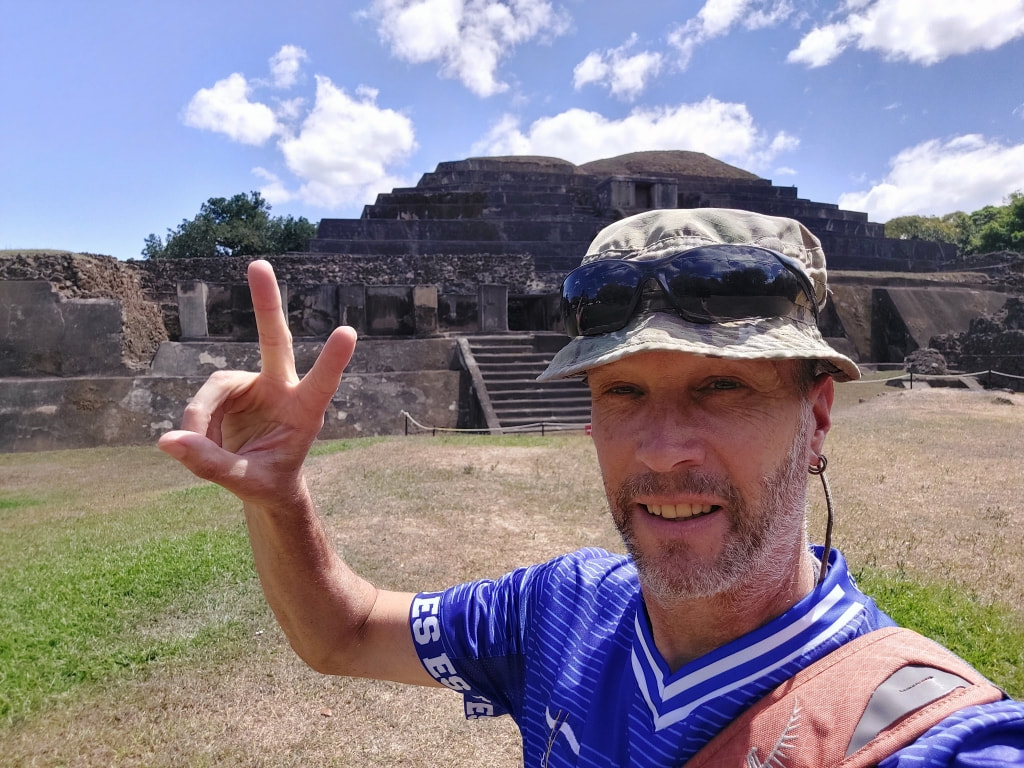 Chalchuapa is just a short ride from Santa Ana.

There are 2 archaeological sites in Chalchuapa. El Tazumal and La Casa Blanca.

I chose only one though. My destiny was determined by the flipping of a dollar coin. Heads would mean El Tazumal, tails, La Casa Blanca.

I flipped 3 heads in 4. So I guess the Gods wanted me to see El Tazumal. I wasn't disappointed.

So after a breakfast of ayote (squash) con queso (cheese) pupusas, I took bus #214 to Atiquizaya for 40 cents, from the main Bus Terminal "Francisco Lara Pineda", getting off on the main road coming into town then walking the short distance to Tazumal.

(Alternatively, you can better take bus #218 from a stop on Calle 9. This drops you much nearer the entrance). 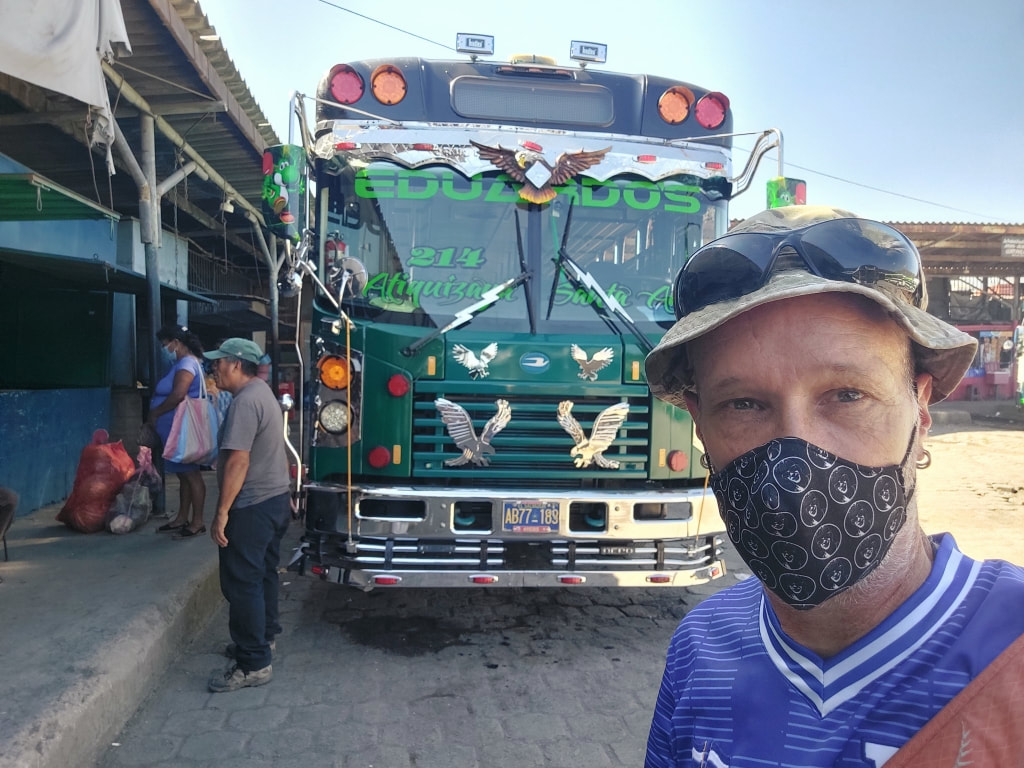 ​I was delighted to come across a Ernesto "Che" Guevara statue near the site entrance, who visited El Tazumal in April 1954. I have been hot on the heals of Guevara since Mexico. 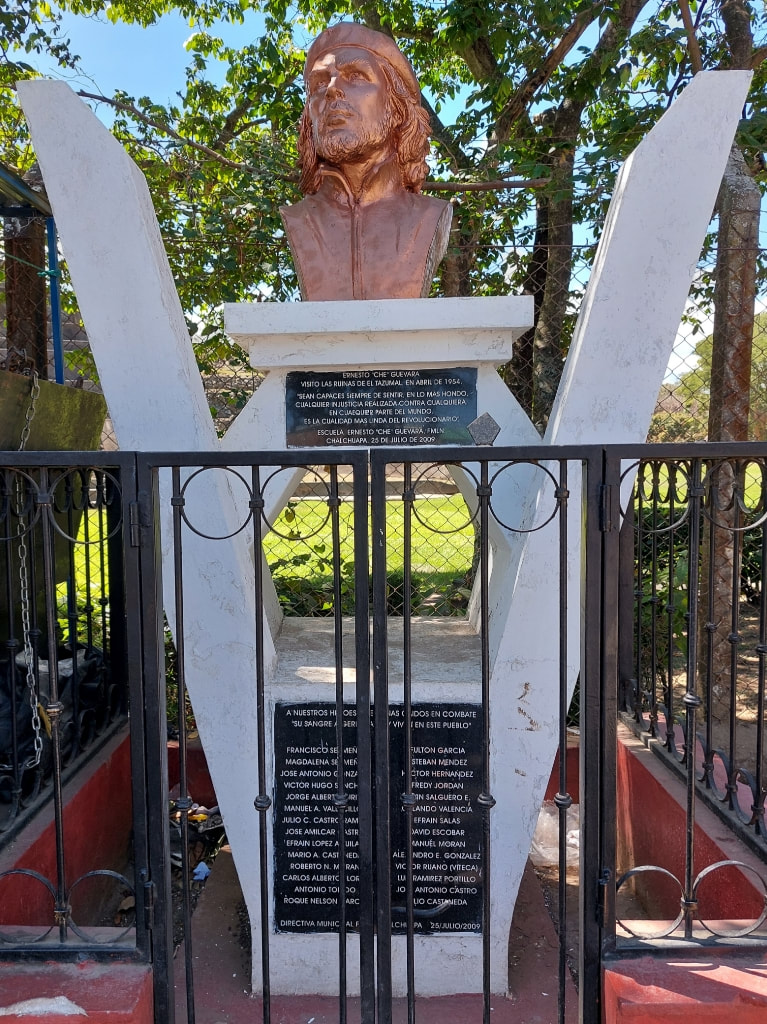 ​Pay your entry fee, 5 USD for foreigners, then explore at your own pace. There is a map that tells you the main structures within the site: 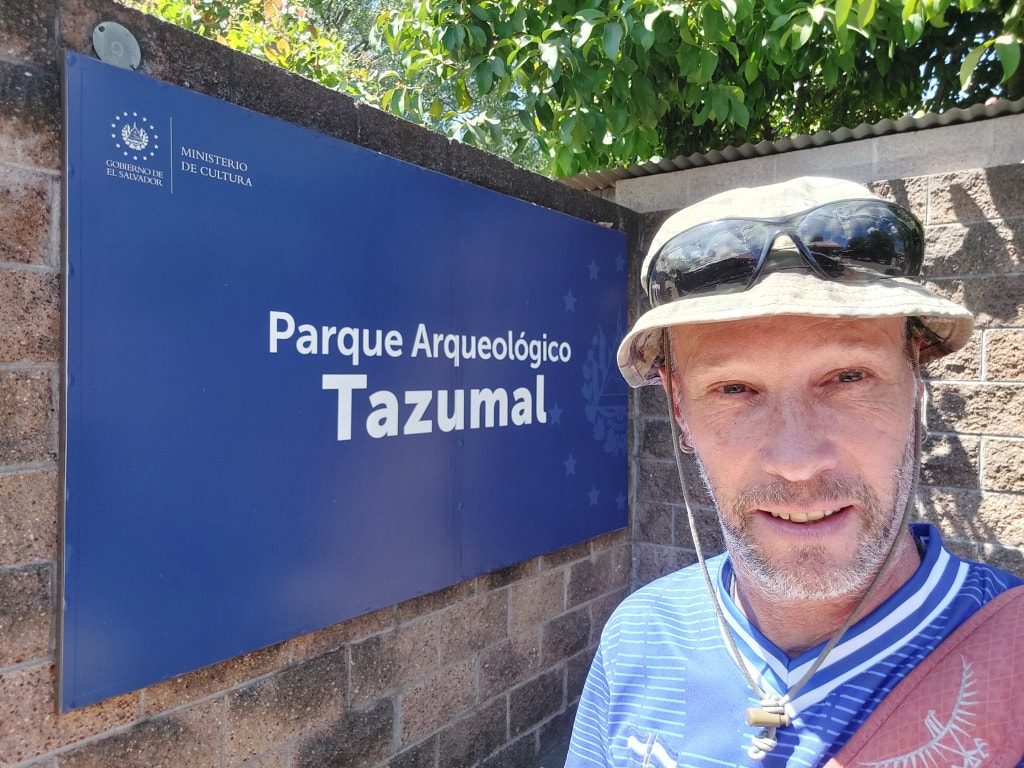 The Tazumal site is open, 9 am until 4 pm, Tuesday to Sunday! 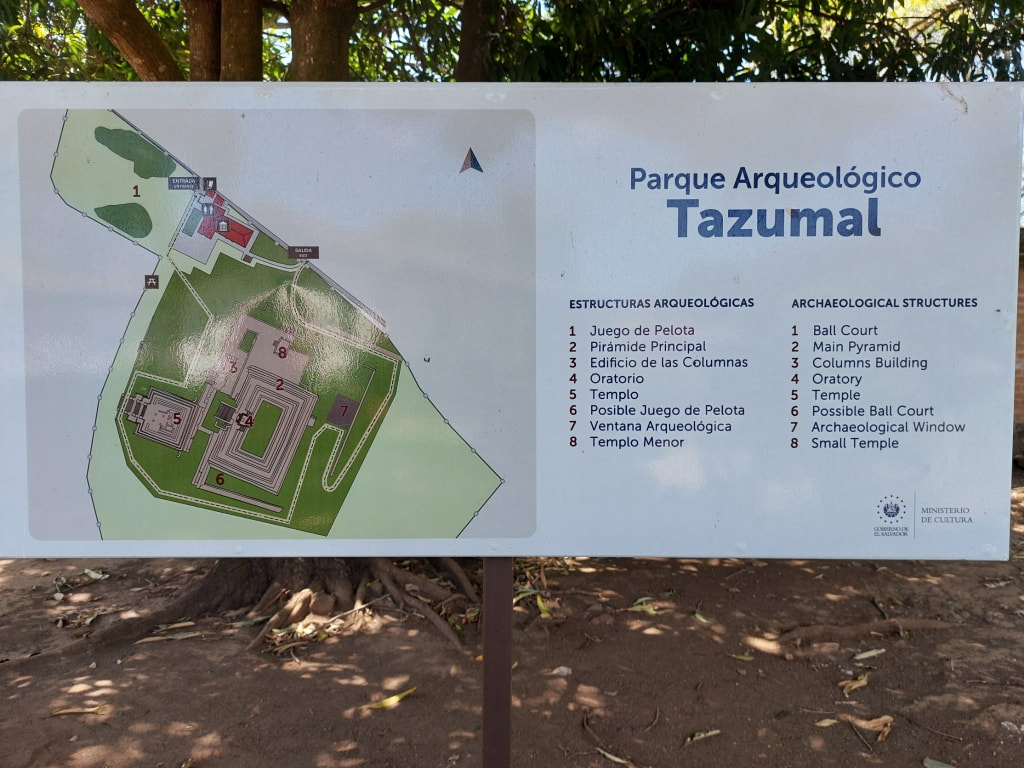 ​Visit the museum. Text is sadly, only in Spanish. 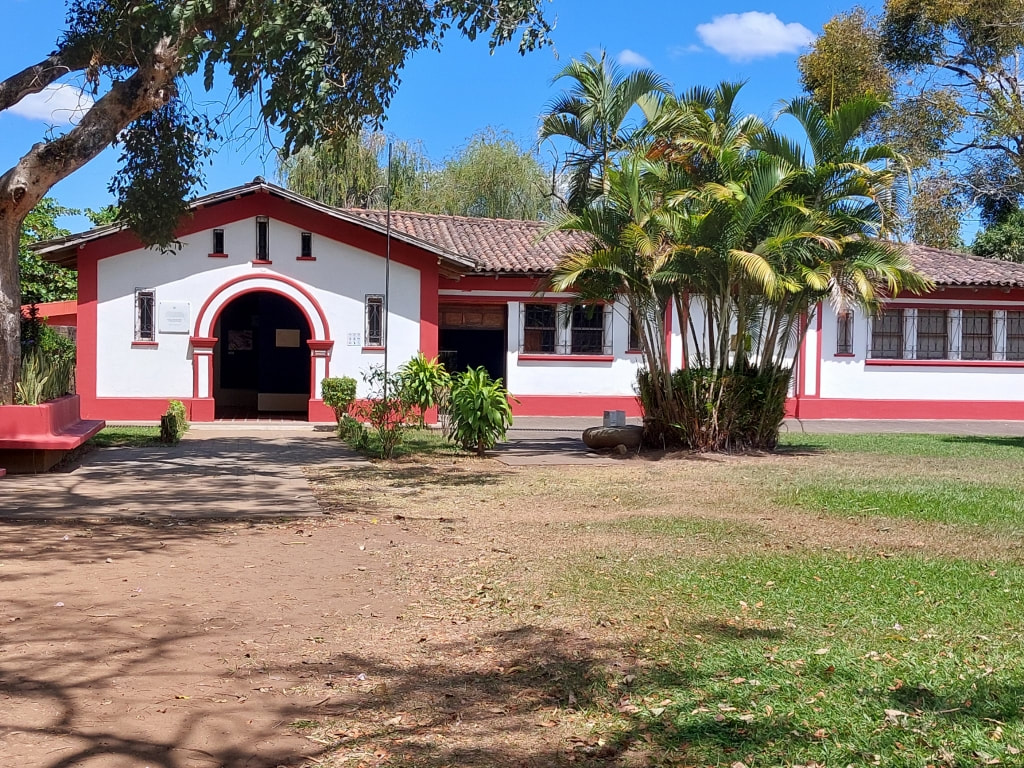 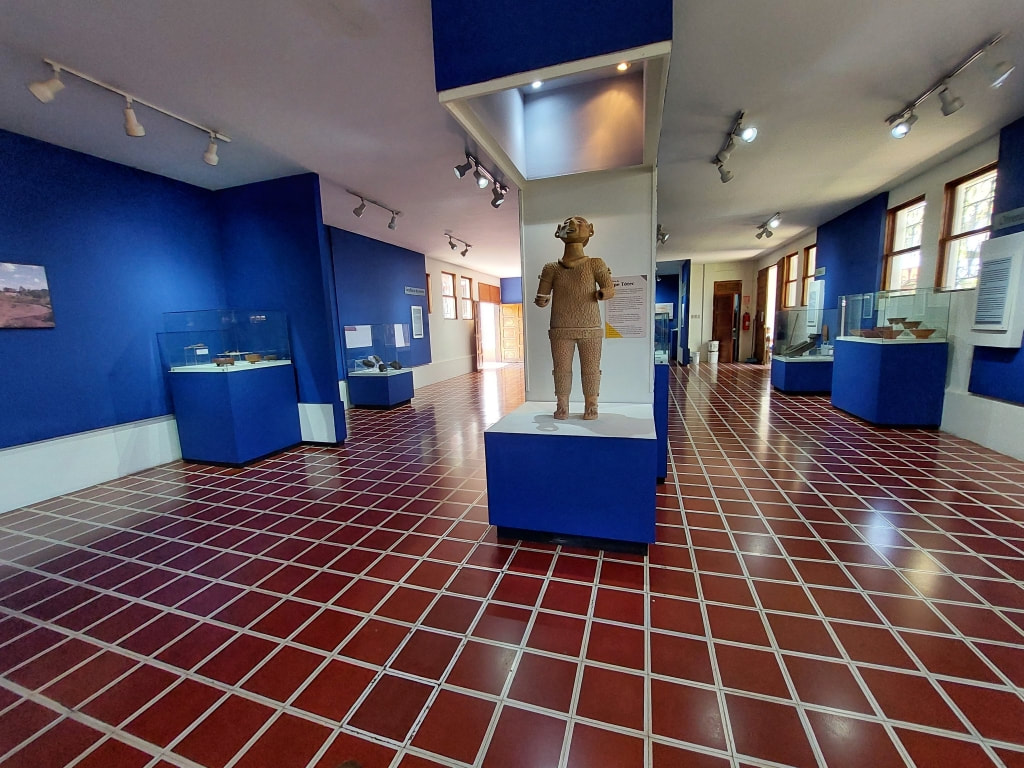 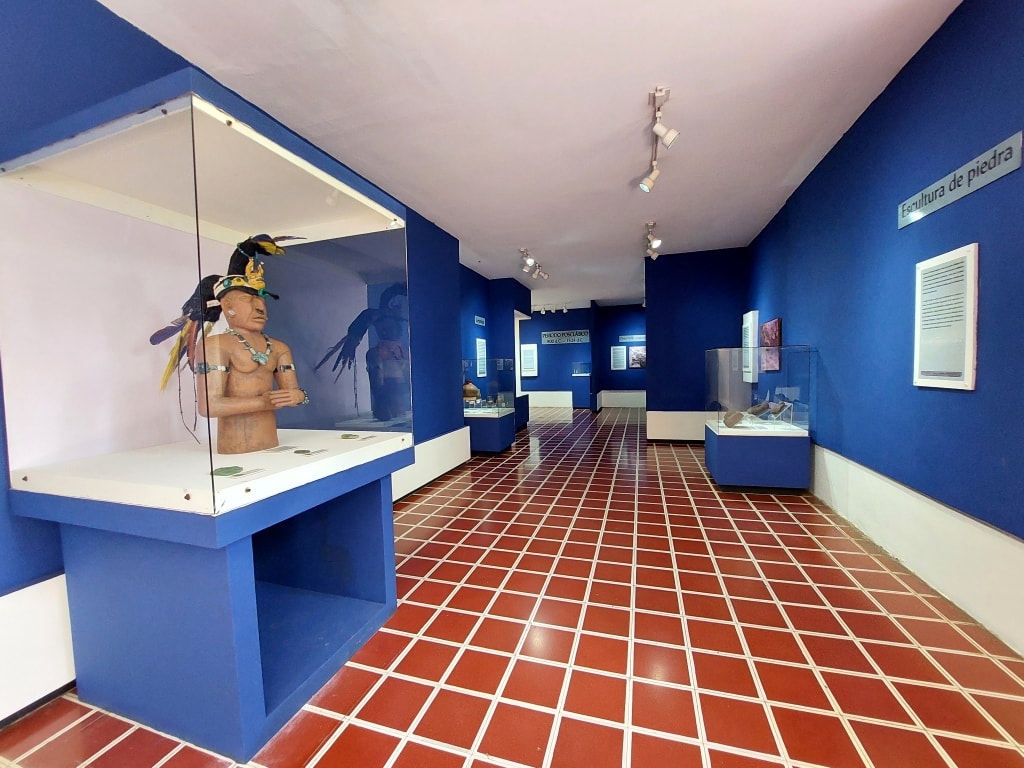 ​And then enjoy the Sitio Arqueológico El Tazumal. 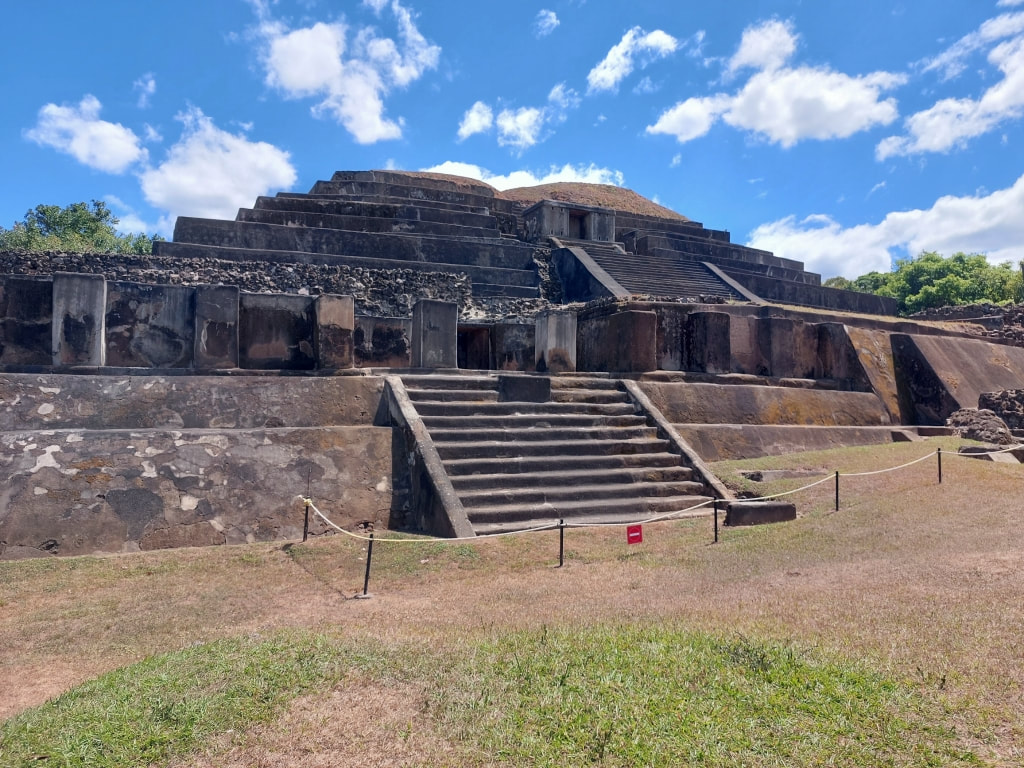 Tazumal is a pre-Columbian Maya archeological site inhabited since the Preclassic period and that is as far back as 2000 BC.

It has links to Teotihuacán in Mexico and Copán in Honduras, so it is a very important site. 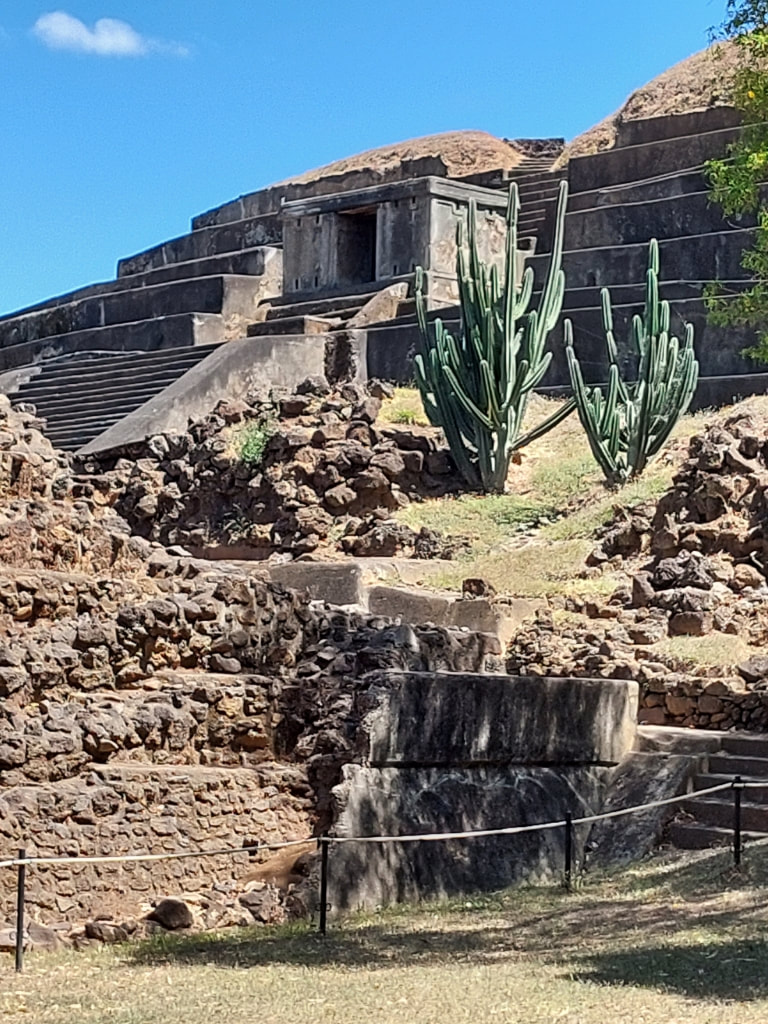 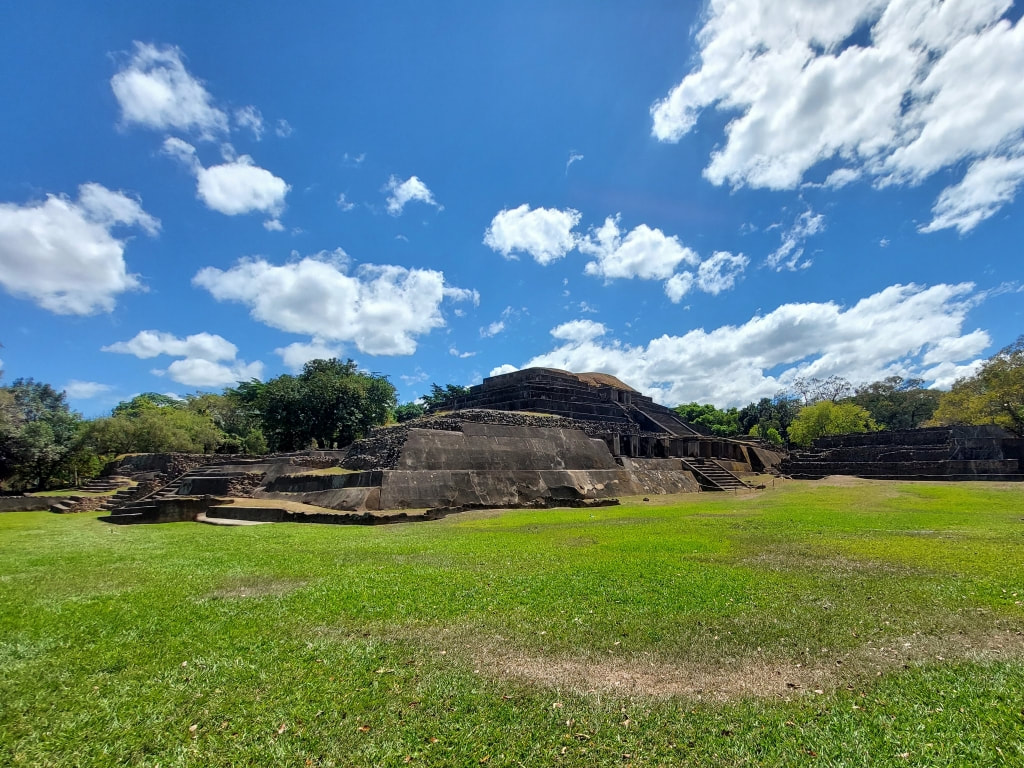 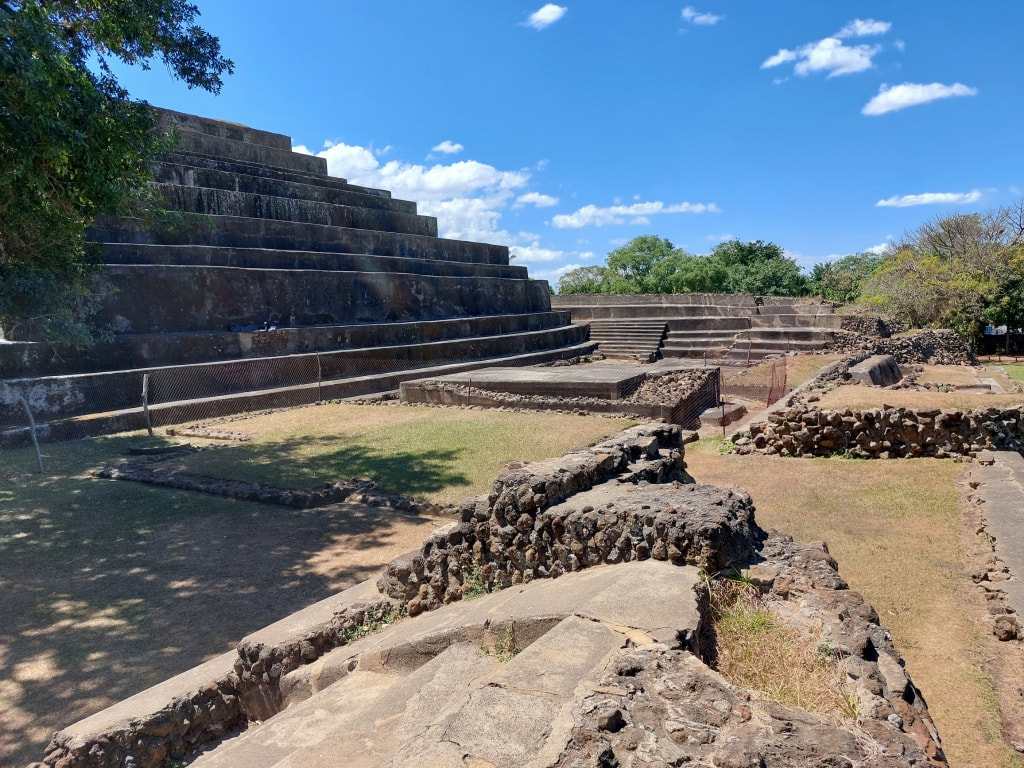 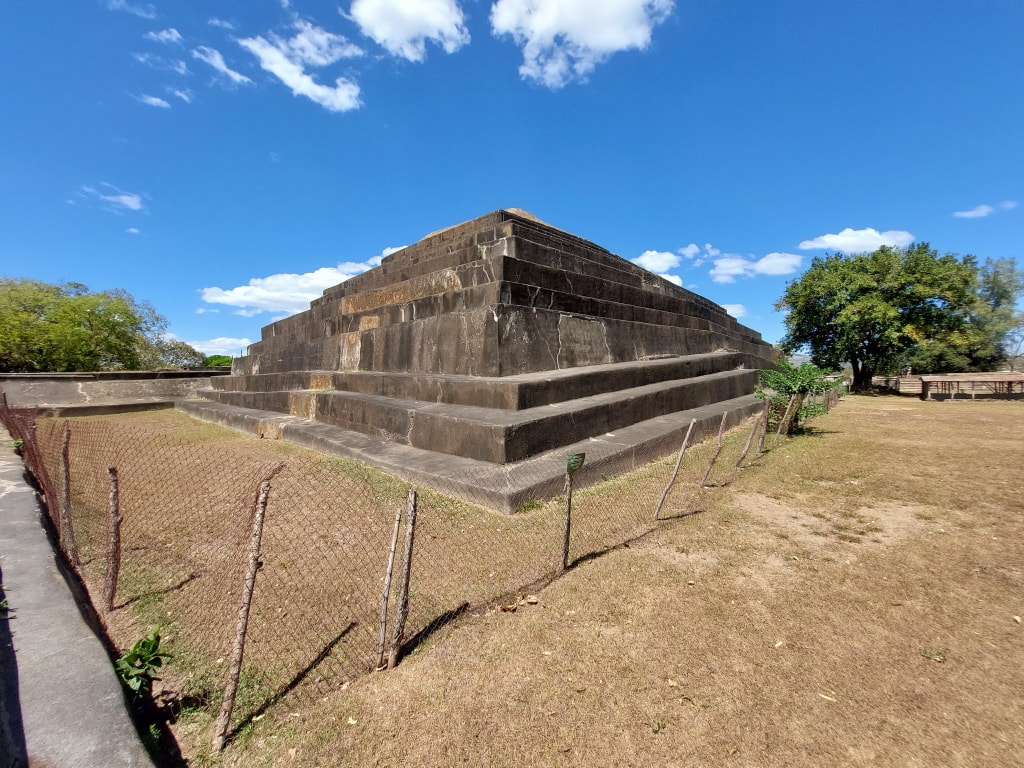 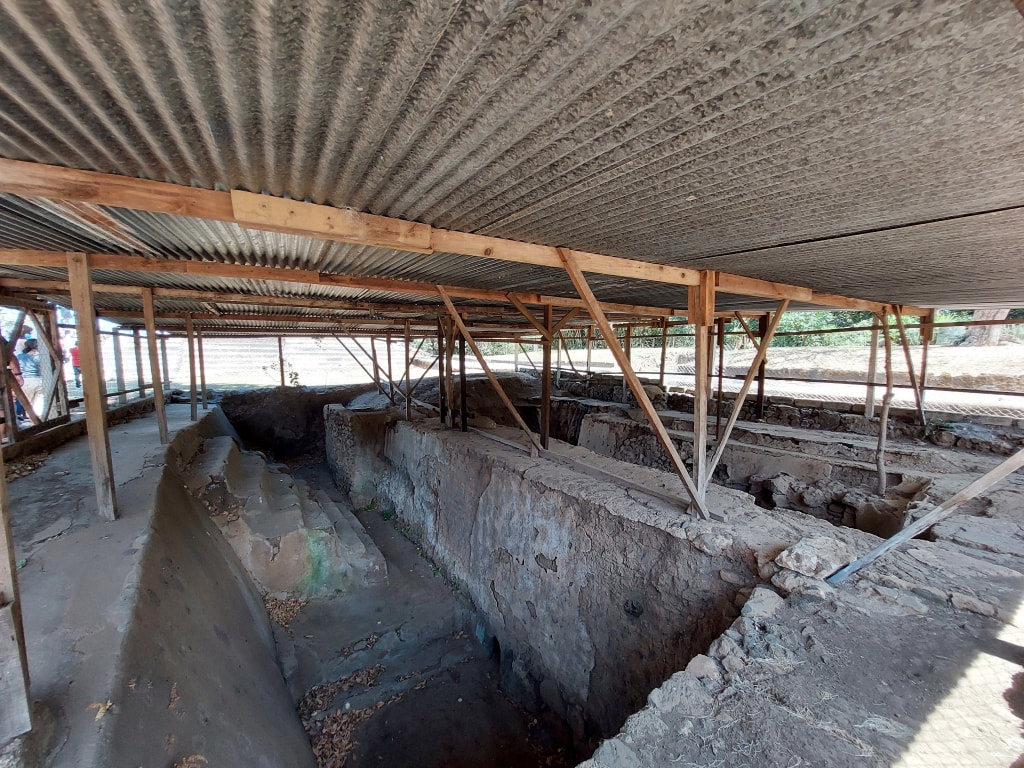 The grounds are a good place to rest (it's blazing hot), to think (dramas at home) and write:

NomadicBackpacker, the blog, is gaining popularity. I now have a few commitments that I can not afford to just forget. Posts must be written to honour the promises.

It takes quite some time to produce these posts. I am not simply copying what others wrote in a time before Covid, all blog posts are written on the go, based on my own experiences.

And then, despite my earlier thought process where I would only visit the El Tazamul site which was decided on the flip of a coin, I then walked the short distance to the Casa Blanca site.

Of course, I wrote a separate post on that: Backpacking the Parque Arqueológico Casa Blanca.
​Tagged under El Salvador