My kind of day: December 4 in CDMX 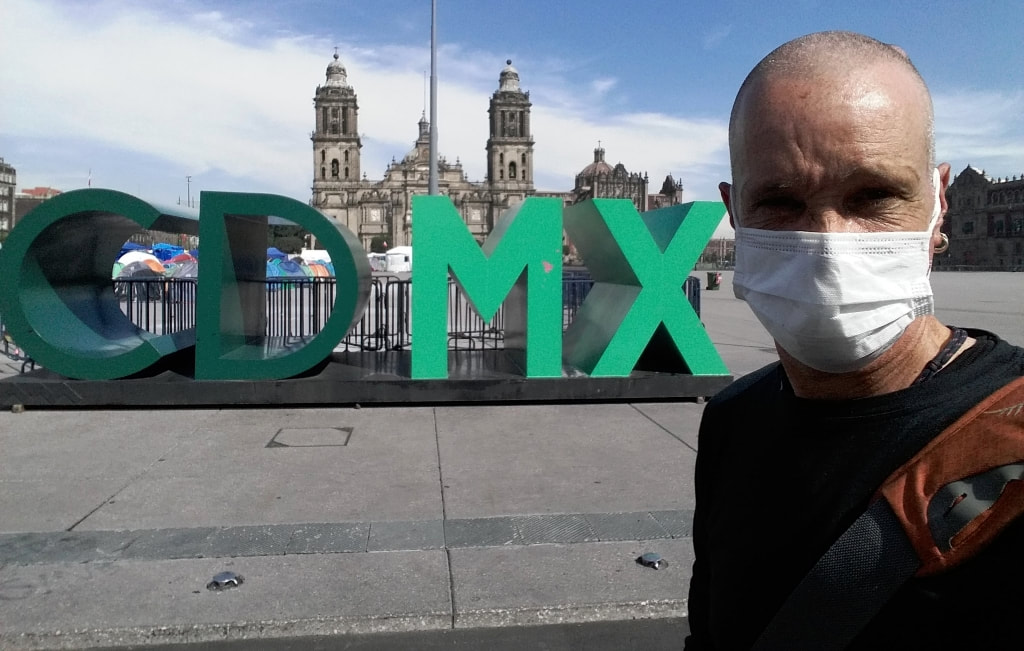 My day began super early. My body is on Turkish time, which is GMT +3 and now I am on GMT -6. So even though I woke at 2 am, my body was telling me it was 11 am. That's was a very long lie-in. Unthinkable!

I felt rested in my room at the Hotel Castropol on Avenida Pino Suárez, Mexico City. It is super comfortable when compared with my usual choice of hotel. It cost me about 25USD on booking dot com using my Genius discount. 500MXN.

I chose it because it was the first hotel which got back to me regarding the possibility of checking in at 'OMG it's early'. I had wanted to come from the airport at around 5 am and check-in and had been prepared to pay for the full night as I was expecting to be super ragged after a long flight and transit getting out of Turkey.

​But I reconsidered my plan and was delighted that they could most likely allow me to check in after about 10 am and in reality, I had arrived at 8 am, took breakfast and I had my room by 9 am.

My room at the Hotel Castropol on Avenida Pino Suarez, Mexico City:
I am a backpacker. Backpackers in my view are 'low budget travellers' but flashpackers with money to burn also call themselves backpackers and blog about 'How to travel the world on less than 50$ a day'. Hmm. 50$ is an awful lot.

​In Turkey, I was getting buy on 130TL a day, easily. That's less than 17$ and would include a beer and 3 meals a day. Living in Kenya during the lockdown, I was getting by on 15$ a day. So my hotel room here though acceptable to a flashpacker, this to me, is the height of extravagance. Yes, I can afford it but to squander such cash, what a waste. But I can do it for 1 night for the sake of some sanity on arrival in a city with quite a (possibly unjustified) reputation. I am not a down and out vagabond. Well not yet anyway. Jaja.

GoogleMaps can turn up some real gems when it comes to hotels. If you zoom in enough, it'll pick up on 1 or 2-star joints with no website attached, just an address and a photo or 2. That's how I found the Ferry Guest House in Banjul. We were 3 and it cost us about 14$ in total. The 'girls' were friendly. It was that sort of place.

​It's how I found Hotel Recreo, just around the corner. I went to inquire yesterday. 170MXN. That's just 8.59USD. Freaking awesome in a capital city in 2020. It has a bed, private bathroom, a TV which most likely won't be used, a window onto Calle San Miguel, a door that locks. What else does one need?

​The traditional backpacker hostels don't get such good right ups. Mentions of bed bugs, valuables being stolen when luggage being was being 'safely' left. Dorm rooms can be had for 10$, private rooms in these hostels are as much as 20$. I had read that cheap end hotels can be found that are not on any booking sites. Enter the traveller!

​I am prone to acts of digression. Apologise! Back to the topic in hand. "How I spent Friday, December 4, 2020, in Mexico City".
​
From 2 am until 5 am I tried to go back to sleep but I gave it up as a bad job as my mind was busy with plans and upcoming blog posts, not to mention the jet lag.

I read up on a plan of attack for Teotihuacán, "City of The Gods", an archaeological site 40 clicks northeast of Mexico City, home of some of the largest ancient pyramids in the world.

I set up my 'Backpacking in Mexico City' page and come up with the idea for this page too, which may well be a regular feature so you nice peeps can see how it is and what I actually do all-day, the life of a Long Term Traveller.

​I shot some short video clips from the room but was unhappy with the results. I binned the idea. I took a long shower. I packed up my stuff for the pending check-out. Went downstairs for breakfast. This was a slight extravagance. But it was good and does set me up for the day. 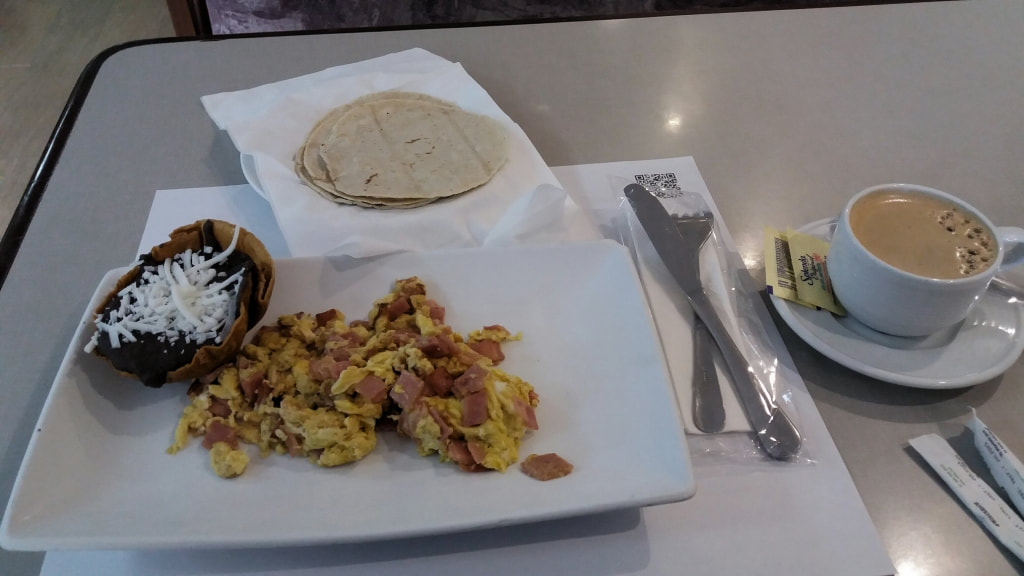 The need to relocate created a bit of havoc with my morning. I like to be productive and have lazy afternoons and the time spent 'waiting' for check-ins is time I'd rather spend doing something else but hey-ho.

​Breakfast killed some of the time and at 9 am I went back to the Hotel Recreo. Today I met the guy from yesterday's twin brother. He was mega uncommunicative, didn't even want to try and help and then decided he didn't want me there, shaking his head and repeating 'no'.
I found another place and got the 'mayo/niet' treatment as experienced in China and Russia.

This was frustrating. But I decided, to hell with the cost of the luxury room. It's been a tough year. So I just extended.

​So on with my day:
'Forewarned is forearmed' a proverb meaning: prior knowledge of possible dangers or problems gives one a tactical advantage. Used in the British army.

When buying tickets I like to know what to expect. Old habits die hard. I asked the chap on reception here about the metro tickets.
​
You get a 'top-up' card, which costs @December 2020, 20MXN, each ride costs you 5MXN. The single-trip paper tickets are still available and cost 5MXN. I went for the 'top-up' card:
I rode Linea #1 the oldest of the metro lines in Mexico City, 5 stops from Pino Suarez to ​Insurgentes. I went to a kiosk to get a coffee, found somewhere to sit and the 'bag' I was given, containing unwanted milk and lid didn't have any sugar in it. Back to the kiosk for the sugar. Found a new place to sit and some young lad came and sat right next to me. I understood 25 Pesos and nada. The way he was dressed told he could afford his own coffee if he wanted. And his proximity told me it was better to leave, like asap. Weirdos at railway, bus and metro stations the world over. It seemed like my day wasn't going to be as easy as yesterday.

I headed to a 'spot' I'd found on GoogleMaps: ​Fuente de Cibeles, a replica of the famous fountain in Madrid: 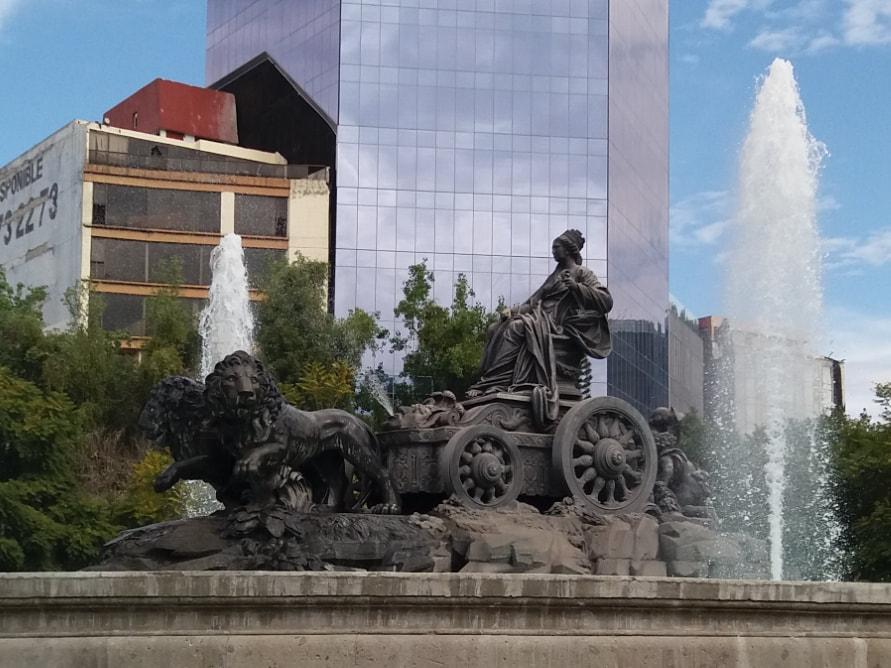 Quite a few people at this taco stand. The were getting something I hadn't tried yet. I waited my turn, Senôr Lopez spotted me and I pointed to what the lady before me got. 1 taco de carnitas. I added some 'mole verde'. 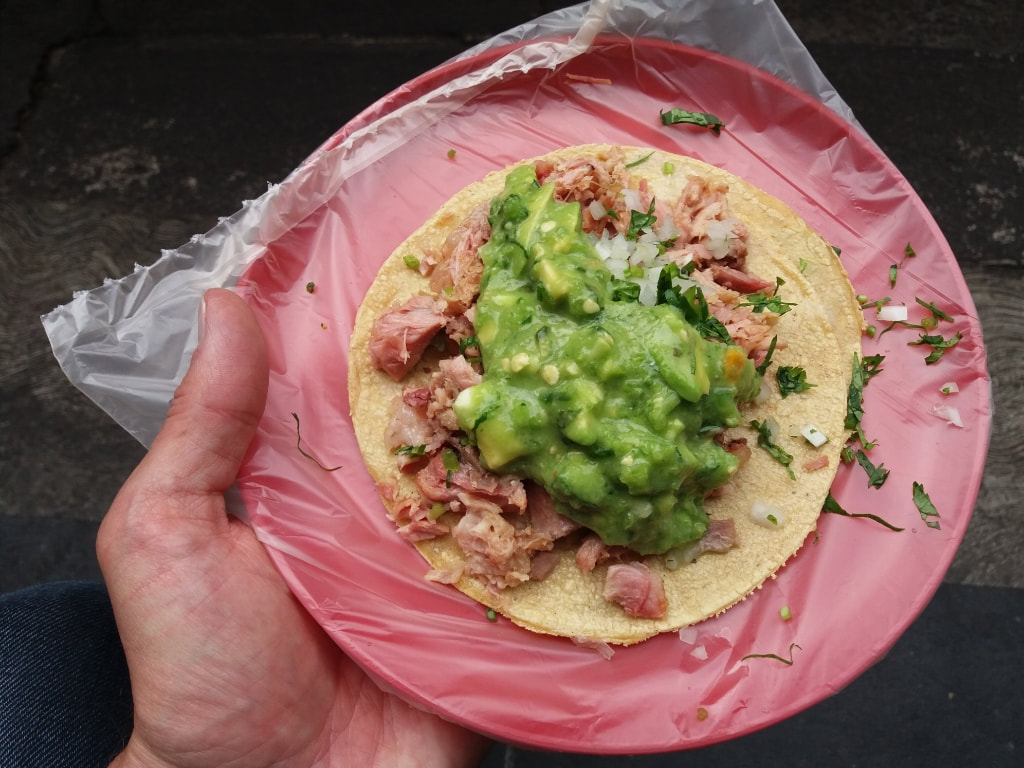 I paid up, this cost me 17MXN. I asked Senõr if I could take a photo. He then ushered me inside his kiosk and then made a selfie as well. People are very friendly in Mexico City:
I was heading for ​Estela de Luz. Built in 2011 to commemorate the bicentenary of Mexico's Independence from Spanish rule. 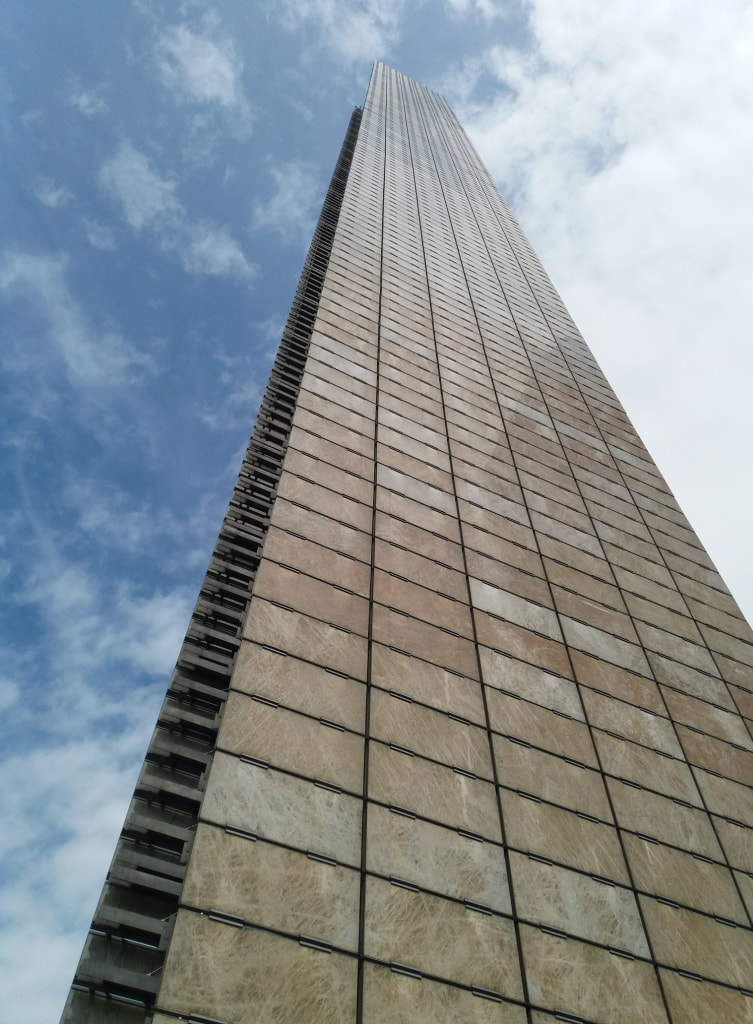 And it is right next to the Bosque de Chapultepec park and gardens: 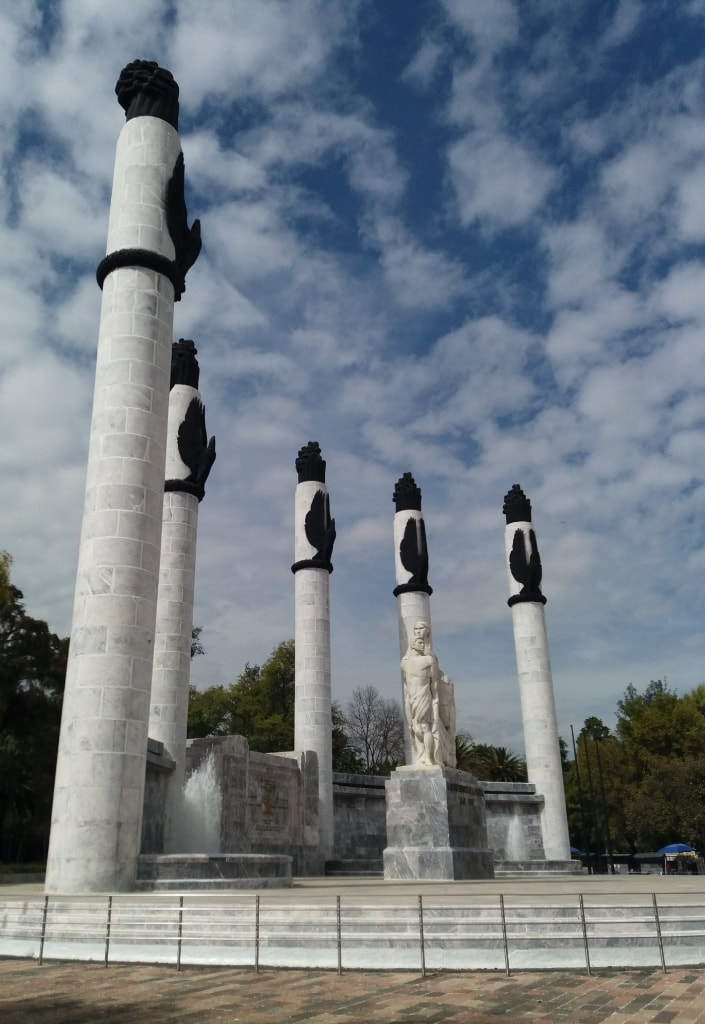 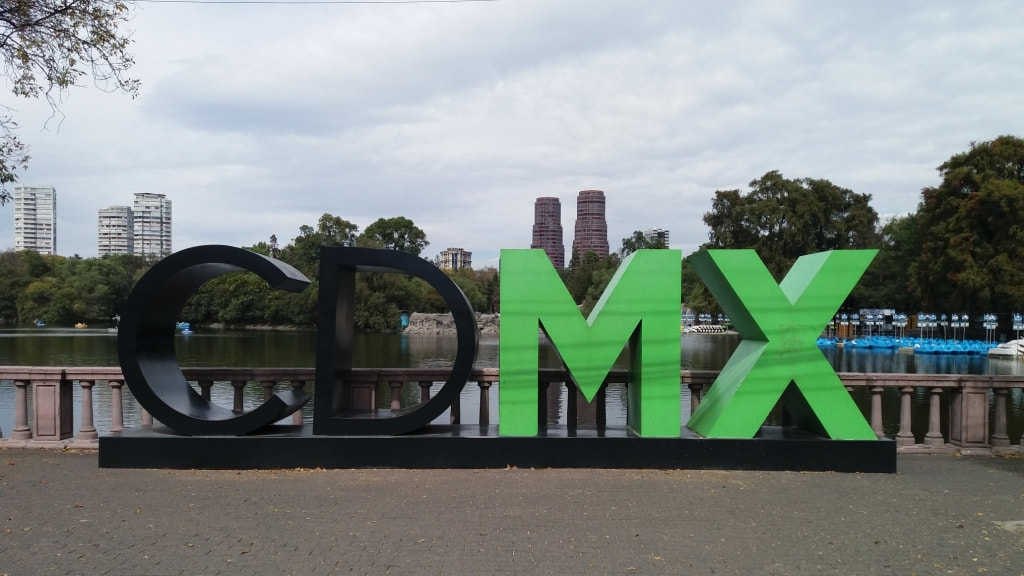 Then I hiked all the way back, mostly up Av. Paseo de la Reforma. A big wide boulevard stopping off at a few places along the way: 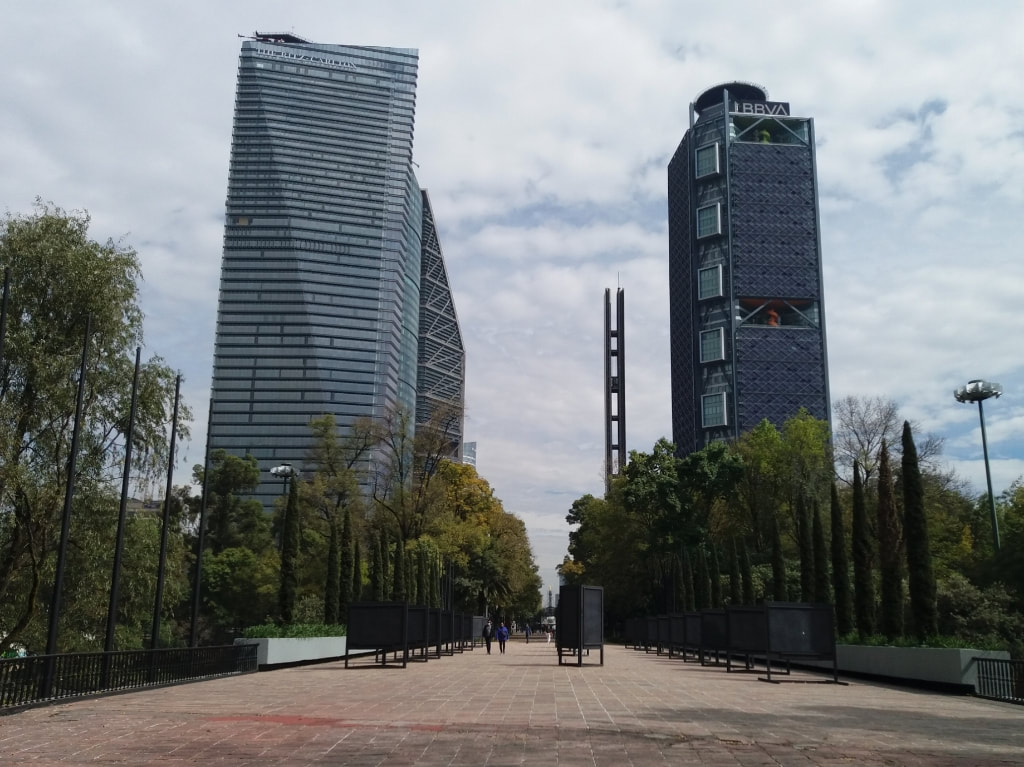 A pint of Corona (backpacking is thirsty work): 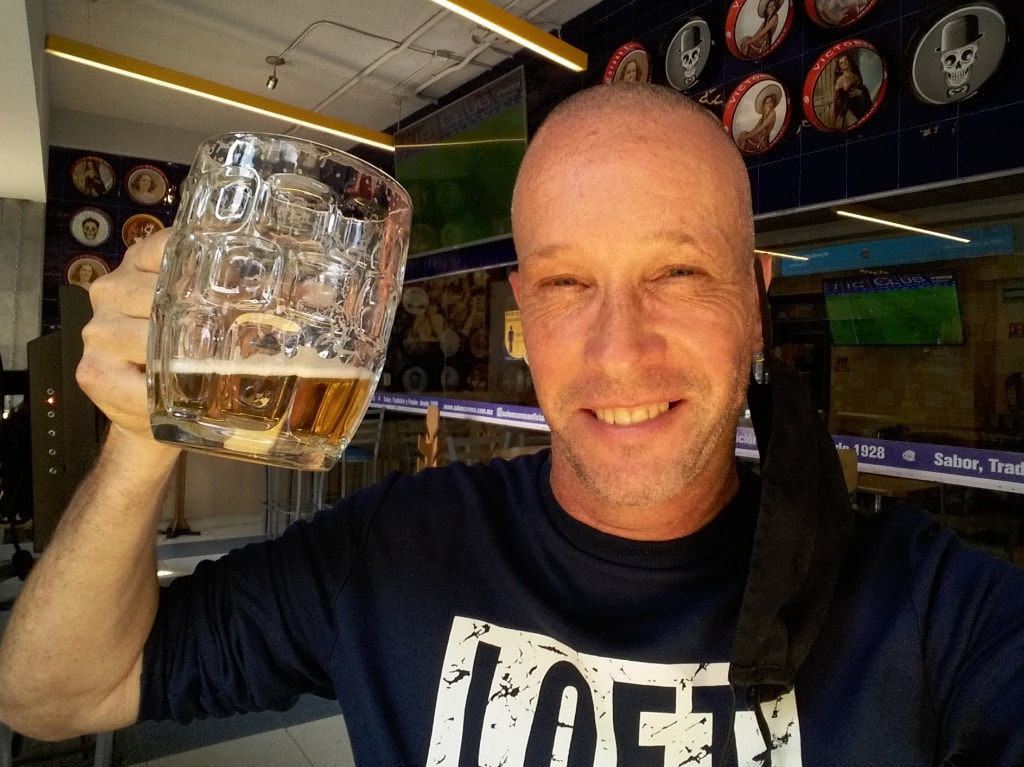 Memorial to those who died in the Pasta de Conchos mine disaster in 2006: 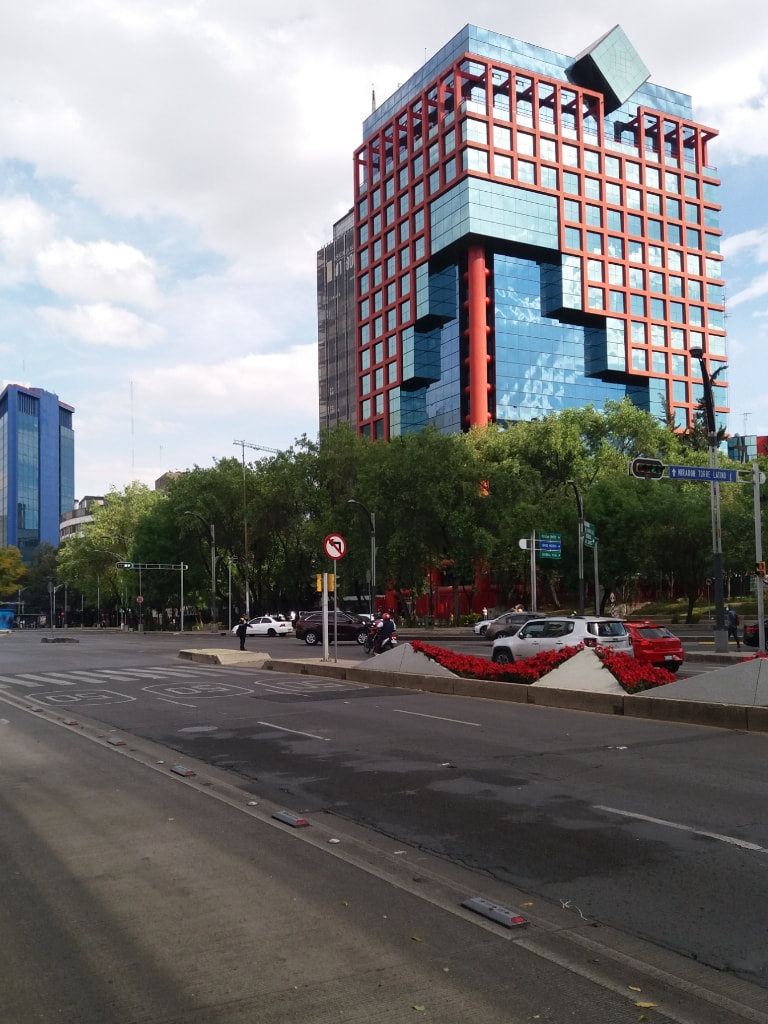 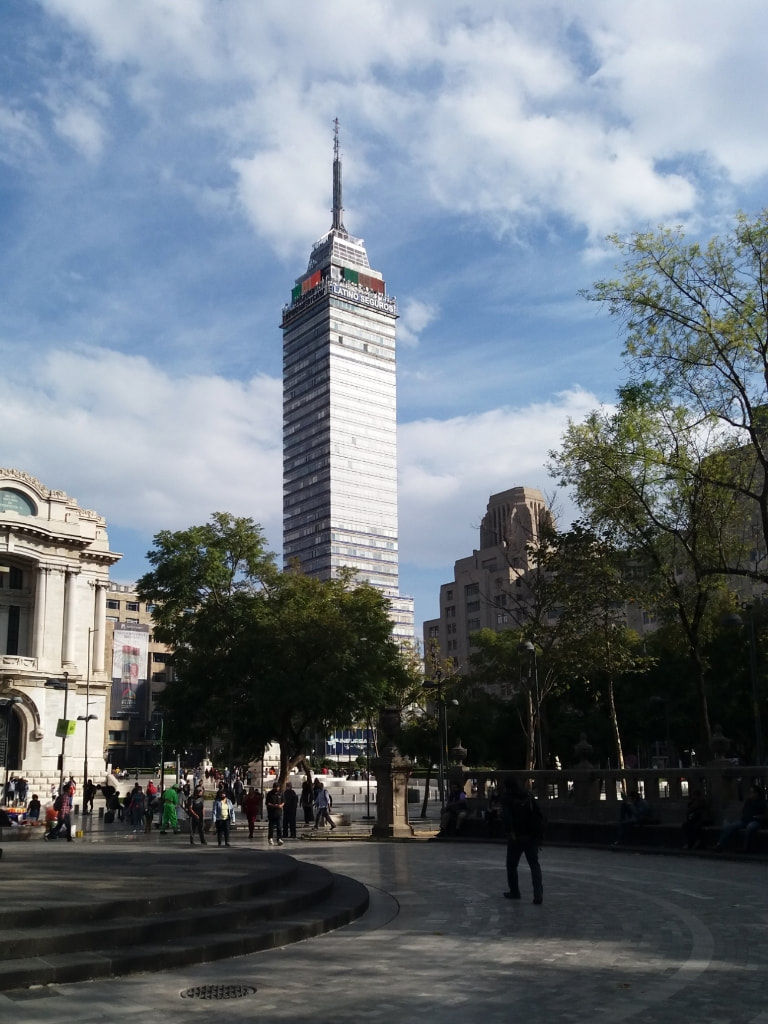 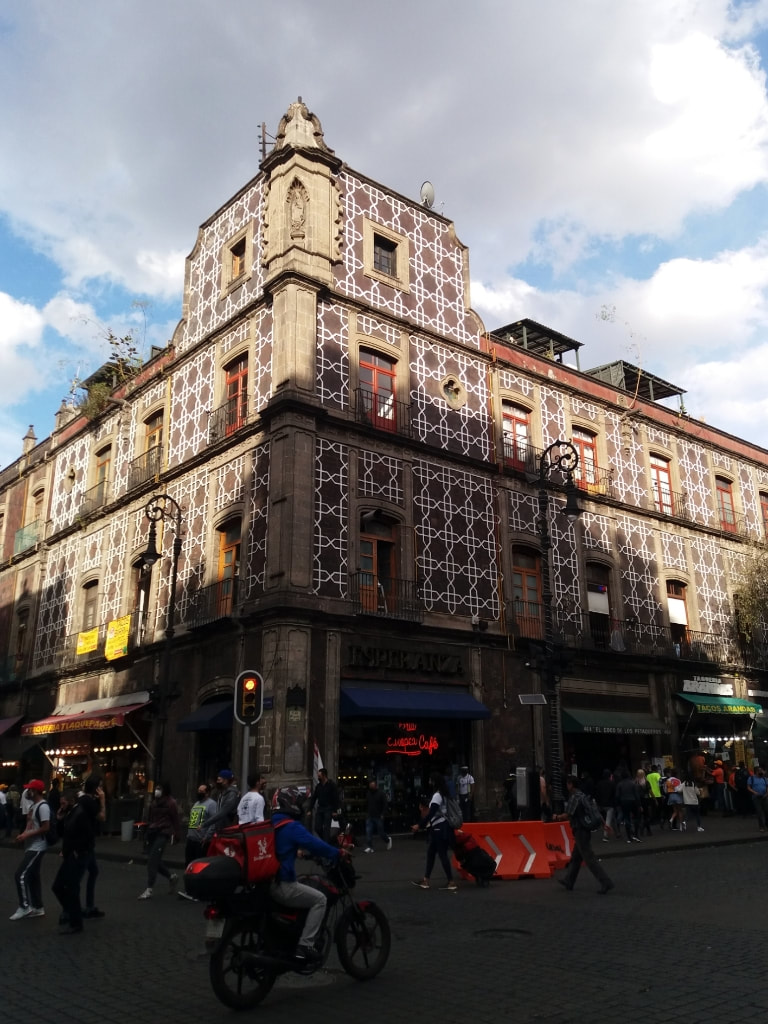 At 4.30 pm, I am back at my hotel. That's me done for the day. I did some laundry, hanging it up in the bathroom then start writing and uploading photos.

This is pretty much a typical day for me when there are new things to be discovered.
​