​Connect on Twitter
​When I flew back to Mexico at the end of April, I purchased an outward flight to appease the Mexican immigration.

There were two direct flights from Mexico City to San Salvador. A 7:30 am flight with Volaris and an evening 5:45 pm flight with Avianca.

The Avianca flight was cheaper but would knowingly necessitate getting a 30 USD taxi as bus #238 to Central San Salvador stops around 6.

So I gaily booked the early Volaris flight. The same flight as I had taken back in January.

2 weeks before the departure date, Volaris send me an Email. 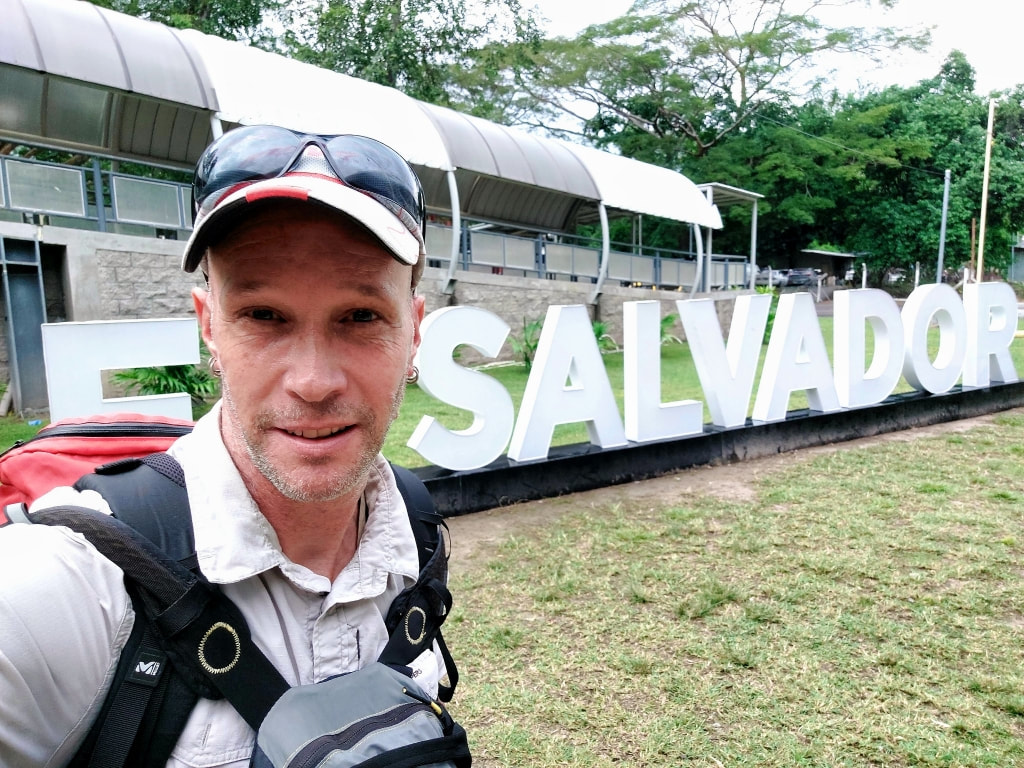 ​They had changed their entire schedule.

I selected July 2 a few days earlier. No biggie.

El Salvador has no daylight savings.

I'd have time to take the 60 US cents bus from the El Salvador International Airport to San Salvador to 'Centro' and walk the 30 minutes to the hostel in Colonia Flor Blanca. 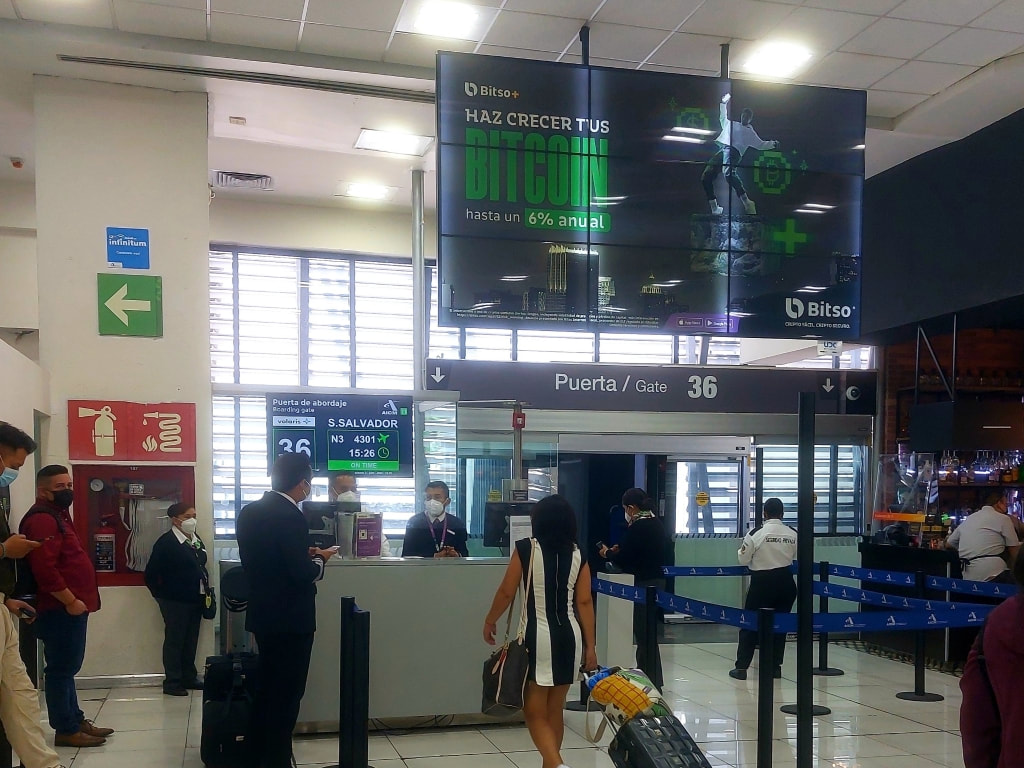 The flight was OK. We skirted around a few isolated storms, the cloud formations were impressive.

We landed on time but lost time in getting off the plane.


There is a need to purchase a 'tourist card , for certain countries. 12 USD thank you: 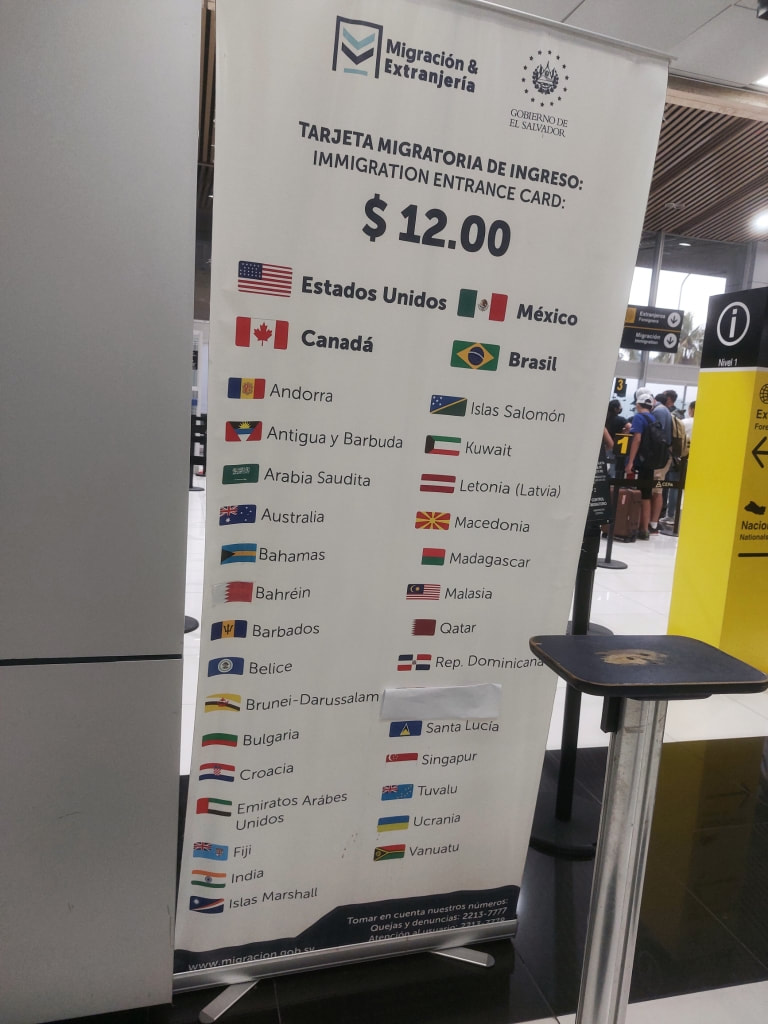 Glad some people still love the UK passport and whilst the USA passport is very strong they have to very often, pay more like here and in Pakistan.

I went directly to the immigration counter.

Easy. No need to show my 'onward ticket'. More on that soon, maybe.

​The guy stamped a brand new page:
​Why do they do that?

I take the mandatory photos: 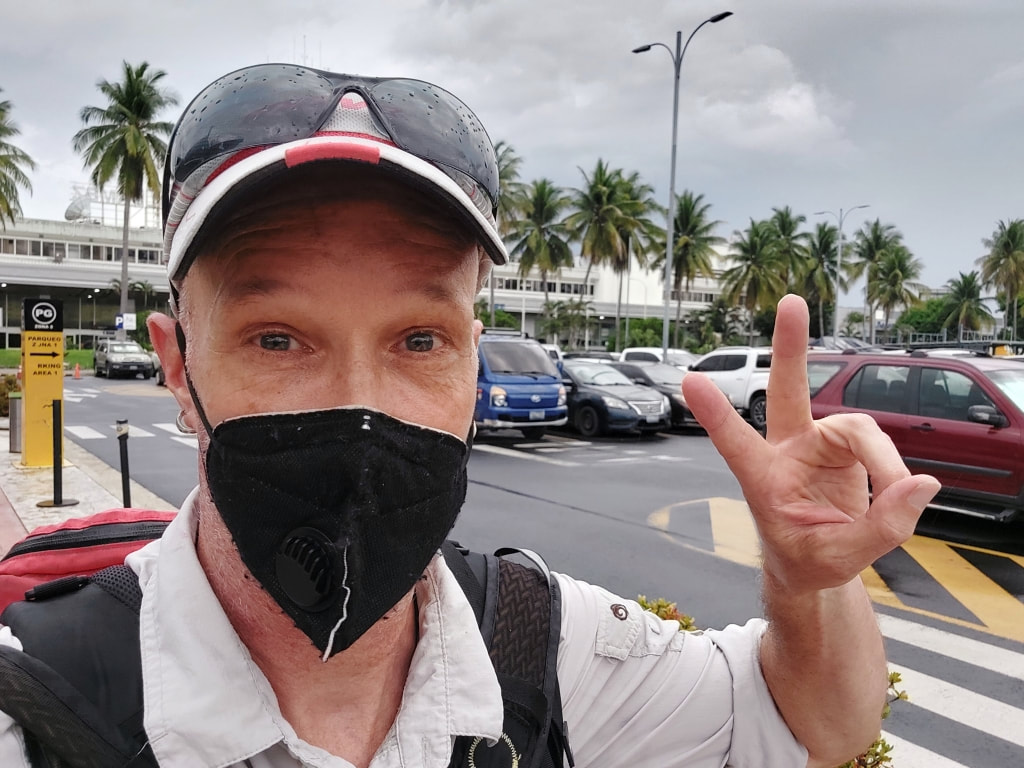 And then head over to the bus stop which is through the gap under the yellow sign: 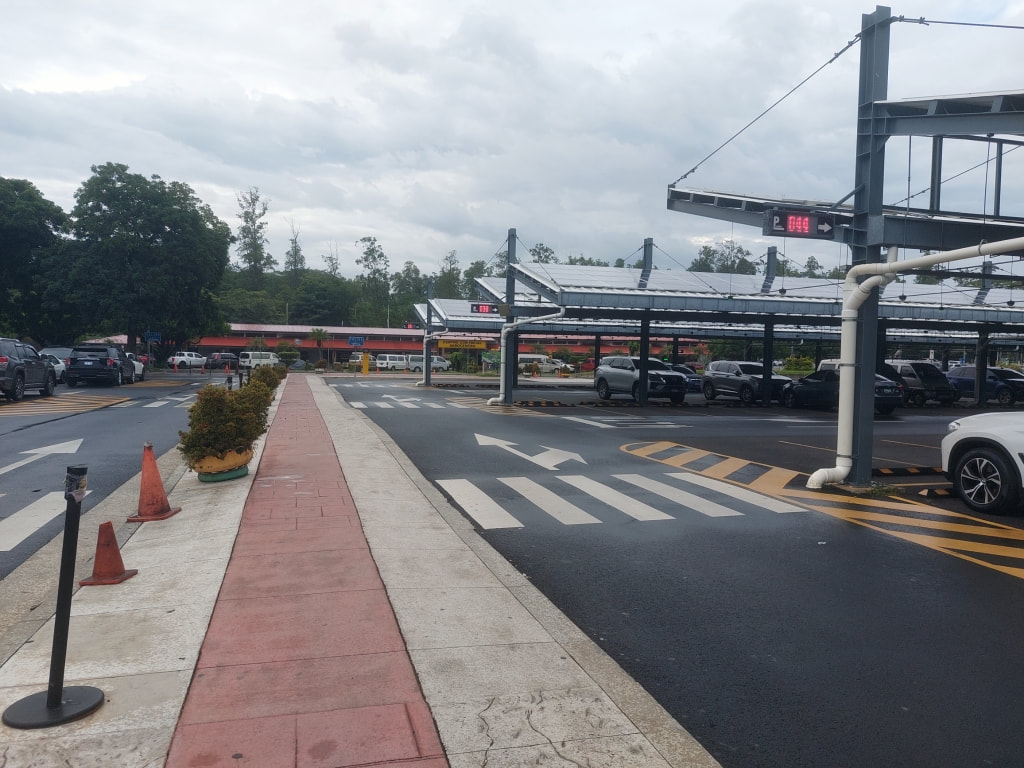 I wait for the bus to Centro: 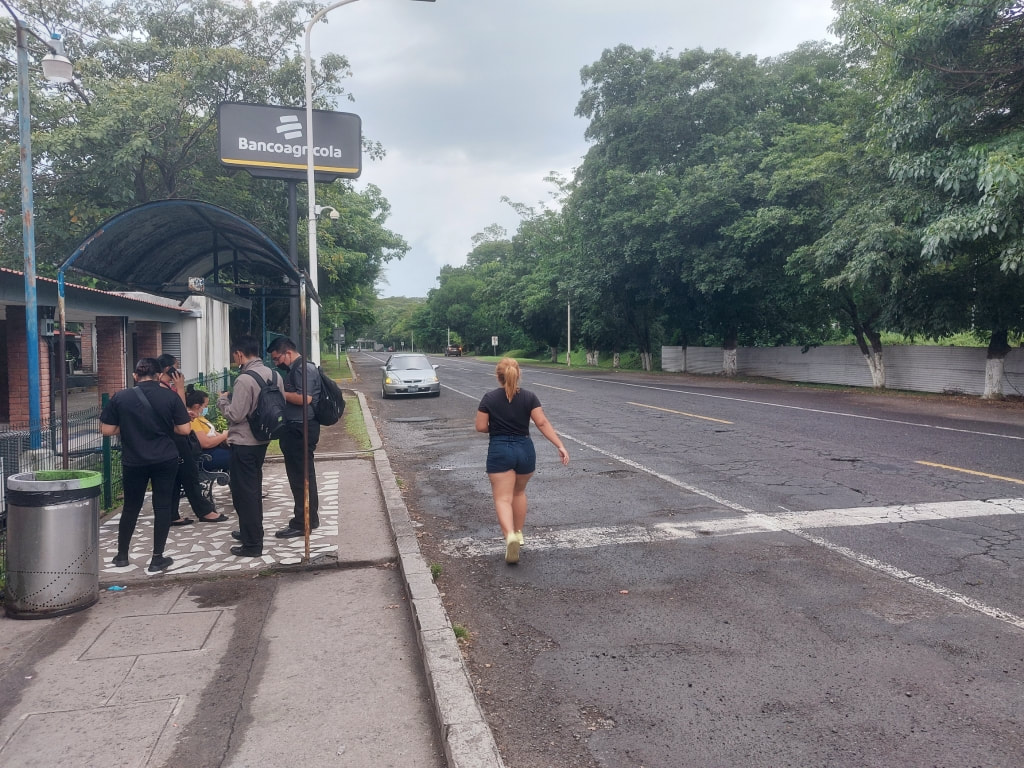 The first bus comes 20 minutes later but this is coming from San Salvador and going to San Luis Talpa via the airport. 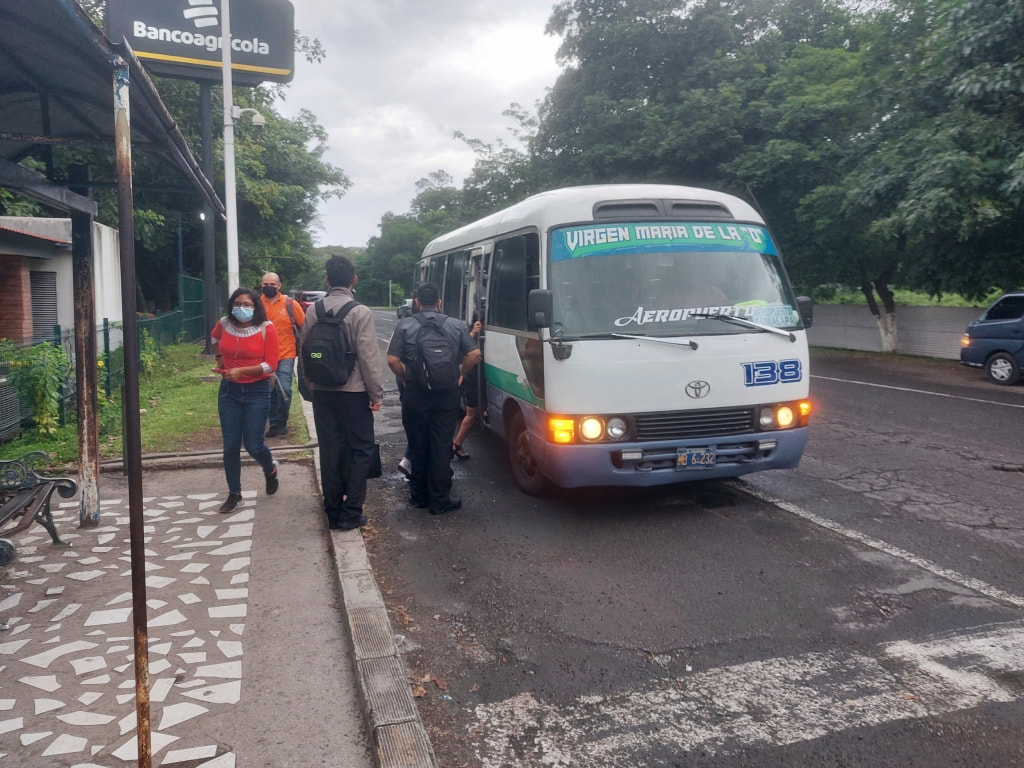 I ask. There are no more buses to San Salvador. WTF. I had missed the last one.

There are a few hotels, 5km from the airport. These ain't cheap.


The rain lashed down. We crawled along. I could barely see 10 metres in front. The side effects of the tropical storm that passed over Nicaragua.


I arrived once again at the Hostal Cumbres del Volcán.


I will spend a few days here before I transfer to Santa Ana, which is where I was when my sister called me to say that dad had passed.


I needed to pick up where I had left off back in March.