How Can I Afford This Life of Travel

Connect on Twitter
The question on everyone's lips, How Can I Afford This Life of Travel. So I will tell you my story.

After all, I feel I am super qualified to answer this as I have travelled for almost 29 years through 100 countries with no trust fund or sponsor though I am looking. 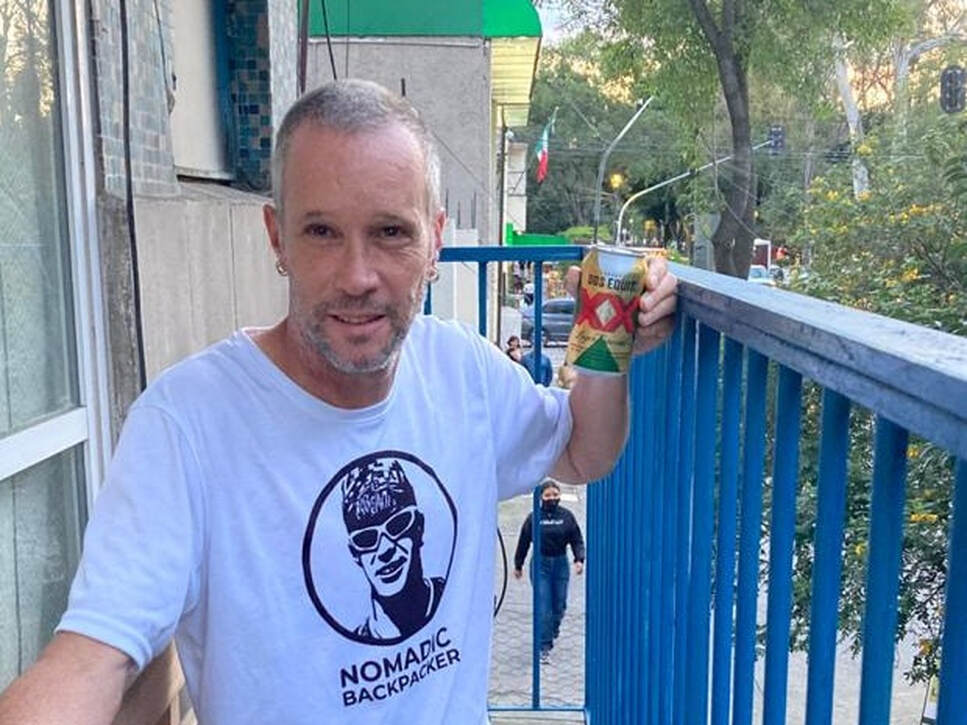 The number 1 point is obviously to get a fucking job. The higher the salary, the better.

The 2nd point but just as important as the first is to spend as little as possible.

Expanding on this: Stop fucking buying useless shit that society convinces you that you need. Stop wasting your money on irrelevant things such as Starbucks coffee, cigarettes, the latest phones and the rest.

So before I set out my ideas on what you don't really need to buy but somehow you think you can't live without, I'll give you a breakdown of my work history. That's from 1981 to the present.

1981-1984 I worked as a paperboy. Delivering newspapers on my bike, 6 mornings a week plus Thursday evenings and later Sundays too. I loved the school holidays. I used to do all the extra rounds going. I'd even take 2 rounds at the same time to save going back to the office. I bought another bike with the money earned delivering newspapers which I used later to get to my job.

1983-1984 I worked in the newsagent that I delivered newspapers for, every Saturday plus for 1 year I still delivered the newspapers as well.

September 1984 - September 1985 employed as a YTS trainee. £25 a week. Work placement at Harland Simon. For 1 year I still did my Saturday job, the money from which I gave my mum. I never lived at home for free.

September 1986 to November 1992 working directly for Harland Simon as a fitter wireman, draughtsman and PCB test technician. The secret here was that it was under the Printing Unions. The pay was good, as a were the yearly wage rises and overtime rates.

1993, 1994, 1995, I was signing on for unemployment benefit in between working in factories, at the post office, as a security officer, yes I know!

1998 I worked in various factories before staying 12 months at Hays, a food distribution centre, picking food orders. Once I was fully employed after a period with an agency, I put in 12 hours days, Monday to Friday and Saturday as overtime. Of course, if there was Sunday work going, I was there.

I worked hard. But the better thing to do was to work smart. Don't overdo it. I wanted to impress, so I worked my ass off so that I would be the first one to be asked in the event of overtime.

At this time I didn't know that travelling the world would be my life.

From December 2001 to 2013 I worked as a waiter/barman in Switzerland, England and Ireland

Winter 2001 I worked as a waiter at the Park Hotel Schönegg in Grindelwald. Big learning curve.

In 2003 I worked at the Holiday Inn and Hilton Hotels in England for a while and then started my 2nd season in Switzerland. Hotel Quadratscha, Samedan.

In 2007/2008 worked a short Winter season at the Hotel Alpina in Grimentz.

2012, I worked 6 weeks in Lisdoonvarna, County Clare, Ireland as a barman in a hotel that catered for German tour groups. Of course, here I was in my element and I was the only one making tips.

Long summer Seasons of 2012 and 2013 at the Steingletscher Hotel in Switzerland.

Notes about working in Switzerland. You are expected to work hard. But the rewards were great. The basic pay was good and the tips were bordering on insane. Those days at the warehouses in England gave me an appetite for hard work and it paid off handsomely. And I knew how to milk the guests for every last cent.


Working all hours God sent (and squirreling away as much I could in the process), meant there was very little downtime to go out and spend the hard-earned cash if I wanted to. Buy that was the idea.

As a postman, the ultimate treat was a coffee £1.95 at a local cafe on my day off. But not every week. Get used to drinking Nescafe. Imagine how a weekly or daily 5 Starbucks coffee all adds up over a year. I mean, 5 quid, In some places I can still live on just a bit more than that. And that's a bed for the night and 2 decent meals.


But you can fast track your way to having a bigger bank balance by simply avoiding spending money on non-essentials.

I did have a phone but this was a gift and I needed it as a postman so the boss could call me. I still have that same phone, a Samsung J5 from 2016. I use a Pay As You Go plan and simply don't call anyone. Now I need it to accept security codes for accessing various accounts. The memory is full. I am just using it as a camera now.

You do not need the latest phone. Old ones do just as good a job. You need to call people. Why? For your job, yeah I get it but for anything else there is WiFi.

I haven't owned a car since November 2000. When in England I cycle or walk everywhere I needed to go.

Yup, I lived with my dad, but I paid my way though. This is obviously much much cheaper than renting my own place. But if I had my own place, I wouldn't have a TV, I'd wear an extra sweater instead of turning up the heating. I'd cook all my own meals. No take-outs. Never. No NetFlix subscriptions, dang I wouldn't even have a TV.

​It depends on your priorities. What do you want in life? If you want to travel forever, give up these nonsensical luxuries. What would be more enjoyable, a beer at a local pub in a town you lived in all your life or a beer or 3 for the same price, watching the sun going down over the Mekong?

And when I am away, my priorities are having somewhere to sleep and enough food and drink. Then comes travel costs. Entrance fees are an extravagance. I have seen a lot over the years. Do I need to pay for yet another museum? Sometimes yes, but only when it really interests me.

And these days, my favourite place for a beer is getting a multipack enjoying the view from the hostel rooftop or balcony. I don't frequent cafes as I used to, pre covid. Many hostels have free coffee and if not, drink tea for a change. For the price of 1 tea at a cafe, you can buy a packet of 25 teabags at the local store, the world over.

So if you are asking me how I can afford this life of travel, I ask you, how the fuck can you afford to stay at home? I can live on 500 USD a month. In your own country with all the trimmings, this won't even cover the rent.

Now, I am on the road in Mexico, trying as I might, to get more traffic to my blog. I am surviving on coffees, but BuyMeACoffee discontinued their partnership with PayPal so all donations run directly through them on PayPal
​