Reposted: February 26 2021 | Tagged: Africa
Visiting the Khatmiyya Mosque at the foot of the Taka Mountains in Kassala, Sudan. Flashback repost from 2015. 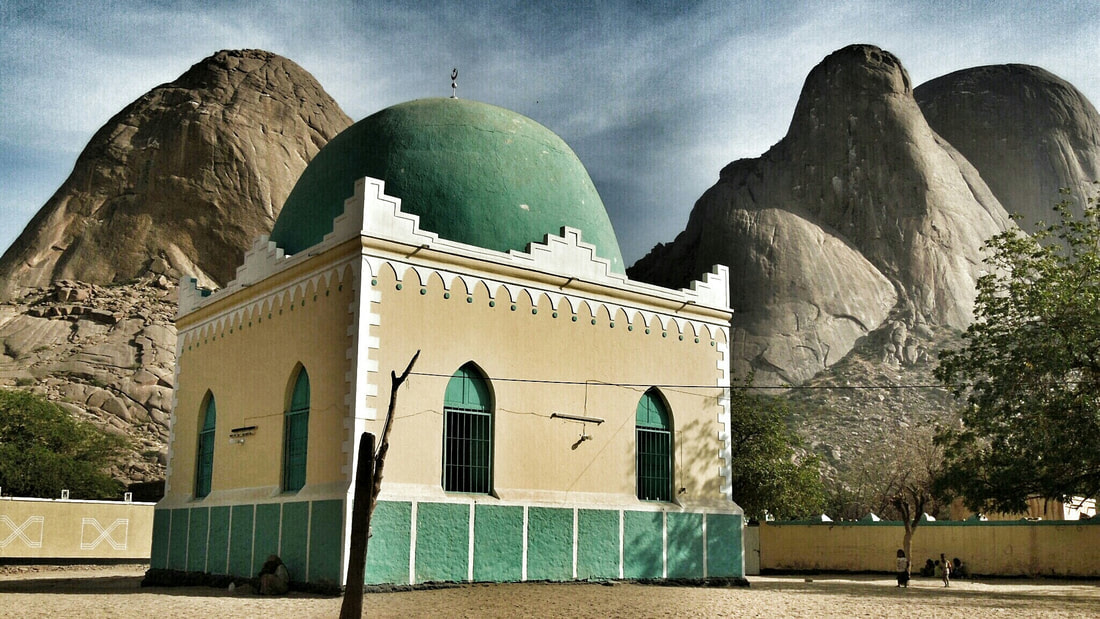 Kassala, at the foot of the Taka mountains, just 50km from Eritrea with its markets and the magnificent half-ruined Khatmiyya mosque, right at the base of Jebel Totil. Despite the fact that it is winter, temperatures were pushing 35degrees; I walked there, for which I later paid.

The Khatmiyya mosque with its pointed octagonal minaret, the roofless main prayer hall and the domed ghobba (tomb) of Hassan. The drum of the dome is similarly open and local tradition has it that when it rains the tomb remains dry.​ The Khatmiyya are one of the Sufi sects of Sudan.

​The mosque was completed in 1885, but three years later Mahdist forces attacked and partly destroyed it. The Khatmiyya authorities decreed that it should never be rebuilt, and Sufi believers still worship among the ruins.
I'm invited to drink coffee by 2 ladies, a very rare occurrence in this male-dominated part of the world.

Everywhere else in Sudan women set up chai stalls but here in the east, 90% of them are run by men.

But it's not a chai stall per se. It's an invitation to drink.

We sit on an old rice bag, in the dirt. They jabber away to me in Arabic, with some English words thrown in for good measure. They are not put off by my lack of understanding. I learn a new word. 'tamam' - beautiful.
Occasionally a young man turns up, greets me and translates for a bit and then leaves me to it.

The ginger laced coffee catches my throat, I reach for my water. This amuses them. I ask to take a photo and in unison, they say 'no problem', another rare occasion across Arabia. 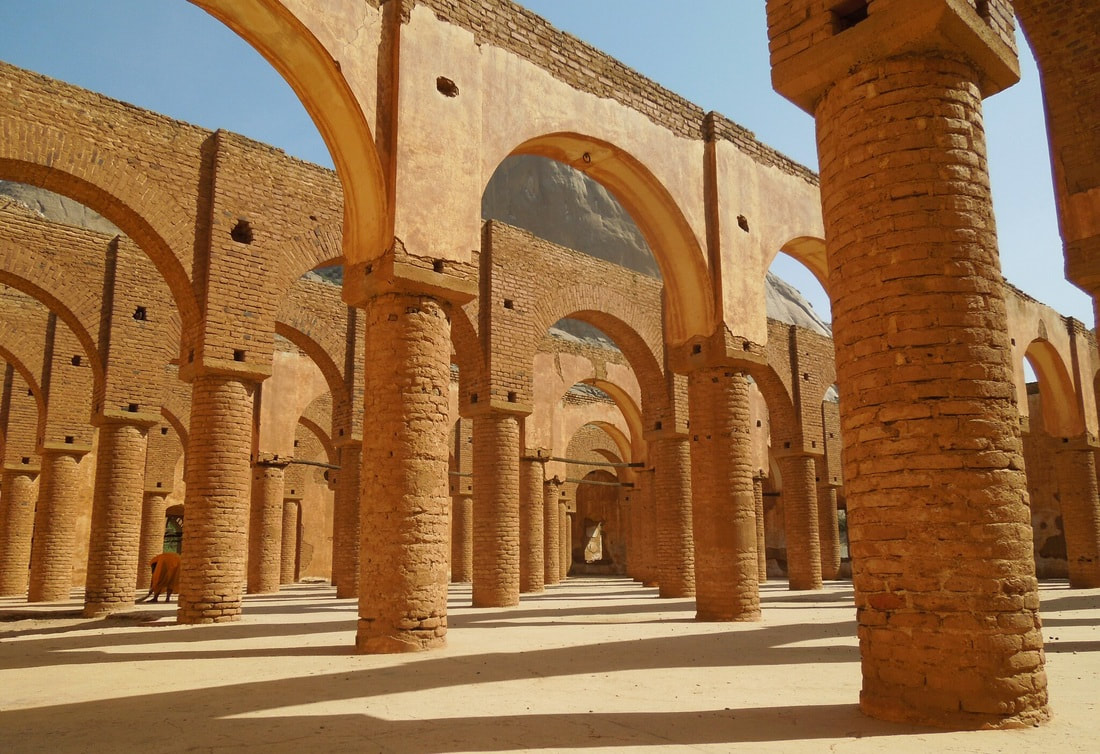 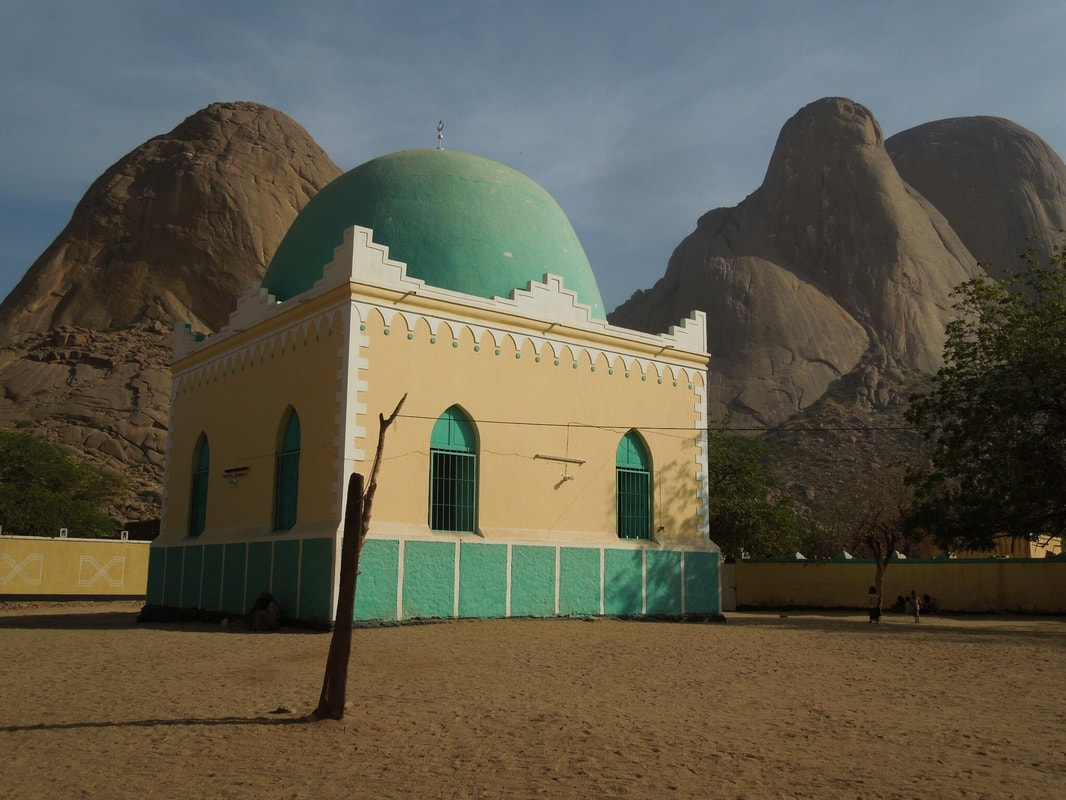 Having completed Cairo Cape Town overland, I conclude that Sudan is the BEST country in Africa. It's the safest place in all Africa, people are genuine, beggars exist but they ask everyone and don't just target foreigners. You're always invited for coffee, food. Offers to pay are refused. People are so gentle. Sudan, Simply wonderful!
​
​Where to find the Khatmiyya Mosque:
The Khatmiyya Mosque is just over 5km from town. It is very hot all year round. Cover up, use a hat, take lots of water and don't hurry.
This post has been rewritten for Nomadic Backpacker and is based on my travels in Africa in 2015/2016