August 30, 2021 | Tagged: Top 3 Favourite Countries
This was written when I had visited 99 countries. I have now visited, that's travelled extensively through 100 countries.

Here I talk, in depth about my Top 3 favourite Countries that I have travelled in as a low budget backpacker with previously unseen, low quality photos: 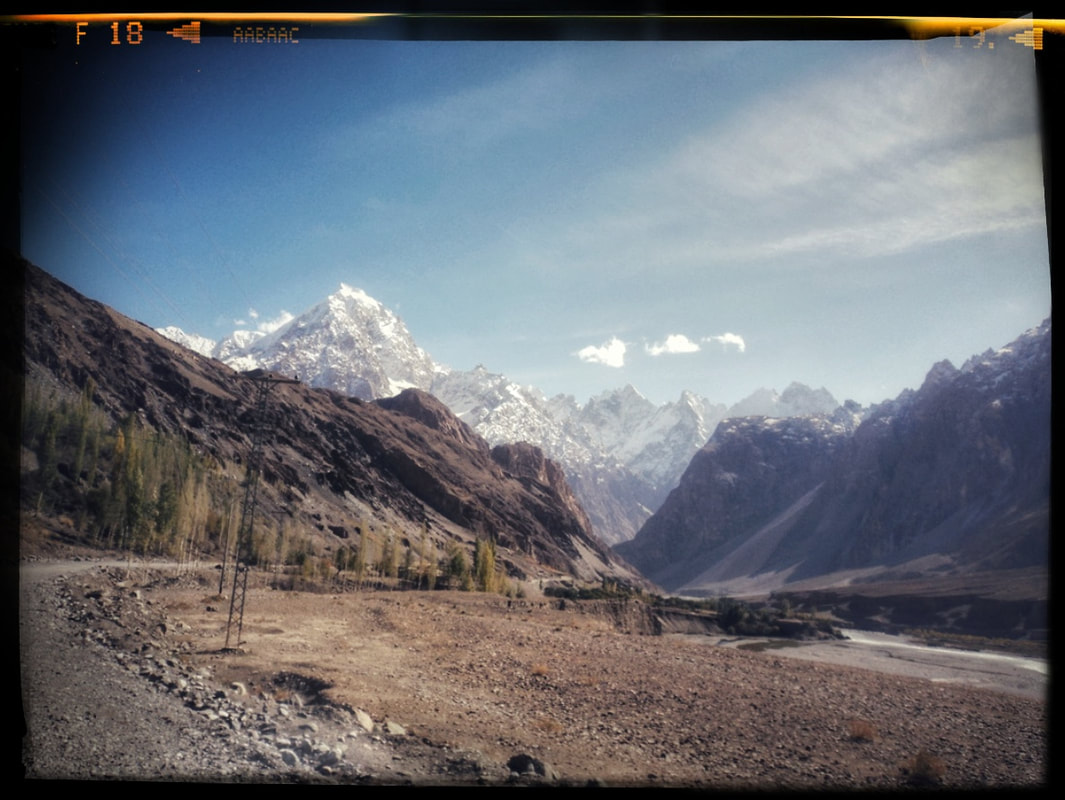 I have travelled extensively through 93 UN listed countries plus 6 others that I include in 'my' list.

By 'extensively', I mean spending a fair amount of time in. Not just doing a day trip, or merely stepping foot over the border.

I go somewhere and have a good look around. When I was in Kenya, I wrote a post detailing all the towns, villages and cities I have visited. Go take a look. The list is compelling. I have been updating it as I go.

It's August 2021. I am in Mexico City, no longer known as DF 'District Federal' but as CDMX. I have some time to reflect.

I have been asked many times what my favourite country is. It's definitely a tough call. 99 countries and I have to pick one?

As I keep travelling, I find new favourites.

​Or for example, when I have returned to a certain country and find that progress has been too rapid and what for me was deffo a top 10 country, has moved down the rankings.

This was the case with Georgia. In 2010, when I first visited, I loved everywhere I went. Tbilisi, the capital, was one place where I felt very happy but subsequent visits left me with a feeling of 'OMG, what have they done'. Suddenly it was the place to come to and everyone and their dog was on the next flight to Georgia.

On my first visit to Thailand in 2001, I wasn't too impressed. But over the years I tuned in to the country a little more and it has moved up the rankings.

I will have a good think about which countries I would include for a 'top 10' list but for the moment, this post details my top 3 favourite countries I have backpacked in (in the English sense of the word).

Why? Because these 3 will take some beating.
​

I travelled to Syria in October 2010, about 5 months before the whole place went to shit. I crossed the border from Turkey at Akçakale near Sanliurfa.

As I passed through Turkish immigration, I was asked about my visa for Syria:

"I don't need. I can get on arrival"
"What will you do if they refuse you?"
"I'll just return to Turkey"

He wished me luck and I walked the short distance to the Syrian immigration.

An immigration official greeted me as I approached and asked to see my visa. I had rehearsed this a thousand times in my head.

"I don't have but I can get here as I have not been living in my home country for a long time", which was technically true.

I had been working in Switzerland, albeit seasonal, for the last 9 years and citizens of countries who do not have a Syrian representative can get on arrival like Switzerland. I had also at that point been on the road for 4 months and any visa obtained in England would have expired. I also knew that if you arrived at a land border, they would issue you one too.

"Where are you from?"
"Great Britain"

He picked up his phone, chatted for a few minutes and then:

"Where you from again?"
"Great Britain"

He continued to speak with the guys inside.

I had refrained from saying England as all the shit associated with Bush and Blair was still very fresh in their minds. The English were not always so popular, and like who the hell knew where Great Britain was?

He put down the phone and held out his dinner plate size hand, "Welcome to Syria, my friend. Just go to that building over there and get your visa".

I stood before the window and was again where I was from. "England but I have not been living there for some years now and I was told I can...."

"Yes, it's OK. We just need to look at how much the visa is for you guys"

I exited the immigration area and a traffic cop asked me where I was headed. I told him I need a bus to Aleppo. He stopped a car and told the driver to take me to the bus station. I was like, 'is this for real?'

The driver drove me just as he was asked, to the bus station.

It was getting late in the day and it seemed there were limited transport options to Aleppo. There was a bit of a heated debate amongst all the drivers. And one came to tell me, "Don't worry. We are just deciding the best option for you. There are no direct buses but first you will take one to Raqqa".

So I arrived in Raqqa. The guy next to me took me under his wing. He informed me that I needed to cross town to another bus station for the Aleppo bus. "I will take you there". He stopped a cab and off we went. After some time, he makes a call and then says to me, "that's my father in the delivery truck". Yeah right, I was thinking.

We get out of the cab, he pays the cab fare and we get into his fathers truck and within minutes we arrived at the Aleppo bus station. Incredible kindness and such experiences kinda restore your faith in humanity.
​
My newfound friend locates the right bus, and then at a small kiosk buys some water and orange juice. "You must be thirsty. Here! Welcome to Syria". Words I would hear many times over the next 2 weeks. 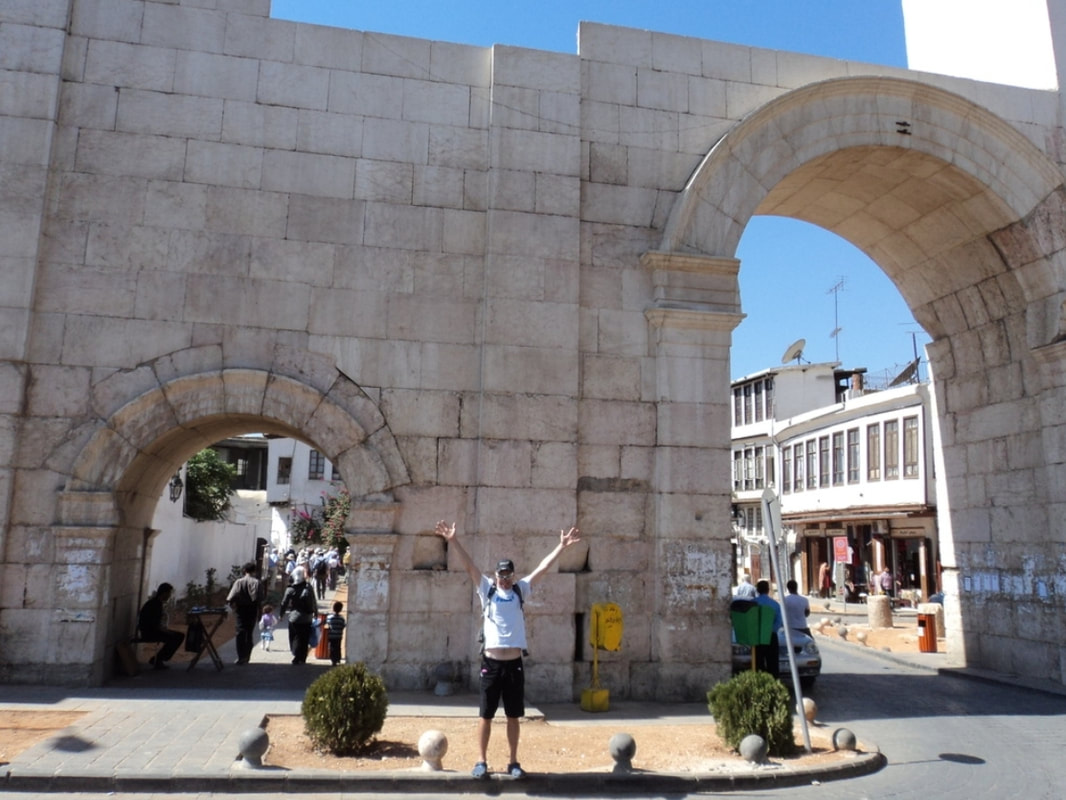 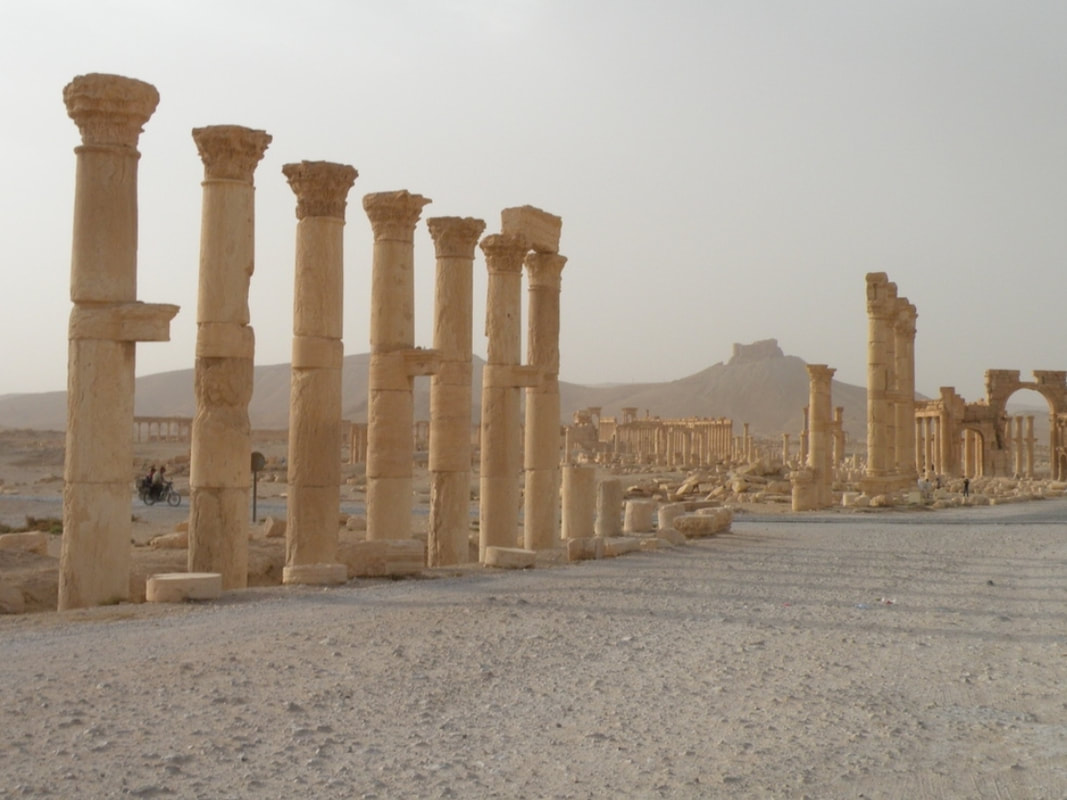 After 10 weeks or so in China and Hong Kong, eating far too many meals of noodles and having lots of frustrating moments due to the language barrier, Pakistan was a delight.
​
I crossed from China, over the Kunjerab pass on the Karakoram Highway and secured possibly the last Visa On Arrival for Pakistan at Sost.

In Pakistan, English is widely spoken and they eat rice and dahl with chapatti all washed down with milky tea, seemingly for every meal. Yummy.
​
For 2 weeks I backpacked the northern reaches of Pakistan. I travelled to Pasu, down the Hunza River on a cargo boat to Karimabad and on to Gilgit before taking a night bus to Rawalpindi.

Amazing landscapes at every turn. The highest peaks ever. Raw adventure. 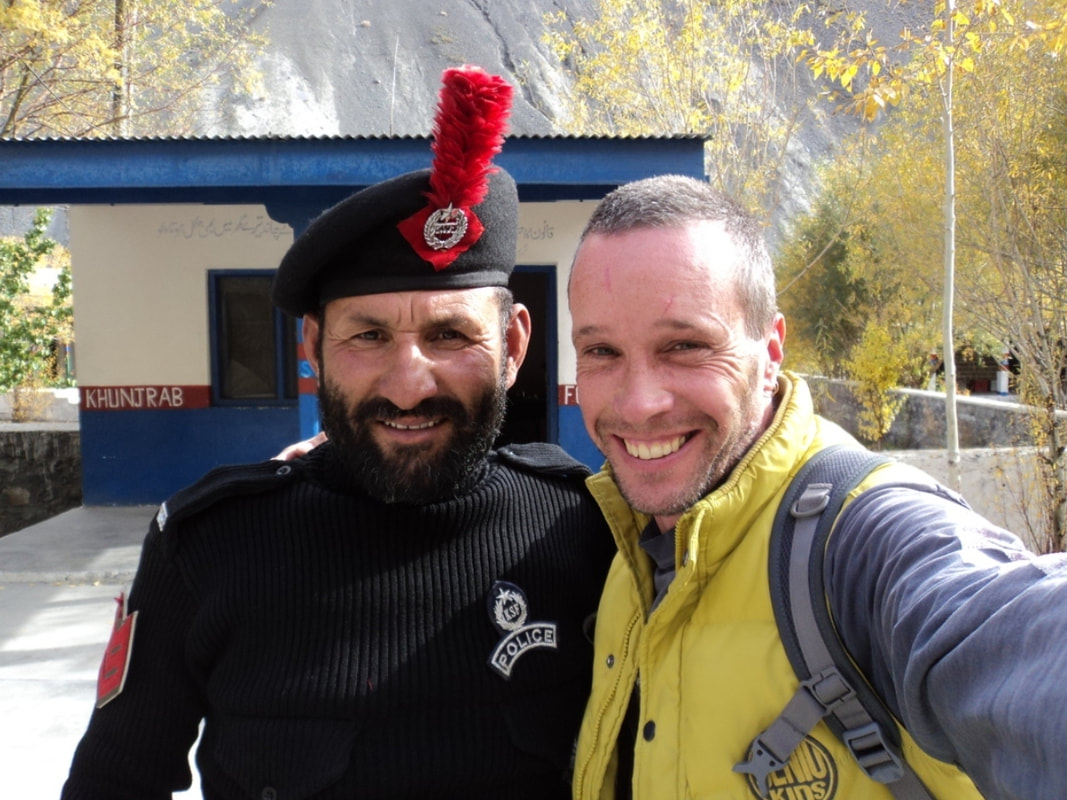 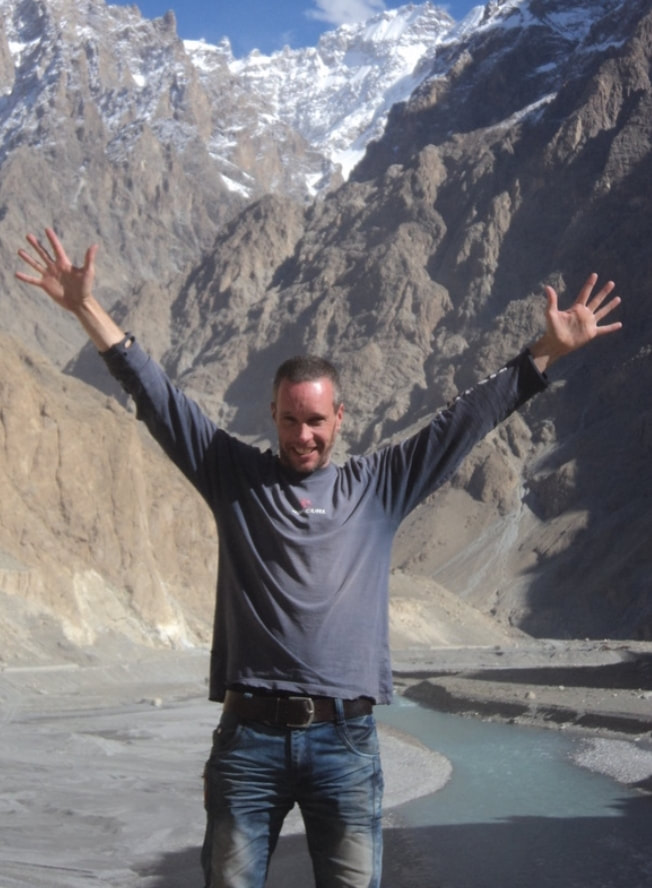 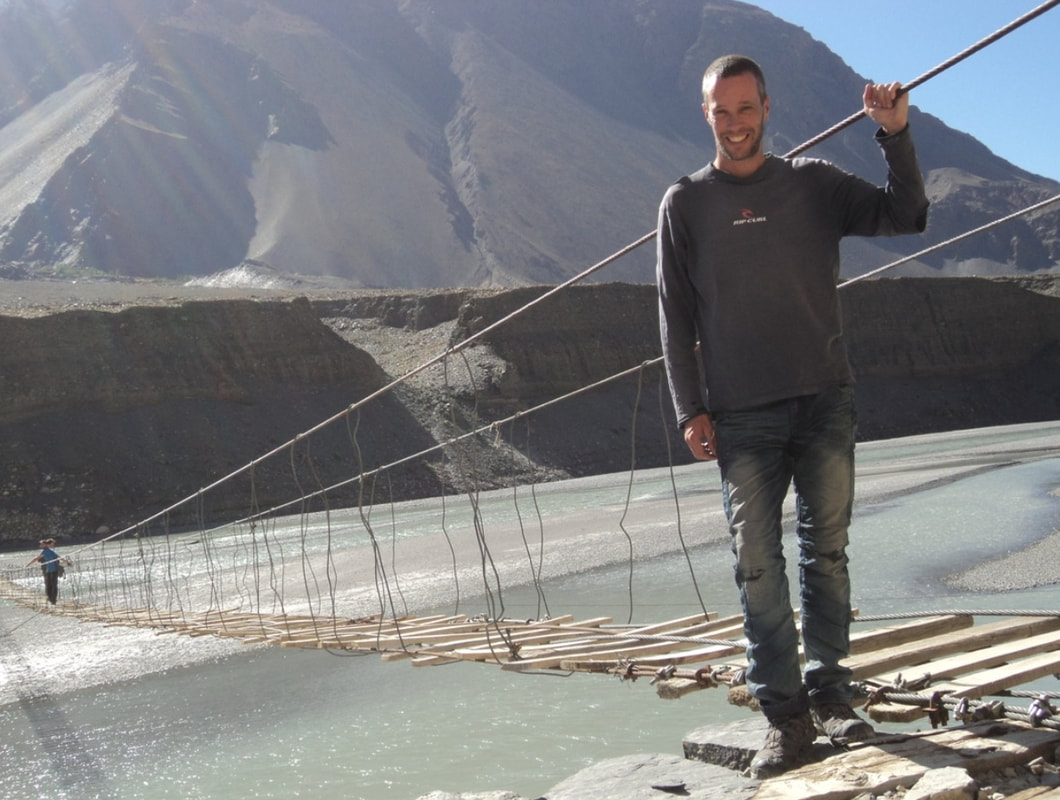 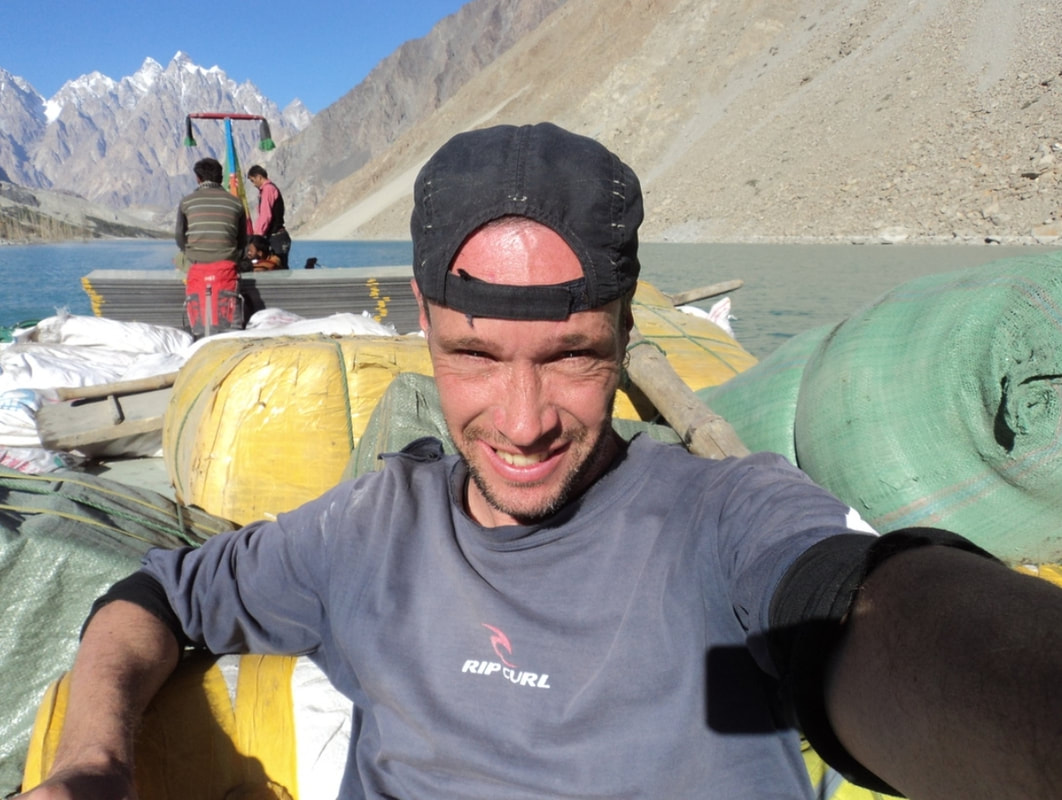 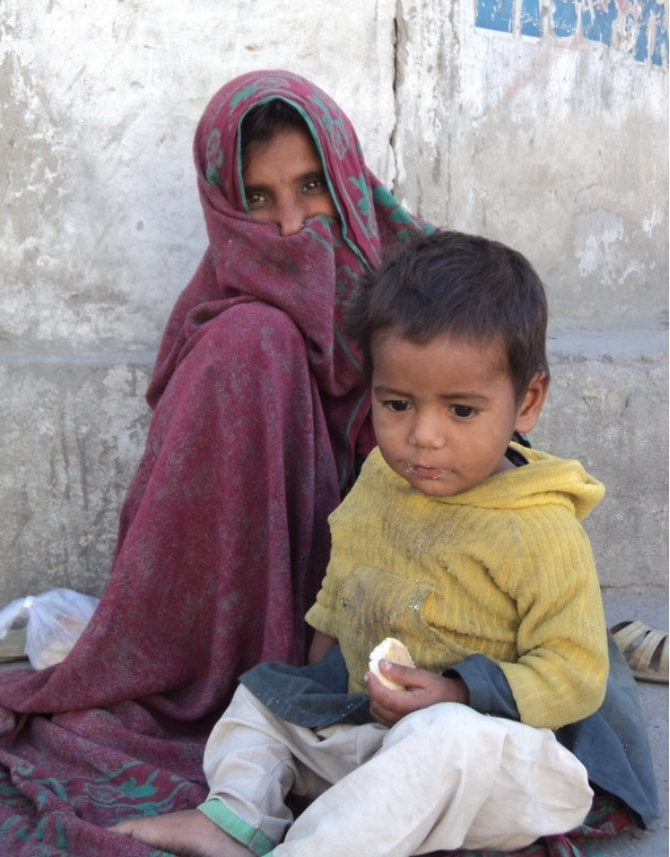 My travels to Sudan are from 2015 as part of my epic Cairo to Cape Town overland journey.

I took the 2-day boat from Aswan (Egypt) to Wadi Halfa down Lake Nassar. After the hassles of Egypt, Sudan was amazing. Egypt is too popular and us tourists receive far too much unwanted attention, so much so that it is damn right annoying.

Sudan is a different kettle of fish. You are welcomed and you are given space. The Sudanese are curious and delighted to see you visit their country.

People I have met always assumed Sudan was dangerous. Yes there have been many problems in the past and the Dafur region bordering Chad is pretty much a no-go-zone but the rest, as of December 2015 was incredible.

In Dongla I was taken across town in the hunt for the elusive office where I could get my travel permit.

​Again in Dongla, I needed internet. I was travelling with a Samsung Tablet at that time. I happened upon a computer repair shop and asked if they had Wi-Fi I could connect to.

When I asked how much I needed to pay, "You are a visitor here. We charge locals but for you it's free"

I rode the bus to Khartoum. Every time we stopped I was given coffee and when I tried to pay they were having none of it. At the lunch stop, a young man who had set next to me told me to tuck into the fish and rice meal and he just wouldn't have it when I wanted to pay.

It's not about the money. It's just that you are not seen as just a walking ATM. They are happy to see you and you are their guest. Incredible.

In Khartoum I witnessed a spectacular show, "The Whirling Dervishes", visited the "Meroe Pyramids", Port Suakin, ancient port city on the Red Sea Coast and the "Khatmiyya Mosque" at Kassala