A look back at the start of this journey

Connect on Twitter
This journey began January 6 2020. From London to Paris to Marseille and a ferry to Tunis.

​2 days before I set out, my TGV from Paris to Marseille was cancelled. 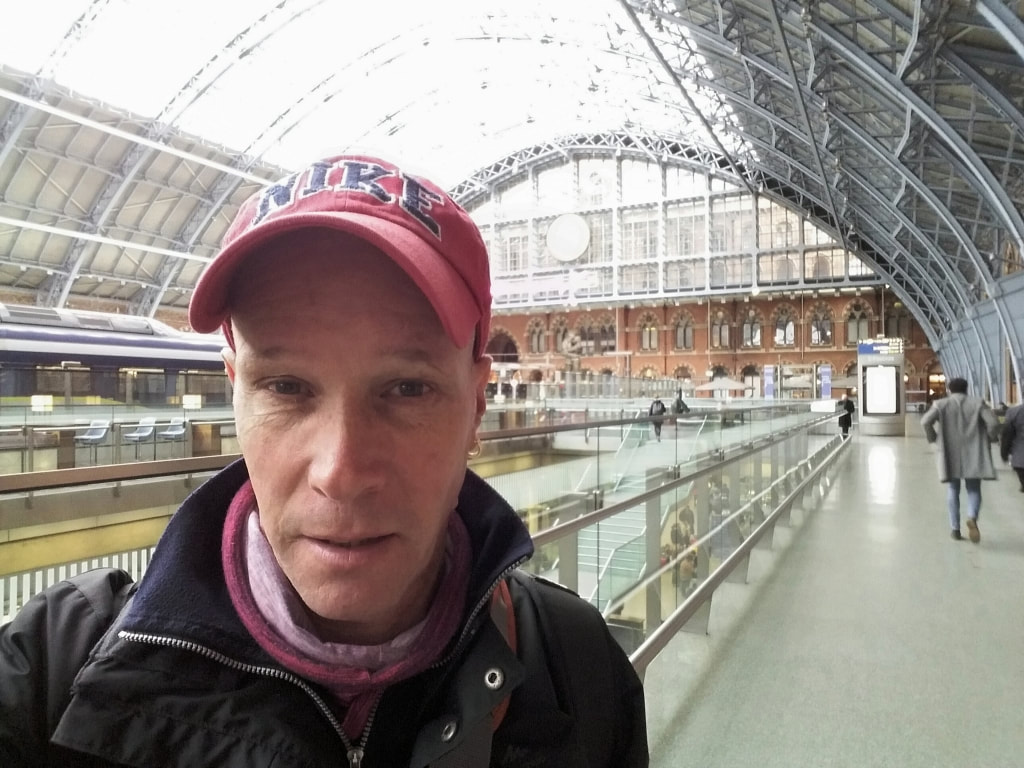 The journey started on January 6 2020. Despite World Chaos, I have avoided having to go home. The road is my home.

I had pre-booked a ticket to London, a EuroStar ticket to Paris Gare de Nord, a night at the St. Christopher's Inn hostel, an SNCF TGV ticket to Marseille, 2 nights in a hostel in Marseille and the ferry to Tunis, Tunisia.

Yup, tickets are much much cheaper when booking in advance. Just like plane tickets.

2 days before the journey started, I get an email from Oui SNCF stating that the super comfy TGV from Paris Gare de Lyon to Marseille was 'suprimer' due to the very ongoing strike across France.

The French love to strike. They work just 35 hours a week and yet they still bitch like hell at everything.

Every ticket that I had bought needed to function like clockwork. There was no room for delays. I had a ferry to catch to Africa.

​The overland journey across France was the beginning of a very long adventure. I always love to start from home. Sure I could have flown to Tunis for much cheaper but there is something romantic in starting out from home, by walking to the station.

I emailed the ferry ticket agency. They confirmed that the strike affected only rail workers and that the ferry would still be sailing as planned.

I found a bus using BlaBlaBus, Paris to Marseille for the same day as the TGV I had planned on taking. The downside was that the bus was gonna take 12 hours whereas the TGV was just 3 hrs 30. Bummer! 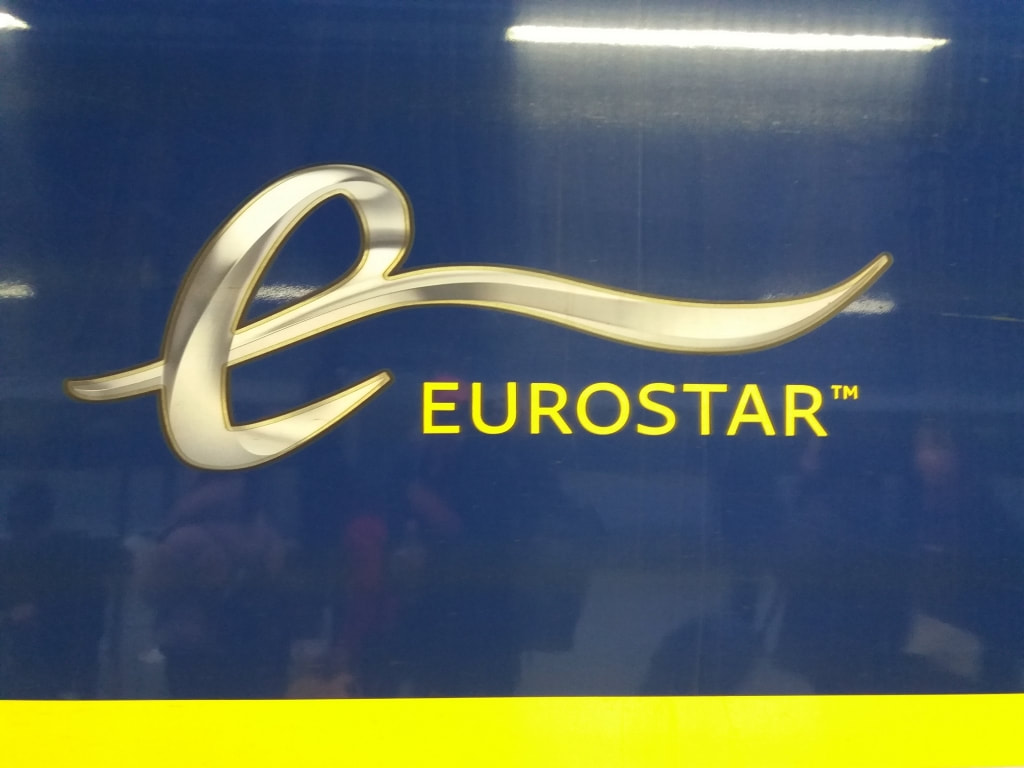 My EuroStar arrived at around 7 pm and the bus was leaving at 8 am the next morning. No time for an afternoon stroll in Paris.

Because of the strike, buses in Paris were running a skeleton service but this was as about as useless as anything. I chose to walk the 6km to the bus station. 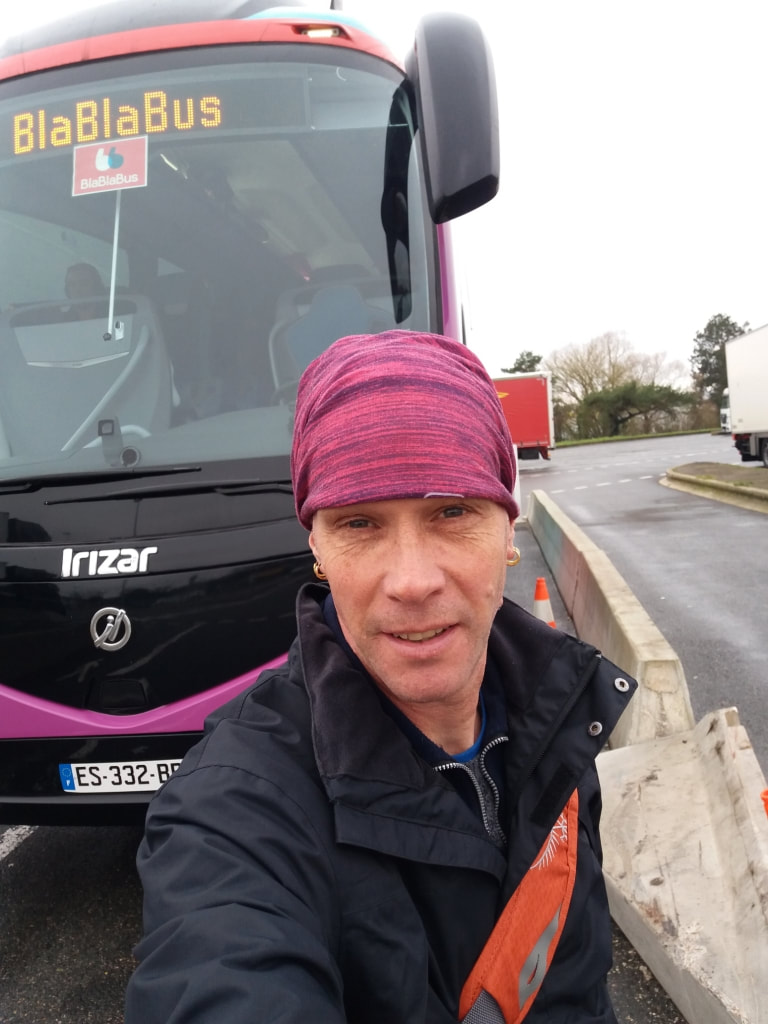 I arrived in Marseille at around 7 pm, walked to the hostel and got myself a bed. Marseille was part of the plan. I had never visited the city. This is the way I like to do things when travelling to countries further afield and insist on travelling out of London on a train.

​Awesome Marseille. Love the vibe there: 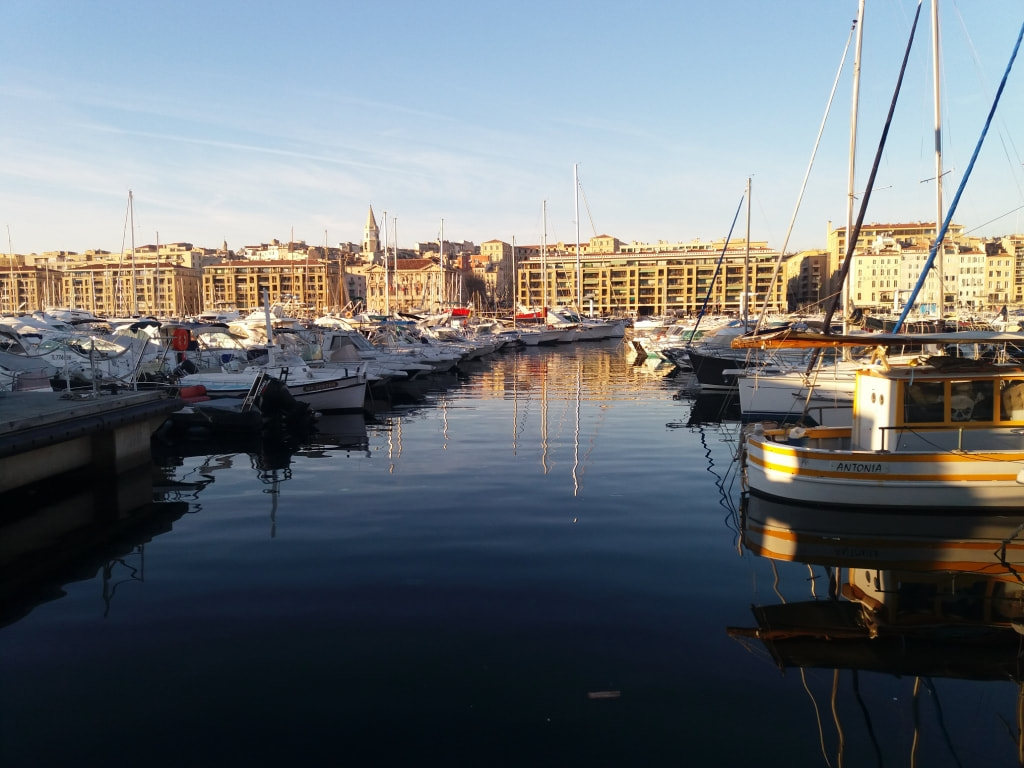 My 1423 day trip started the same way. Eurostar to Bruxelles and an onward train to Luven for my first few nights.
On my 549 day trip I took the train to London, another to Harwich and an overnight ferry to Rotterdam and on to Amsterdam.
Again, much the same modus operandi with my London to Monrovia trip. Train to London, Eurostar to Paris and the TGV to Lyon.

I enjoyed my day in Marseille. The ferry was set to depart at 2 pm. I was down at the ferry terminal at around 12 noon. Ferry terminal was well and truly closed. WTF. I asked some likely looking Arab looking guys in my rusty French if they too were taking the ferry. Yup, I was in the right spot.

​A closed ferry terminal 2 hours before departure was not a good sign.

A french dude turned up and he had called the ferry company. Yes the ferry was running as scheduled and that we had to wait.

At around 2:30 pm, ferry workers appeared at a side gate and informed us that due to the strike, the ferry was at the Cargo terminal, 8km away.

We had to walk 800m up the road to another gate where a transit van would take us to the cargo terminal where we were manually processed. Seems like the strike affected baggage handlers and immigration officers.

Despite everything, the ferry left after only a short delay.

Life was good. The journey had really begun. 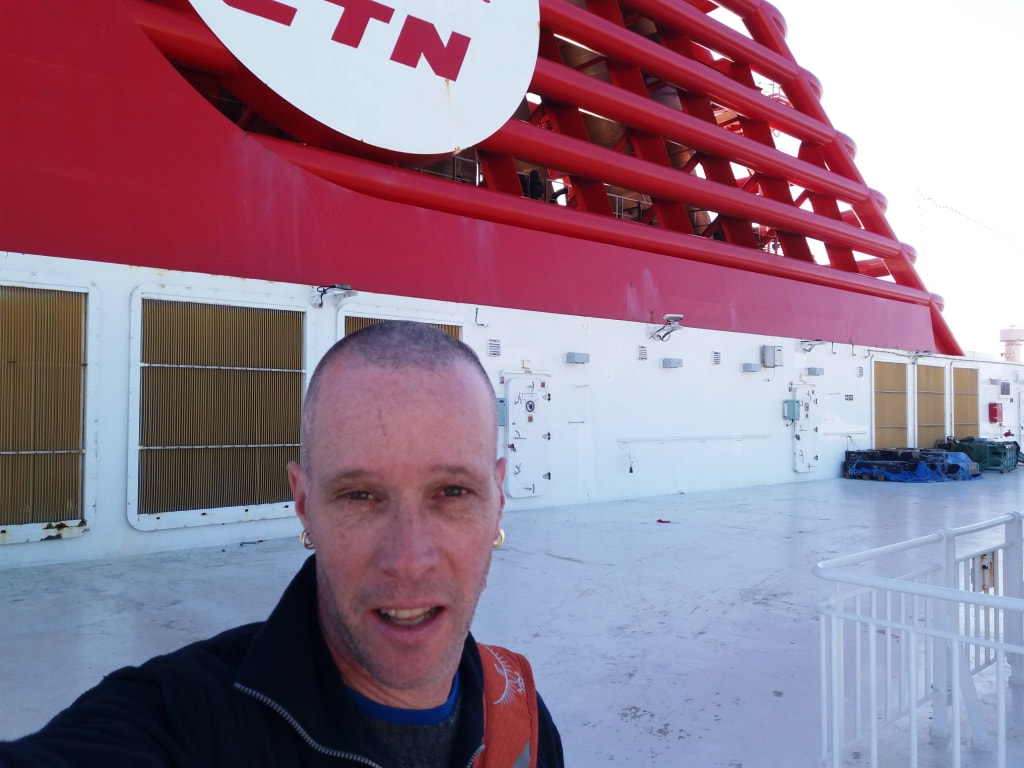 Leaving Europe behind once again: 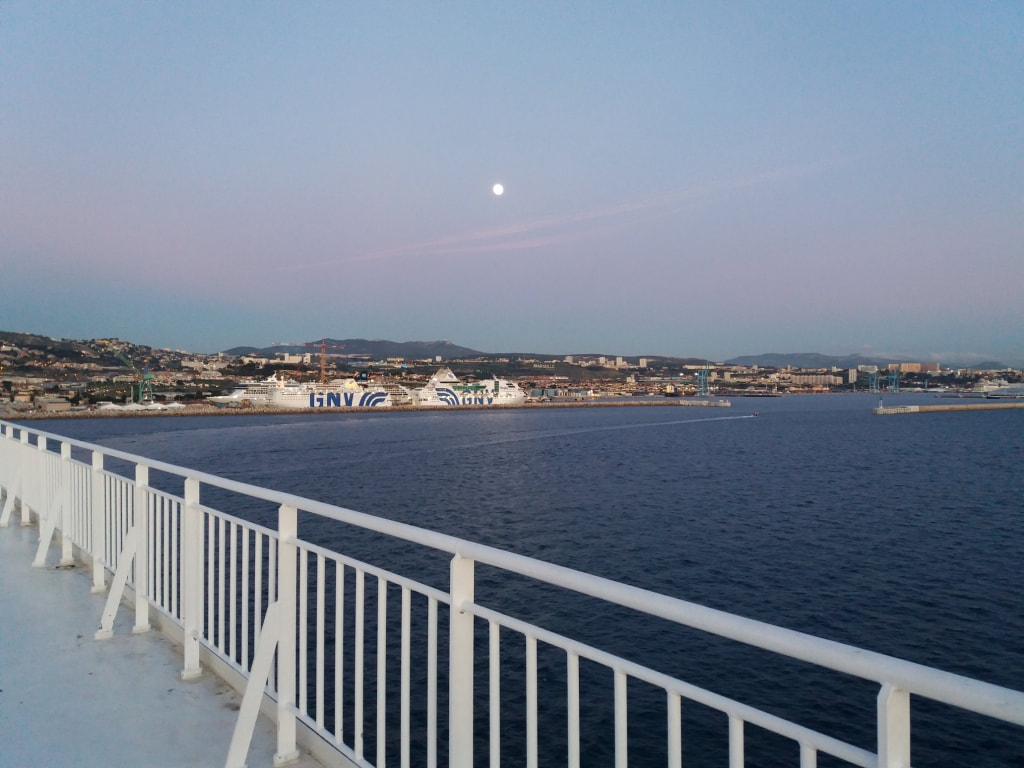 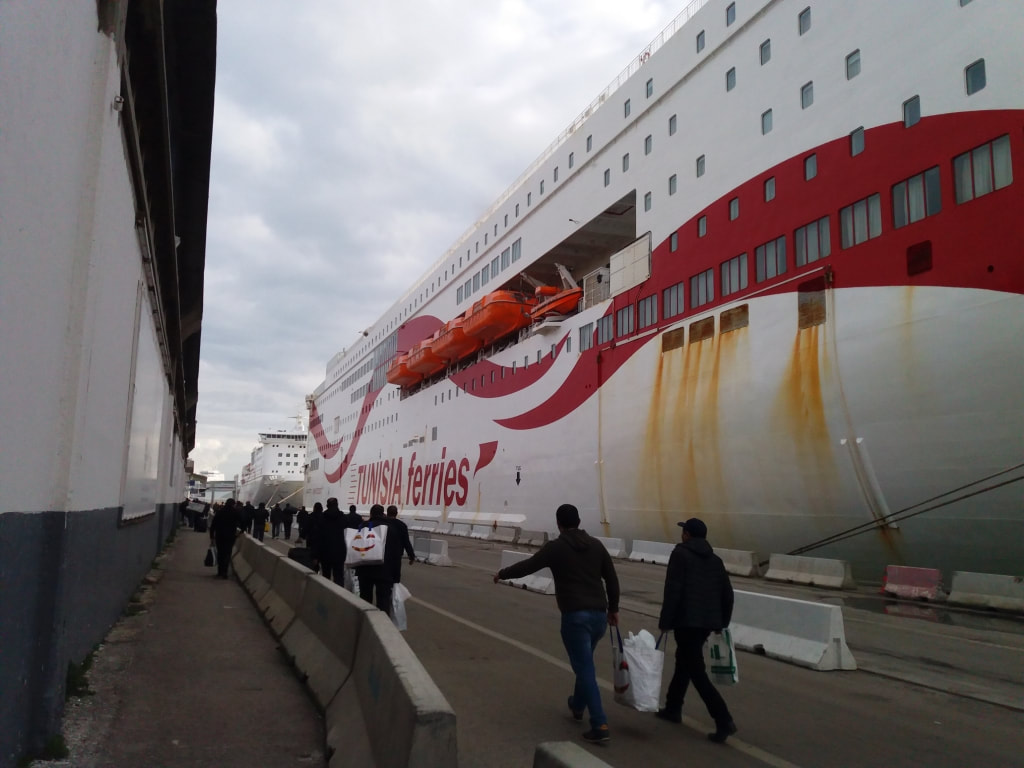