My two-night stop over in Rio Dulce | Guatemala

Connect on Twitter
Rio Dulce, hang out for yachties and home for a night or two for World Travellers like me on their way to somewhere else. 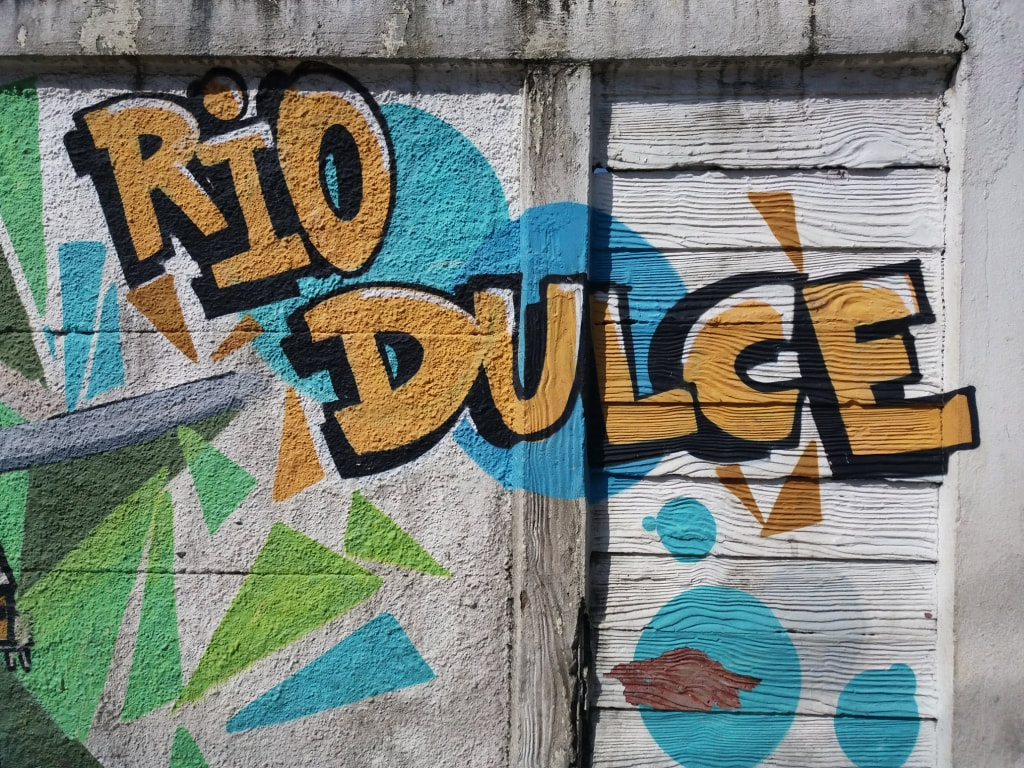 The town's landmark is the unmissable El Puente de Rio Dulce. Trucks rumble and thunder across the bridge.

​Before its completion in 1989, Rio Dulce was merely a village. Now it's a town spread along the highway connecting the northern reaches of Guatemala to the rest of the country. 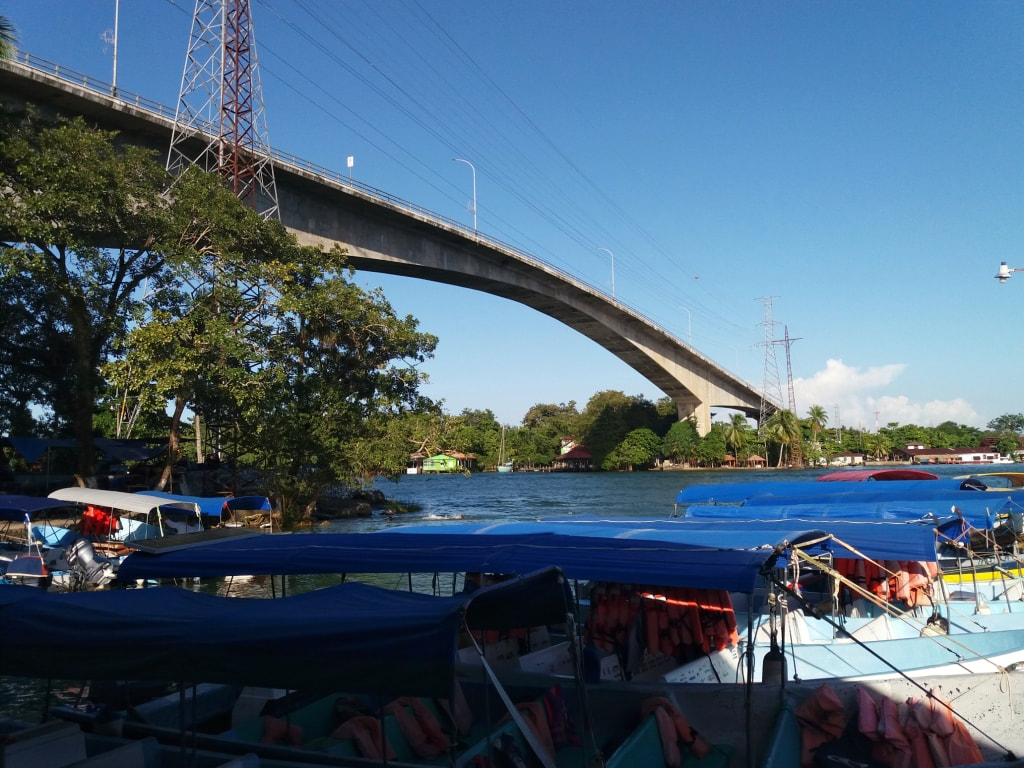 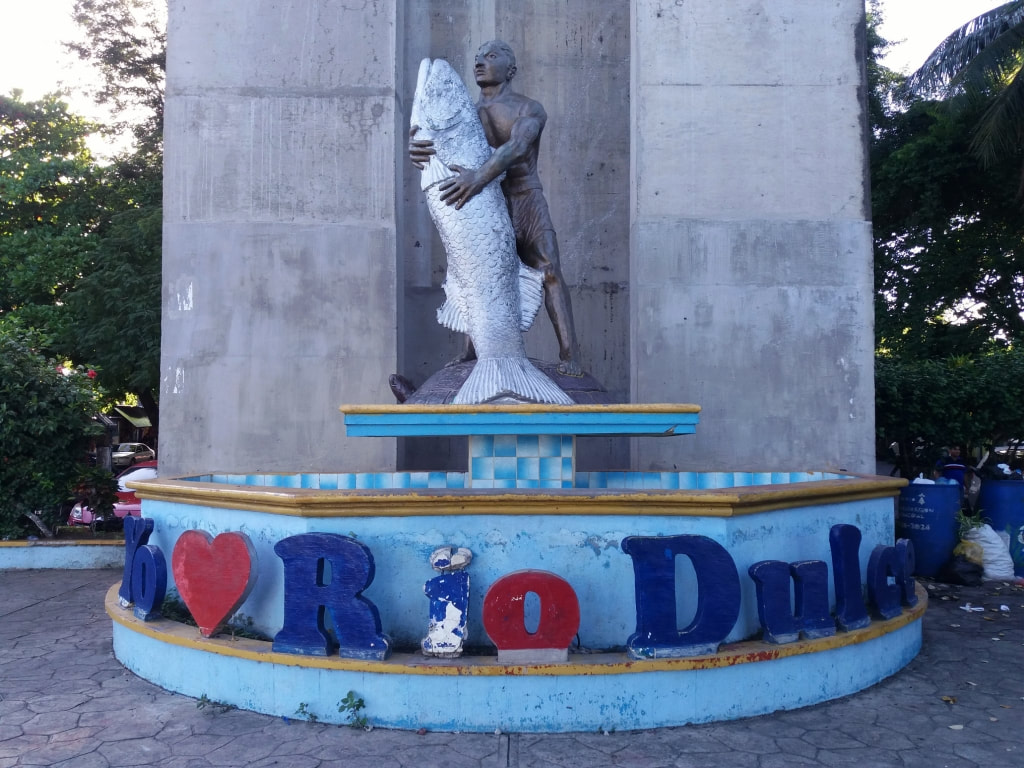 I met a couple of them, drinking beers, at a table outside a shop. I bought a small Dorado Ice and invited myself to the table. An impromptu bar. 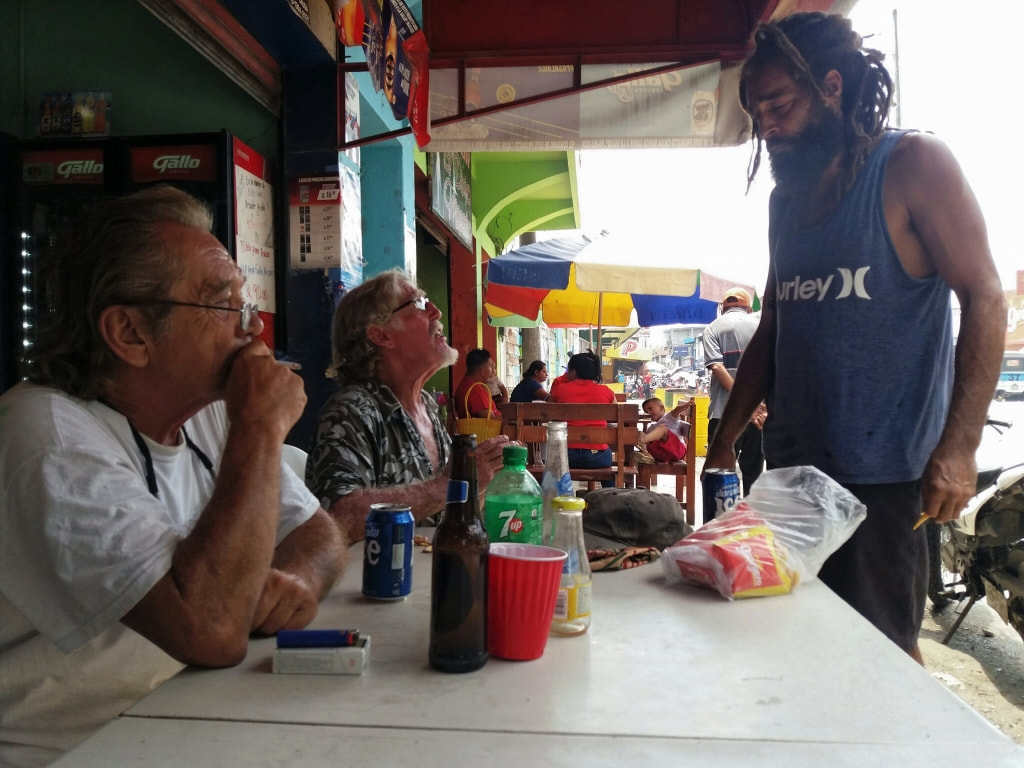 Hardly a salubrious establishment. You're at street level, literally, at the point where the bridge ends. Kenworths and Freightliners hauling shit north to the Petén.

I needed to shout to be heard. Not much different from a discotheque really. Instead of the bass of another soon to be forgotten song, we got the noise of the exhaust, the muffler, doing a shit job at muffling.

The 2 Canadians (and later an Aussie who called me a pommie c***), they have property here. 1 has had residency, for 22 years. If you have an income of 1000 USD a month, getting a permit to live in Guatemala is easy. The other has been in town for 4 years, just on a 3-month tourist visa like me.

They used to run charters. A good life, I reckon, pulling in the big bucks from rich folk, living in a developing country.

But you have to love the heat. It's hard going for me since I have been living at altitude since February.

It's the rainy season. Google tells me it's another 33 deg C but feels like 40 type of day. Oh yeah, my favourite! Not! But I have my ways of coping! 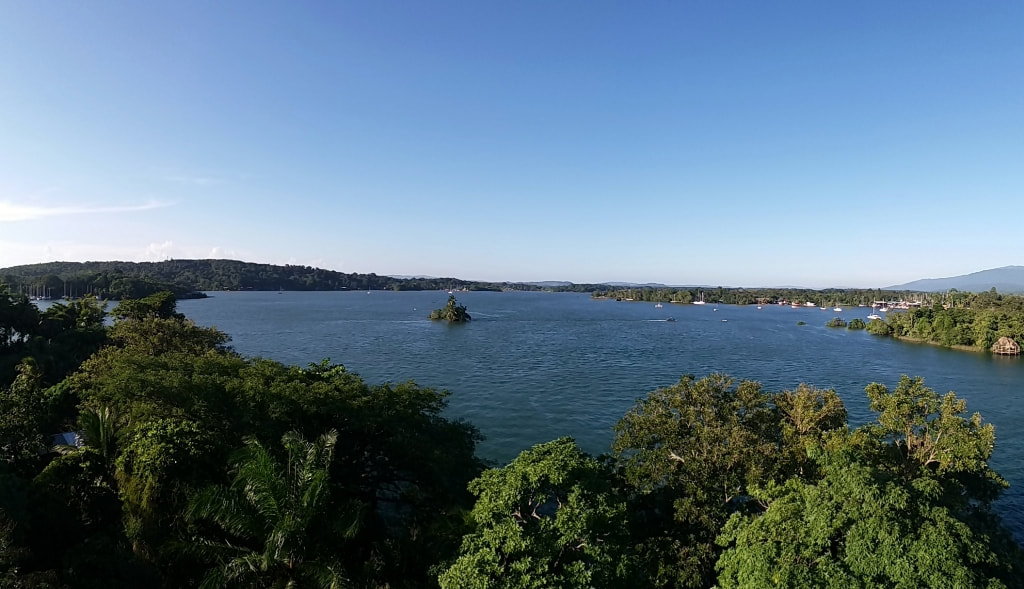 View of the Muelle Municipal in ​Rio Dulce Guatemala 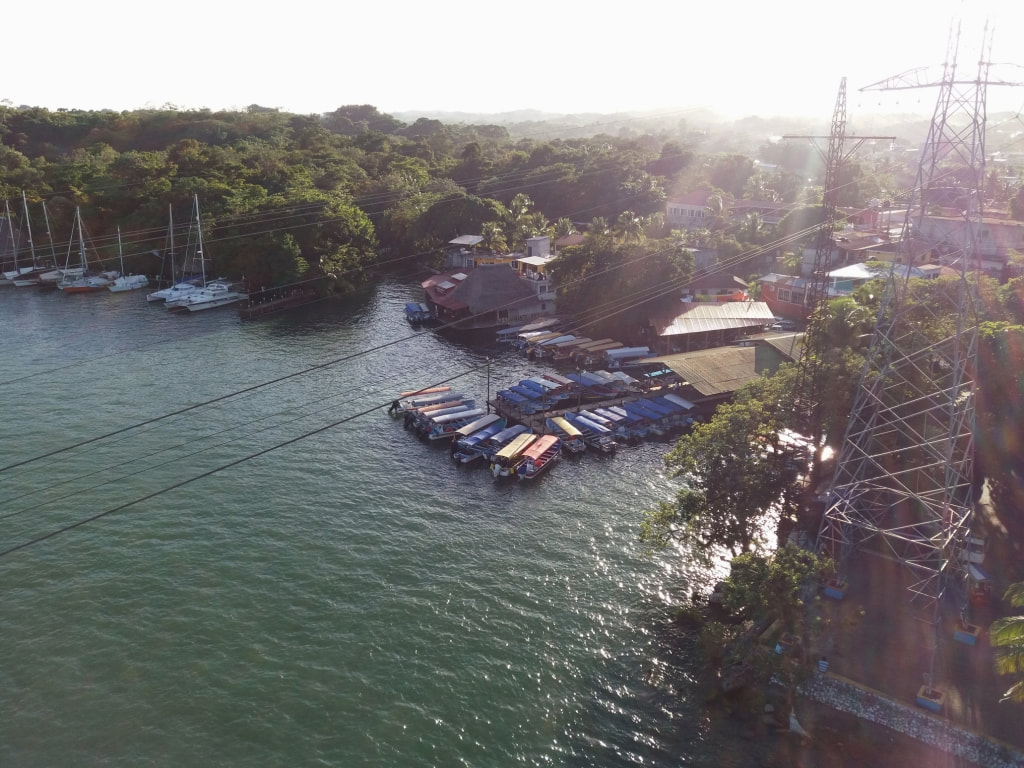 Another semi hauling ass across the Punte de Rio Dulce 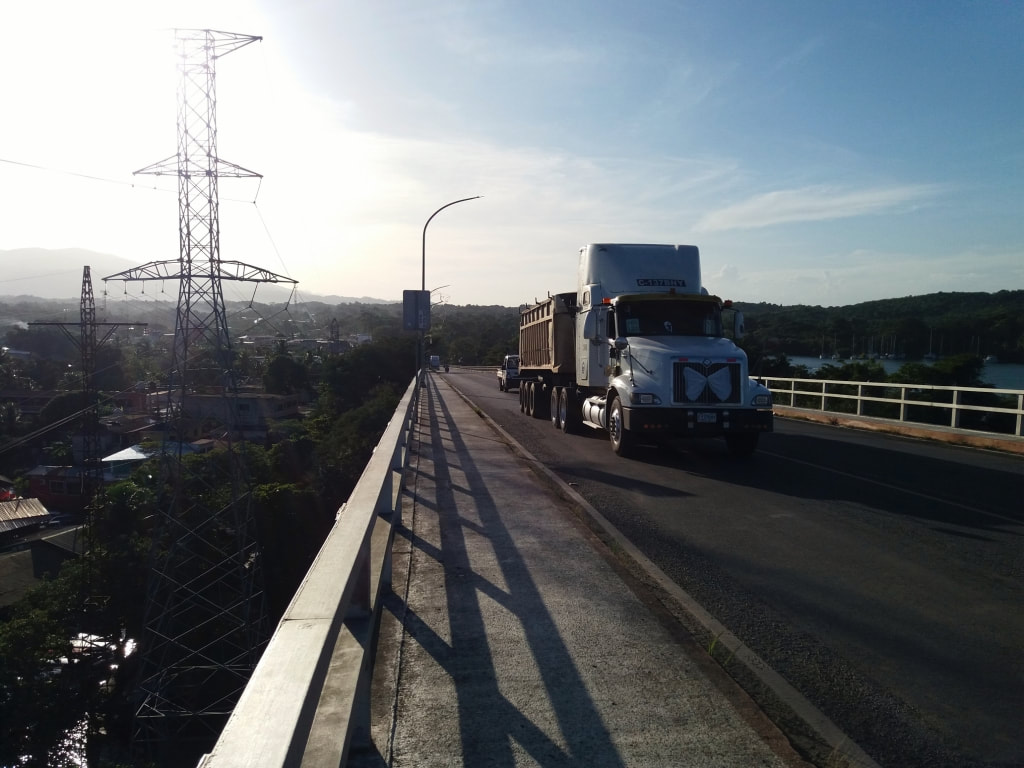 At 880m it's the longest bridge in Guatemala, good for some exercise: 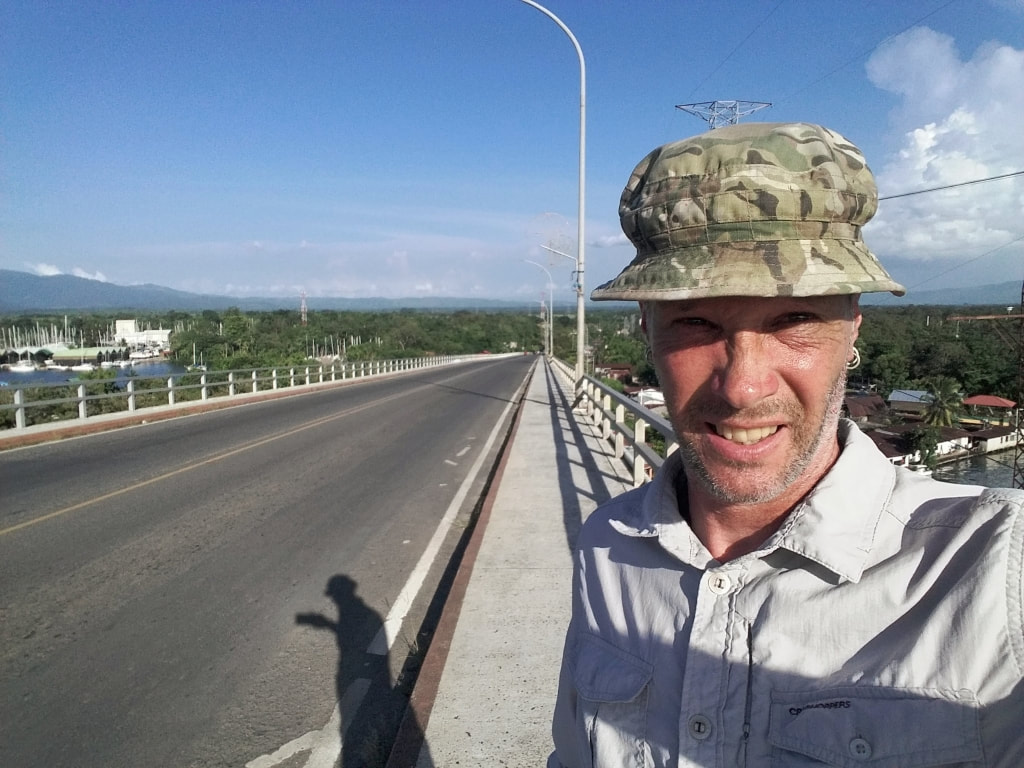 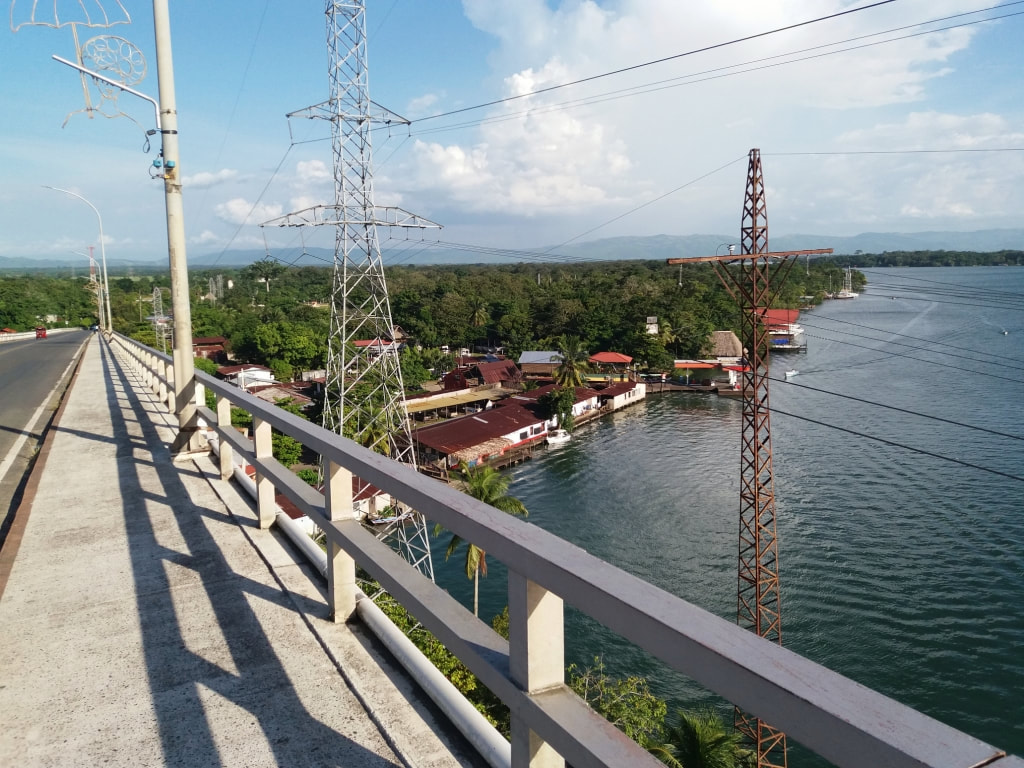 Rio Dulce, memorable for the great street food I found.: 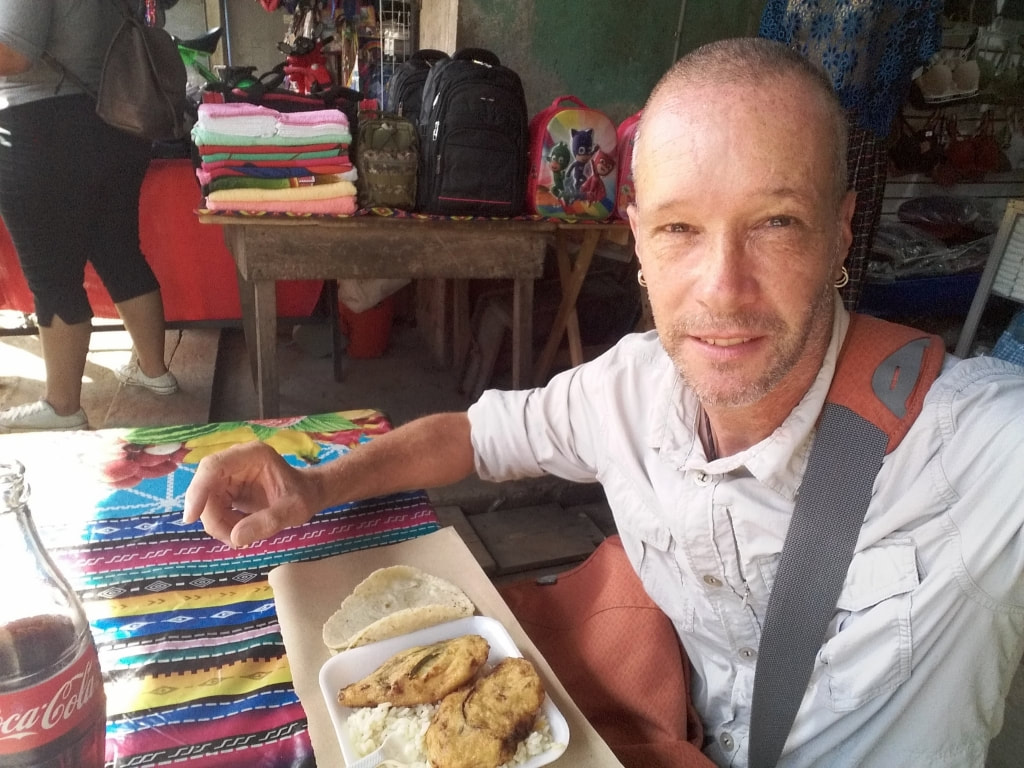 And Rio Dulce, for the likes of me? It's one of those crossroads in life. If you are on your way to or having come from Tikal, Livingston, Belize, Honduras you will most likely end up here. Maybe not overnighting, but you'll be passing through. Maybe changing buses.

​If you can spare a day, it's worth a look around. This is not your touristy Guatemala.


I stayed at the Hotel Rio Dulce. The room was like a sauna and noise from the trucks crawling up the incline (of the bridge) and the use of airbrakes coming down was very disturbing. 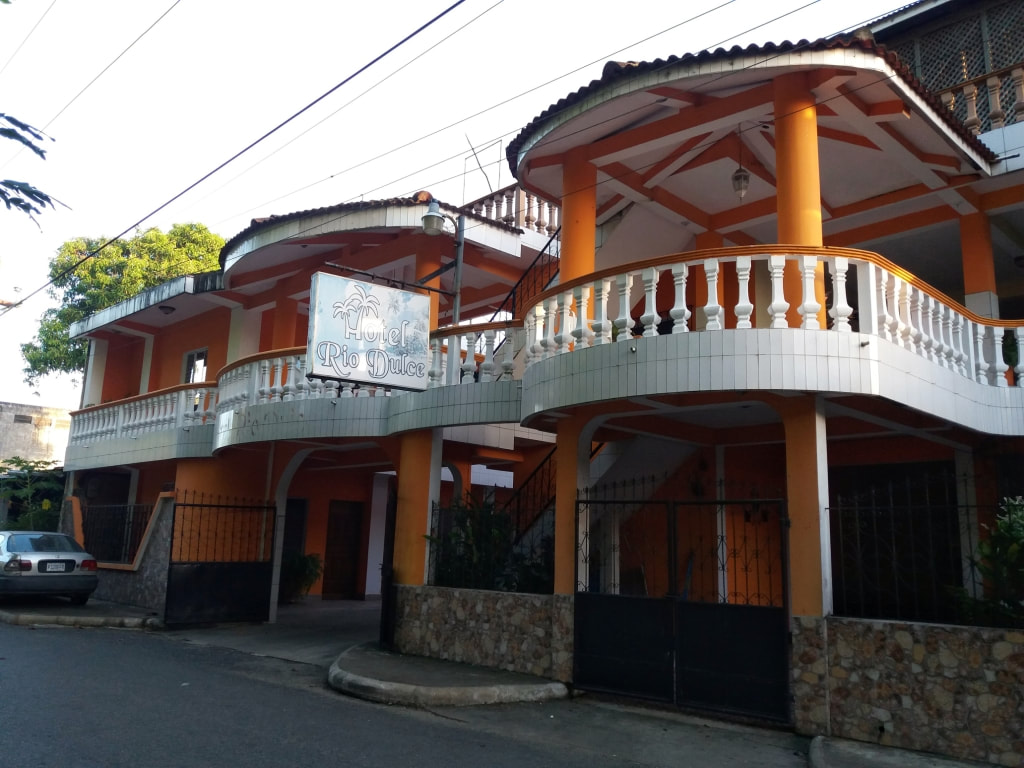 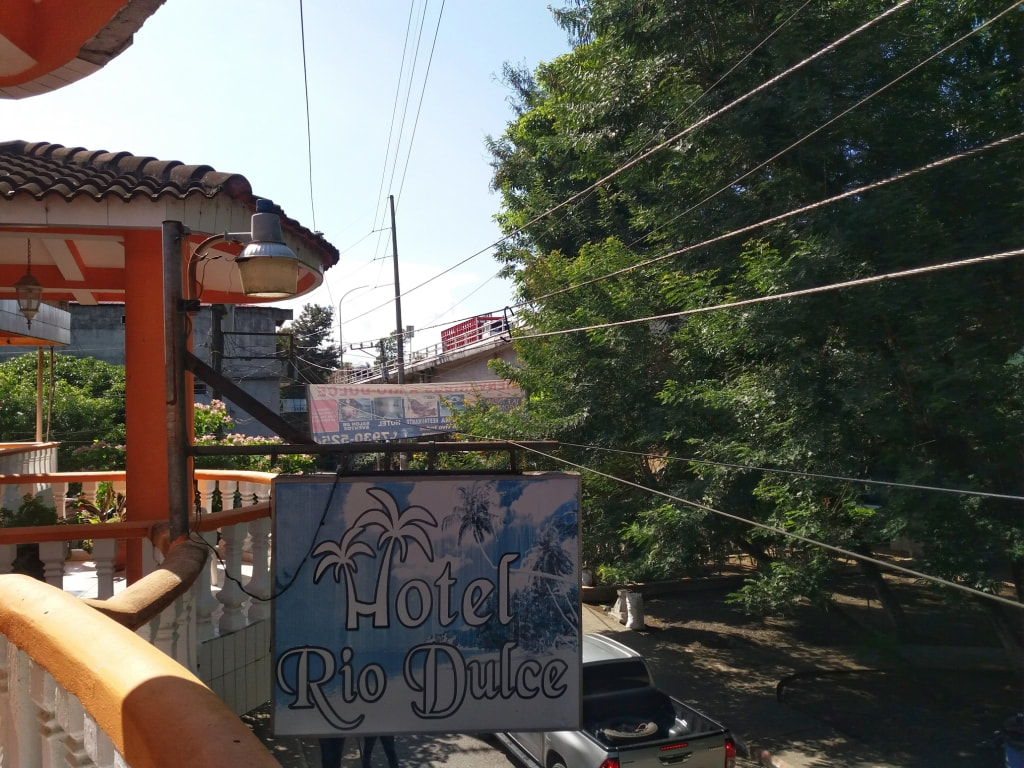 The San Filipe Castillo, 4km away in a small colectivo, 5Q but the entrance fee is a whopping 75Q. And no, I didn't go in, though the castle itself is very small, the gardens are said to be very nice. 10 USD for some nice gardens, 20 USD gets you into Tikal, the massive UNESCO WORLD HERITAGE site. Go figure!
​
​

I took a boat from Livingston but if you want to travel from Guatemala City to Rio Dulce, check out the tickets on GuateGo. 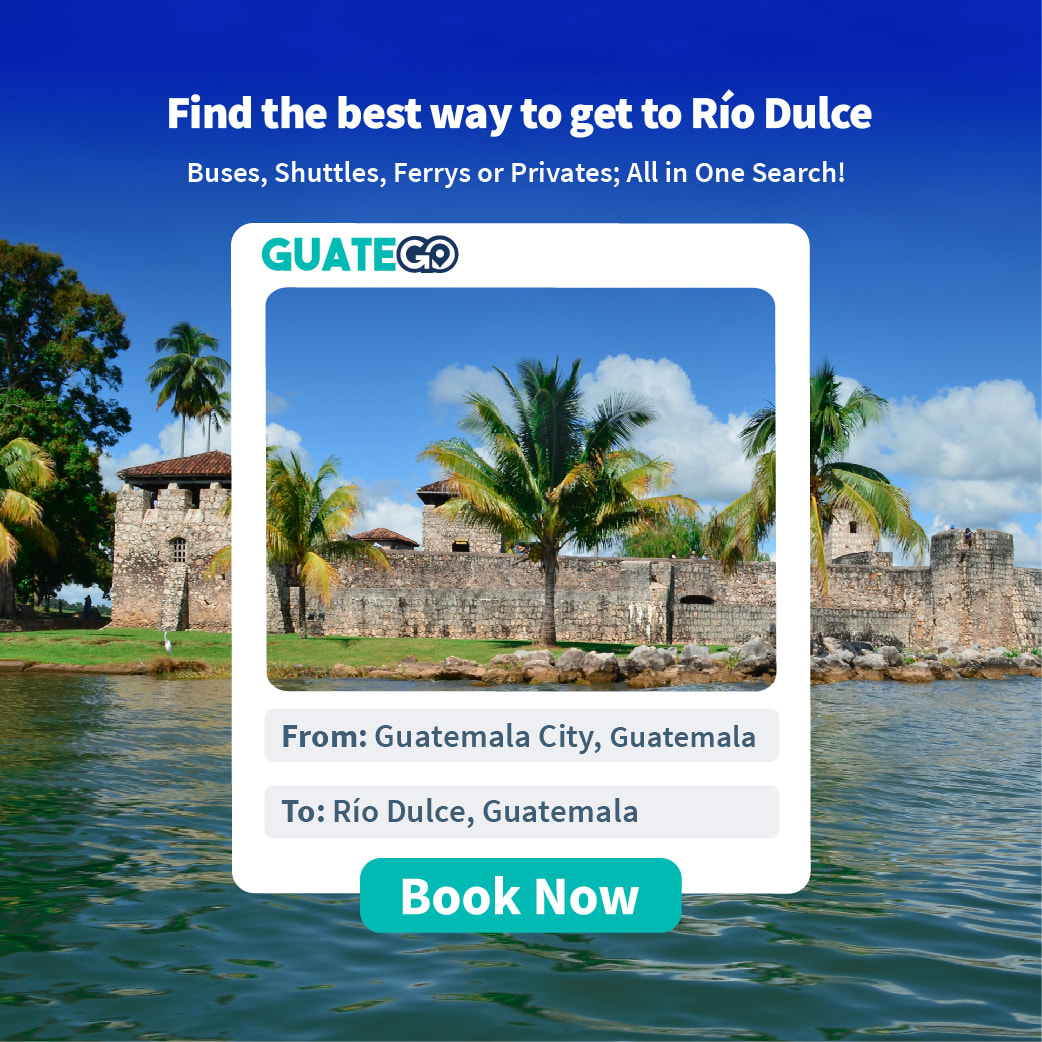