San Carlos: End of the Road in Nicaragua

August 29, 2022 | Tagged: Nicaragua
San Carlos, at the southeastern end of Lake Nicaragua and the End Of The Road In Nicaragua.

I arrived on the bus from Juigalpa: 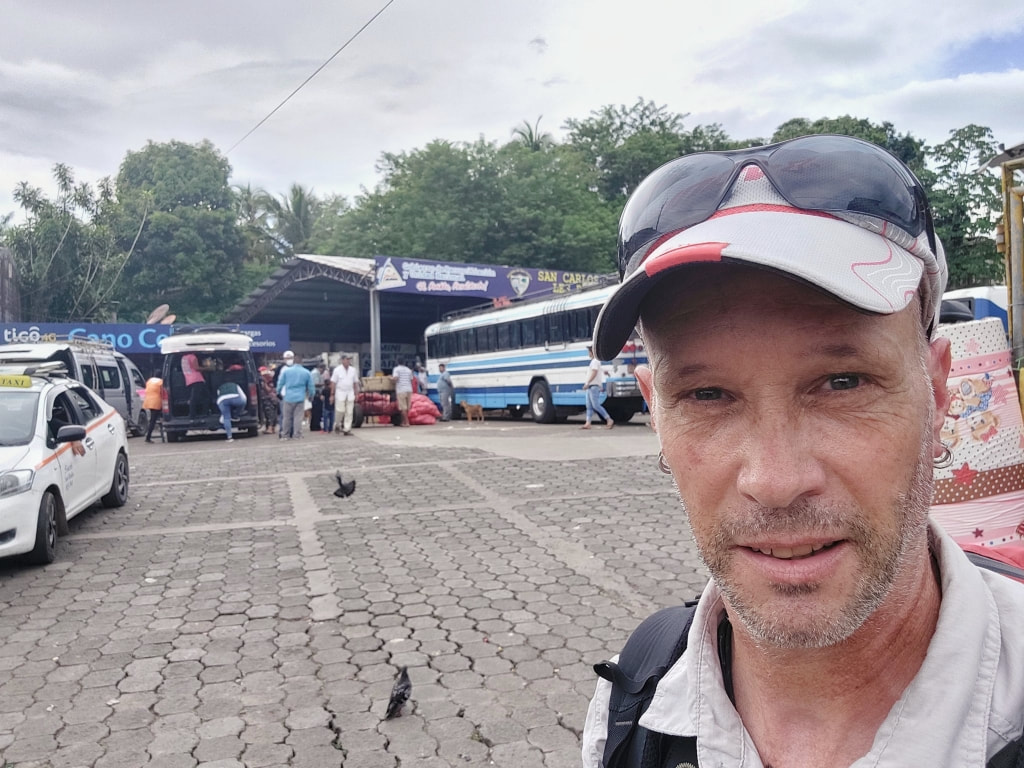 At a small eatery, "Bar y Restaurante Antojitos" to recover my senses after a rather tough bus trip from Juigalpa: 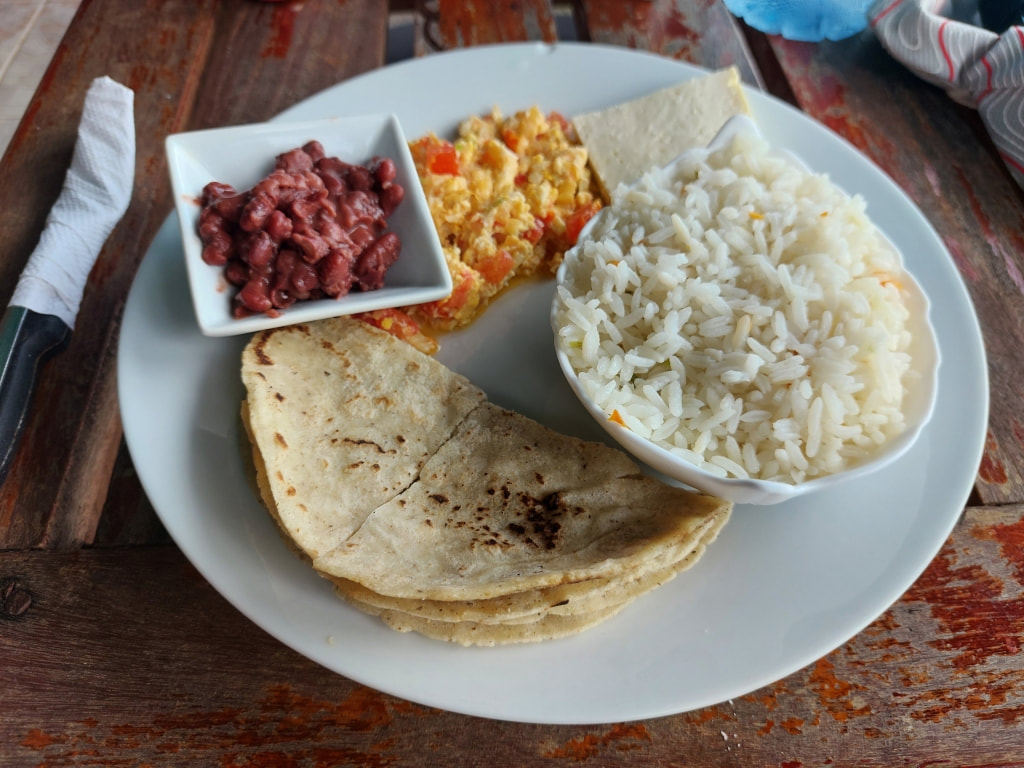 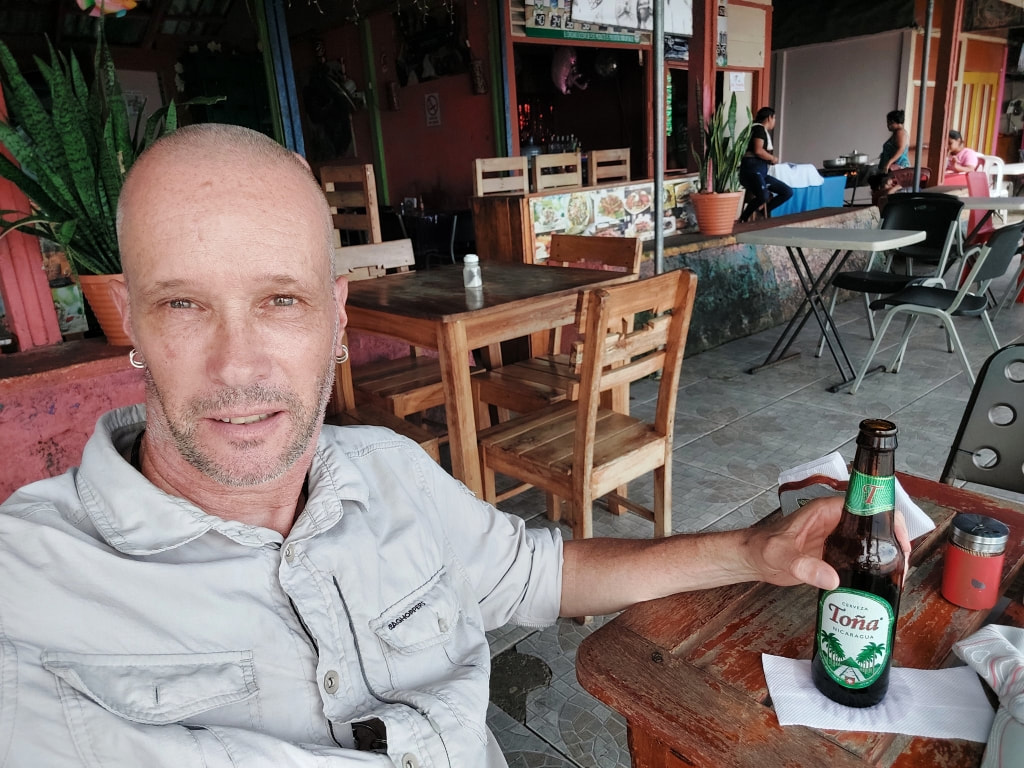 Initially, I thought that San Carlos was rather cute.

I was expecting something more 'arse end of the world' like.

3rd world border towns and port towns are often like that, hell I've been in enough of them.

The location next to the water reminded me of Livingston, in Guatemala.

I had an OK place to stay at the appropriately named Hotel San Carlos.

GoogleMaps says 'Top Rated'. Well, that might be pushing it. But a private room with my own bathroom, 12 USD a night. Though yeah, really nothing to write home about.

The cheaper ones upstairs were shared bathrooms and very bad value at 9 USD and the Wi-Fi wasn't included.

San Carlos is for me, the end of the road in Nicaragua.

I am here for the border crossing to Costa Rica. And is just a combi-van ride away.

On the bus earlier, I was feeling excited that I was going to be leaving Nicaragua soon. It hadn't treated me well.

The heat and the dengue had knocked me for 6. Then in Matagalpa, something happened to my elbow. It swelled up for, until now, reasons unknown. It hurt a bit and worried me no end. I think I chipped a bone. But how?

The elbow is still very tender to the touch. There is no bite mark from an ant or a string. The joint aches.

But is slowly getting better.

And the food here in Nicaragua is rather uninspiring.

Gallopinto, beans and rice is the staple. In a former life, rice tuna and baked beans was my staple but here, it just ain't yummi.

And despite the coffee and the Toña beer being top-notch, Nicaragua just didn't gel with me. 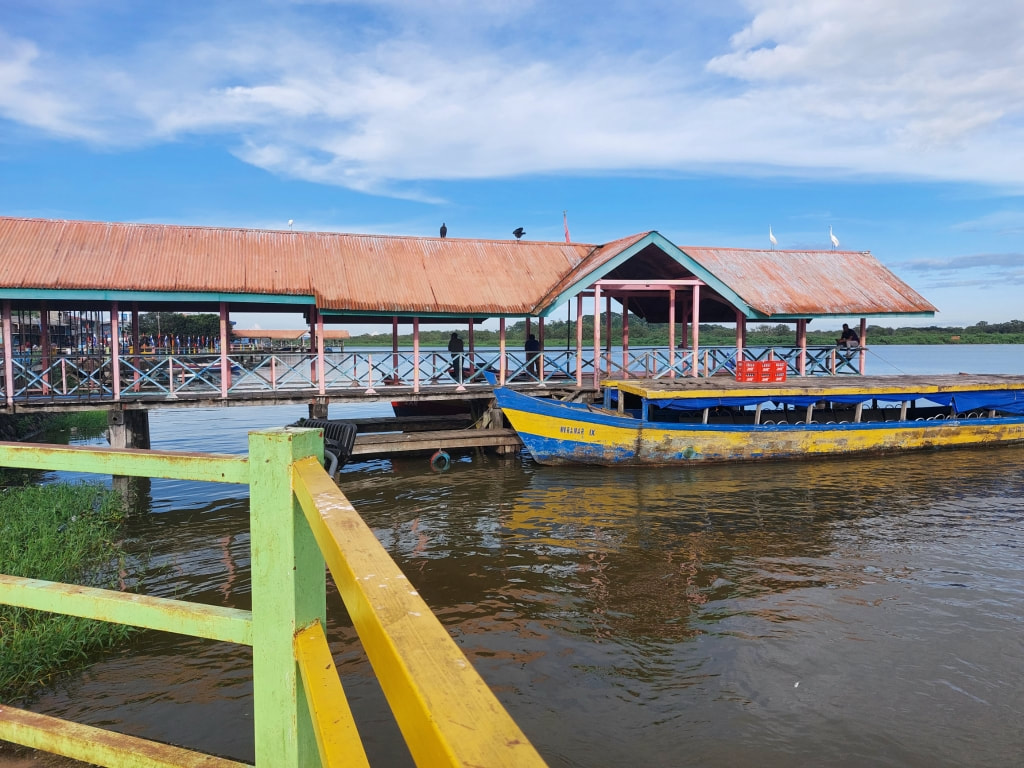 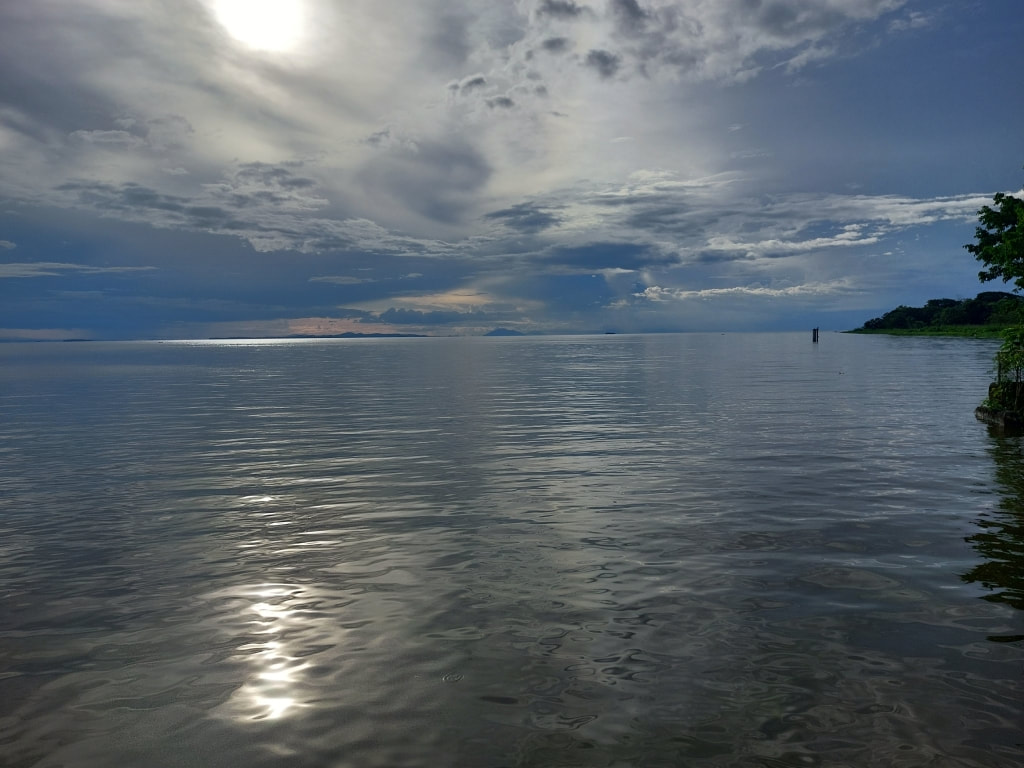 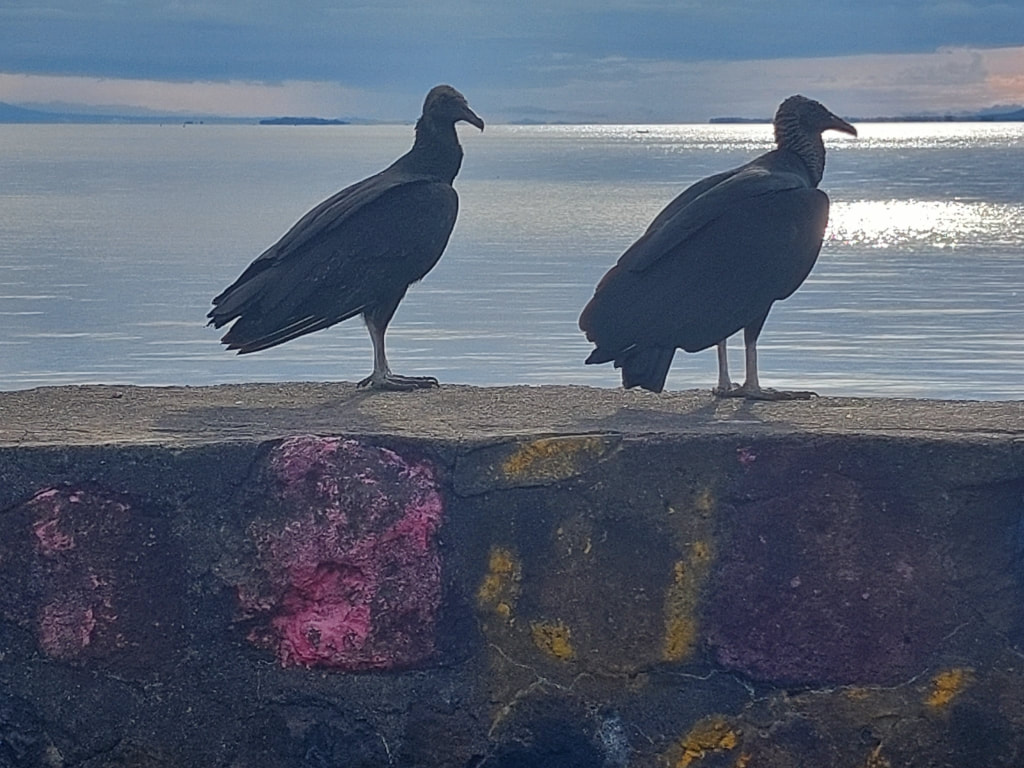 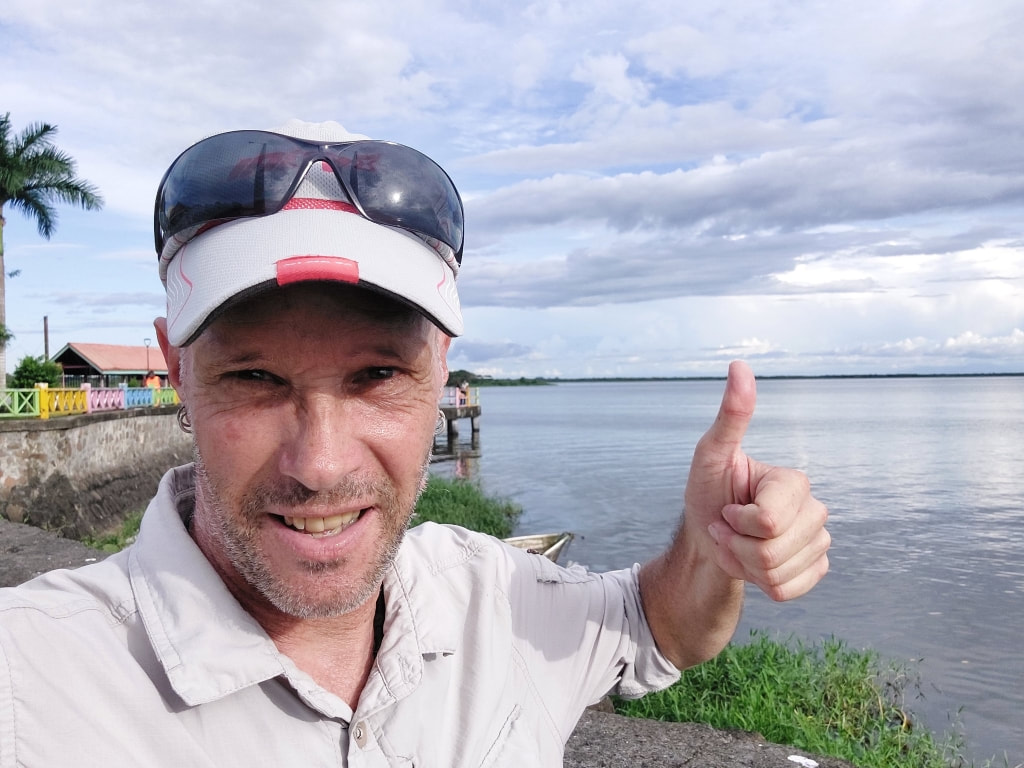 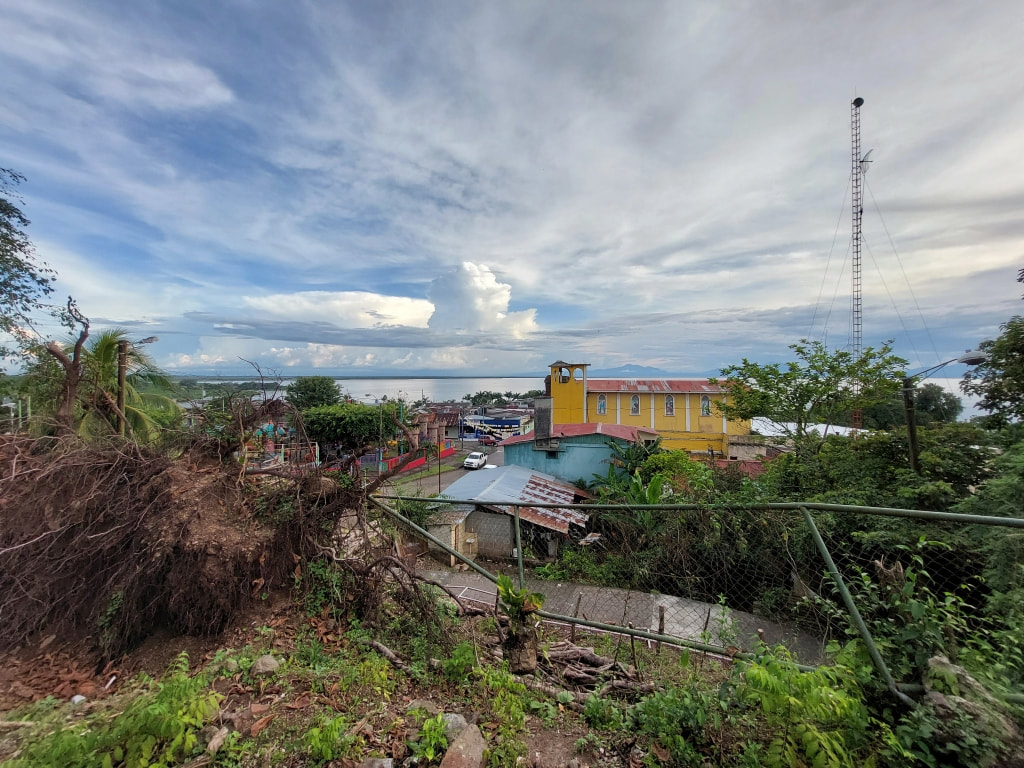 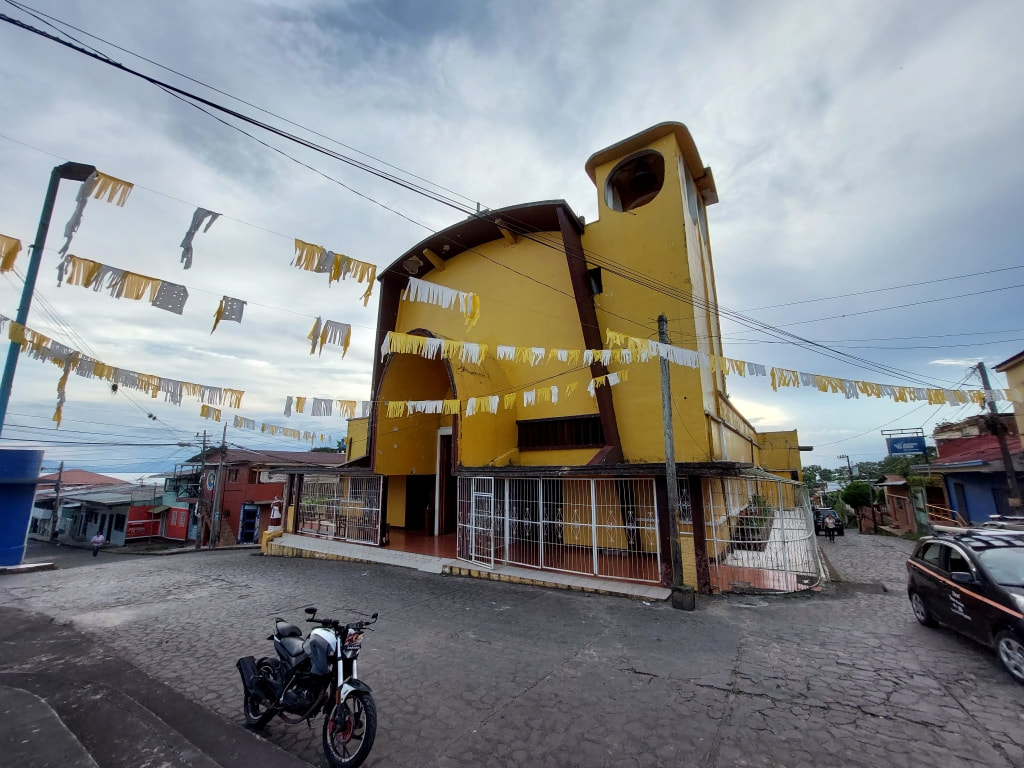 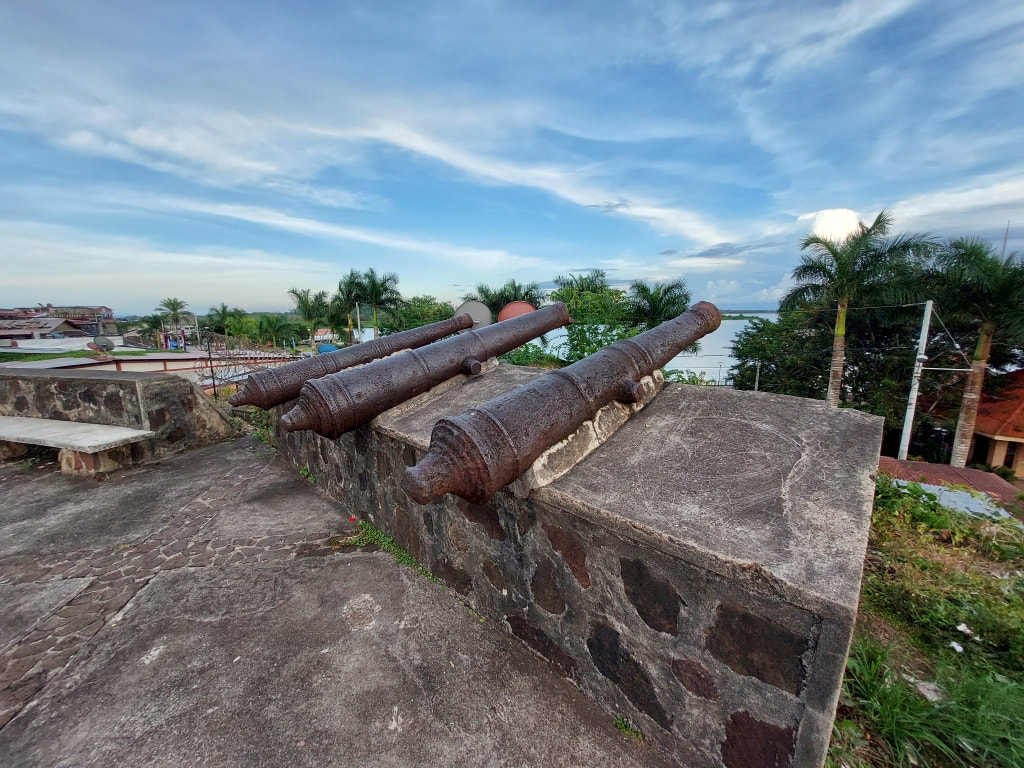 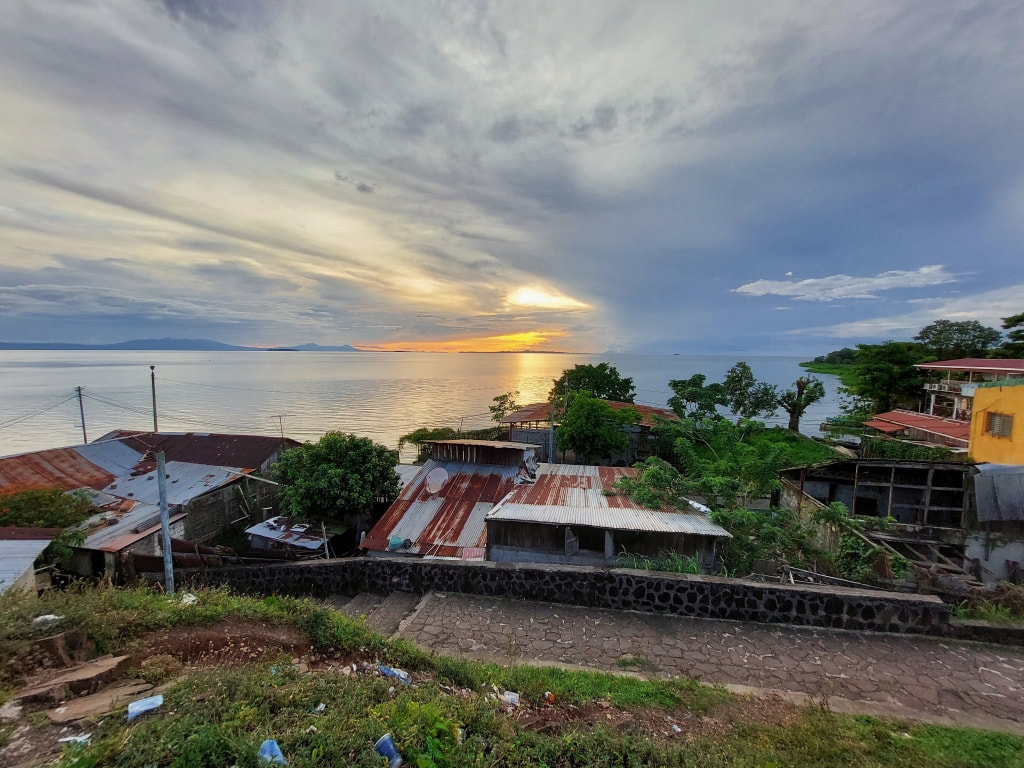 ​And now, in San Carlos, I'm like, "Hmm, I might stay a few days". But not for the food. I like the view and there is a breeze coming in off the lake

I could. I can. I just need to find an ATM that accepts my card (not as straightforward as one might expect).

A good place to think and sip my beer.

But after just an afternoon here, I was like, yeah OK. I need to get outta here. The humidity is intense and the lake smells pretty bad. 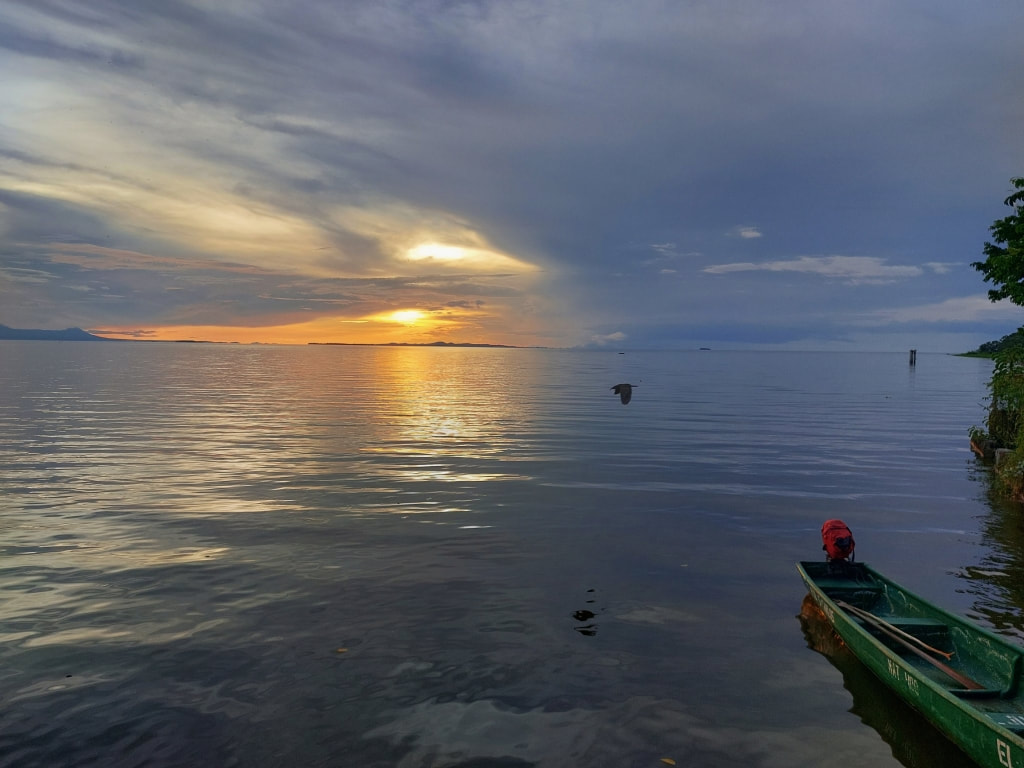 An evening beer on the Malecon, a strip of 5 or 6 food joints, all with their own sound system. It's mental.

Another night with no sleep. My brain was too active.

I was thinking how hard I am now finding the tougher places.

I wanted to go home. To sit in front of the fire with a book and a mug of tea, go for a ride on my bike. To talk with my dad.

But that life is now gone.

At 6, I could no longer lay there. I took a coffee down by the water, packed my mozzie net away and went to the bus station. 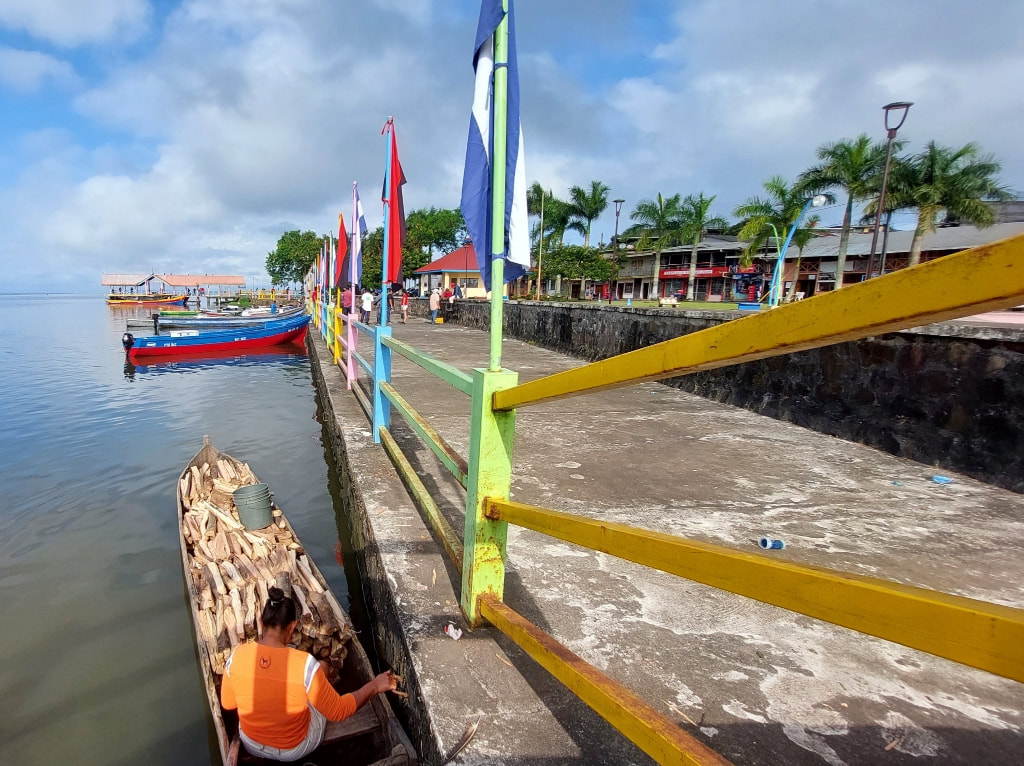 I don't recommend the Hotel San Carlos. Do yourself a favour and find a better place. Good luck!
If you have found this post interesting, you can show your appreciation by buying me a coffee.