Wrestling at the Arena Mexico in CDMX

January 10, 2023 Tagged: Mexico
For the 2nd time, I went with Miss CDMX to watch the Lucha Libre (wrestling) at the Arena México in Mexico City. 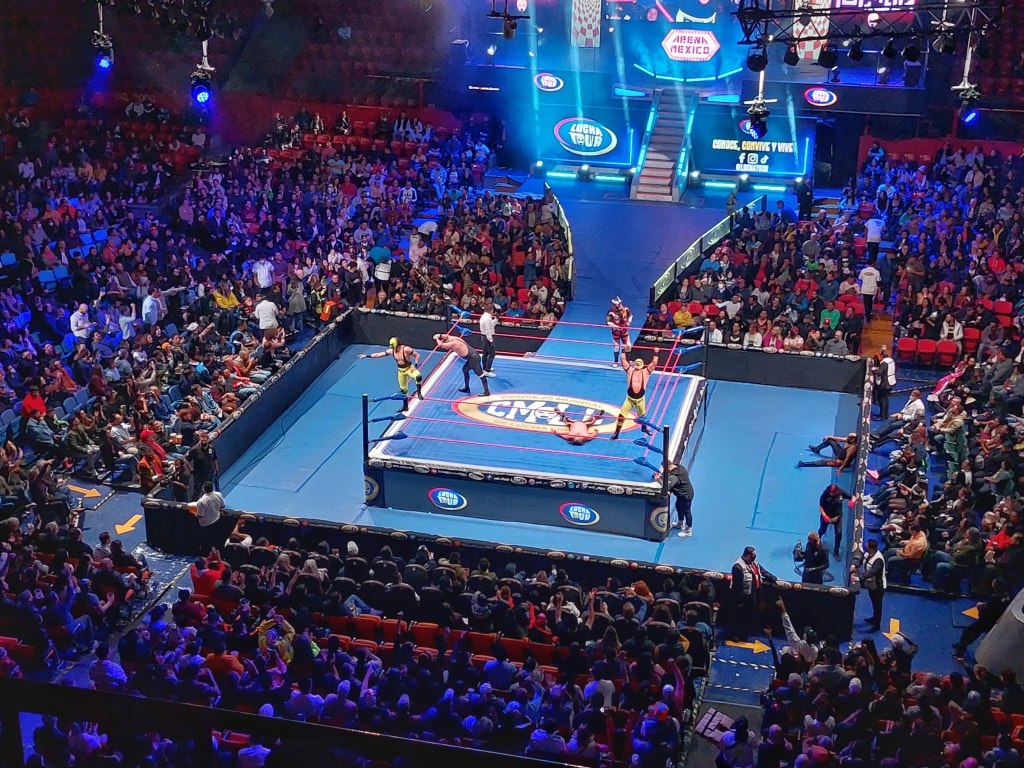 Lucha Libre is the term used in Latin America for professional wrestling and is run under the CMLL, the Consjeo Mundial de Lucha Libre, the World Wrestling Council.

And as I near the end of my present stay here, yes, I only got 90 days, I thought I would get a blog post up detailing my 3rd sport-themed outing, here in Mexico.

Last year I visited the largest stadium in Mexico, the Azteca Stadium, you know, the one that hosted the 1986 World Cup and where Maradona scored the 'Hand Of God' goal against England.

And later I went to watch a baseball game between home side Diablos Rojos del México and Pericos de Puebla at the Estadio Alfredo Harp Helú. (This is not yet online).
​

On both visits to the Arena México we just turned up and bought our tickets. Miss CDMX prefers to be in the stands, the terrace, known as the Gradas.

Here is a list of the various ticket prices: 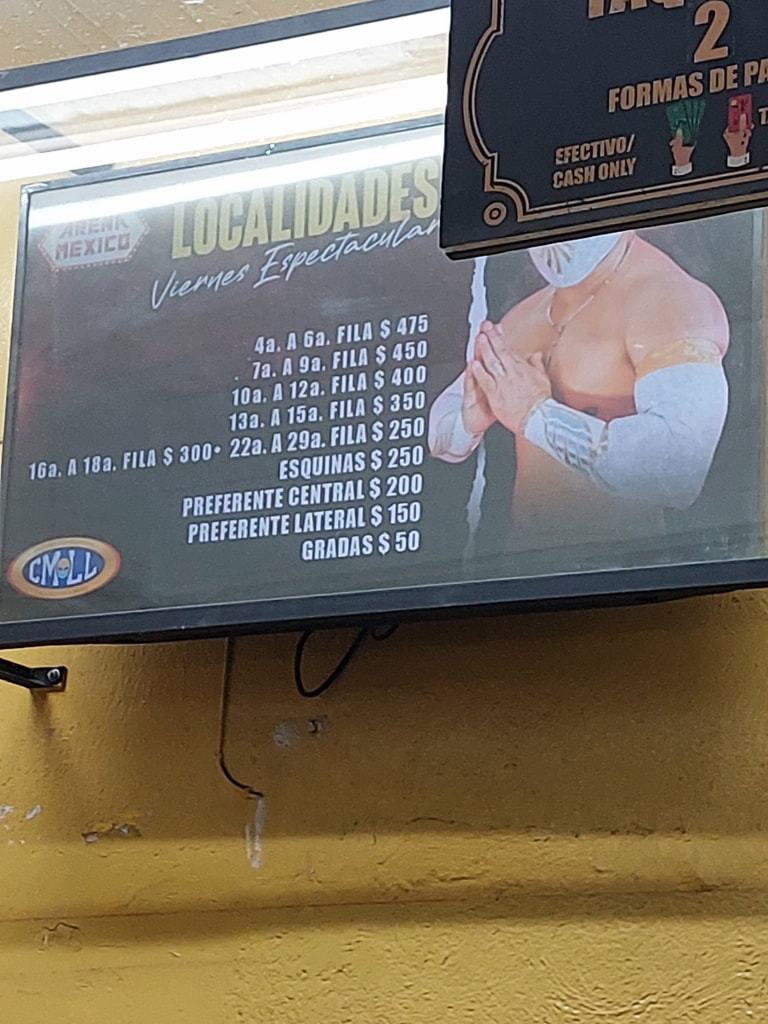 Queuing up for the tickets at the Arena Mexico on Dr Lavista street: 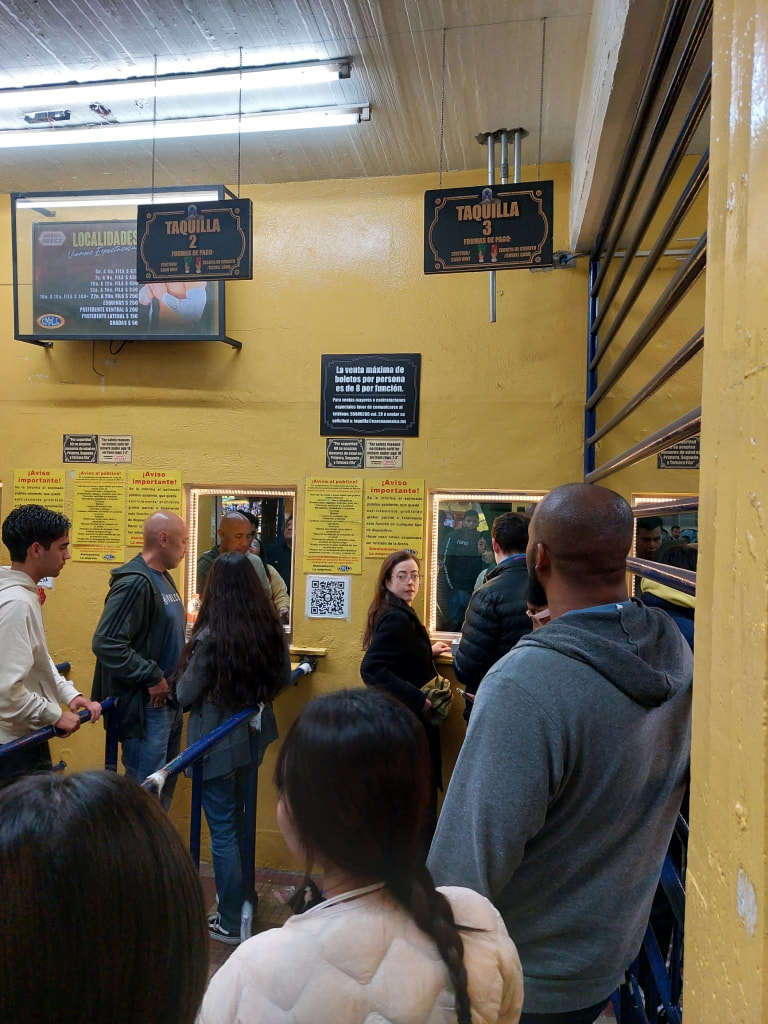 And to gain access to the Gradas, you need to use the entrance round the corner on Calle Rafael Lucio, where you show your tickets and get frisked: 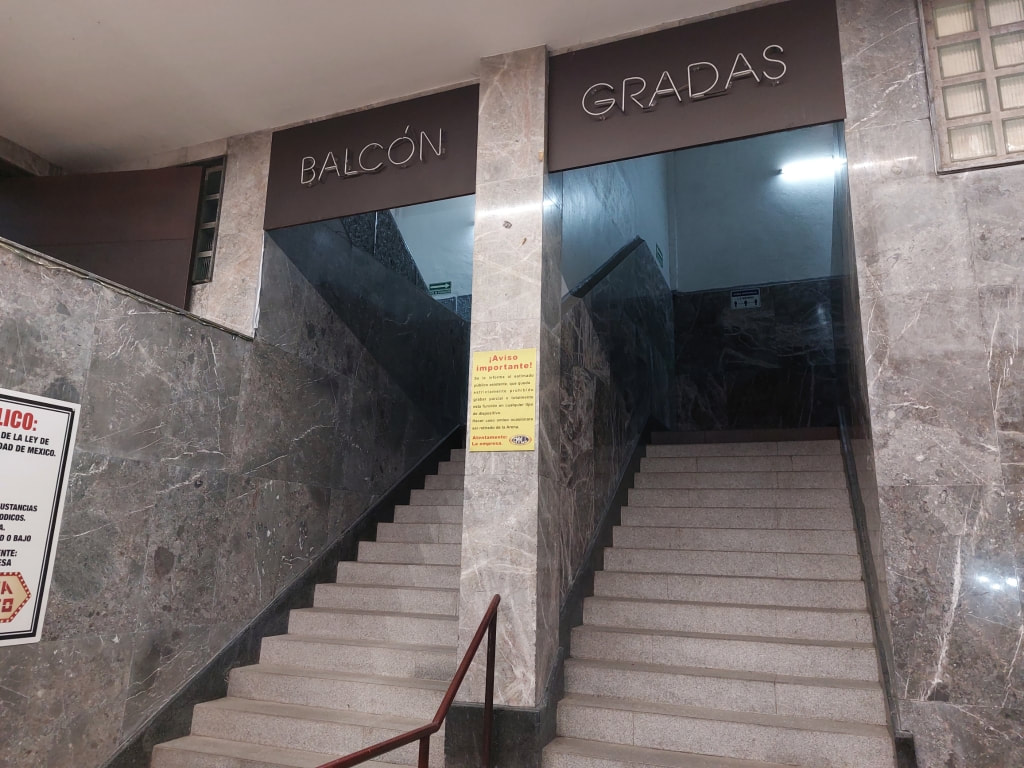 Me and Miss CDMX at the Lucha Libre: 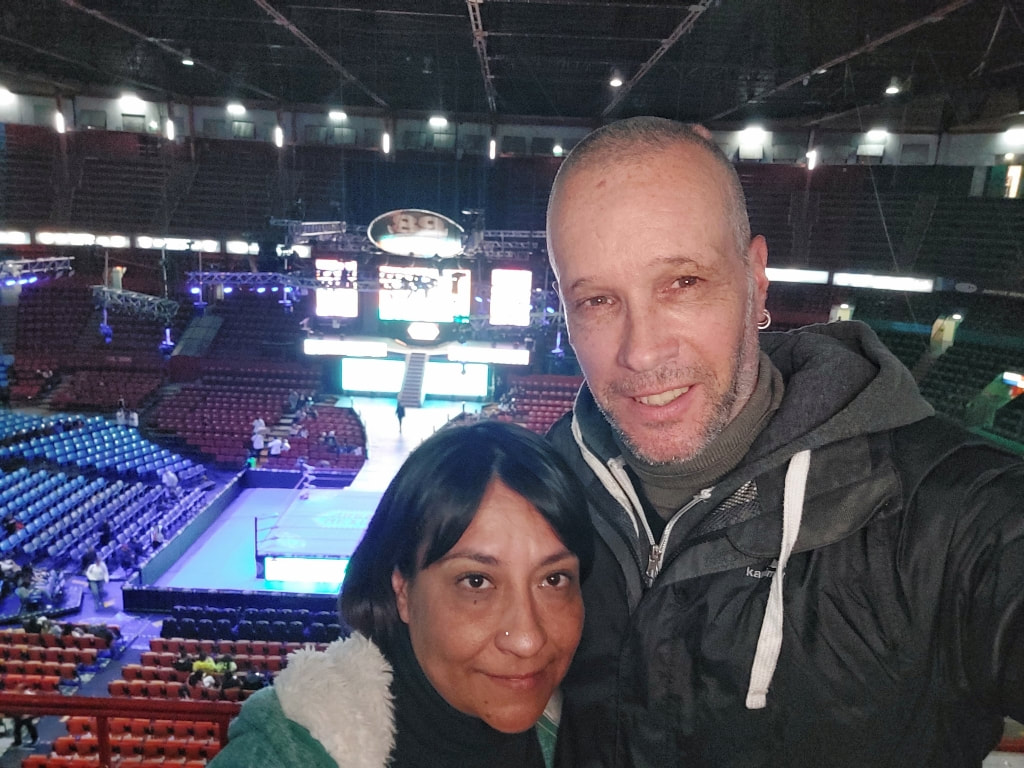 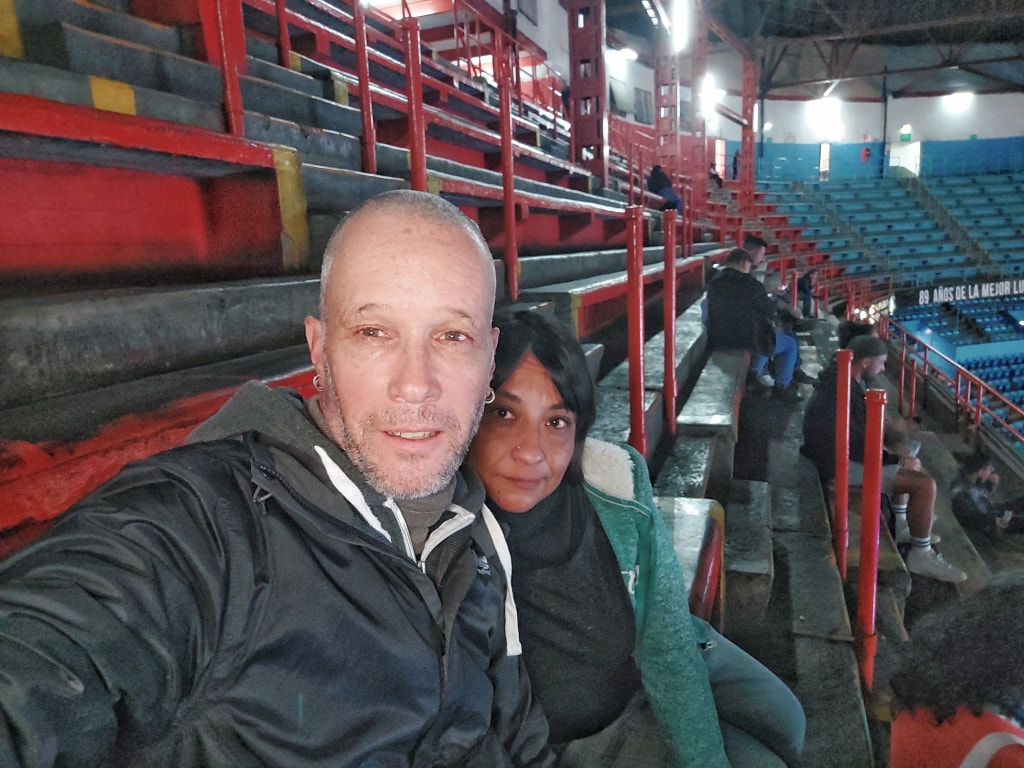 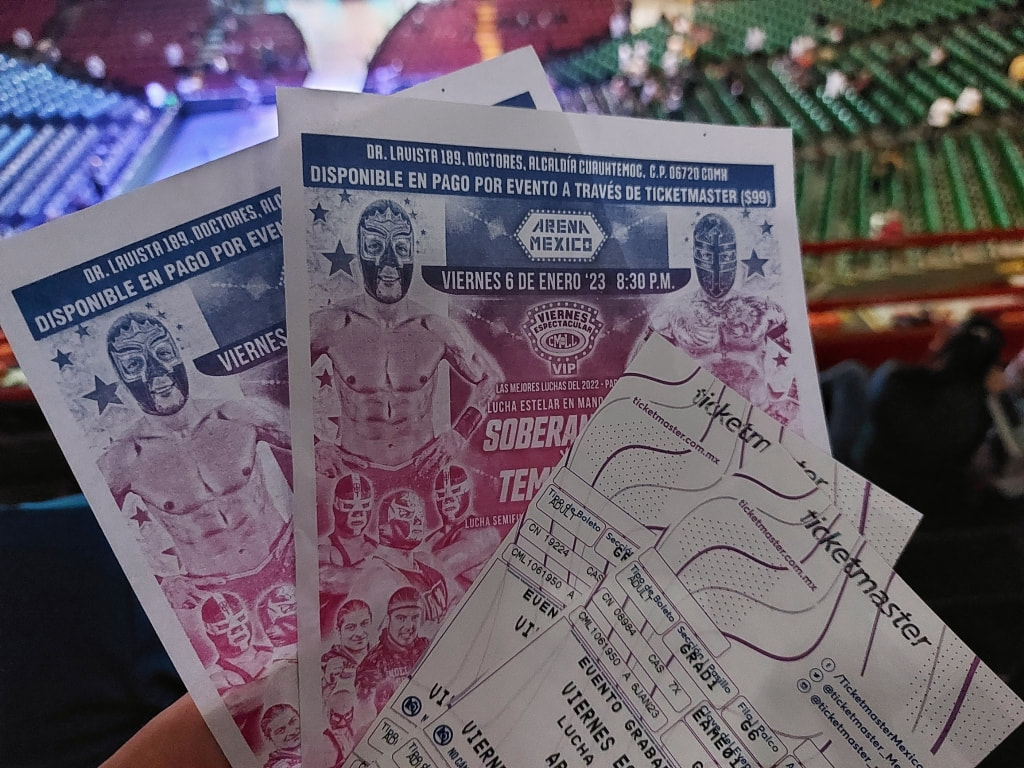 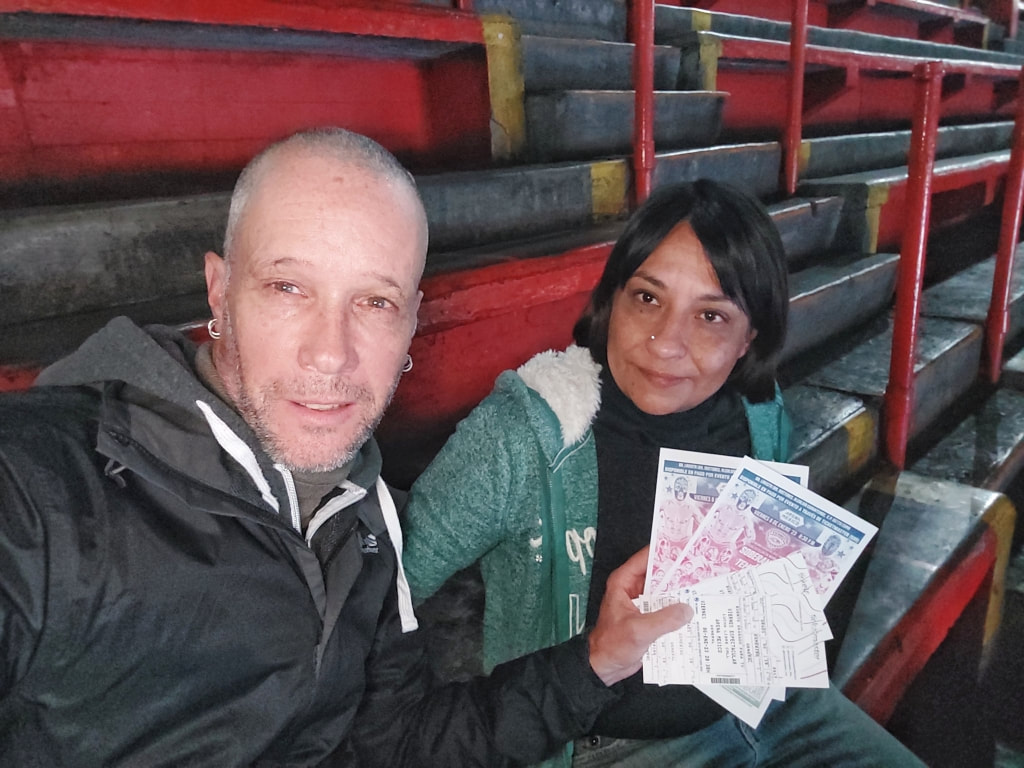 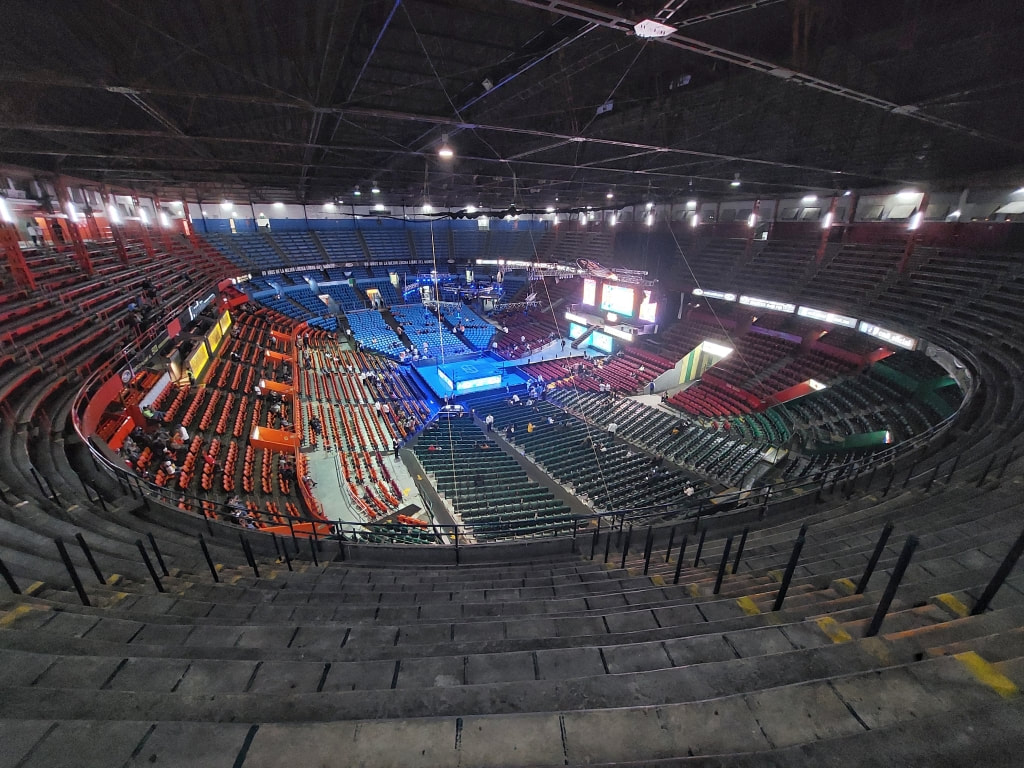 The fights are commonly between Los Técnicos and Los Rudos.

The Los Técnicos are the 'technicians', they follow the rules.They wear the face masks.

The Los Rudos are the 'rude boys'. They commonly flout the rules, ignore the ref and have long hair.

It all looks very well choreographed and staged but they set up the moves to avoid serious injury. Imagine having a 200 pound guy landing on you with your neck twisted at a bad angle. 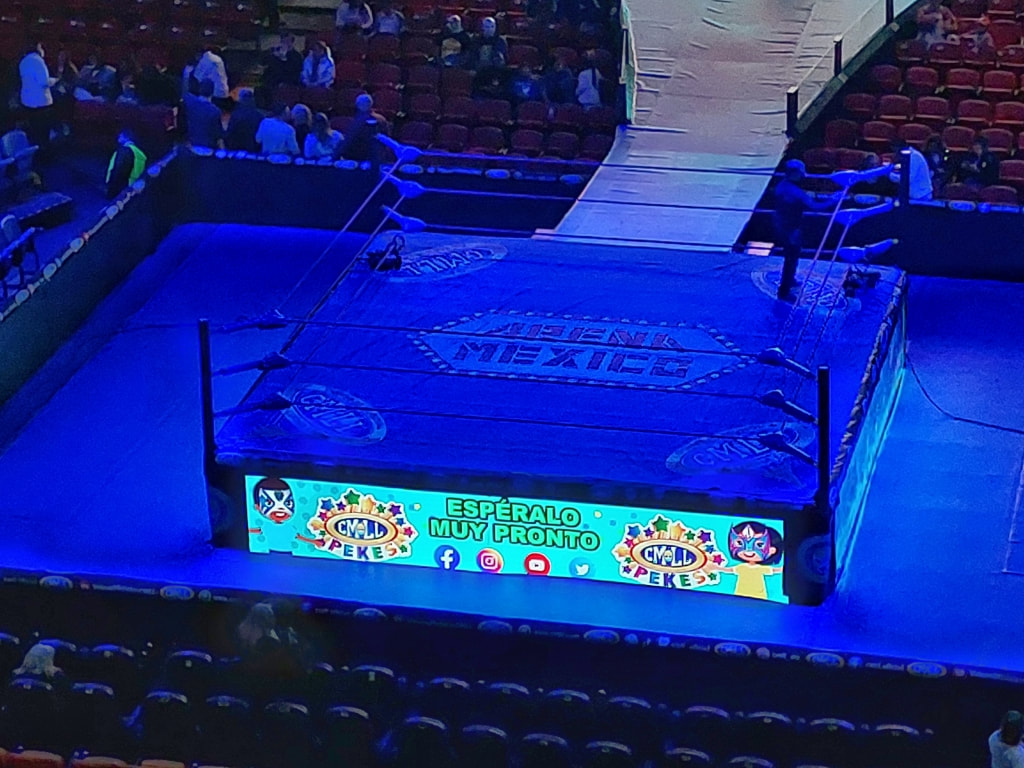 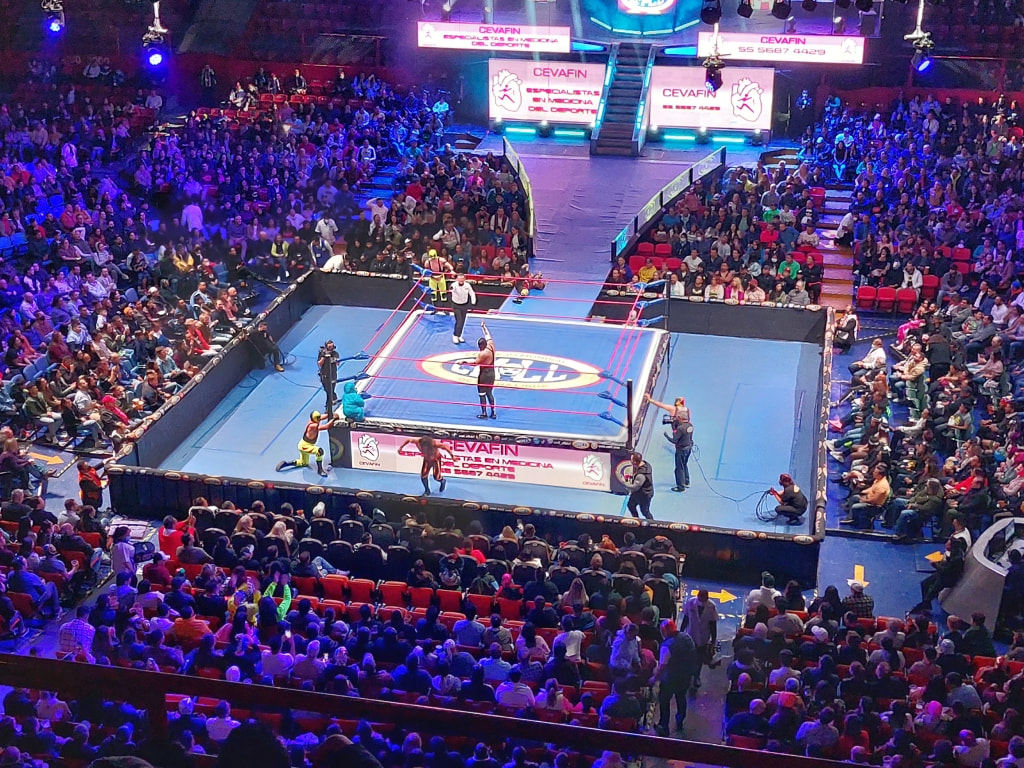 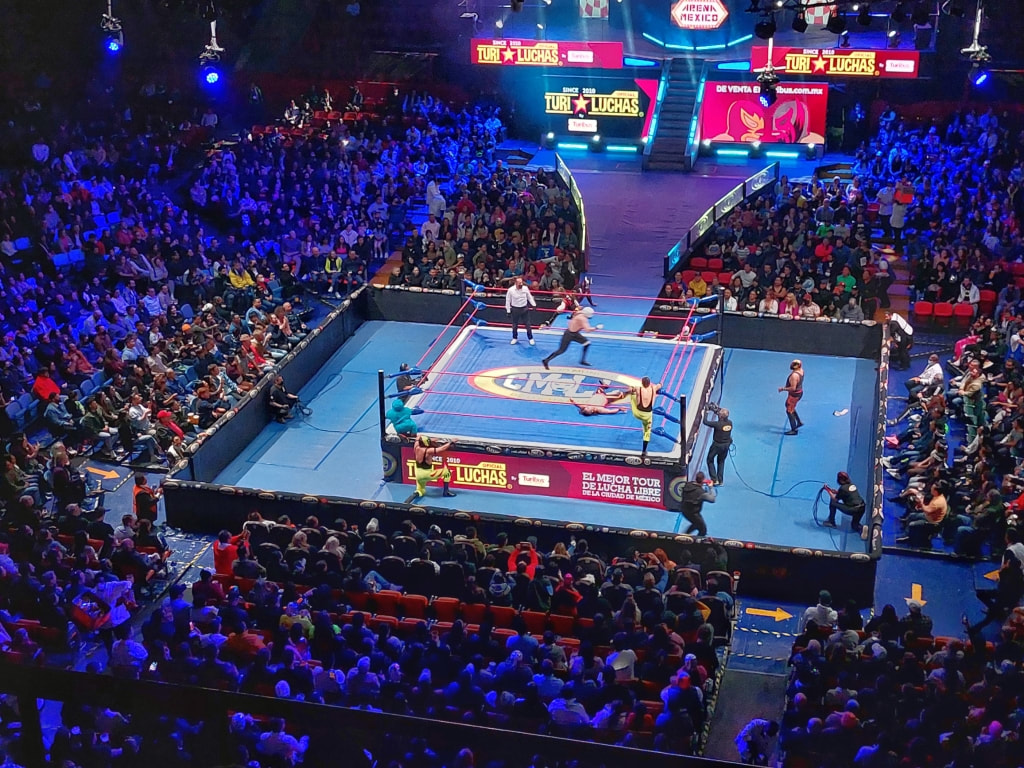 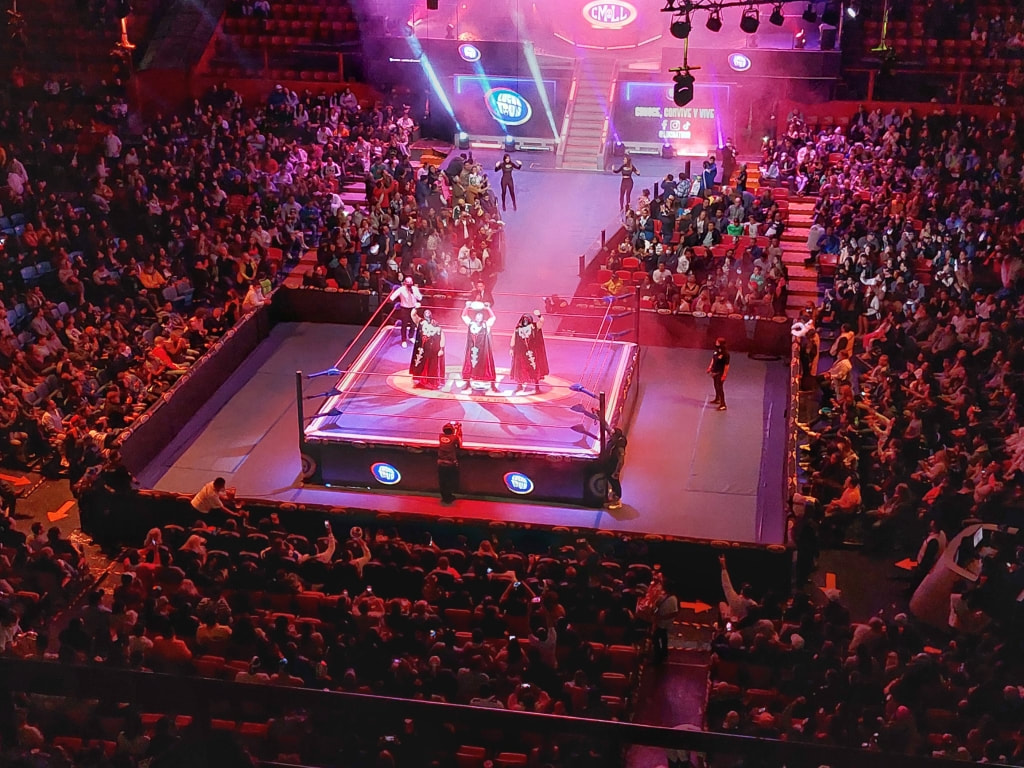 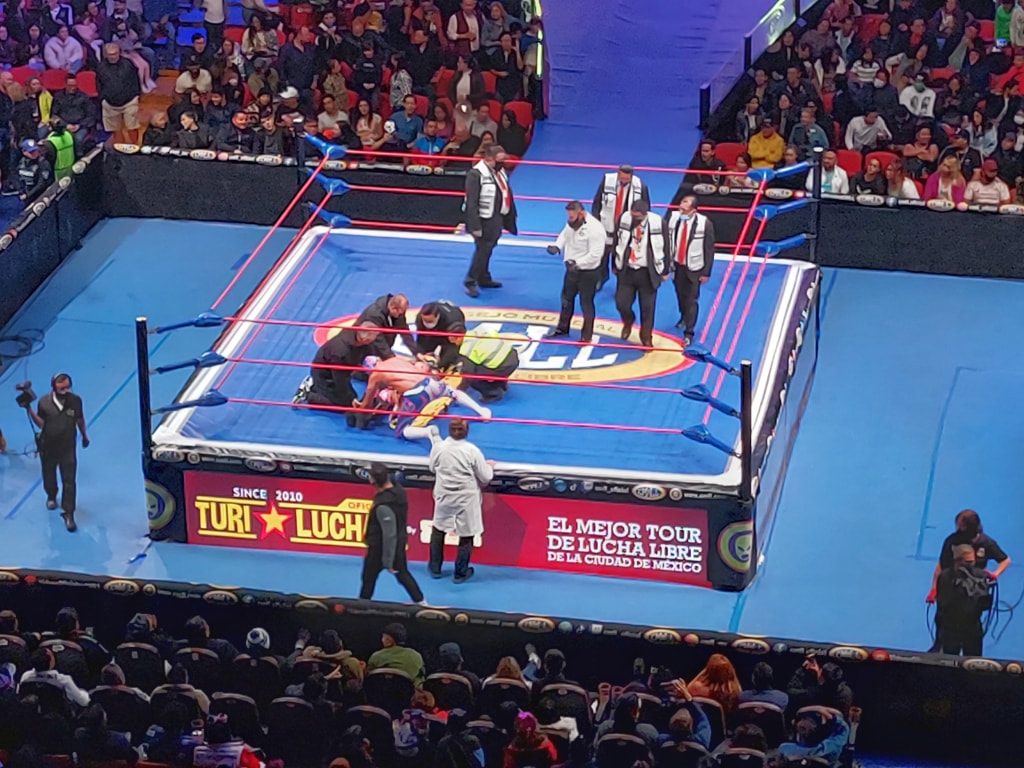 Here are a couple of short video clips:

Where to find the Arena Mexico:

When to go and watch the Lucha Libre:

You can watch the Lucha Libre at the Arena Mexico:

The program runs for about 2 hours.

The CMLL also run events at the ARENA COLISEO, which is not far from the Palacio de Bellas Artes on Saturdays at 7:30 pm and at the ARENA PUEBLA in Puebla on Mondays at 9 pm.

​You can check the details on the CMLL website.