Connect on Twitter
Dakar. I flew in from Tunis via Casablanca with Air Moroc. This is a logistics post interspersed with impressions based on my experiences in February 2020.
​

3 am and I breezed through immigration with no pain in the arse questions regarding onward tickets and collected my bag.

Actually, I could have gone carry-on but there was no charge for checking it in and I had a whole load of liquids; mosquito repellant that I could not afford to get confiscated.

There was a notice in the airport at Tunis, saying no liquids were allowed as carry on, expect stuff for babies. I dunno about the 100ml rule.
​
I found a quiet space behind some seating area, put down my rain jacket, clipped my messenger bag on to a belt loop on my jeans with a carabiner and went to sleep; for a bit. Some guys woke me to ask which flight I was taking, thinking I catching a flight out.

​Senegal is on GMT, no daylight saving. It doesn't get light until 7 am. I drew out 200,000 XOF and got myself a coffee and waited for daylight. 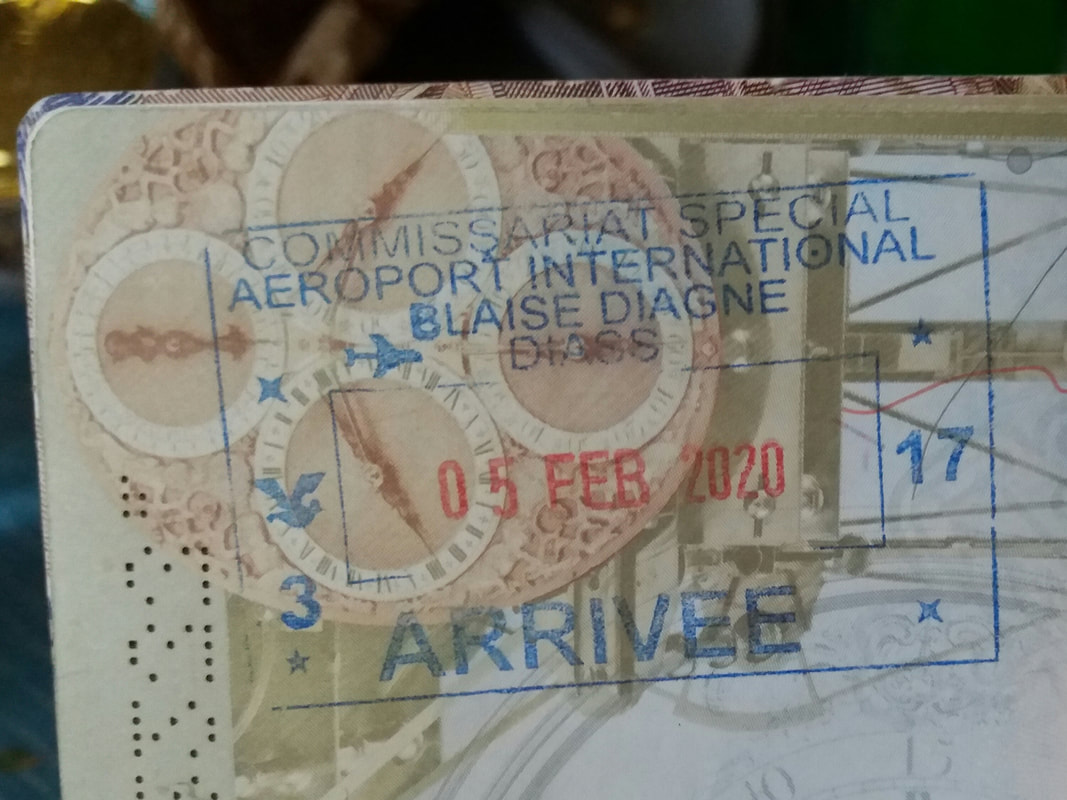 ​The currency in Senegal is the West African Franc, XOF, commonly referred to as the CEFA. It is fixed against the €uro at 655.957. And here's the good bit, it's used by 8 countries. Senegal, Mali, Burkina Faso, Cote d'Ivoire, Togo, Benin, Guinea-Bissau and Niger. 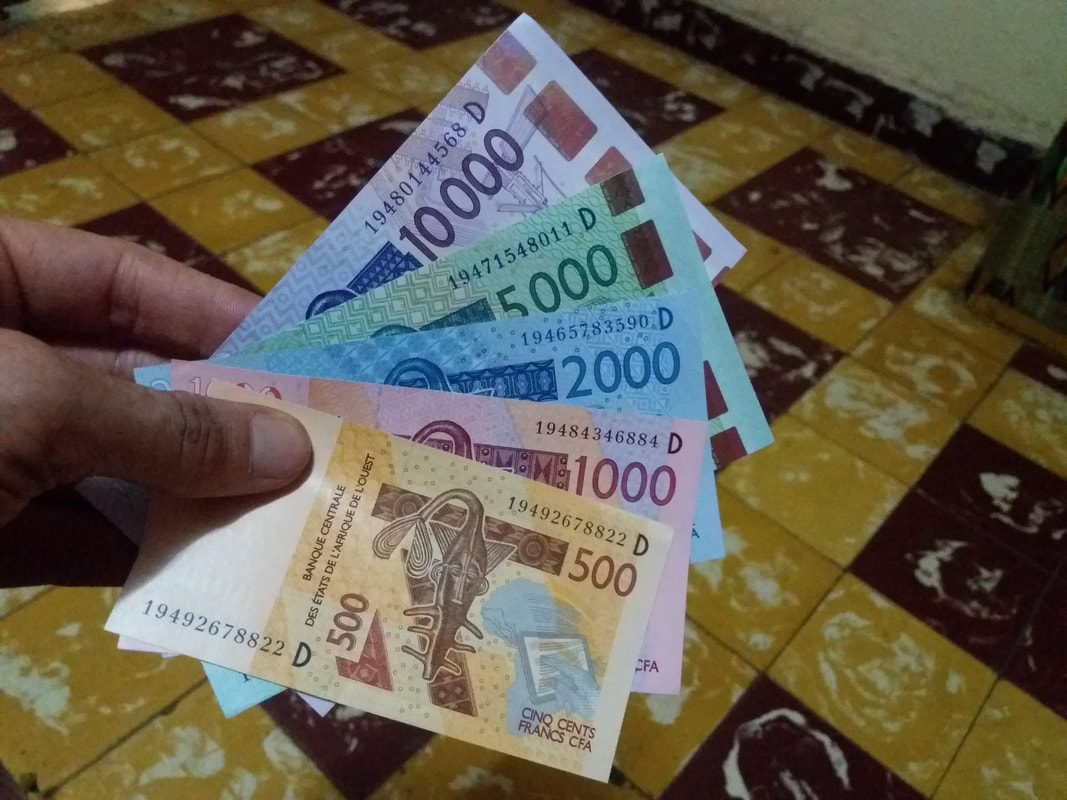 Transportation into Dakar itself

​I took a AIBD DEM DIKK bus from outside the terminal to the Stade Léopold Sédar Senghor stadium where the bus terminates. It cost 6,000 XOF. There are other alternatives. 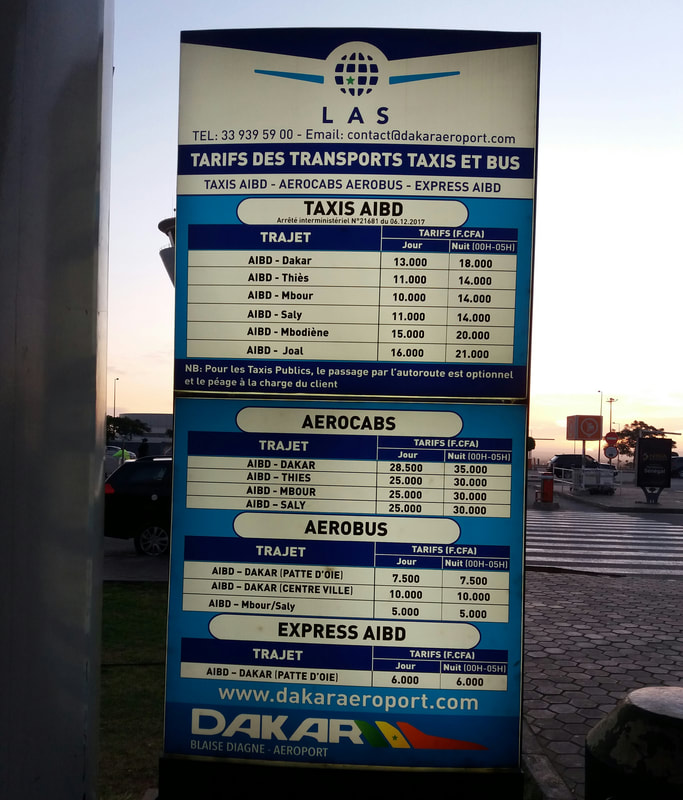 The journey was about an hour. It takes the péage/toll road. And then to get to Ngor I needed to get the #61 bus heading west. About 5 went past, all full to beyond capacity. Sometimes there is not even room for one more. I saw bus #35 with Ngor on it. I asked some school girls to double-check. I could take the #35 and #47 as well as the #61, as confirmed by the sign near the hostel:
I squeezed in. My bag was taken from me and dumped on a pile of others behind the driver. I used my phone to track my progress and at a suitable point pushed my way off the bus onto the pavement. I hadn't paid. I should have given coins, passed them down the bus and waited for a ticket to be passed back. No one shouted at me. By the time I had shouldered my bag, the bus had gone.
​

Dakar is chaotic, dusty, dirty, polluted and noisy. This is typical of West African cities. They generally hold little appeal but I found a little oasis of tranquillity at the Ngor International Hostel in Ngor.

This is a logistics post and all details relating to getting around are based on staying in this hostel, which is one of only 2 in Dakar.

I am not getting paid nor receiving any free nights in exchange for mentions in this post. I did not stay at the other hostel, but I can say that this one catered for my every need.

Mosquito nets are fitted. Mattresses are great. There's a kitchen. There is a shower and toilet and 1 more toilet. 2 small balconies, one with a makeshift washing line. There was a good crowd when I stayed. All very considerate.

The days were warm peaking at 'hot' for a few hours. Nights were perfect for sleeping in just a sarong. There's a supermarket up the road and a few market stalls.

I had booked 1 night and the next morning extended my stay for a further 7 nights. Top of my to-do list was applying for Mali visa. Other than that, beyond going to Ile de Gorée, I didn't have too much idea on what to see or do but I made good use of my time. I had time to think.

​West Africa is daunting. It can get a bit hardcore and I needed to have the right mindset. Tunisia had been a rather quiet experience and here I enjoyed talking to other travellers. Some going north, some making a flying visit, some going nowhere. No one was heading to Mali. And based on my experience last time, I wasn't expecting to meet too many other travellers after here.

The early evening down on the beach: 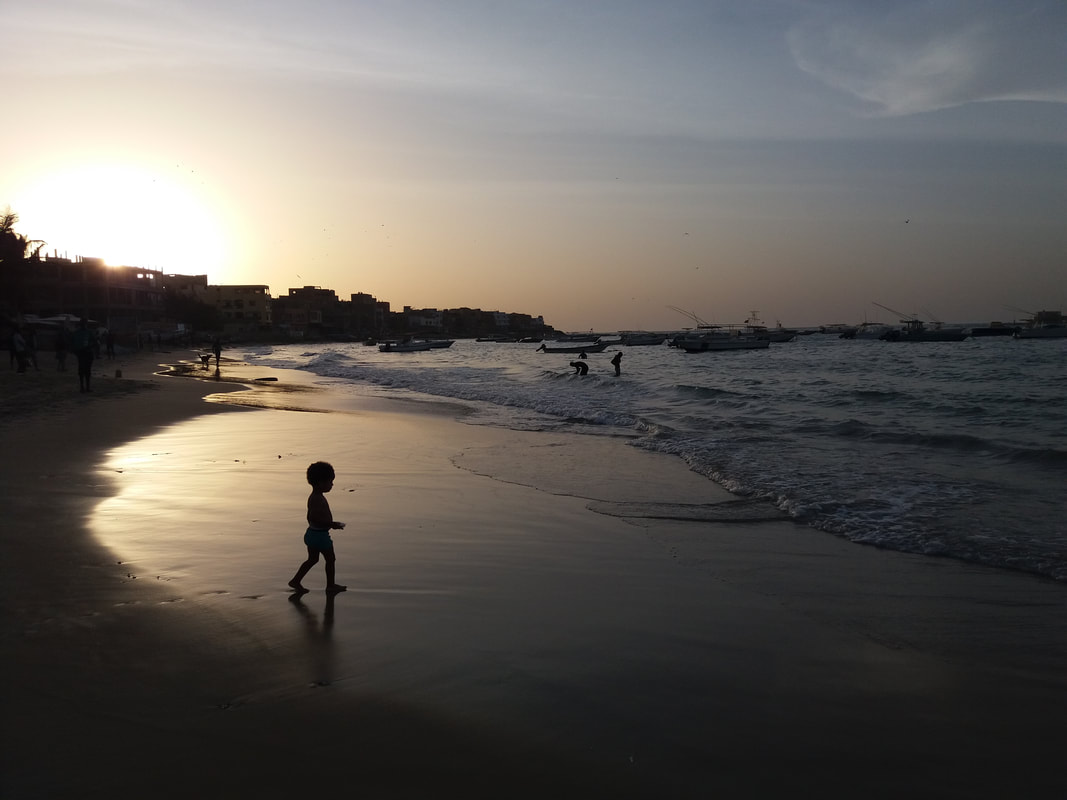 ​Bus #3 runs from Ngor to Gare Routière Peterson in downtown Dakar. GPS location, N 14.675394, W 17.441791. The fare is 250 XOF. The ticket guy is sitting in his little cage. Try to have the right coins. Pass the money down the line. It's a very squashed experience and the journey takes 60 - 90 minutes for the journey of around 15km. From there it's a 20 minutes walk to the ferry terminal, passing the Gare de Dakar, a wonderful piece of architecture. Shame there are no trains. 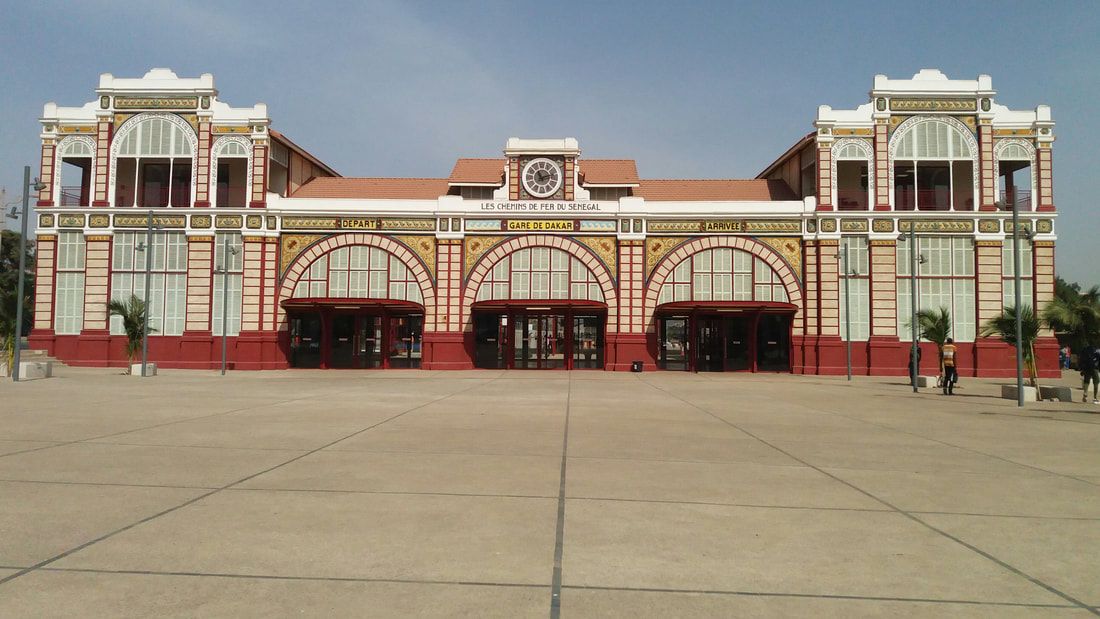 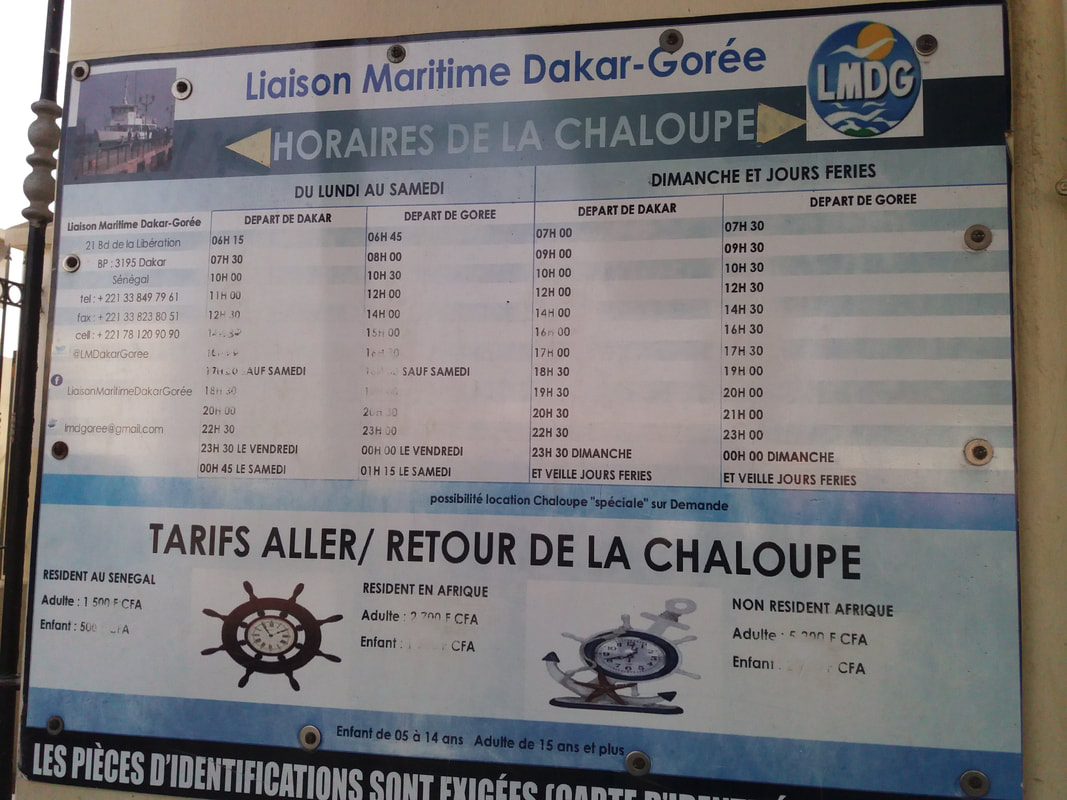 Don't forget your passport. You need it to enter the port. Return fare is 5,200 XOF 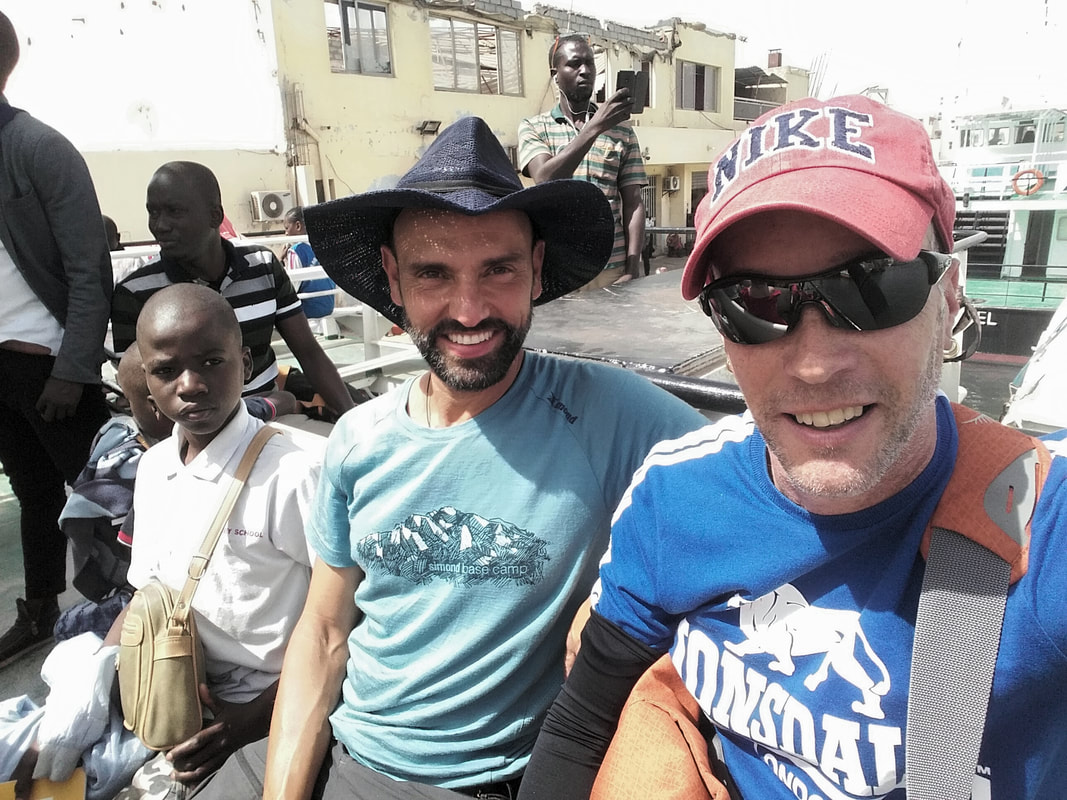 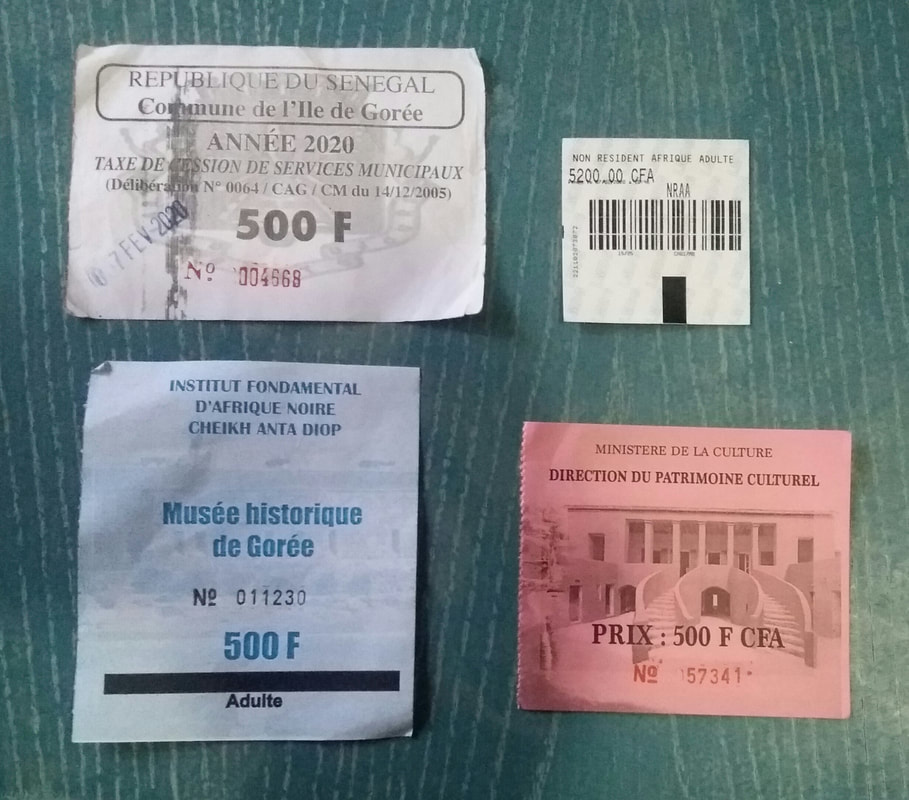 Photo of a photo of Ile de Gorée 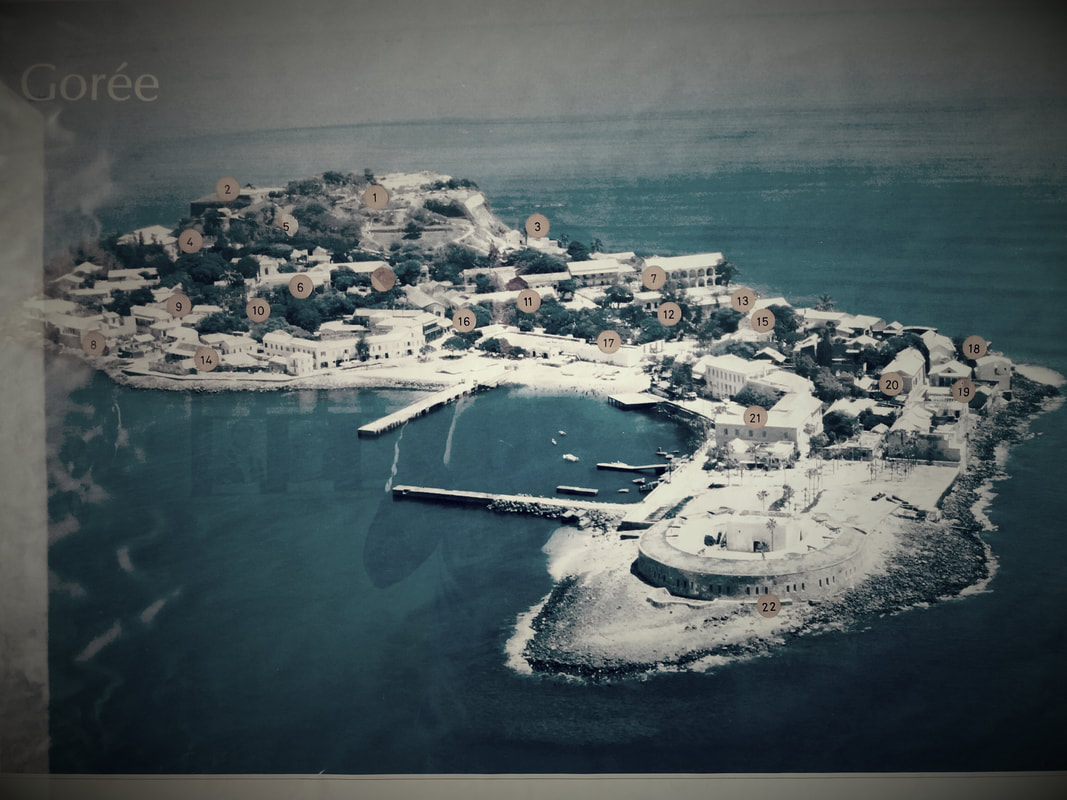 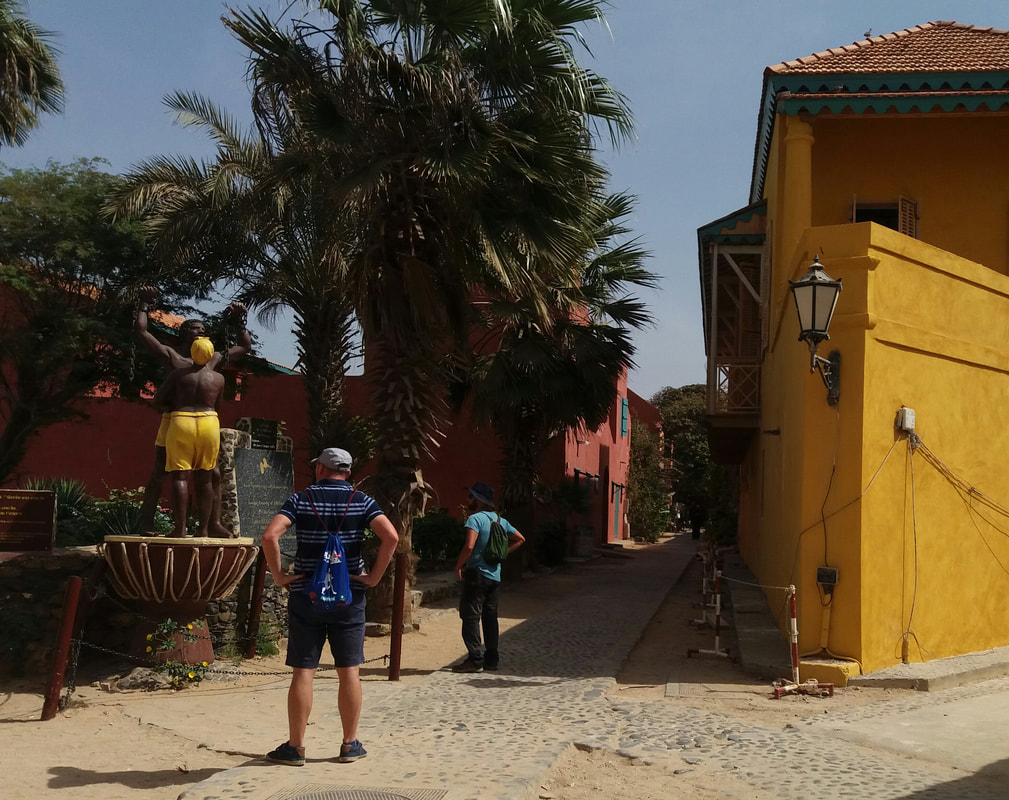 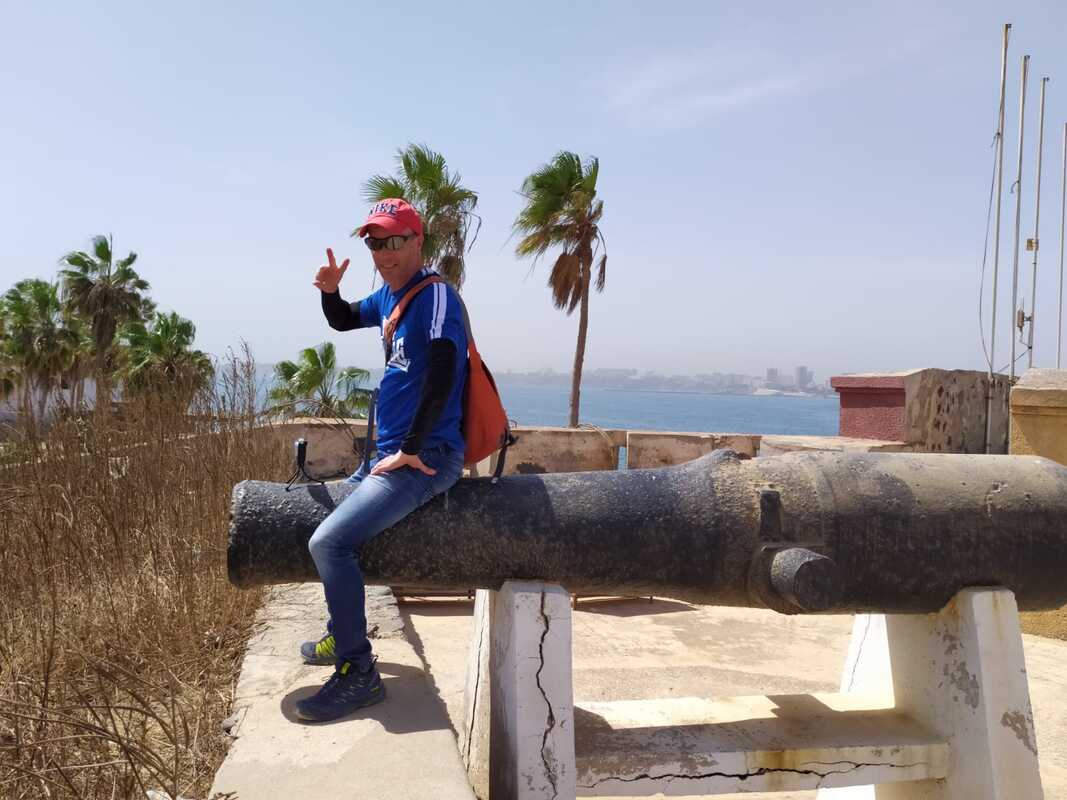 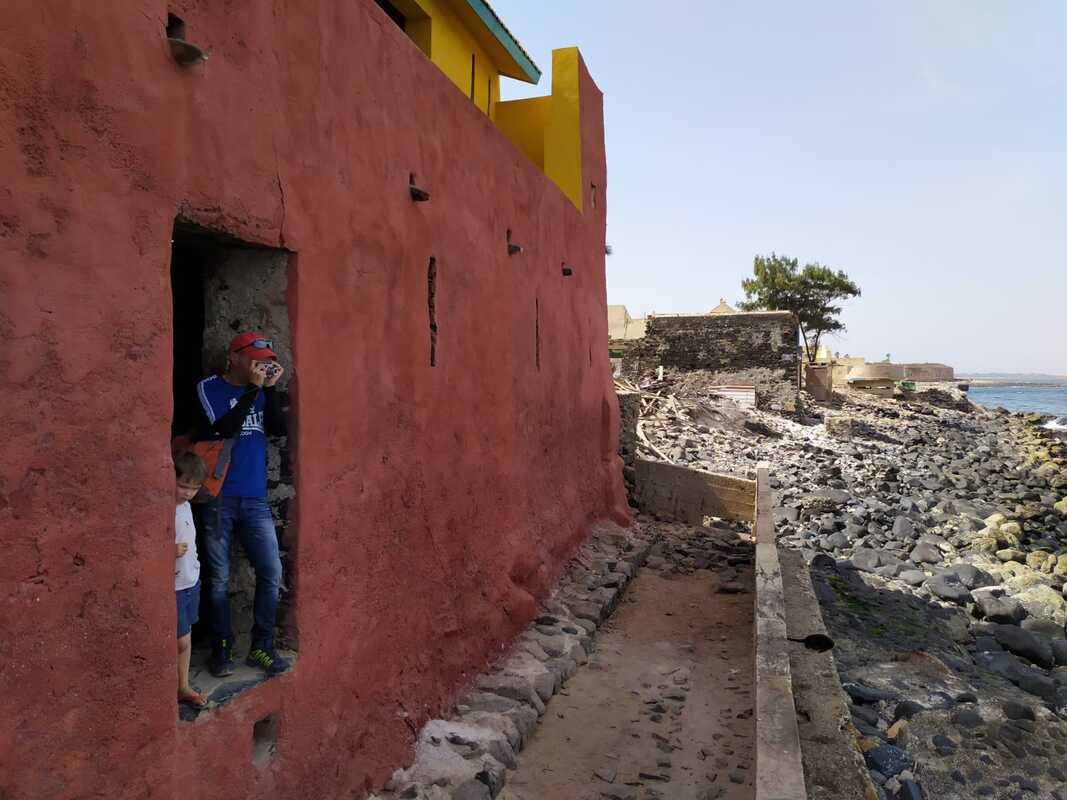 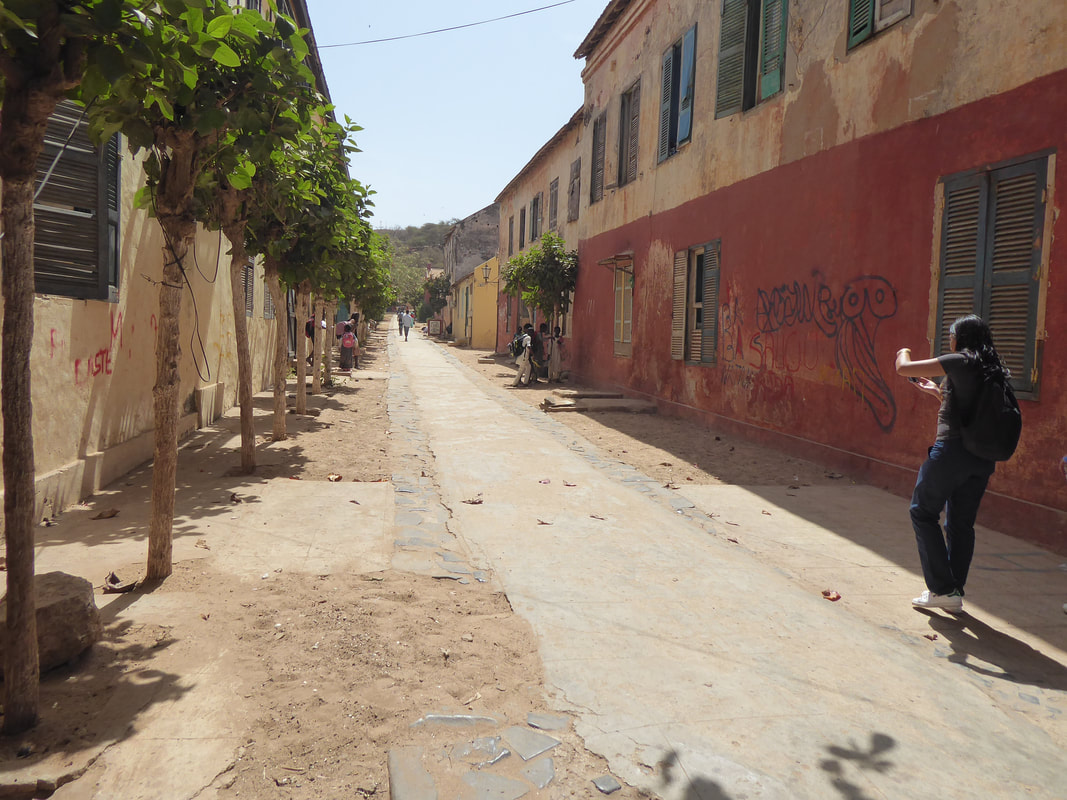 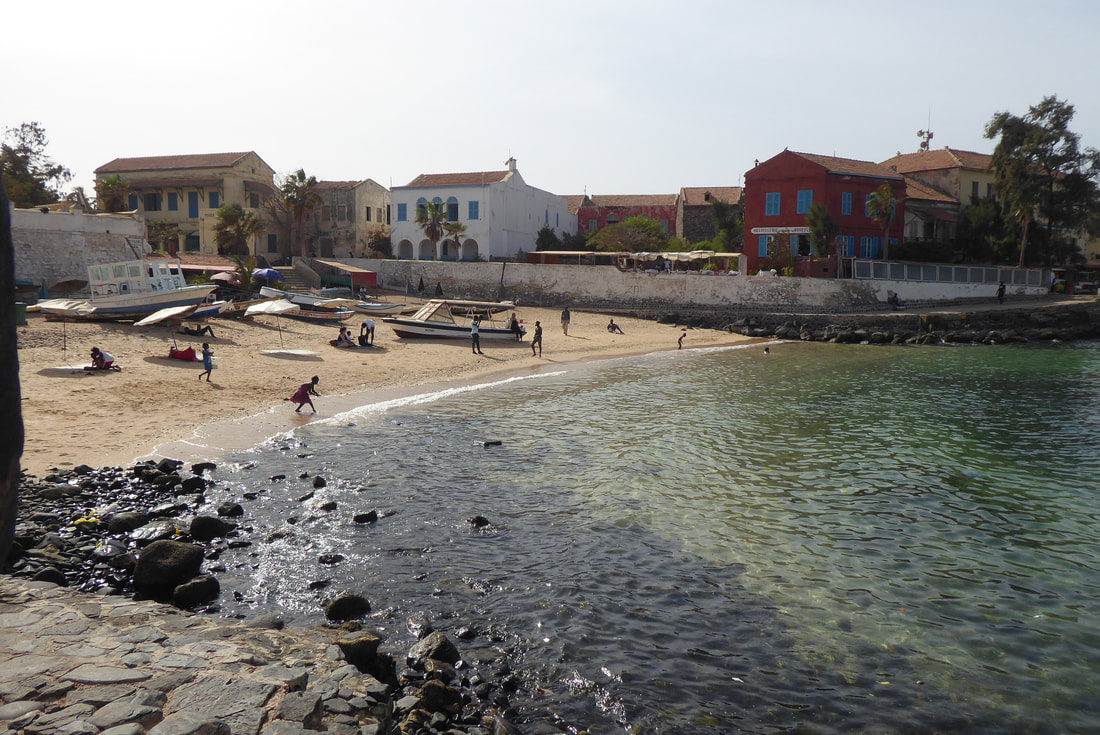 How to get a Mali visa in Dakar 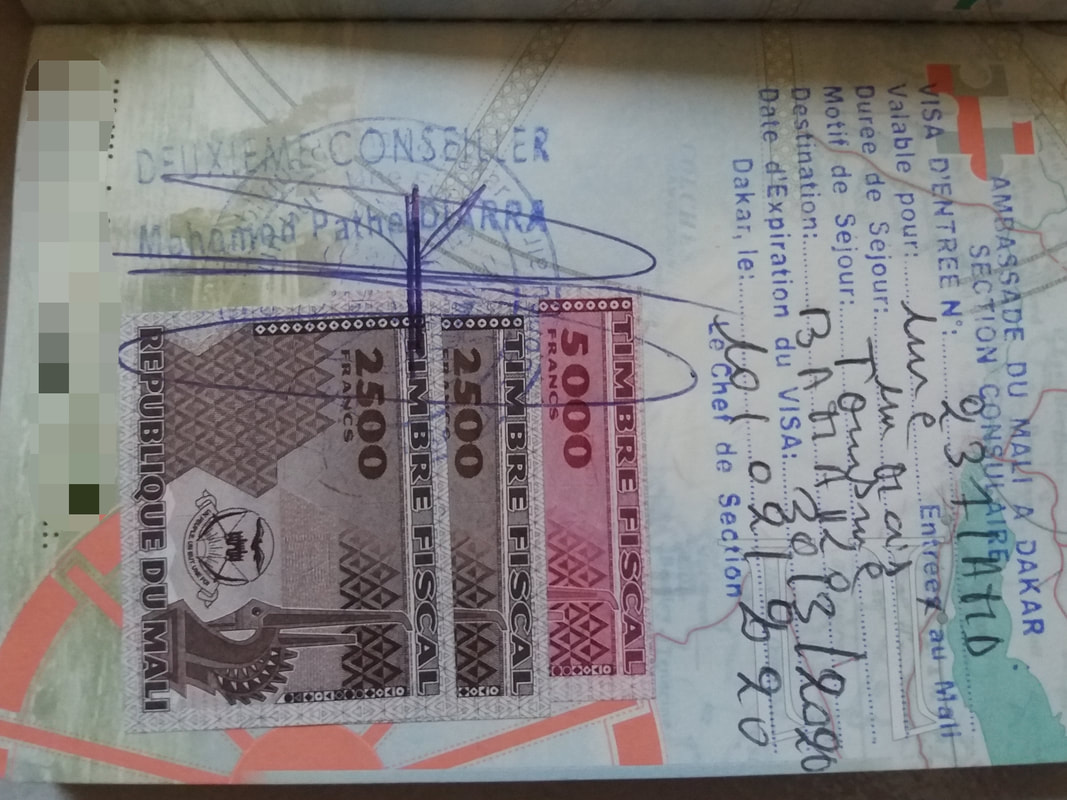 This was one easy visa. I wrote a full post here: How to get Mali visa in Dakar Senegal
​

The westernmost point of the African mainland

​The official point is exactly behind my head. Access is via the private beach. But on the little breakwater where I am standing is perhaps more westerly than I could get to without getting wet from the official point. 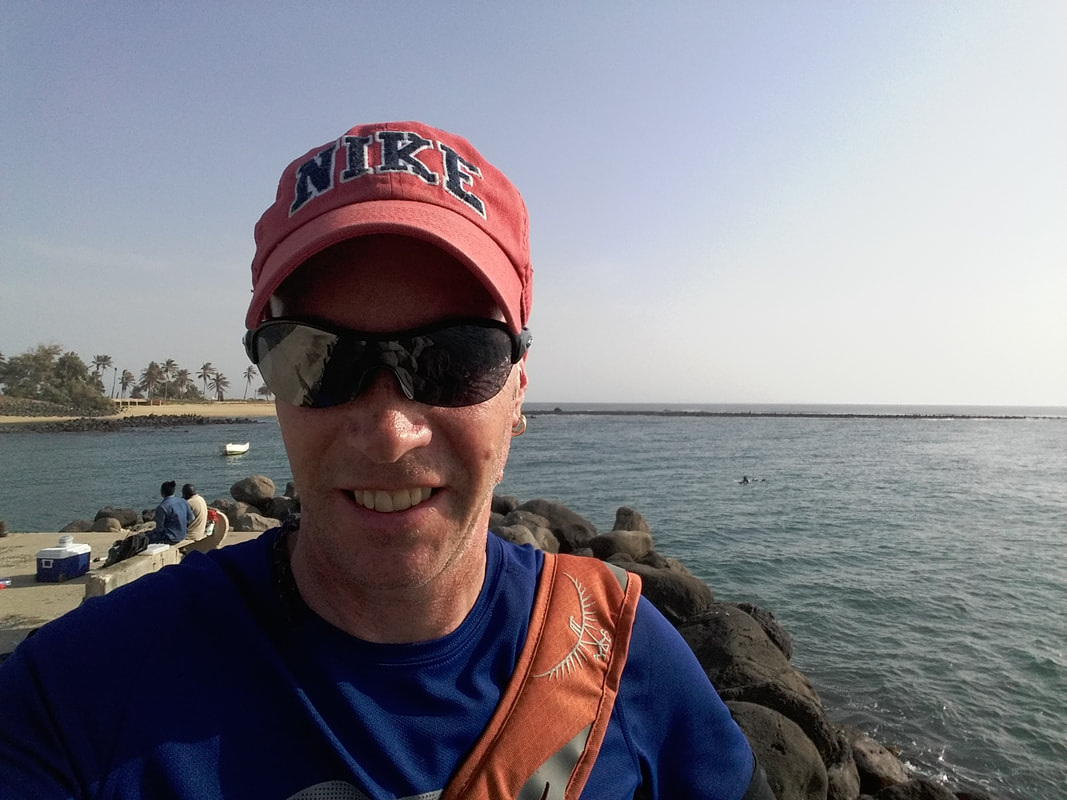 A quite expensive beer at the Westernmost point of the African mainland: 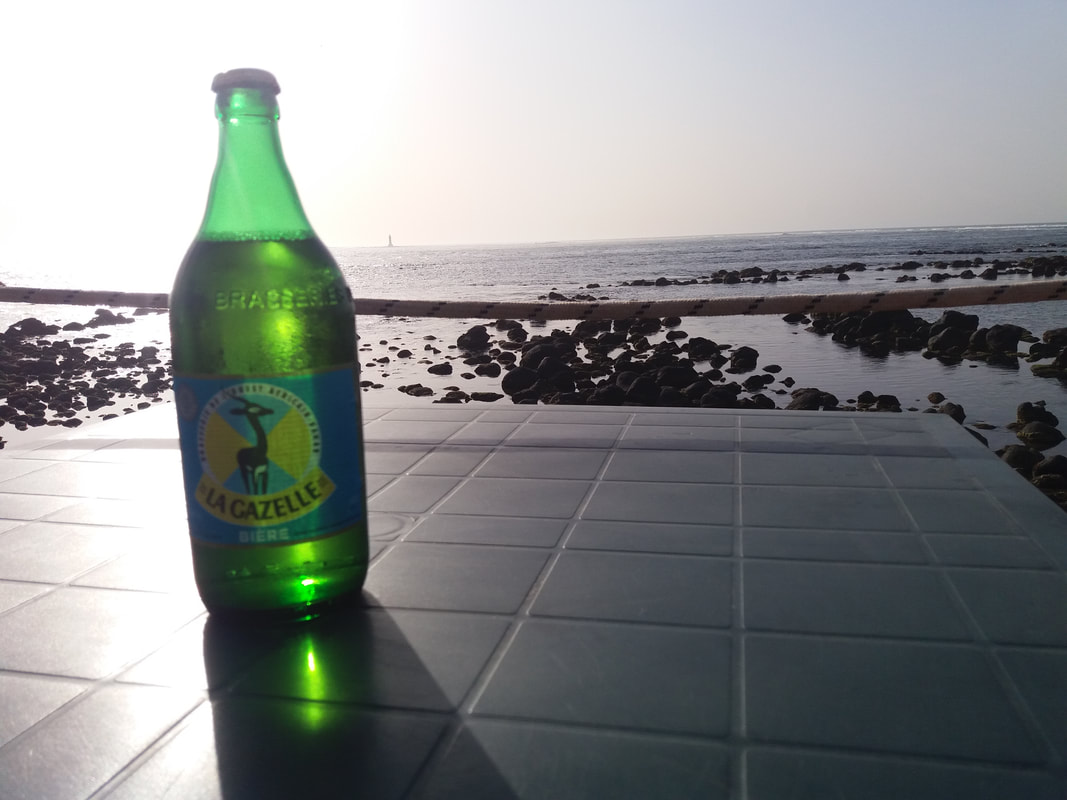 Sunset at the Western most point of the African mainland: 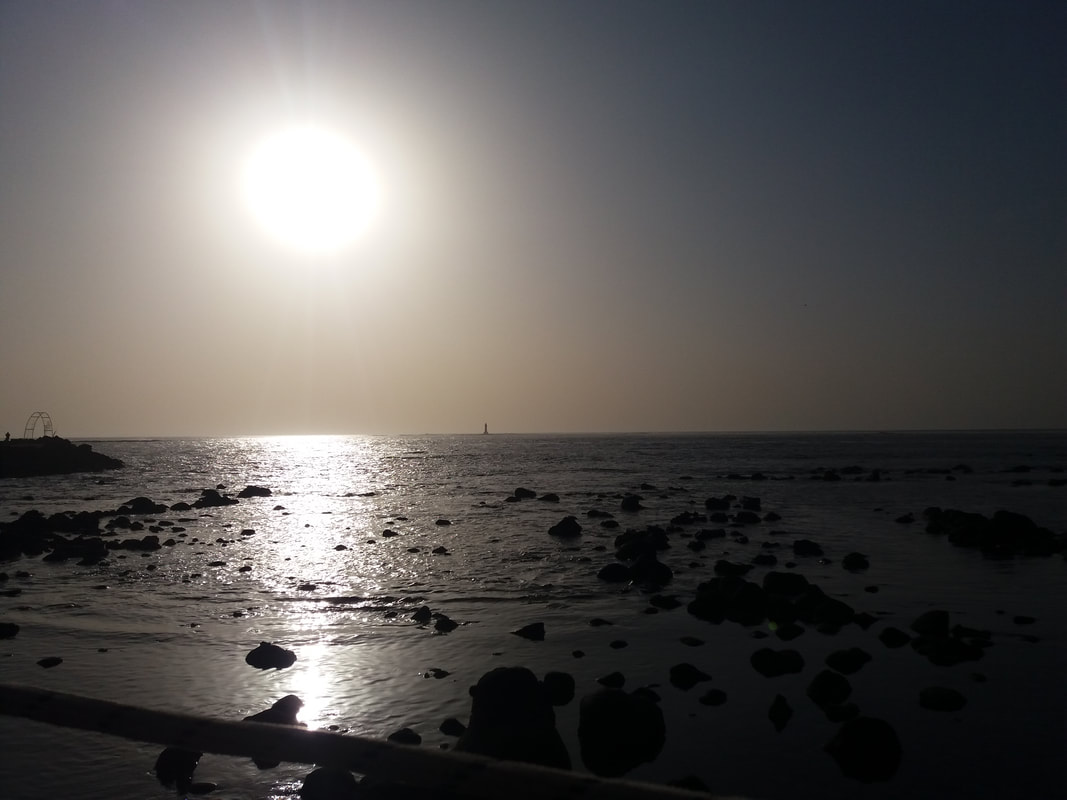 The next day I began the long journey to Mali
​