August 2, 2020 | Tagged: The Balkans
Backpacking in Kosovo: Pristina, Peja and now Prizren, the 3 Ps of Kosovo. 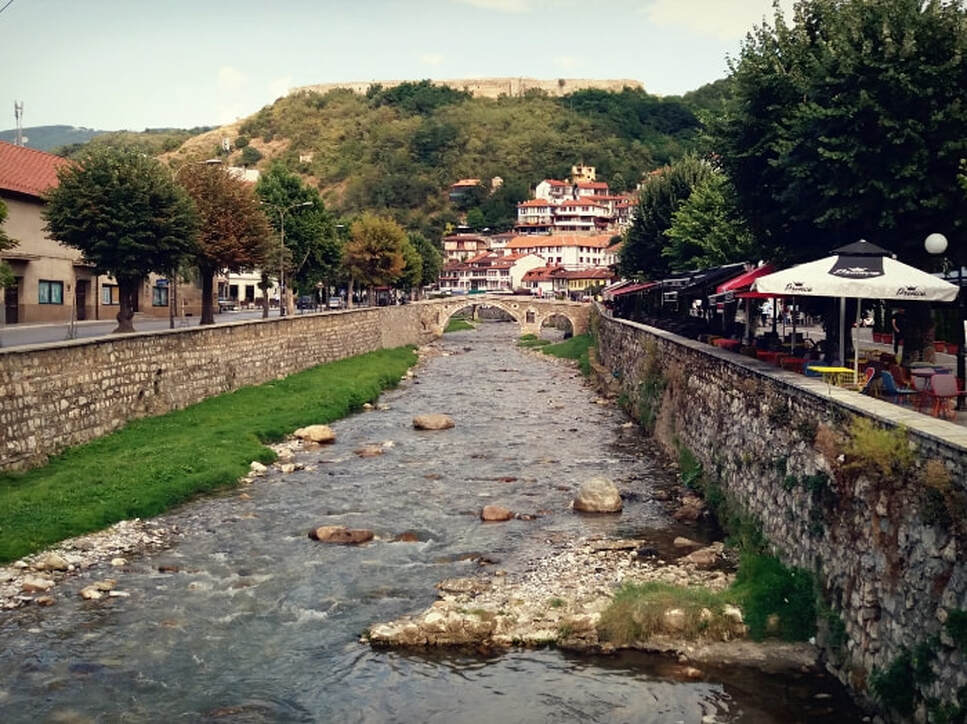 I based myself at the Arra Hostel in Prizren on the hill overlooking the city, below the Prizren fortress. It's run by 2 very enthusiastic and kind brothers. I chose it for the view.

​This is now a very important aspect when choosing a place to stay. Priorities change when travelling slower in the #NewNormal.

A cool place to hang out in the evening when it's been 36deg out, with a beer or homemade lemon juice, is the top priority.

Corona is the perfect time for me to be in Prizren. It would simply be way too crowded in a normal summer season. It hosts numerous festivals in August. And this is totally not for me. The old normal would be just too noisy for me these days.

​Travelling during Corona is a bit of a nightmare. Borders keep opening and closing, curfews, museums are closed, but it's like travelling in the offseason. ;))

It's stinking hot here. Traipsing around when it's 36deg C out is thirsty work. If you love my stuff, you can support me: lucky for you that a beer costs just 1€ and you can DONATE easily via Pay Pal

​Any donations support the running costs of this blog and keeping me hydrated. Thank you so much in advance.
​ 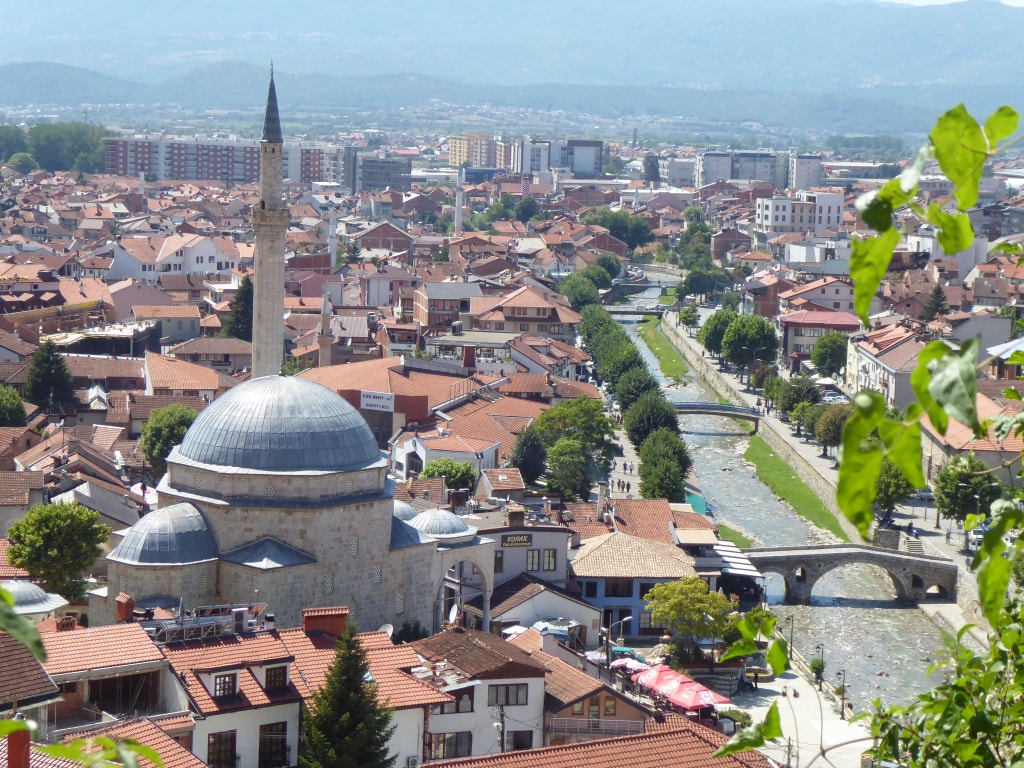 ​The Prizren Fortress (Каlаја e Prizrenit) built on a hill above the city and the Prizren Bistrica or Prizren Lumbardhi river. A great spot to watch the sunset and also see the early morning light on the city below: 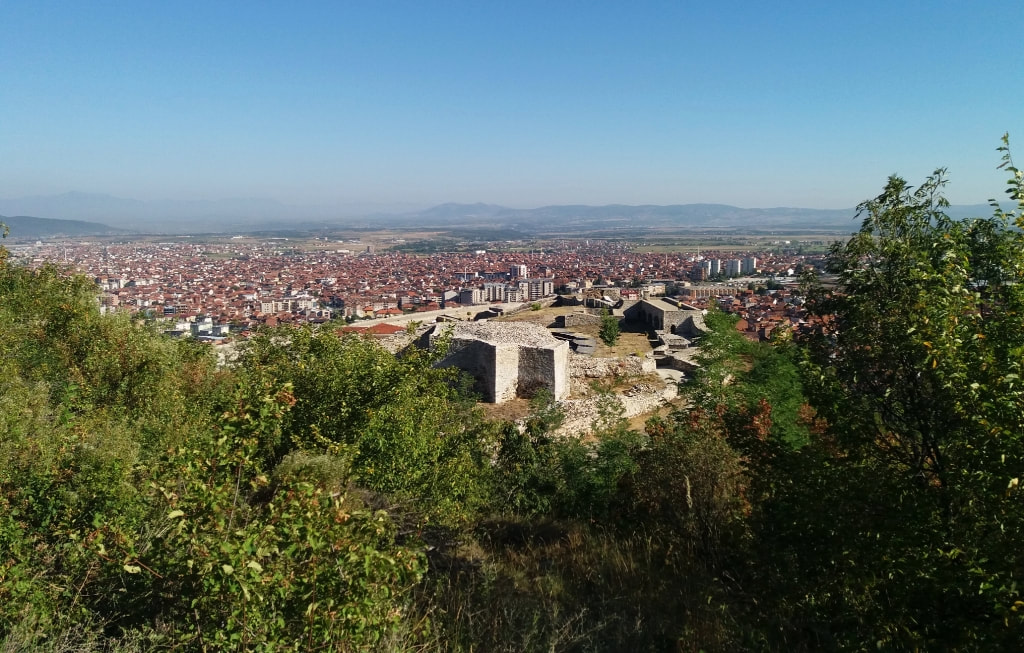 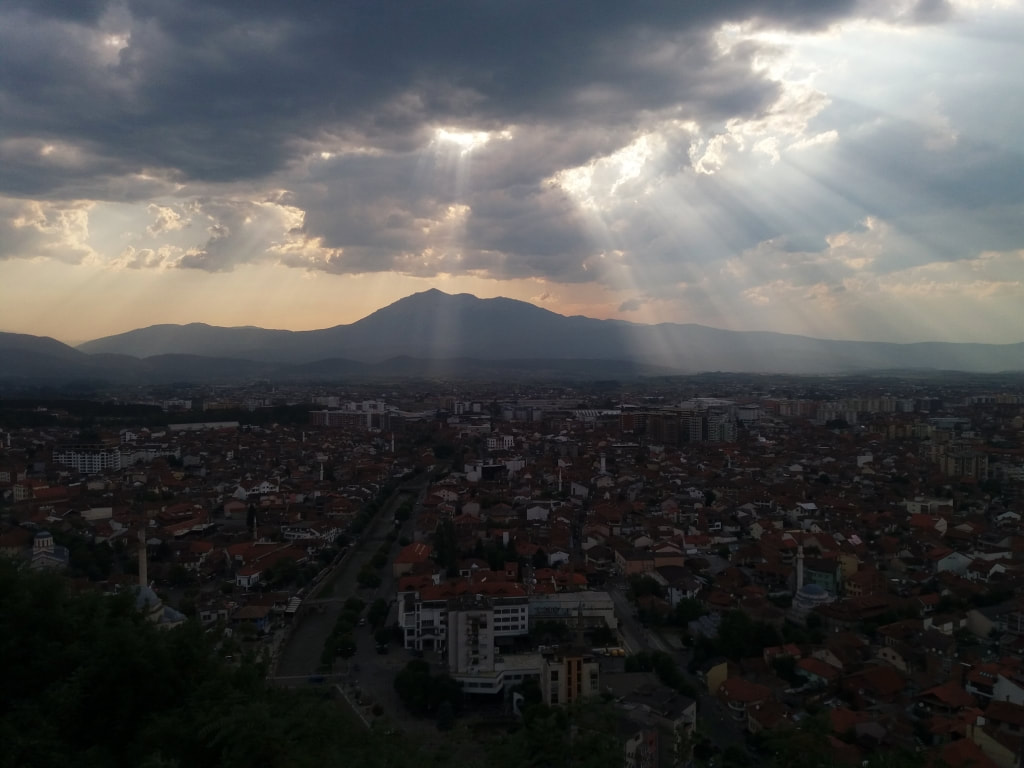 In the Southeast corner by the 'secret tunnel' begins the Marashi Trail. You can see it on Google Maps or MapsMe. A good afternoon stroll and finishing by walking back along the river. It's the route marked in yellow on the photo below: 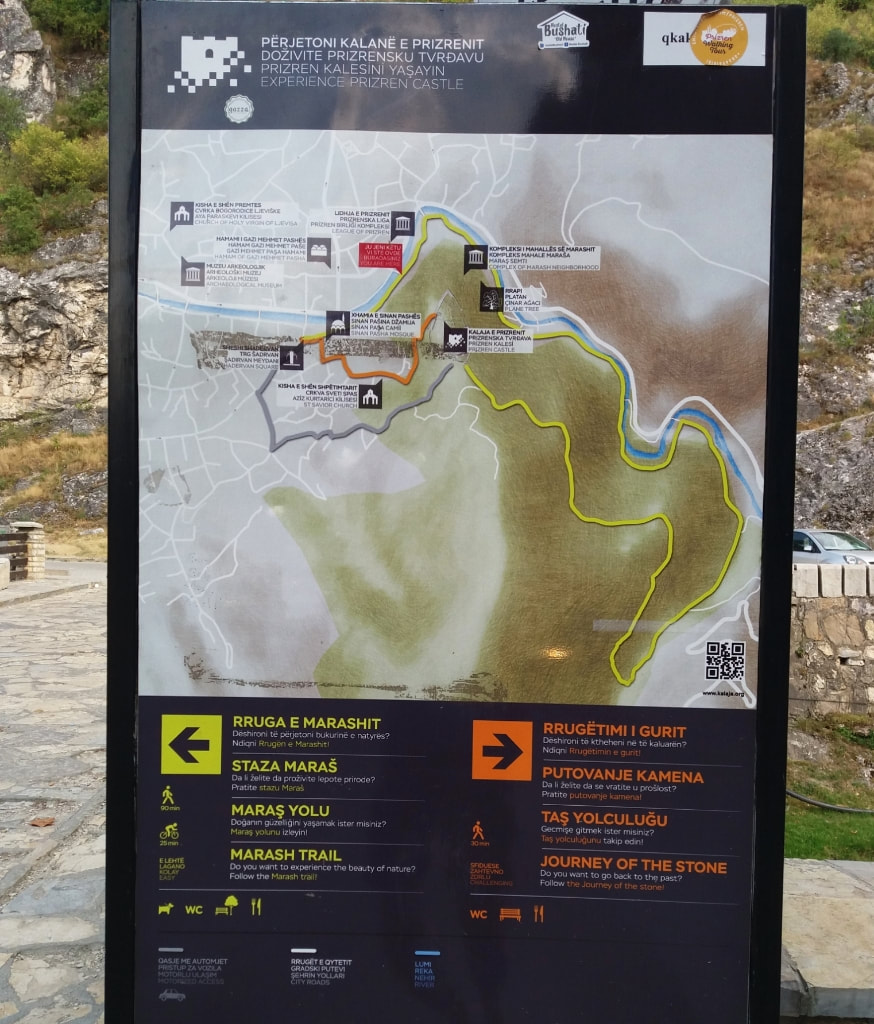 I went on a longer hike with the two brothers: 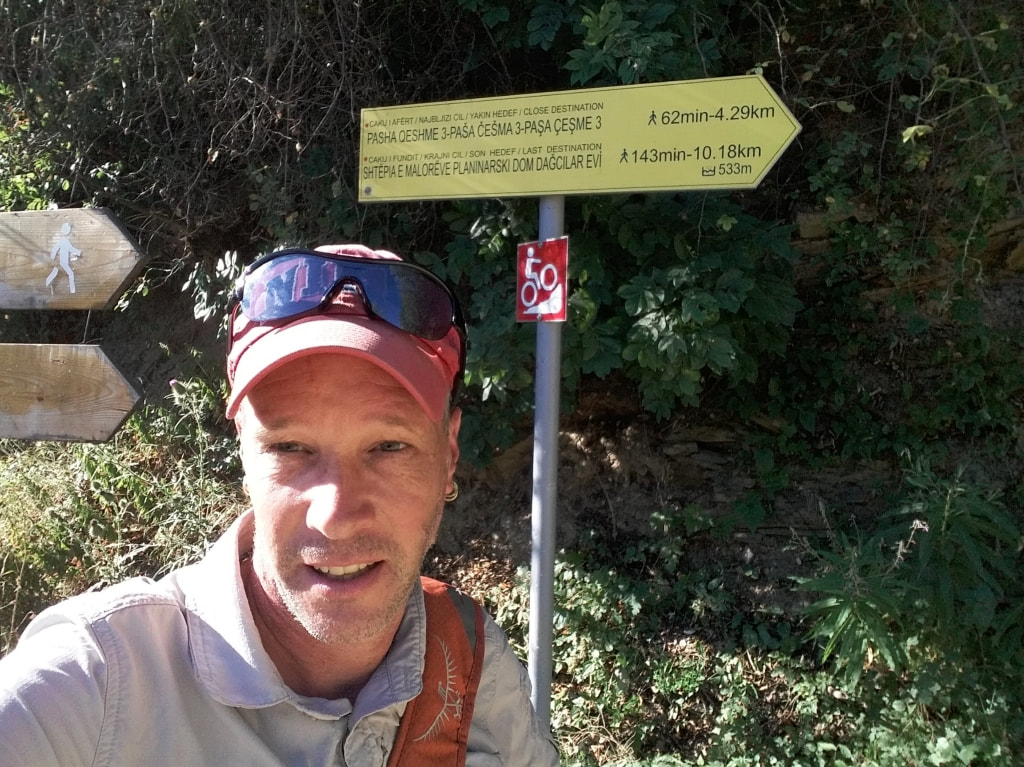 We had an early start but on the hottest day of the summer so far, there is no real respite. 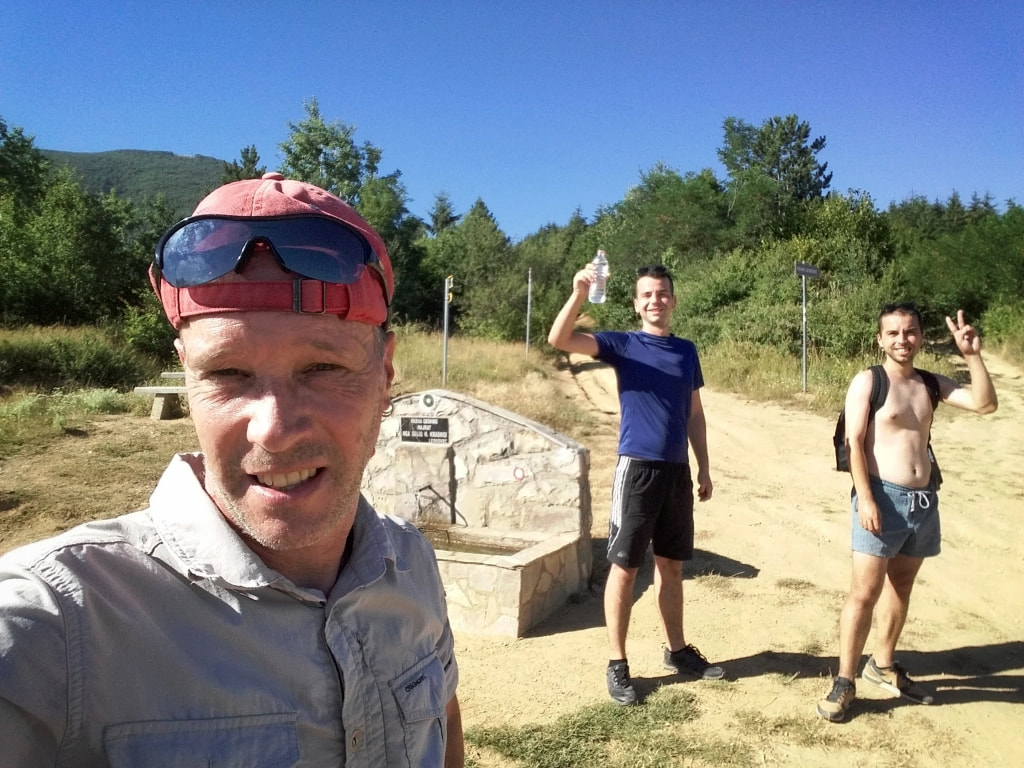 3 months of Coronavirus lockdown hadn't done me any favours. I am now on the receiving end of a brutal pace set by the two brothers who were more than half my age. But the next morning I was the least shattered ;) hope for the old dog yet! 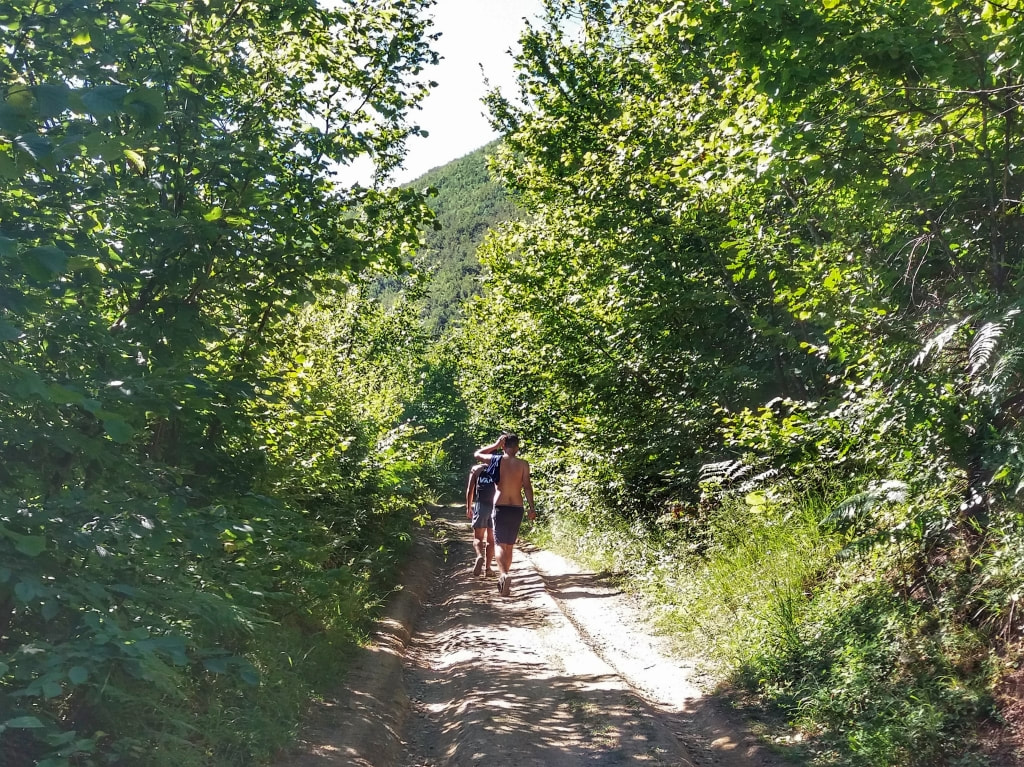 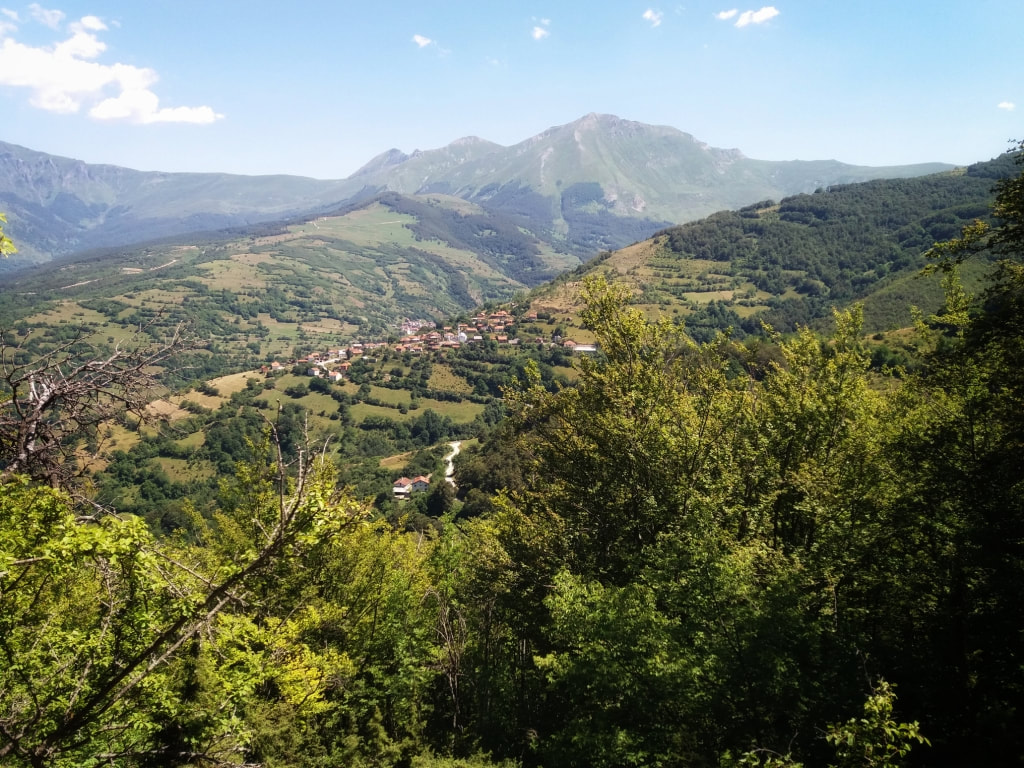 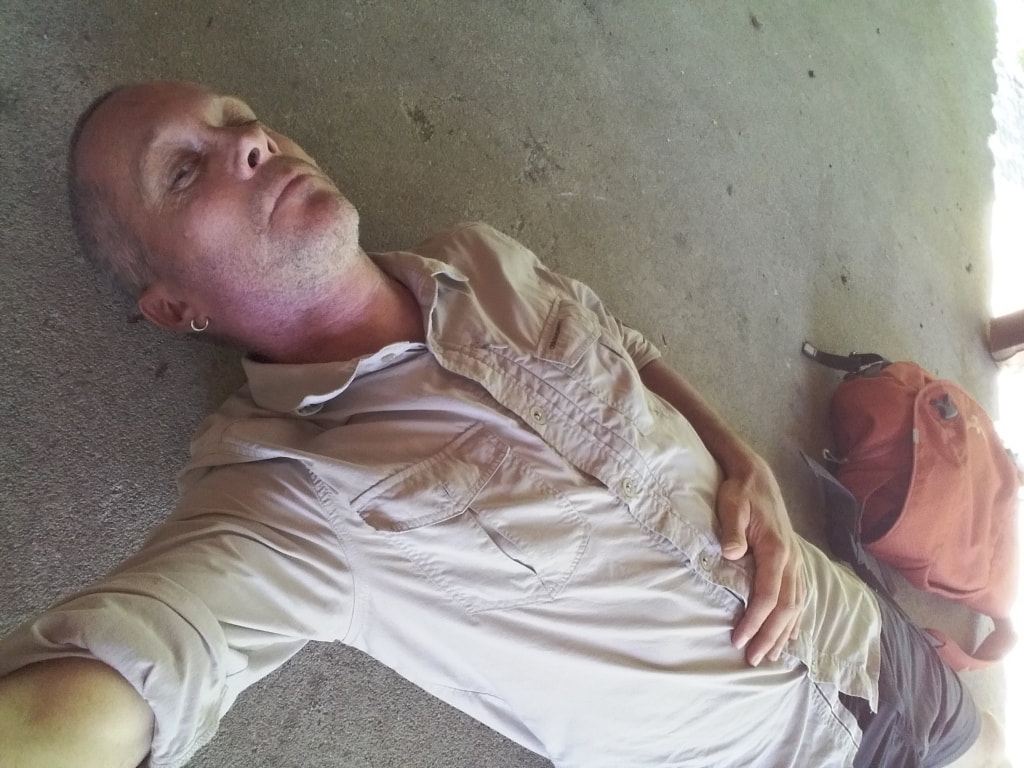 We were like Legionnaires. A 20km hike with no breakfast. But between us we carried melon, homemade bread, tomatoes, cucumber, capsicum and coffee to refuel with at the turn around point: 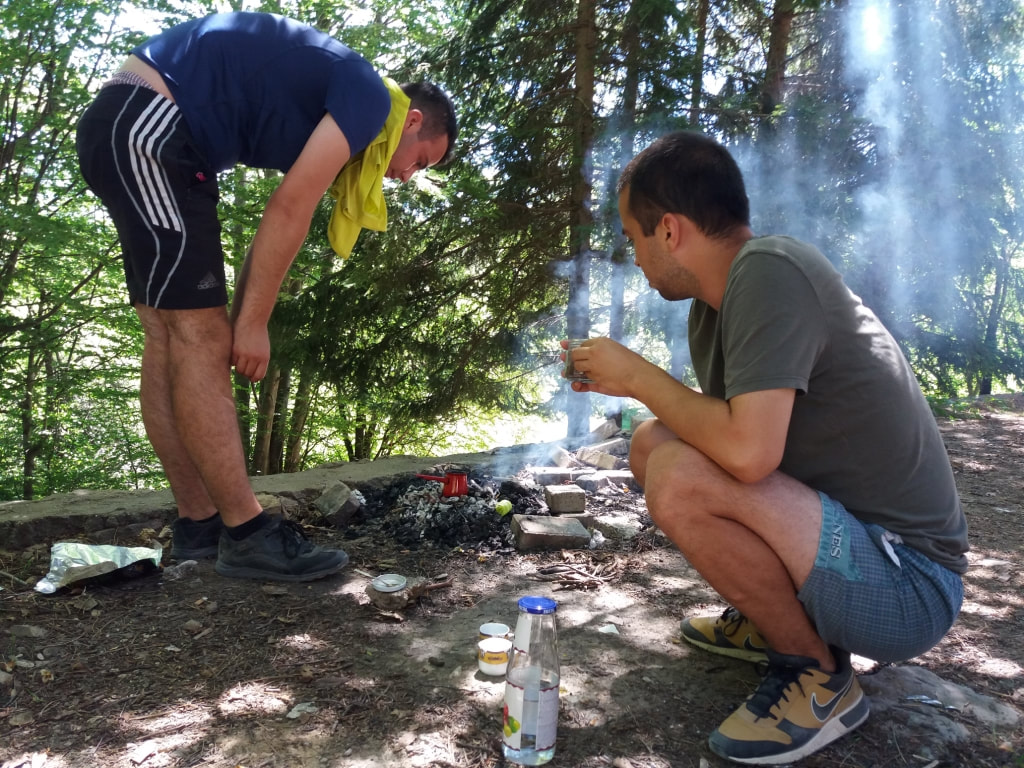 Here are some 'sights' of interest in Prizren that may deserve your attention:

The NATO Monument inaugurated in June 2010 as thanks to NATO for the liberation of and ongoing peacekeeping missions in Kosovo: 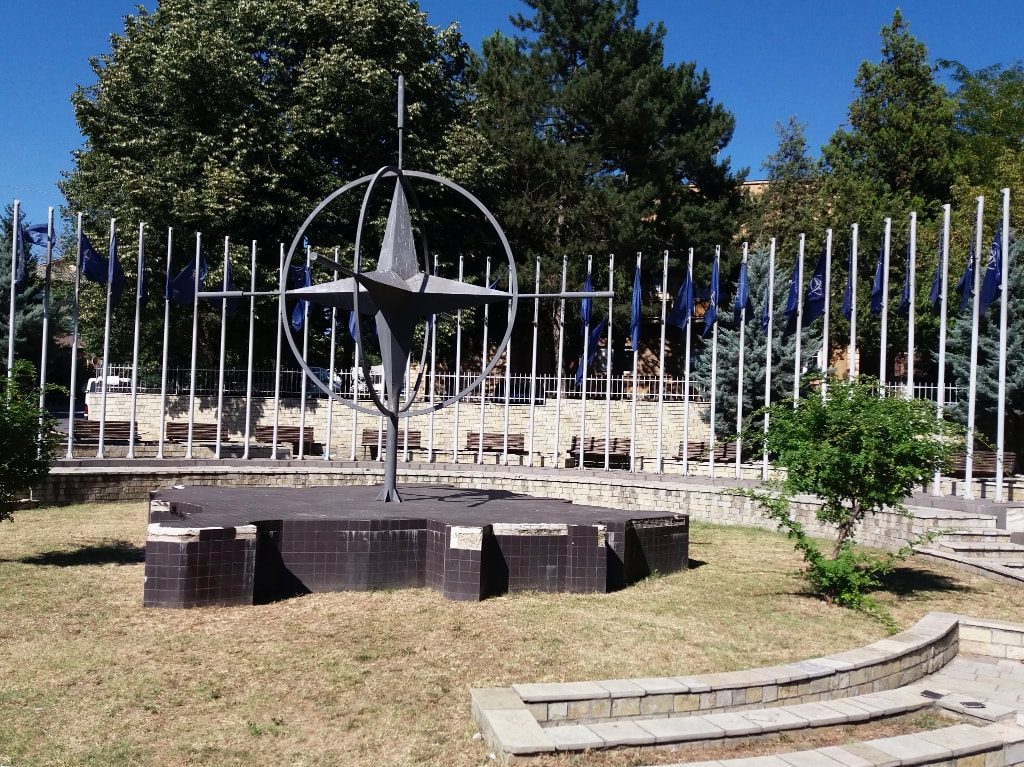 The Gazi Mehmet Pasha Hamam (Turkish Bath) is located near the Kukli-Mehmet Bey Mosque, and the Emin Pasha Mosque. It was built between 1563-1574, by Gazi Mehmet Pasha and Sanjak-bey of Shkodra. Now a museum but sadly closed during my visit to Prizren - fucking Corona! 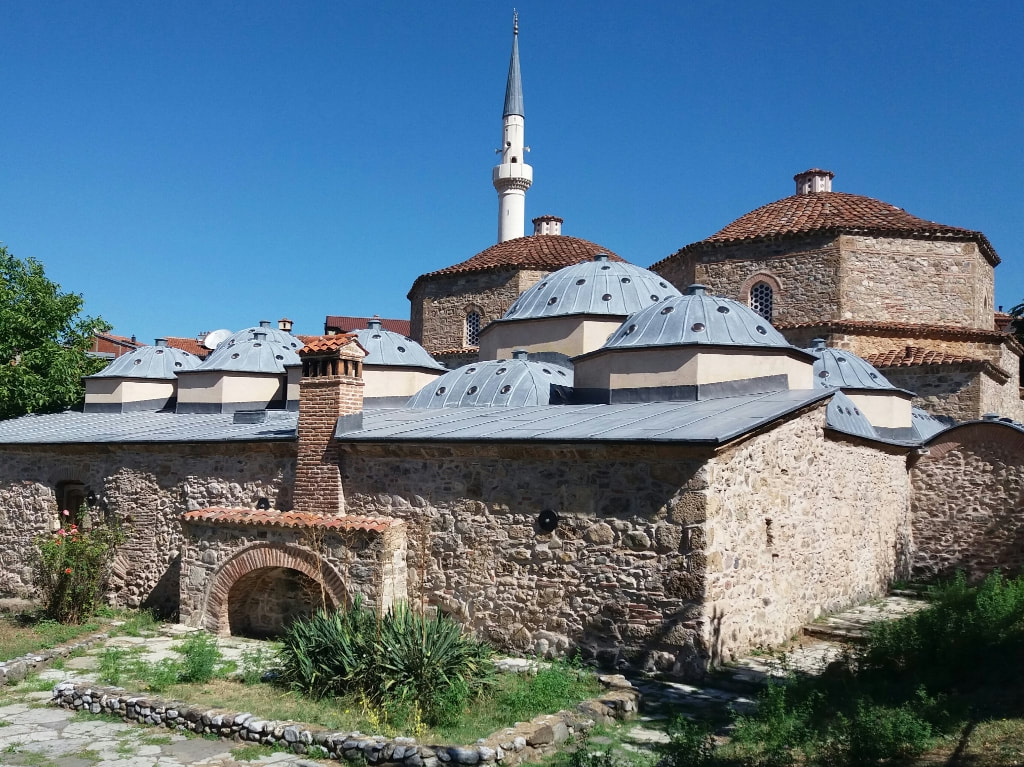 The Clock Tower was built in 1948 and the Archaeological Museum was opened on November 17, 1975, both sadly closed: 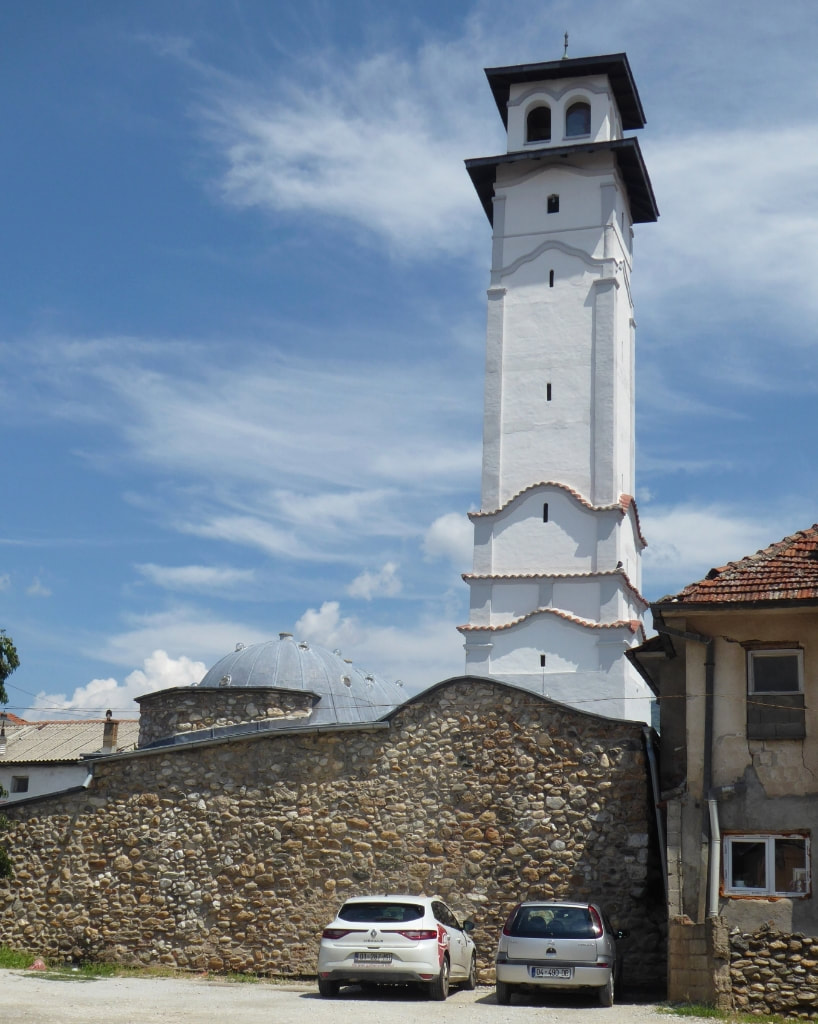 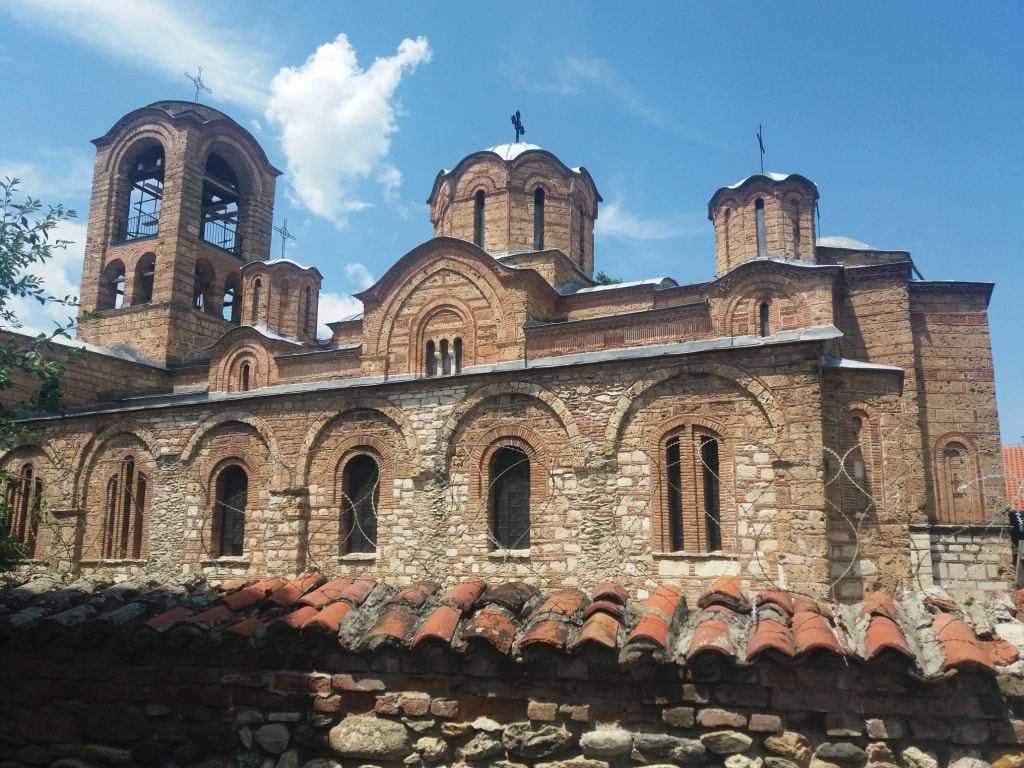 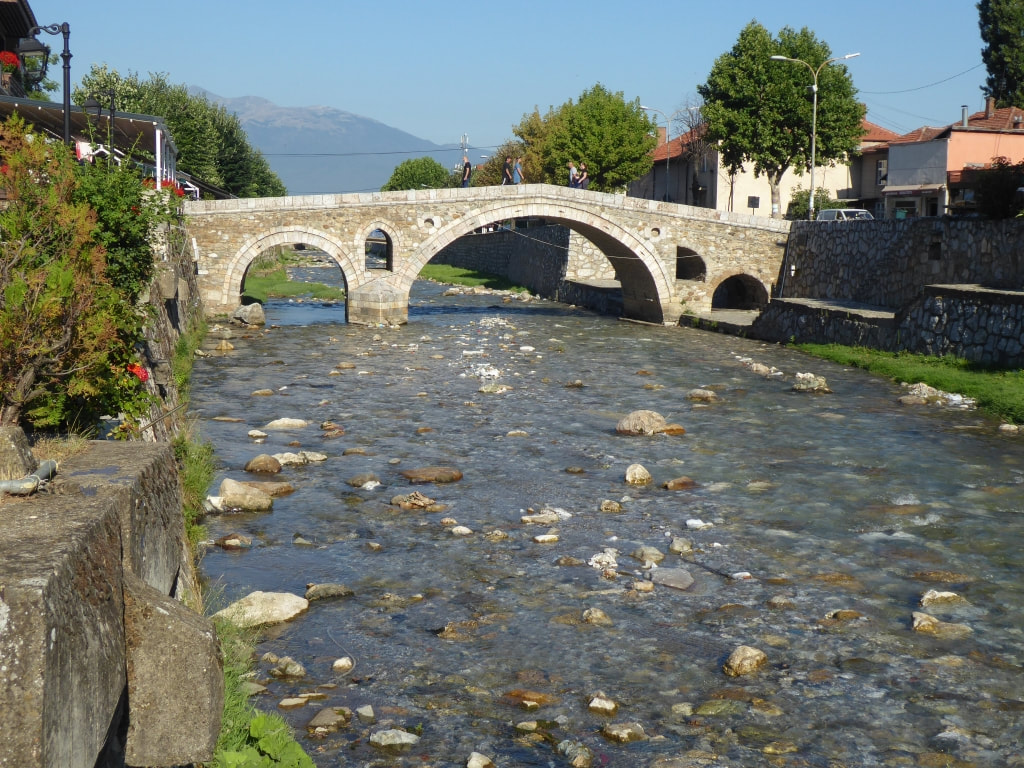 Shadervani square, the cultural, economical and social centre of Prizren. With the Shadernavi Fountain in the middle where legend has it, that if you drink the water you will get married in Prizren. I declined, just in case it is true.
​
There are many cute cafes and bars in the square in which to hang out. The 'best' one really depends on the time of day with regards to the sun. I only drink coffee before 11 am and I found 'Hemmingway' was a great spot for people-watching: 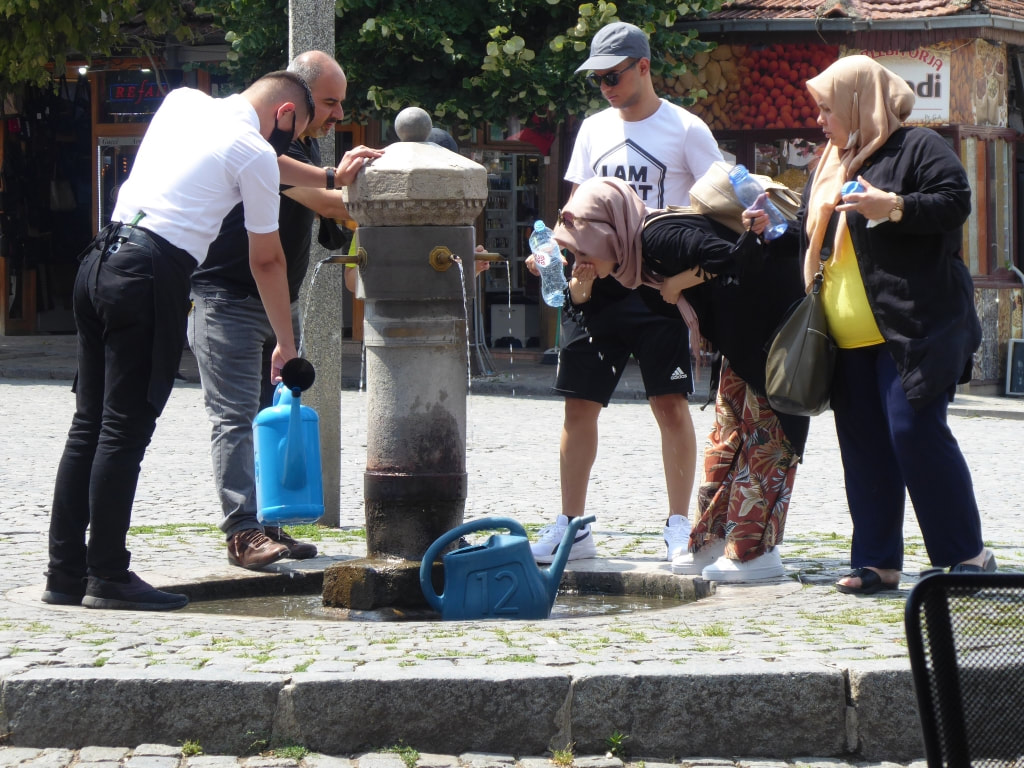 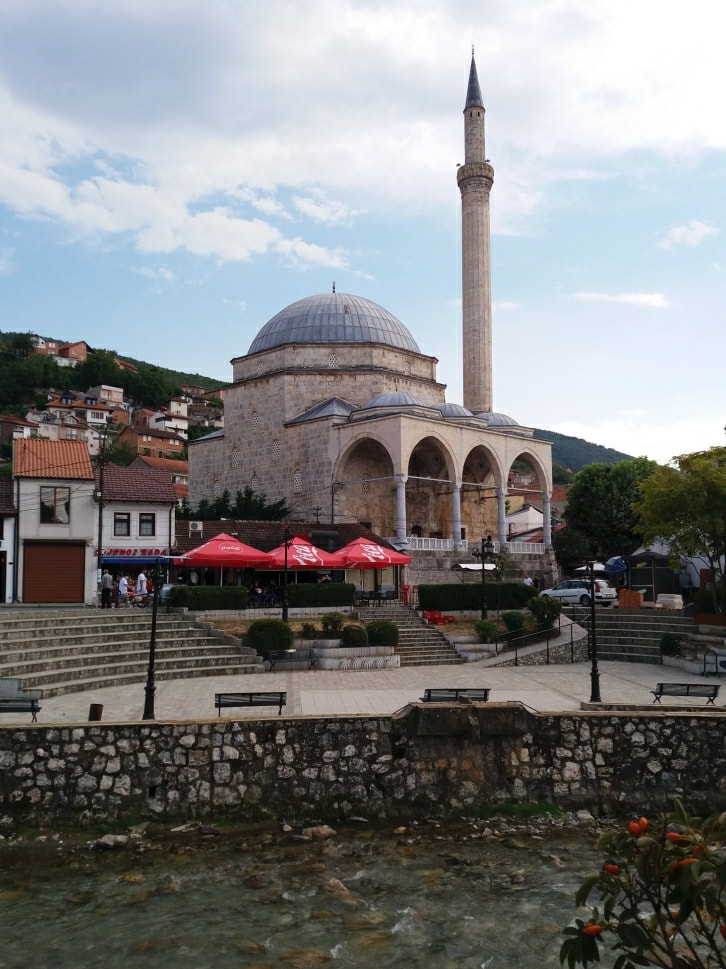 ​Church of the Holy Saviour: 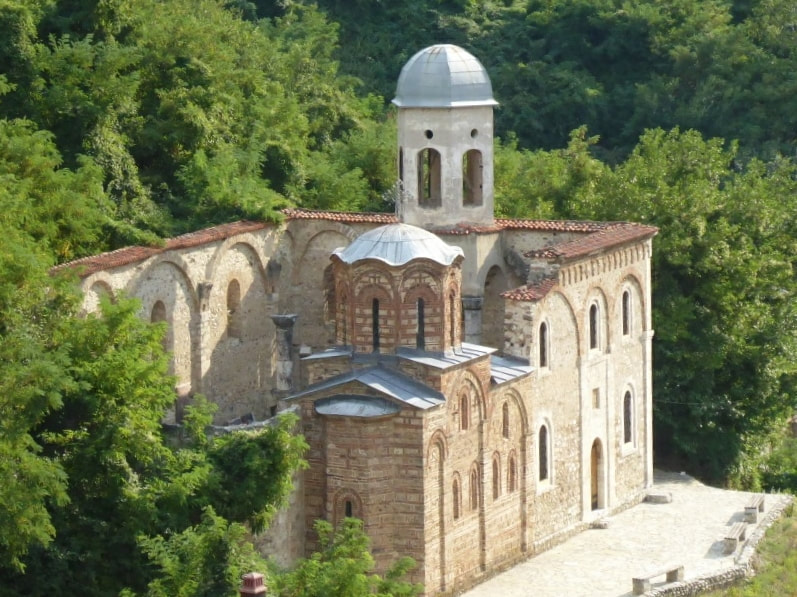 Namazgah - mosque without a roof: 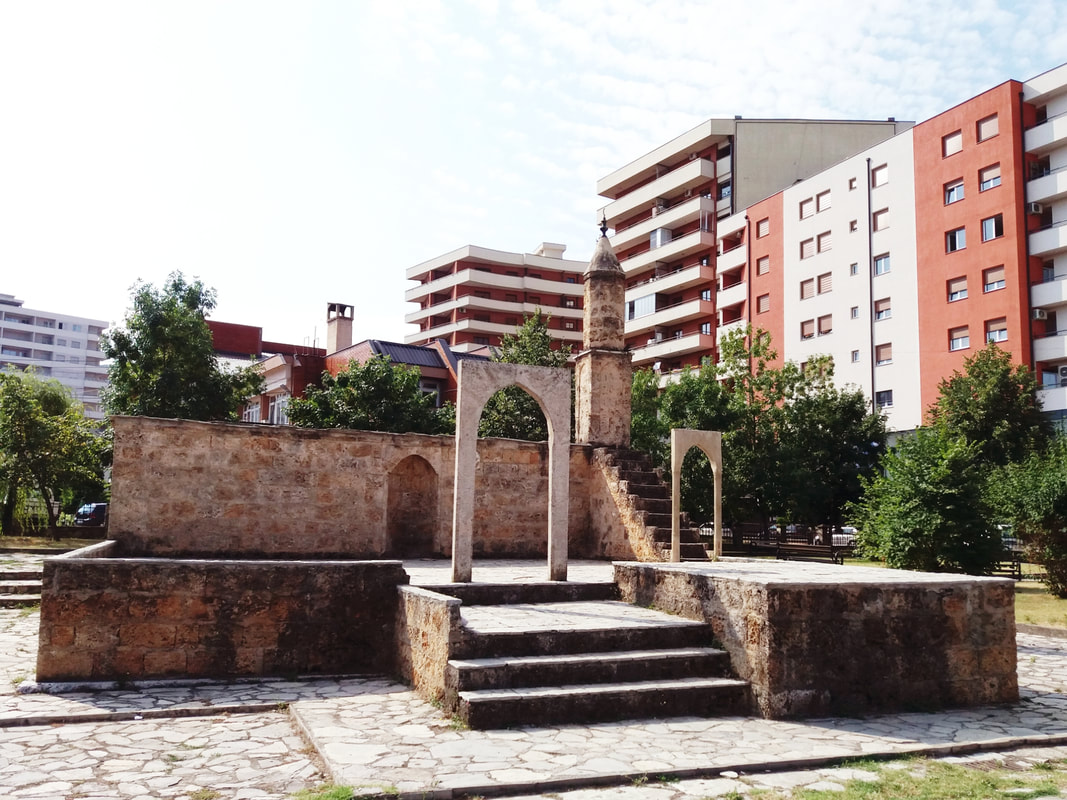 A bit of a mission for this one, 2.5km away from the centre, the ​Xhamia e Dëshmorëve - Martirëve with 2 minarets: 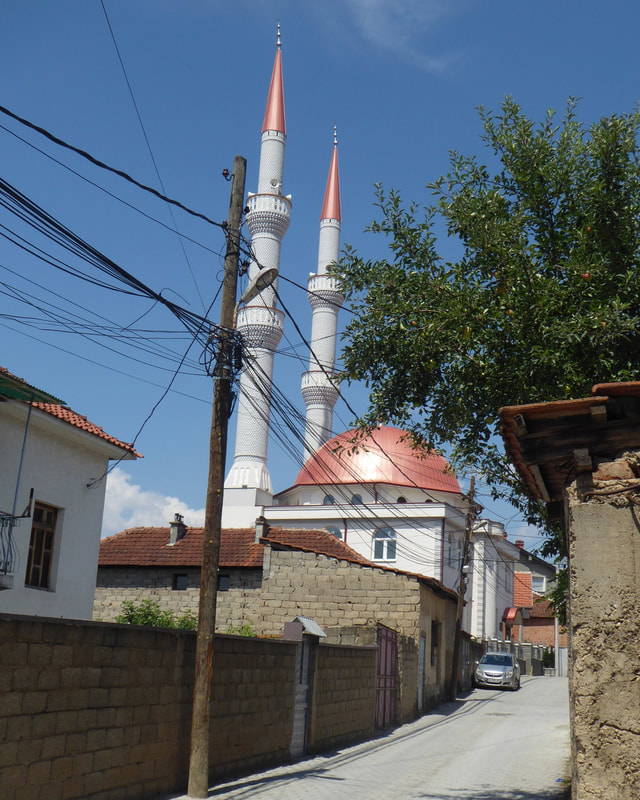 And last but not least, good place for a 1€ draft beer is Destill (am sure you can find it). They serve Shok e Shoqe, a craft beer brewed in Gjilan: 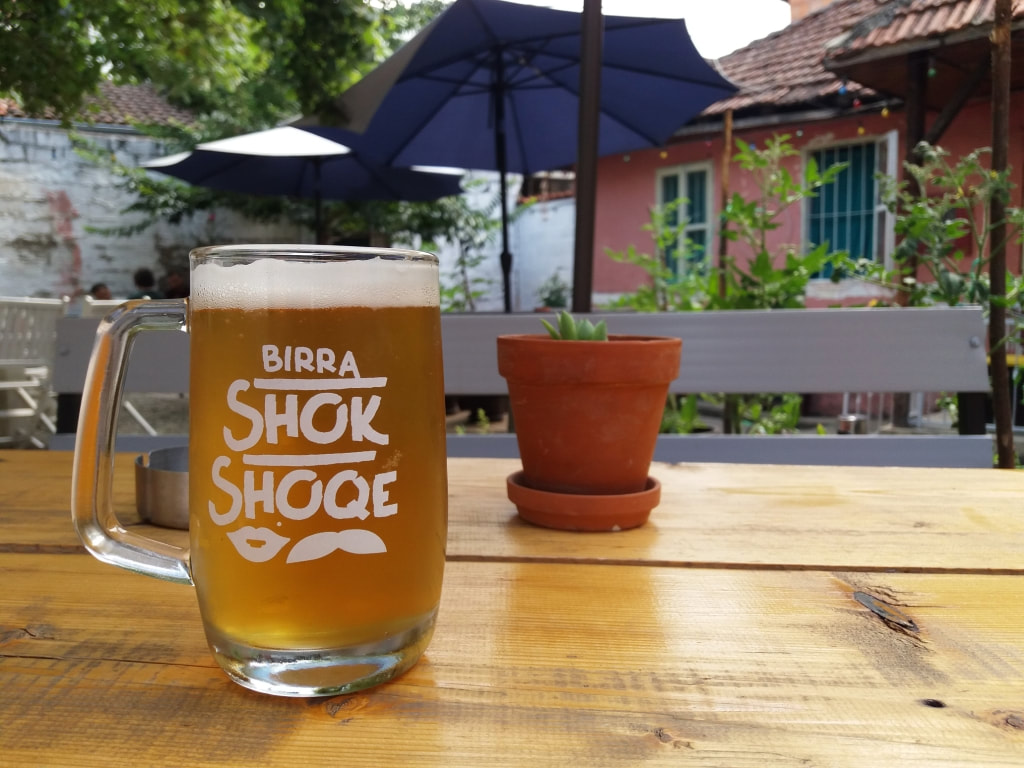 That was my week in Prizren. Sad that all that the historic sites were closed due to Corona. The curfew was 9 pm but got put back to 10.30 pm and masks should be worn. Police are issuing fines for non-believers but this deterrent it seems isn't sufficient enough. I continue to wear mine when out and about. I don't need trouble with the authorities and am keen to reduce the chance of ending up in a Kosovo hospital.
​