August 9, 2020 | Tagged: The Balkans
Backpacking in Tirana 2020 during the Coronavirus pandemic. Places to go, things to see, where to stay. 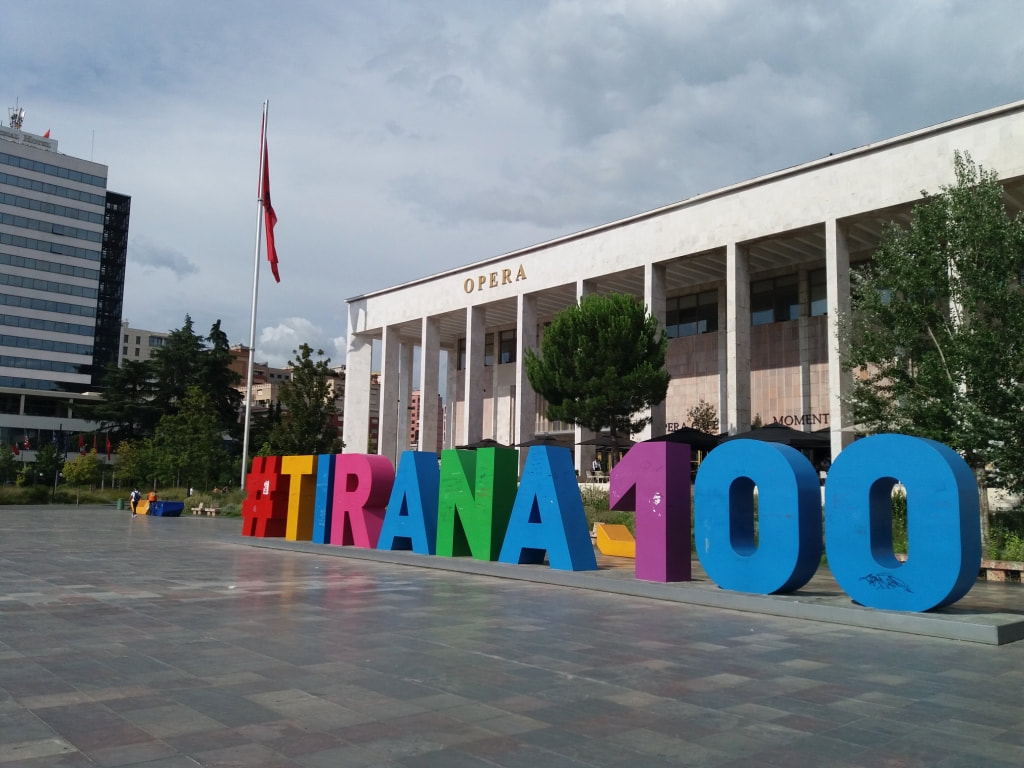 This is my second time in backpacking in Tirana. I was here last September on a 10 day trip to The Balkans. Tirana, Shkodra, Kotor and Dubrovnik. I hadn't envisaged being back so soon.

​Thanks to Corona, here I am again: Luckily I had left some things for the 'next time'.

​I stayed once again at Sombra Hostel.

​The Pyramid: Built in the late '80s as a mausoleum for the former dictator, Enver Hoxha. After the fall of the communists, the Pyramid became a cultural centre, named after Pjeter Arbnori, an Albanian gulag survivor. It was also Tirana’s most famous nightclub.

During the 1999 conflict in Kosovo, NATO set up a humanitarian headquarters inside the building and in 2001, Albanian television station Top Channel moved in.

In 2011 former prime minister Sali Berisha wanted to demolish the building, to make way for a new parliament.

The local population fiercely opposed the move. While other countries tore down former communist monuments, the fact that the pyramid had been built relatively recently meant that the majority of people associated the building with Tirana as a city rather than with the communist regime or with Enver Hoxha.

It was announced that it will be renovated and become the Albanian Education Center. Work has yet to begin. 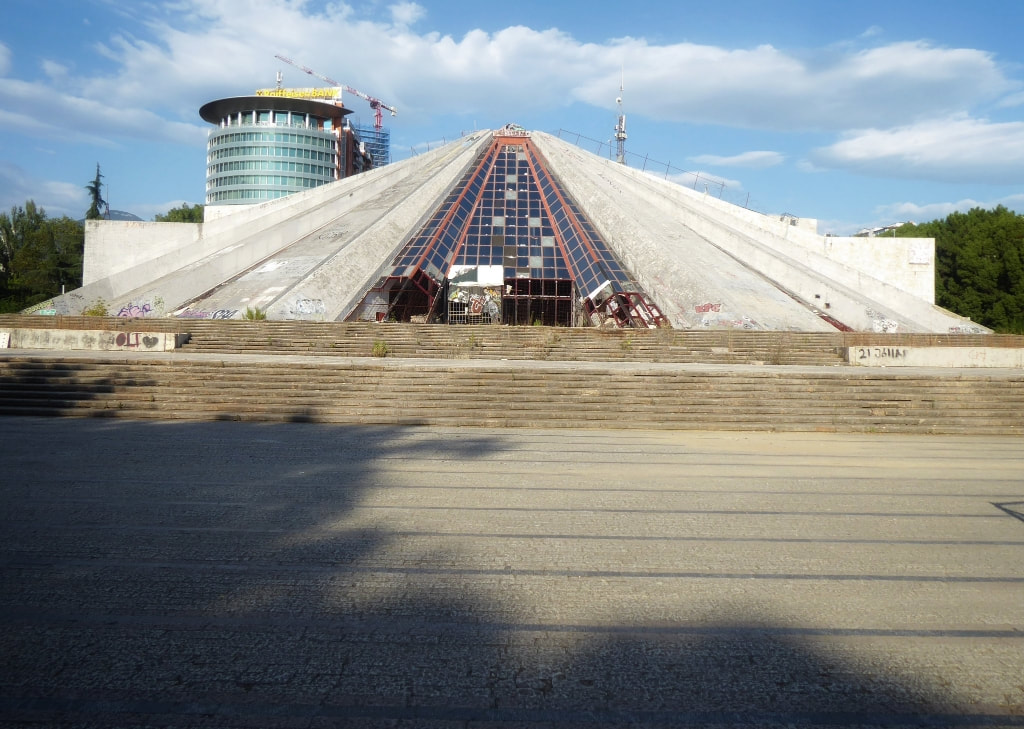 Thanks to @VisitTirana for the tip, I walked out to the Kombinat district some Ks Southwest out of town. Kombinat is at the end of the L.15 Kombinat - Kinostudio bus route.

​The Kombinat Stalin Textile Factory once employed up to 2000 workers and could produce up to 2,0000,000 square meters of cotton cloth a year.

It's hardly a riveting place but you can take a coffee at the cafe next to the factory arch or a Birra Stela at the cafe bar on the corner and take in the nostalgia. 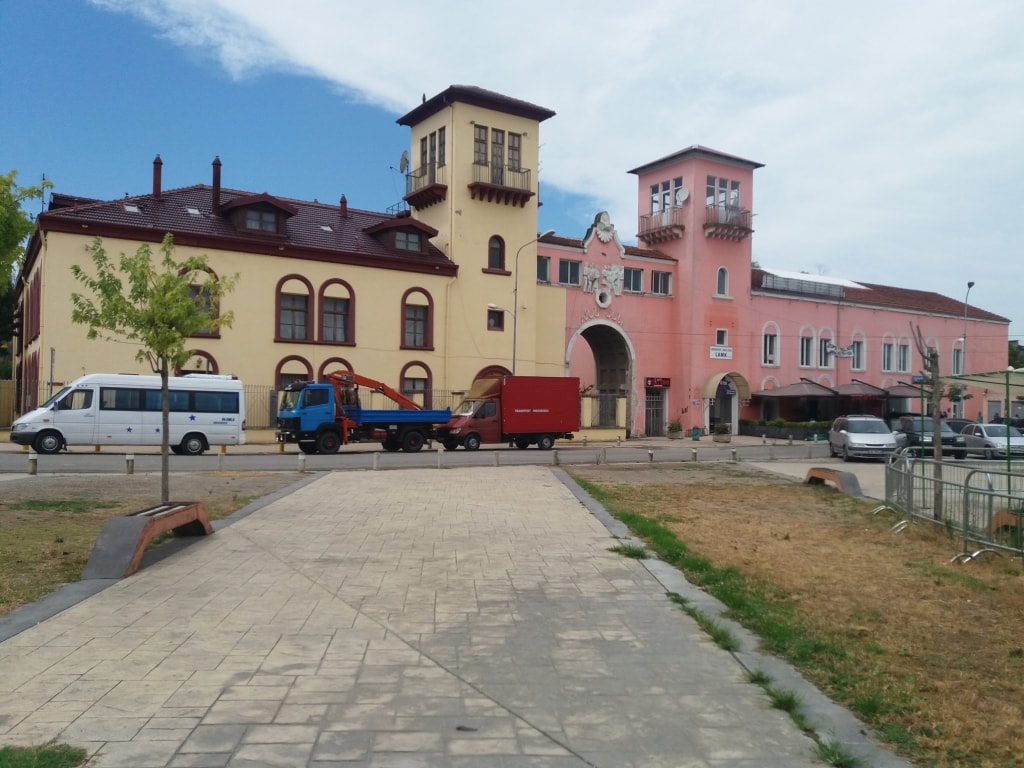 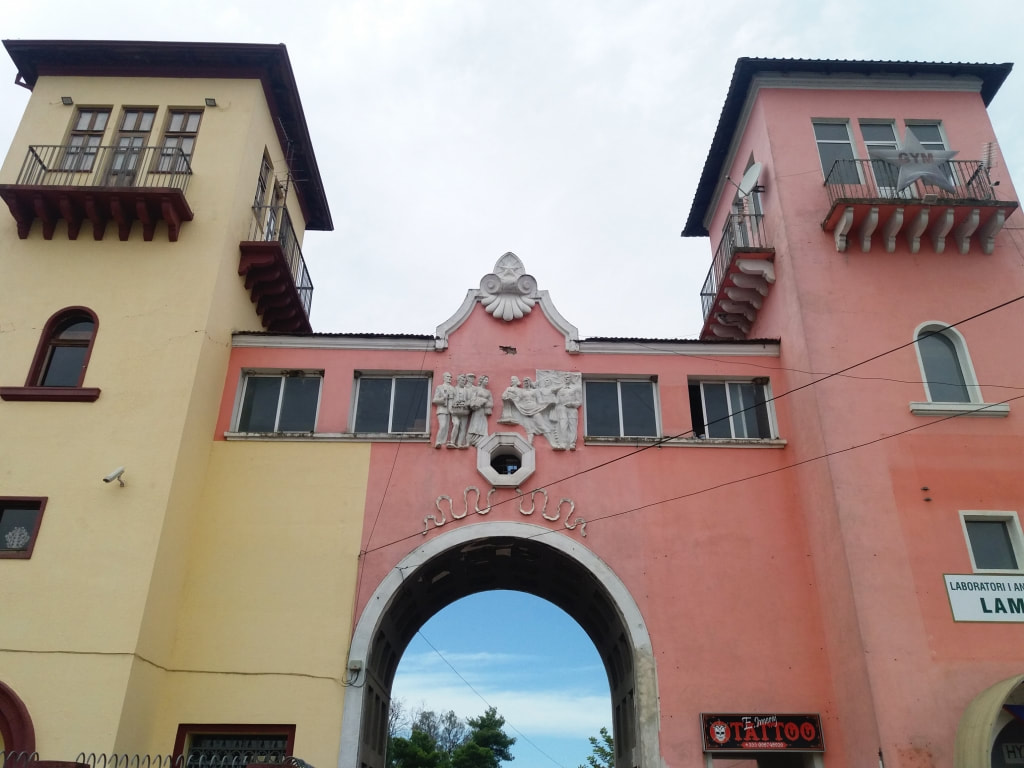 One of the more popular 'things you must see in Tirana' is House Of Leaves: Museum of Secret Surveillance (external link to their own website). This is right up my street and I have no idea why I didn't pay a visit last time. It is literally around the corner from the Sombra Hostel. Sadly photos are not allowed inside. Entrance fee is normally 700LEK but Corona price is just 200. A bargain. 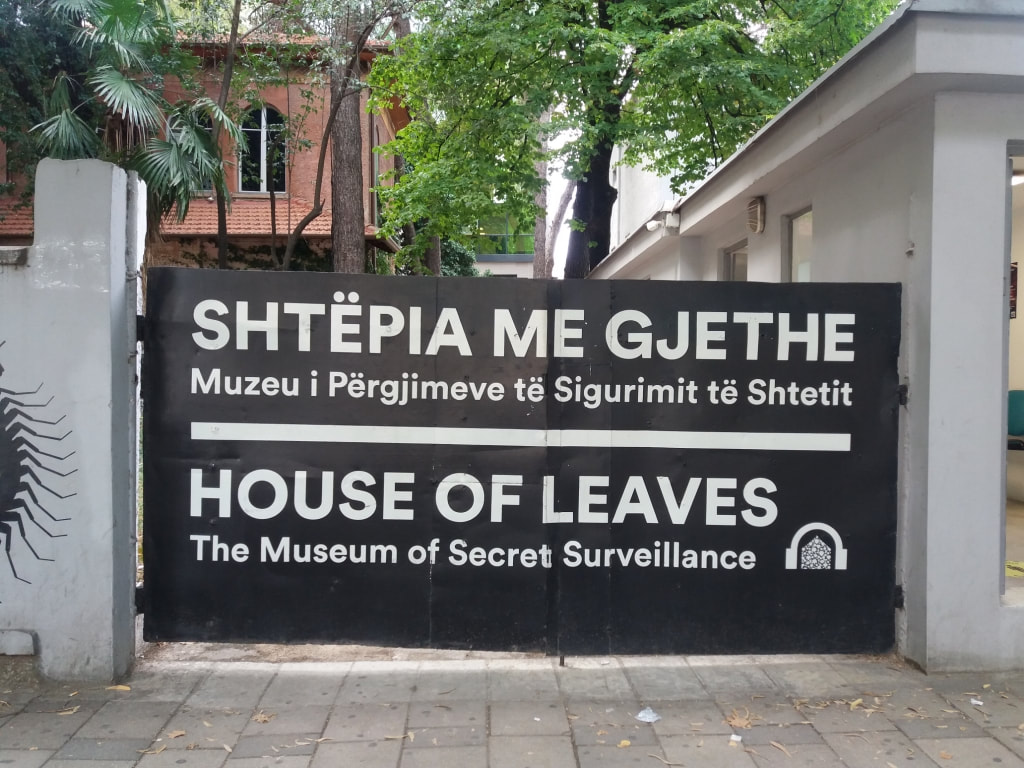 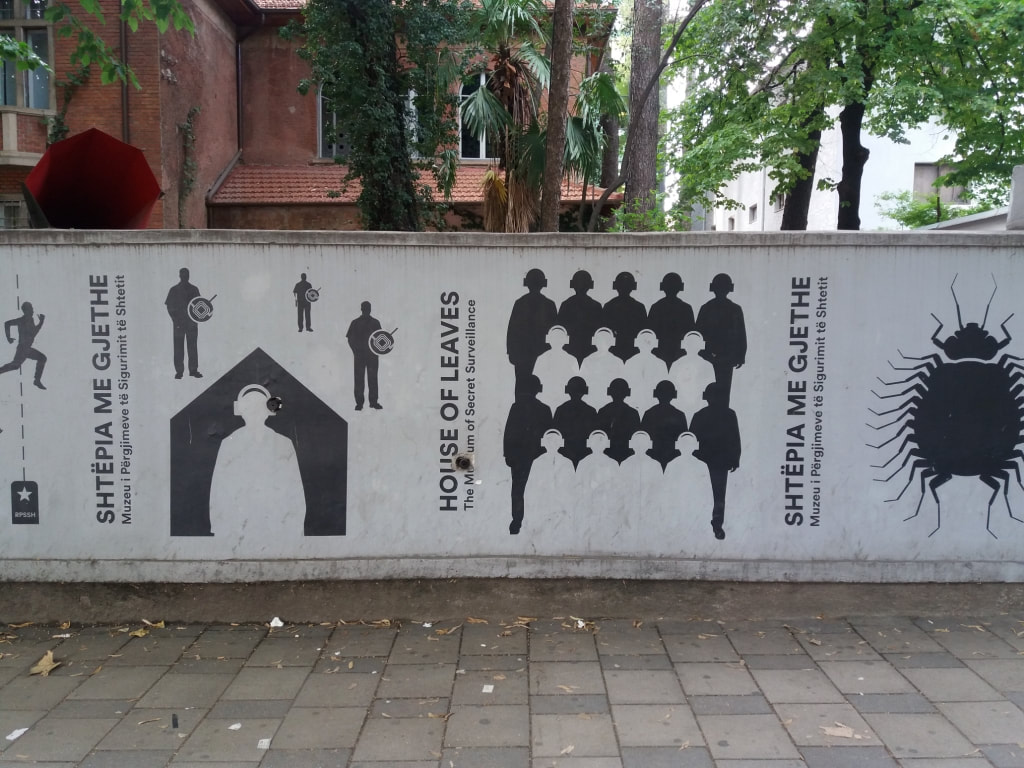 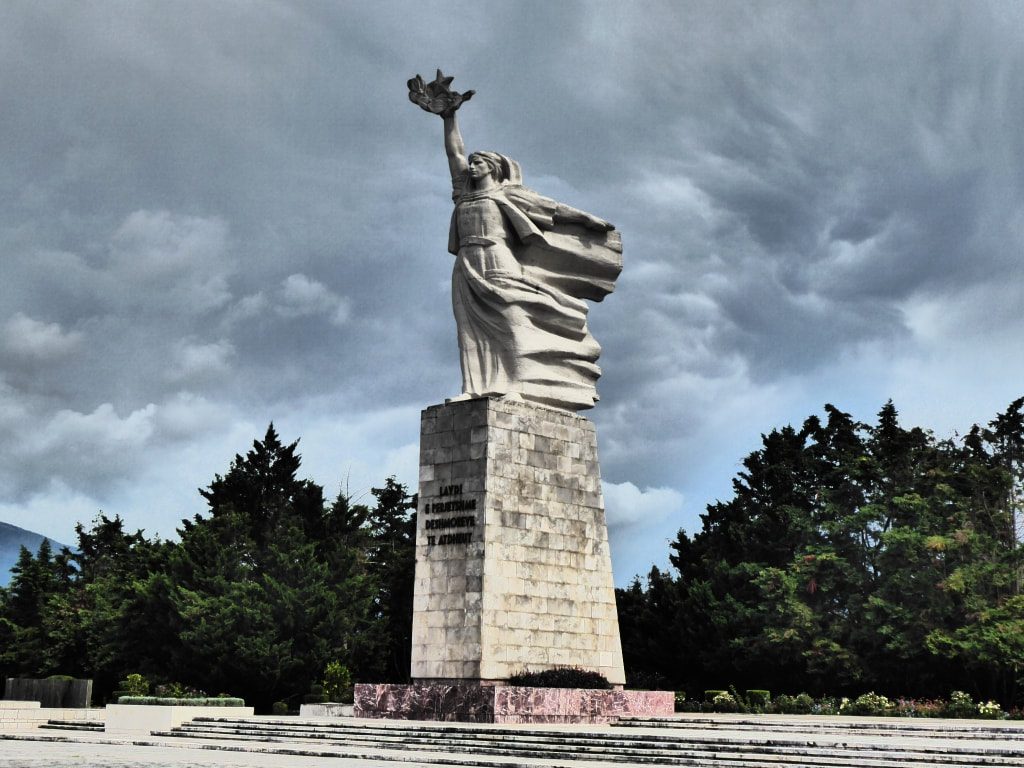 Tirana celebrates 100 years as the capital of Albania, #Tirana100 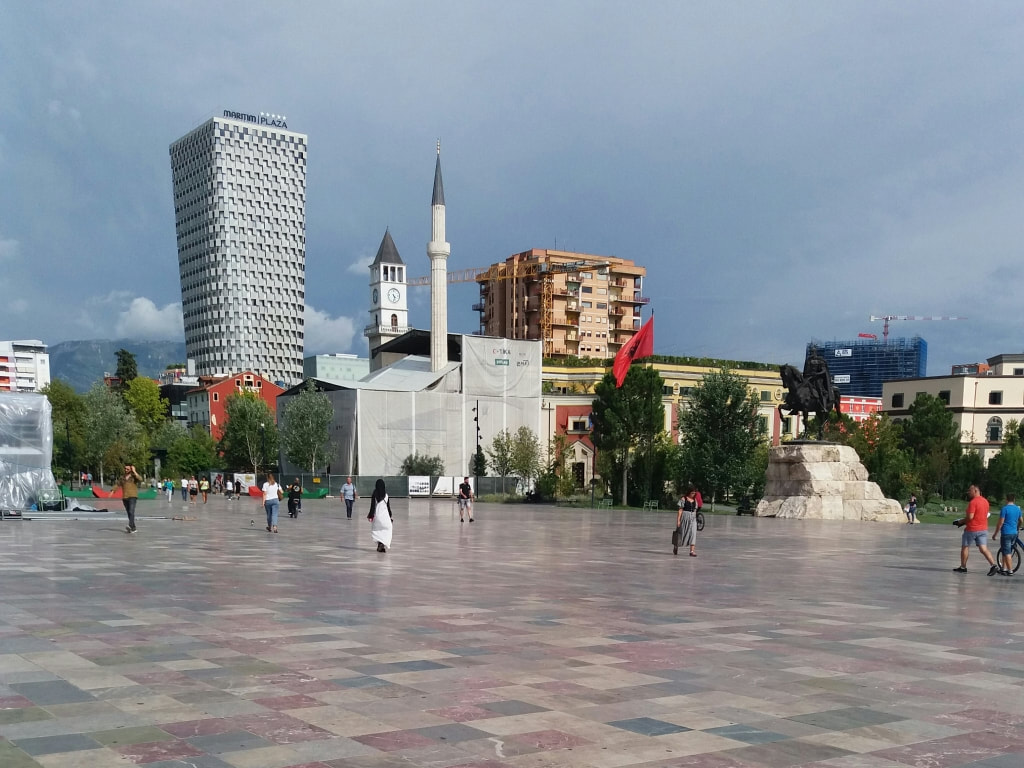 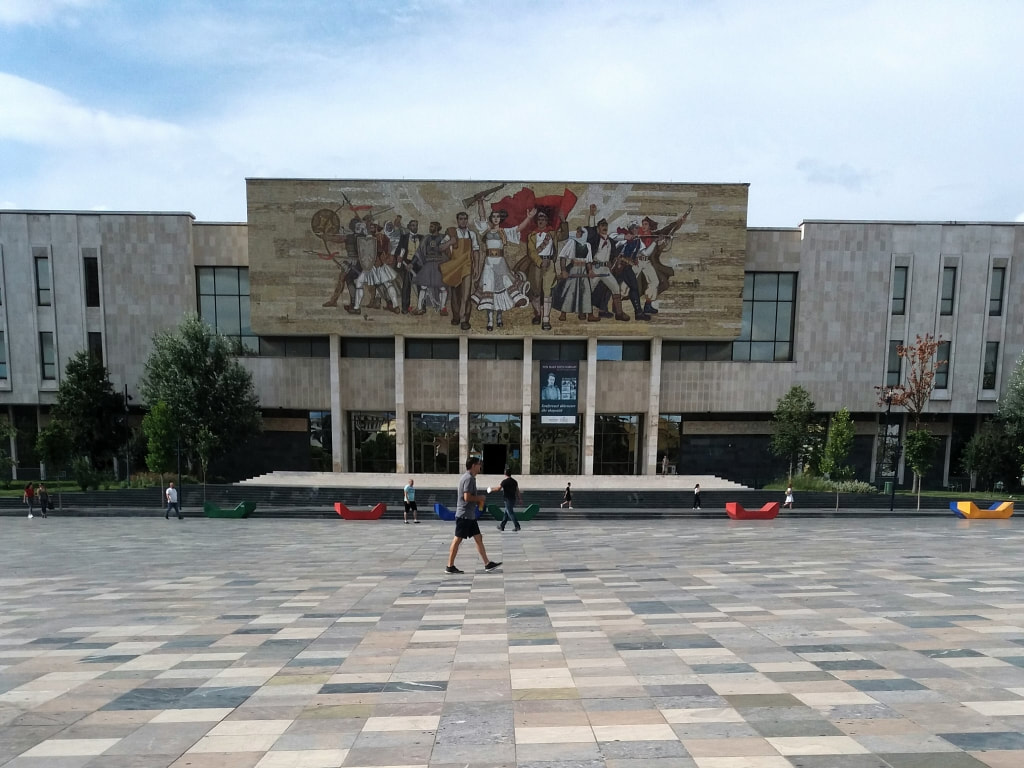 Independence Monument, built in 2012 to mark 100 years of Albania's independence: 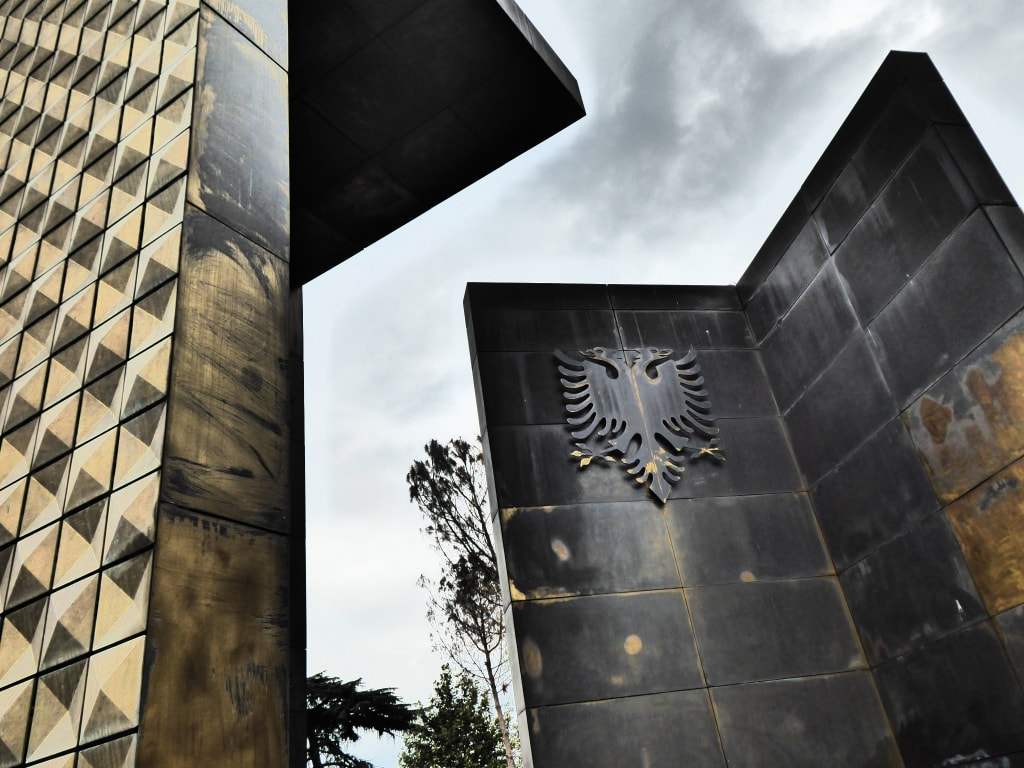 The Peace Bell, a reminder of the past. Built from spent bullet cartridges from the unrest in 1997: 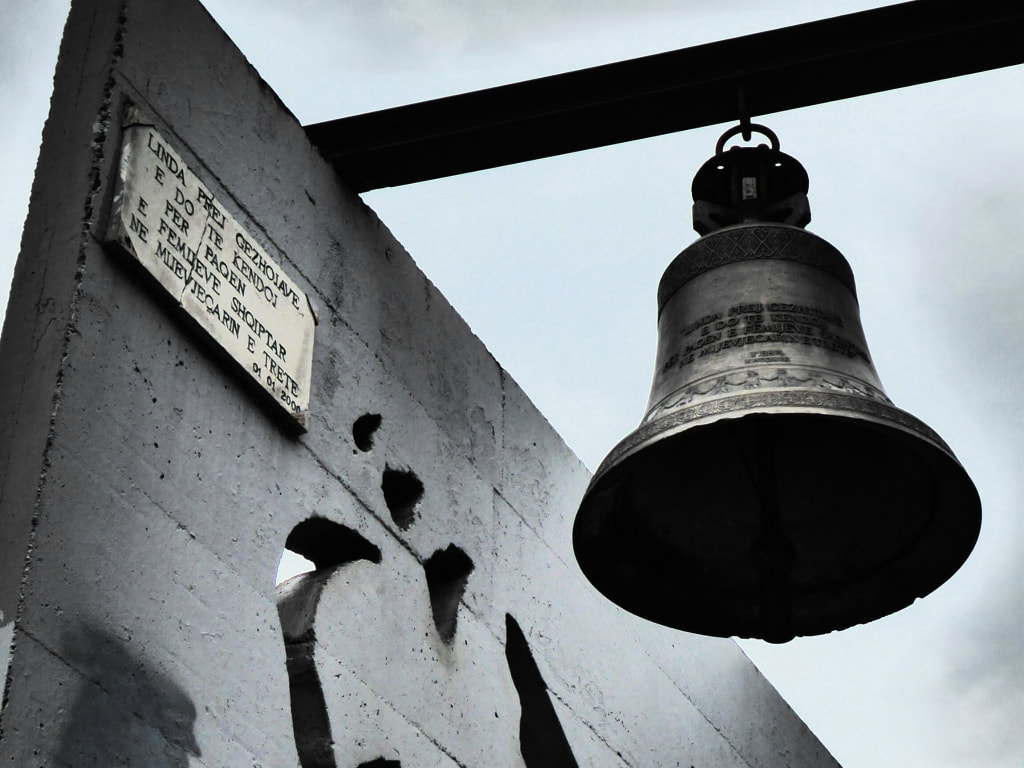 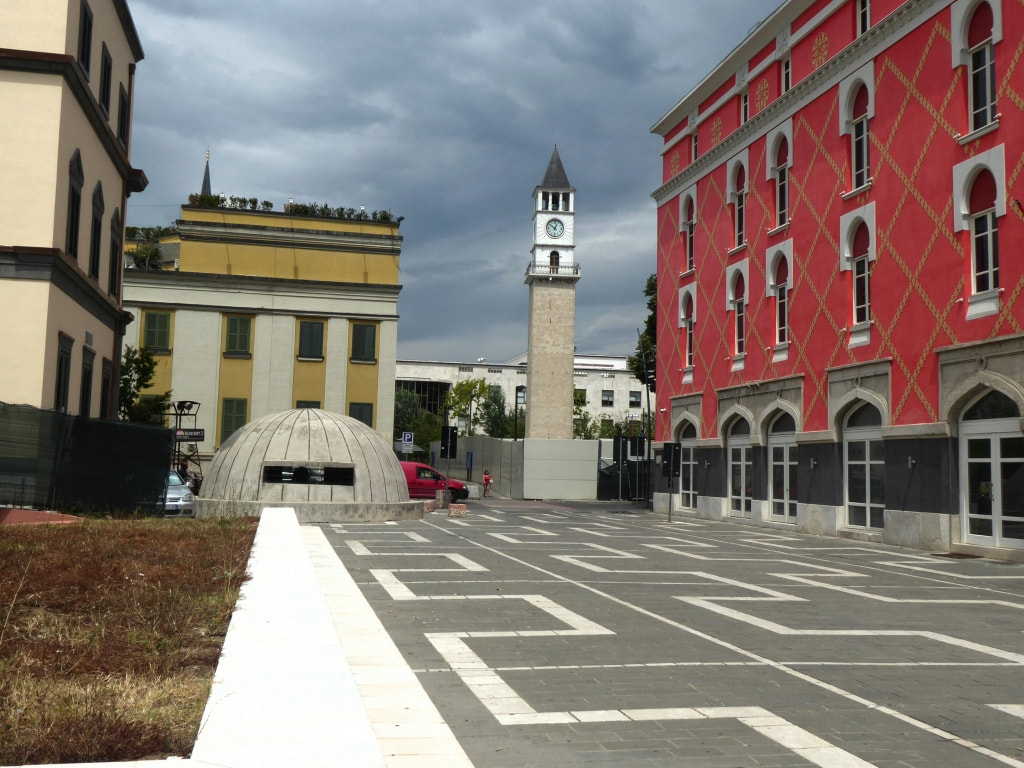 On my 2019 trip to Tirana, I went to the 2 BunkArt museums, Dajti mountain, did a Free Walking Tour (which is still going even during Corona) and all the details are on my post from 2019.

The former separate North and South bus stations are closed and buses to all destinations leave from the new terminal. It took me 45 minutes to walk from Sombra Hostel:
International buses depart and arrive from a much nearer terminal:
Buses to and from the Nene Tereza International airport can be found here:
Tirana during the Coronavirus pandemic​​:

They locked down in early March and reopened on June 1st.
​
There is no curfew. The only restriction is, no loud music in the bars after 8 pm. Masks to be worn on inner-city buses and in the shopping malls. Security is there to enforce and check your temperature on entry. Masks should be worn in shops but no one bothers. No one seems to care. Hand sanitiser is available in cafes and restaurants but I never saw anyone using it. Social distancing is not practised.

At Sombra Hostel, they try to restrict the dorm rooms to 2 people.
​