​​Connect on Twitter
Waiting out in Naivasha until things improve, I look back at happier times in Kenya from my adventures on the Swahili Coast back in 2016.

From Mombasa, I headed north, up the coast. It was another epic bus ride from hell. At Garsen, a police checkpoint. Everyone's papers were checked. 10 minutes down the road and another checkpoint.

Everyone off the bus, standing in the queue as the African midday sun bore down on us. Bags were checked. People were searched. Some escorted to a roadside hut. They never did rejoin the bus.

This section has a 6 pm to 6 am travel curfew. Al Shabaab operates in this region. They are known to attack buses.

Then riding in convoy with 2 army jeeps out front. The road started out good, see image below but then it deteriorated. Broken with numerous potholes and very dusty. But we had to drive 'full-gas'. The driver had his foot on the floor. Could hardly see 50 meters in front.

At Witu, another police checkpoint, we stopped to regroup and then a change in tactic. We crawled along at 40kph. Sweat poured off me such was the intense heat. 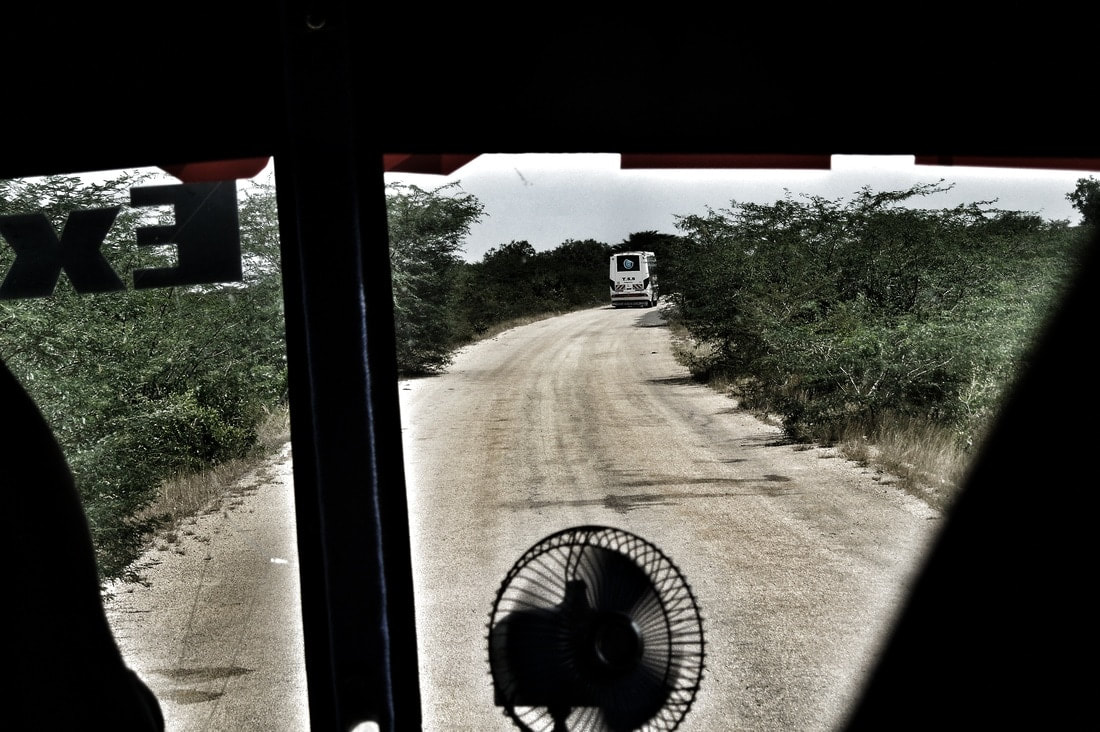 The final 100km had taken 4 hours, eventually arriving at Mokowe where we herded on to the awaiting boats to take us to Lamu: 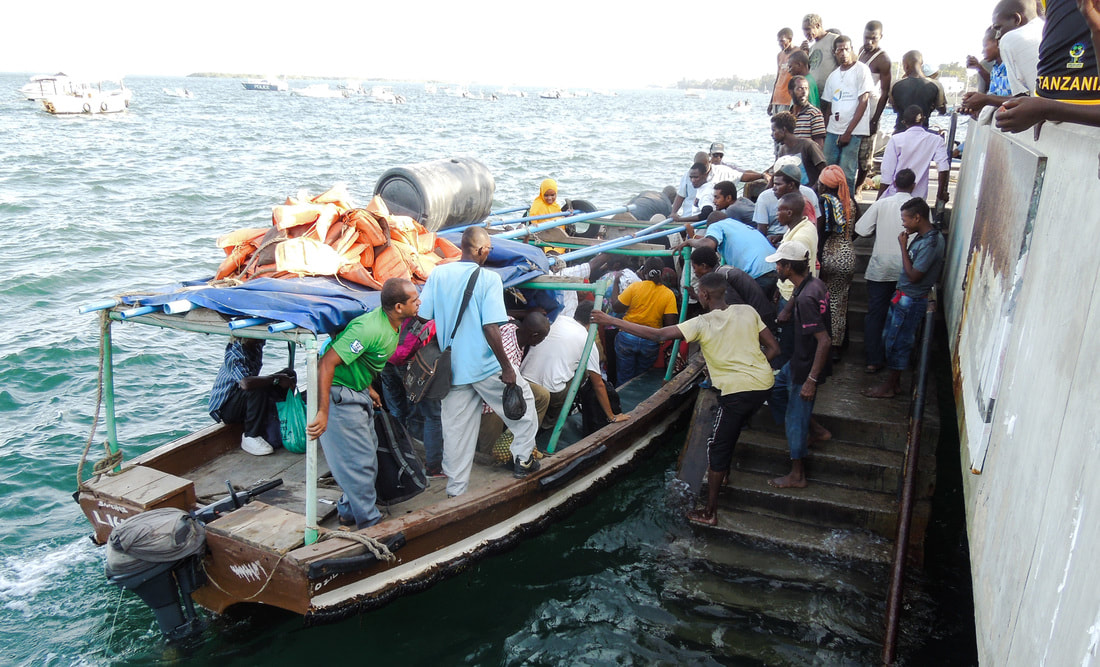 ​Lamu town, regarded as the oldest living town in East Africa. A port with a labyrinth of narrow lanes, ancient mosques and whitewashed buildings.

I stayed 5 nights on Lamu. hanging out, off the grid - no internet - sweltering hot afternoons, more so when the wind didn't blow. 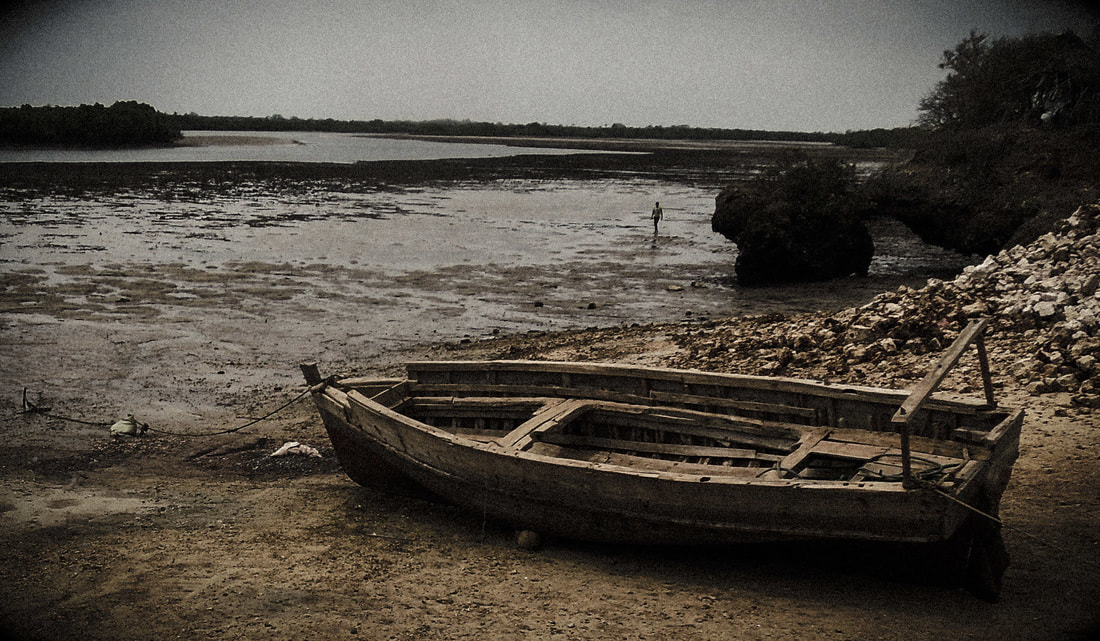 ​Made a one-day excursion with an English volunteer and an Ozzie who I had met on the train to Mombasa, to the village of Manda Maweni on Manda island. A dollar across on the boat and a dollar on a motorbike taxi known as a boda-boda.
​
We walked to where they cut bricks in like an open cast mine. White coral stone is hacked out of the ground and then chopped with a large type machete into blocks. Backbreaking work in intense heat. These are then loaded in a wagon and pulled by donkey to the village where they are stacked and later carried, 7 or 9 on the shoulders of well-muscled locals down to the water's edge and on the boats and taken where ever. Exhausting work just watching. 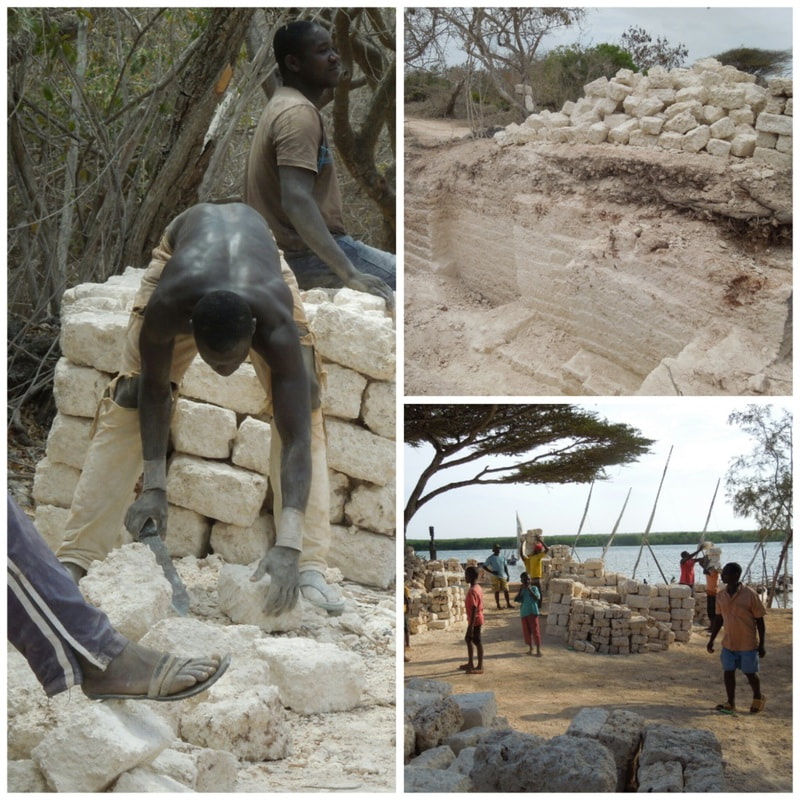 After a long lunch chatting with the locals in the small cafe, time for a swim. To be continued...

​Filed under: Africa
This post has been rewritten for Nomadic Backpacker and is based on my travels in Africa in 2015/2016