Why opting for the cheapest hotel is not the best strategy

Connect on Twitter
Cheap hotels will drain your pockets and your energy. 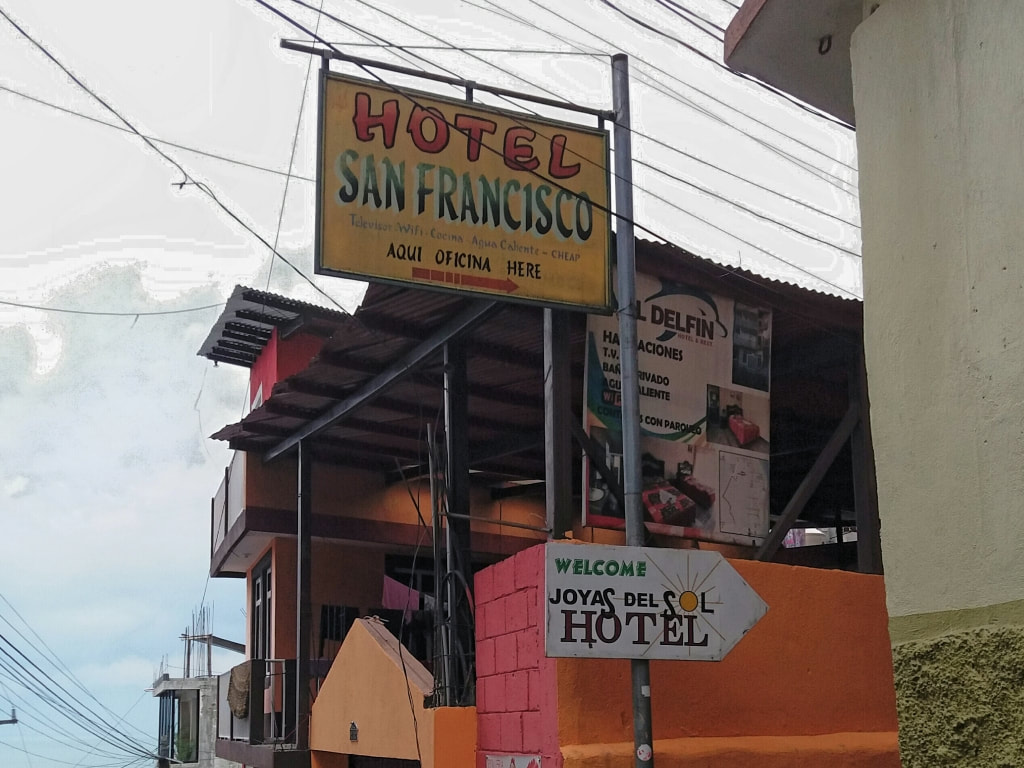 I chose the Hotel San Francisco in San Pedro La Laguna for 2 reasons.

2. For sentimental reasons. It's one of the first hotels in town and was always known as a place for travellers.

Generally, a low price hotel has only one thing going for it. The low price. Though I must admit the Hotel San Francisco did have a little more than that.

The bed was great. Comfy and bed-bug free. The view was incredible from the almost private balcony. And the water in the shower was hot.

This is where the benefits stopped.

3 days ago I wrote a full review of my stay at the Hotel San Francisco in San Pedro La Laguna.

The Wi-Fi was sketchy. If you advertise Wi-Fi, it should at least be usable, otherwise don't mention it.

I have learnt over the years that crappy WiFi, the network provider is not to blame. It is the cheapskate hotel owners who are using modems from 15 years ago. Or have 1 modem for 30 guests who mostly have 2 devices. Modems can run just 15 devices efficiently!

The WiFi didn't reach my room even if the modem was outside the door. The best place to get a good signal was on the balcony but here lies a big problem.

The rains have arrived here. The roof leaks like a sieve. The sides of the balcony are unprotected. It was almost the same as sitting outside.

Eating out here in Guatemala is insanely expensive. A filling meal in Mexico costs 2 USD. Here, a ½ portion sets you back 5 USD.

A hotel/hostel with a kitchen is an absolute necessity. And the Hotel San Francisco admittedly did have a kitchen. But it was a dump. A chicken was walking all over the 1 table that served as a place to prepare your food. Doing what chickens do. They shit everywhere. And when it wasn't shitting it was pecking at the food other travellers had bought.
The pots and pans, the crockery and the cutlery was a mishmash, found in a dumpster ½ a century ago.

So I used the kitchen to cook eggs. That was all.

The annoying thing was accepting the mentality of the owners who think it's ok to have a chicken shitting in the kitchen and that they thought it ok if the roof leaked.

The father sits outside in the little alleyway doing nothing all day when he could be fixing things. Just collecting the money. Doing jack to improve his place.

I took on the ok room with a great bed and great view not thinking that a kitchen could be such a disaster. I've stayed in some shit holes but this one really did take the piss.

I was thinking, "You think this is acceptable? You run a hotel for foreigners. They don't all need a 'local experience'. You make things ship shape, you invest 100$, and you can up the price. In 1 month you have gotten back the money you invested"

But the moral of this story is why opting for the cheapest hotel is no longer the best strategy.

It's draining trying to understand the owners' complete lack of enthusiasm. They might as well tear off all the roofs cos they don't keep you from getting wet.

It's draining waiting for pages to load.

You have to eat out and in the end, you end up paying more than if you had a place to cook your own meals.

A cheap hotel where none of the add ons, the ones that lure you into staying, really function, is ok for a night or 2. Any longer, opting for the cheapest hotel is not the best strategy.

Well, I almost forget the other reason for staying at the Hotel San Francisco.

Sentimental reasons. For old times sake. I really should forget this idea.