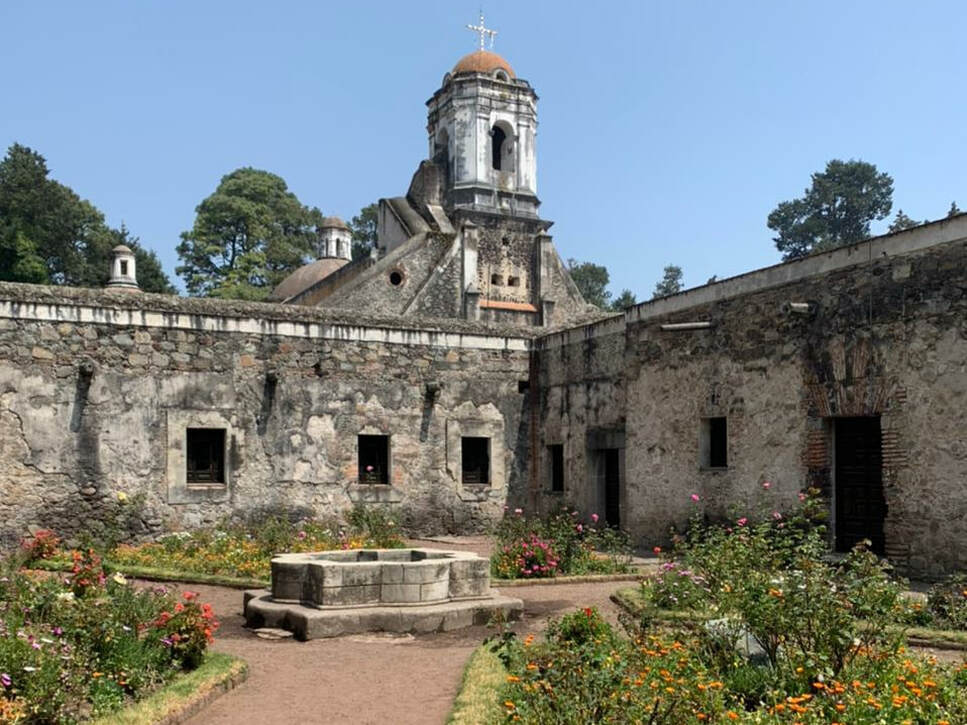 Some of the museums in Mexico city are starting to reopen.

On the afternoon of Friday, March 5 we called the Ex Convento de los Leones and were told that they would most probably be reopening on the following day. We hashed out a plan to get there using public transportation.

We rode the Metro from Centro Médico until Mixcoac. The ticket offices for topping up the metro cards were closed and the only option was to buy the single trip tickets which cost the same as a ride using the metro card, just 5 Pesos: 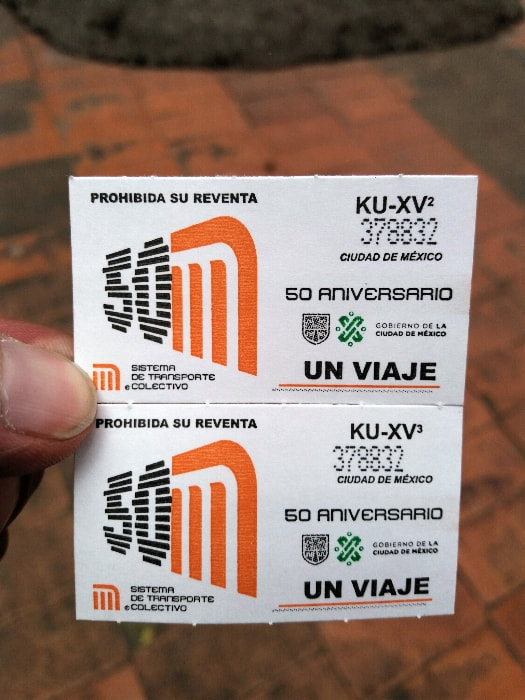 How to get to ​​The Ex Convento Desierto de los Leones

From there we had to improvise a bit as the intel was all a bit wrong. The #116 is no longer running from Mixcoac to Santa Rosa. 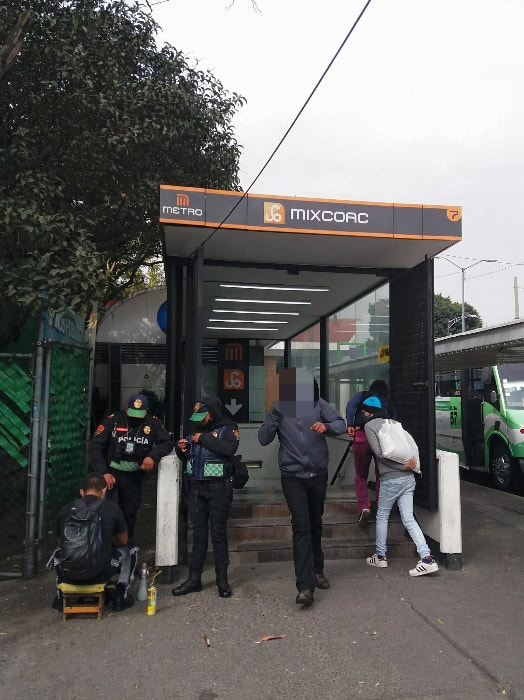 The bus system here in CDMX is chaotic at best. Routes are changed and cancelled and nothing is updated online. Routes during Covid-19 have been very much altered to cope with less demand.

We walked the 2km to the last metro stop at Barranca del Muerto. The #116 and #118 buses from Mixcoac have been combined to become the #117 from Barranca instead.

Here is the #117 which runs to Cierre de Circuito Santa Rosa which is the last stop: 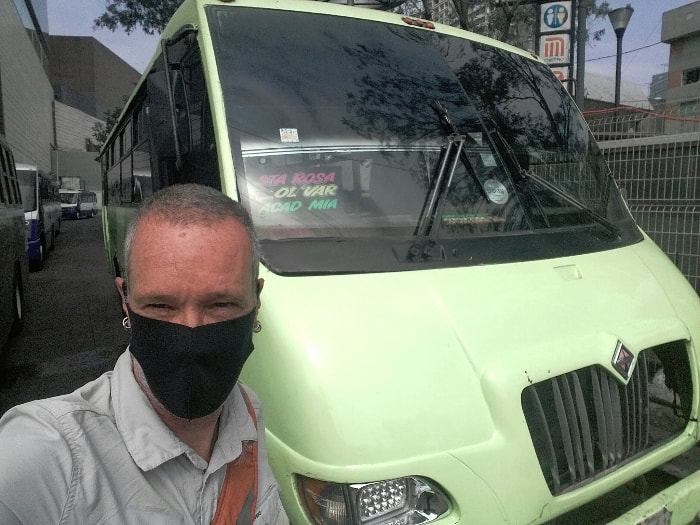 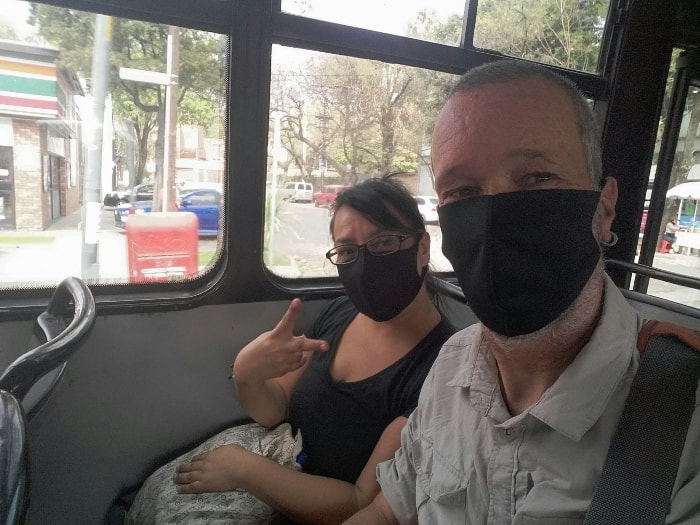 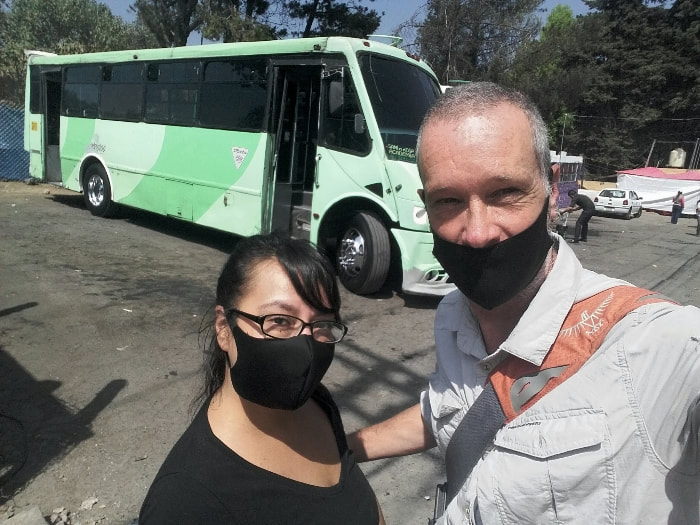 Then it's a question of improvising with the map on Maps Me. The 'path' that you follow in reality is the part I added in red. Here is a screenshot: 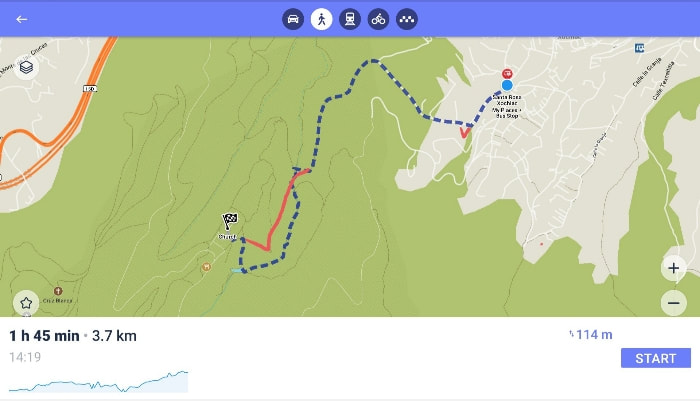 The walk is about 4km and most definitely not 1 hr 45, through the woods. It is easy to follow. 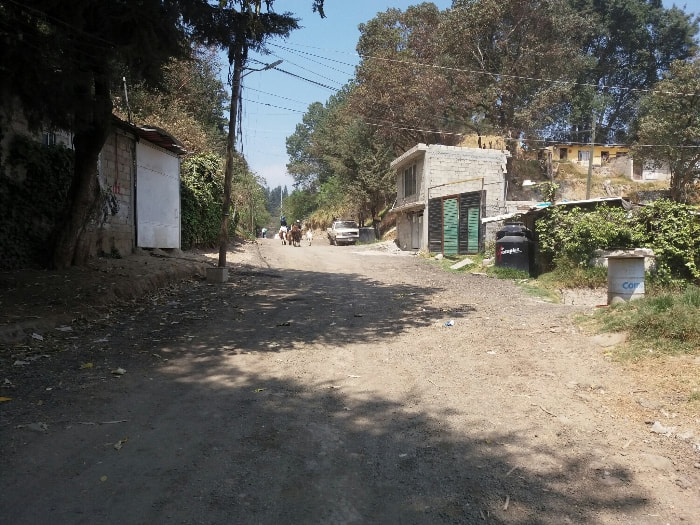 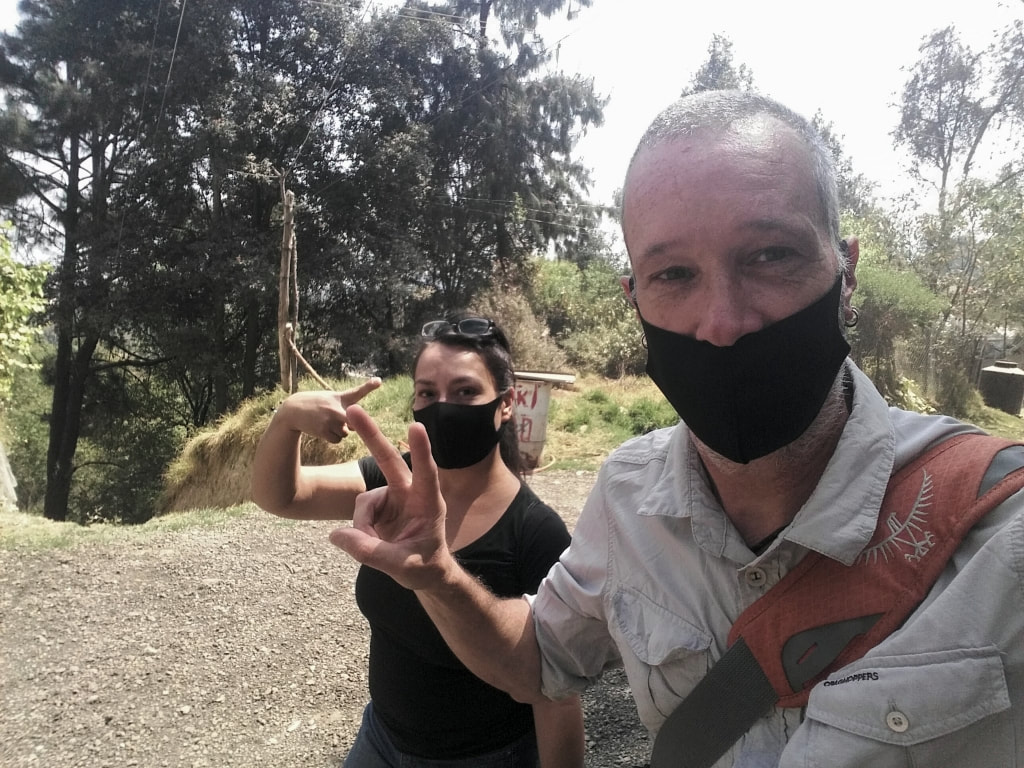 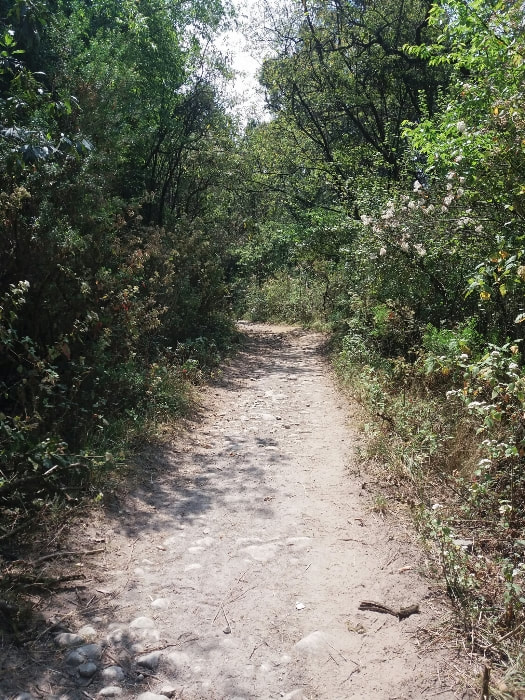 And you emerge from the woods after about 50 minutes at the small semi-derelict chapel of Ermita San Elis y San José, and from where its another 500m to the convent itself: 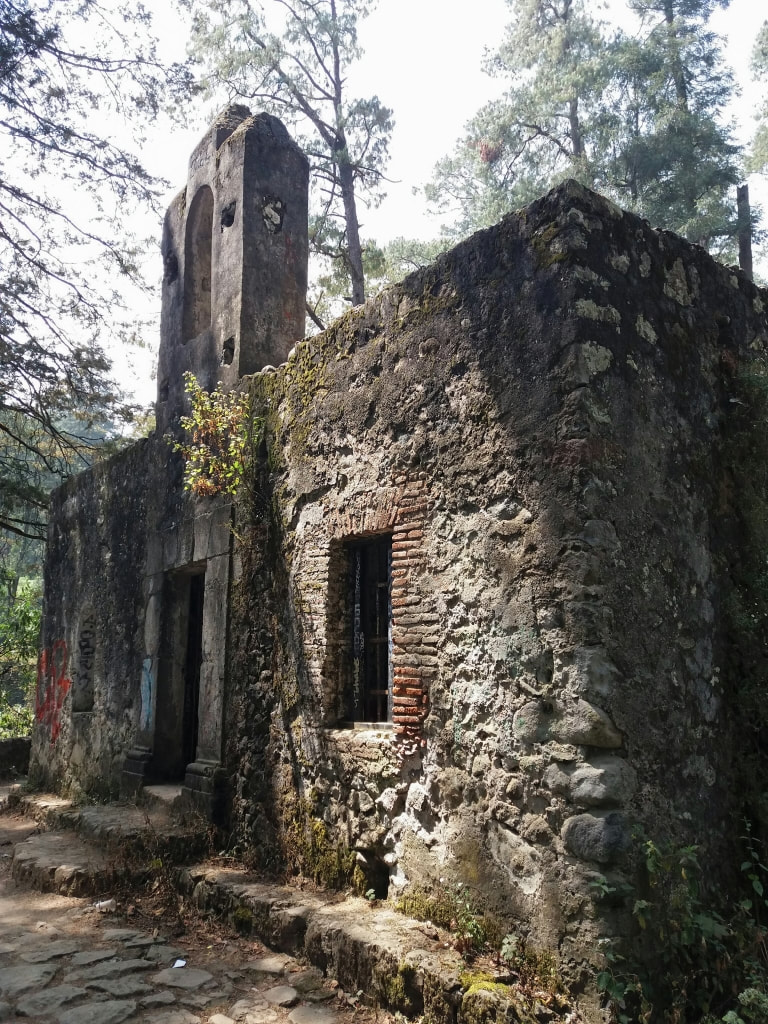 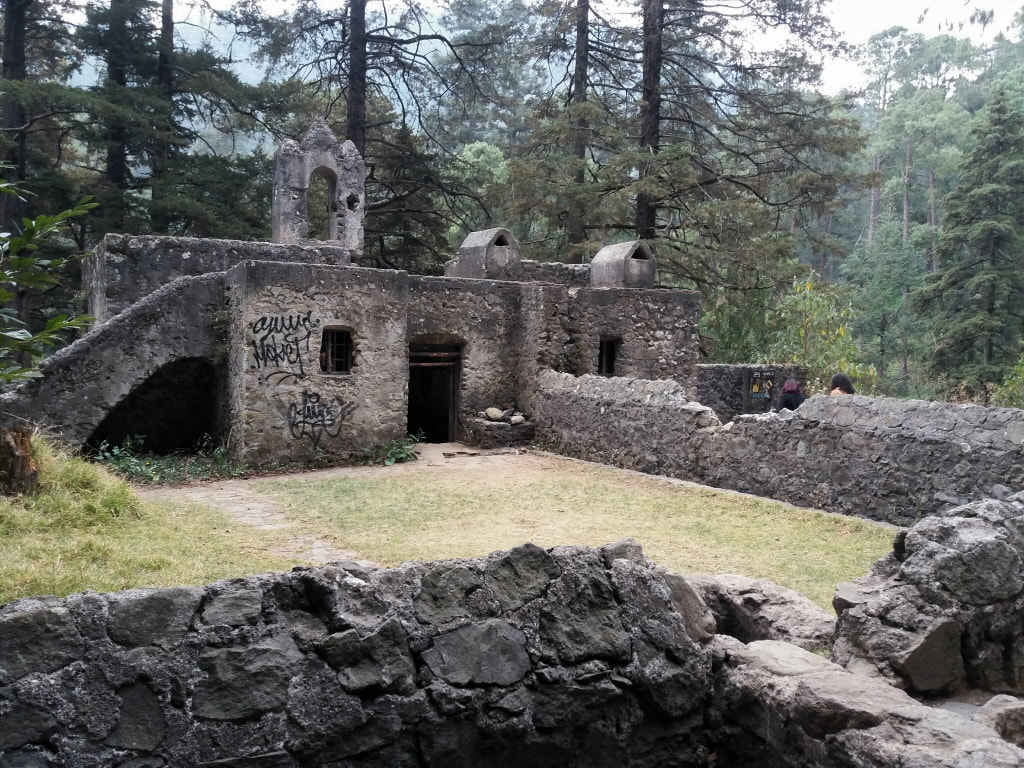 And we were rewarded with the fact that the convent was open again. First day of business: March 6 2021.

Desierto de los Leones/Convent of the Desert of the Lions. It was given the name 'desierto' from the faraway location of the park in which the convent was built and the name Leones comes from the surname of the family that helped the religious order acquire legal possession of the property.

The entrance fee is 19 Pesos: 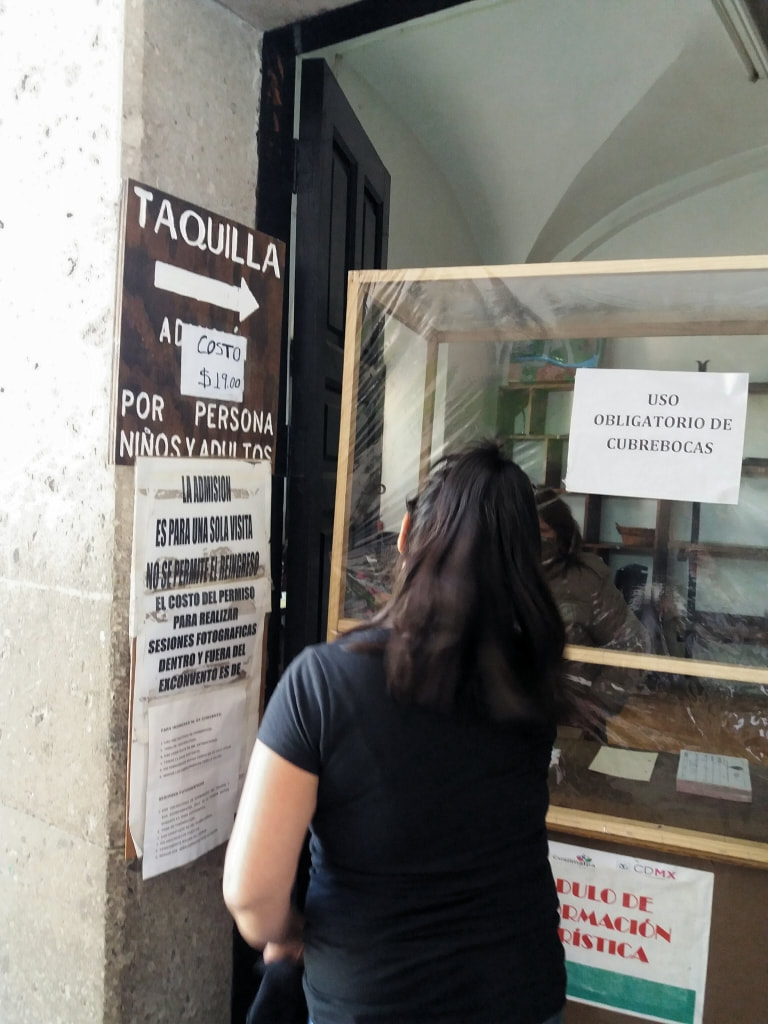 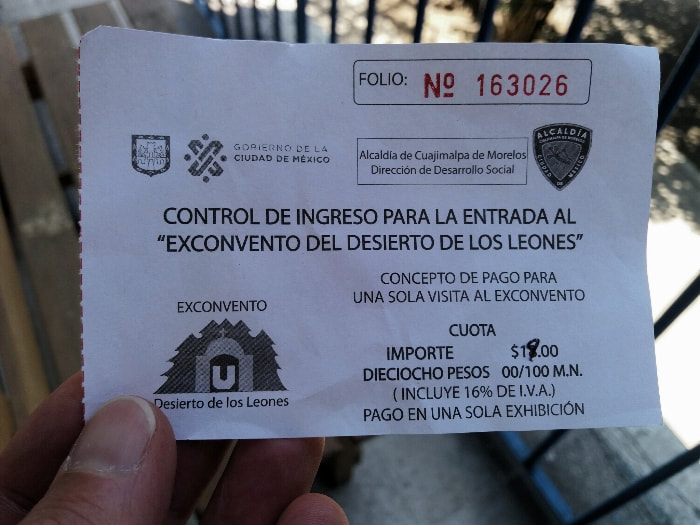 Enjoy the photos of the Ex Convento Desierto de los Leones and the gardens: 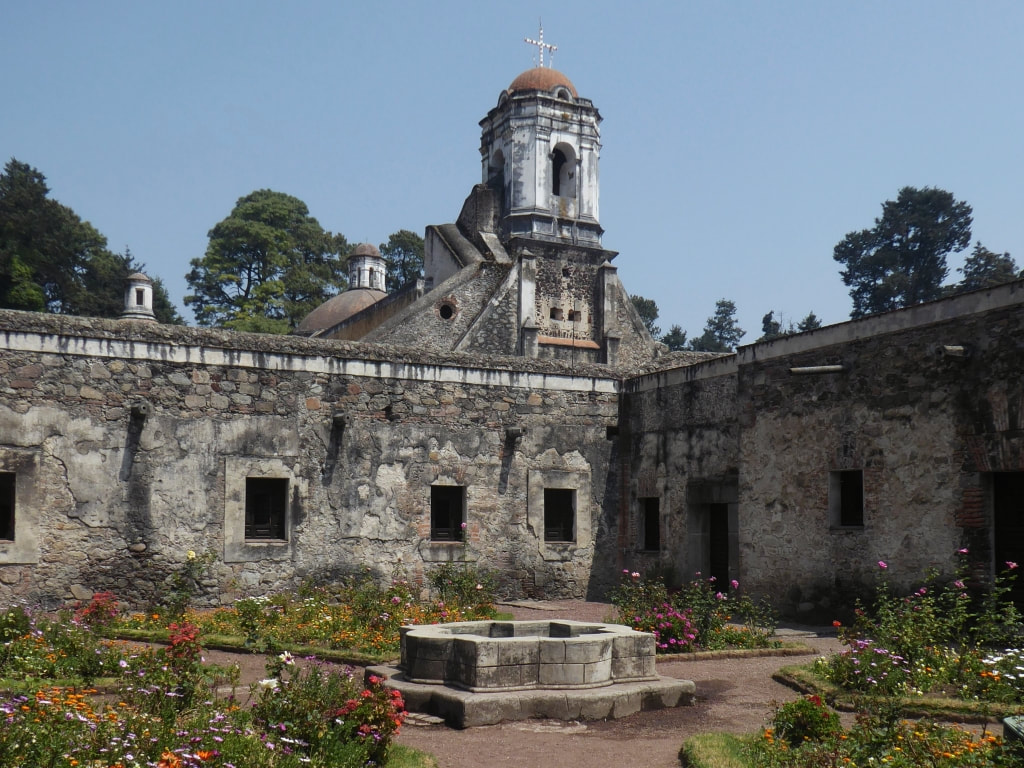 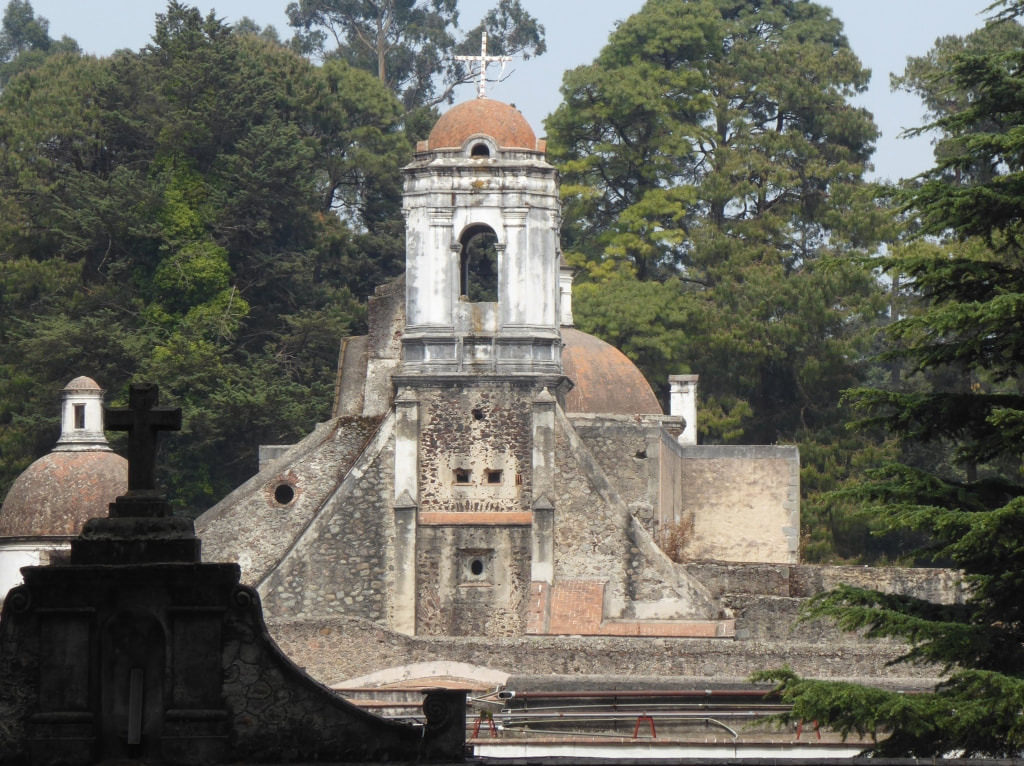 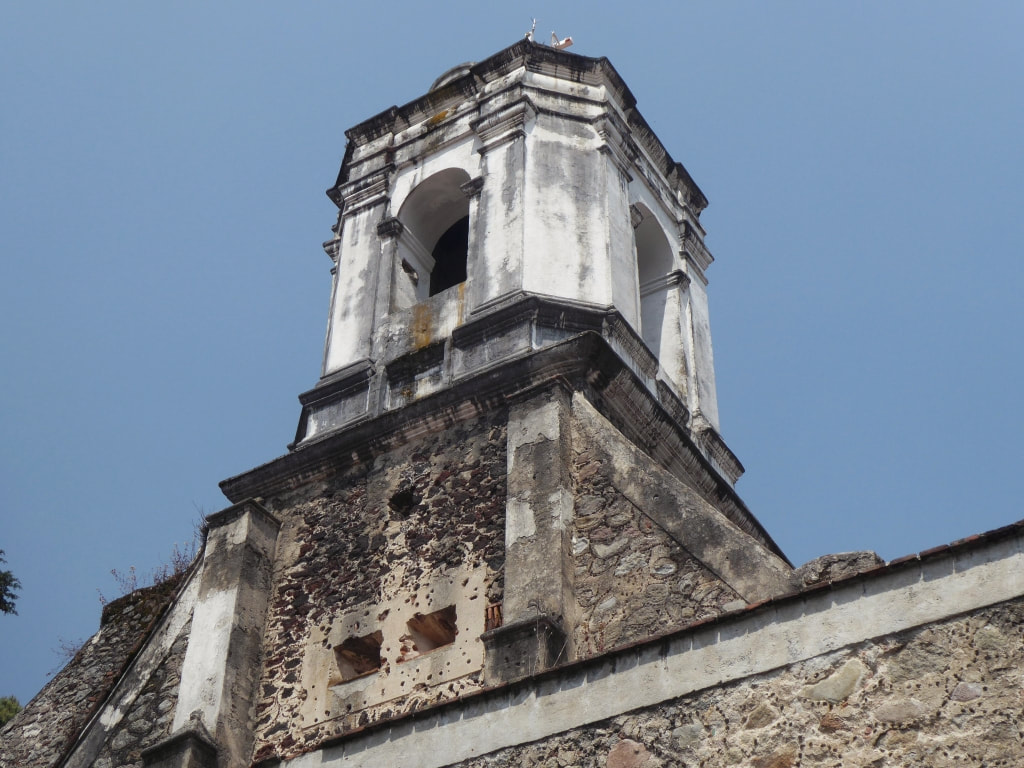 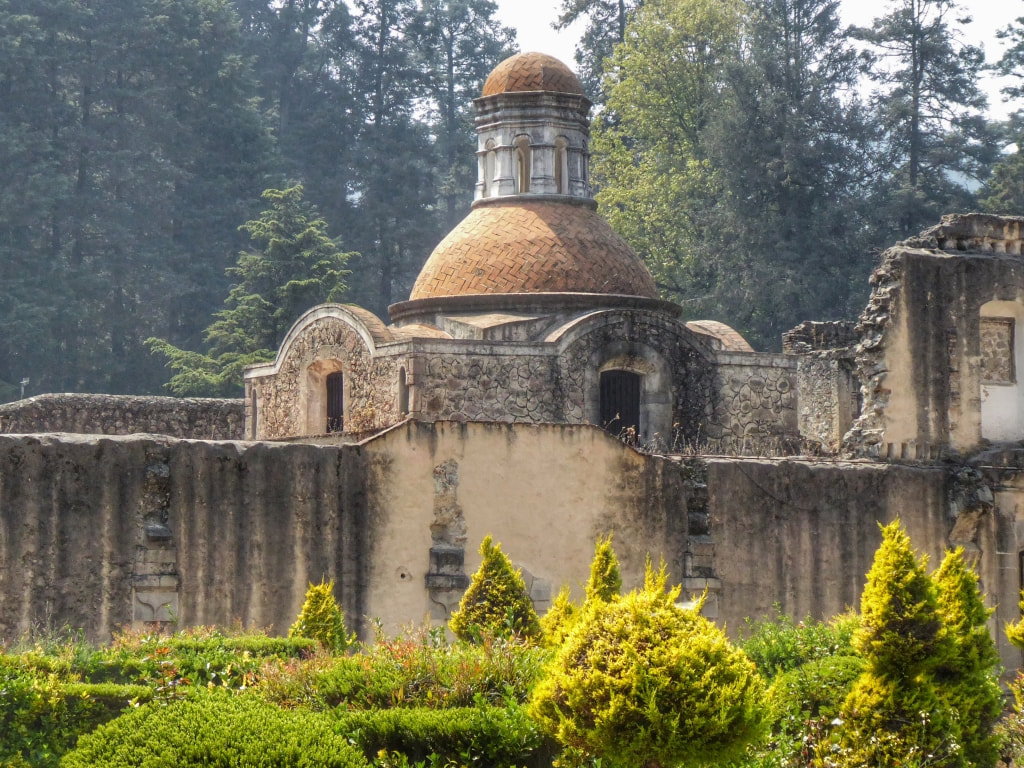 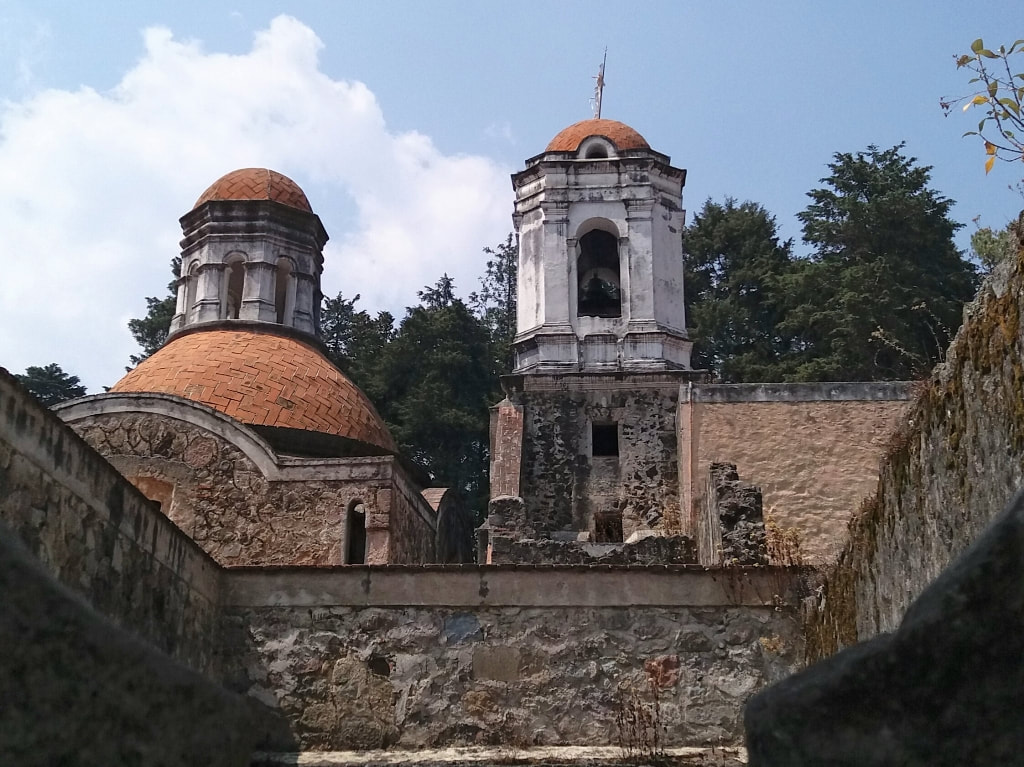 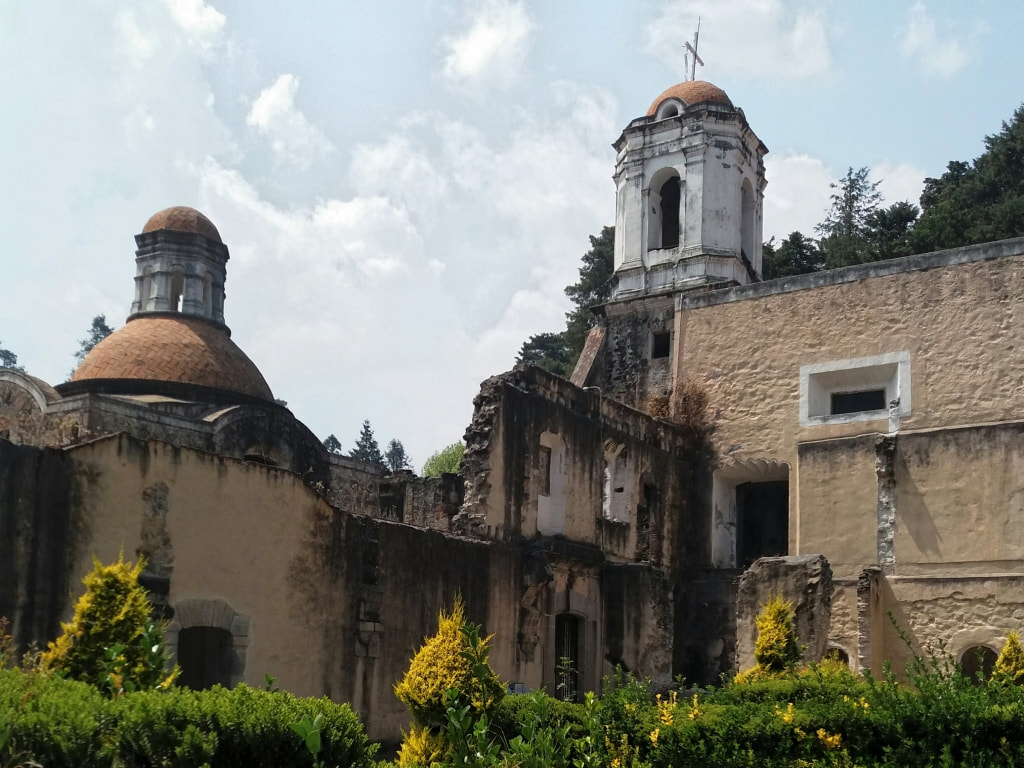 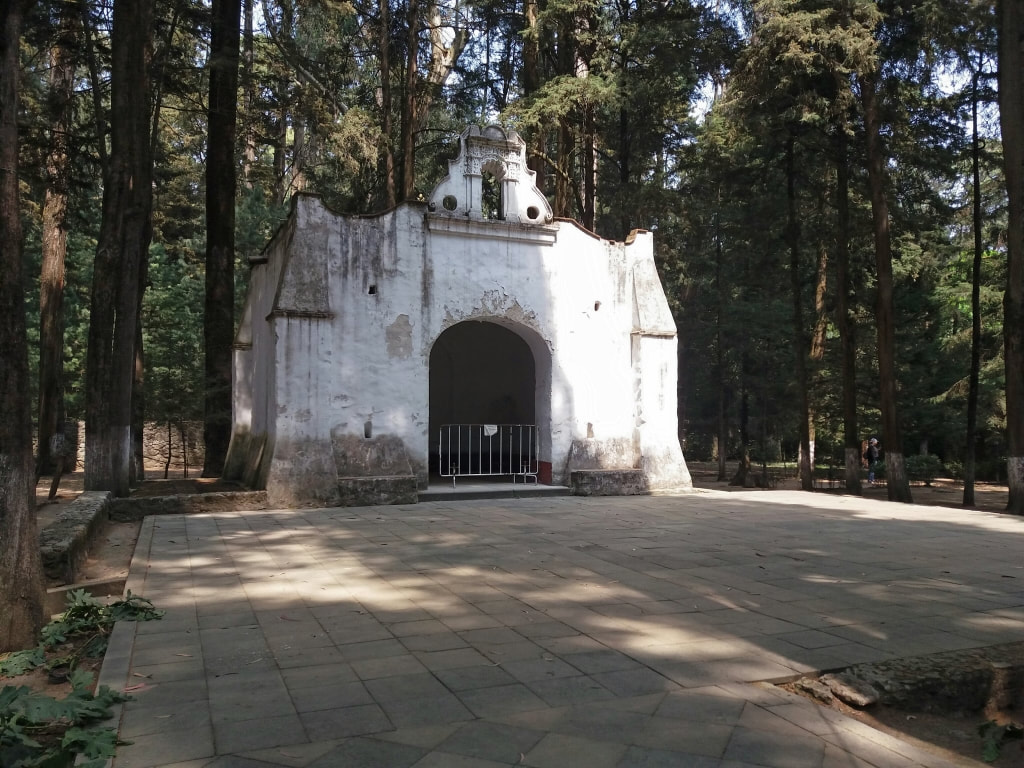 There are quite a few restaurants outside of the convent itself. We took a rather delicious Sopa Azteca and ​quesadillas: 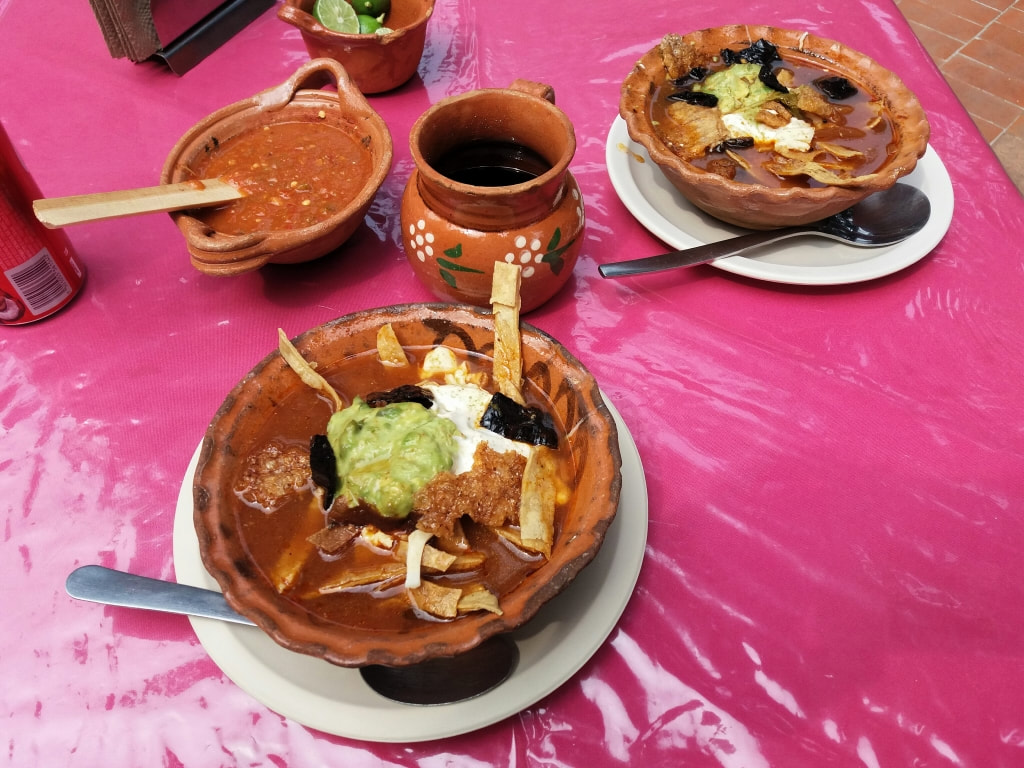 We returned the same way back to Santa Rosa and CDMX but we got off at San Angel and had a quick look around the cobbled streets and the churches in the rain: 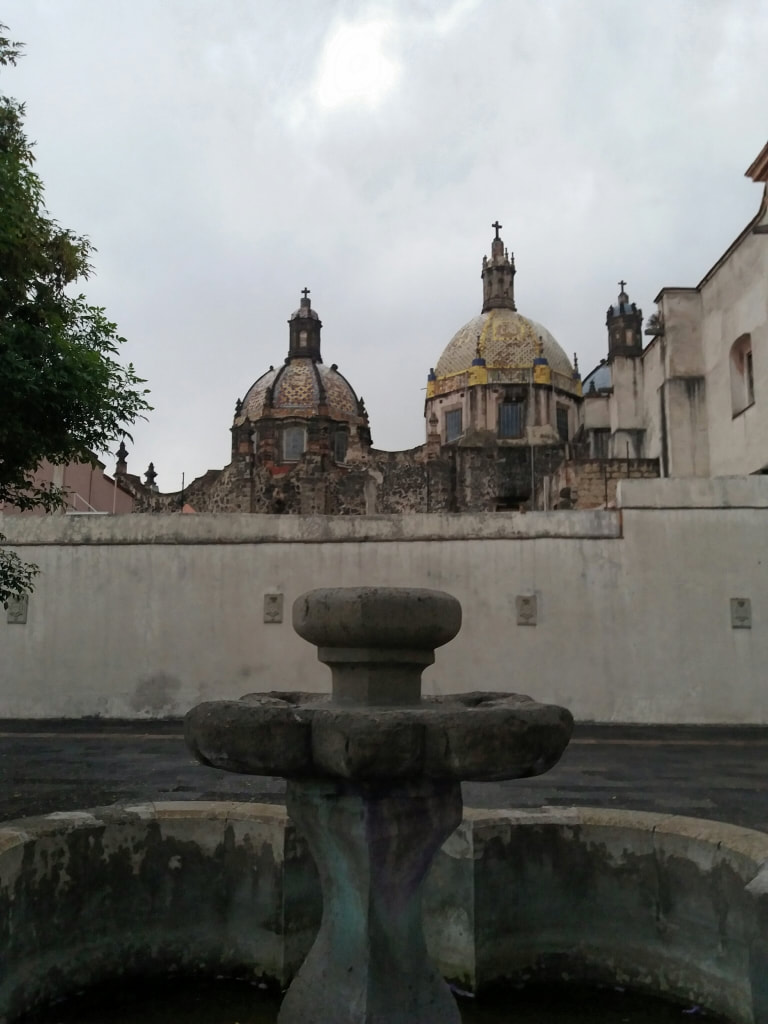