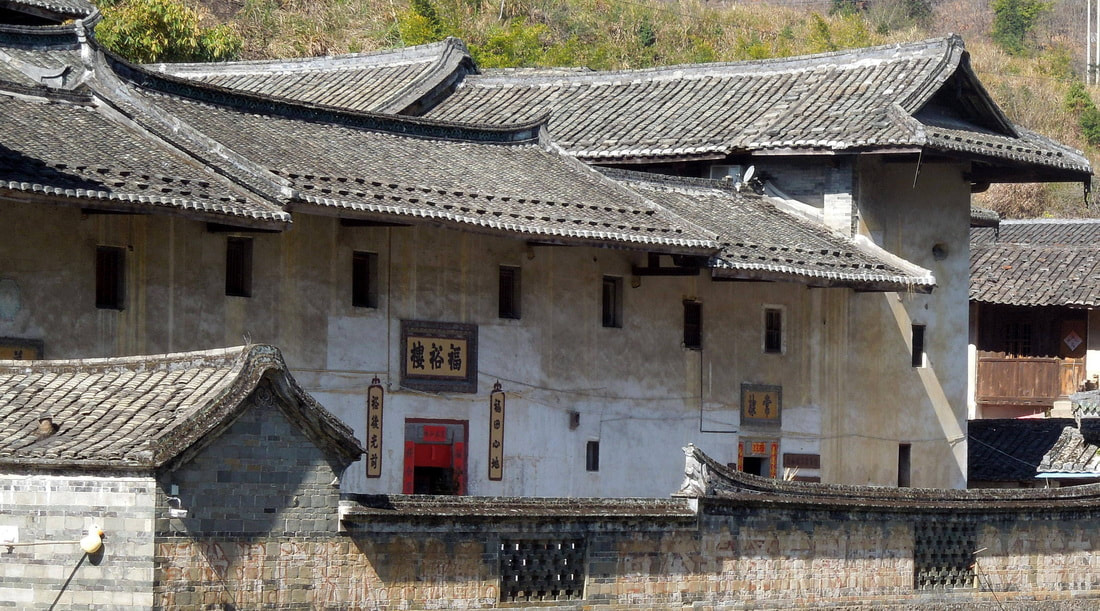 The Fuyu Lou, where I had a room.
​The Hakka people are believed to be a subgroup of Han Chinese that originated in Northern China and migrated south, as early as the Qin Dynasty (221-206BC) who speak the Hakka language. 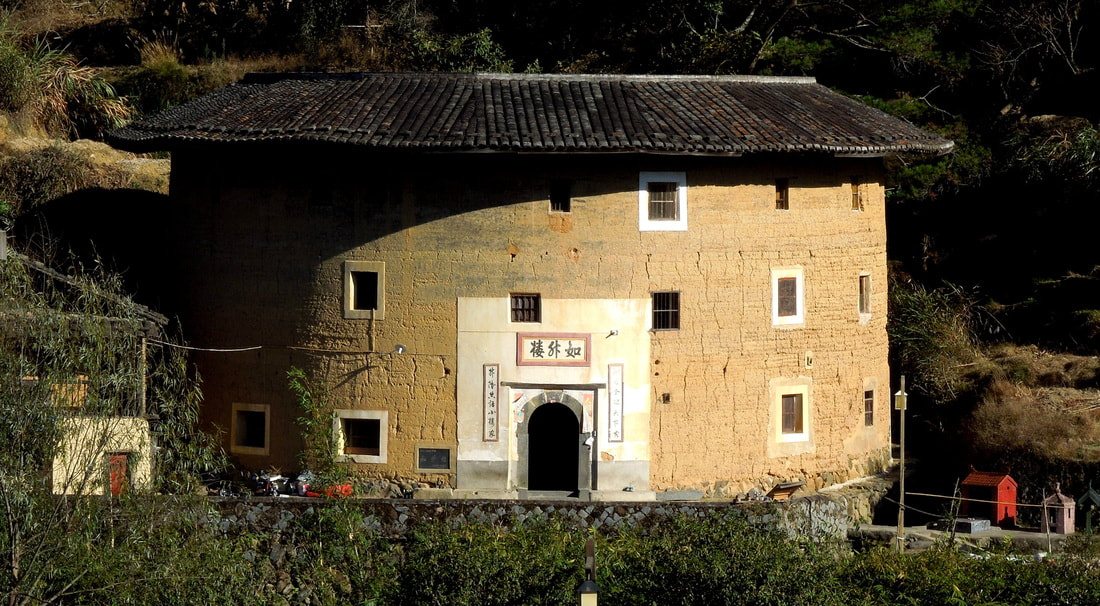 Tulou means Earth Dwelling. There are more than 20,000 Tulou scattered over South-East China, mostly in Fujian Province (the one next to Taiwan). 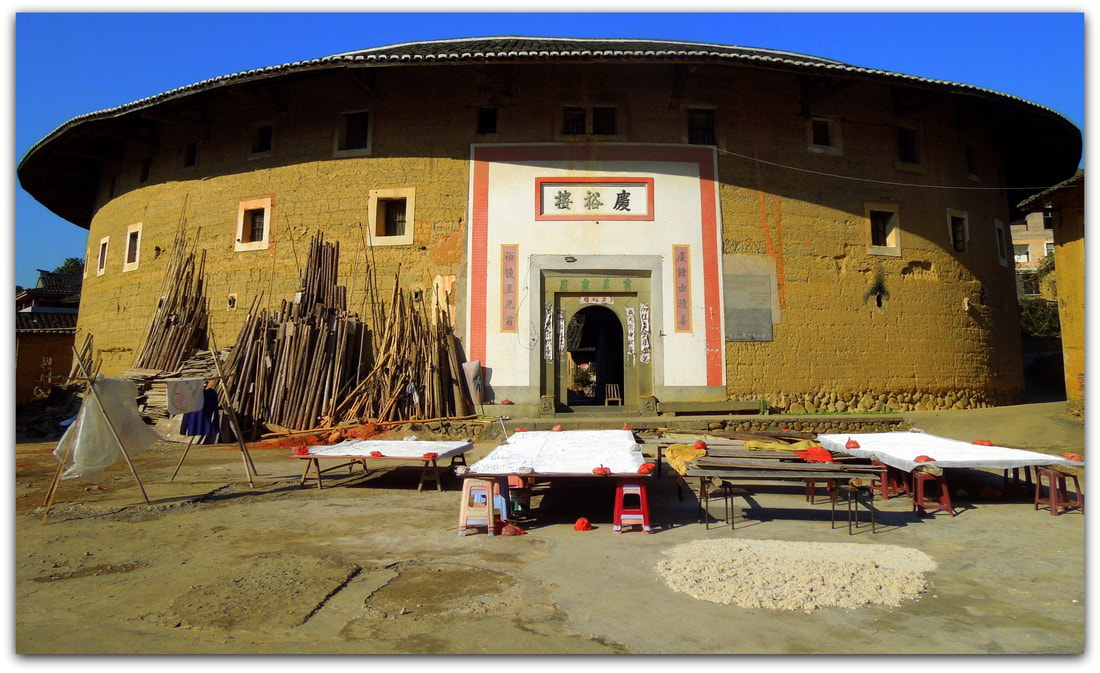 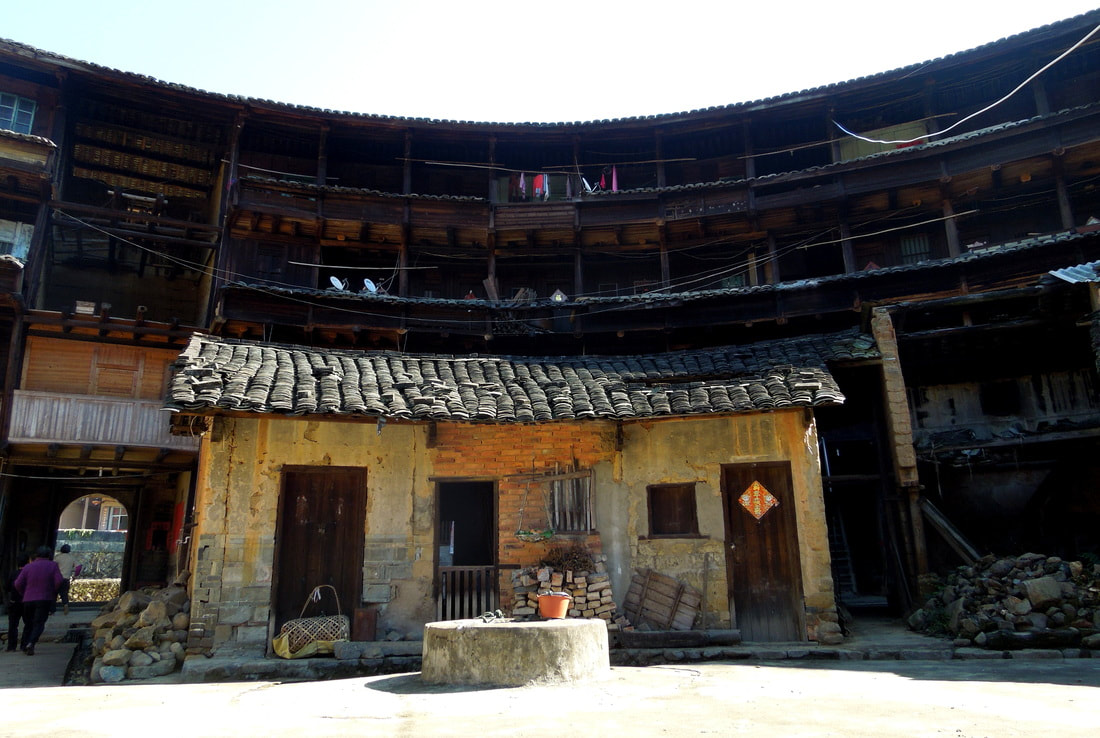 Ground-level courtyard inside one Tulou. 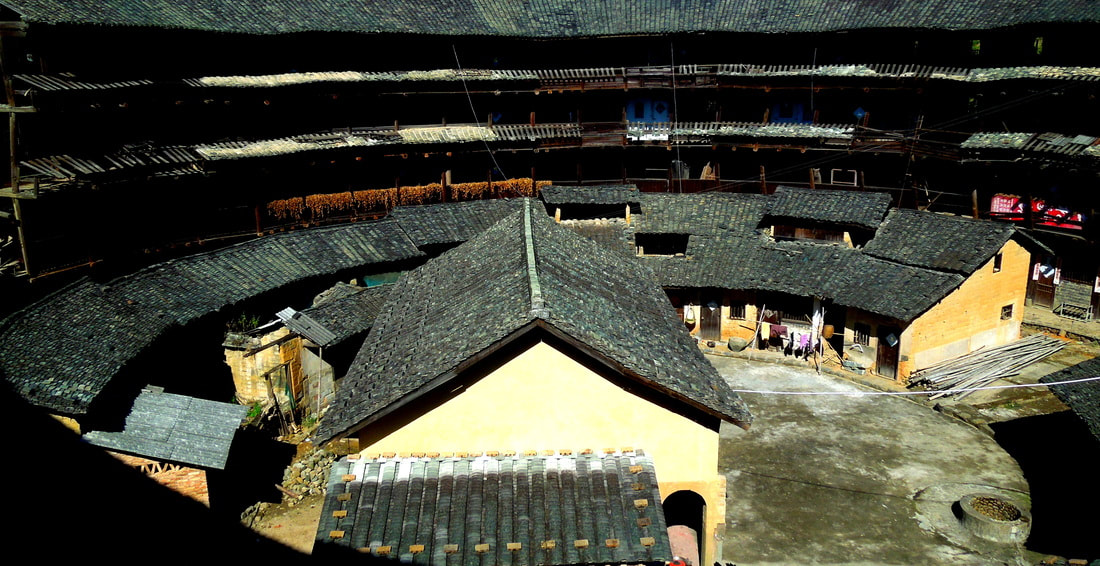 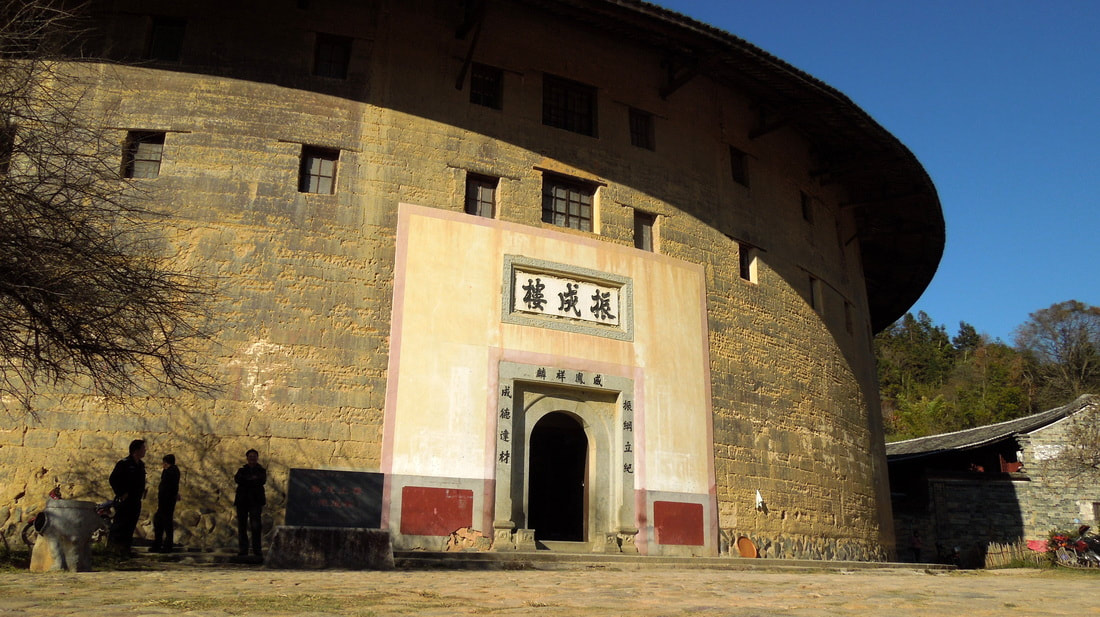 Zencheng Lou built, in 1912, the first year of the Republic of China. 2 concentric circles of internal buildings, more than 5000sq.m. The outer circle, 4 stories high with 2 halls and 44 rooms on each floor, is made of rammed raw earth, divided into 8 units partitioned by brick walls. Each unit has its own stairway and yard below. There are 222 rooms in total.

Looking down at the courtyard of Zencheng Lou: 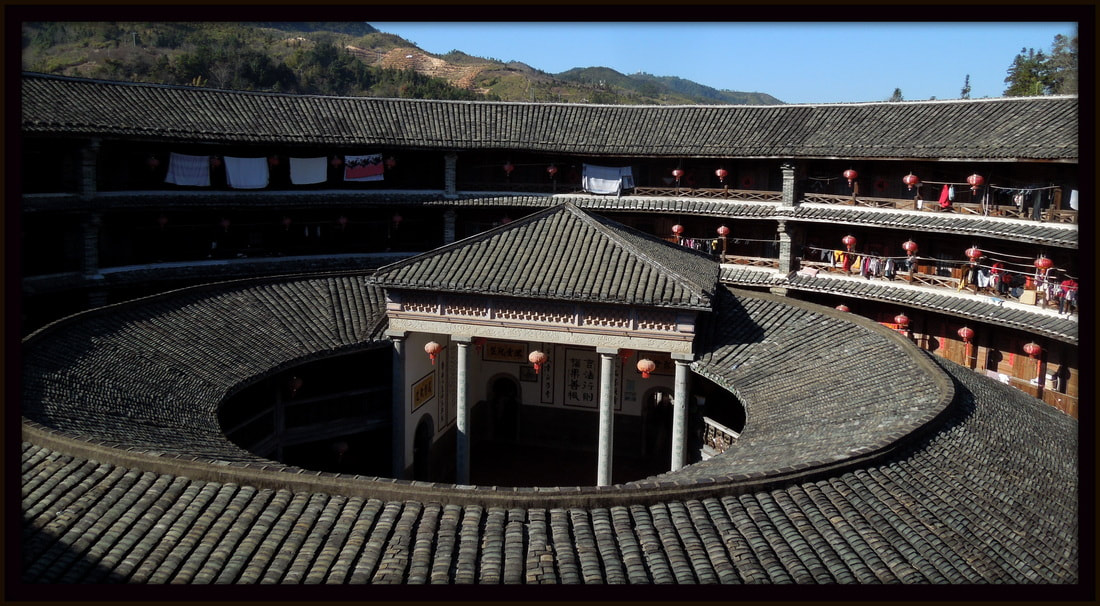 I spent 4 or 5 very mellow and chilled out days at the Fuyu Lou. Western New Years Eve was celebrated a bit early at 7 pm with a few fireworks being let off. With a small bottle of baijiu, I welcomed 2015 alone under heated blankets.
​
Travel Advisory:

As always, travel in China tends to be a complete nightmare but here's how I did it. And I don't speak Chinese.

I travelled by night train from Guangzhou to Yongding arriving at the ungodly hour of 04:40. I had planned to find a noodle shop and stay put until dawn but a guy was waiting for the train (just as well cos there was no noodle shop).

His family owned one of the few guest houses in Liulian, which is where I wanted to go to. So I got a ride to the village, around an hour away, was shown their cheapest room, 60RMB a night and got in under the covers and went to sleep.

This is the regular way to reach the Hakka Village:

The GPS coordinates marked GPS* refer to the location using the satellite option on google maps as opposed to the map option. (The map version is not synced to the satellite version).