How to Travel by Trolleybus in Mexico City

December 2, 2022 Tagged: Mexico, Travel Advice
The Trolleybuses are a cheap and eco-friendly way to get around in Mexico City. I rode linea #2 purely for the purpose of bringing you this blog post. 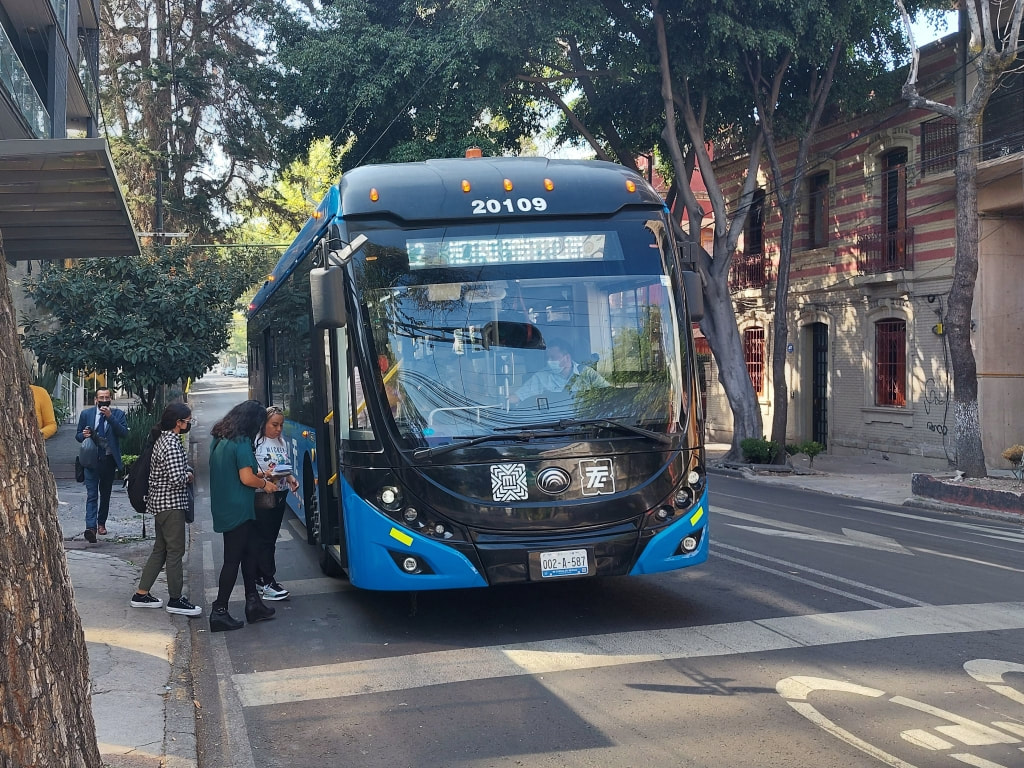 Today December 2, 2022, I rode Trolleybus line #2 from the stop on the corner of Queretaro/Merida (see header photo) to the last stop near the Metro Chalpultepec on Calle Tampico.

Two photos of the line #2 trolleybus going the other way on San Luis Potosi: 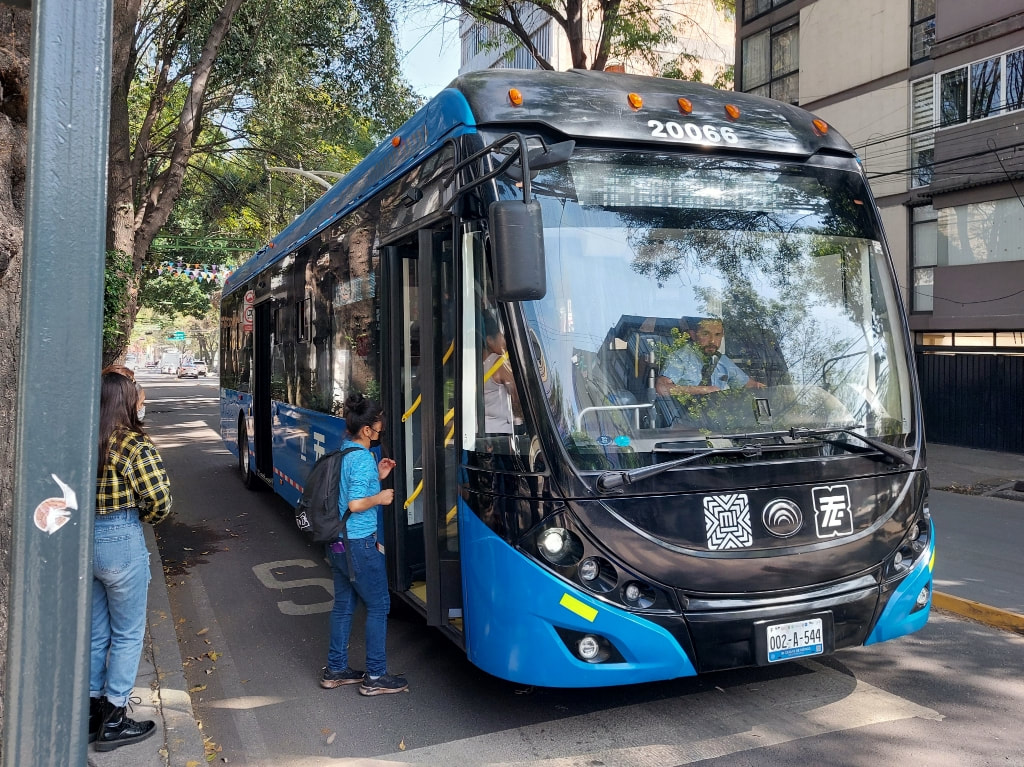 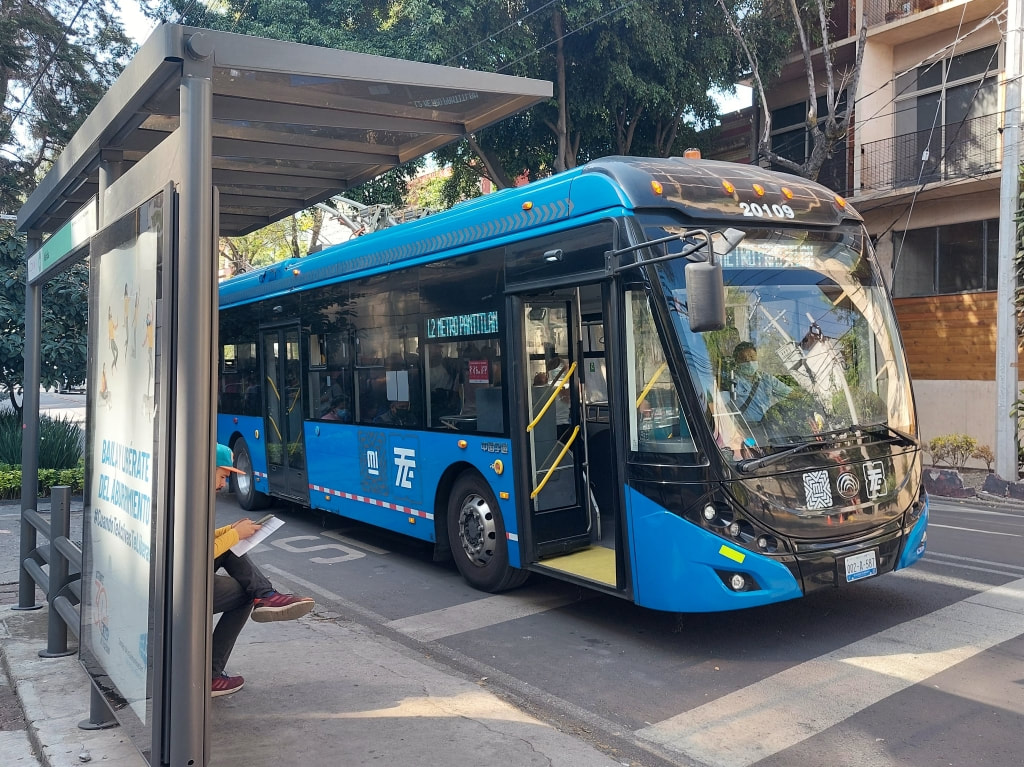 Despite have spent a long time in CDMX it was my first time to ride the trolleybus.

​There are currently 10 lines covering more than 200 km. Here is a map of the Trolleybus network in Mexico City: 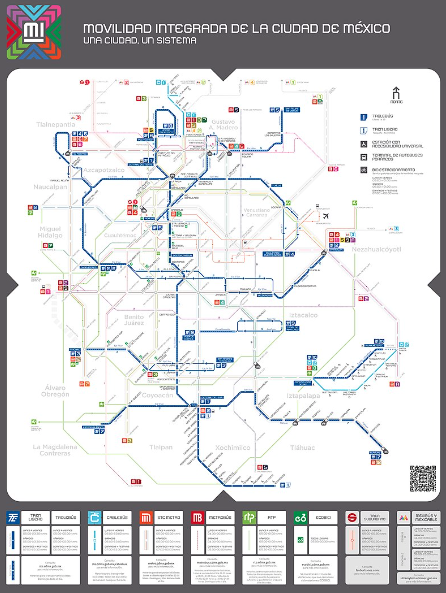 The Trolleybuses are operated by Servicio de Transportes Eléctricos de la Ciudad de México (STE) who are also responsible for the Tren Ligero which runs from Tasqueña to Xochimilco and is best used to get to the Estadio Azteca.

How efficient are the Trolleybuses in Mexico City:

They run from 5 am to midnight and have their own dedicated bus lanes and the biggest point for me is that each stop is situated directly before the traffic lights so that picking up and dropping off passengers coincides with waiting for other traffic which is the major downside of the 'relatively efficient' Metrobus, whereby buses stop for passengers, moves 20 meters and then waits 'again' for the traffic lights to turn green.

They run off 600V DC parallel overhead power lines which is a great thing in helping reduce the horrible pollution here in Mexico City.

Image showing the overhead pick up: 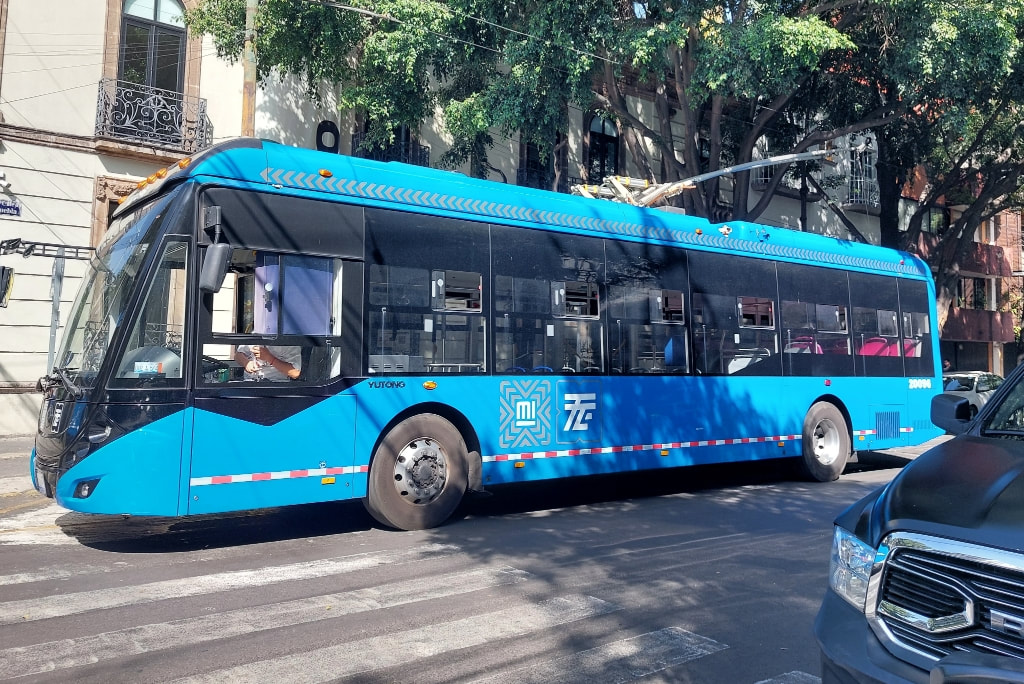 Line 1 is probably the most suitable for travellers and tourists as it connects the Northern Bus Terminal (for Teotihuacan) and the Southern Bus Station (for Tepoztlan) and runs through the central area, a few blocks west of the Zocalo.

Depending on where you are, it can be a great way to connect to the Mexico City Metro network.

​Riding the Trolleybus in CDMX: 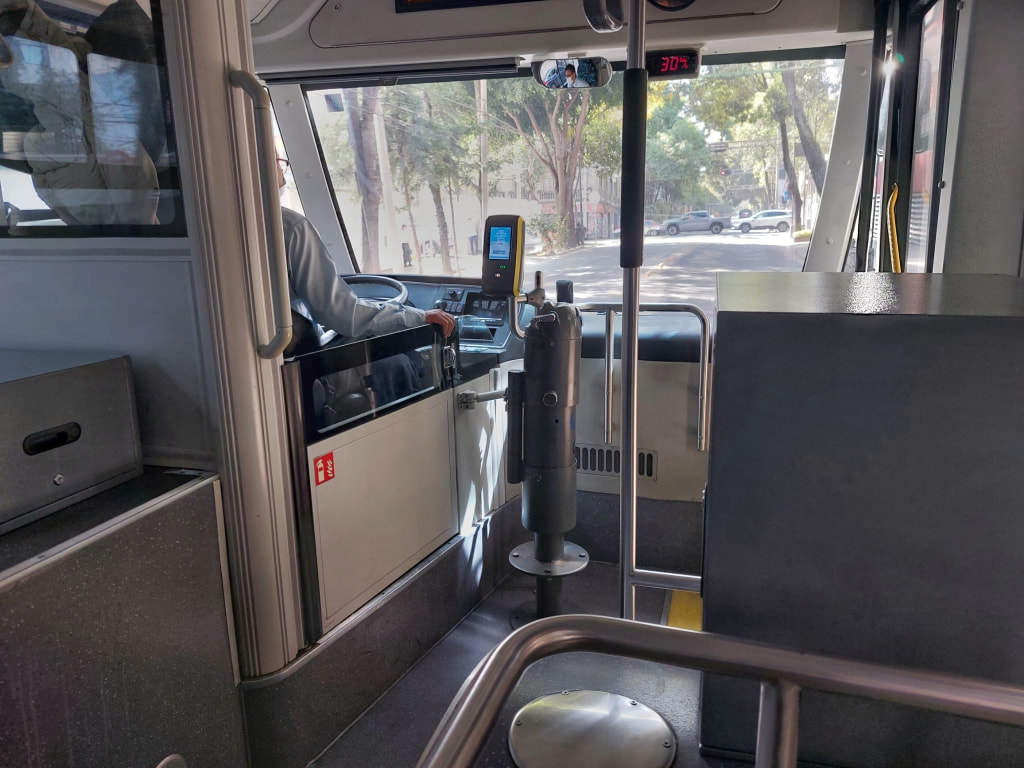 How much does it cost to ride the Trolleybus in CDMX?

You can pay using your pre loaded MetroCard, you swipe your card on entering the bus, or with coins. Just remember, you need the exact money. The drivers do not carry change. Put the coins in the little slot: 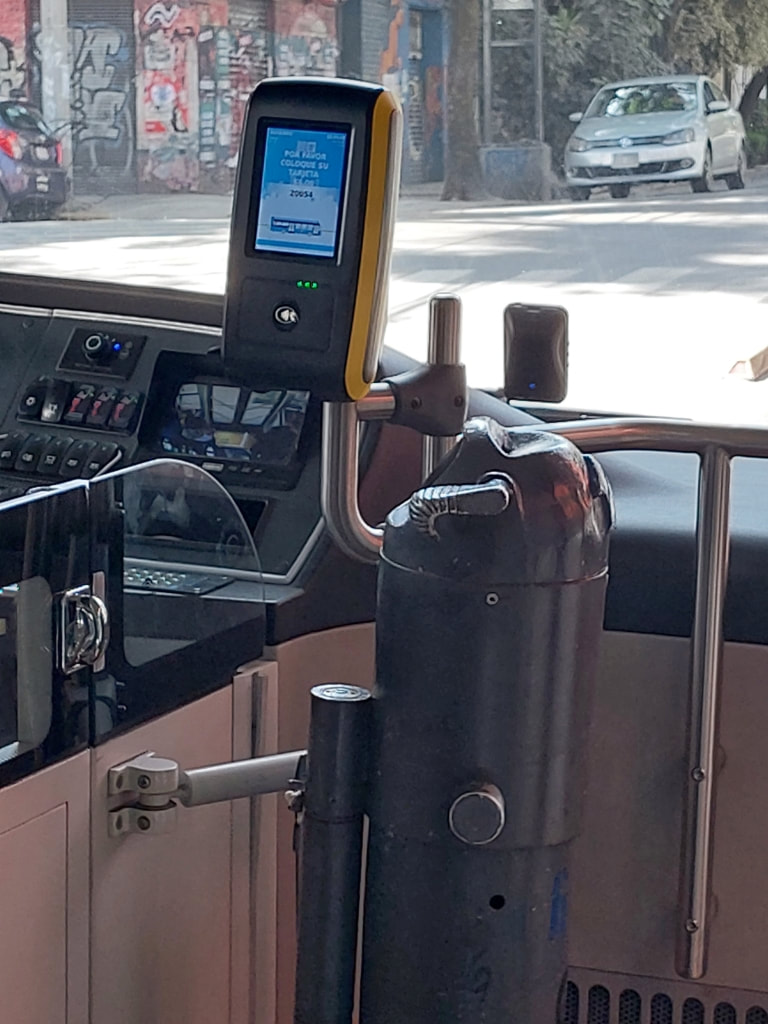 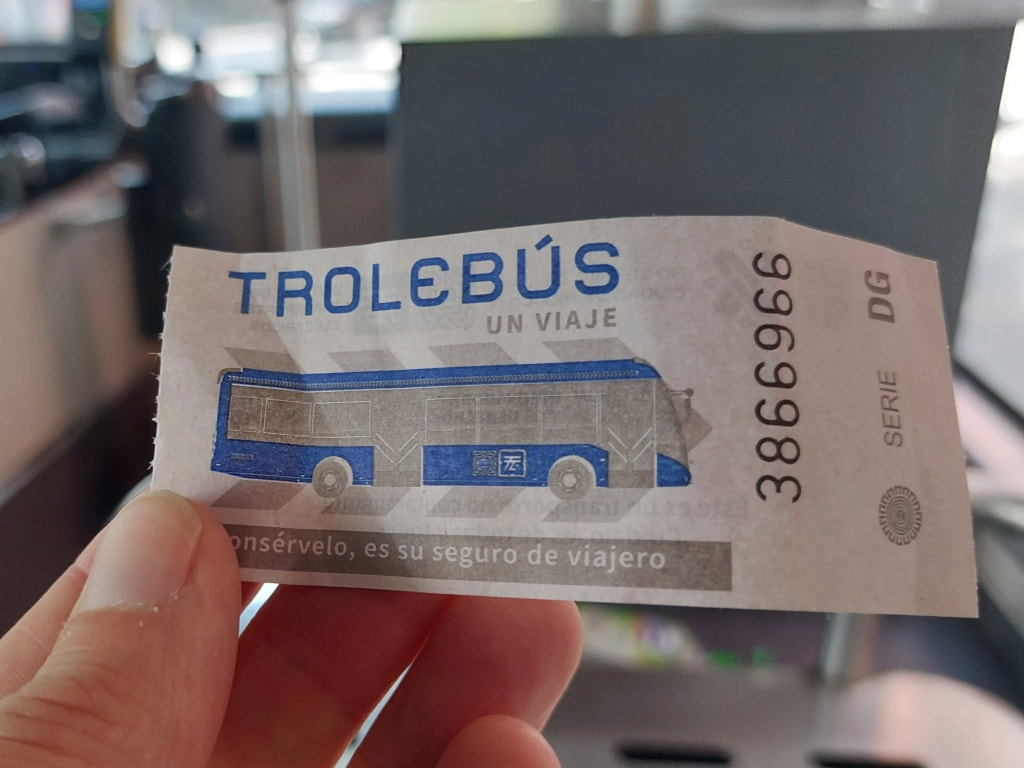 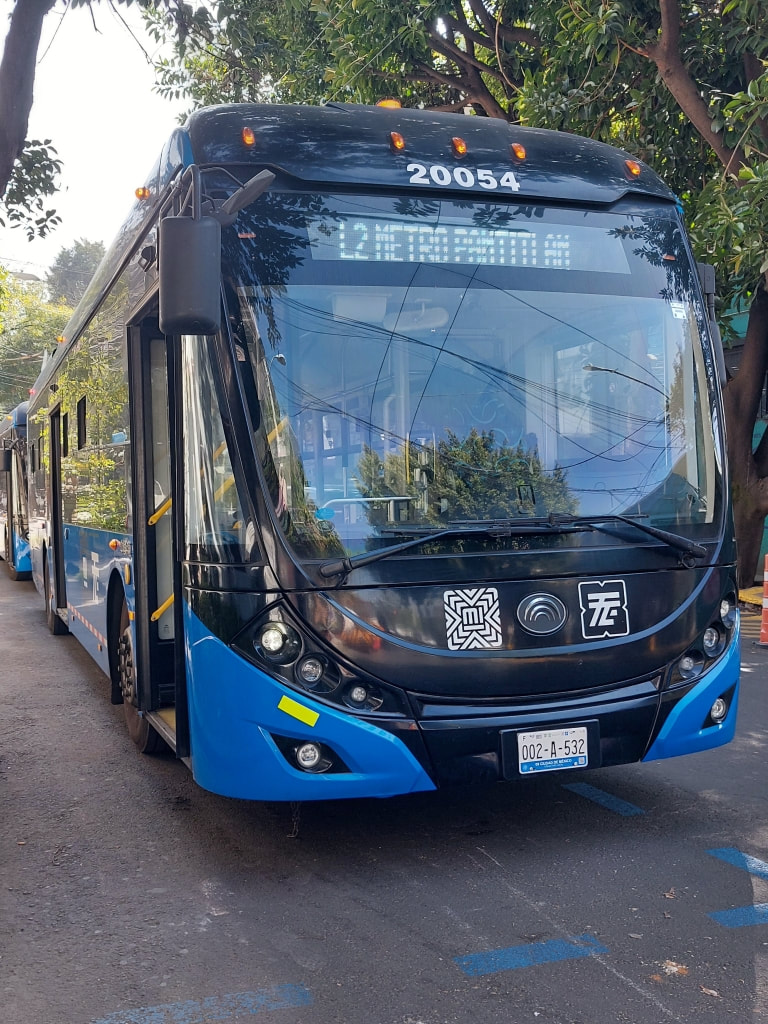 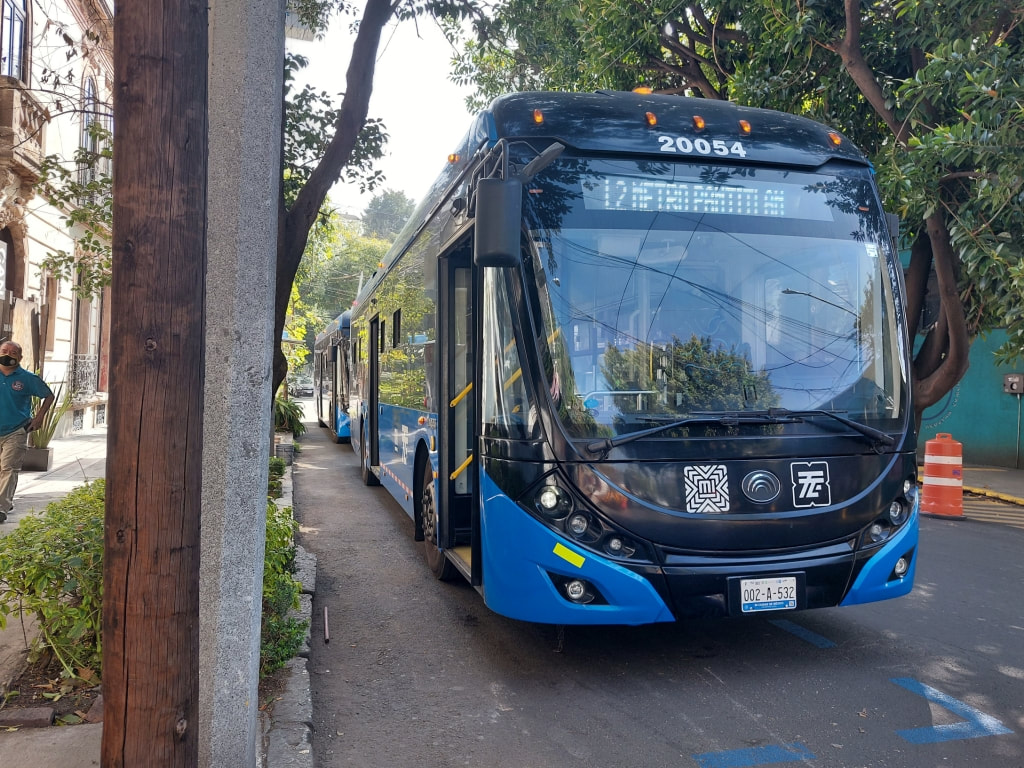 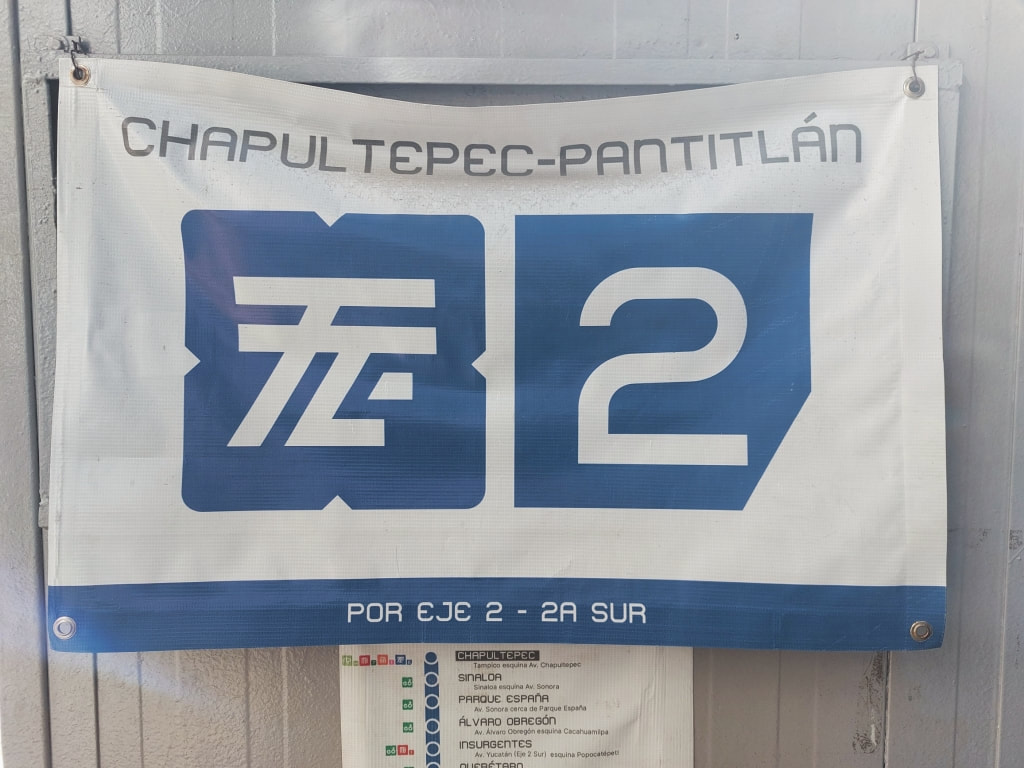