How we used to travel in the days before smartphones

Connect on Twitter
​​​Reminiscing on how life was as a backpacker in the days before the smartphone. 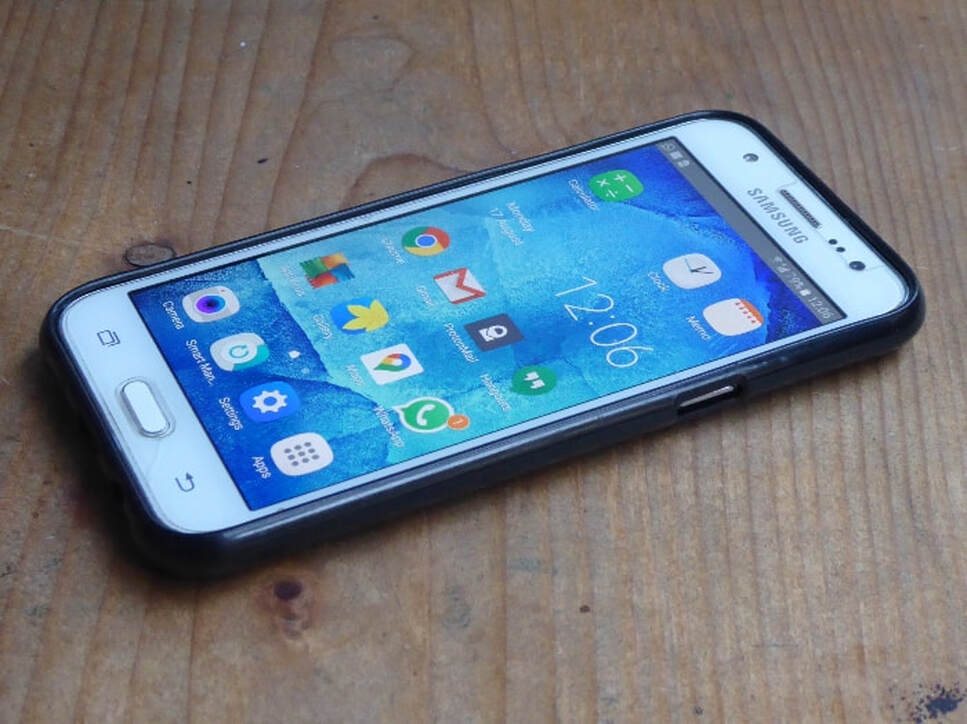 ​​​I say 'smartphones' but am essentially referring to all electronic devices that nowadays we don't leave home without when going travelling since the smartphone is our camera and through a multitude of apps, our map, our guide book, our way of communicating with people, our own cinema, our radio. Hell, you can even use it to call people.

​What an ingenious invention!

But back in the day, we used to travel without such a device. And you know what? Life functioned pretty much ok. Amazing eh!
​
​This post is a recollection of my modus operandi mostly from my travels as a backpacker in 1992/93 and 1997/98 but snippets from later trips too.
​
Timeline of acquiring electronic devices:

​​
For my first trip to Australia and on to Canada and back to England, my second trip to Australia and New Zealand and a multitude of other trips, air tickets were sourced using Trailfinders. You had a plan in mind, and then you made the call. The agent found the best deal for you and a few days later you got the tickets in the post.

We used traveller cheques. For that first trip, I'd gotten a couple of thousand Aussie dollars from the local Thomas Cook branch and I recall being able to cash them anywhere in Australia. You could go to the local supermarket, buy a 20 cent bar of chocolate and pay with a 100$ traveller cheque and get the change in local money. Easy and secure.

If the cheques were stolen or mislaid, as happened to me once, you called the toll free number and speak to a girl in Peterborough, England and she would say tell me that the cheque had been cashed at a certain store on such and such a date. Then we'd talk about the weather as we are wont to do.

Lonely Planet guide books. Your Lonely Planet was your best friend. It was known as The Bible. But I never acquired my first one until 1998. A post-it on a door at Auckland Backpackers in New Zealand informed me that one of the occupants of room 203 had a battered and bruised copy for sale.

For my 1992 trip, I bought a Travel Guide from my local book store. It gave basic information, but for anything detailed, it was pretty useless. I recall sending it home with a load of surplus clothing at quite an expense when what I should have done was taken it all to the local Sally Army store.

So having found a Backpackers in the Bulmer district of Perth, Western Australia, I learned the ropes of backpacking.

Australia produced a monthly backpacker magazine which all hostels had a pile off. It listed all towns in the relevant state and it listed the hostels. It was funded by ads from adventure companies and tour operators.

All hostels used to have a display shelf full of flyers for hostels throughout the country. And they'd have a small map on them so you could find the place but back then the hostels used to all have someone who would come and meet the buses.

Hostel owners could call ahead if you wanted to reserve a bed. None of this booking dot com malarkey.

The YHA had their own hostels and I had a YHA Australia book, which listed all the hostels, again each one with a convenient little map and a phone number if you wanted to call.

Back then there were 3 long-distance bus companies. Greyhound, Bus Australia and another whose name I cannot recall. I walked into the Bus Australia office in Perth and bought a 10,000km bus pass. The trip's distance was simply subtracted from your running total. The buses always left from outside the offices, which were always located in a fairly central location.

Recommendations of places to go to and where to stay were through word of mouth. There was no Wikitravel eh! Nor blogs about the 8 places in Australia that you simply must visit before you died.

I met Rietha, my first travel gf in a hostel in Hobart Tasmania. She had toured New Zealand with her sister Siepe in a VW Combi. She wrote out 4 pages of places to see and hostels to stay in.

In the absence of Google Maps and Maps Me, hostels always had local maps of the city, sourced from the tourist office and any 'great hikes' were very often drawn by hand in the hostel's 'Guest Book'.

Hostels offered tours to go whale watching, ballooning, sky diving, paragliding. They'd be a few companies in each town and the hostels acted as agents for their favourite company. So you'd sign up. They called the tour company on an old fashioned landline and the minivan would go round the hostels picking up a few backpackers from each hostel each morning.

Communicating with family. You simply went to the store and bought a 10$ phone card and went to the phone box and tapped out the number. There always used to be a 5-second delay on the messages so to save confusing my mom and dad, I'd say, 'over' as a cue for them to answer me. Not much difference from how Skype is these days since Microsoft took over.

To receive mail or parcels your family would address letters and packages as so:

and you'd go to the main post office in town to see if loved ones had sent you anything. If you needed to move on, you'd set up a mail forwarding request for your next port of call.

I used to write a diary back then. Every time I sat in a cafe or was waiting for a bus, I'd whip out my diary and start scribbling. I was an avid postcard writer too. I used to average around 10 postcards a week.

Consider how much time we kill these days scrolling through all the bullshit on Facebook or Twitter or whatever SM that floats your boat. I killed time by writing my diary and writing postcards. And also instead of talking to your mates back home, we used to talk to real people, like the people right next to you. And I am still pretty much old school in this respect.

I don't ever recall finding 'meeting up with people' an issue. I remember getting calls in a hostel in Thredbo from Rietha who at that time was still back in Tasmania. If you wanted to meet, you committed to meet up and you kept it. It was quite a loose arrangement in that you'd say that you would be at such and such hostel by the 10th for example, and say, 'ok, see you there'. There was none of this 'oh, something at work cropped up', which actually means that they had received a better offer from someone infinitely sexier.

My first time in Tassie, I had an arrangement to meet Rhondda, the delightful lady who cleaned the Backpackers Barn Hostel in Devonport, after going trekking.

One morning, I had gone to the supermarket and bought some fruit cake, and being the smooth operator that I was back then, invited her to join me for tea and cake in the hostel kitchen after she had finished her duties. She was a special needs teacher, earning a few extra bucks as a cleaner. She said that if I needed her to look after my stuff that I didn't need to take to Cradle Mountain, she'd store it at her place to which I agreed and said that I'd be coming back on the bus that got back into town at 5 pm. She would bring my stuff back then and take me to her family home for a BBQ as it was her dad's birthday. That's how it was back then.

In 1998, somewhere in New Zealand, I created a Hotmail account. It was pretty useless as I didn't know anyone with an email account to whom to write to.

In 2000 I headed off to Southeast Asia. I still sent postcards. I still wrote my diary. And I wrote and heard from my mum and dad via emails picked up in the local internet cafe.

I used the Lonely Planet guide book. I started off with a Vietnam one. I picked up a copied Thailand one at a bookstore in HCMC. I picked up a Malaysia one somewhere along the way, the same for Indonesia. I was only using the internet to communicate with mum and dad.

In 1997 I acquired a digital camera. And once that happened I need a device to access those photos. I bought a Samsung R100. It weighed a ton but since I was living and working in Switzerland, I didn't make any long haul trips, I still travelled old style. Sending postcards, diary writing, using locally sourced maps and going to the internet cafe once a week.

My next long haul trip was in 2010. I used the computers in hostels to upload photos to Facebook and send messages to friends.

In 2012 I took off for West Africa with my new Asus laptop. Life was changing. I bought Lonely Planet PDFs. I downloaded books on Kindle but if there was ever a chance to simply hold and read a real book, I'd jump at the chance.

That same laptop went with me on my next trip, across Russia on a trip that lasted 1423 days but it got ditched in Hong Kong as I upgraded to a Samsung Tablet.

I only got my first smartphone in 2016. I had at that point been in about 85 countries. I certainly didn't feel the need that I must have one. I got it to replace my scratched camera.

And now, I still have that 2016 smartphone and I still do not use a locally sourced sim card.

The smartphone to me is simply a small internet device and a backup camera. I use WIFI in the hostels.

Yes, I have a UK sim. These days it's essential. To log in to PayPal, bank accounts and the like, you need to be able to receive verification codes. This was an issue in Mali and most of the time in Kenya where I had trouble getting a fix.

Back in the day when there was no YouTube, I used to go to the local cinema. I watched Young Einstein and Fortress at a cinema in Devonport. I even went twice to a cinema in Cairo when they had English screenings. Bars in Southeast Asia used to run movies from old VHS and later from VCDs. I used to listen to music quite a lot and for this, I had a tiny radio that ran on 2 AAA batteries.

Other travellers are amazed that I don't have a local sim. They will say:

'You need to get a sim'
'Why?'
'In case you need to call someone'
'I never need to call someone'. They look at me as if I am an alien.
'What happens if your family need to call you?'
'I am X number of miles away and asking me to come to their aid, will be a pointless exercise. It will be at best, 2 days before I can get to my dad's side by which time he'll most likely no longer need my help. If my dad needs 'help' my sister is 3 miles away and if he needs 'urgent help', he would be better to call 999'.
​