​​Connect on Twitter
Continuing my 2016 journey down the Swahili coast from Lamu to Mtwapa. In my previous post, I detailed the travels from Mombasa and my short stay on Lamu.

I had to re retrace my steps all the way back down the Garsen - Lamu road and continued onto Malindi.

Malindi, a place you've probably never heard off. On his voyage to India (Colicot and Goa), Vasco de Gama wasn't well-received in Mombasa, so he kept going and stepped ashore here in 1498. A concrete pillar erected at the spot he made landfall, which the Kenyan government thinks it's OK to charge non-Kenyans 5 bucks to get up close to. Luckily for me, you can see it well enough from the beach.

Ancient ruins dot the Swahili coastline. Gede, Mnarani, nr. Kilifi and Jamba La Mtwana, nr Mtwapa. All sites date from the 14th or 15th Centuries and were abandoned in the 17th or 18th Centuries after attacks from the Somalian Gallas.
​
15km out of Malindi is the ancient village of Gede 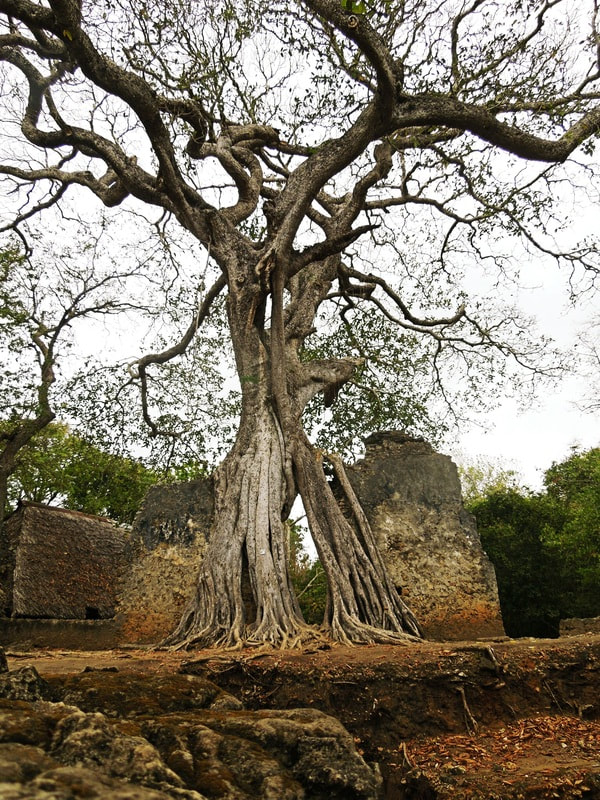 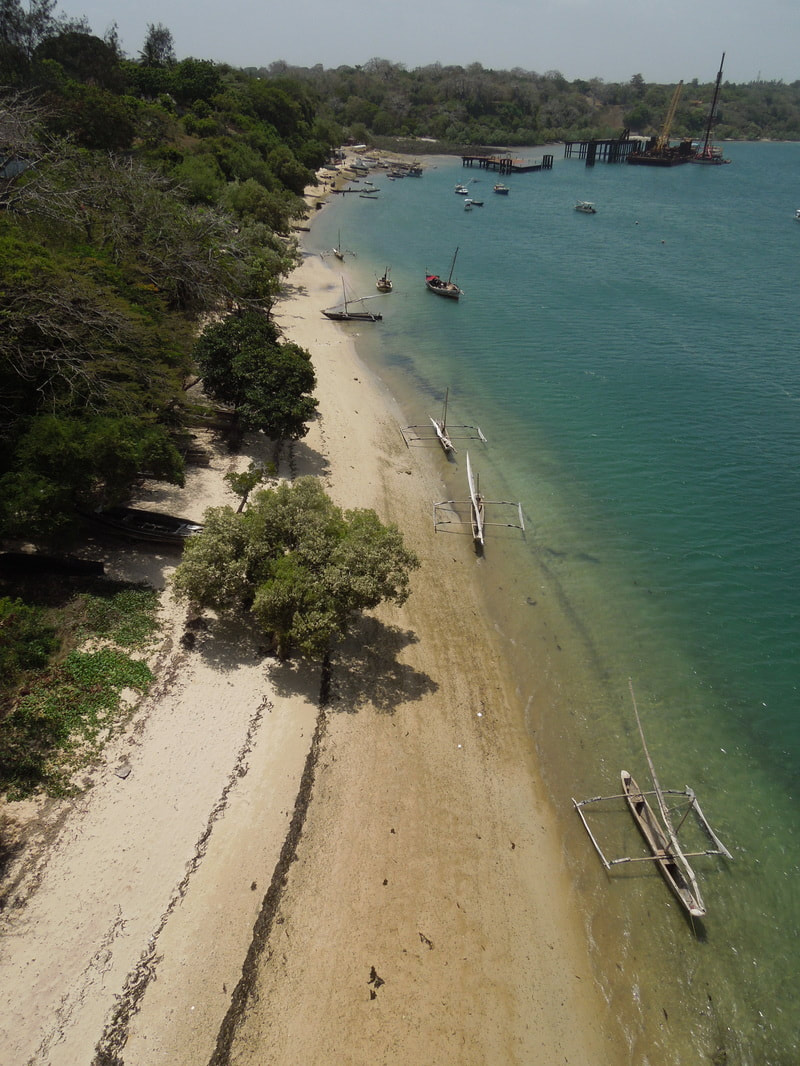 ​Crossing Kilifi Creek en route to Mnarani ruins. If you zoom in you can spot a boat shed at the top of the image where I drank tea heavily laced with ginger, with an old fisherman.
​A 900-year-old Baobab tree amid the ruins of Mnarani. It is still used today as a place of worship. The skull of an animal placed to ward off the spirits. 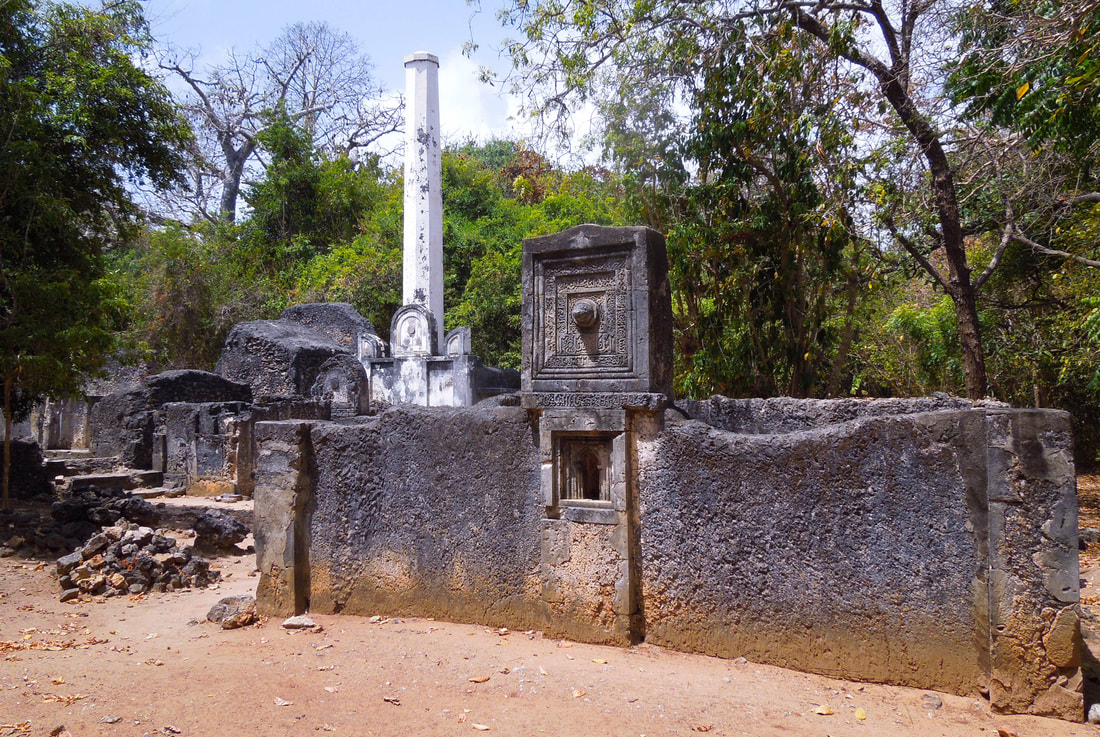 ​The main mosque at Mnarani with the PILLAR TOMB behind which the iman is buried and the tomb, centre of the image, for the 3 soldiers who guarded the mosque, with their names inscribed in Arabic. 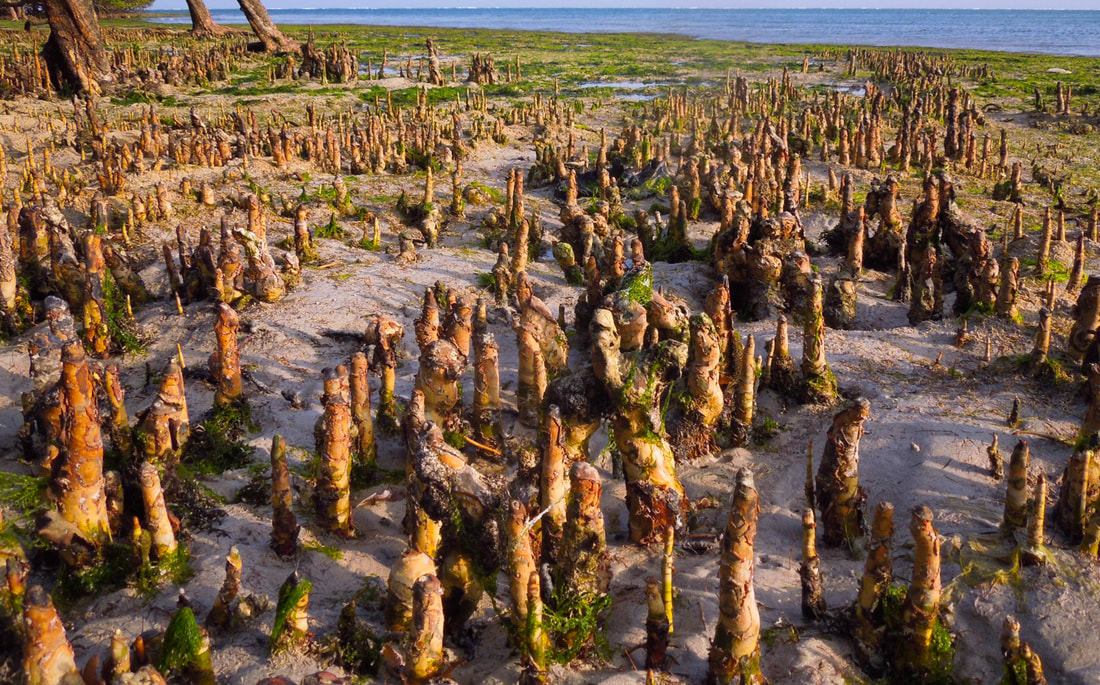 Above and below, beach at Mtwapa 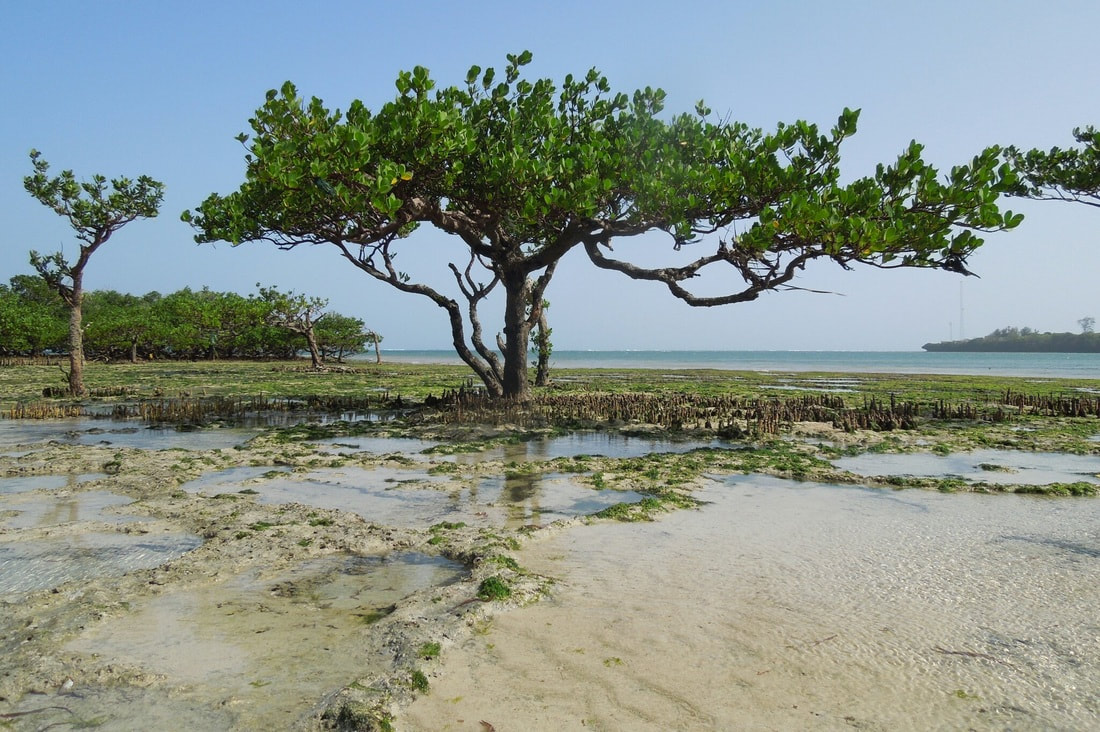 I spent more than 2 weeks in Mtwapa, staying at a since-closed beach hostel. Hanging out with a local lass.

But the road was calling me. I had to continue my journey so I said a sad good-bye and hit the road. It's the only life I know.
This post has been rewritten for Nomadic Backpacker and is based on my travels in Africa in 2015/2016