Here are the Top 3 Favourite Countries of Jane Spurin who blogs at Janes Midlife Journey. 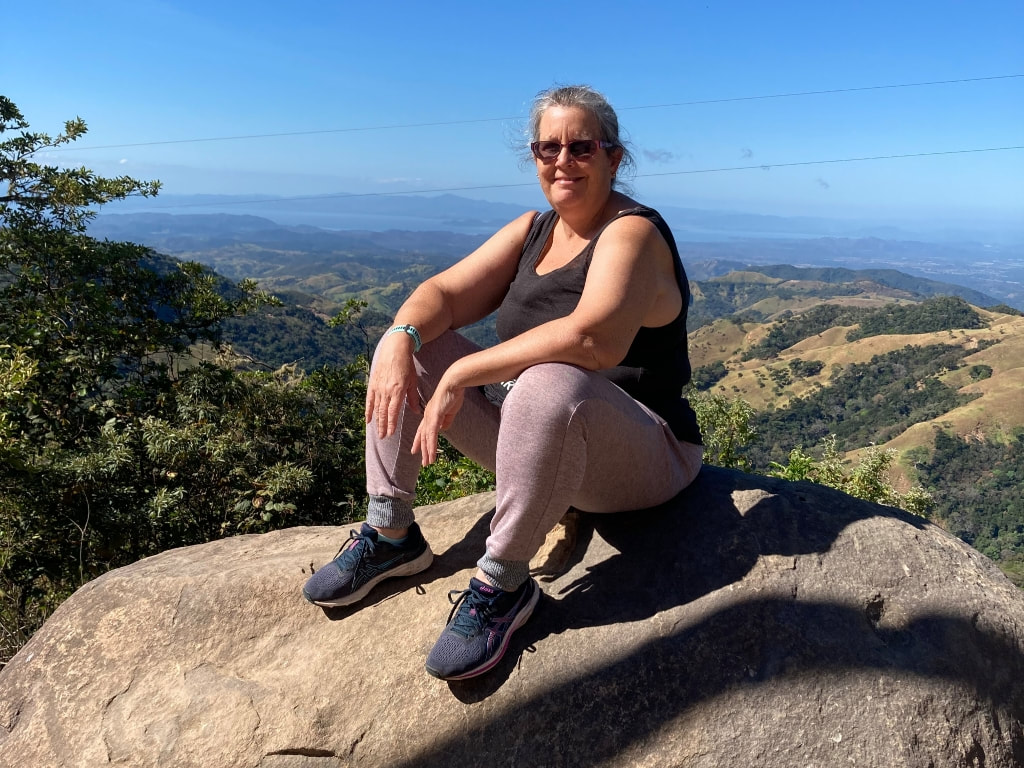 I caught the travel bug at 17. I was on a school trip to West Germany and we were taken on a coach trip to see the border with the East. I had been led to believe that behind the Iron Curtain was hell on earth. We stopped opposite a small cottage. A woman was tending flowers in her beautiful garden. She looked up, smiled and waved, and went back to her roses. It was then that it dawned on me: I need to see the world for myself!

We are about to depart for Morocco, which will be country number 72. I have loved (nearly) all of my travels for one reason or another, but here are three of my favourites.

To be honest, I'd never even heard of Benin until we went to live in Nigeria in the 90s. From the start, I had a love/hate relationship with Nigeria. My (now) husband decided a weekend in neighbouring Benin would be a great idea, and so we set off, in a borrowed Land Rover, with none of the necessary documentation.

The drive along the palm-lined Atlantic coast was spectacular. As was the length of the queue when we reached the border. We parked up and got into line behind the British Deputy High Commissioner, armed with an array of documentation for himself and his vehicle. He looked at us smugly, standing there with just our passports, and wished us luck.

My husband returned to the official, produced a 50 Naira note and announced that the chassis number was the same as the serial number on the banknote. The official pronounced this a miracle, pocketed the money and we were on our way.

Some considerable time later, we were sitting by the pool, overlooking the ocean, sipping a cold beer, when the Deputy High Commissioner finally appeared, looking a lot less smug and decidedly sweatier. There's a time for doing things by the book. Benin is not that time.

I fell in love with Benin the moment we crossed over the border in our miraculous Land Rover. It has all the vibrancy of West Africa but is much more laid back than its neighbours.

The fact that it was a French colony has left a mark on its cuisine. The smell of freshly baked bread wafts across the streets of Cotonou. Add the fact that it's on the coast with abundant seafood and you're on to a winner. One of my favourite meals ever was shrimp in Pernod from a restaurant in Cotonou. Sounds weird - tastes amazing! 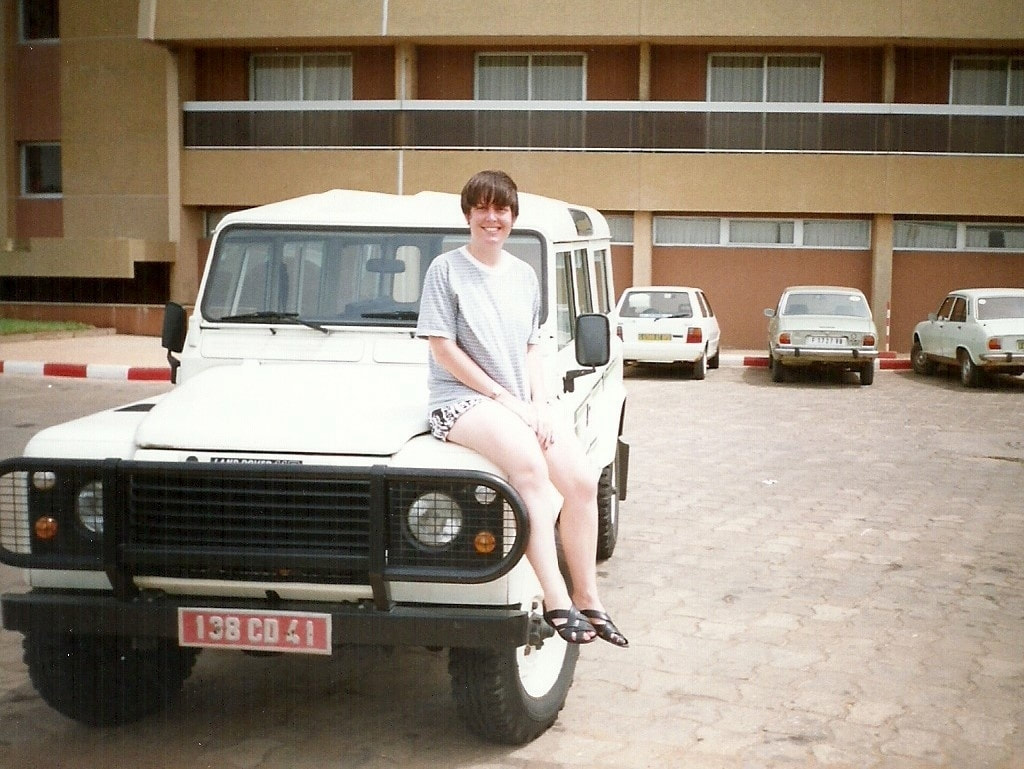 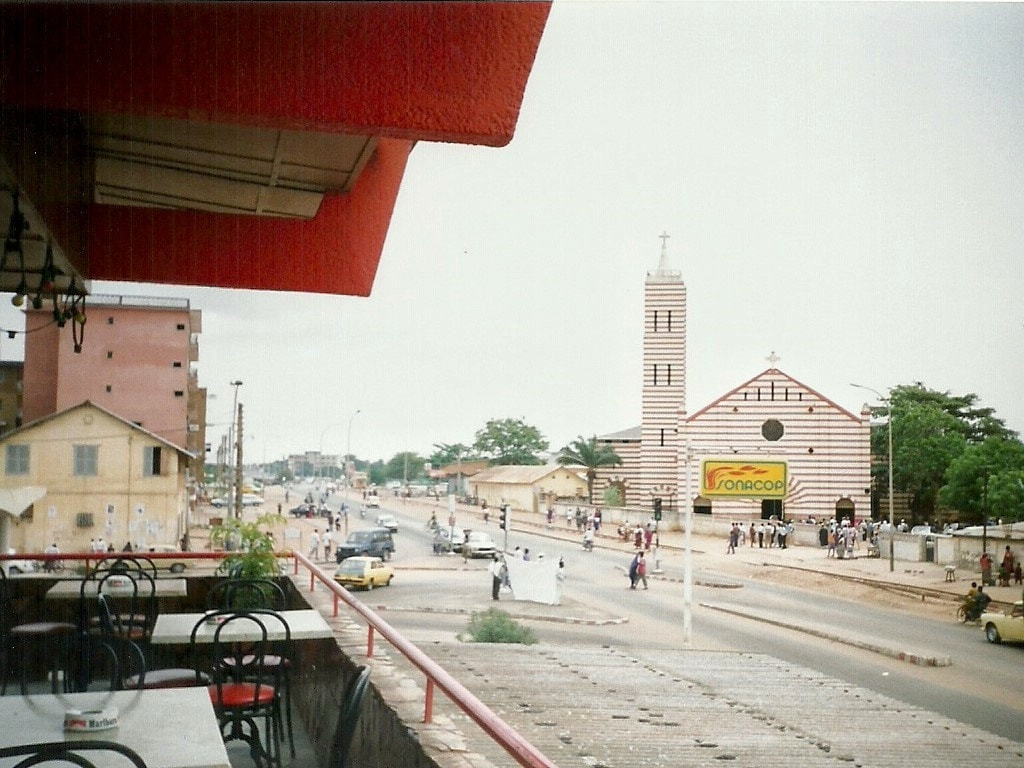 ​It sounds crazy to dig a hole through the middle of a country so you can pass through a continent rather than go around it. I can remember (a very long time ago) learning about the Panama Canal at school and being completely fascinated by this engineering masterpiece on the other side of the world.

Earlier this year, I thought I was finally going to see the Panama Canal with my own eyes and was unfeasibly excited. So, you can imagine how upset I was when, a few days beforehand, I contracted Covid and had to spend a week of our Central American trip holed up in a hotel room in Costa Rica. Luckily, most of our trip could be rearranged (and at no extra cost, except by the airline who fleeced up, but that's another story).

And so, a few days later than planned, we made it to Panama. The highlight of the trip was undoubtedly the canal, but there's lots more to Panama too. The old city of Panama Viejo is very picturesque, there is a variety of coastline and the interior boasts rain forests and volcanoes.

Anyway, back to the canal. We started by going to the Visitor Centre at Miraflores Lock, where you can go onto a viewing platform on the roof and watch the enormous ships passing through the locks. The scale of the whole operation is mind-blowing.

The next day was the main event; a partial navigation of the canal. We were taken by bus to around the halfway point and boarded a small passenger boat, which then sailed back to Panama City on the Pacific Coast, completely dwarfed by the gigantic container ships we were sharing the canal with. It took six hours in total and I can honestly say I enjoyed every minute of it.

We rounded our visit to Panama off with a few days on Bocas del Toro; a set of islands in the Caribbean. When you think of Caribbean islands, you probably think of Jamaica or one of the other more touristy islands, not Panama. But these less developed islands were just what the doctor ordered to kick back and relax while I got over the fatigue of Covid (Not literally - imagine if your doctor could actually prescribe a Caribbean island!).

Not only are the islands surrounded by beautiful beaches, but there's so much wildlife too. We spent ages in Costa Rica trying to spot sloths. In Bocas del Toro, there was one just hanging there in the garden of our accommodation. We ate meals on our patio overlooking the pool while howler monkeys played in the trees overhead. An actual island paradise. 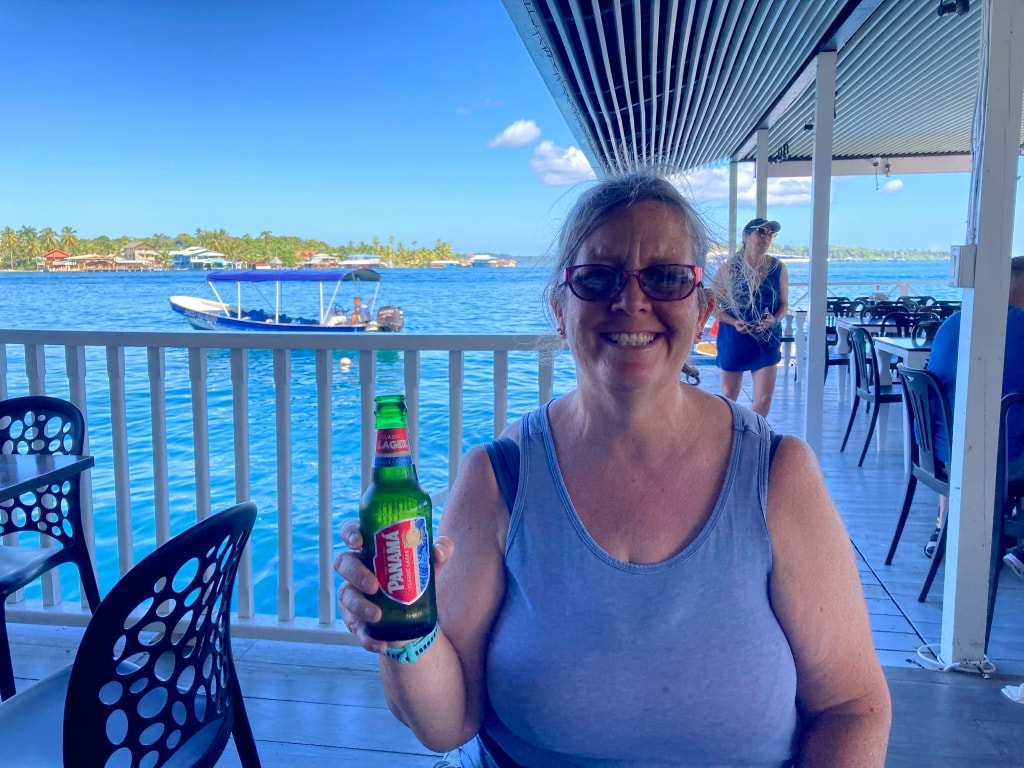 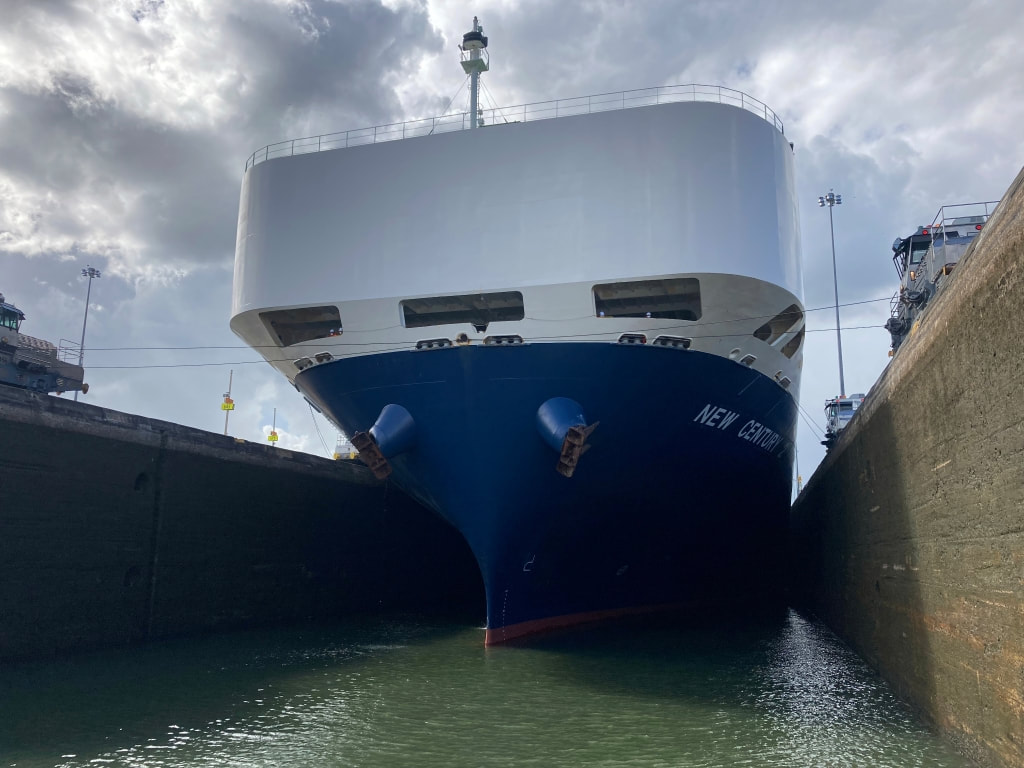 We stopped at Singapore on our flight home from New Zealand because there wasn't a direct flight and we had to stop somewhere. I hadn't expected to fall in love with the place.

It all started at the airport. Now, I've spent a lot of time at airports, but Changi is something else. It has a butterfly garden, for goodness sake! In fact, it has lots of gardens.

And it doesn't stop there. All the way from the airport into town, the motorway is festooned with flowers. Singapore calls itself 'The Garden City' and lives up to its name.

Of all the places I've visited in the world, my favourite place has to be the Gardens by the Bay. It's like a botanical garden on steroids. Not only are there beautiful gardens in abundance, but so much more. The Supertrees are metal tree-like structures, forming vertical gardens, joined by a walkway with spectacular views of the gardens and city.  Then just when you think it can't get any better, darkness falls and the Supertrees light up in a musical extravaganza called Garden Rhapsody. I just lay on the grass mesmerised and so pleased I'd accidentally stumbled across my favourite place in the world.
​ 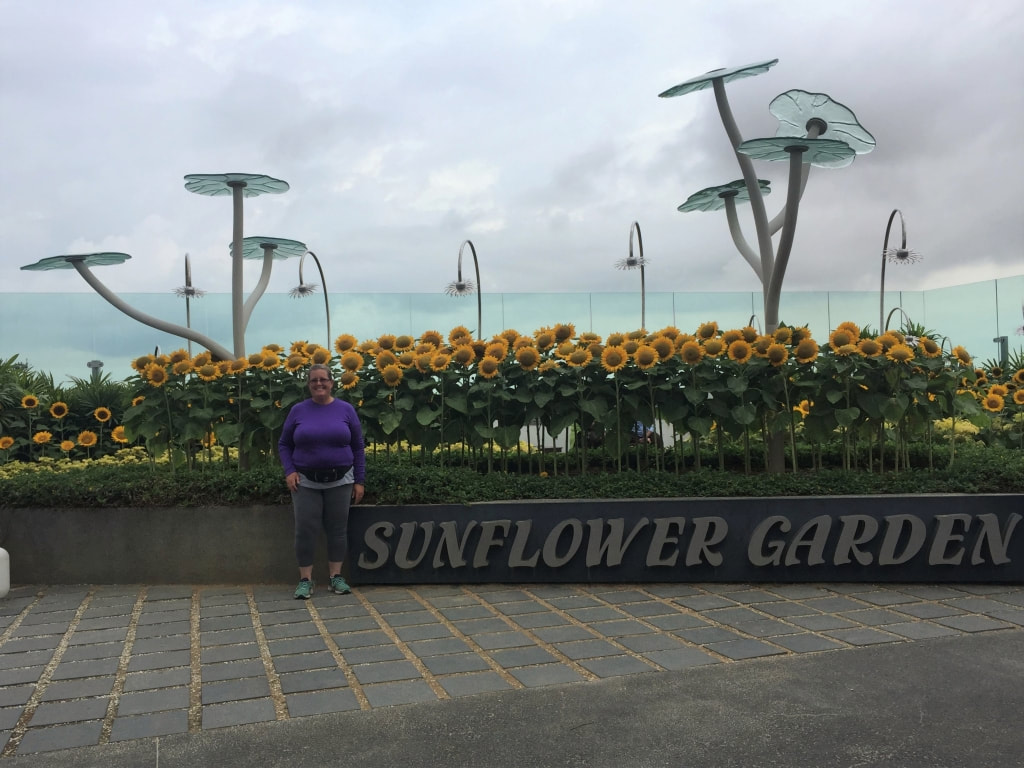 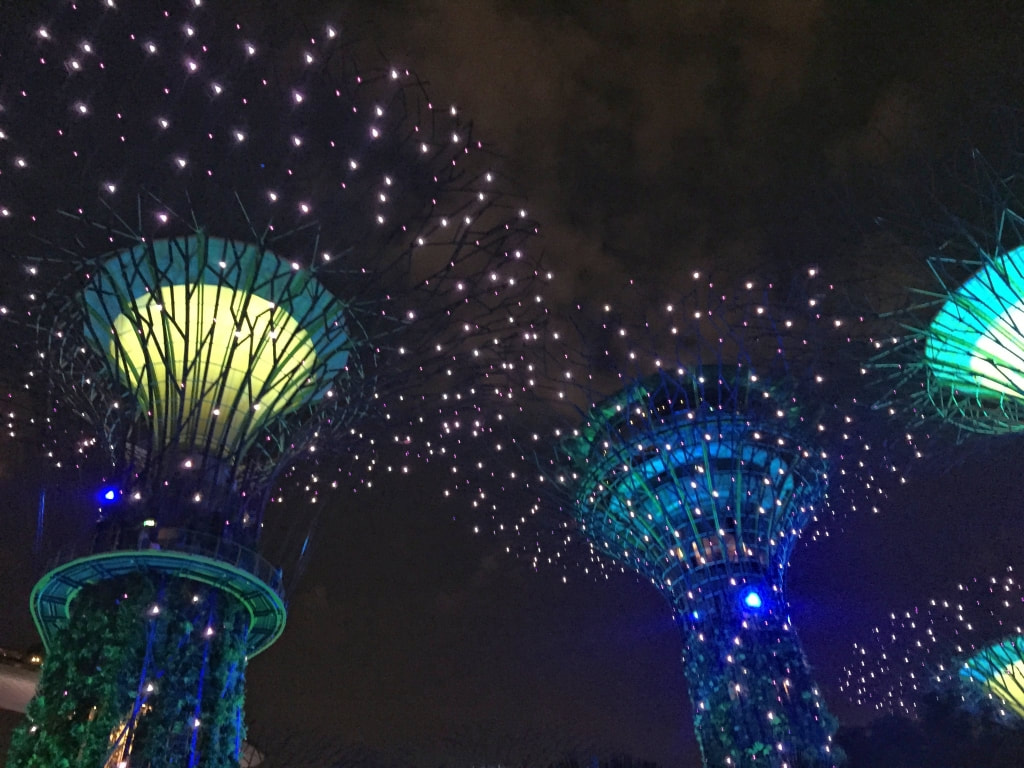 Most Popular Posts on Nomadic Backpacker: