January 19 2022 | Tagged: Mexico
This is the first of two blog posts from a weekend away, I made with Miss CDMX to the Pueblos Mágicos town of Real del Monte in the state of Hidalgo, one of 132 'magical towns' in Mexico. The second blog post details visiting the Acosta Mine. 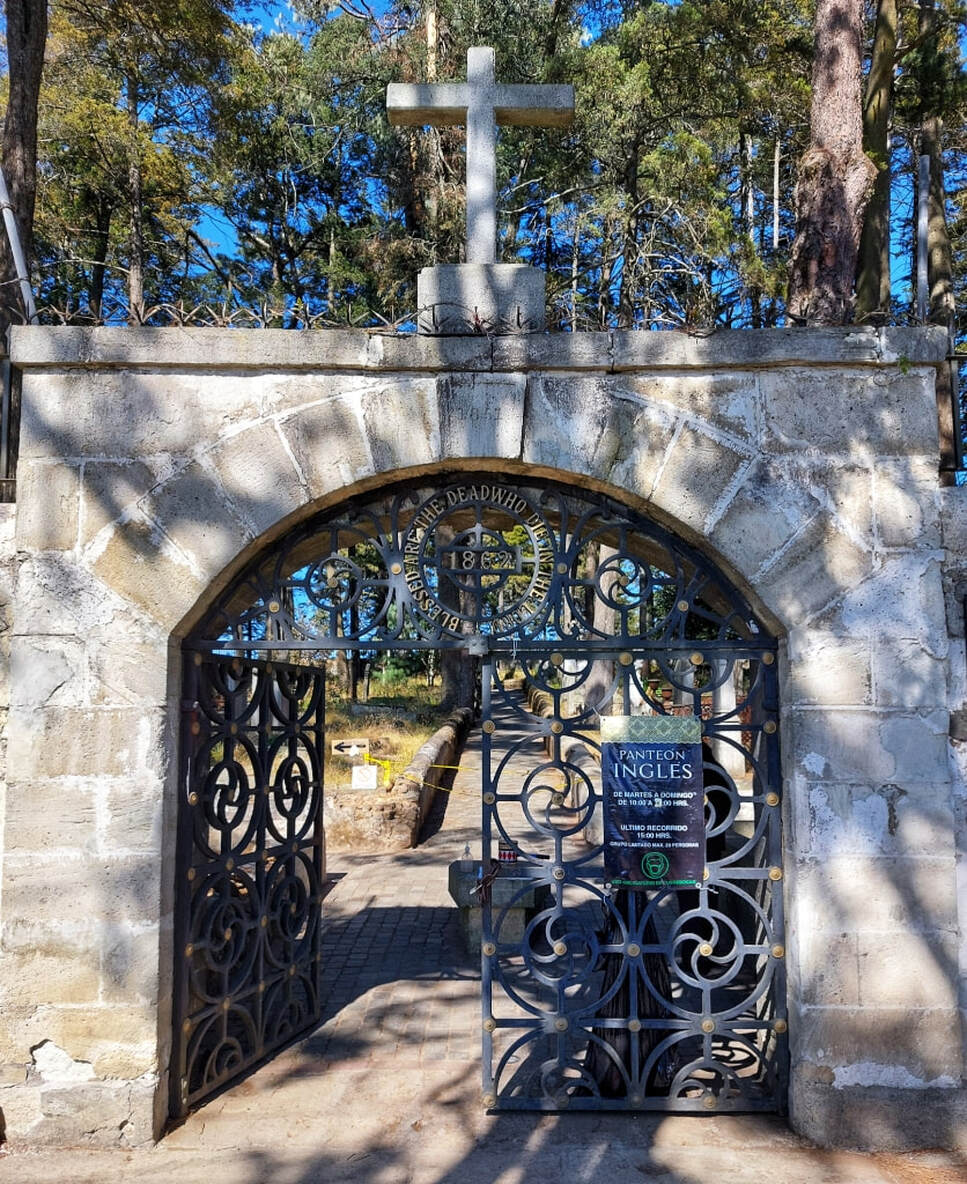 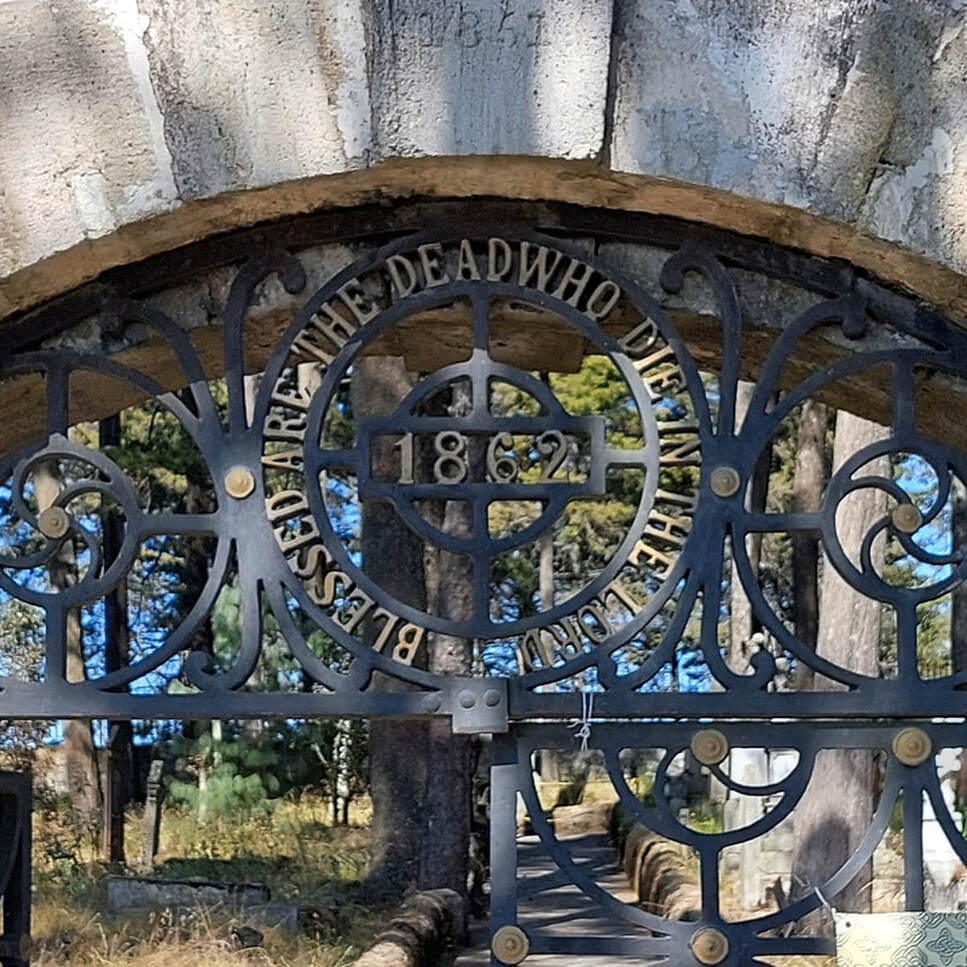 "Blessed are the dead who died in the lord" 1862
Real del Monte, formally Mineral del Monte, is less than 20km from Pachuca, the capital of the State of Hidalgo.

It lies at an altitude of 2700m. Despite living in Mexico City at 2300m, for months, the steep roads in Real del Monte made us breathless and of course in January at such an altitude, the nights were cold. Just 2 deg C. Not a big deal in centrally heated houses. Here is like Tunisia. Inside is like outside. 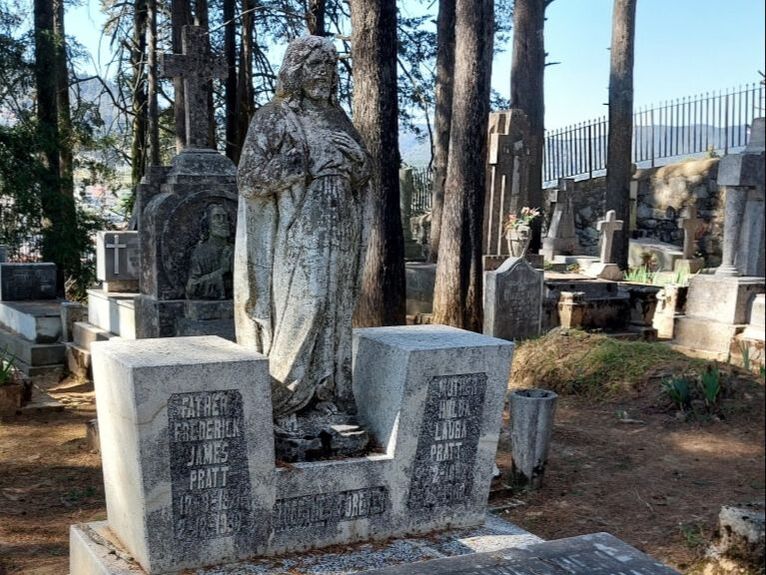 Real del Monte has a long history as a mining town. The 'English' arrived in 1824, mostly from Cornwall and the Panteón Inglés or the English Cemetery was established in 1851 although the earliest gravestone is of Robert Tindall who died in 1834 and there are many from Scotland, Ireland and Wales as well as from China, Germany and Holland. Mexicans buried here are descendants of the British who lived in Real del Monte. 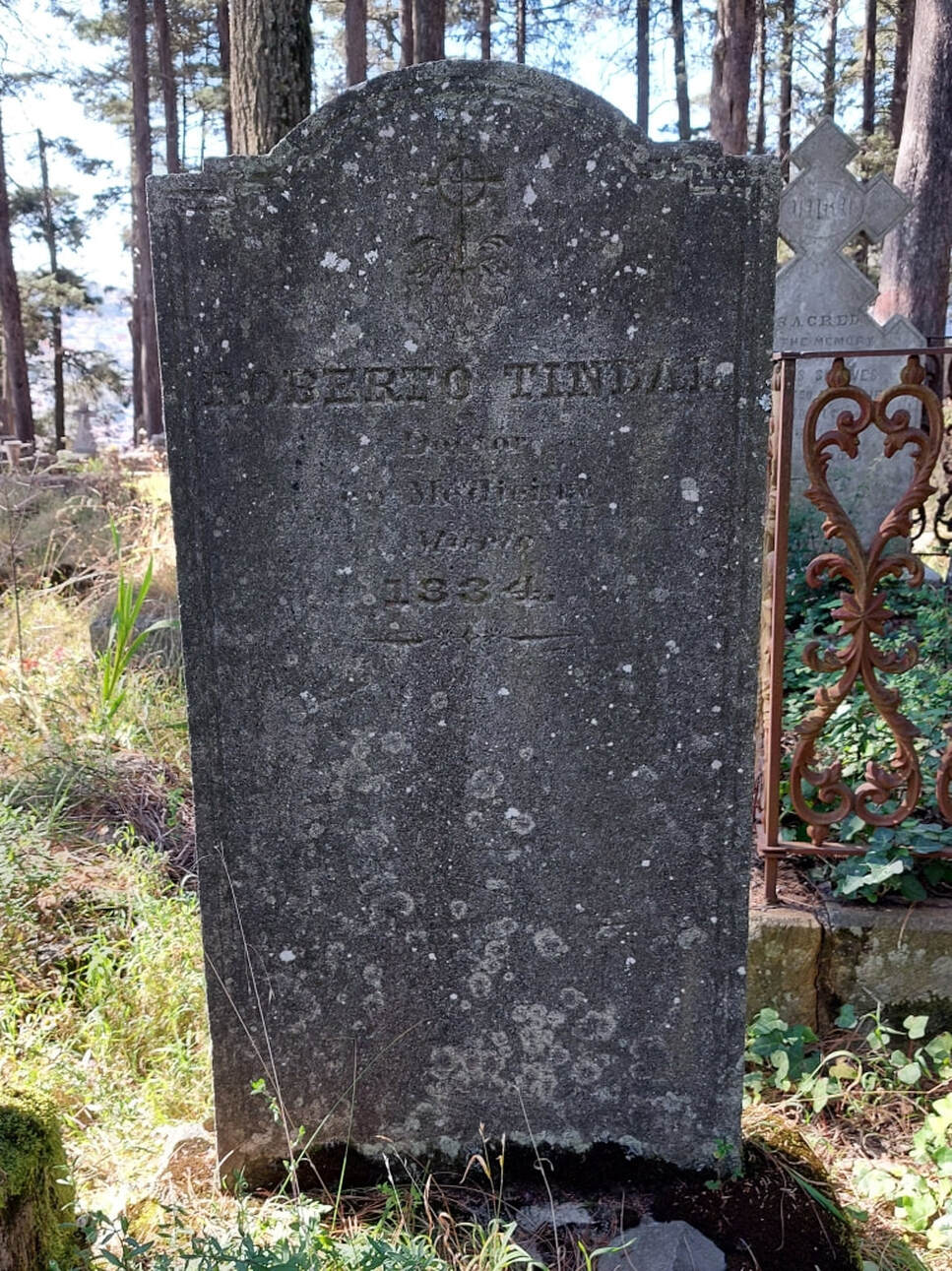 There are many masonic symbols to be found on gravestones in the Panteón Inglés: 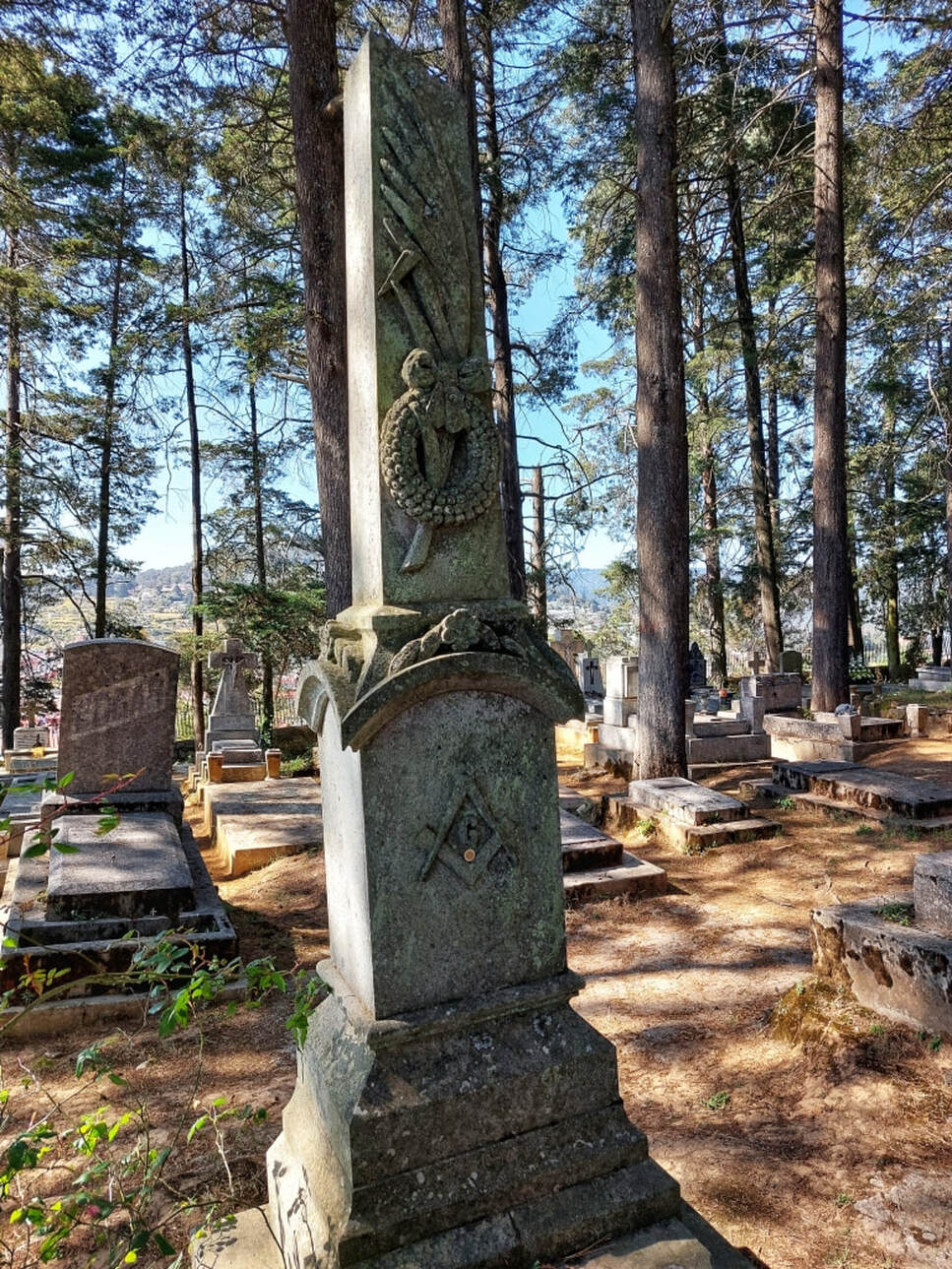 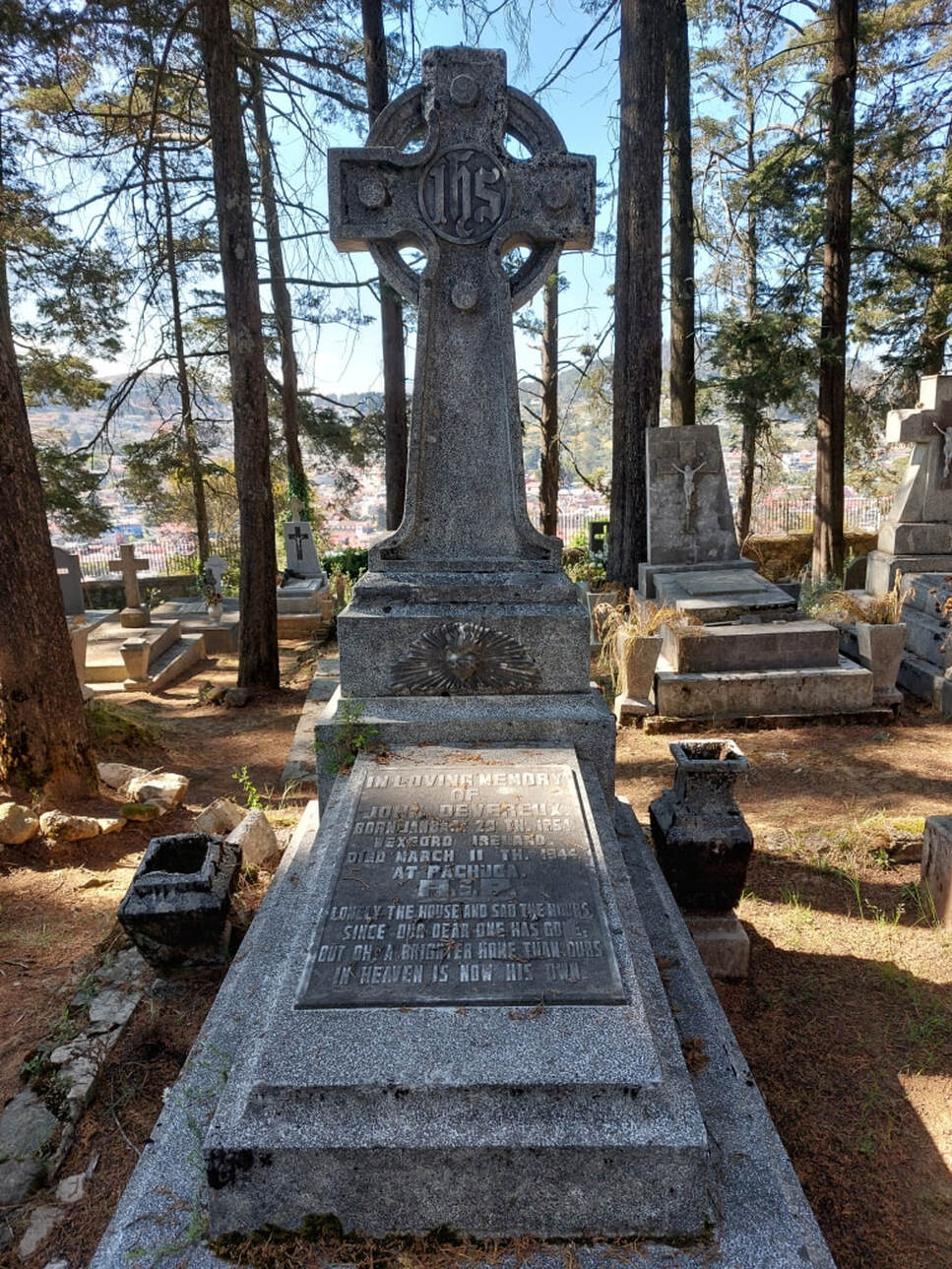 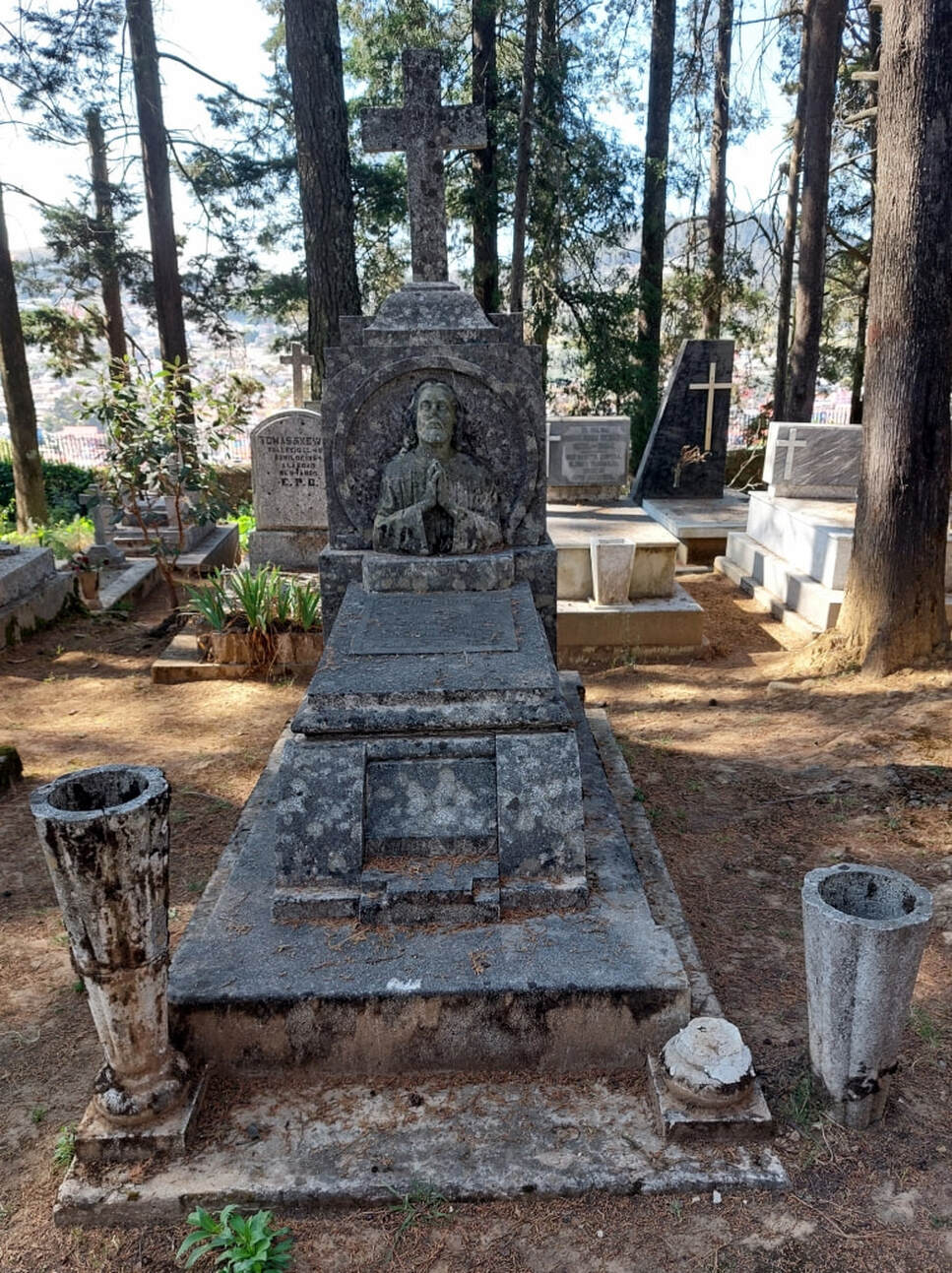 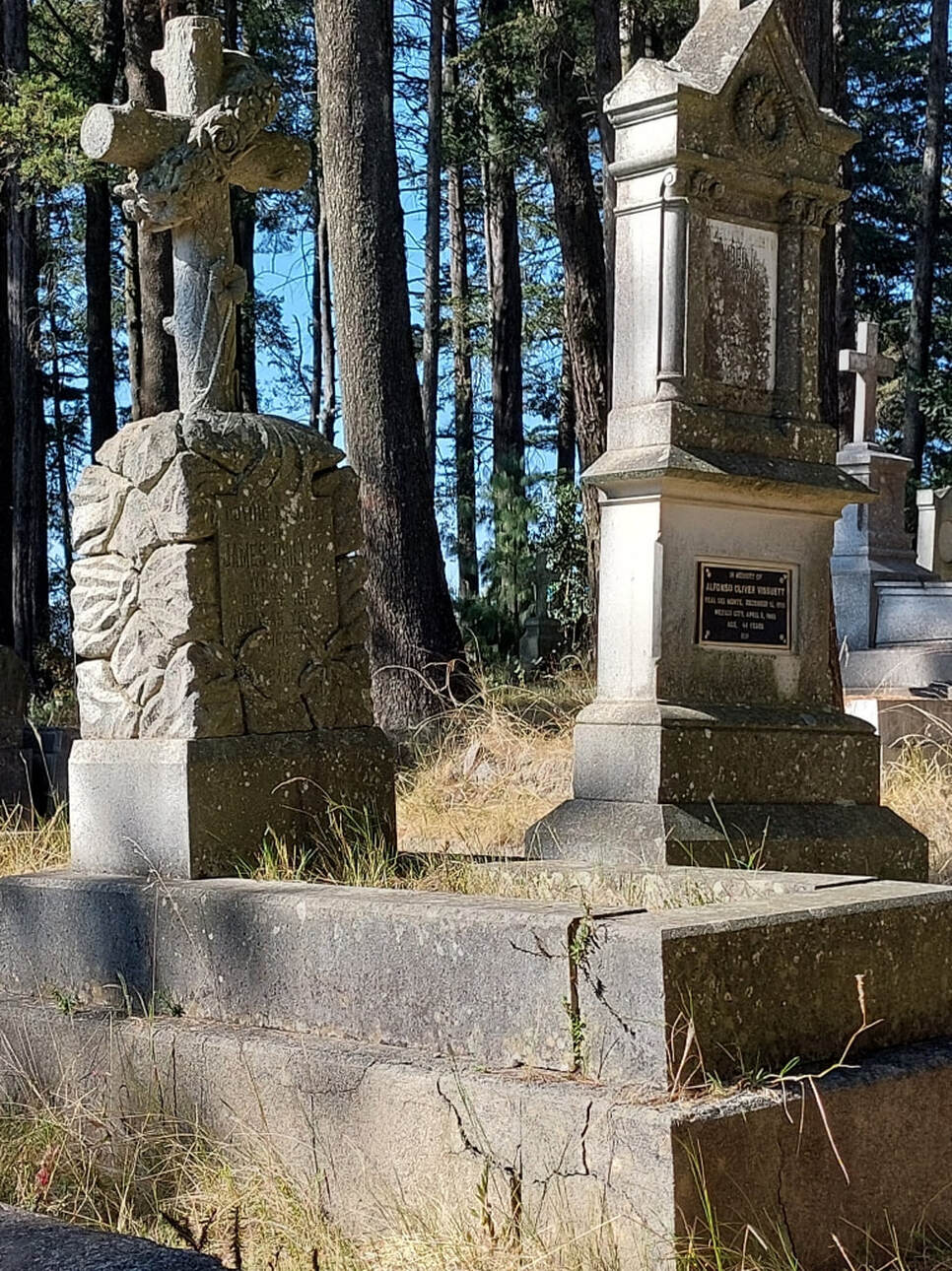 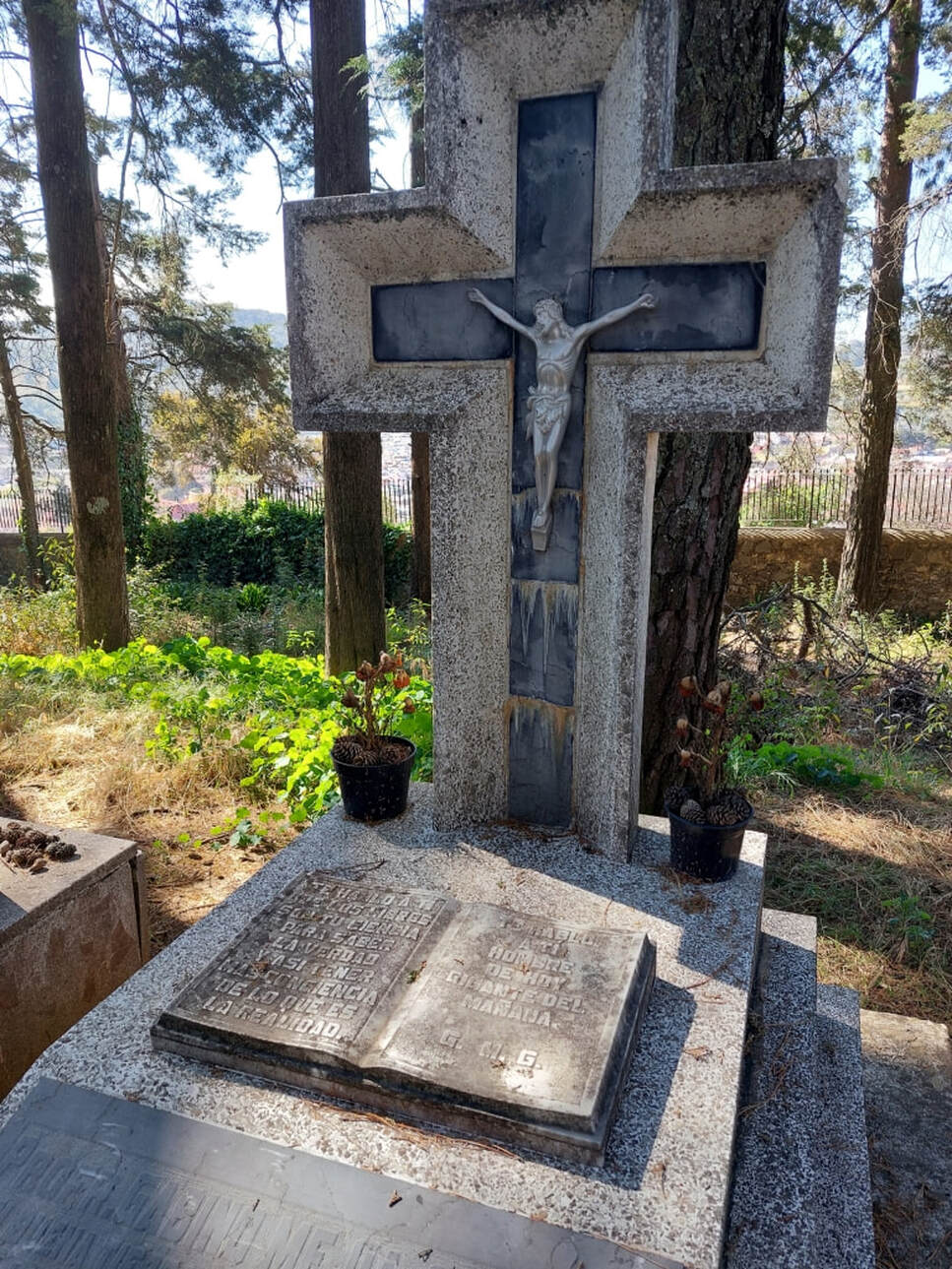 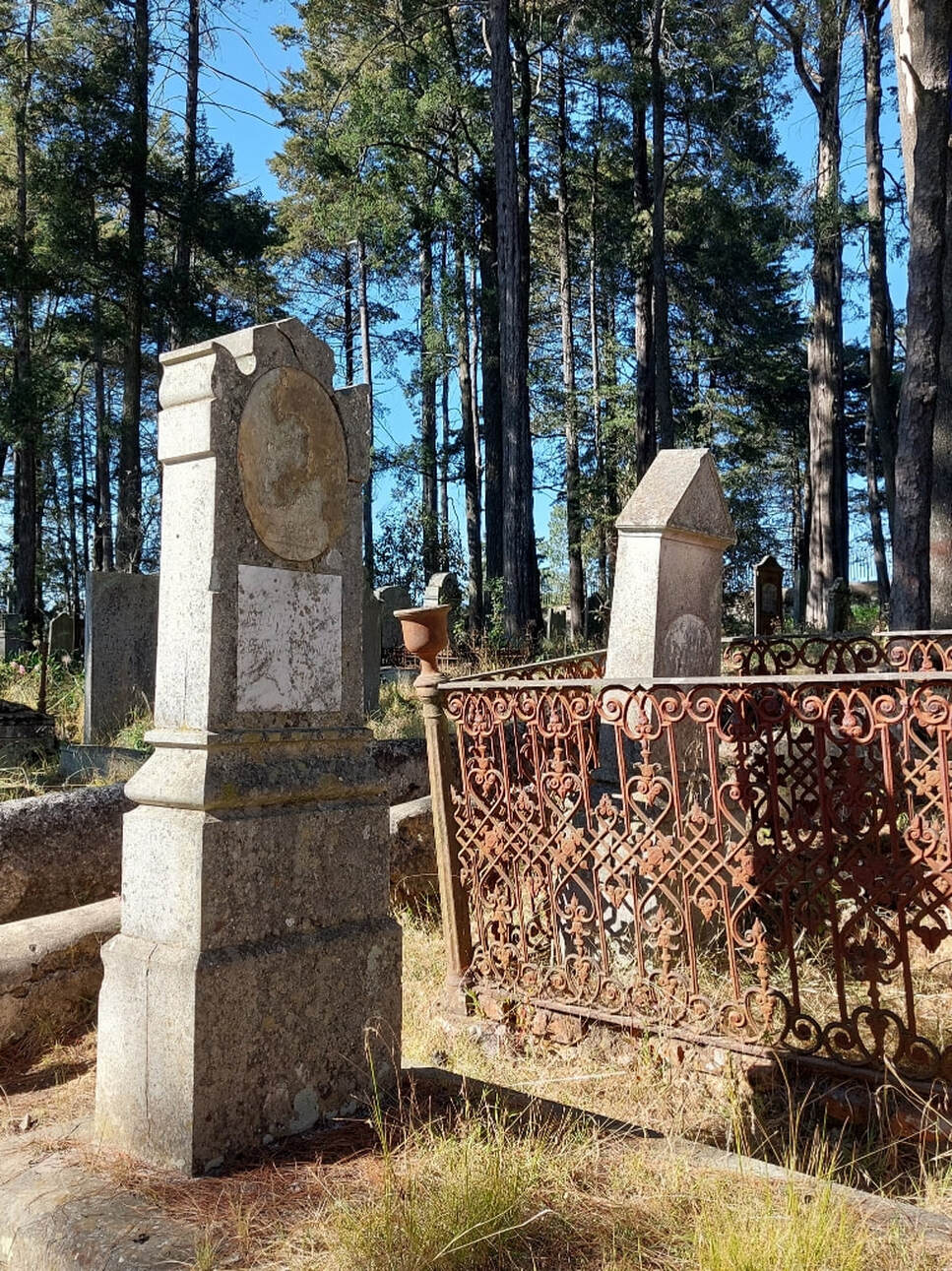 There is a memorial to John Vial, a Mexican English soldier who died of wounds received on the Somme, September 5th 1916. He is buried in Rouen in France.

Prince Charles laid flowers on his visit to Real del Monte, in 2014: 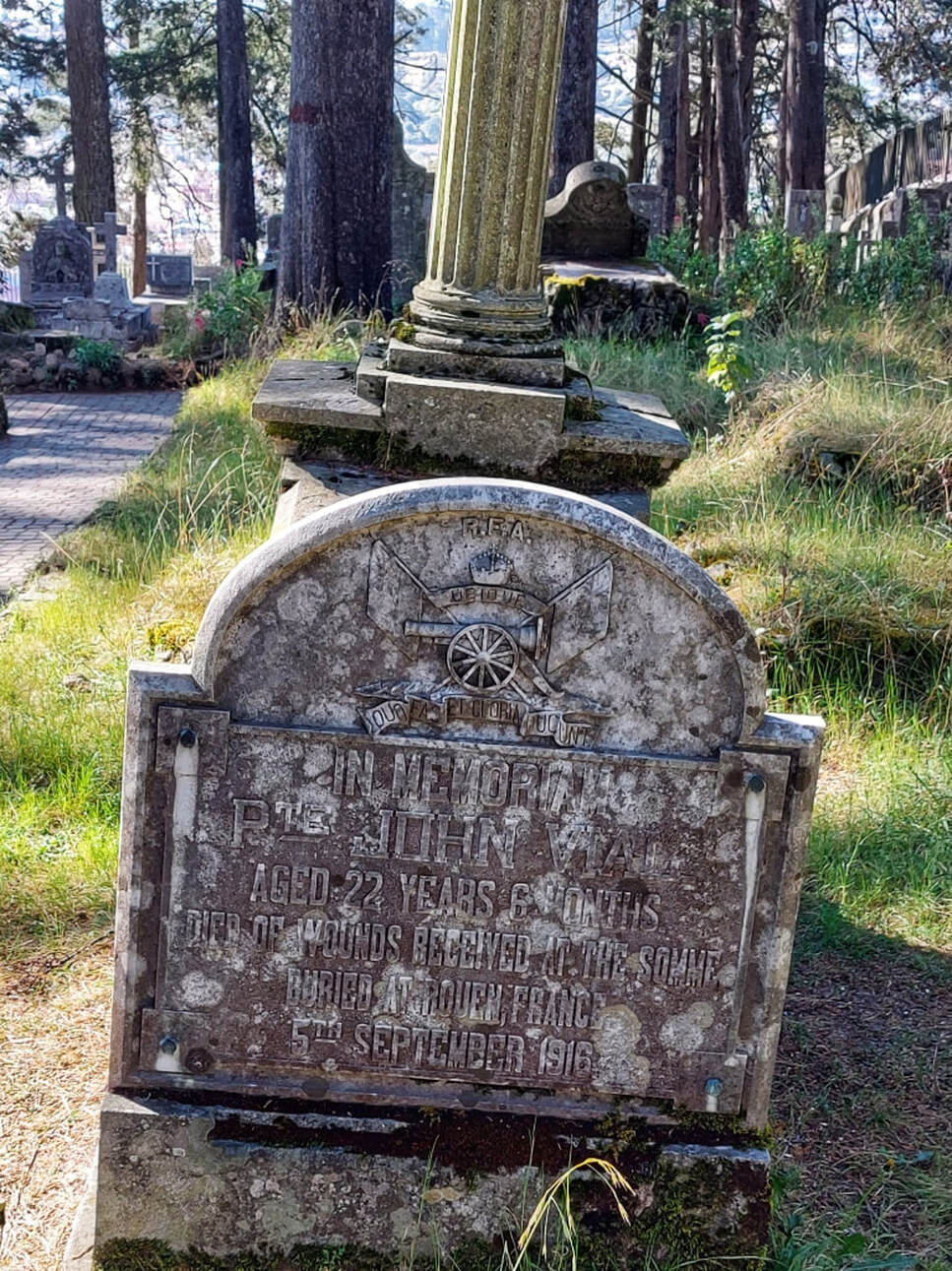 You will notice the pillar at the head of the grave. It looks like it has been broken but no. This is because the soldier died at a young age, his life cut short: 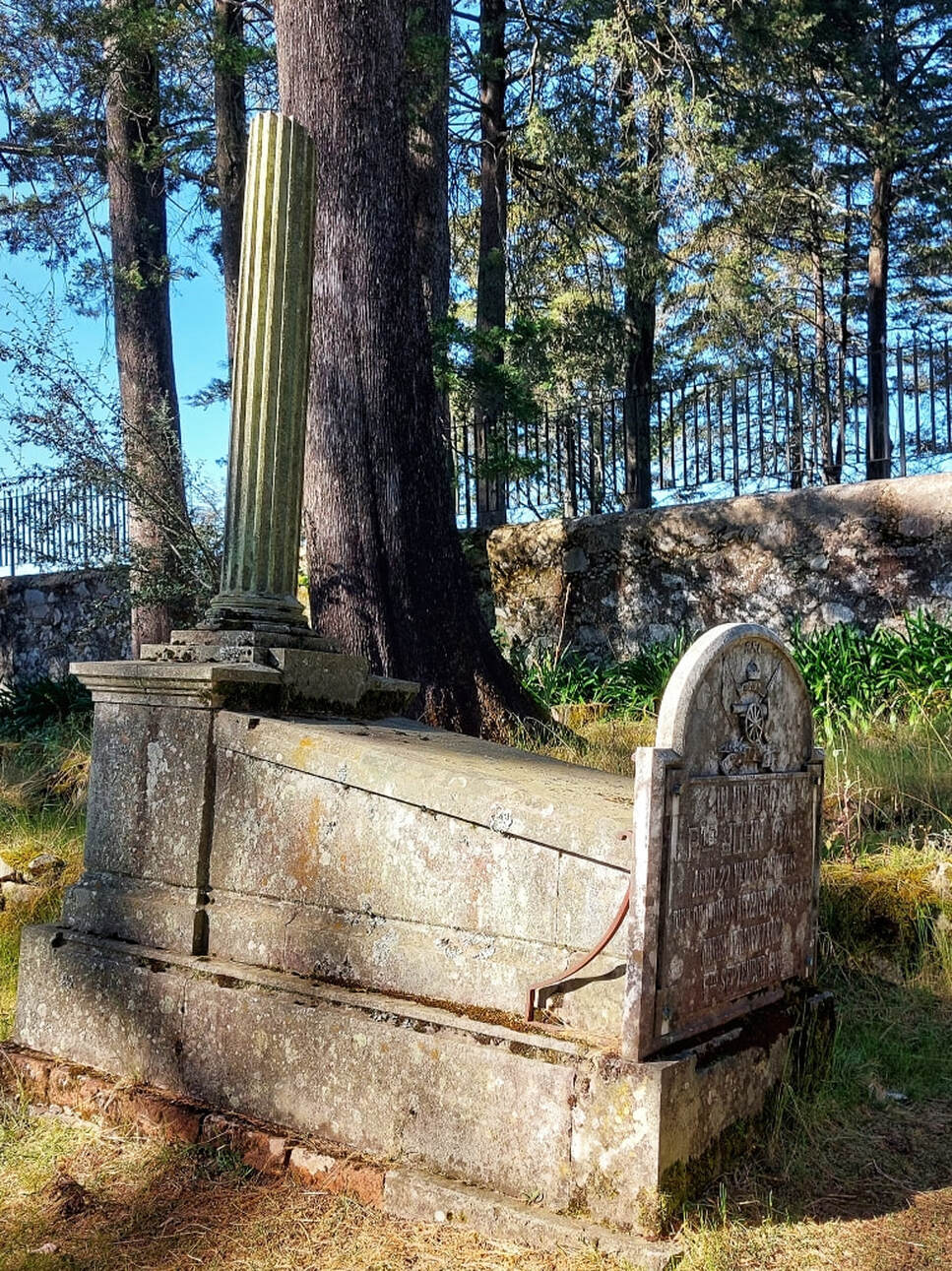 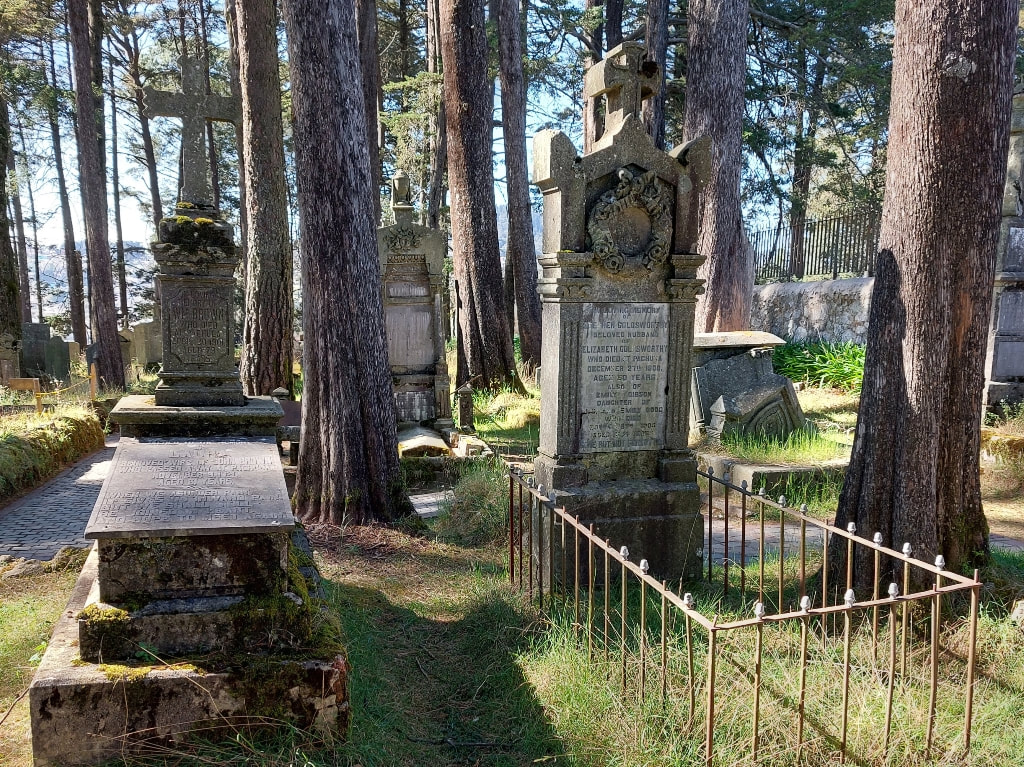 We met the current caretaker of the English cemetery, María del Carmen Hernández Skewes daughter of Inocencio Hernandez Lara, who worked at the cemetery for 47 years and received recognition from the Queen in 2005.
​
She opened the small museum next door just for us, seeing as we had come all the way from England so we could see the list of names of the people buried here. 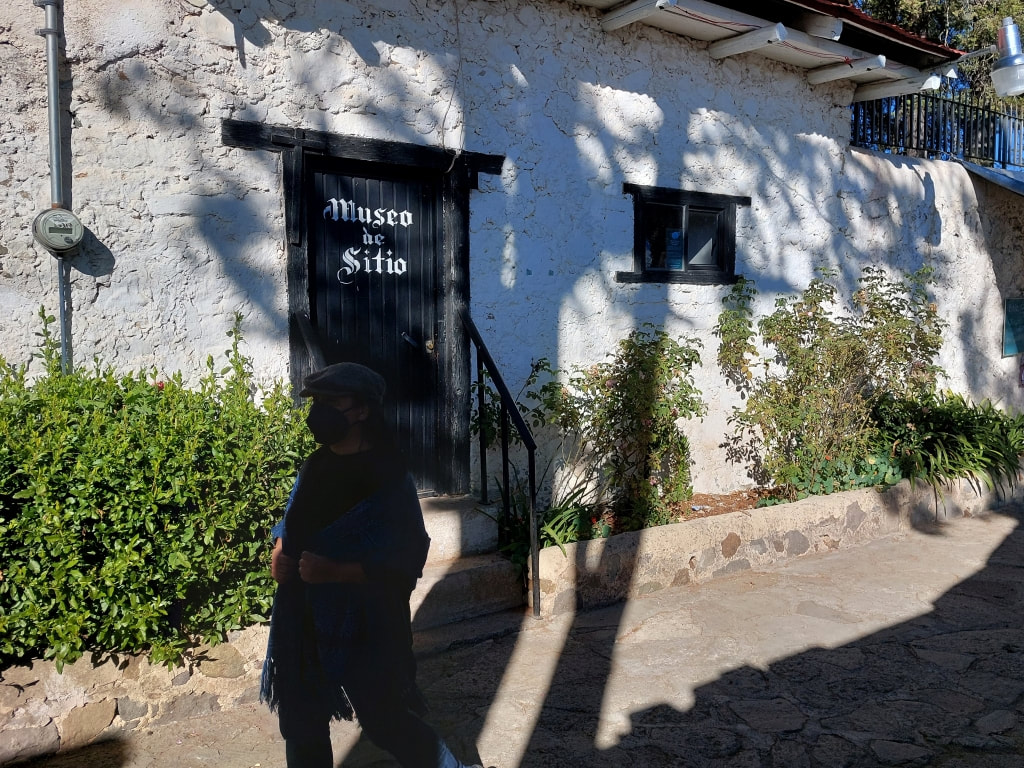 Miss CDMX chatting with María del Carmen Hernández Skewes in the small museum adjacent to the Panteón Inglés in Real del Monte, in the Mexican State of Hidalgo: 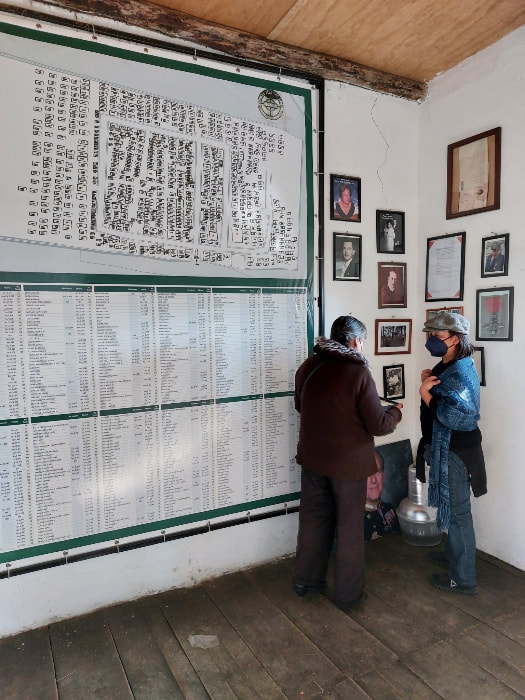